Navigating to Annecy In The French Alps

By the time we finally left Paris behind, we knew we were in trouble time wise so decided we would need to travel the Autoroute at 130 km/hr (80mi/hr) rather than meander the local routes. David plotted the new route and we ticked off our milestone points knowing we would miss our 6pm hotel check in time. Before arriving in Annecy in the French Alps our delays would cost us 33€ in tolls.

While we had originally planned to stop in Lyon for lunch, our long delay getting out of Paris left us little time for sightseeing along the way. The Autoroute was not as scenic as the local roads but we did see the French countryside from afar. We saw many fields of sunflowers with drooping heads but unfortunately did not get to see the large fields of bright blue lavender in bloom. As we approached the French Alps, the highway started to hang off the side of the mountain. There were tunnels in places, with one super long dark one (to test our lights were working).

Arriving in Annecy in the French Alps as dark was descending, we struggled to navigate with only hotel web directions and no good local map. I thought “I did good”, having to only retrace our path once before we were on the right street. Getting to our hotel in each new town on this tour of France would prove to be a stressful experience, with David’s patience and tolerance strained.

We got to the hotel, unloaded and headed off to find the parking garage. Parking was not an offered “feature” for most local hotels. The hotel would cover part of the parking cost in Annecy but in Nice we were on our own for parking. As David took his hotel pic, I would again stand in the window, leaning over the balcony. This time I got his attention by calling “Romeo Romeo wherefore art thou” – much to the amusement of the front desk attendant. 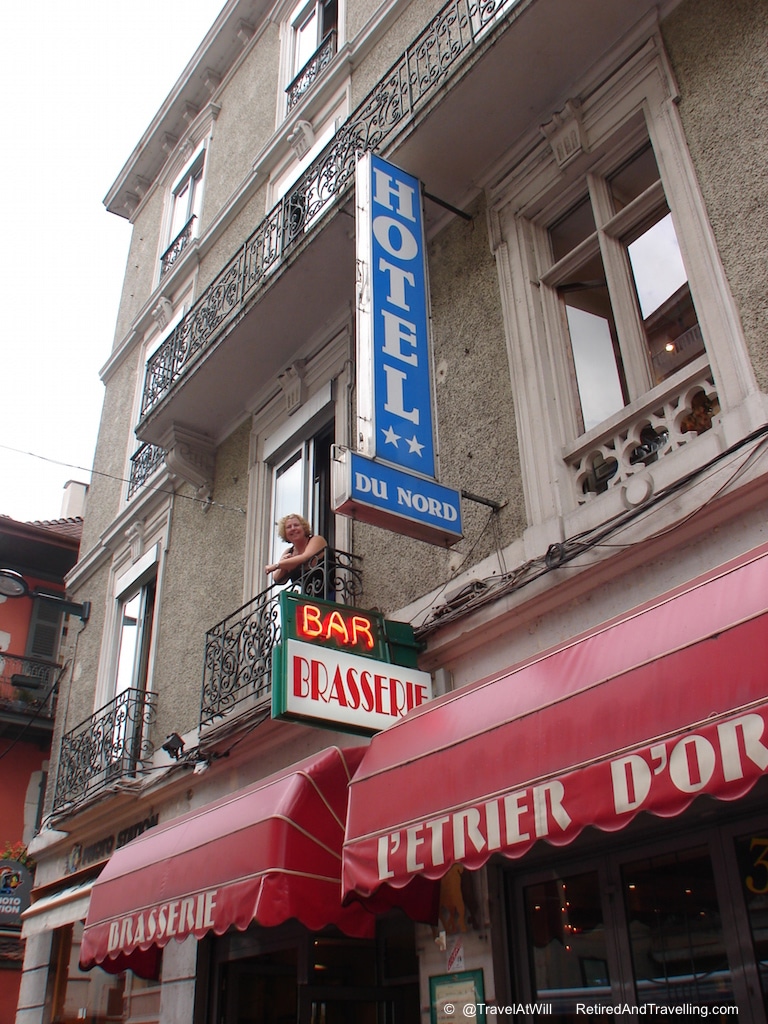 After unpacking we walked around looking for a restaurant for dinner. We were tired and hungry – but we had to find the right spot with the right view. After chasing down what turned out to be a fast food burger joint overlooking the lake, we found a very nice Italian restaurant with a romantic ambiance. We decided to splurge on a full dinner with Kir to start and a full bottle of wine. Even the bread could not absorb enough to keep us from quickly becoming tipsy. 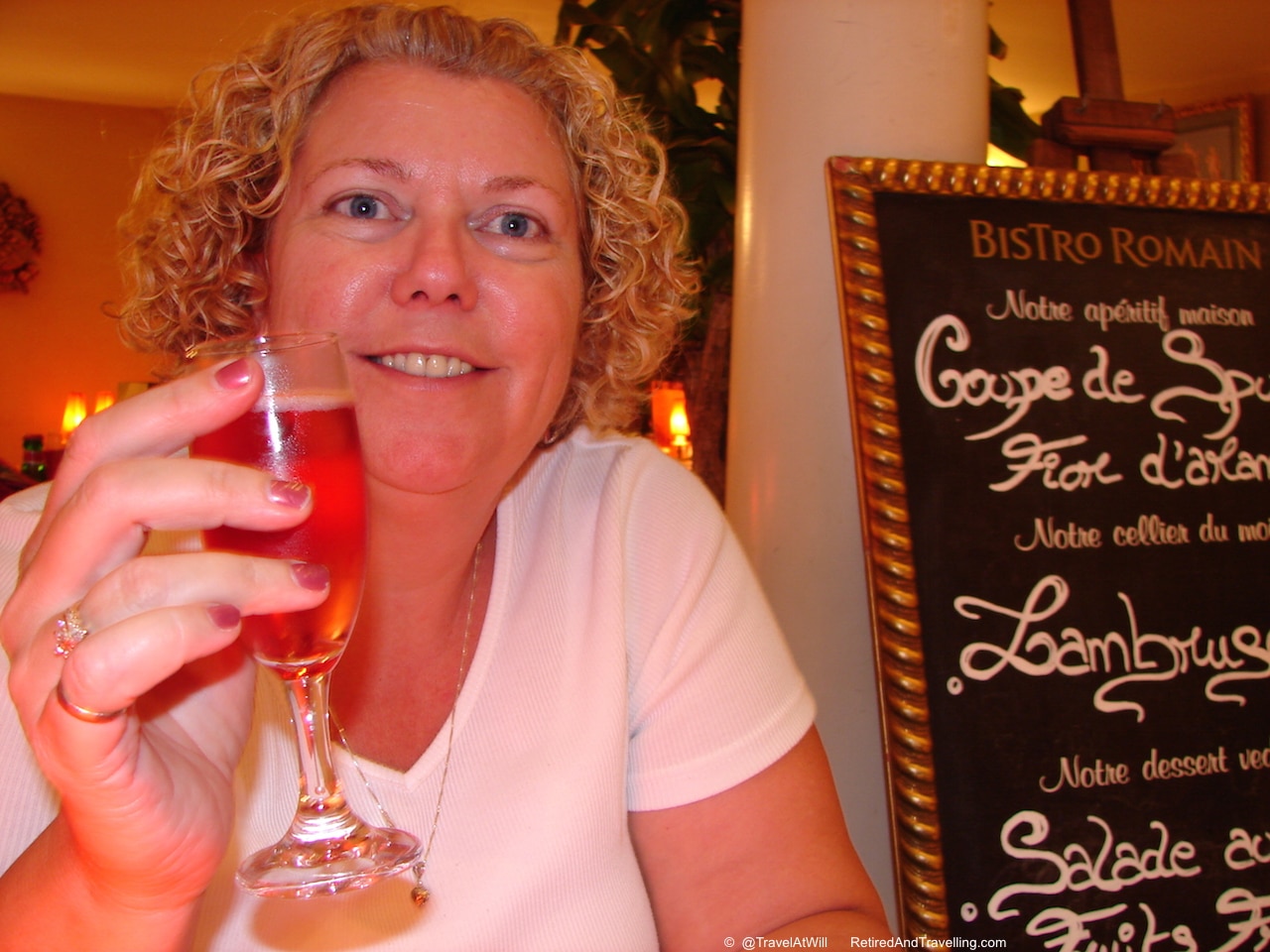 Halfway thru dinner we heard the scream of fire trucks, only to have them stop at the restaurant. Was it a problem with the “brulet” or the “flambé”? While they hauled in hoses, the staff and patrons continued on, virtually oblivious to the “pompiers” (firemen). It turned out that there was a major flood from the flash storm we were getting. Navigating to the bathrooms was quite a challenge! 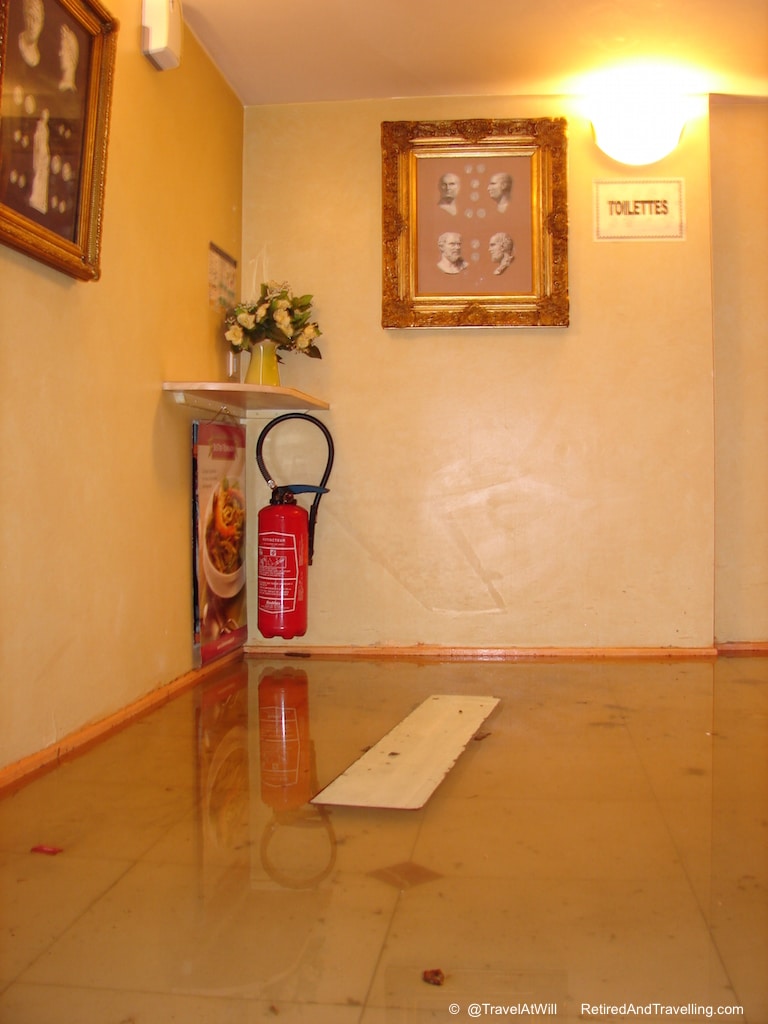 It was still rainy and lightening was lighting the sky as we walked back to the hotel, obliterating any view of the little town, nestled by a lake in the mountains.

Wandering The Canals Of Annecy

David got up early and slipped out for a walk in the rain to take pics of the quaint town of Annecy in the French Alps. He wandered around the streets and alleys capturing many of the town sites. 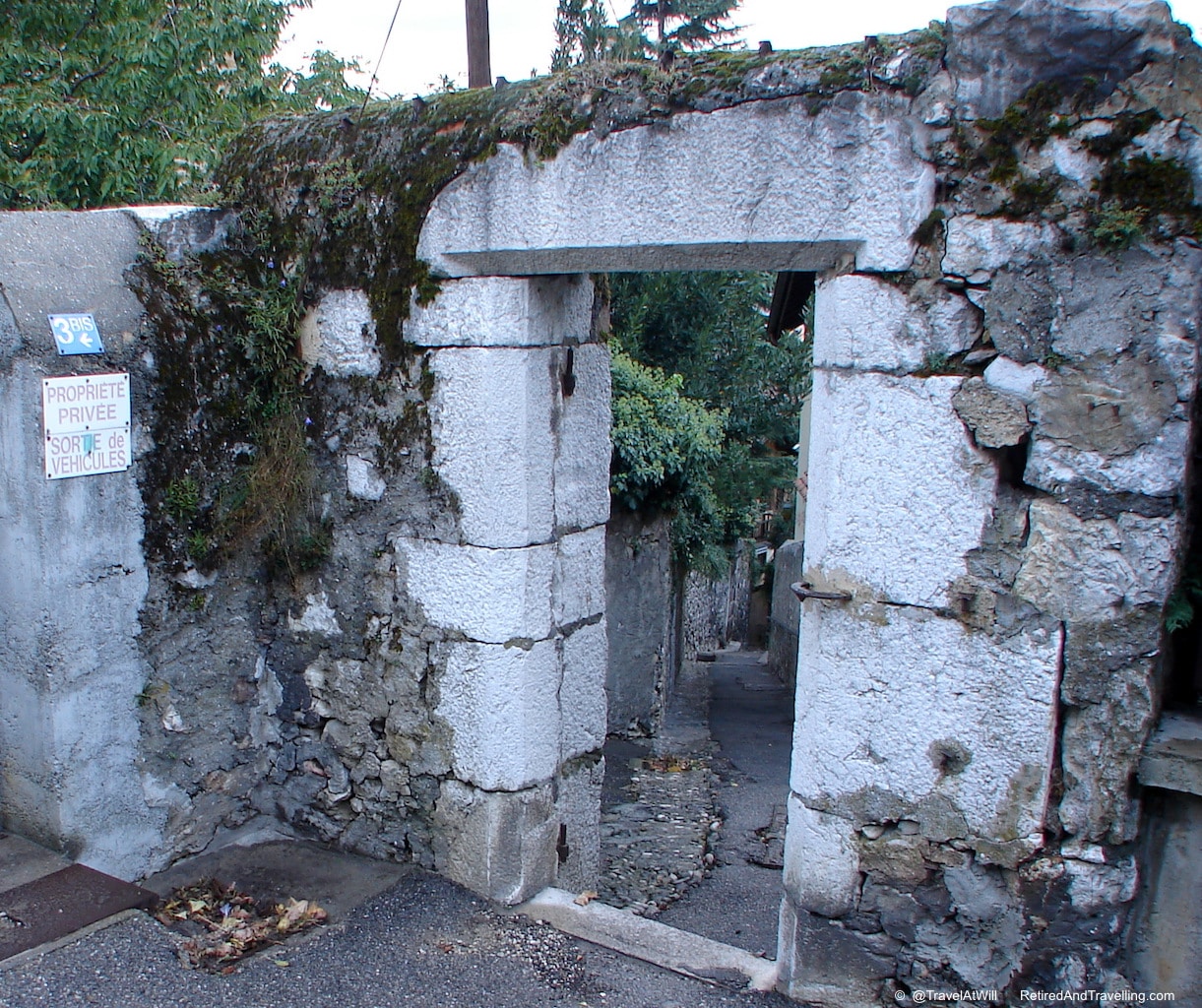 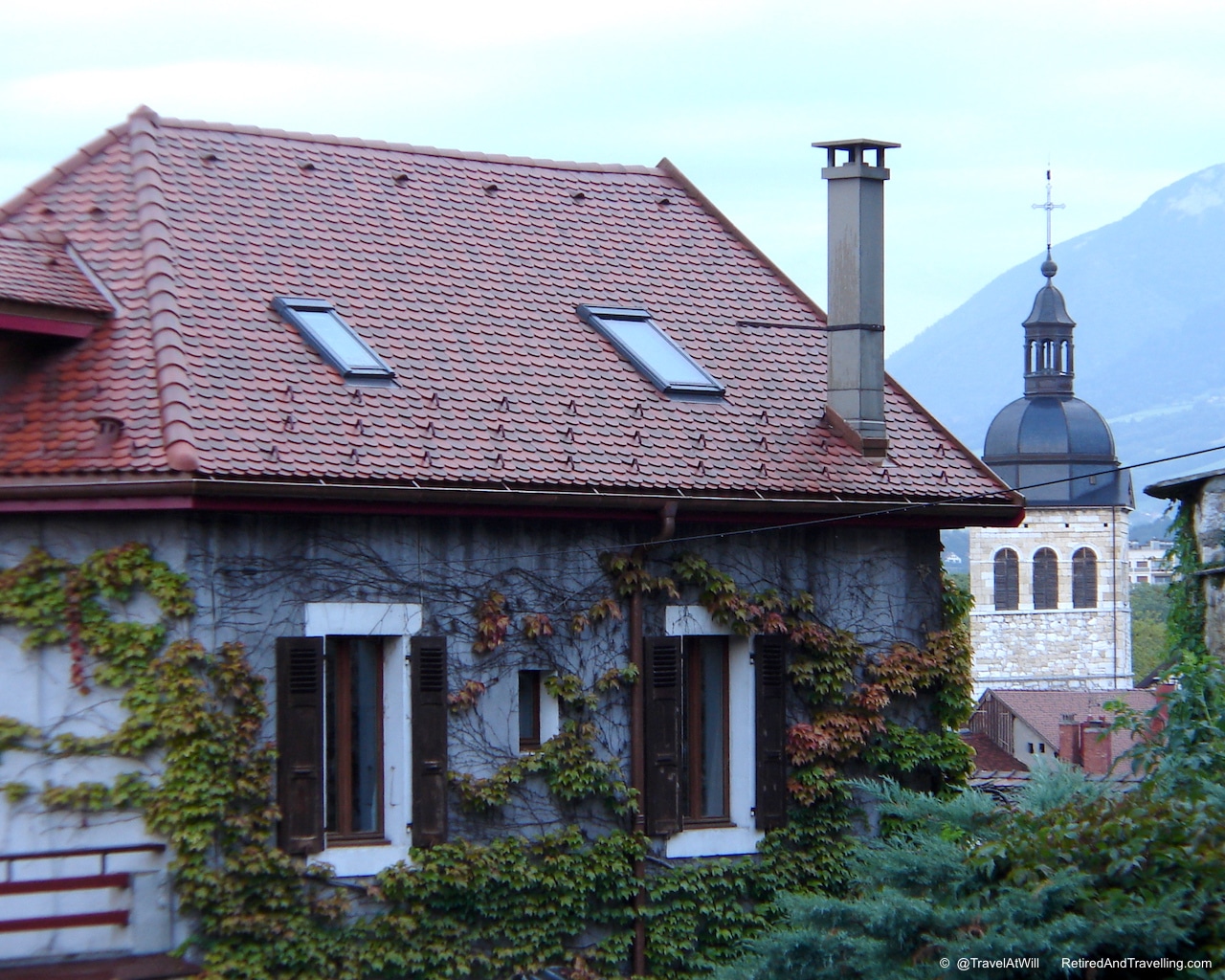 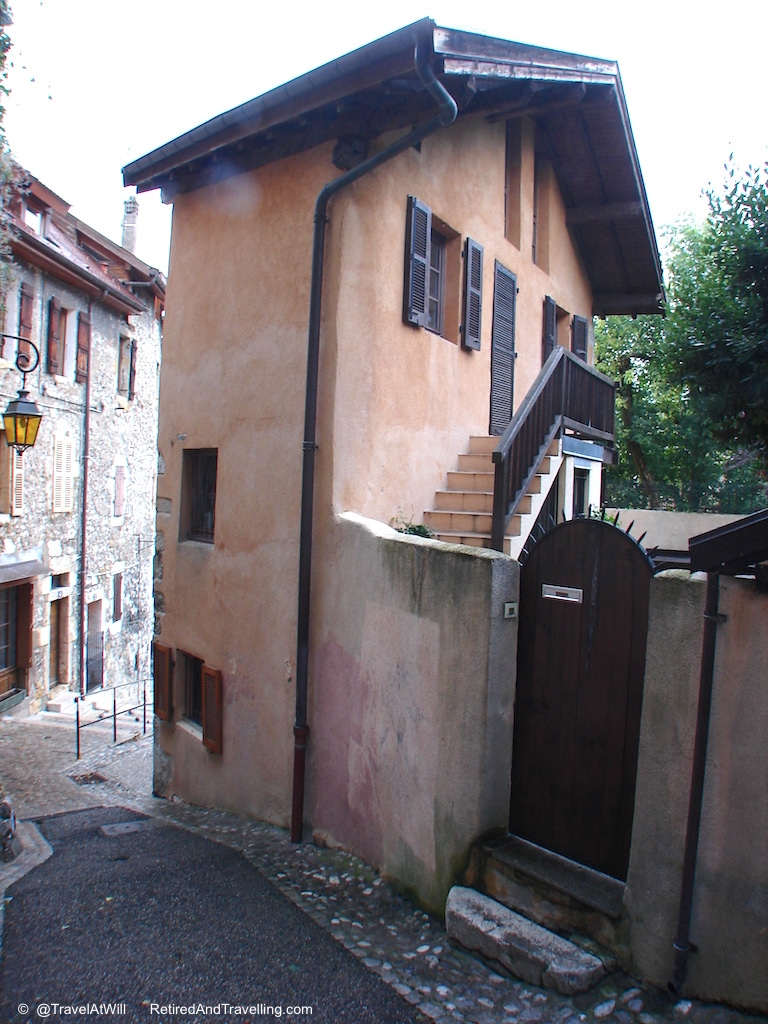 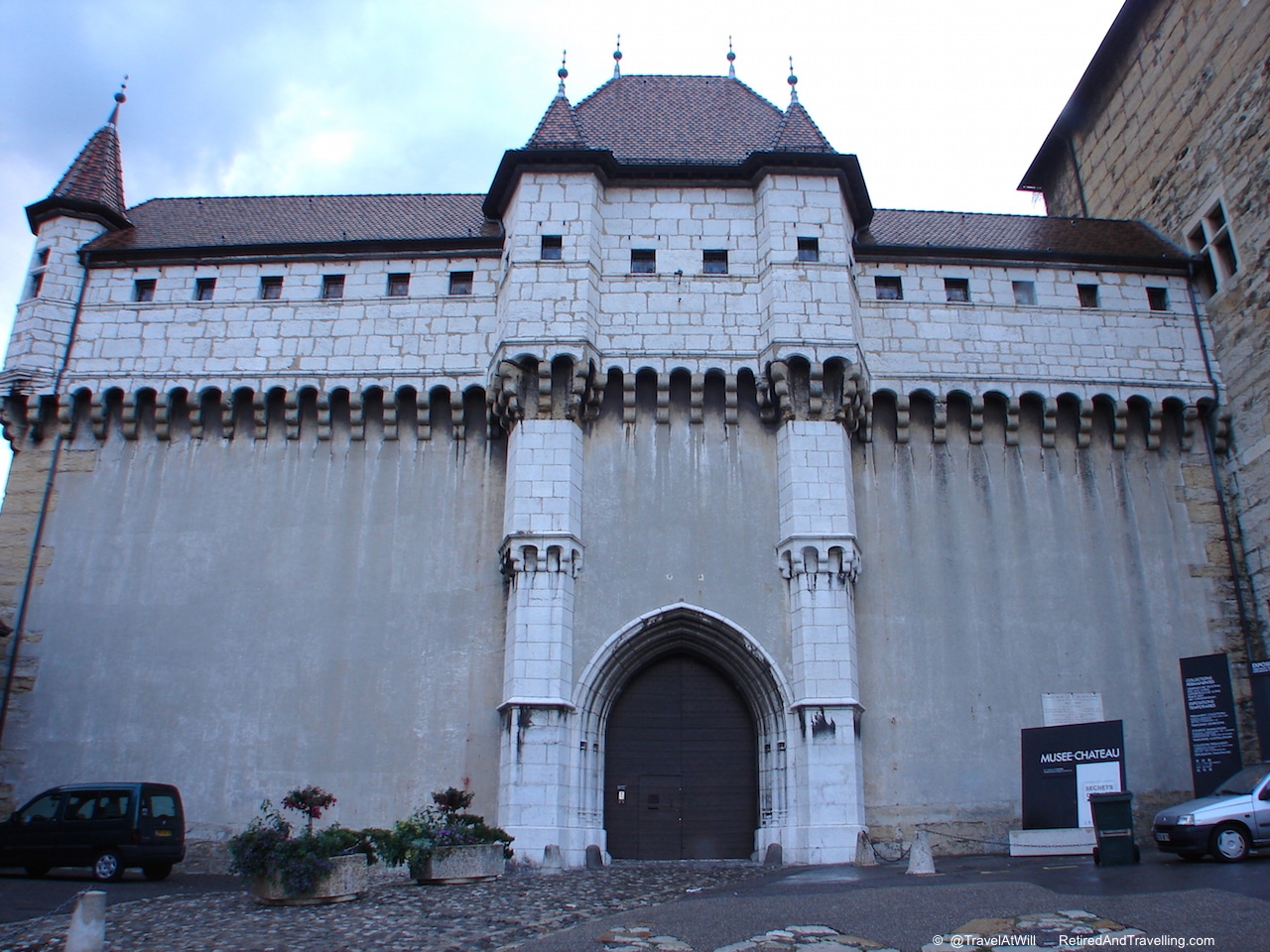 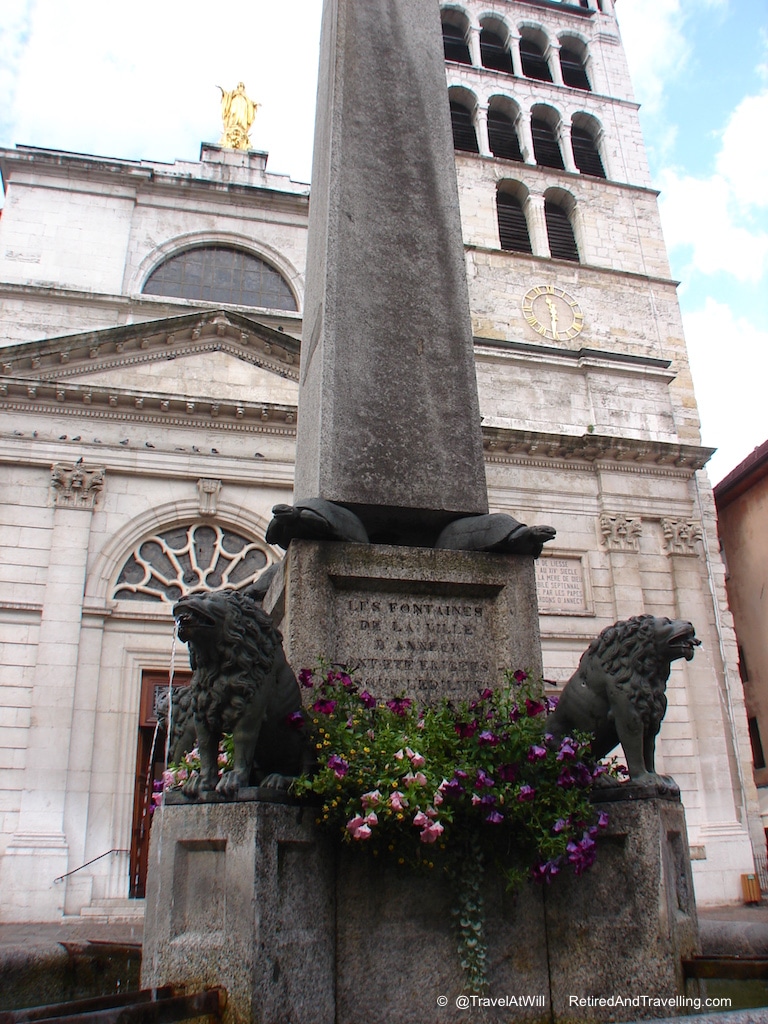 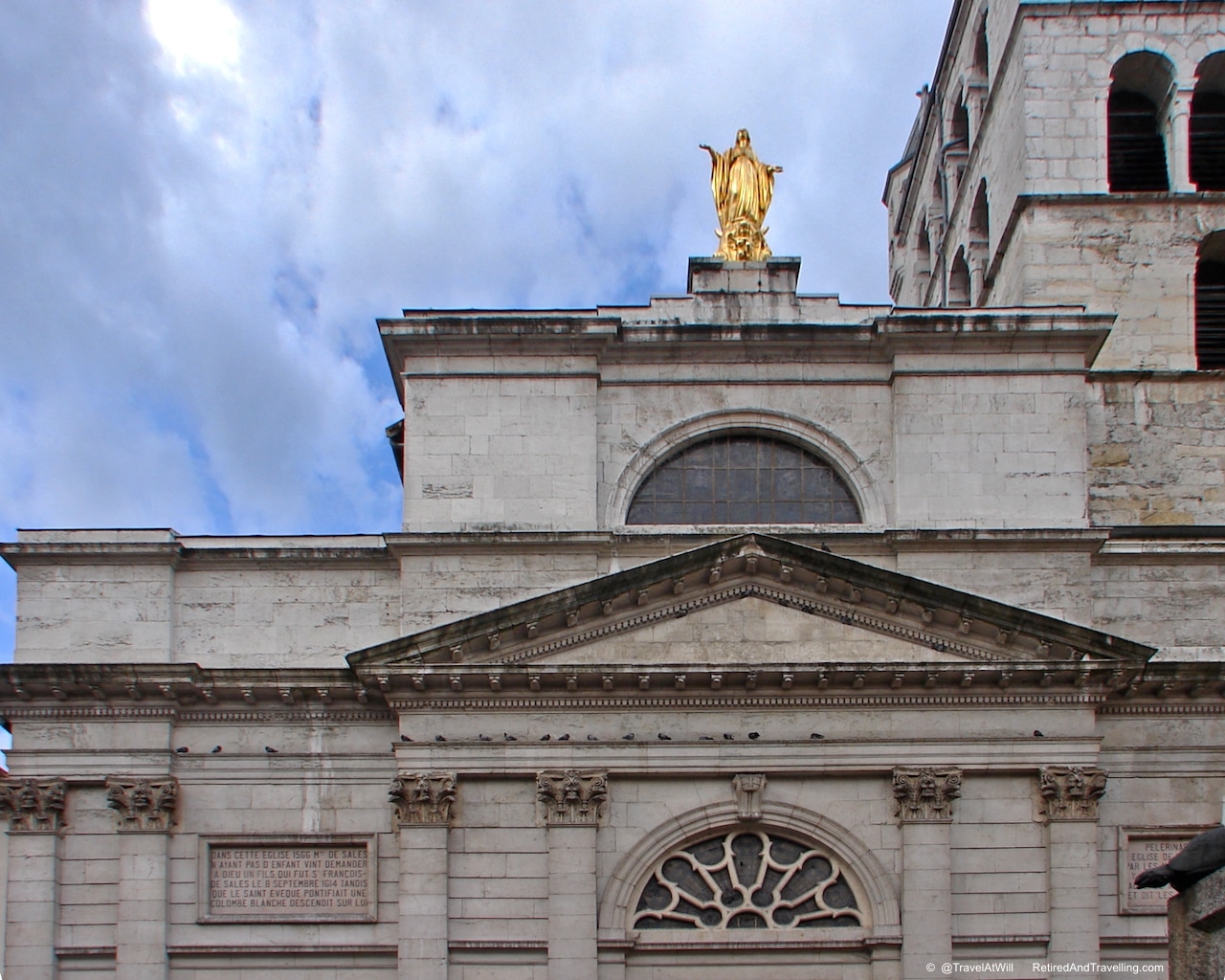 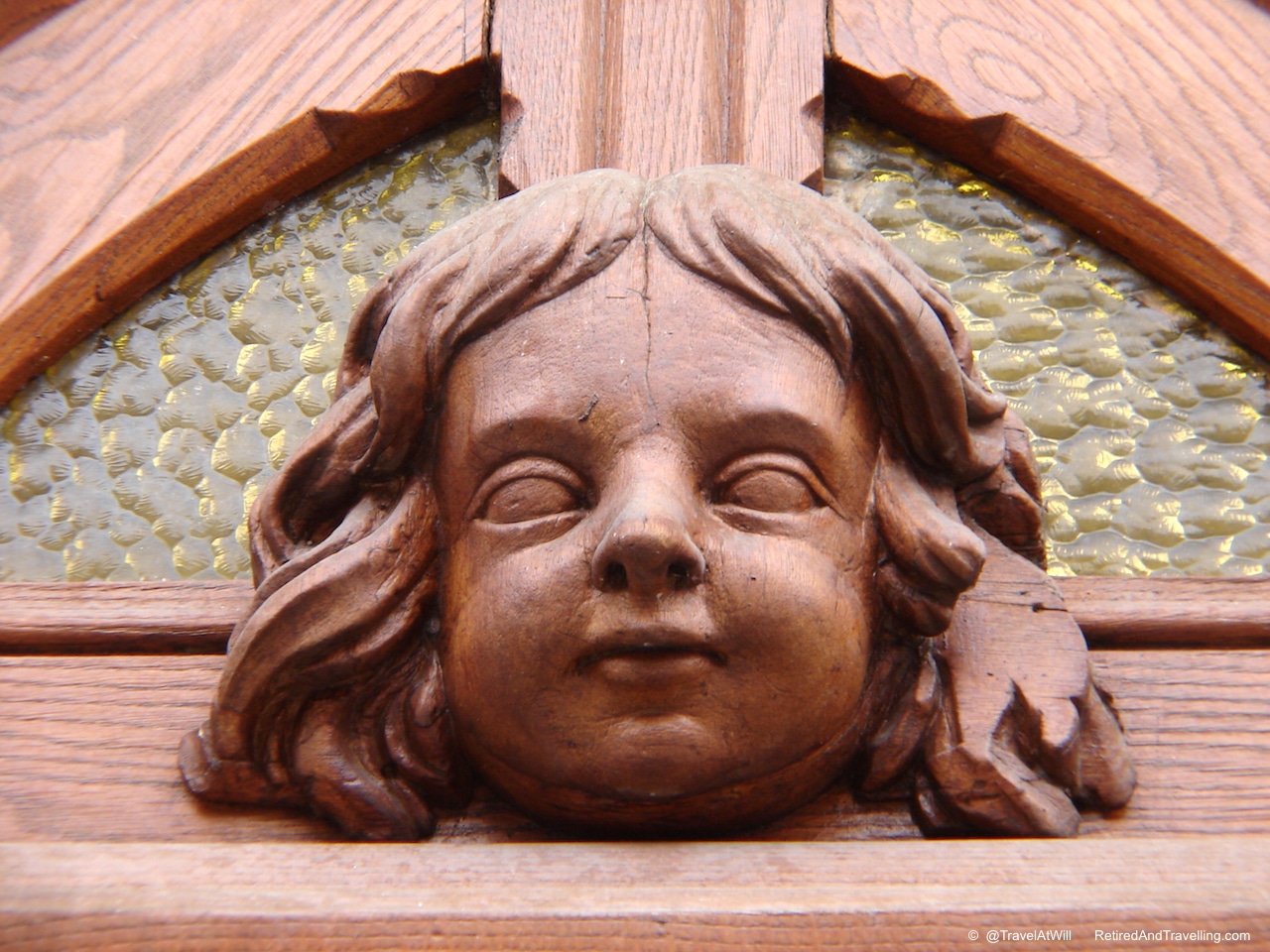 Returning to the hotel to pick me up, we went out to retrace his steps in the drizzle. Since Annecy in the French Alps is known as the “Venice of the Alps”, we spent time exploring the pretty canals and houses decorated in flowers, nestled under the mountains. 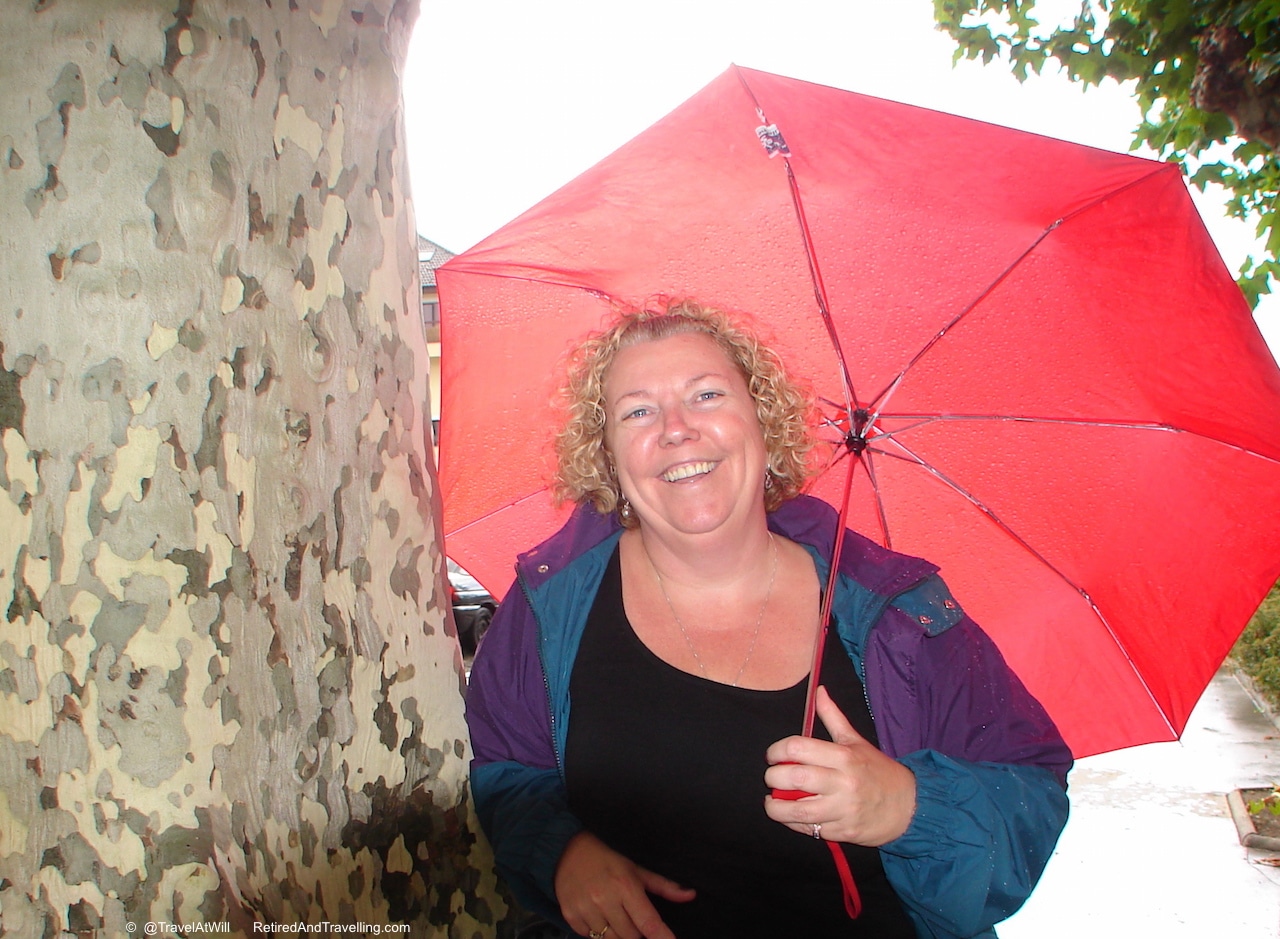 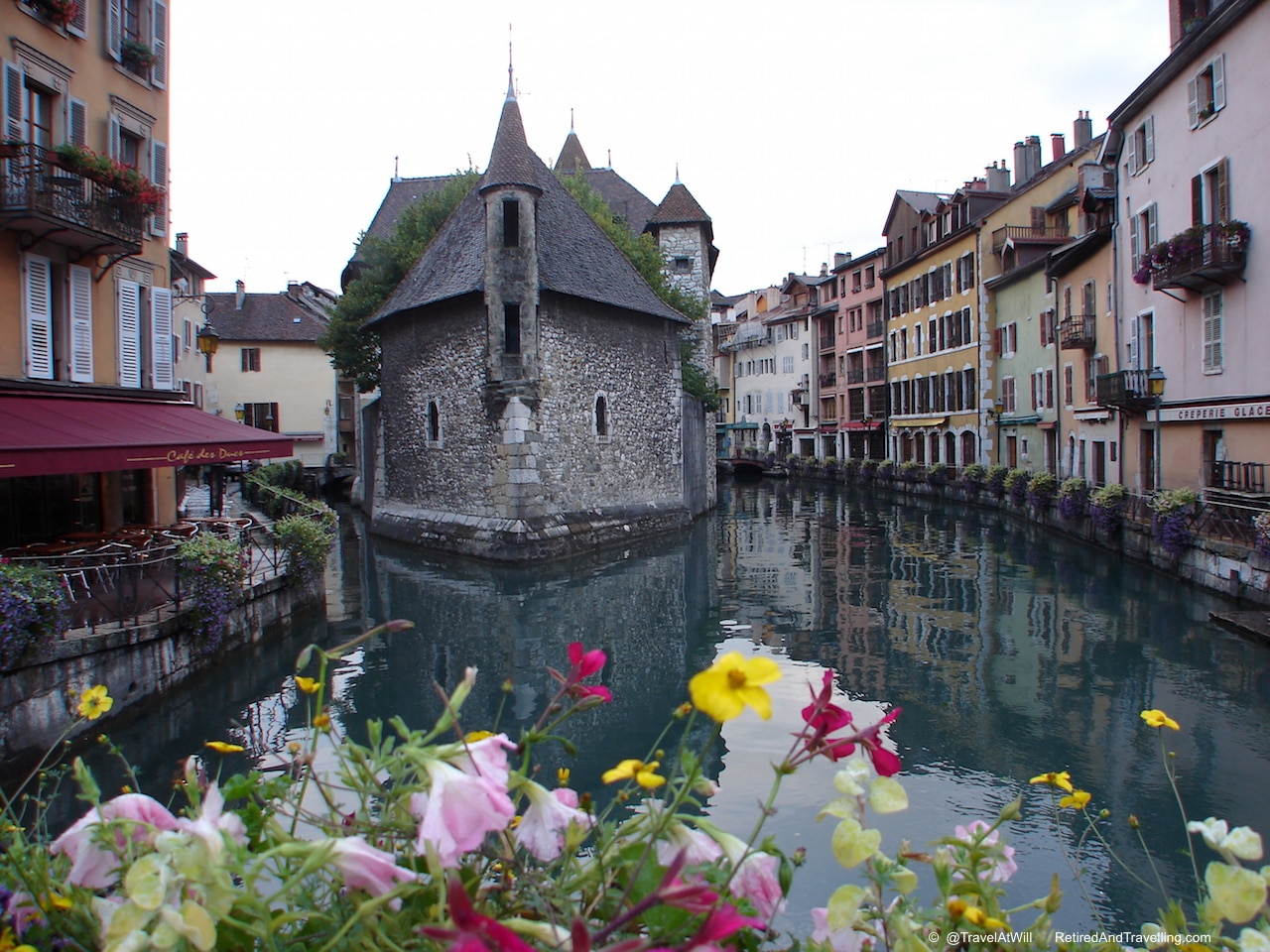 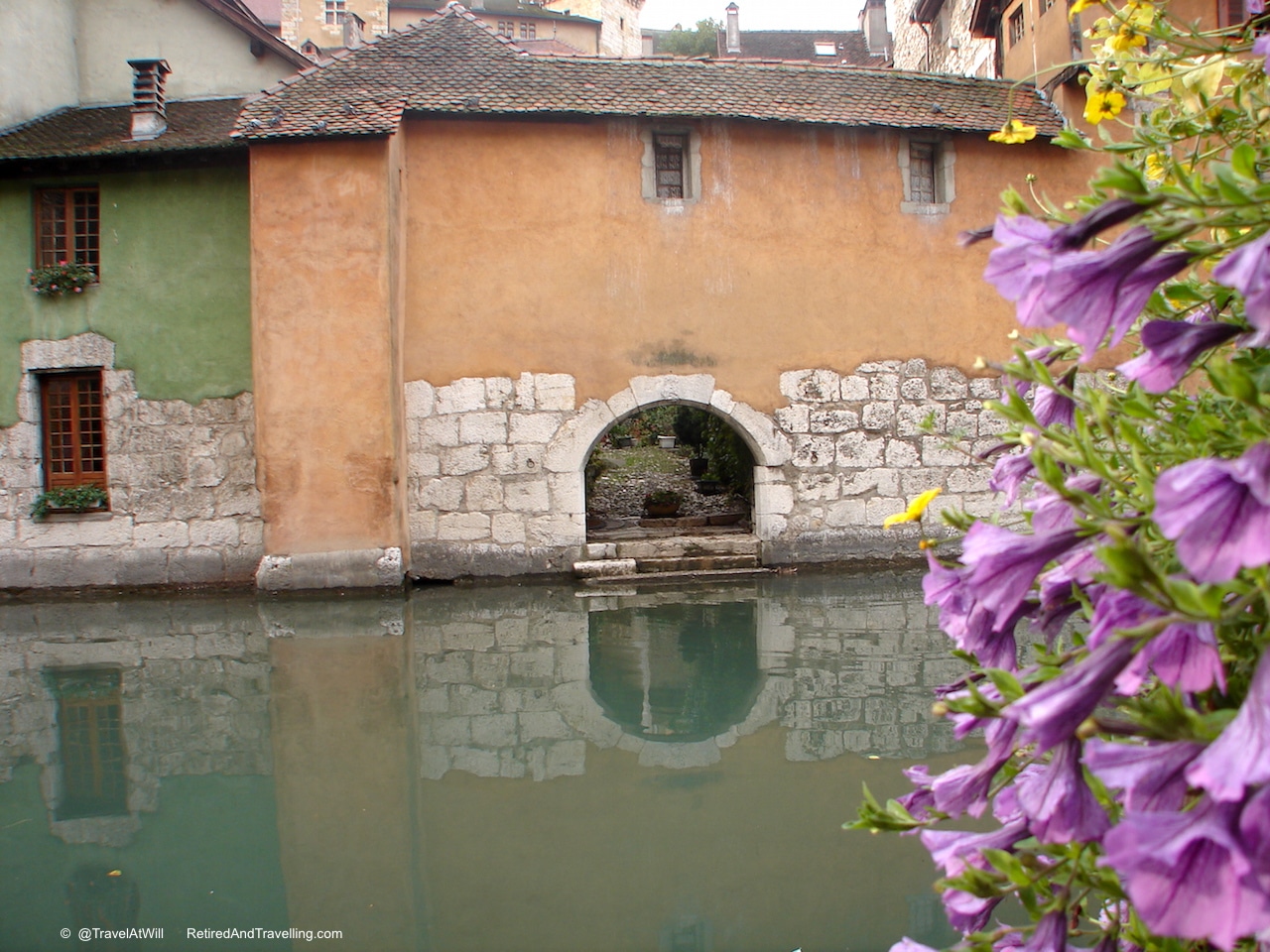 Not to miss on his sweet addiction, David stopped in a patisserie and got a giant pain au raisin which was almost as big as his face! 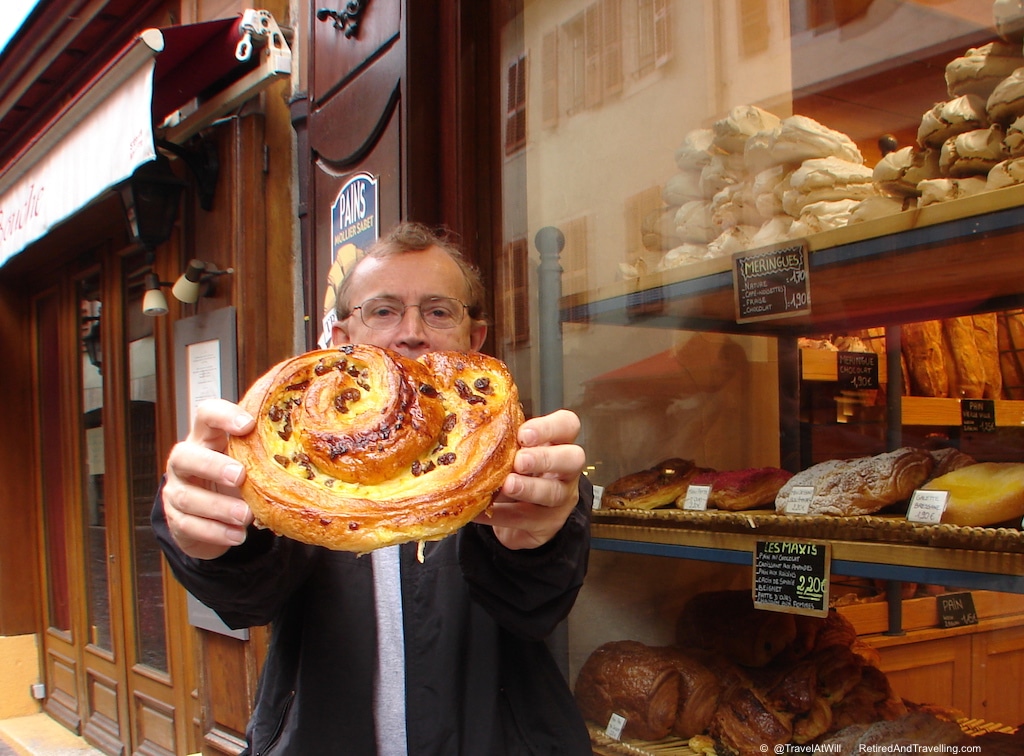 Annecy in the French Alps Was A Great Stop

Annecy in the French Alps was a great and pretty town – and worth more than the part day we would give it this trip. We picked up some souvenirs – a local “alcohol” (flavoured one with mint and one with framboise) and some local mustard (which we also had not seen growing yet).

But at noon we had to set out, without a walk or drive to the castle on the hill. We stopped briefly on our way out of town at the lake, another place we would leave for a return trip. 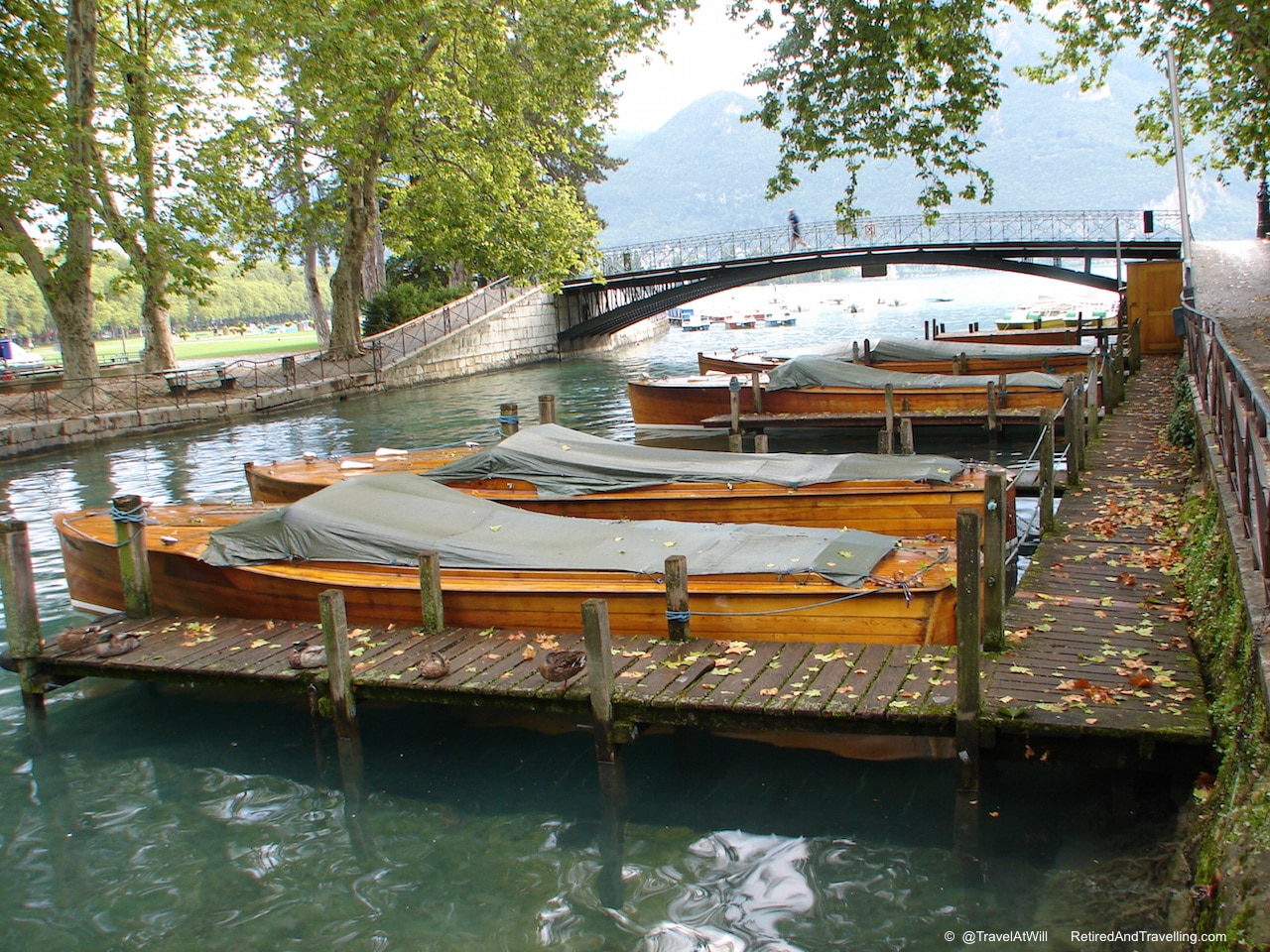 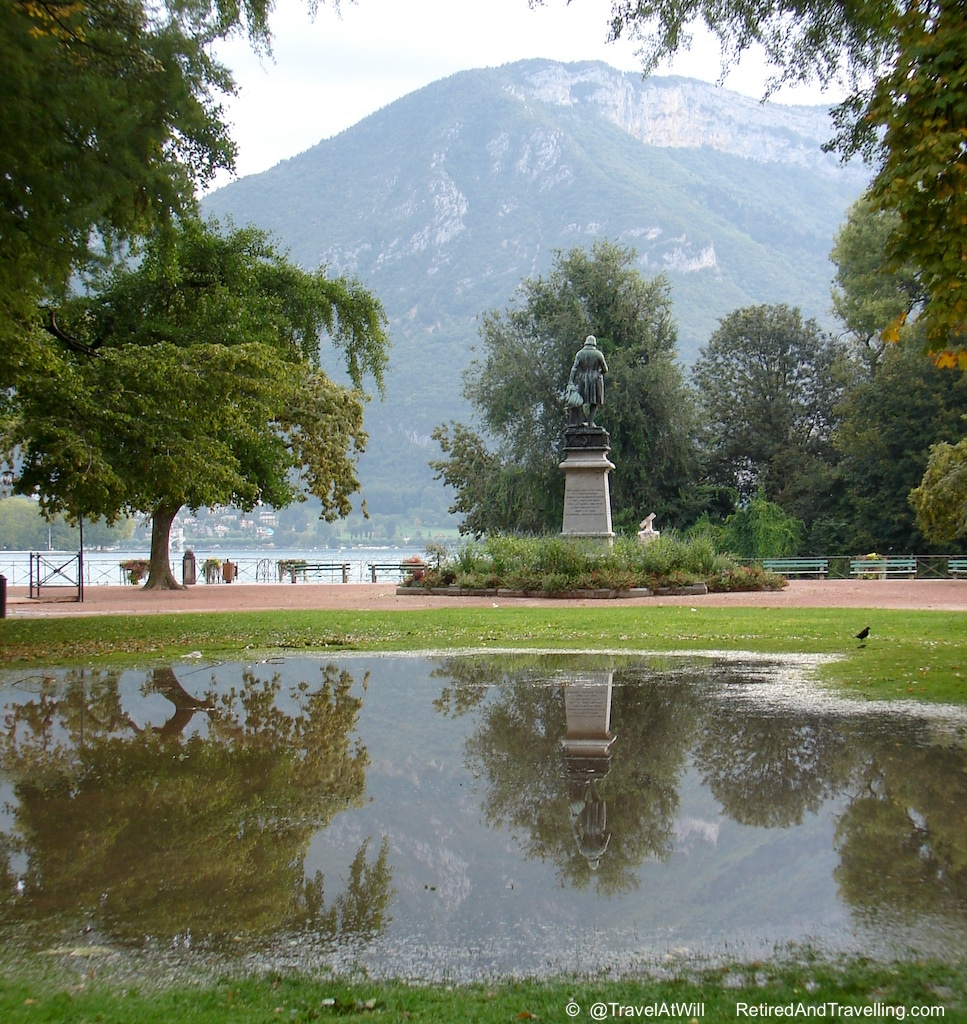 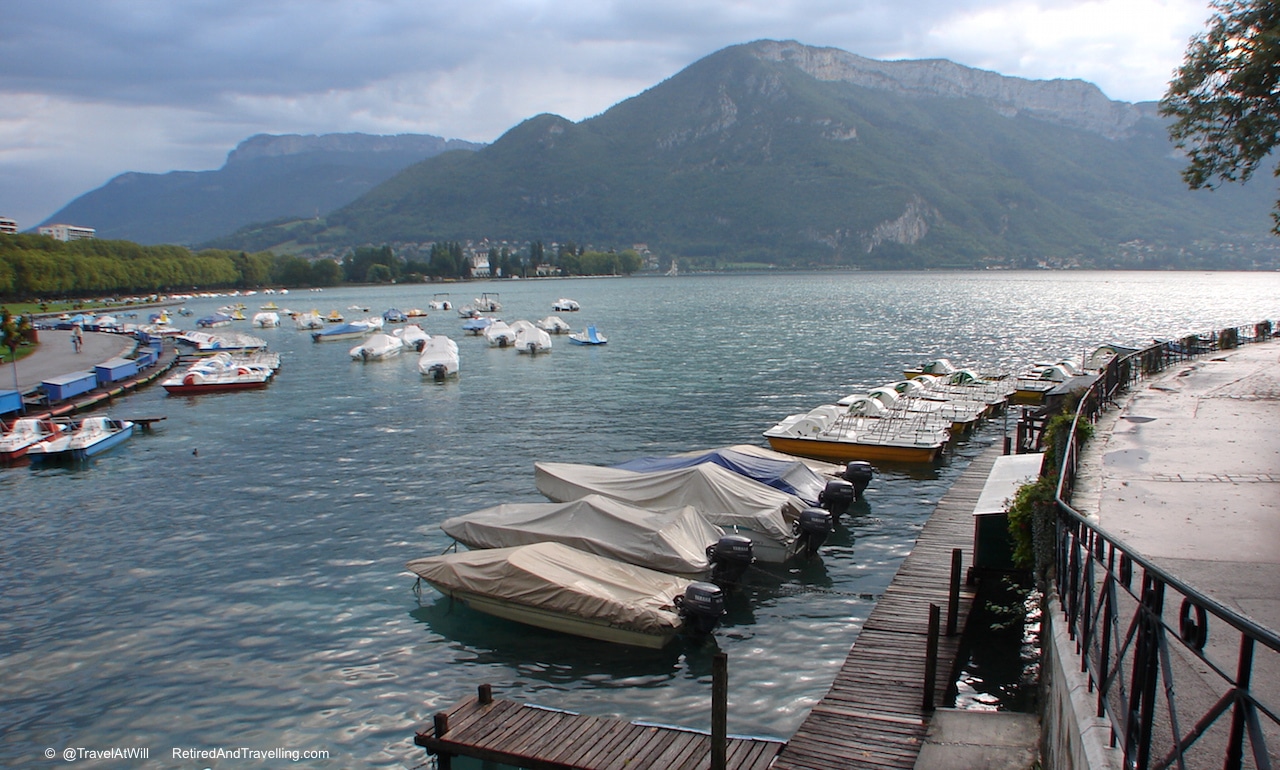 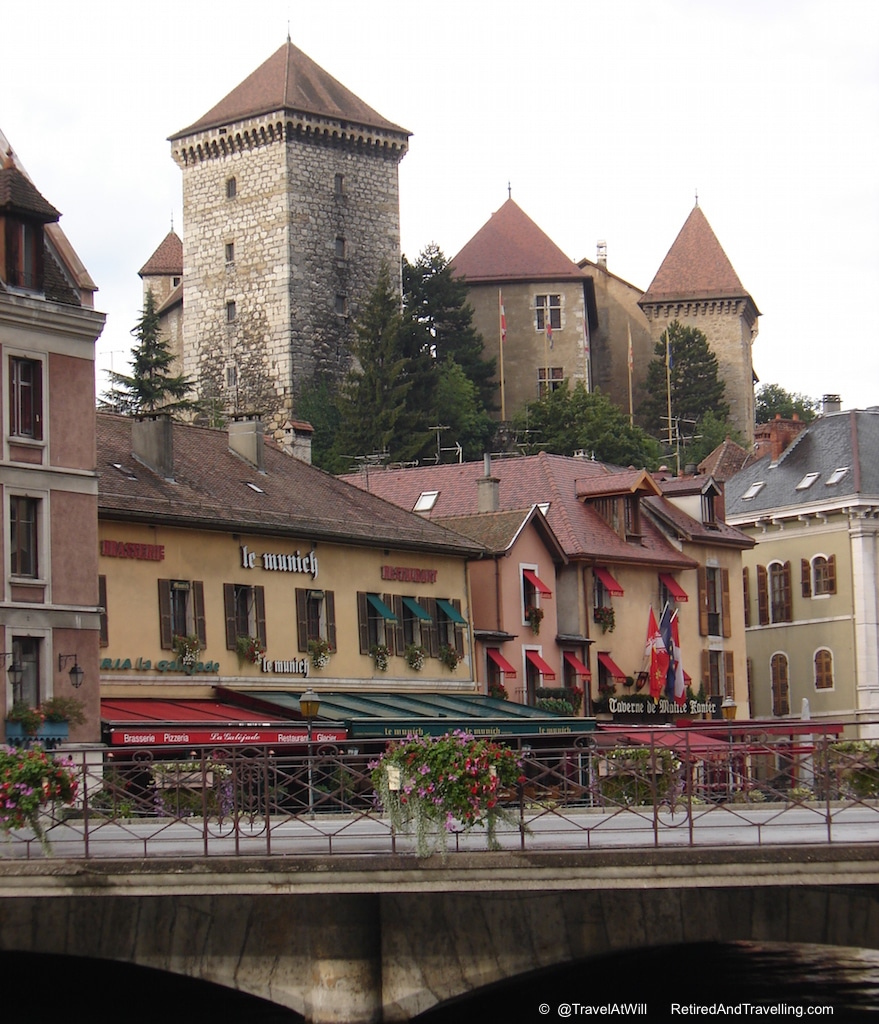 It would be a long drive through the mountains on local roads to get to our next stop in Nice.

Have you visited Annecy in the French Alps? Did you love the little canal town nestled in the mountains? 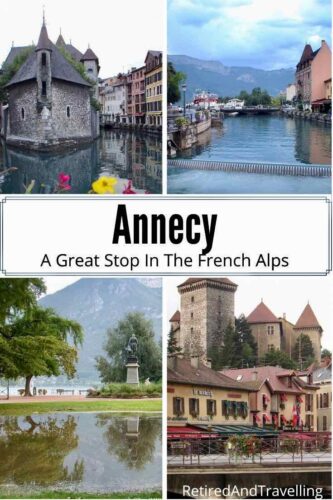 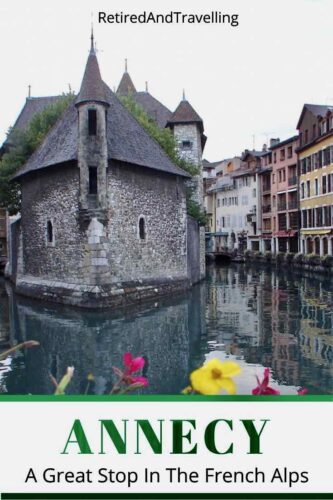 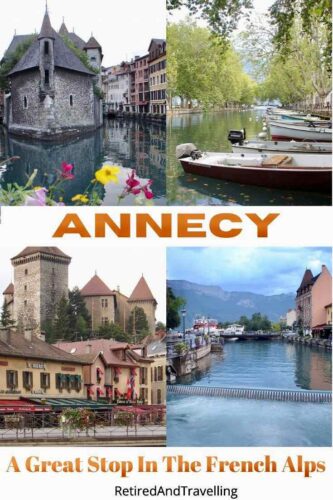