The Colour of Santa Fe

As you drive along the Turquoise Trail (aka Hwy 14) from Albuquerque, you can see the reds in the soil that preview the colour to be seen everywhere wandering around Santa Fe. 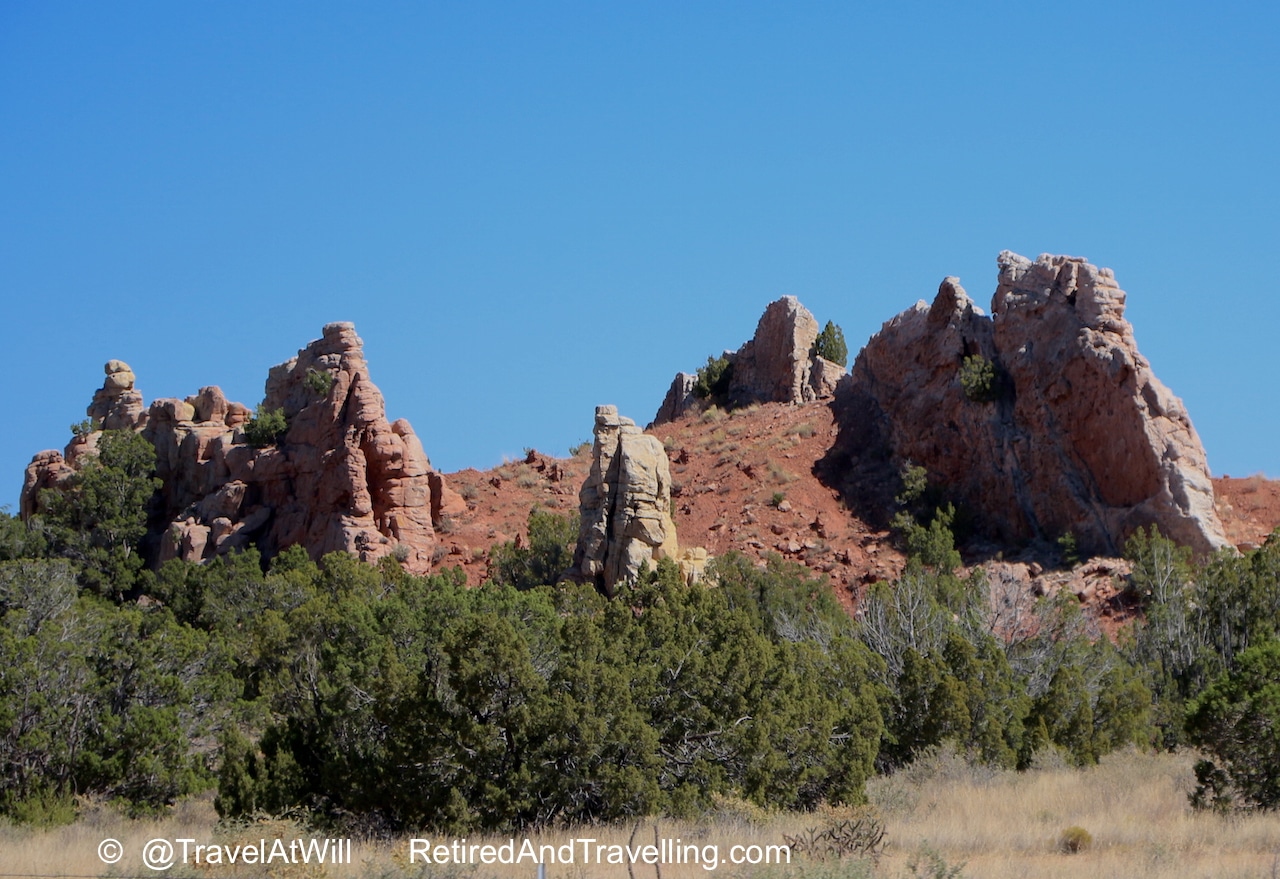 We followed Hwy 14 directly into the heart of Santa Fe. Parking the car close to the Georgia O’Keefe art gallery, we explored the downtown on foot. 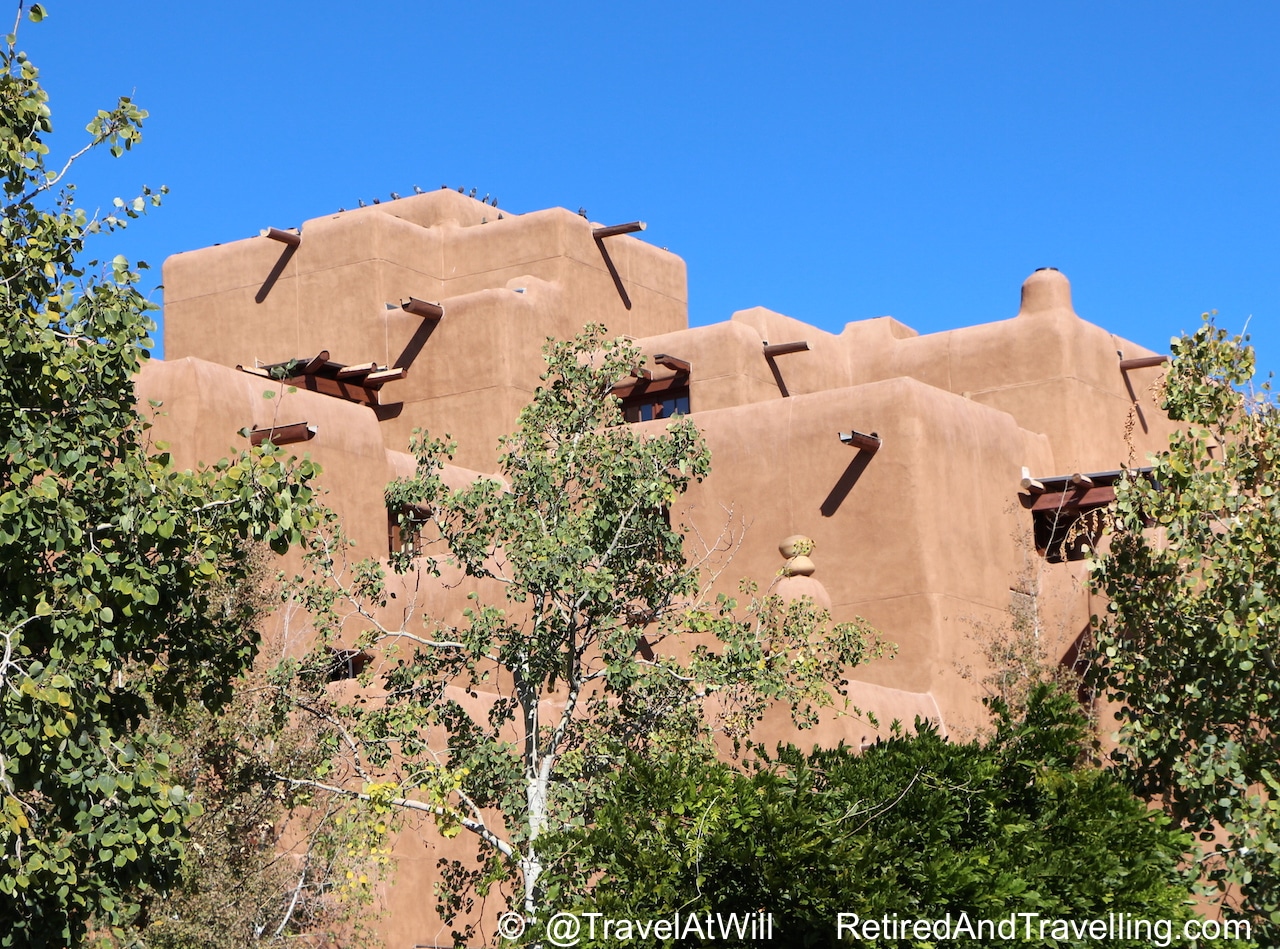 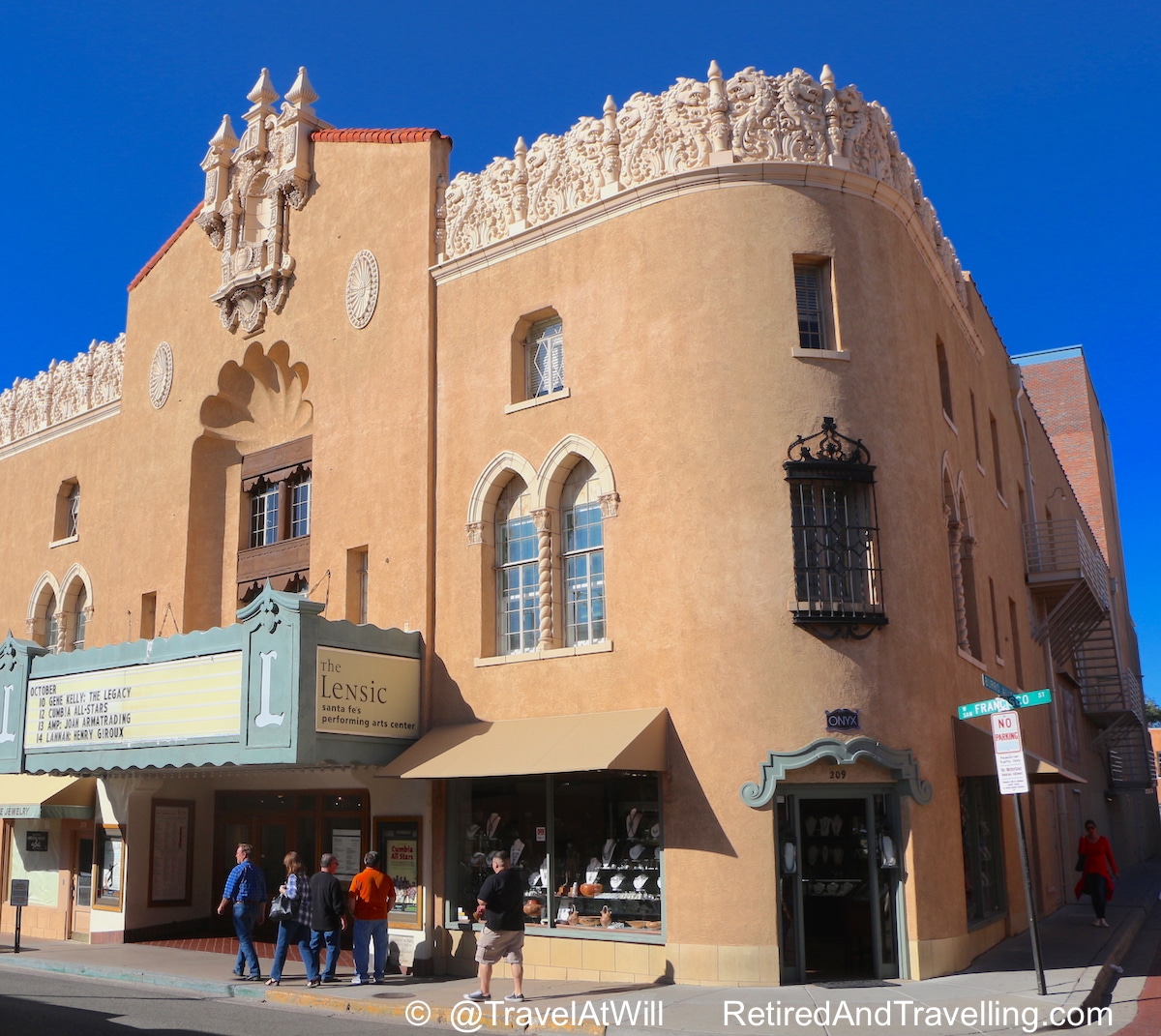 The main street was filled with tourists wandering from shop to shop. Known as an artistic community, Santa Fe offers a wide variety of art in a wide range of media to meet all needs. The galleries frowned on us taking pictures so we were not able to share with you the range of what we saw.

At the end of the Plaza we heard the bells peal continuously at the Cathedral Basilica of St. Francis Assisi. It became obvious that the peals were not marking time and as we got closer we saw that the bells were pealing for a wedding. This meant that we could not get inside the church but only wander around outside and enjoy the outside statues and the church facade. 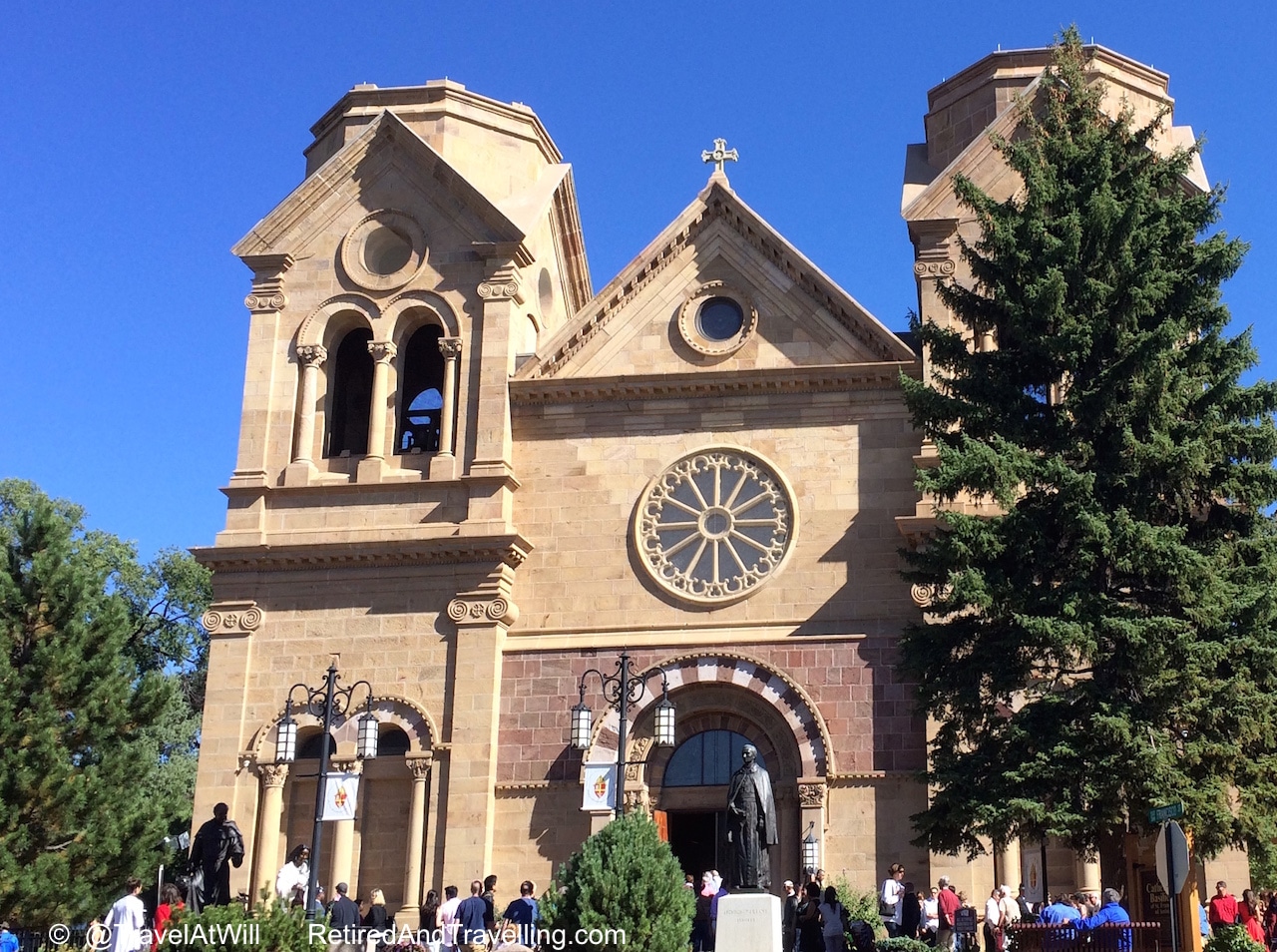 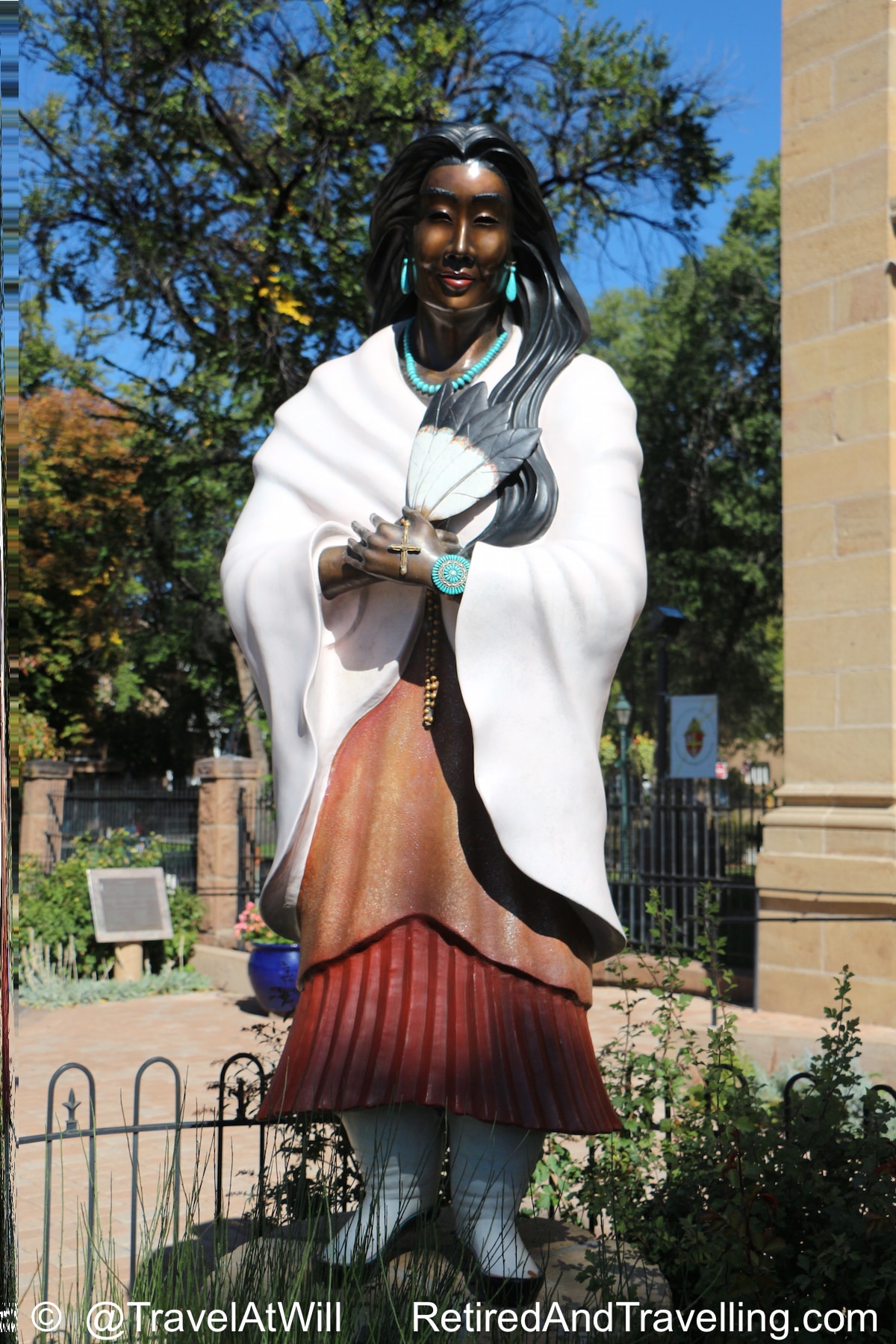 Since there were a number of churches marked on the downtown walking map, it was easy wandering around Santa Fe to find the Loretto Chapel. While the inside of this church was beautiful, the draw for this church was the circular staircase. The staircase is called “miraculous” due in part to its two complete spirals without side or central supports and in part to legends related to its construction wherein a mysterious carpenter appeared after prayers by the sisters of the chapel to St. Joseph the patron saint of carpenters. 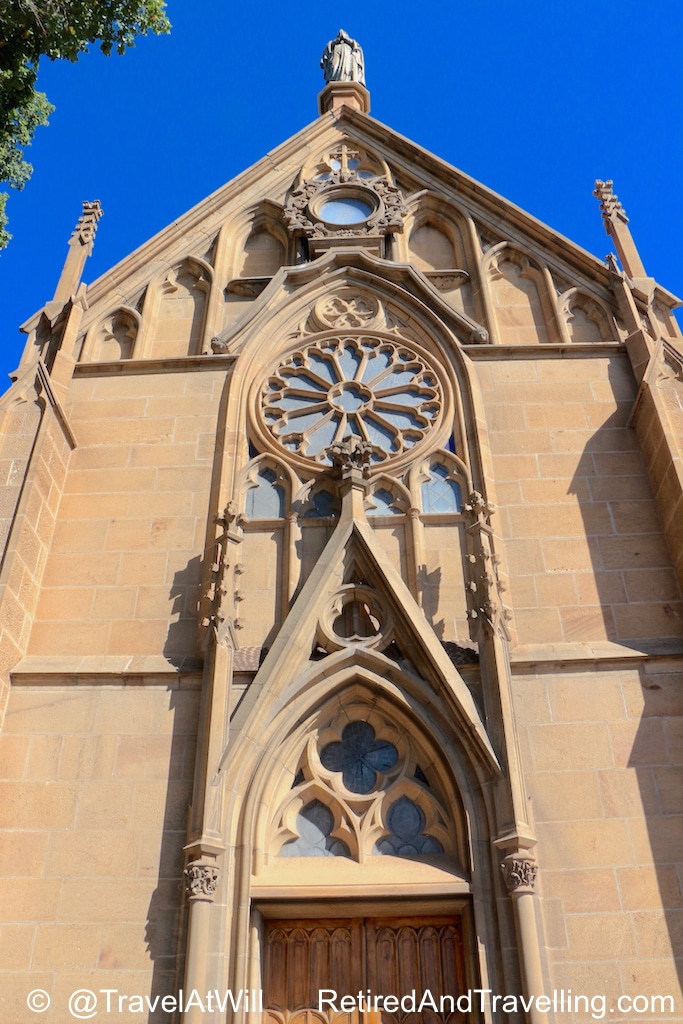 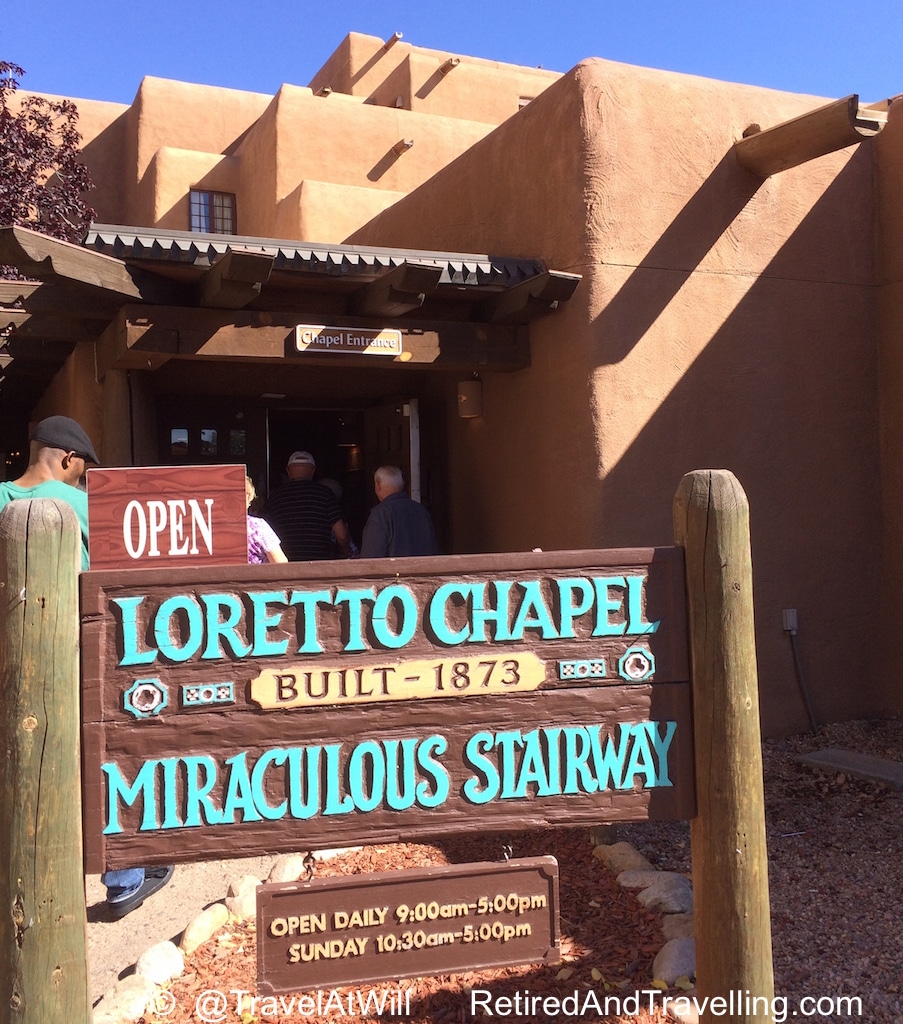 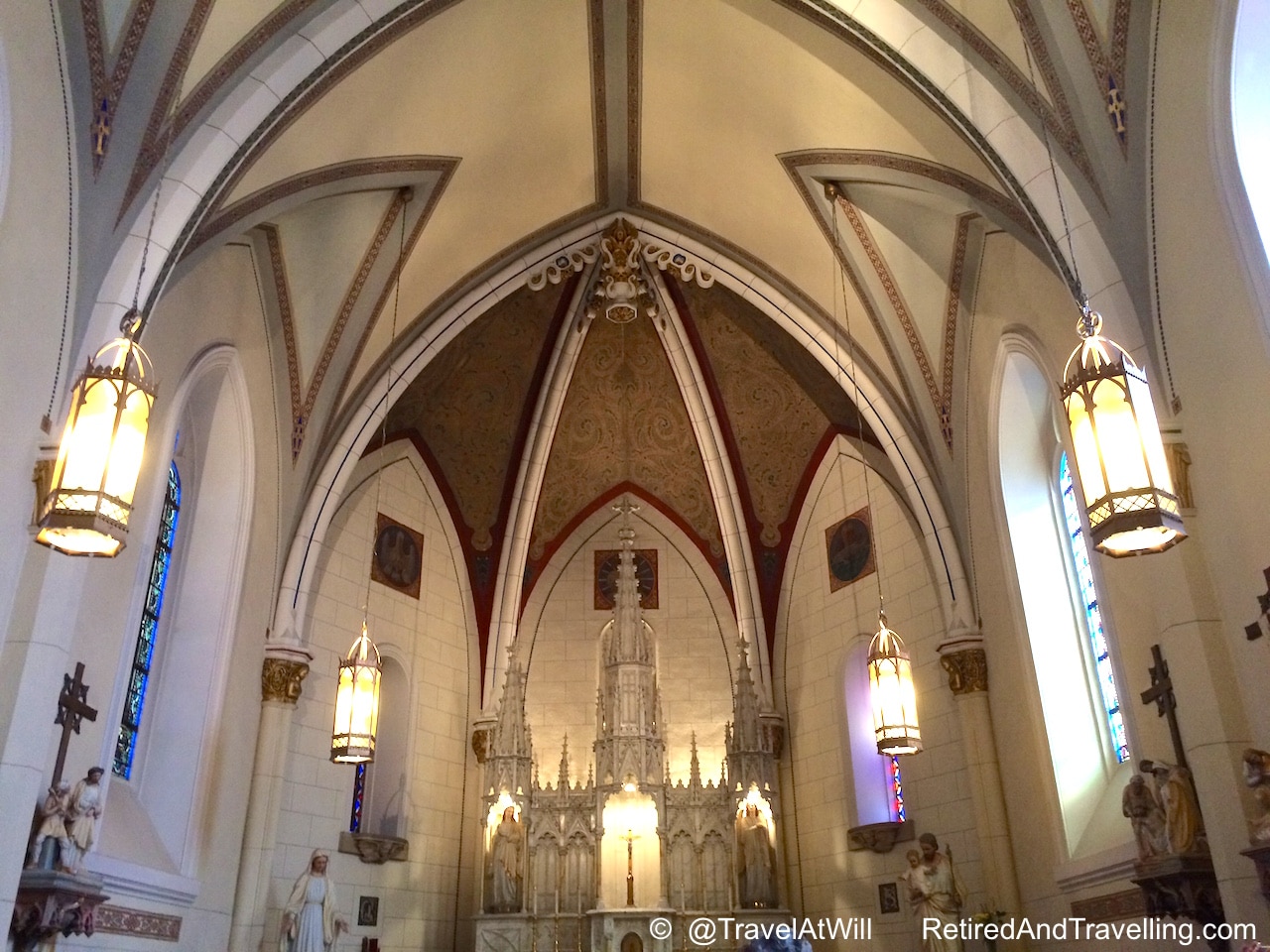 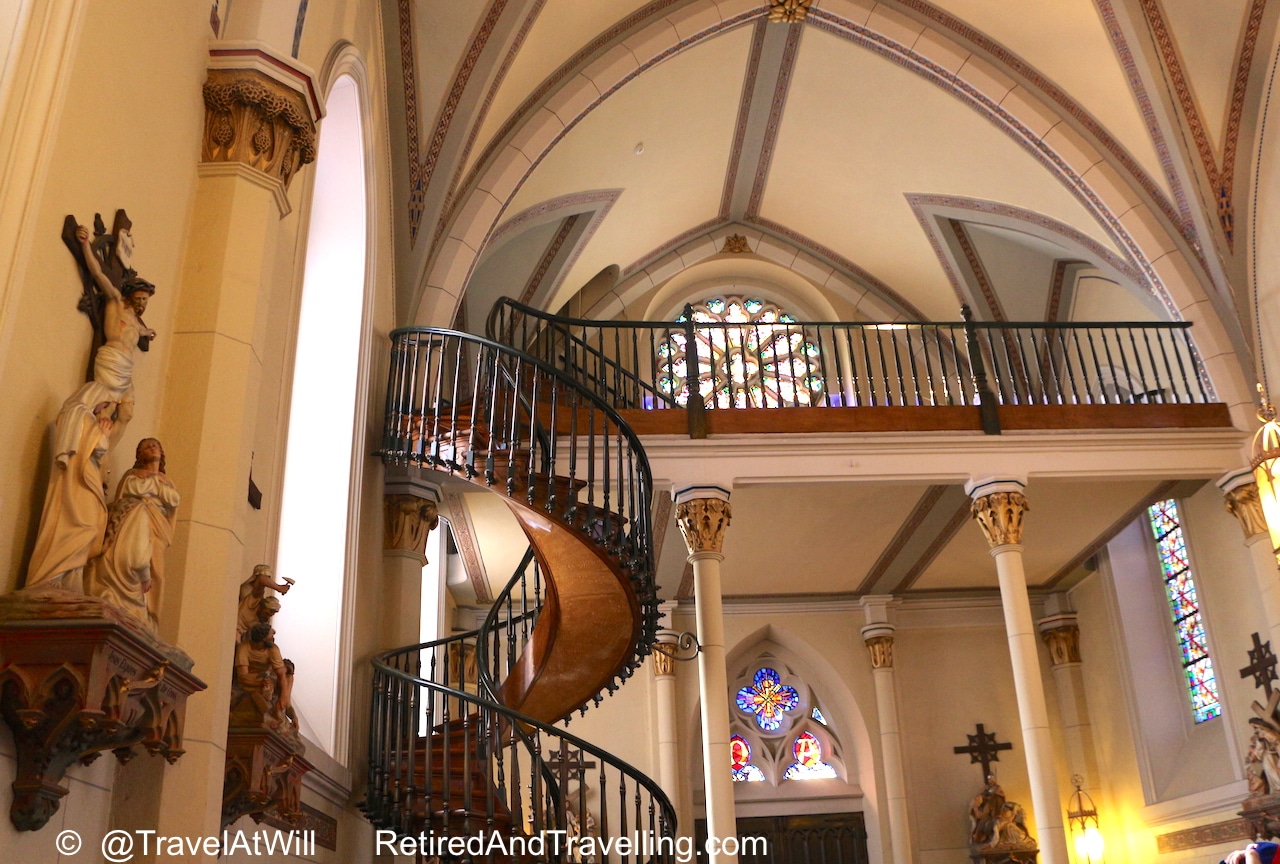 By now we were starting to feel the effects of having spent so much time at a high altitude. Albuquerque itself is at 5,400 feet. We had climbed to 10,400 feet at Sandia Peak and Santa Fe was still at 7,000 feet. While a quick lunch had revived us a bit when we arrived, it was clear that our wandering around Sante Fe would only be a small taste test. Walking back to the car along the Riverwalk, we were amused to see the dry river bed with weeds growing higher than my head.

While the main streets offered lots of art galleries and art stores, wherever we looked we could also see art and colour outside. 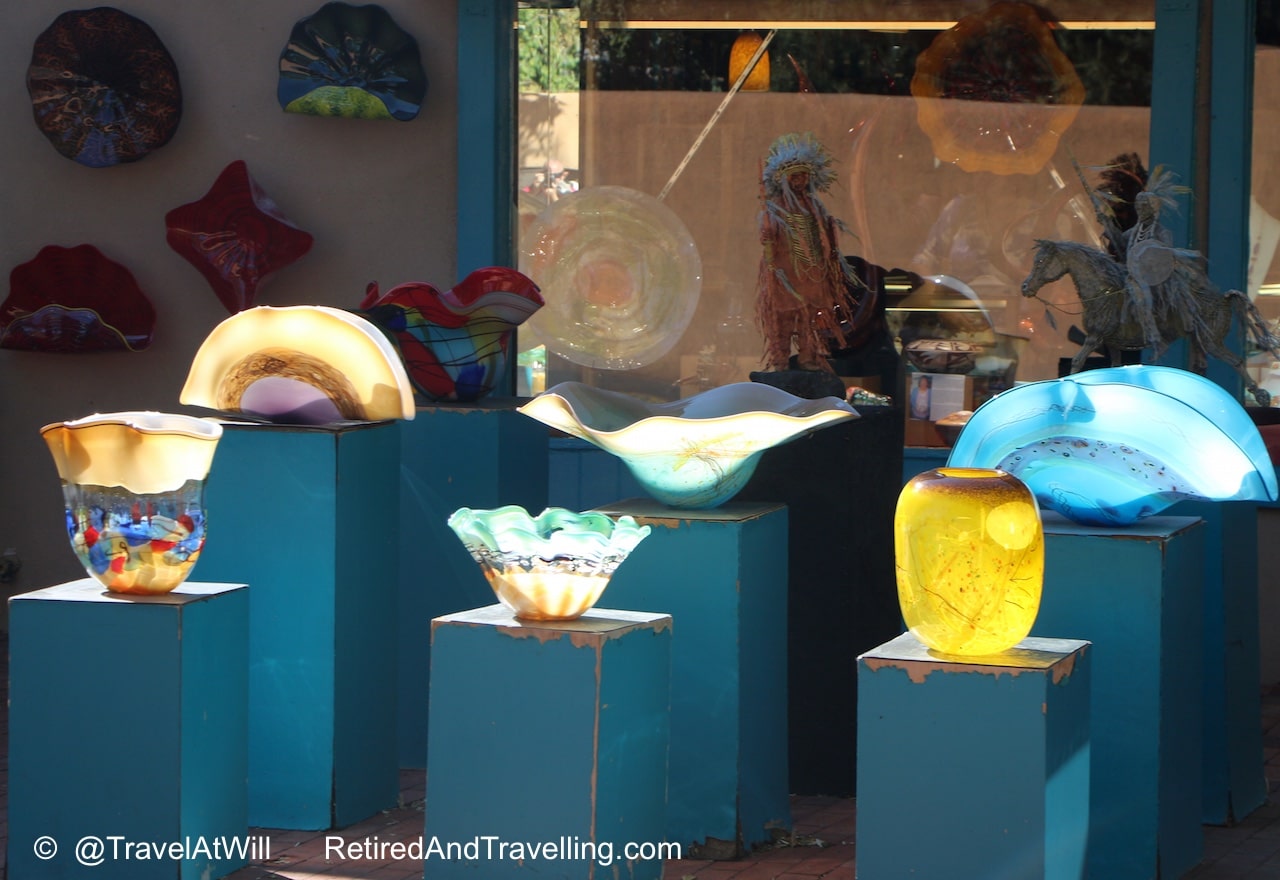 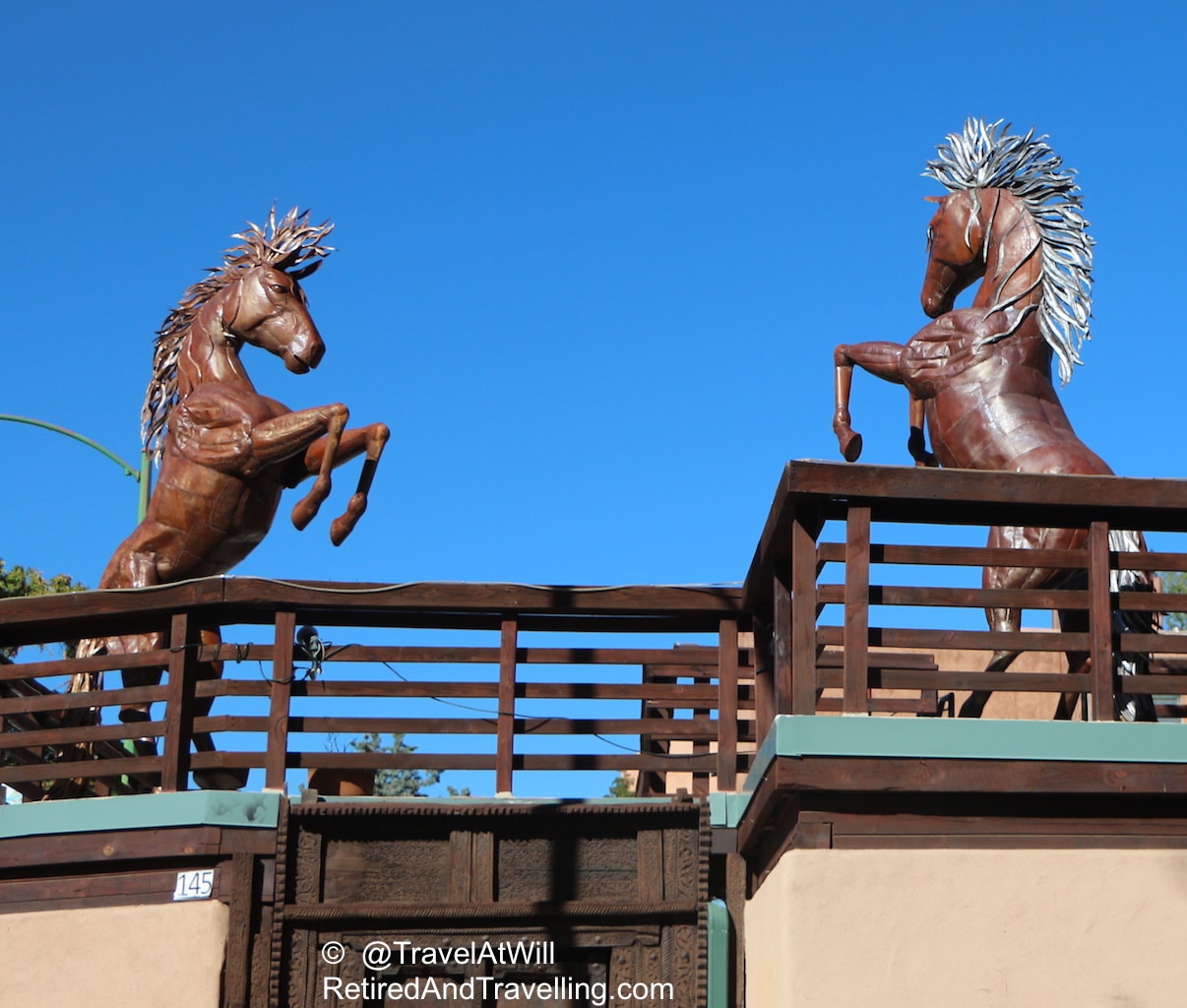 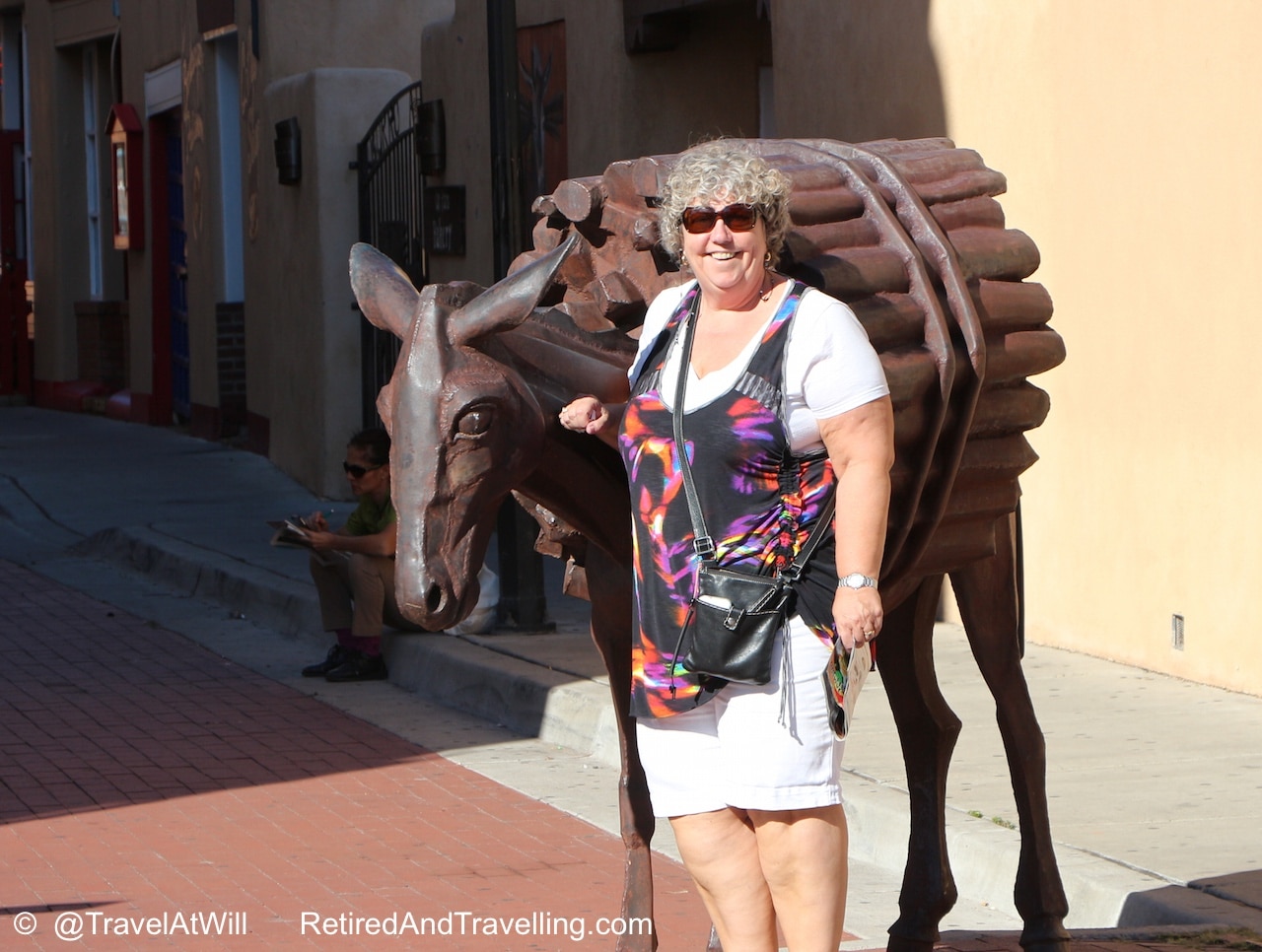 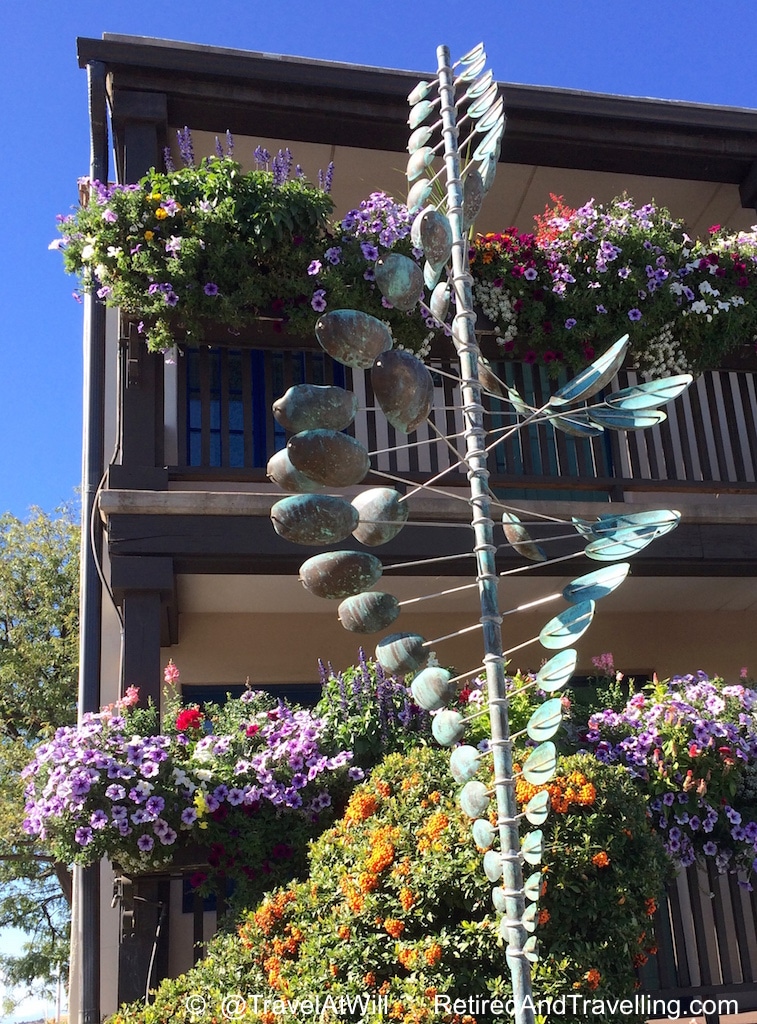 The trip back to Albuquerque was much quicker on I-25, moving along at 75mph. Driving along we could see the vast plains on one side and high up to Sandia Peak where we had been earlier in the day. 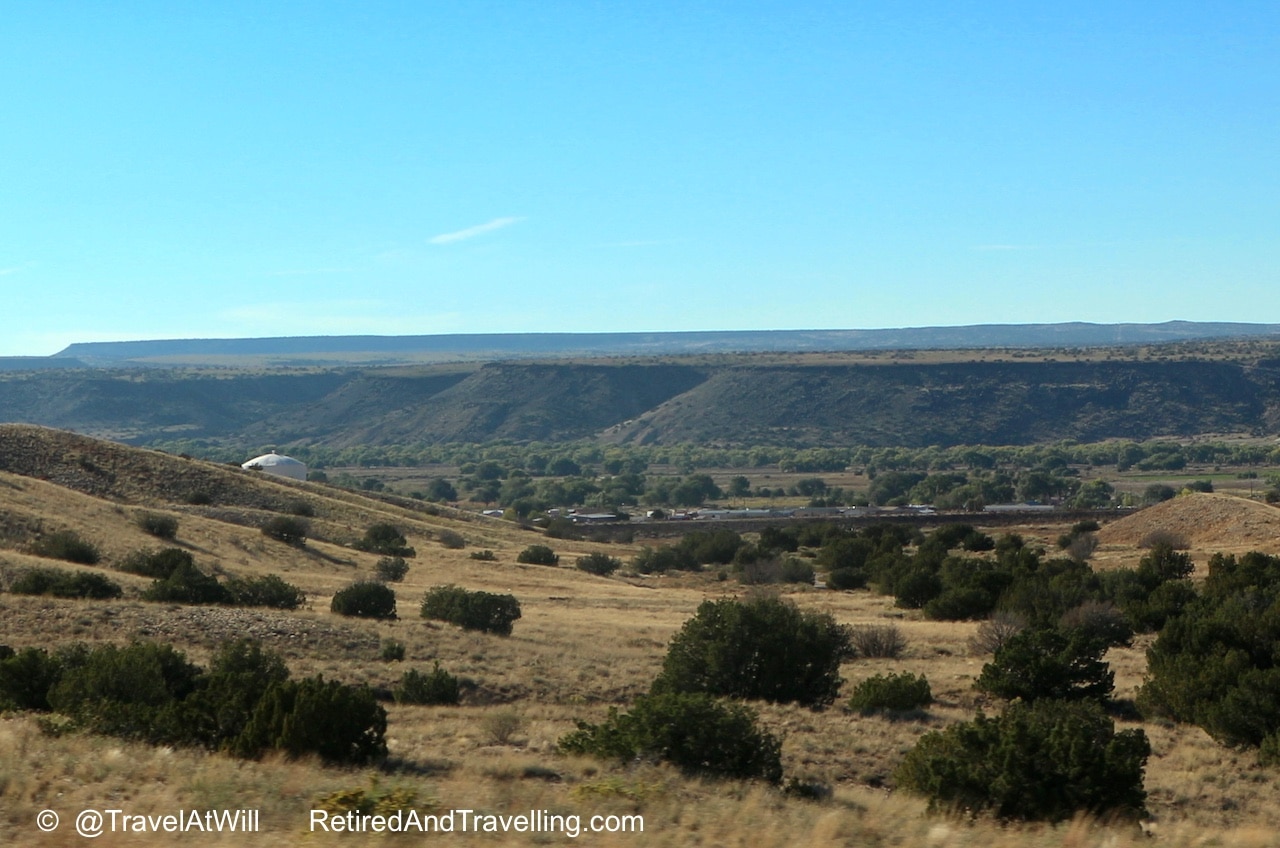 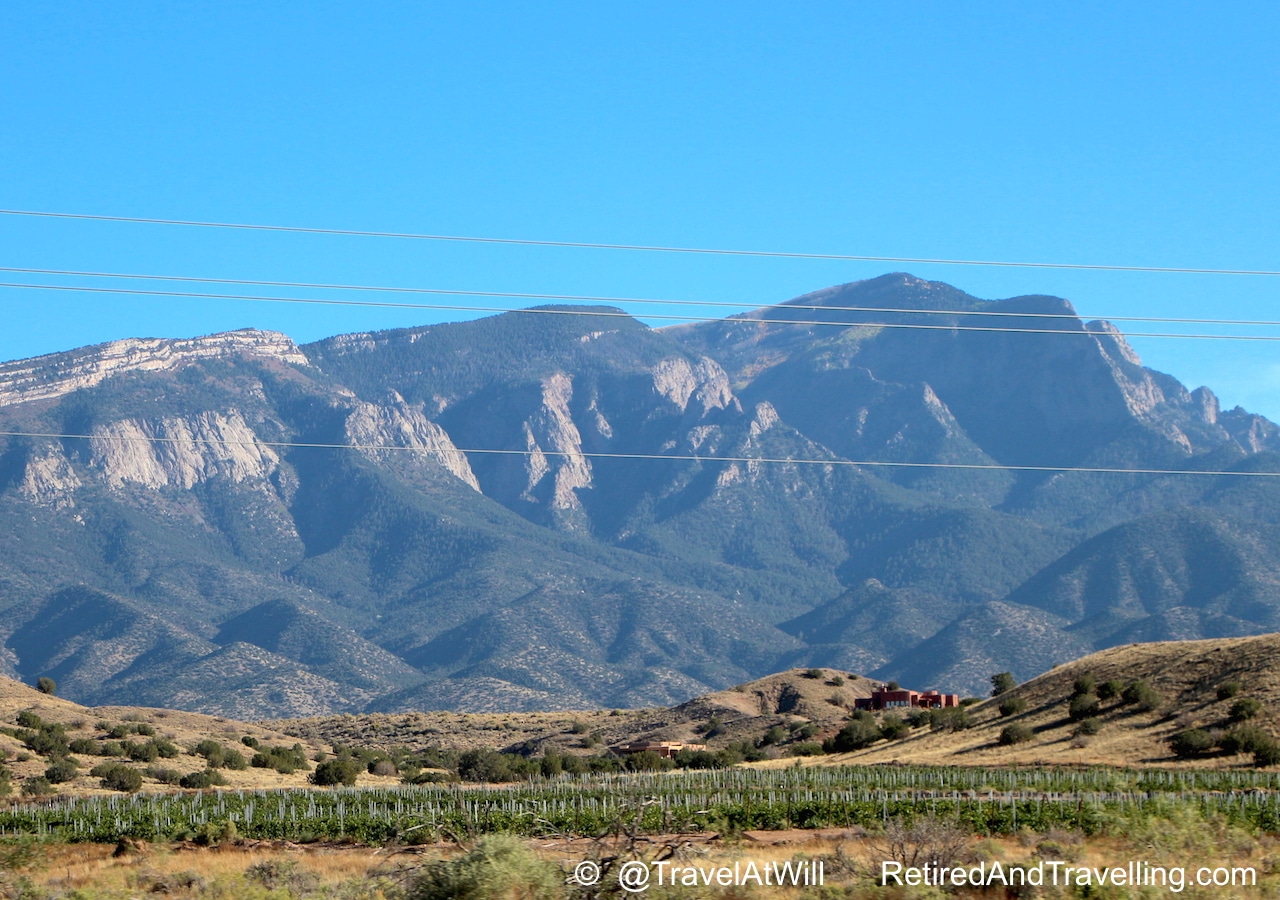 We enjoyed our break from the Balloon Fiesta with a quick trip to taste test wandering around Santa Fe. We were enchanted by the art and colour of Santa Fe and will go back one day to explore in depth when we come back to Albuquerque.

Did you enjoy wandering around Santa Fe when you were in New Mexico? When we return to Santa Fe, what is top on your list? 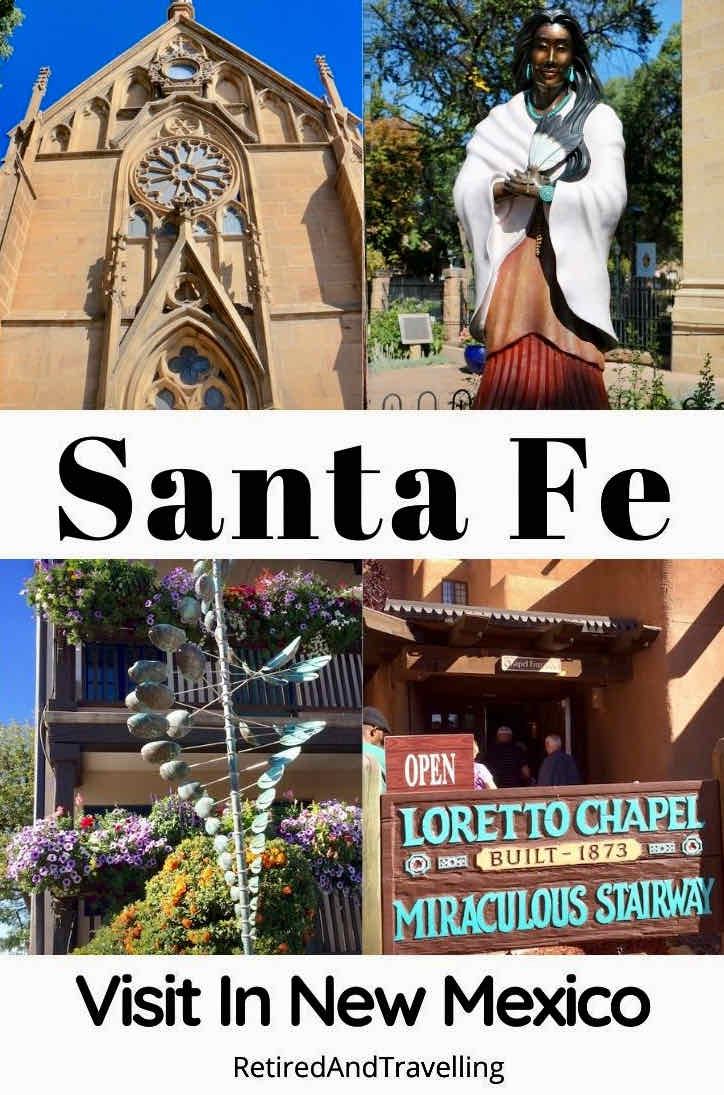 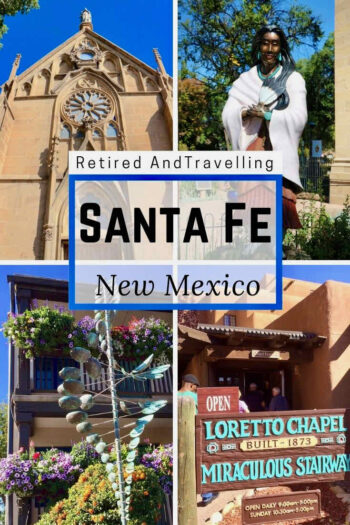