Antigua Caribbean and Atlantic Beaches – For Each Day of the Year!

We travelled down the west side of the Caribbean as far as Cartagena on the first half of our cruise. This would be our first port on the second half of our 26 day cruise with Oceania Cruises and we picked excursions for excitement this time. The Antigua Caribbean and Atlantic beaches would keep us busy for the day!

The ship entered the port of Antigua and people lined up for the various tours offered on this little island. With 365 beaches on the island, there were lots of options if all you wanted to do was relax on a beach! 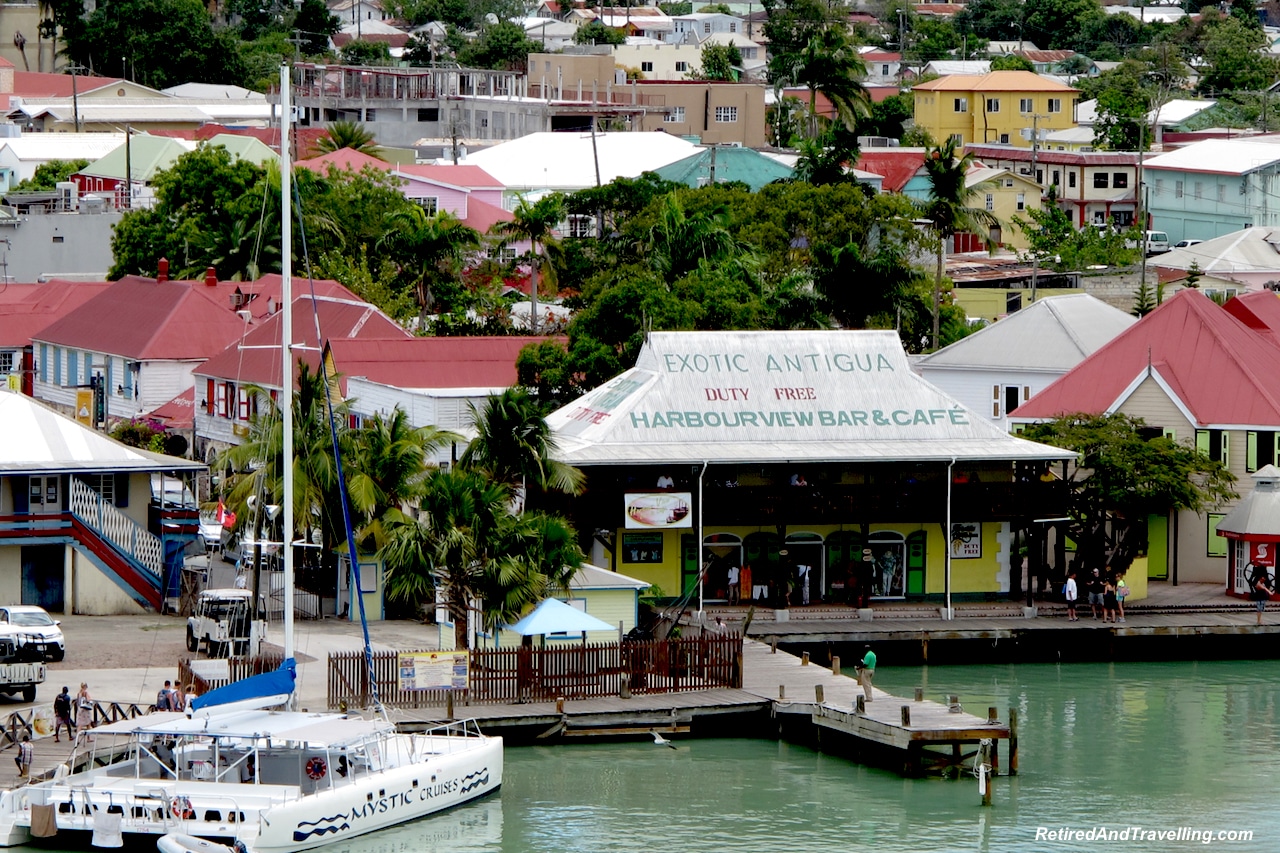 After departing the ship we took a short bus ride to the facility for Antigua Paddles. Along the way we went up and down the hills and got a chance to see some of the beaches off in the distance. 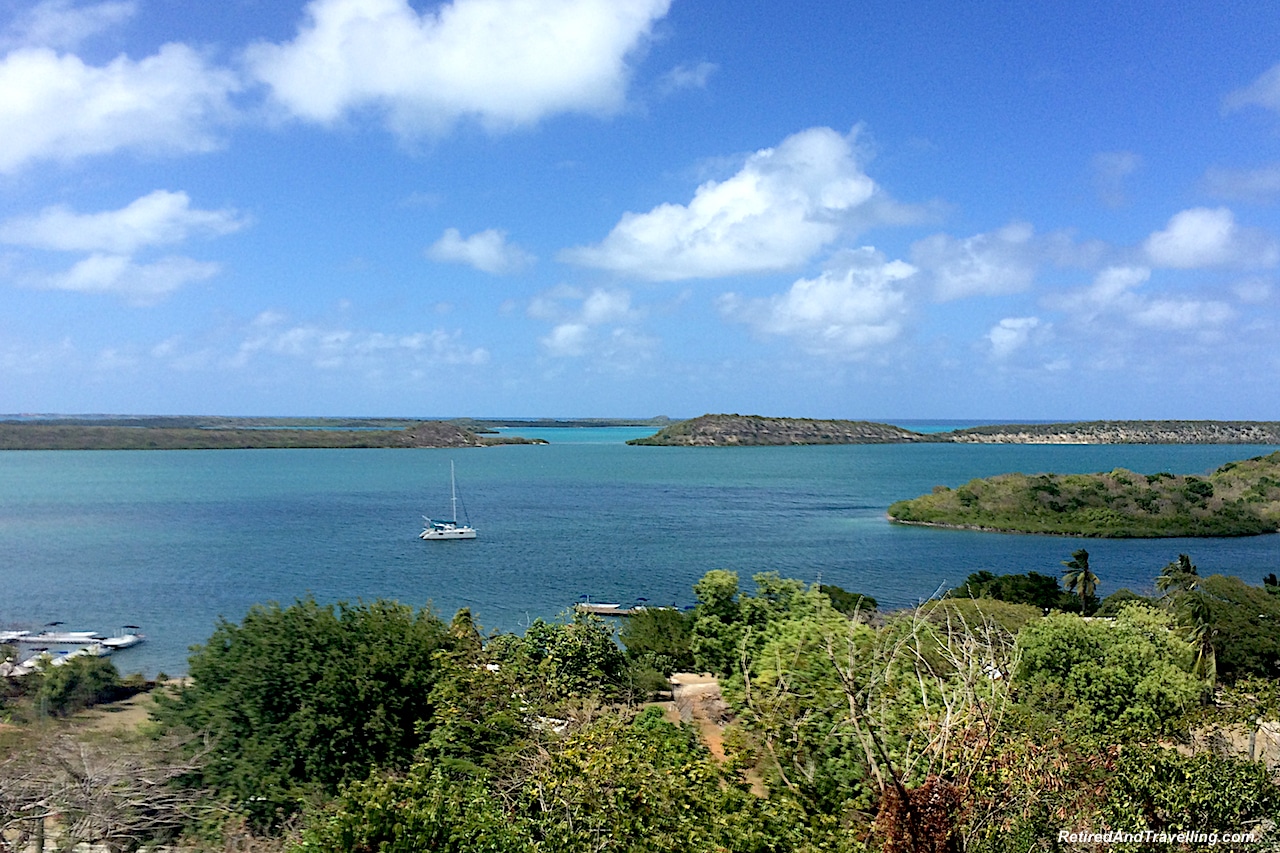 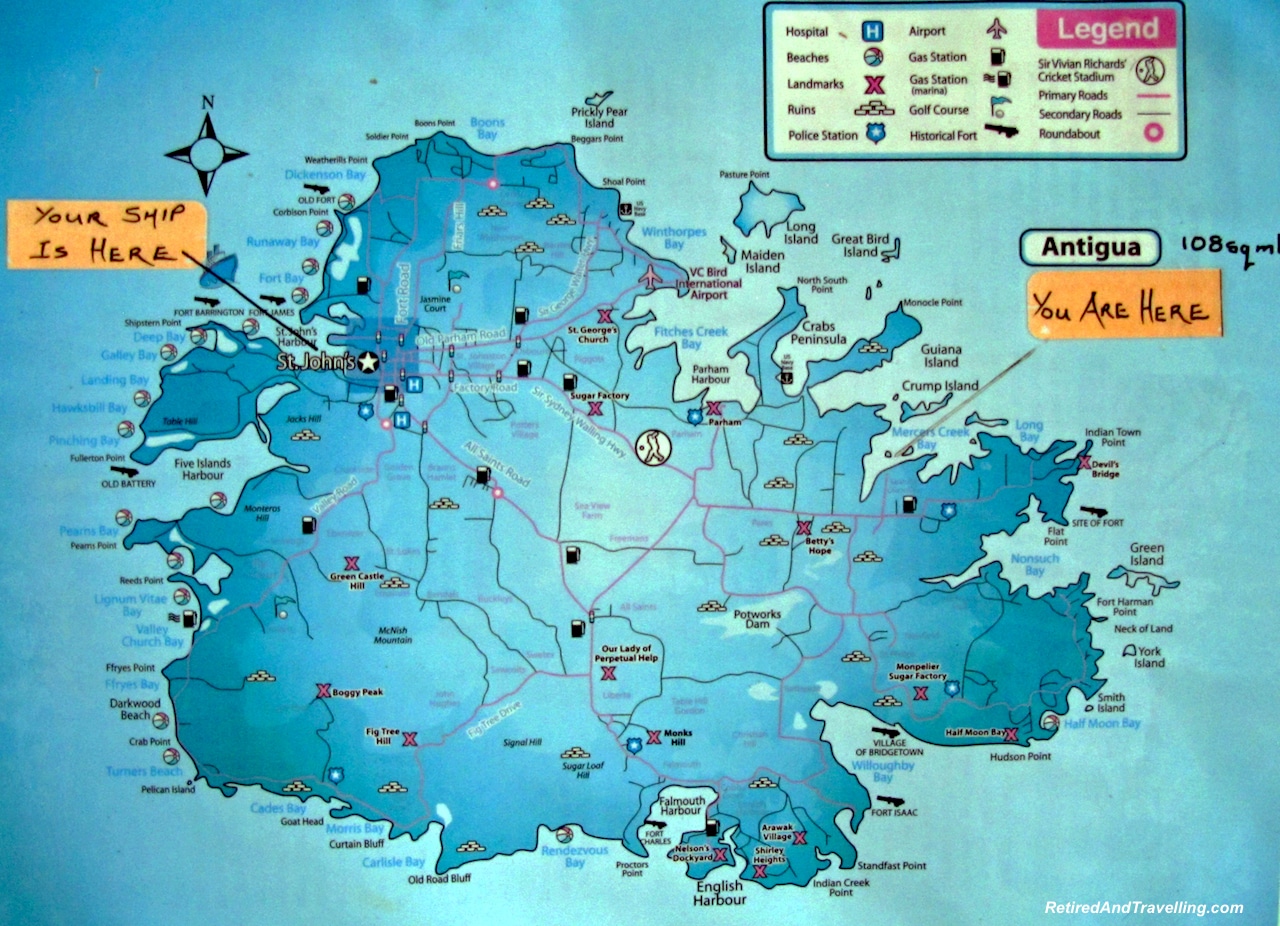 While they had a stock of kayaks at the main facility, we grabbed our life jackets and set off for a short boat ride to board our kayaks. I managed to not embarrass myself as I boarded the kayak from the floating dock and settled into the front spot of our 2 seat kayak. When everyone was boarded we headed off in a conga line of kayaks. 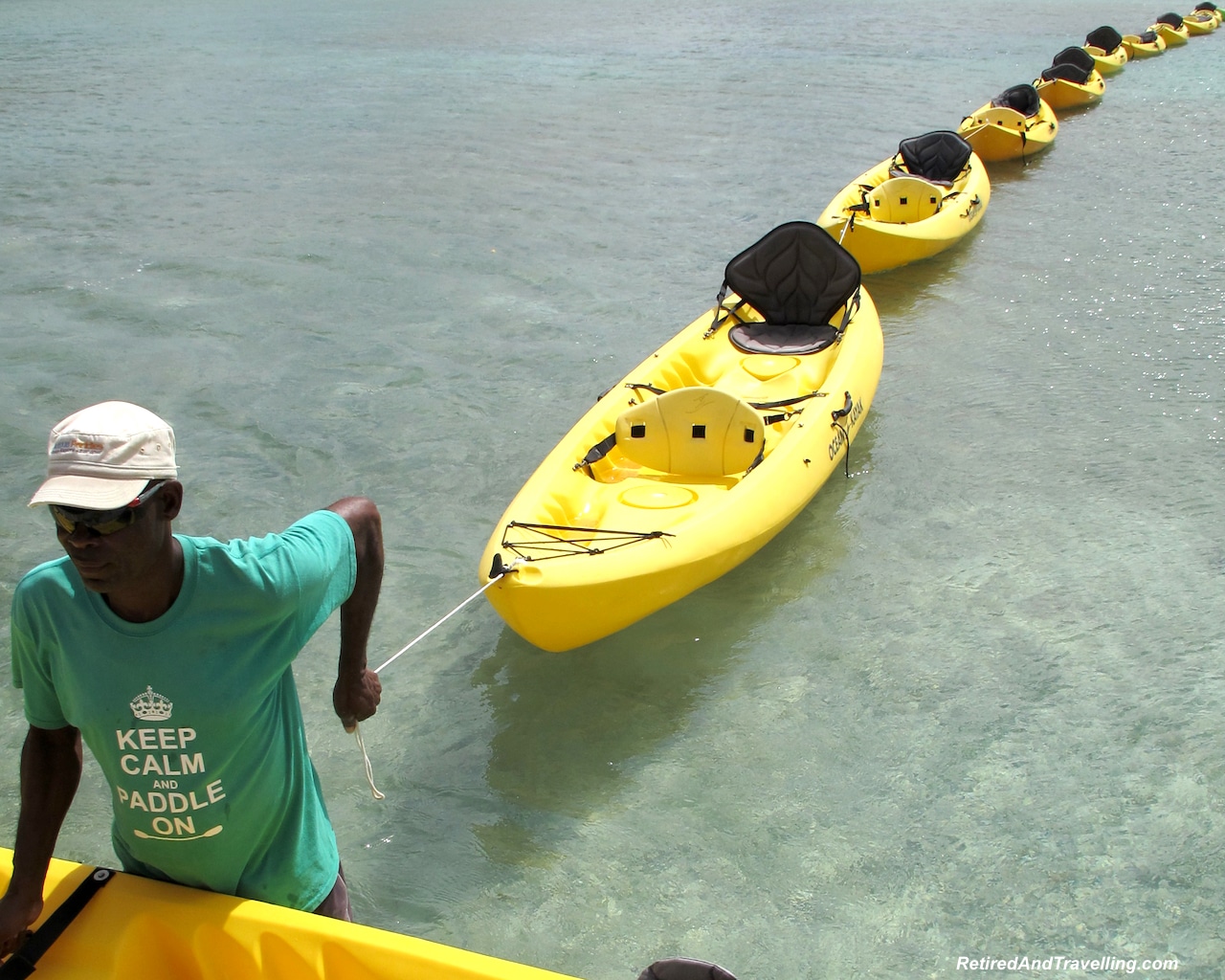 We paddled our kayaks into Mercers Creek Bay along the mangrove trees. Our tour guide set back and watched for things to show us while the Oceania guide Yuliya paddled him around. He brought up a starfish, an interesting jelly fish and a sea cucumber to pass around for people to see. 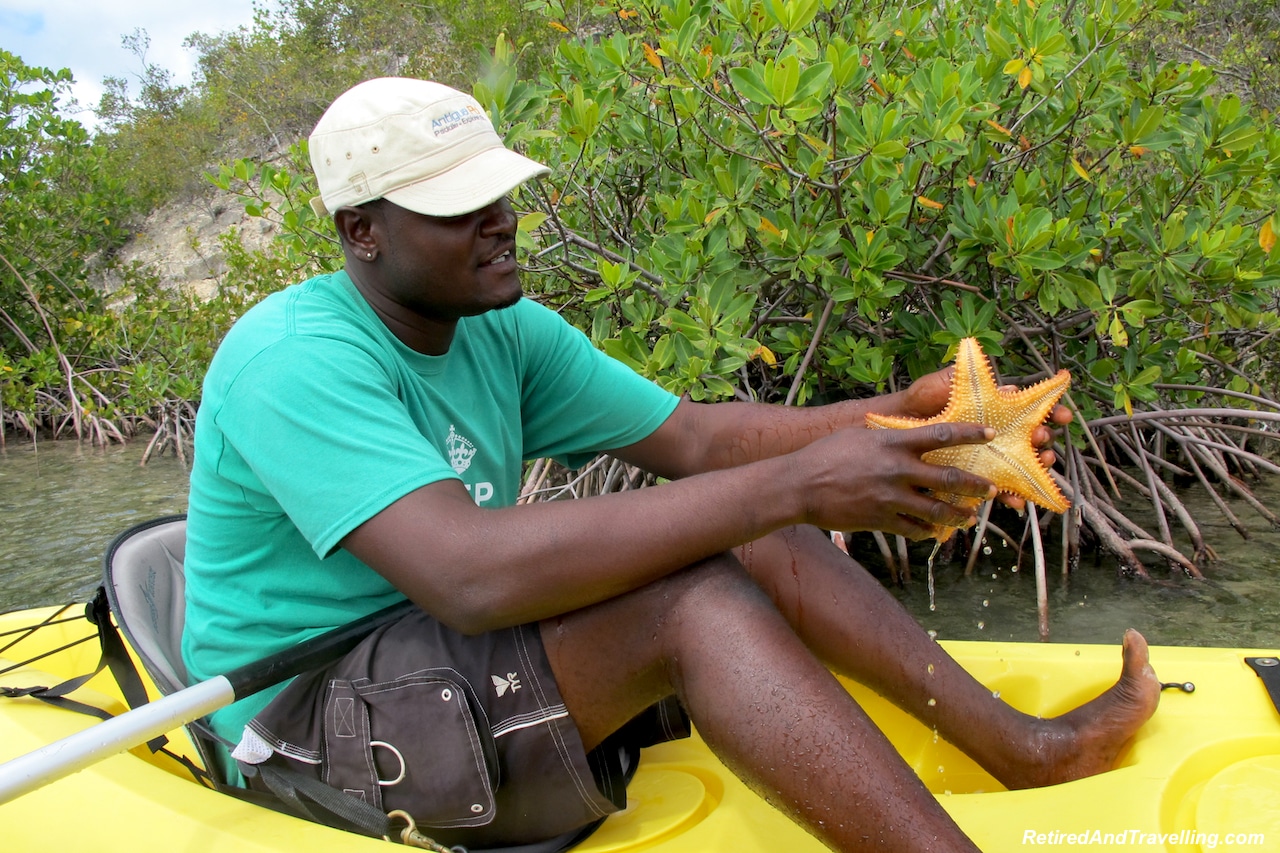 Our fellow kayakers hurried in to see what the guide was bringing in, often making it feel like we were in bumper car kayaks. 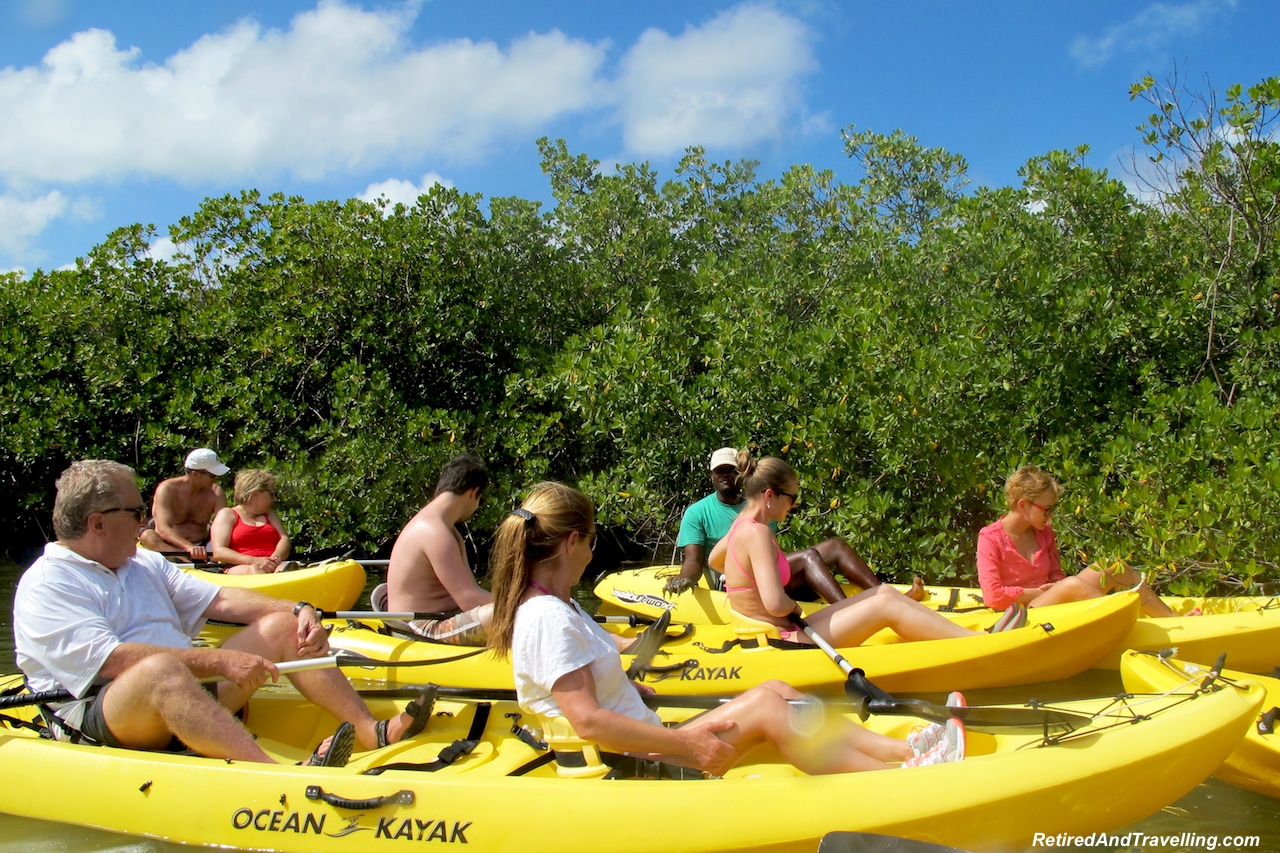 David did a good job of taking pics of not just the kayakers but also caught some interesting water life with the underwater camera. 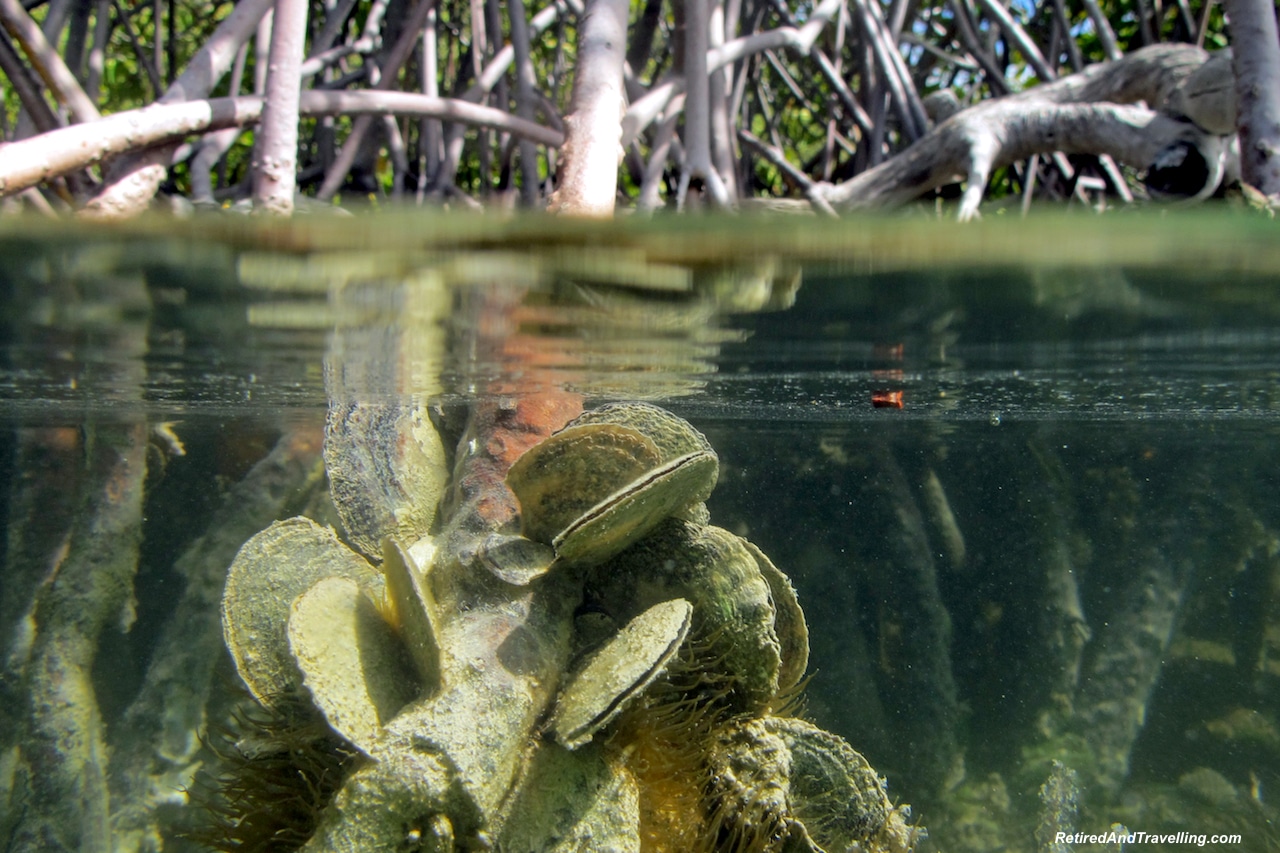 We crossed the open stretches of water a few times and by the time we got back to the dock we were all glad to get out of the kayaks and get back on board the boat. The boat captain sped along the inlets and small islands with a speed born from lots of practice. It was quite invigorating even if the hard fibreglass seats did not make for the most comfortable ride as we hit waves.

Slowing down at Great Bird Island for pictures, we saw the carve out in the rock which looked like Africa. 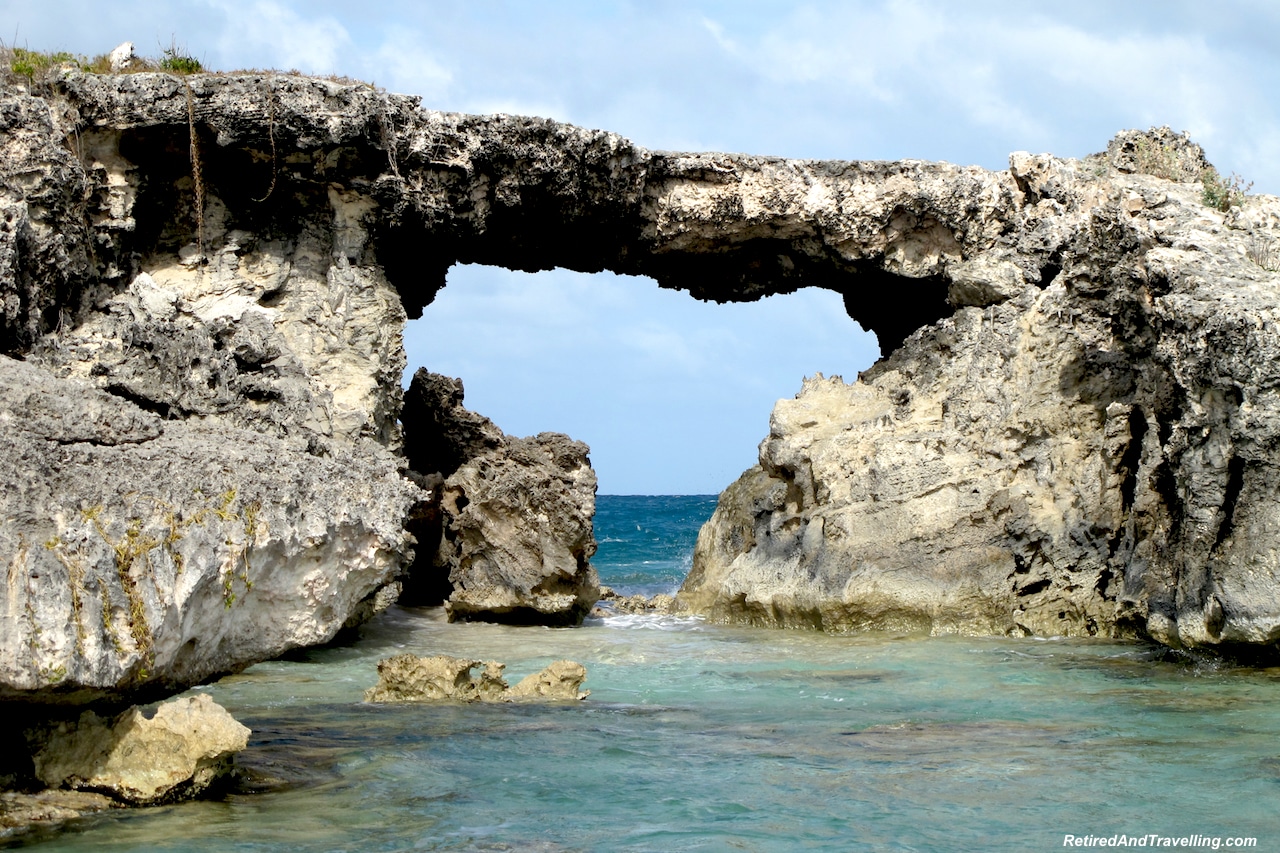 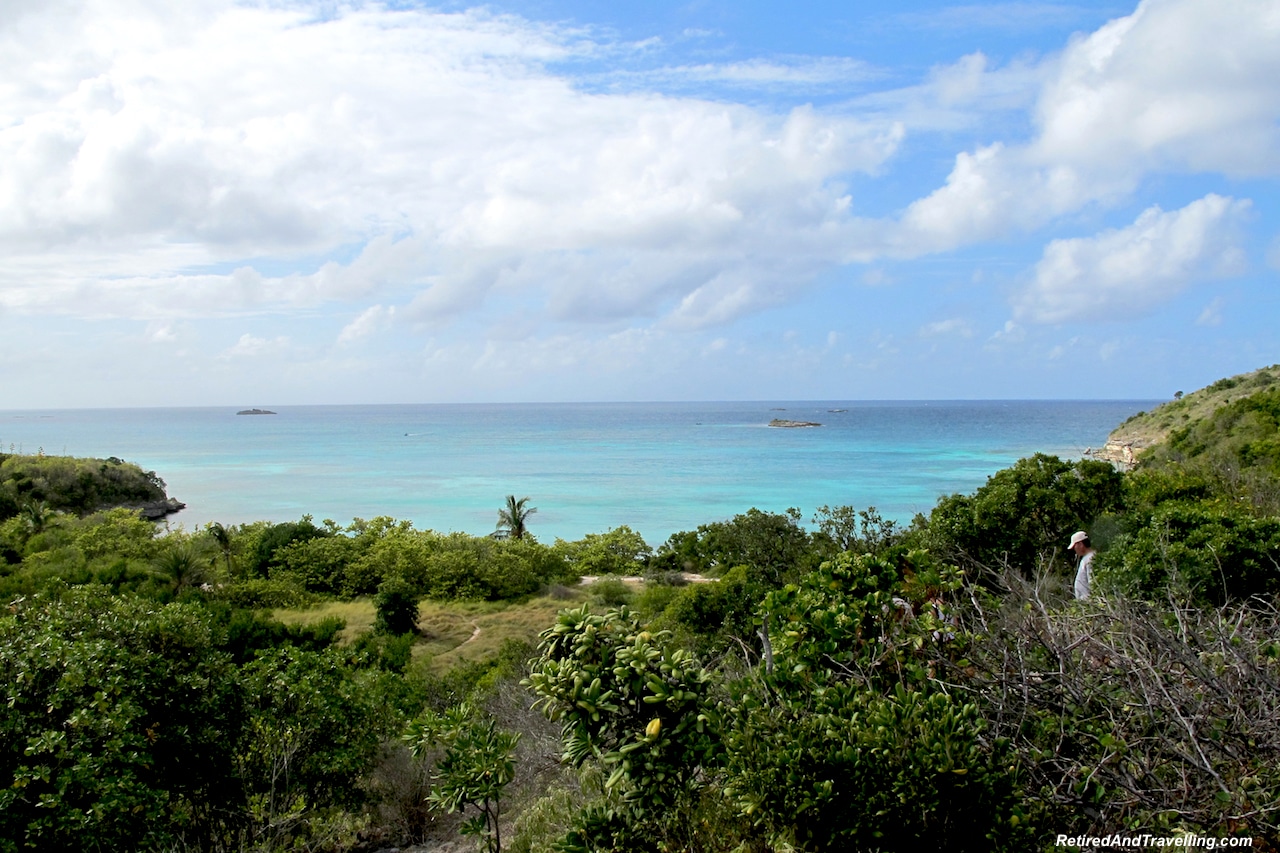 Under the Sea – Snorkelling Antigua Caribbean and Atlantic Beaches

We were able to snorkel just off shore. The water here was quite choppy due to the winds and the proximity to the Atlantic. But we all jumped into the water to see what we could find. There was a reef with a fair amount of smaller fish. The challenge was holding yourself still long enough to see through the sand the novices were kicking up. David managed to dive down a few times to get close up pics and even managed to get some video. 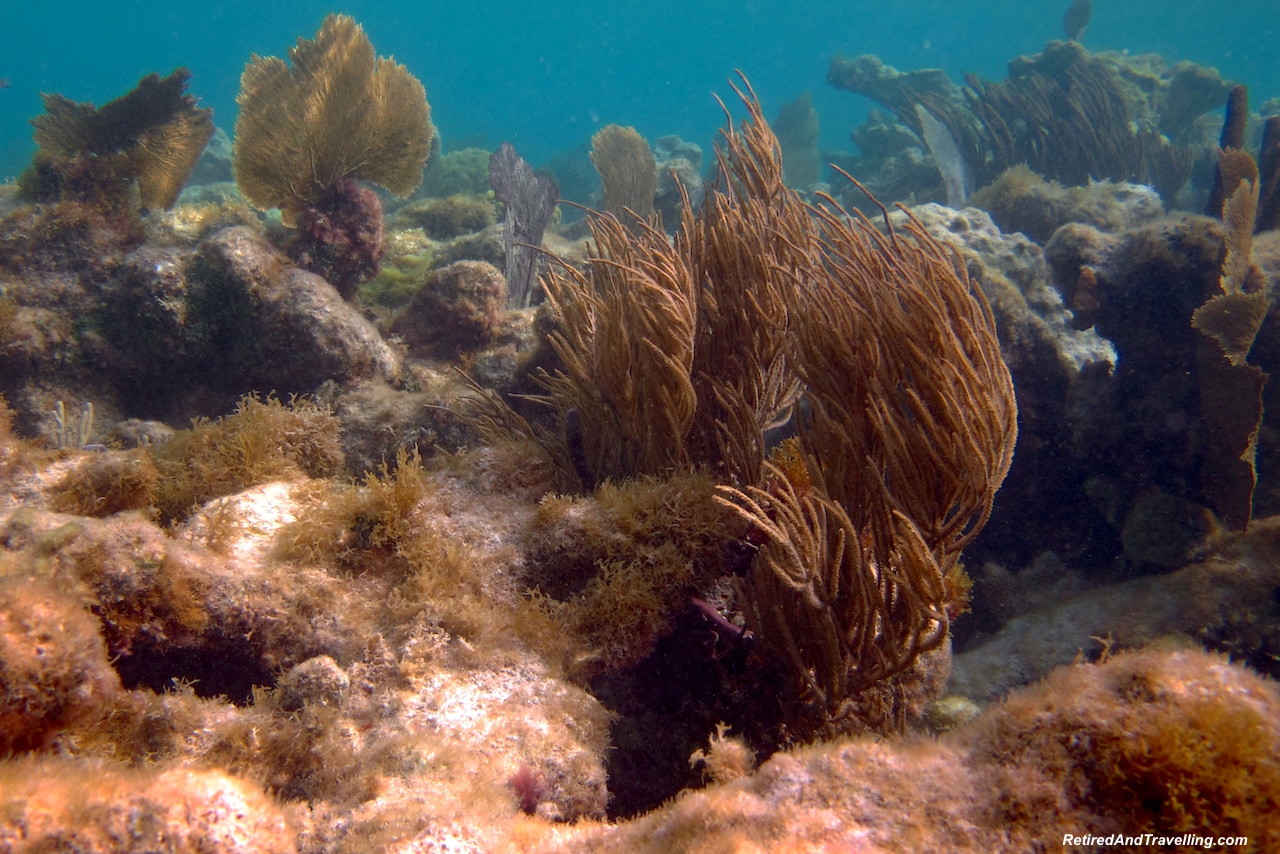 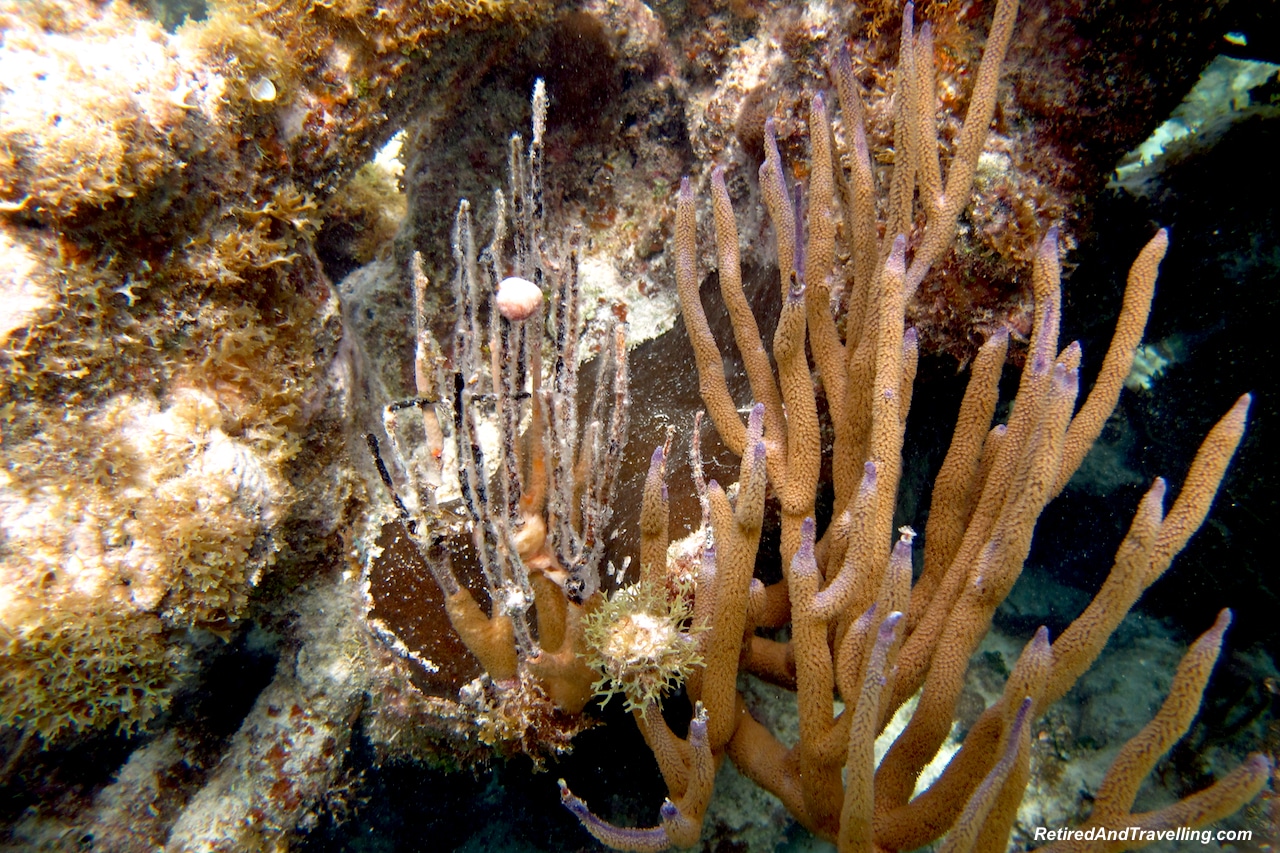 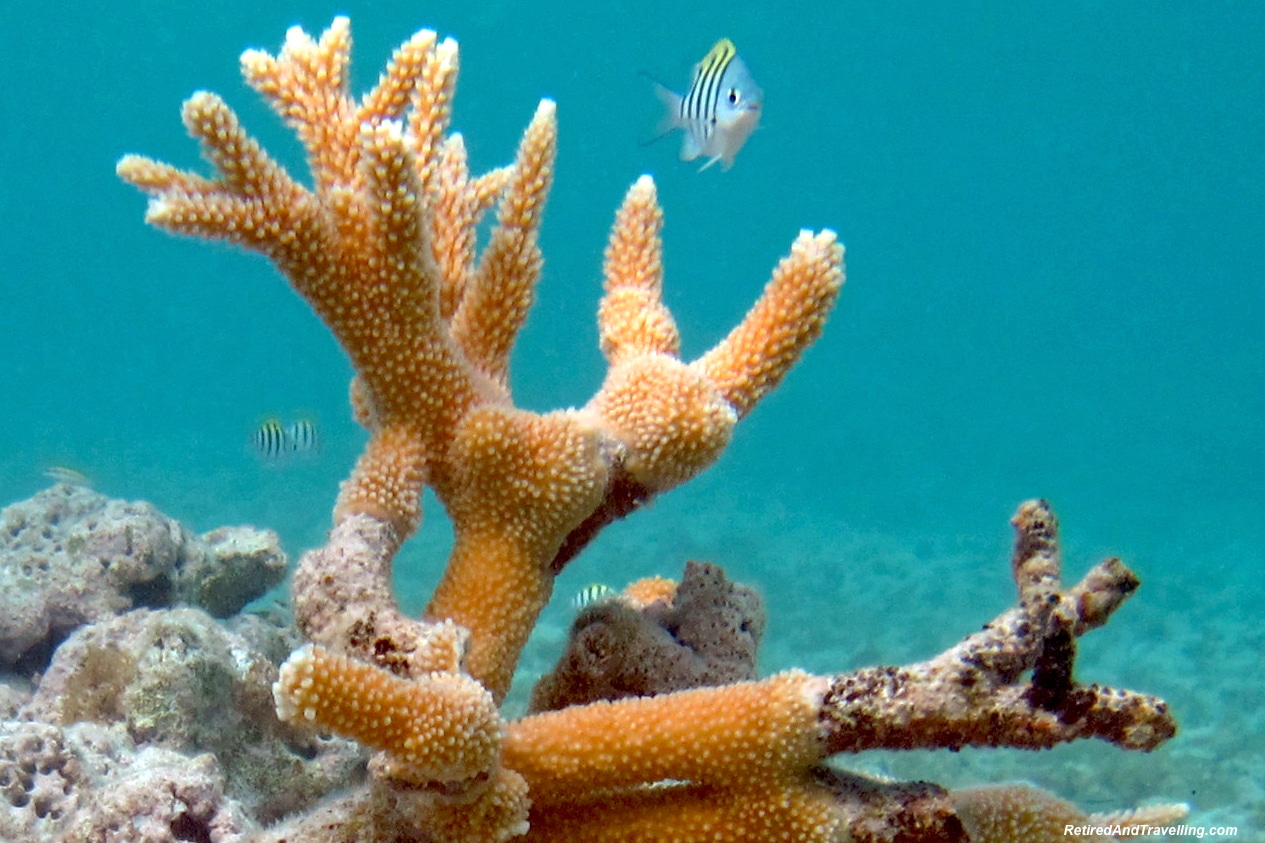 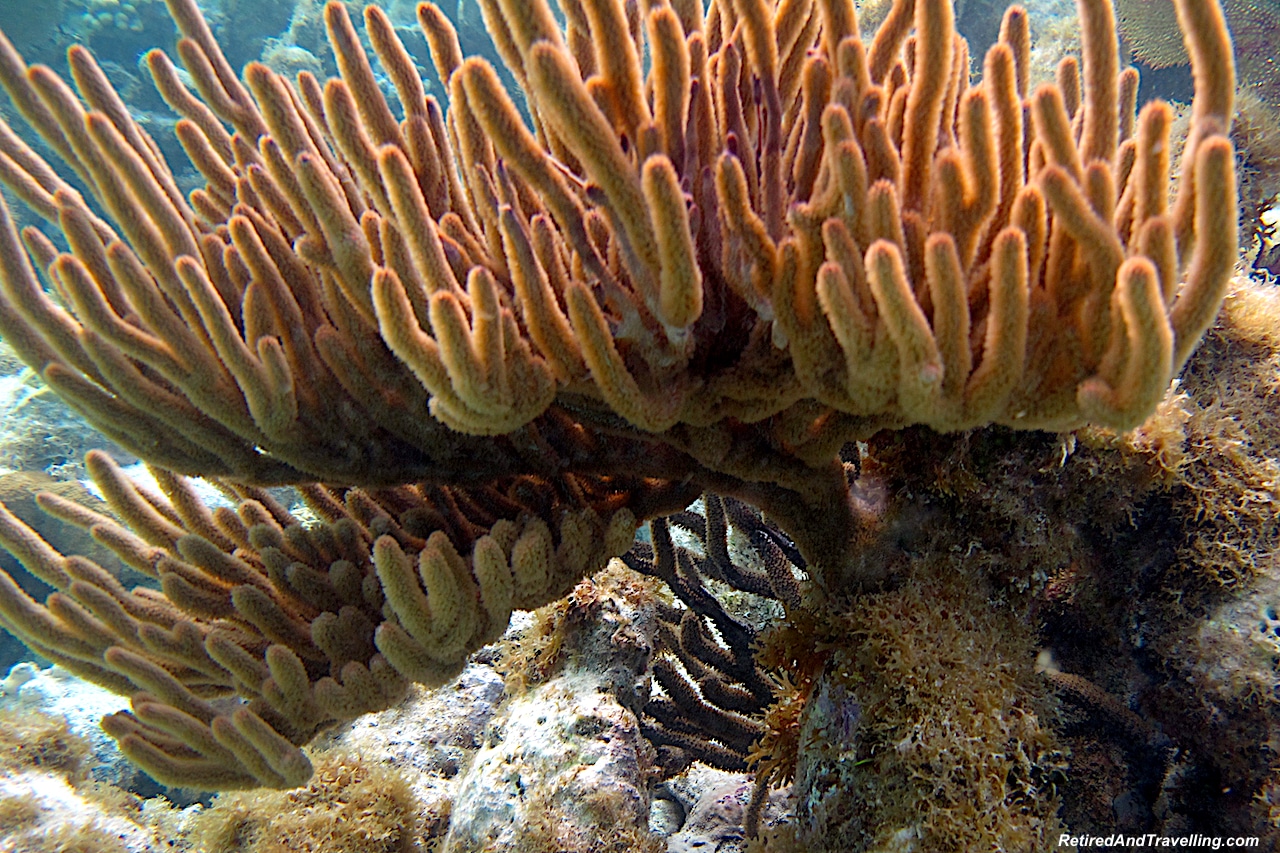 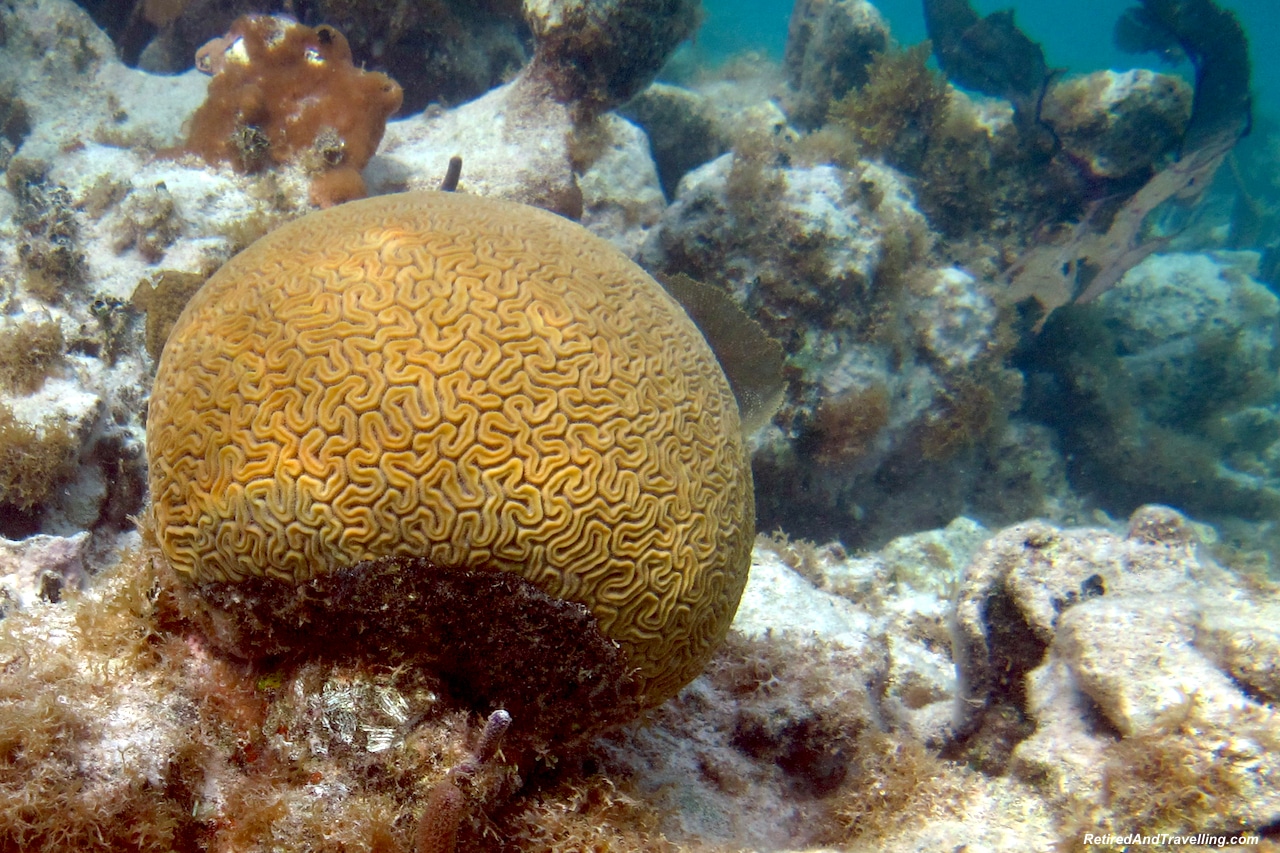 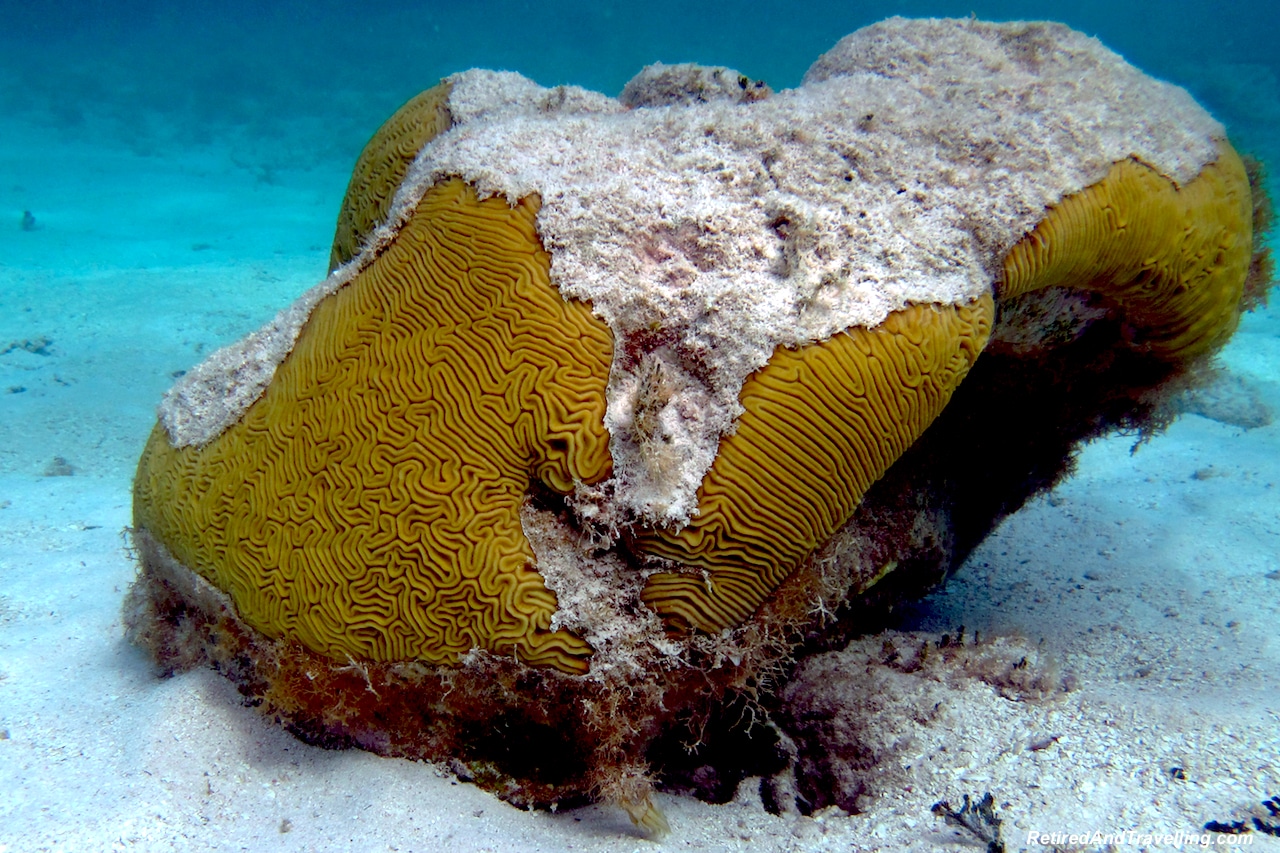 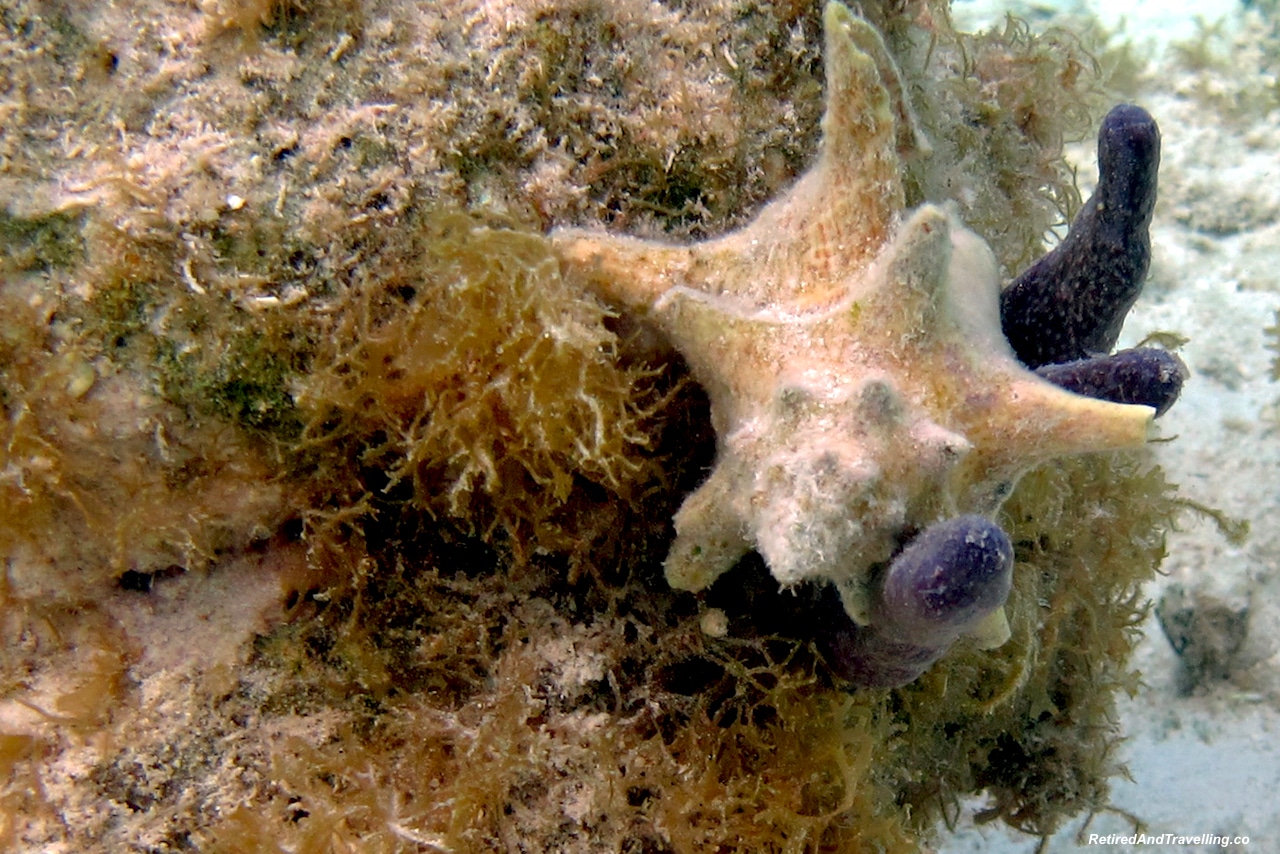 The tiny island had its own make-shift hawker stand with tacky souvenirs. We all ignored the trinkets. Finally, the group piled all their wares into their ramshackle boat and off they went. We could not buy something we didn’t need at every tour stop. What would we do with all of the stuff?

Re-boarding the boat we had another fast boat ride back to the main facility. We were greeted with cold cloths. This was a very welcome treat to get some of the salt crust off my face. We enjoyed a snack of rum punch and banana bread. Our hosts Jennie and Conrad, made sure we were refreshed before we took the little bus back to our ship. 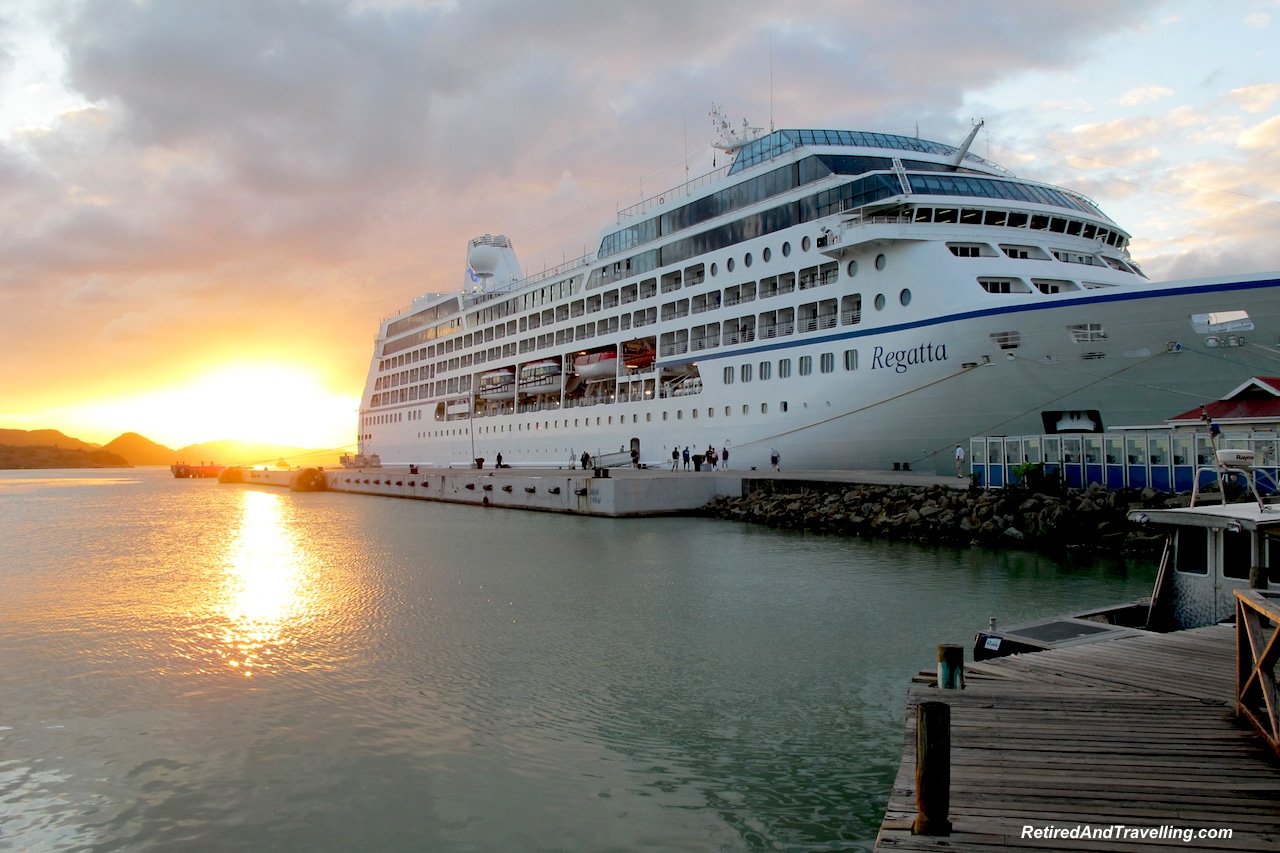 It had been a great active day in Antigua. In a country with 365 beaches, we hadn’t even scratched the surface – except with kayak paddles! Maybe we would get a chance to try the beaches at our next stop in St. Lucia?

What should we plan for our next visit to Antigua Caribbean and Atlantic beaches? 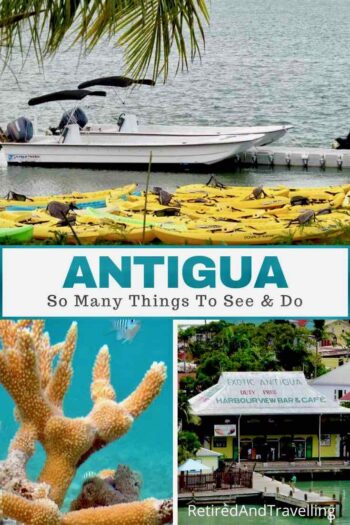 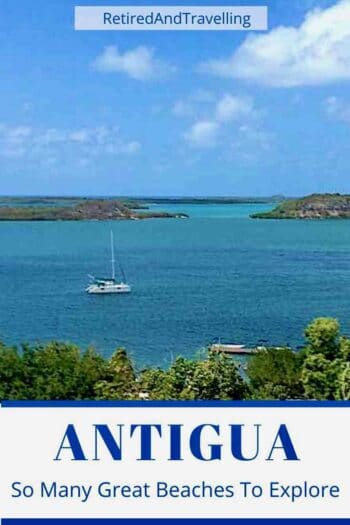 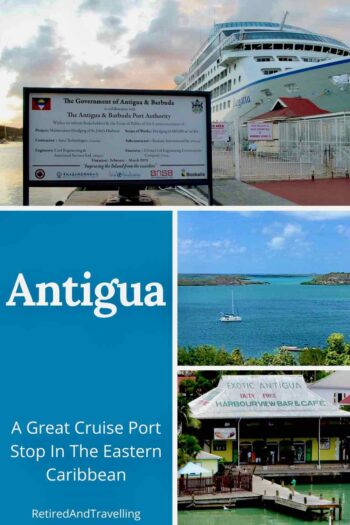