A Side Trip Enroute To Cesky Krumlov

We left Prague after a great 8 day visit to go to Cesky Krumlov. The first stop on our trip out of Prague was a sobering view of the country’s past. We visited a former forced labour camp at the Pribram Uranium Mine Vojna Memorial. The camp was initially set up for German war prisoners. It was then used to hold Communist political prisoners until 1961.

When we travelled from Prague to Budapest, on the transit days on our Overseas Adventure Travel (OAT) tour we often stopped several times along the way. This gave us a great chance to see more of the countries. And to learn more about local life and the history.

This blog post is not the pretty view of the Czech Republic that so many others in this series provides. But this history does shape the Czech people. It tells a story of a time in the not so distant past. Lest we forget!

View The Past At The Pribram Uranium Mine

This first stop on our trip out of Prague was a more sobering view of the country’s past. We pulled up to the Pribram Uranium Mine Vojna Memorial site and saw the double row of razor fence that enclosed the camp. When our guide Vashek told us that his whole country used to be enclosed in similar fencing, it made us stop and think. We never had to face this kind of constraint on our liberties. There was even a piece of the Berlin Wall at the site. 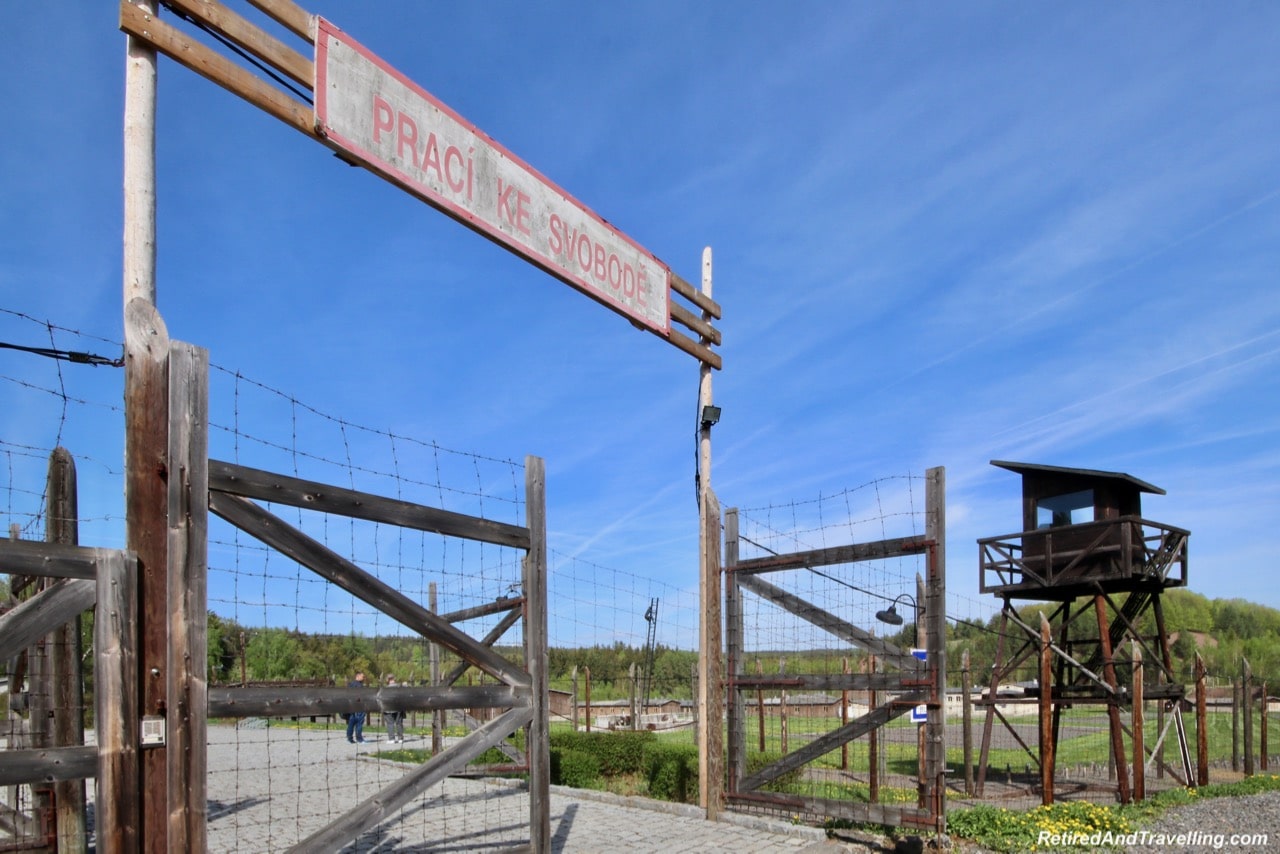 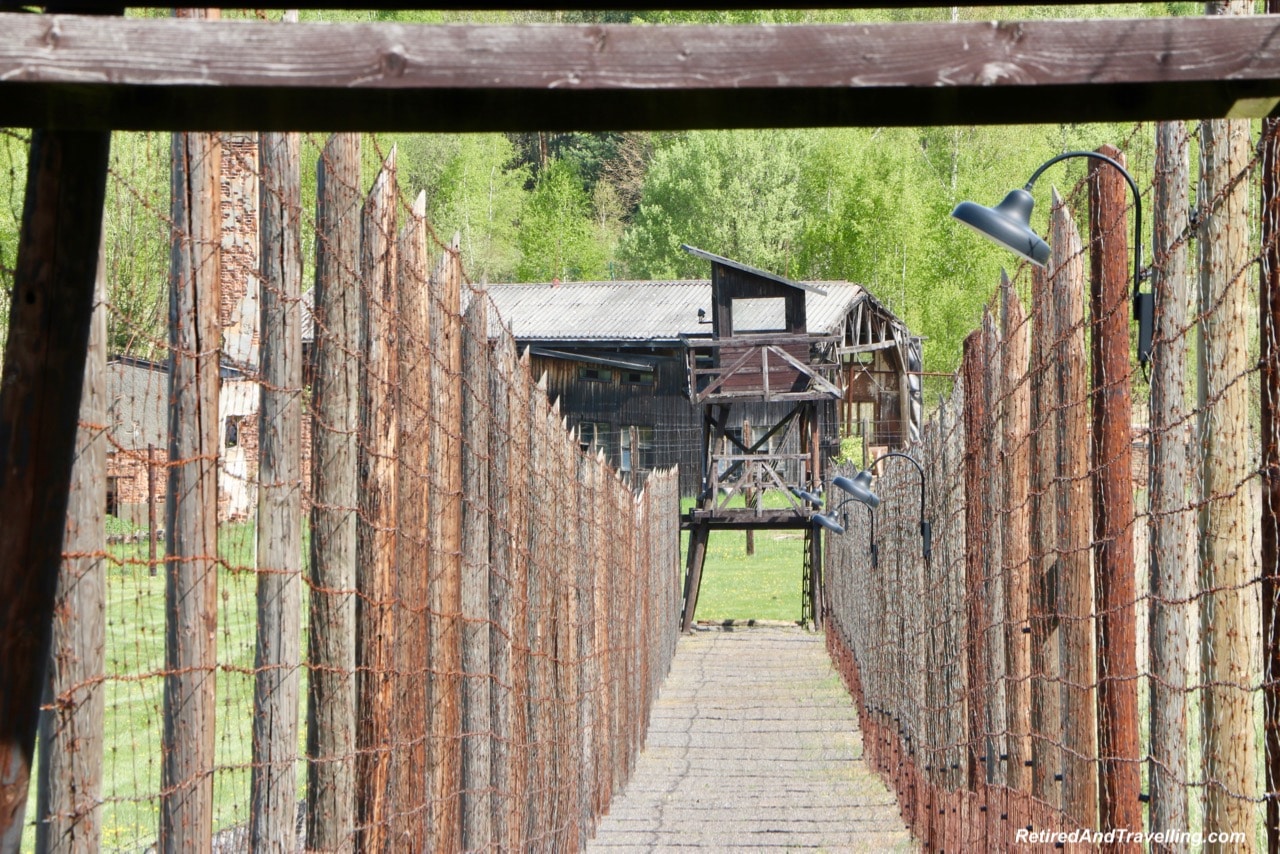 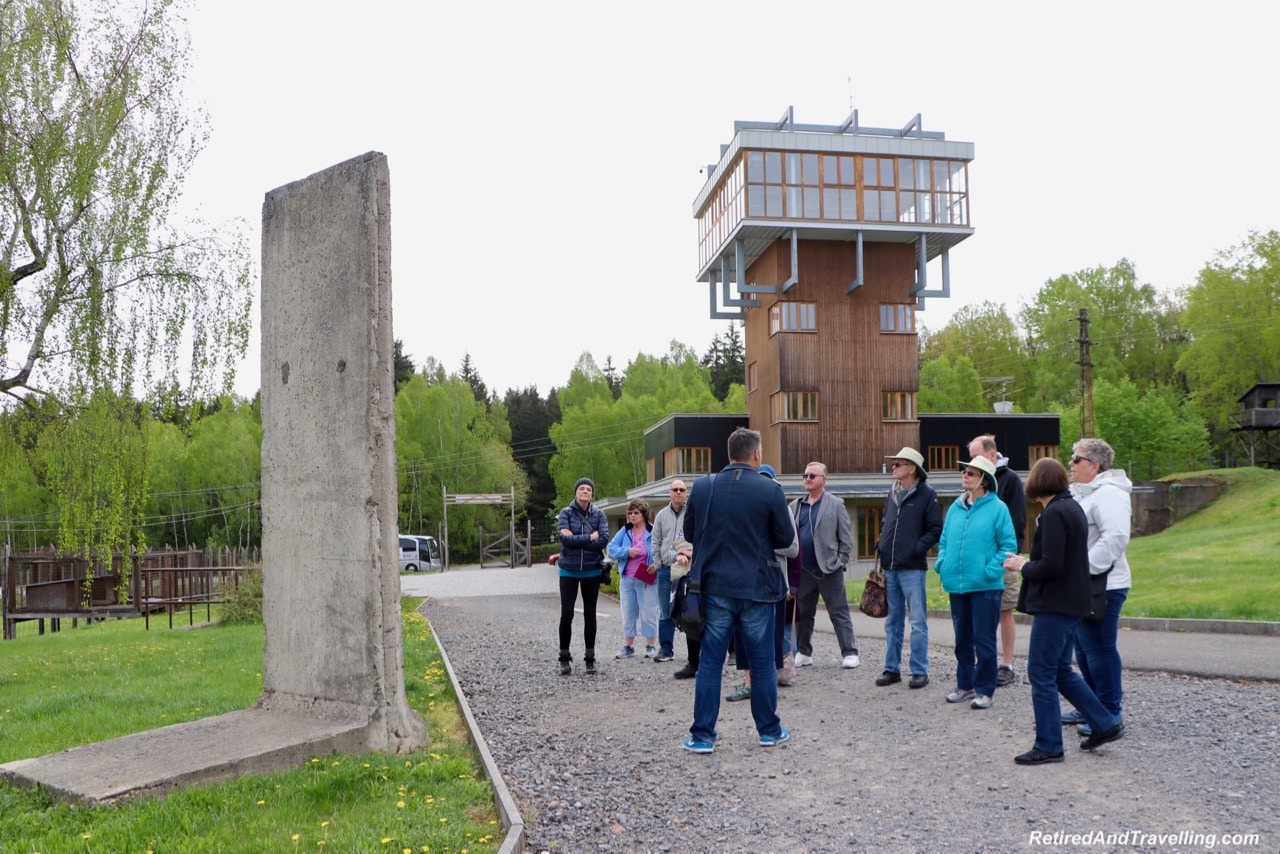 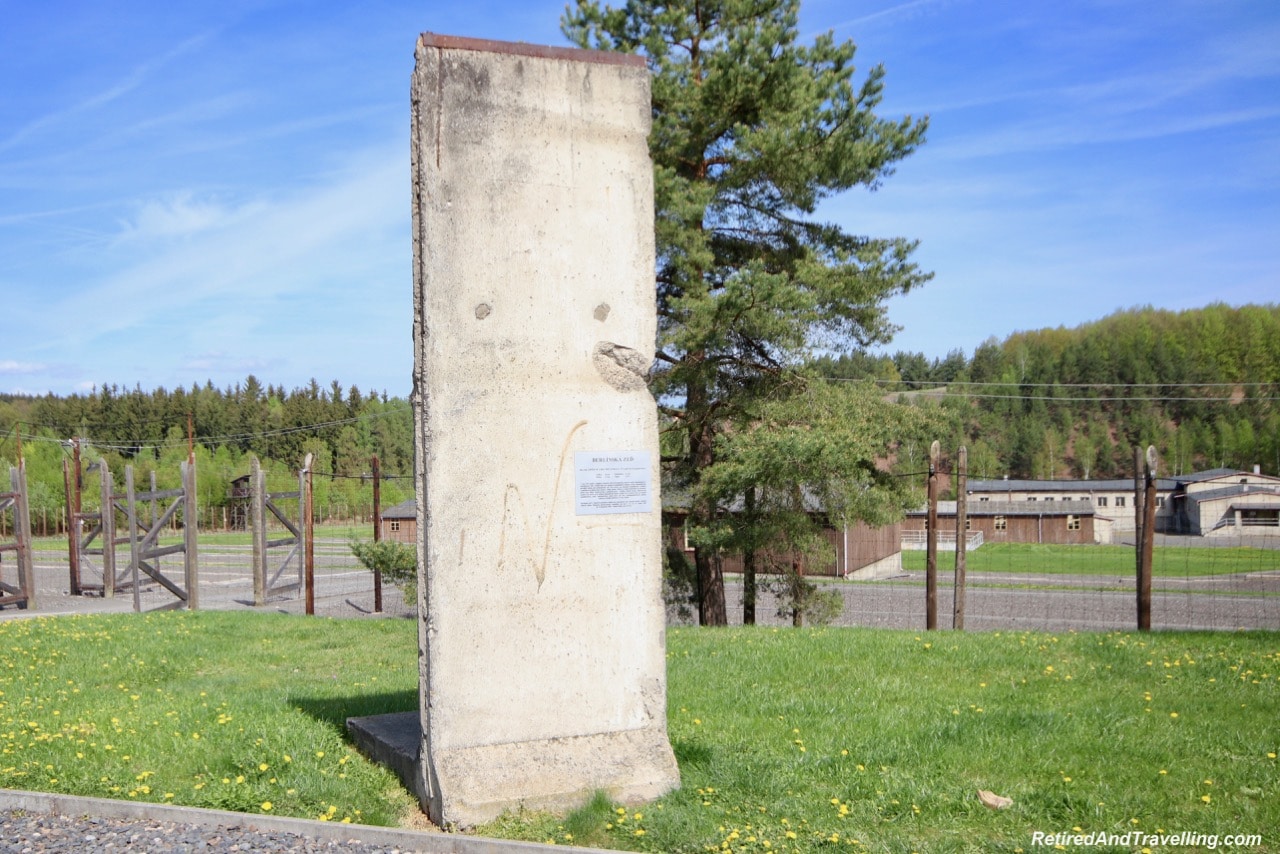 The German sign that hung over the entrance to the mine translated to “Freedom Though Work”. The prisoners toiled in the uranium mines all day. And then the exhausted workers were subjected to re-education therapy when they weren’t working. 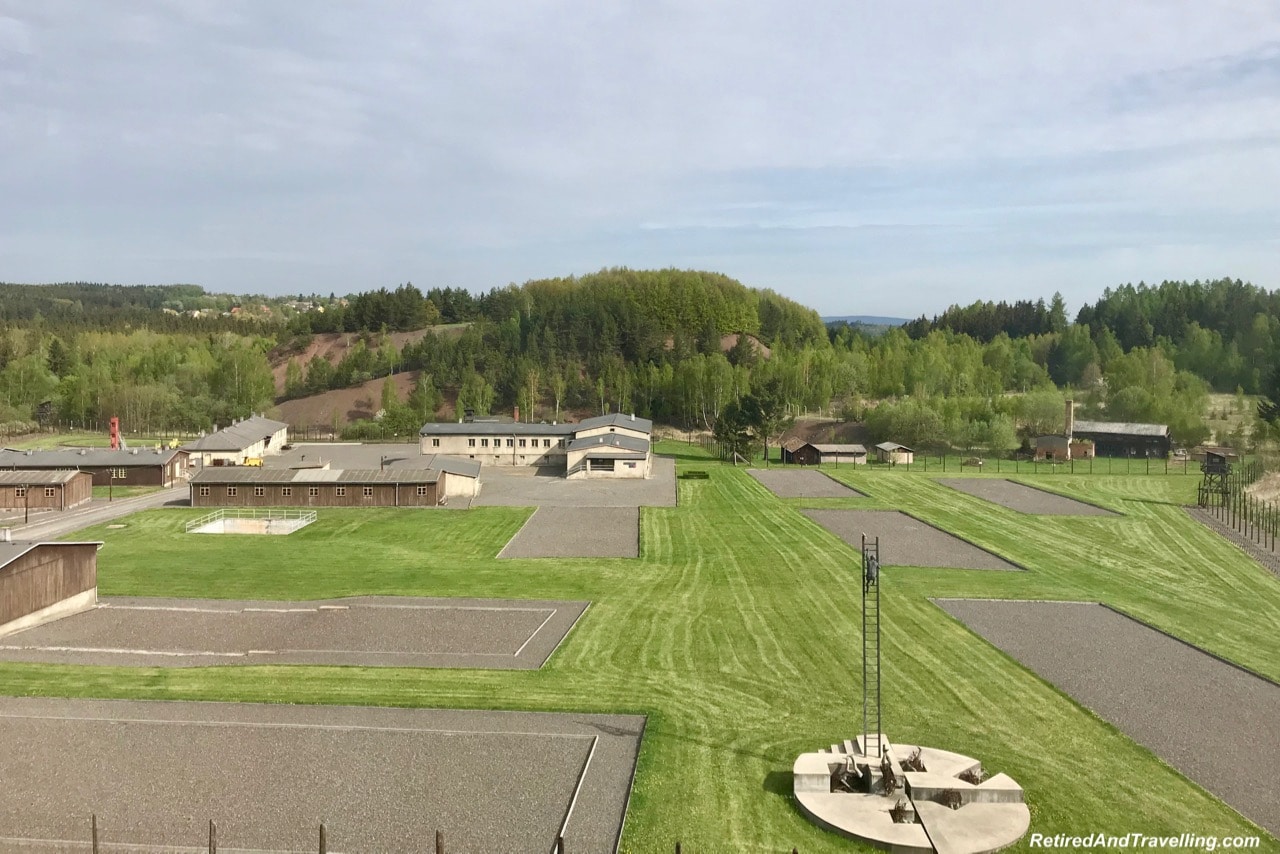 We walked around the camp and saw the restored buildings – dorm buildings, a small hospital and the common room. Nothing we saw in the camp made their life look easy. The entertainment room had curved benches so the prisoners would not get too comfortable. Even this prison had separate locked prisoner rooms for more severe detention. 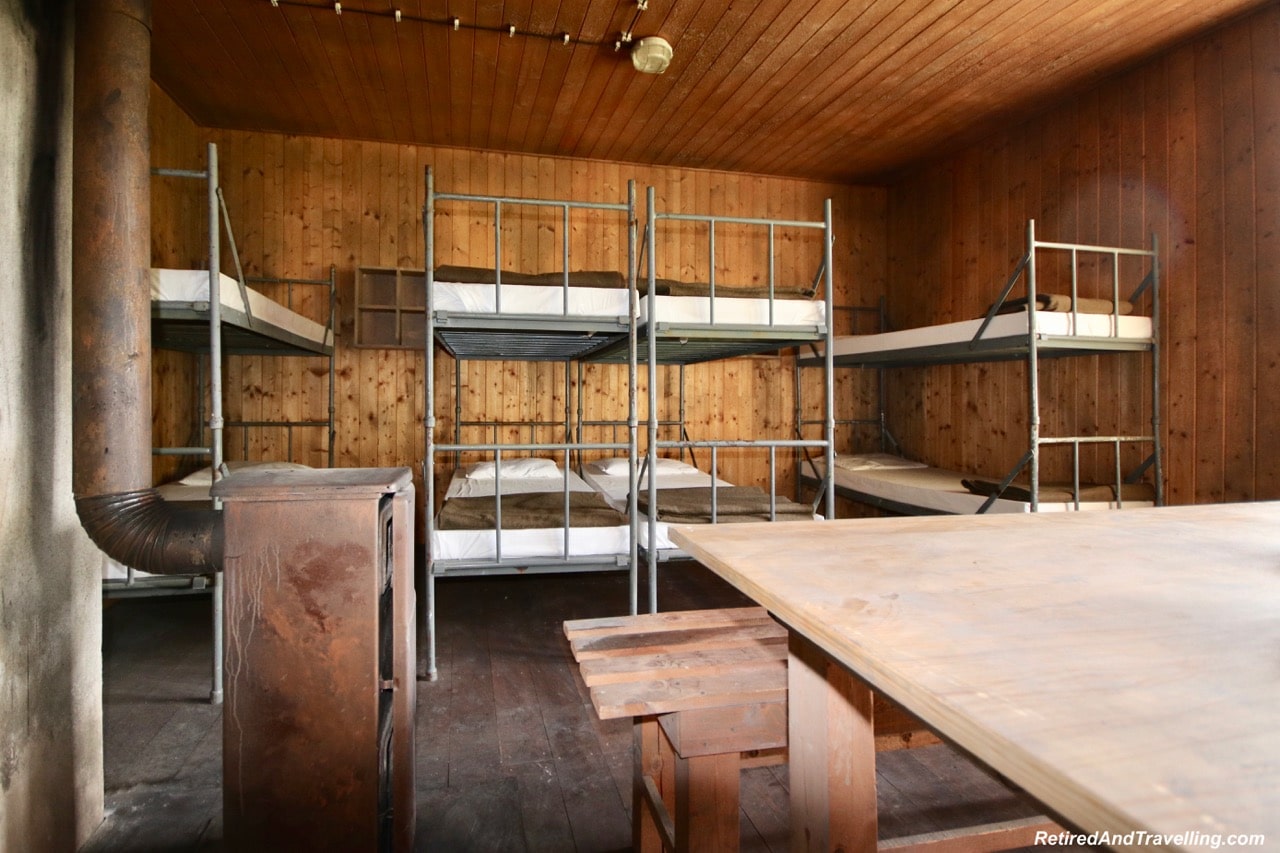 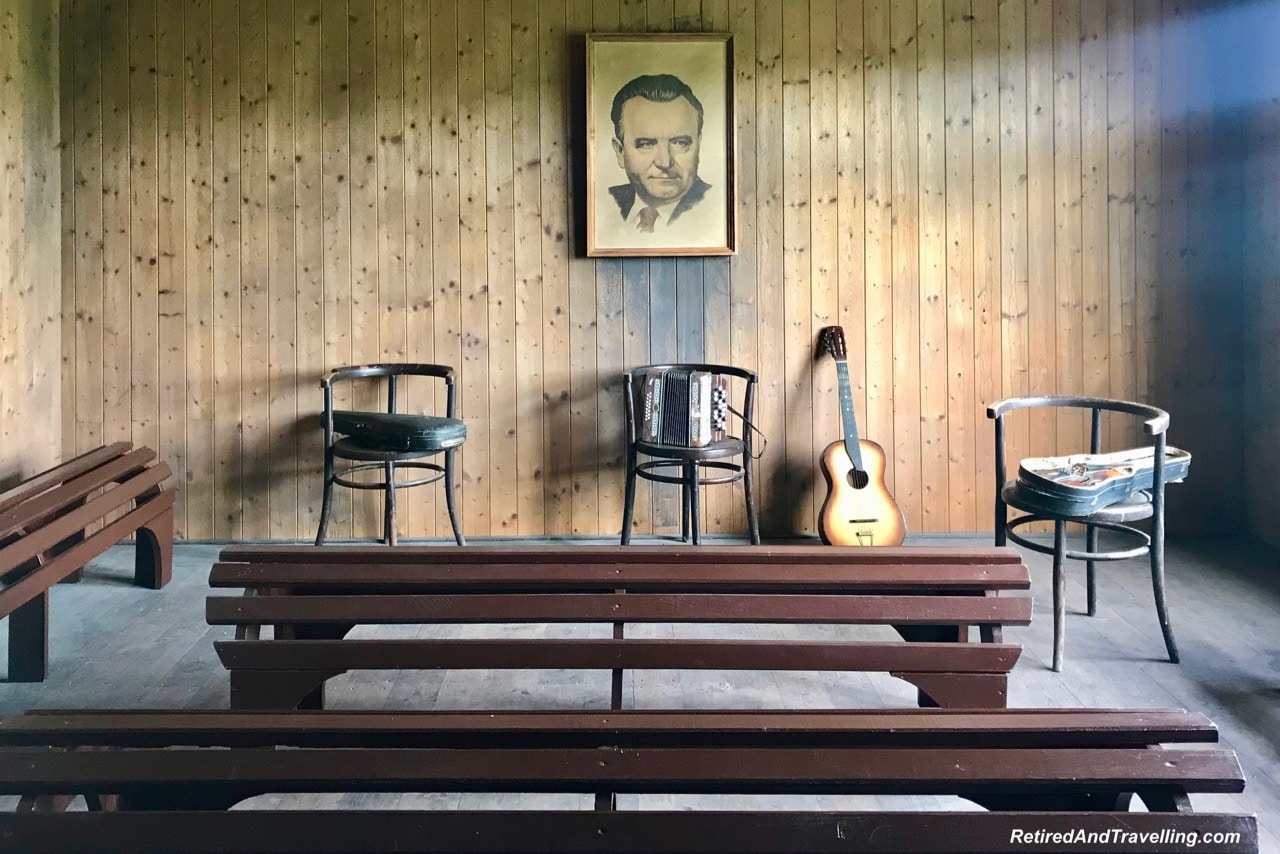 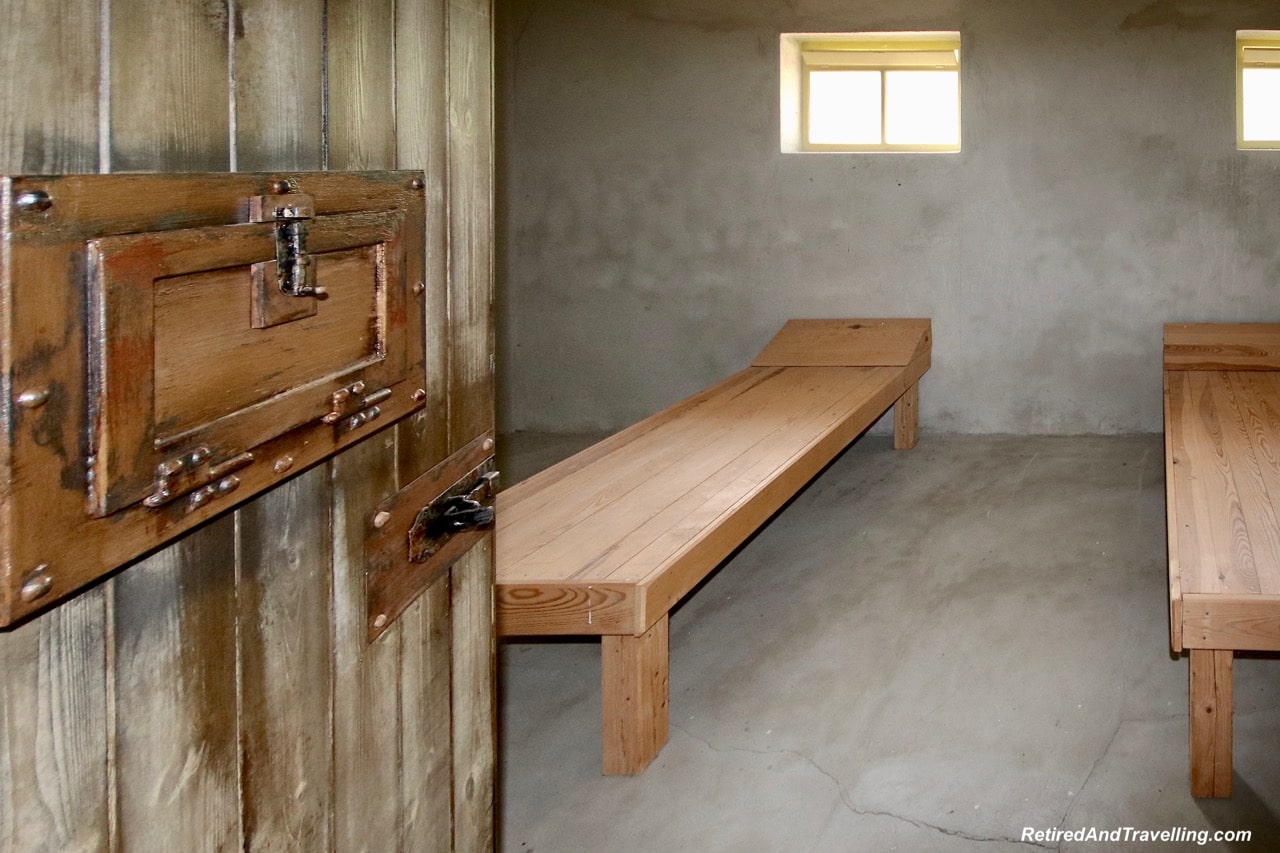 We saw the railway cars that went out to the mine rusting in the yard. Behind the railway track, we saw the slag heap for the uranium mine. It was now covered with new greenery. 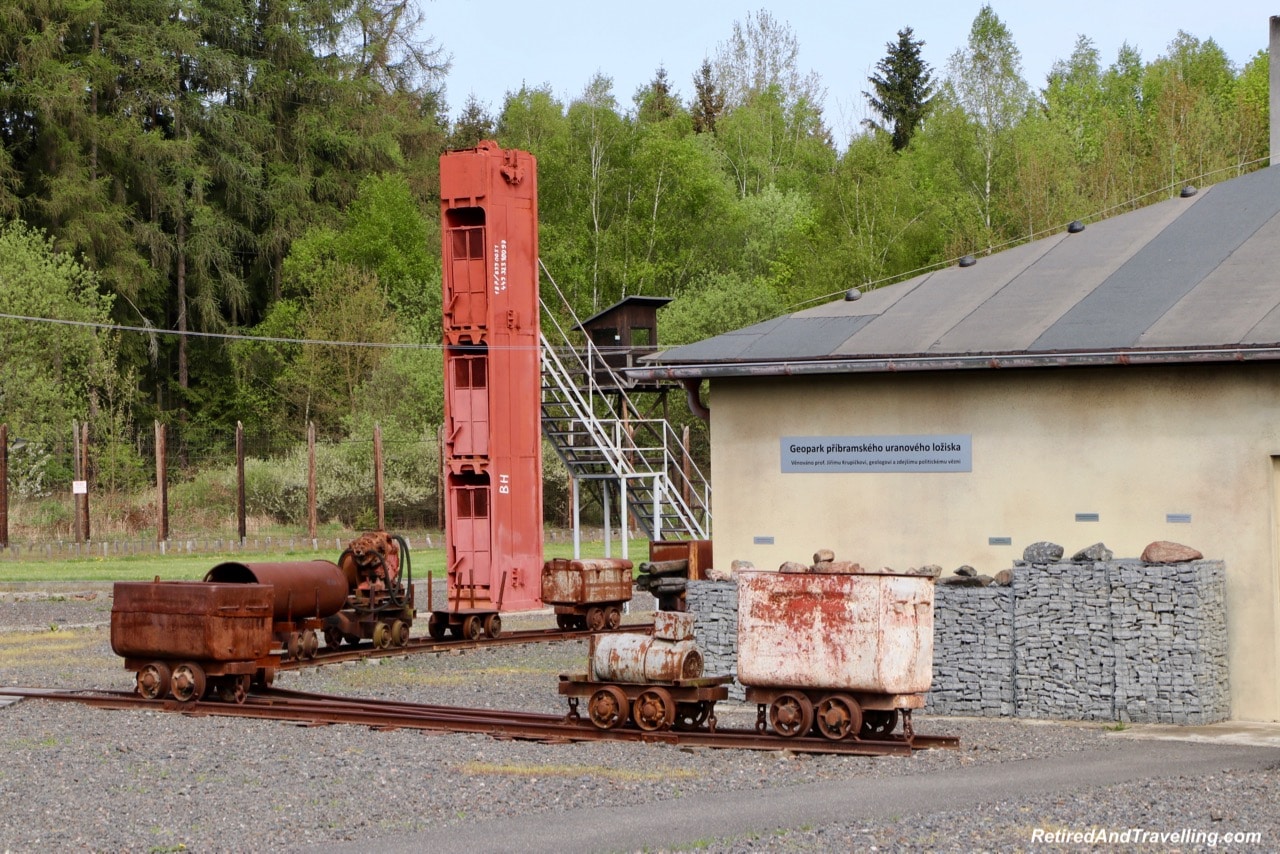 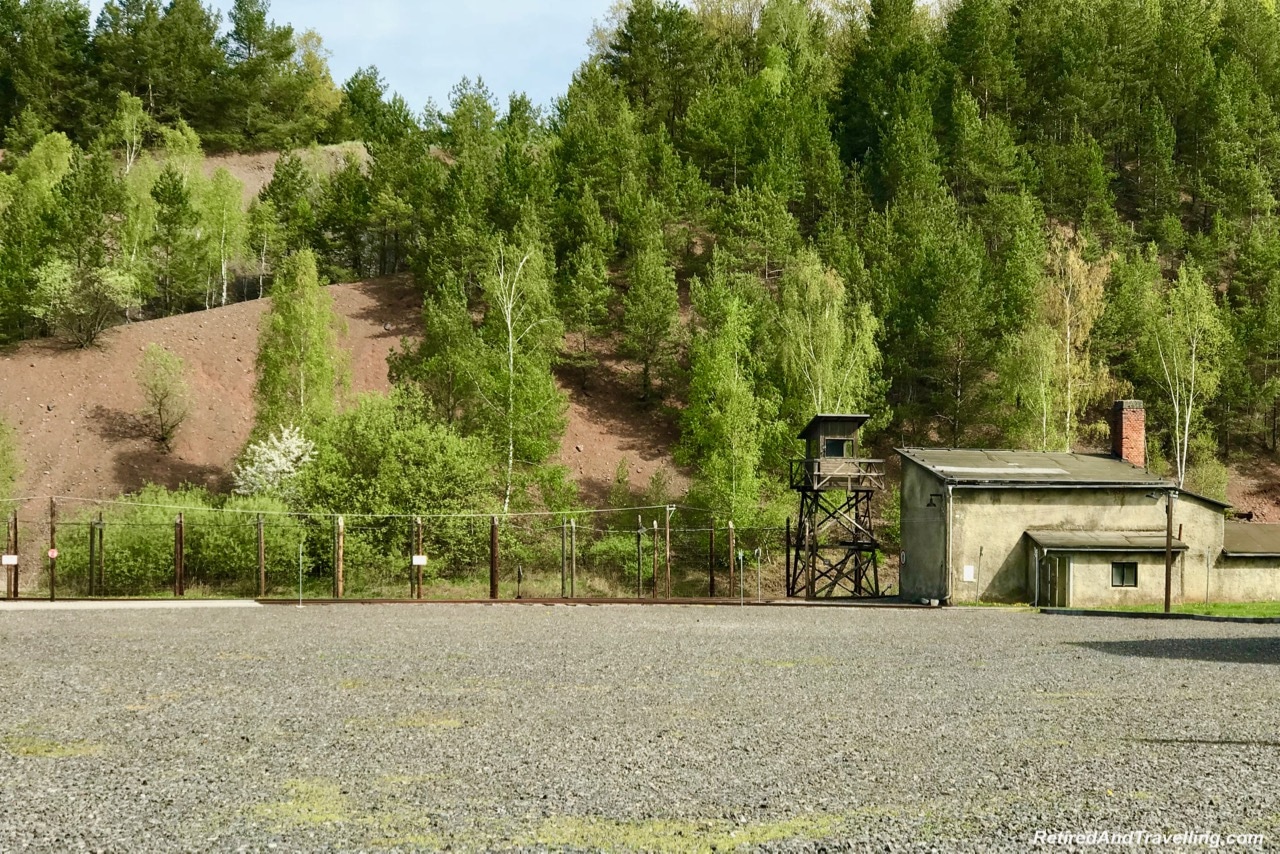 As we walked around the Pribram Uranium Mine Vojna Memorial site, we got a glimpse into where this all happened. How it felt to be imprisoned here was imprinted on us when our guide to us to the next stop on our tour.

A Memorial And A Museum

There was an interesting museum that showed some of the history of this mine. It also helped us to understand a little about the resistance movements and the leaders of that resistance. There were touching letters on the walls that talked about the life of the captives. A memorial is a tribute to those executed for political reasons in the period from 1949 to 1960. 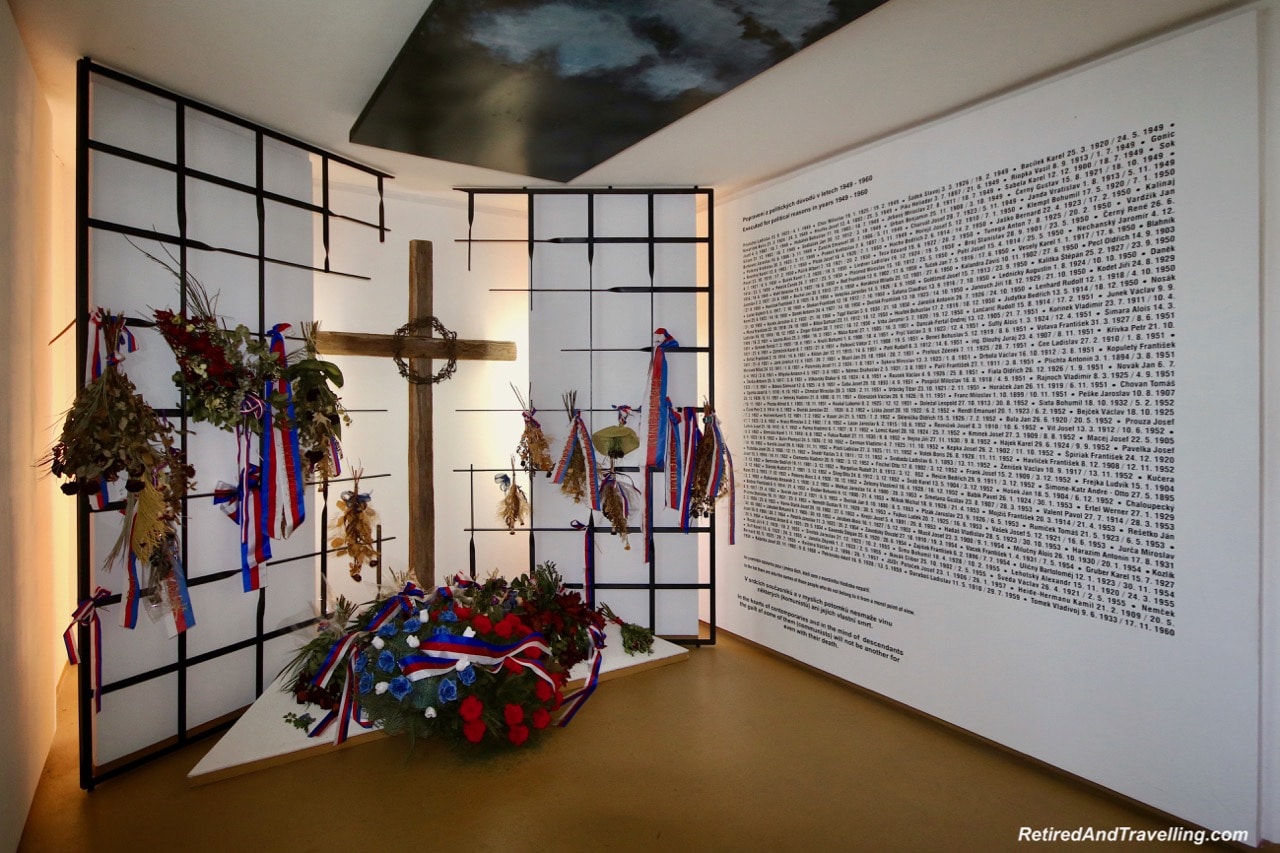 Several interesting pieces of art brought home the point. A man in chains was set up yards from freedom in the open courtyard. He seems to be gesturing “catch me if you can”. A second man scaled a ladder to escape while others piled in at his feet. 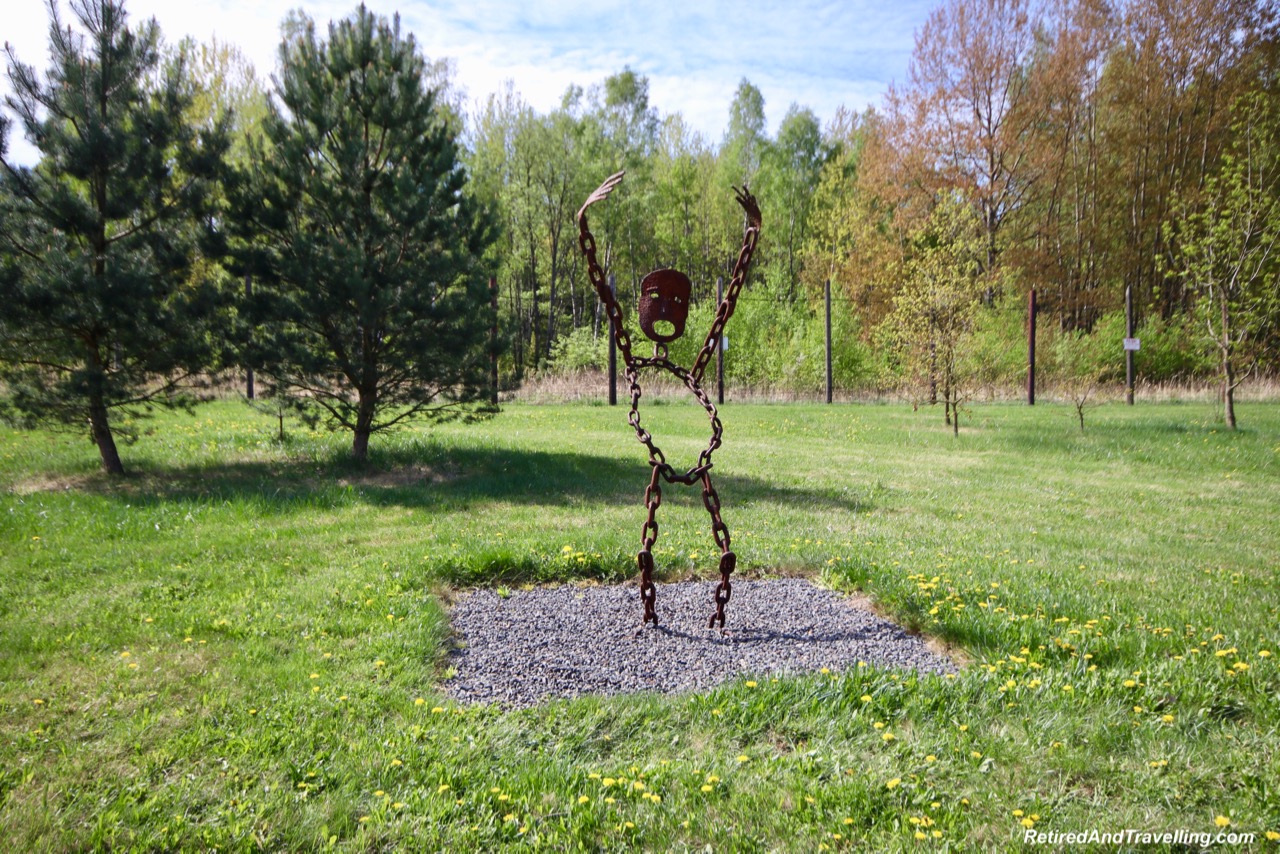 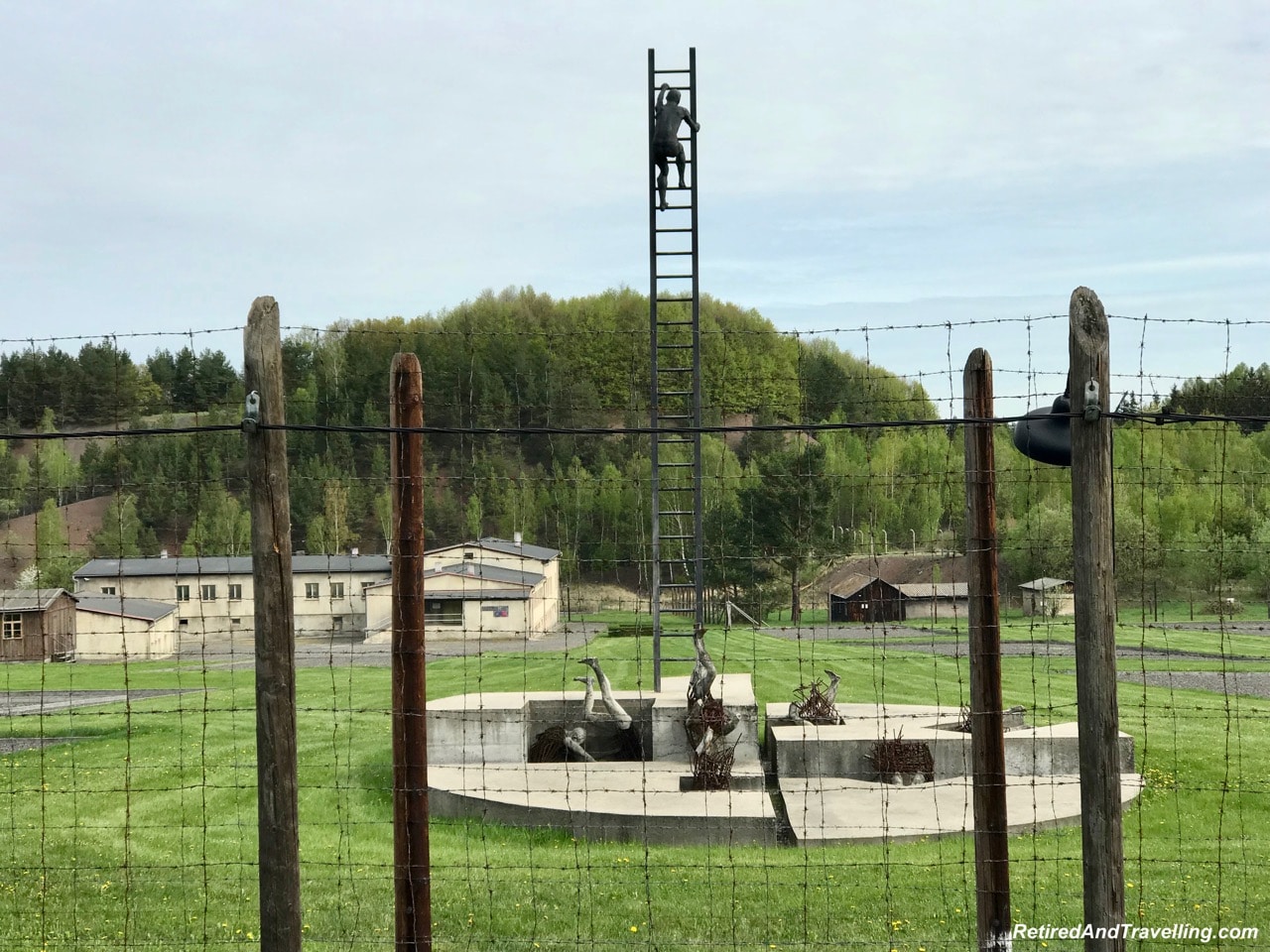 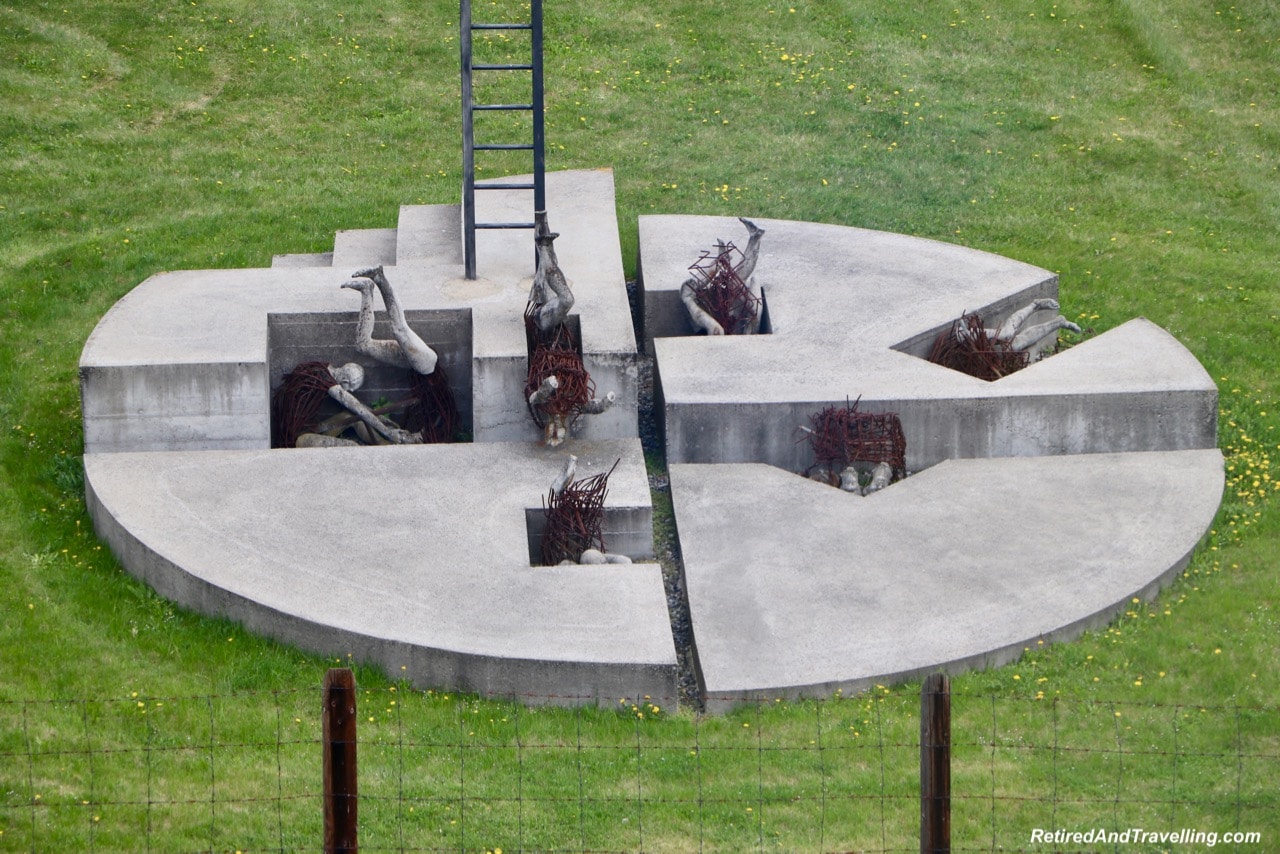 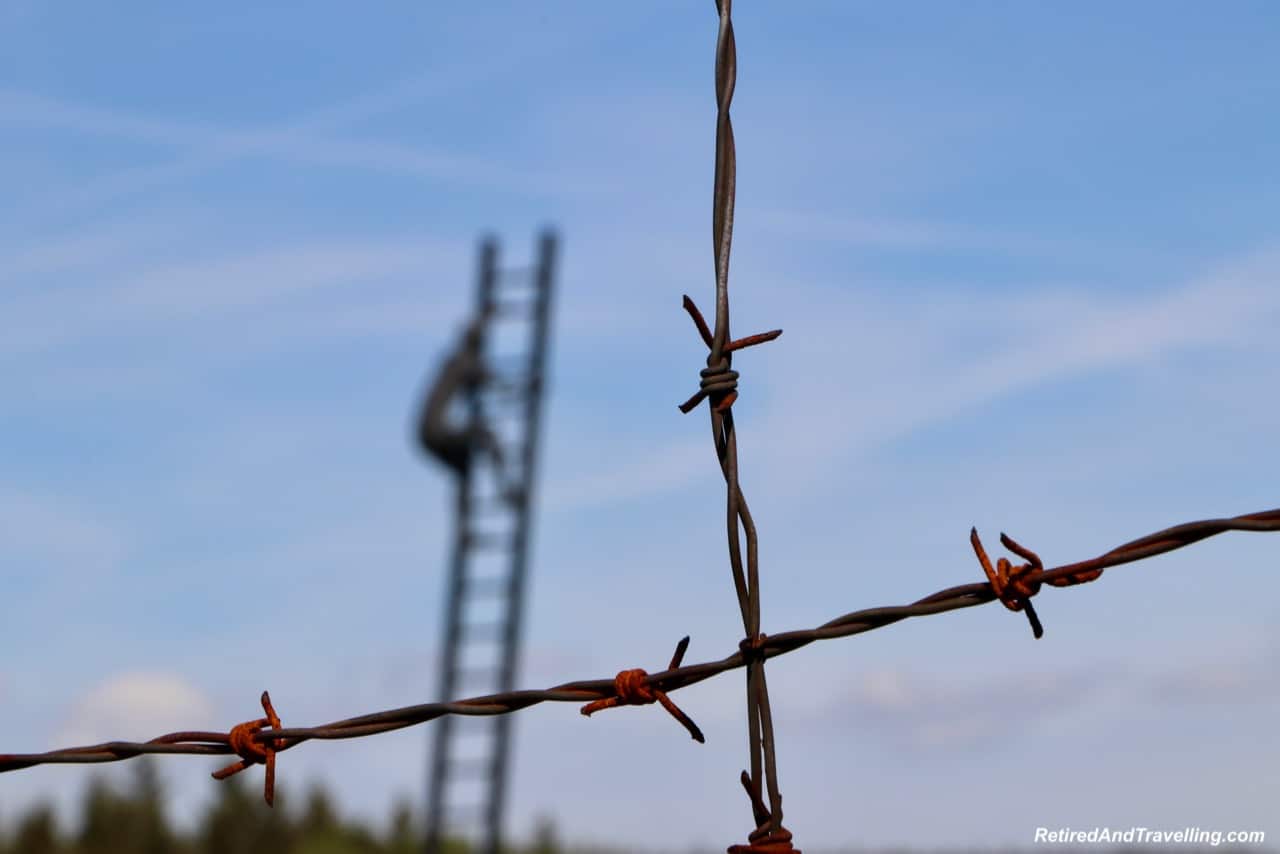 The Pribram Uranium Mine Vojna Memorial museum helped us understand the pain that once filled this site. 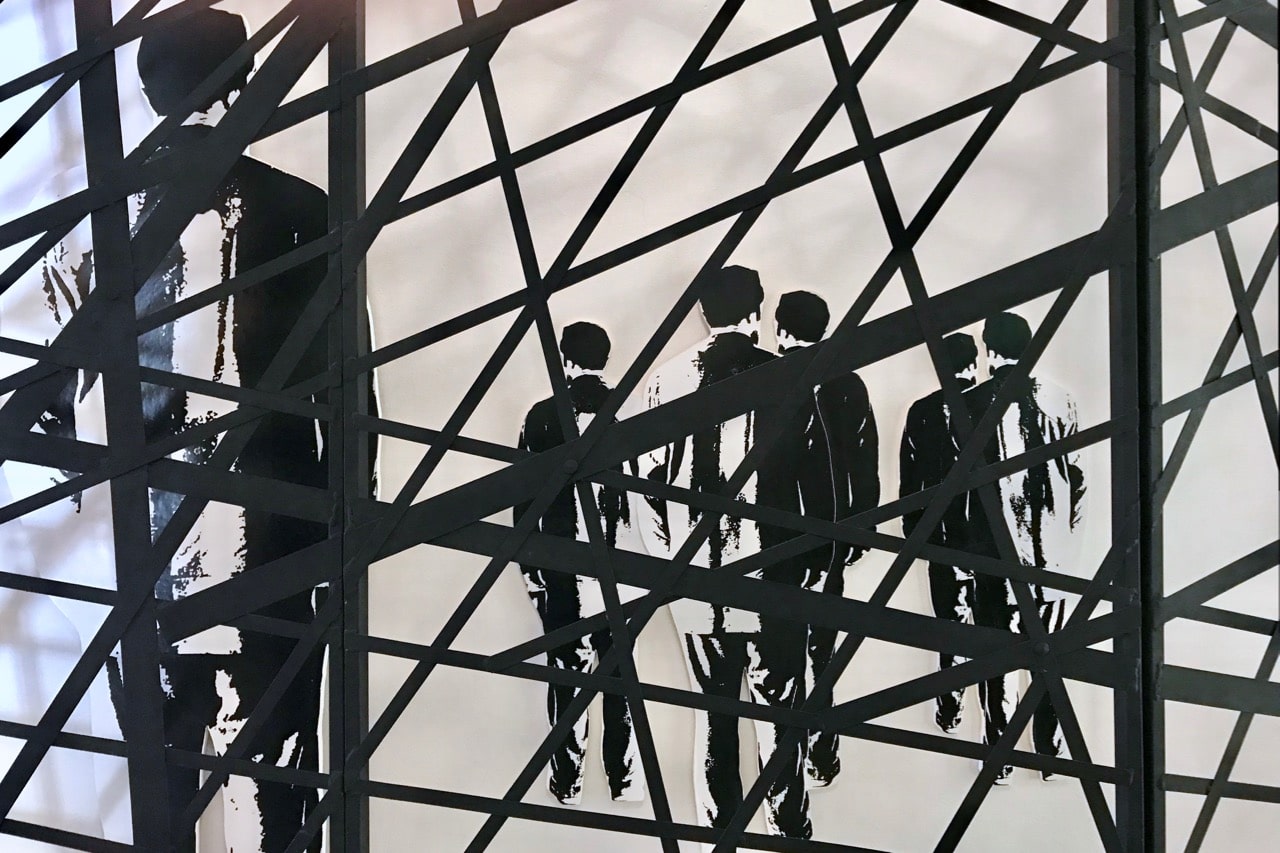 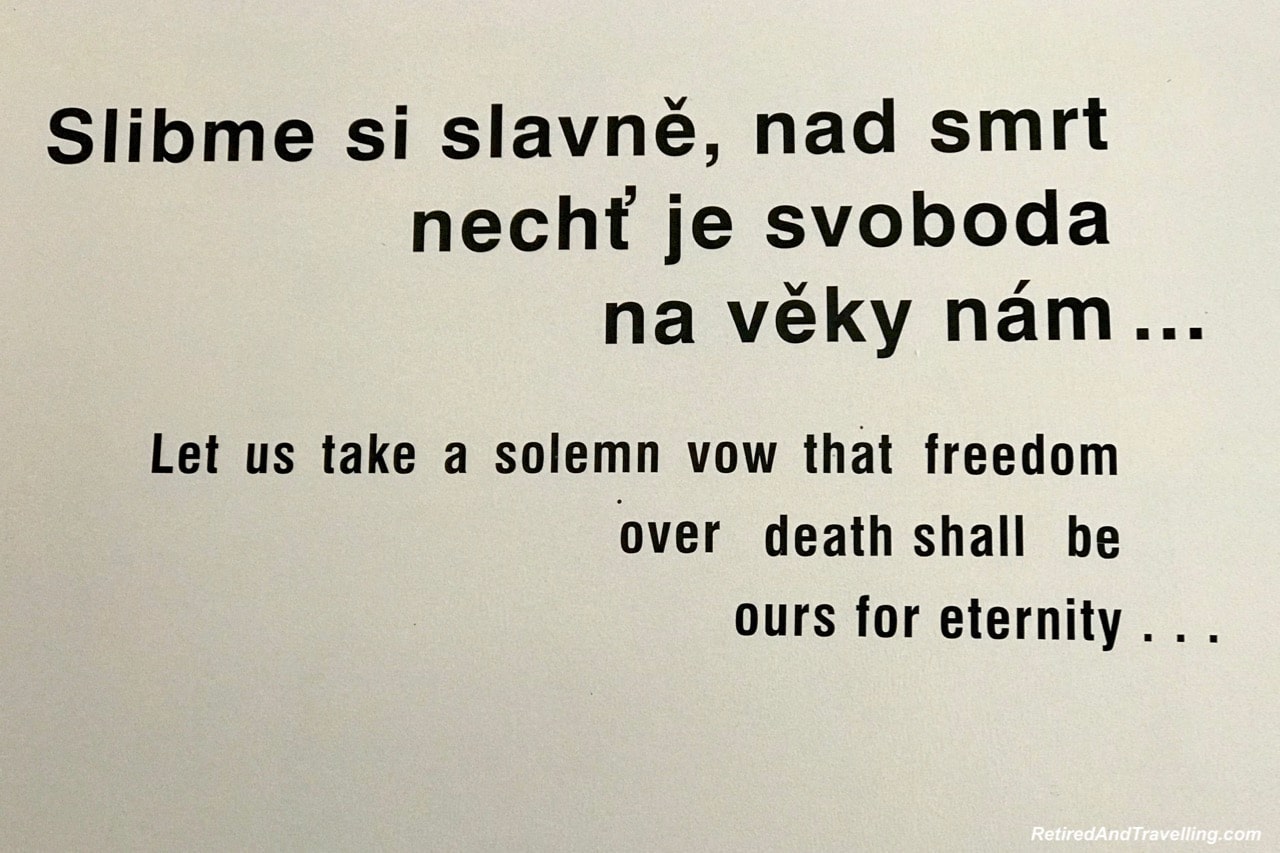 As we toured in Prague, we got a small glimpse into the past of this country. We heard about life during both during the world wars and through the Communist period. This stop at the uranium mines on our way to stay in Cesky Krumlov certainly gave us a much more visible reminder. When we reached Cesky Krumlov, it showed us much older history of the Czech Republic.

The Pribram Uranium Mine Vojna Memorial is not likely on many tour lists that you find when you visit the Czech Republic. It was the type of place that our OAT tour leader felt we should see to get a balanced view of his country. But you can go to the mine for guided tours on your own.

I had the same visceral reaction seeing the history at Pribram Uranium Mine Vojna Memorial as I had when we visited the Jewish Quarter in Trebic a little later in the trip. These stories are not about the far distant past. It was a firm reminder of worse times in history. And the resilience of people to re-shape their lives after tragedy.

Did you visit the Pribram Uranium Mine Vojna Memorial? Does this post make the history feel more real to you? 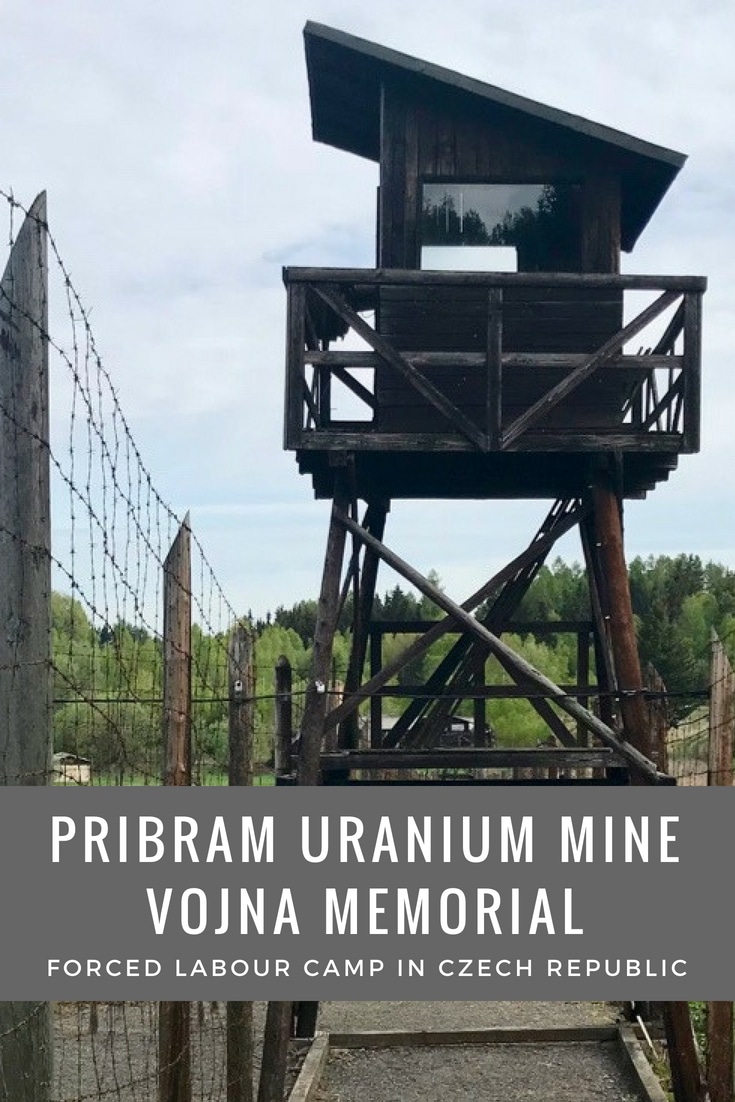 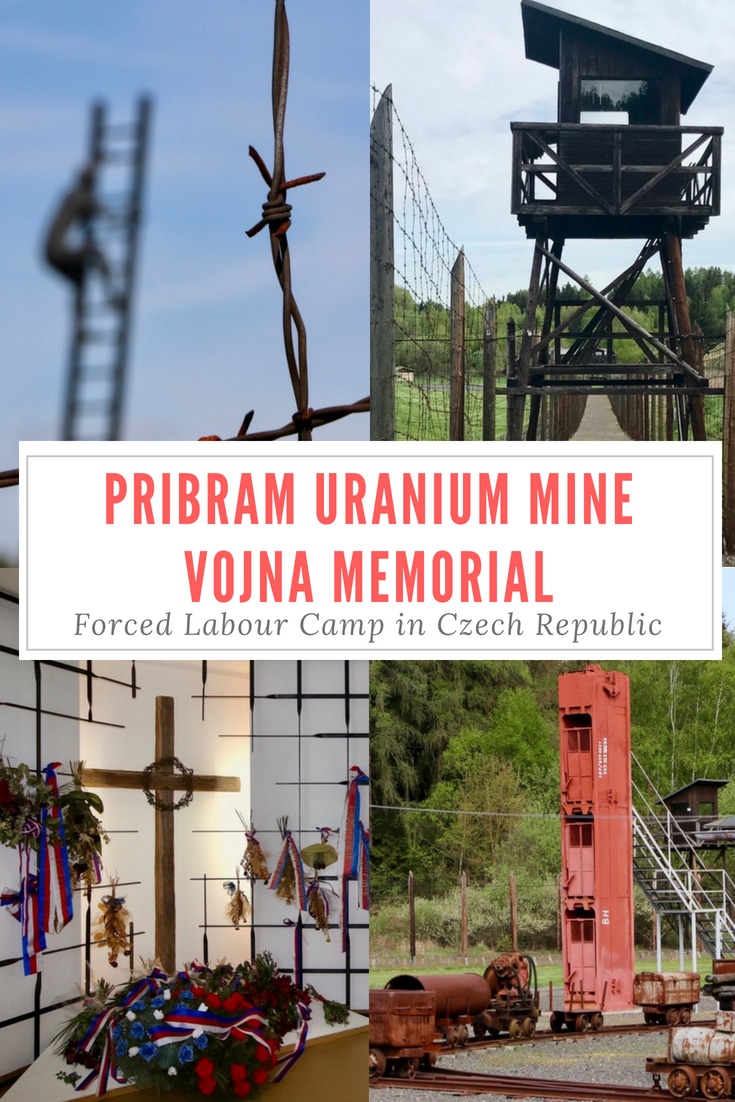