Find A Boat Trip And See Ottawa From the River

We were in Ottawa for a 4 days over the Canada Day weekend. Canada Day itself was spent enjoying the festivities but we were looking for other things to do in Ottawa. On our recent trip to SE Asia we found that a river cruise was a great way to get a different perspective of a city. Seeing a city at night also provided a different view. In Ottawa you can choose a cruise up the Rideau Canal or others that go along the Ottawa River. We finally decided to do a sunset cruise for our view of Ottawa from the river. Our son Kris who we were visiting in Ottawa decided to join us. Not only did we get some great views, we had a lot of fun with Capital Cruises!

Getting To the Departure Dock

If you take the day time cruises, you can board the boat on the Ottawa side of the river. For the sunset cruise, we needed to get over to the dock on the Hull, Quebec side. We had lots of options. Several Ottawa buses would drop us off near the Canadian Museum of History, close to the docks. We could always call a taxi or an Uber. But we decided it was a nice night for a walk across the Alexandra Bridge.

Wandering from our hotel, we walked past the the beautiful Notre-Dame Cathedral Basilica and the National Gallery to the Alexandra Bridge. 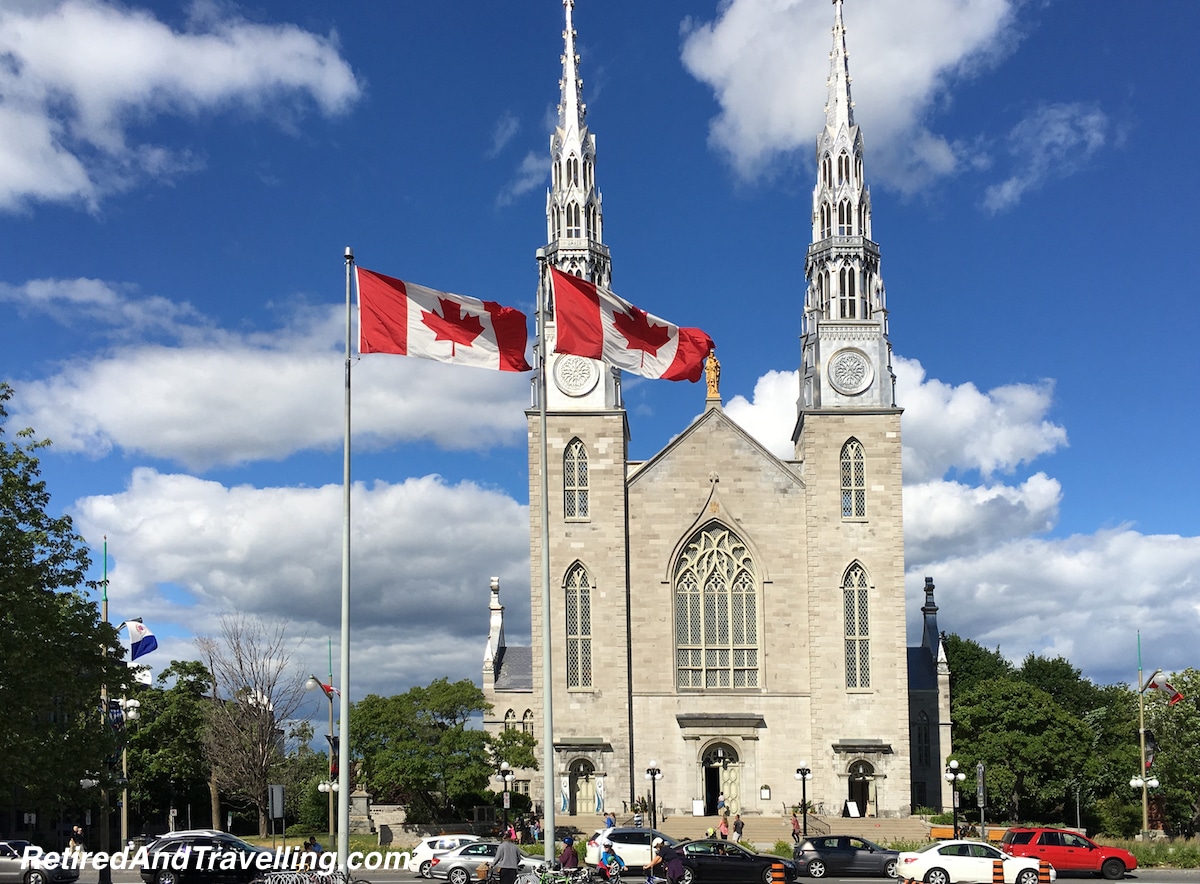 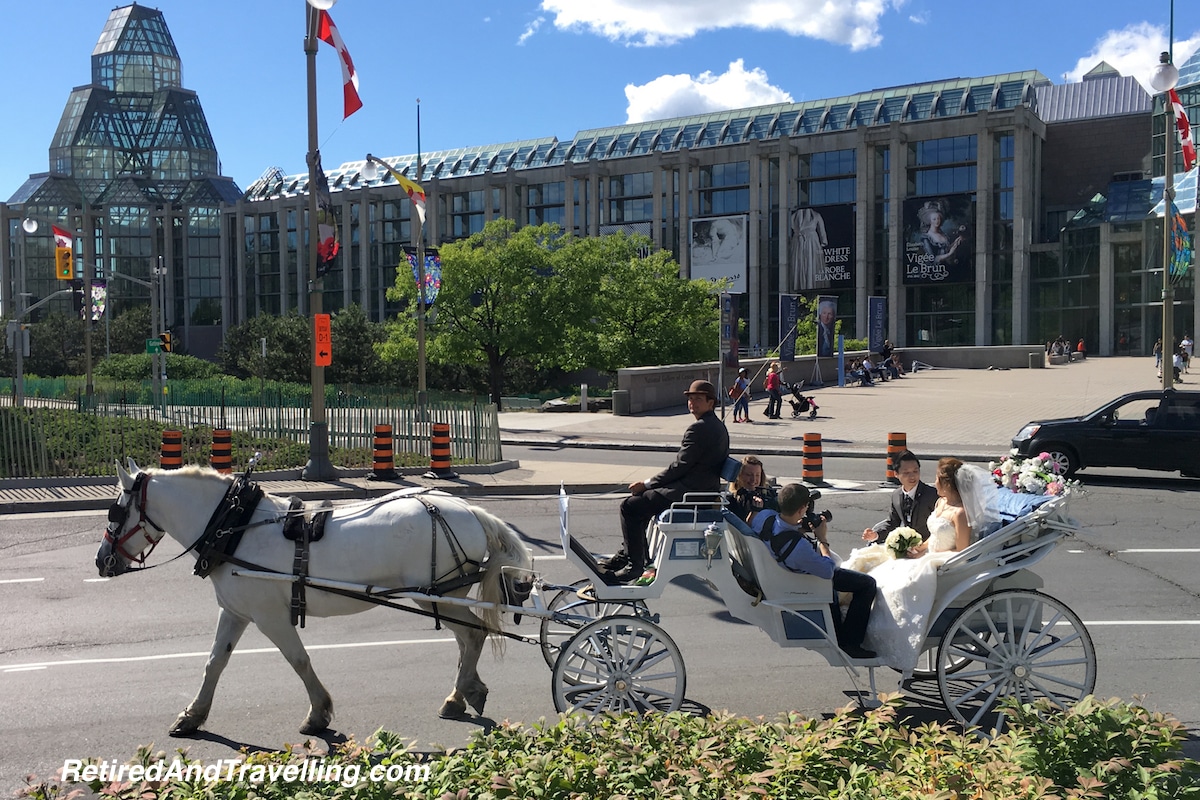 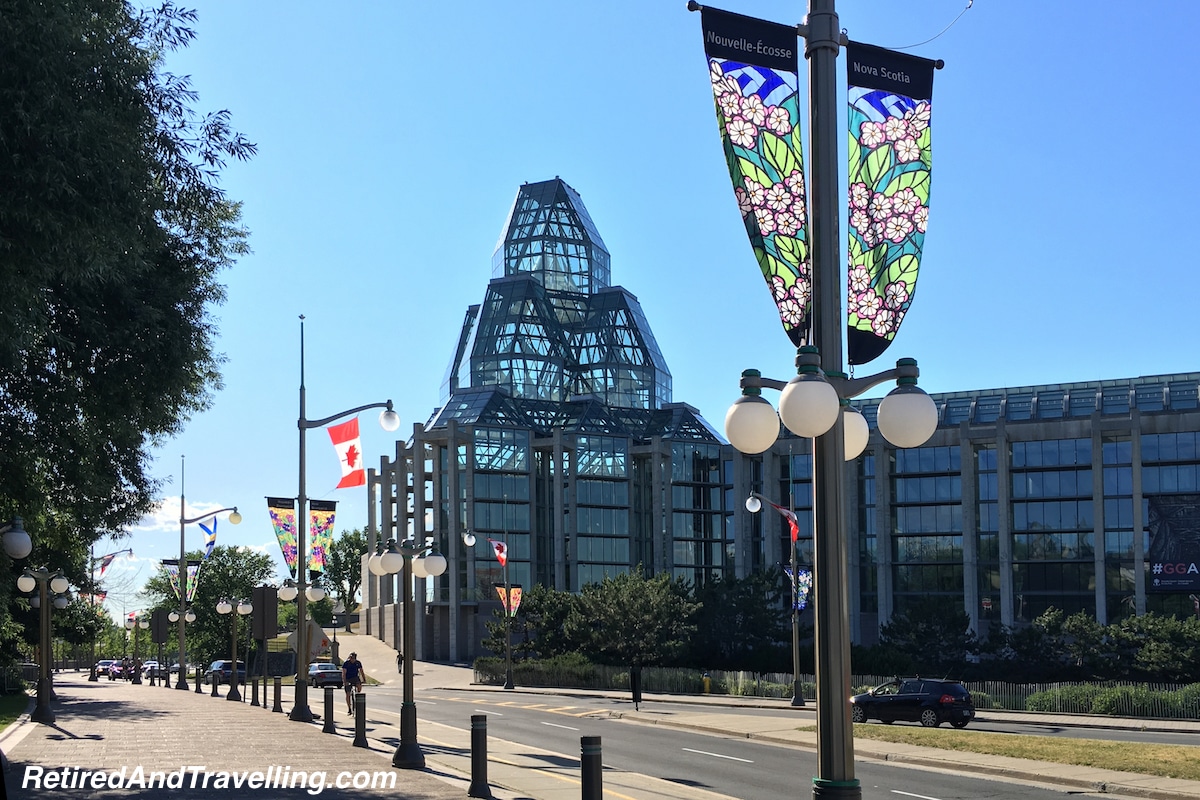 The bridge is an old steel truss bridge with a wide area dedicated for pedestrians. There were several viewing spots along the bridge where you could catch a view of the Parliament Buildings, the Ottawa River and the Canadian Museum of History on the Quebec side. This would be our first glimpse of Ottawa from the river! 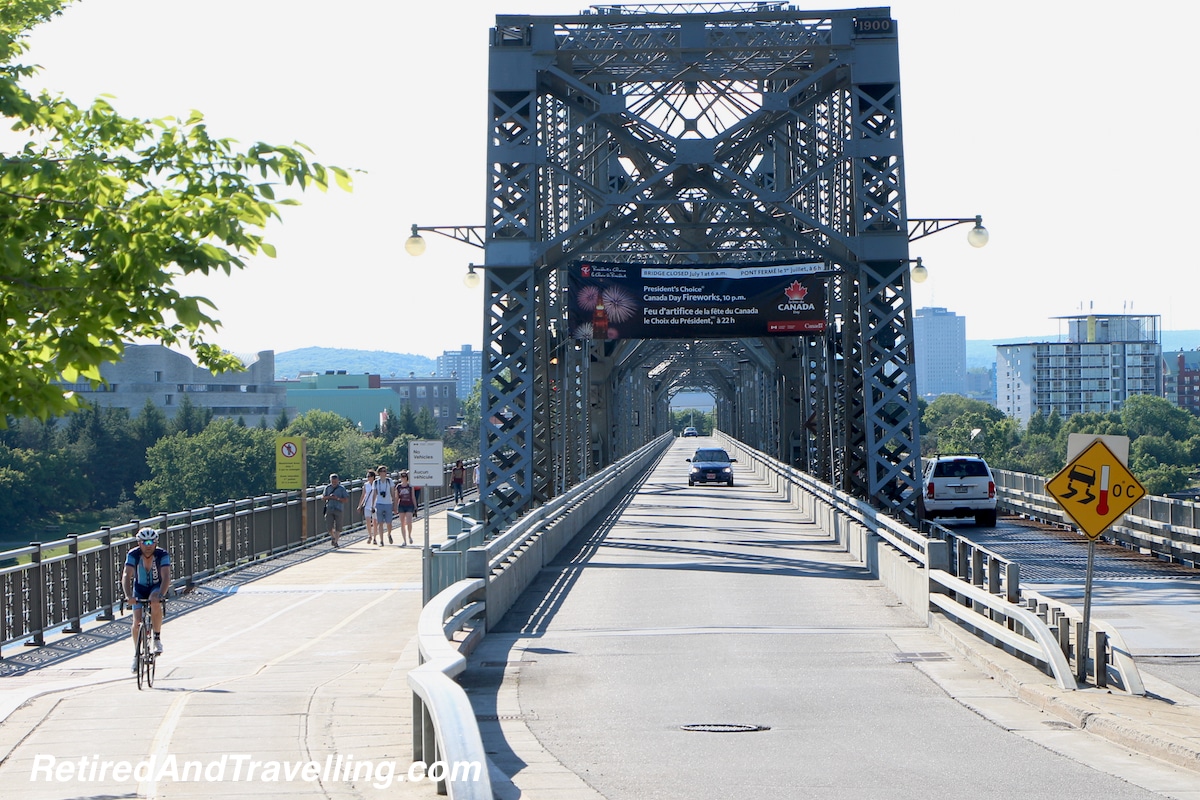 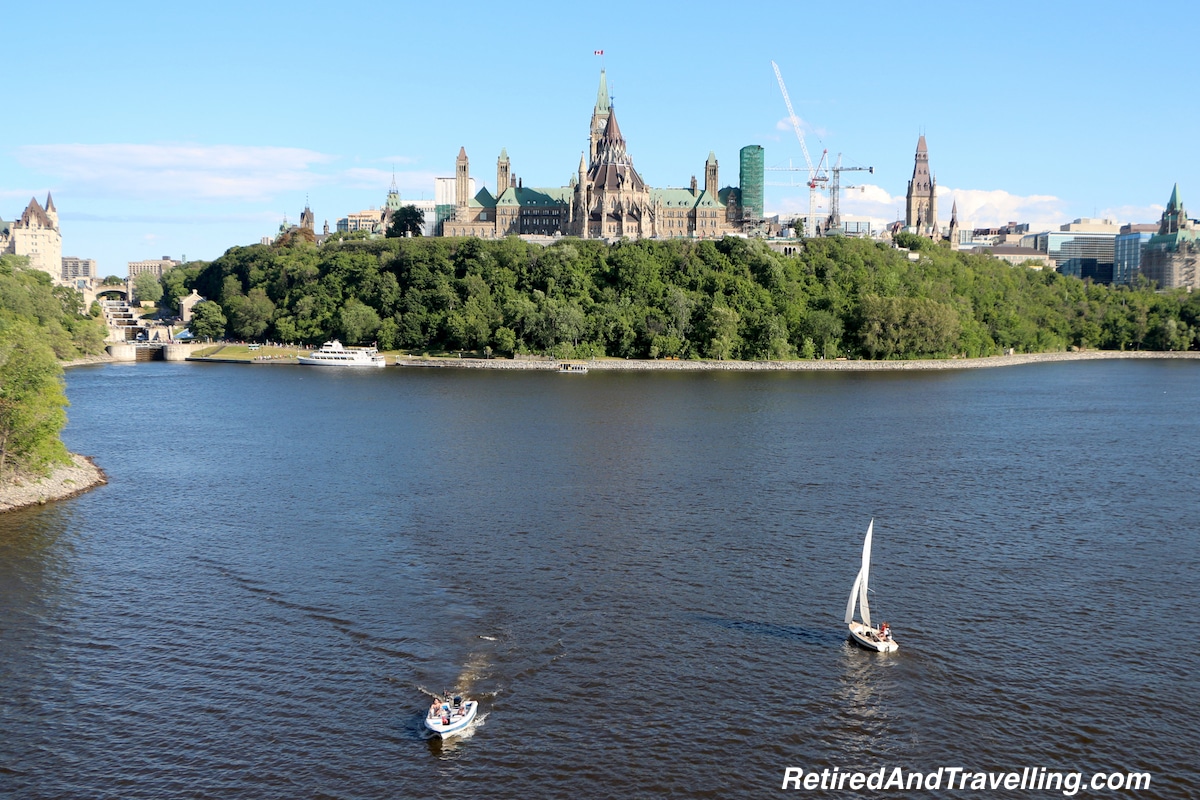 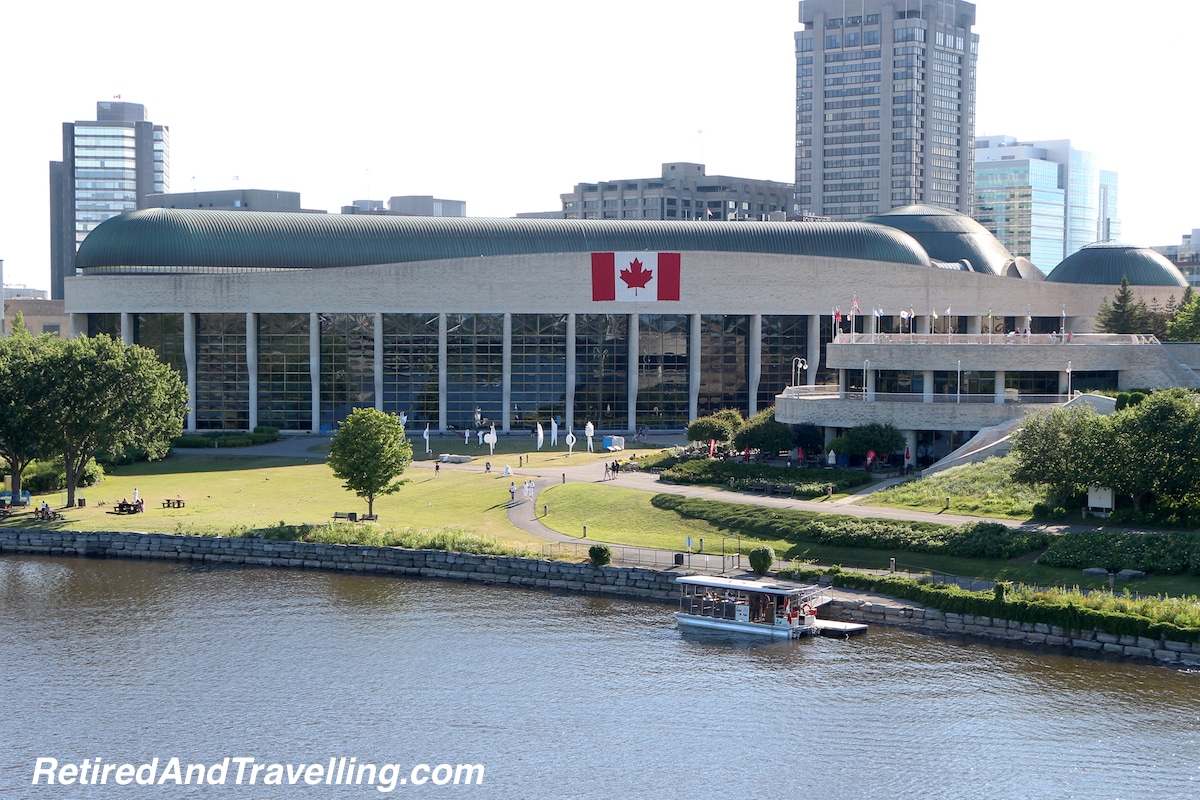 Getting off the bridge we were amused by the modern art display – birds and a Campbell’s soup can. Once the kids stopped playing on the statue, we took our pics. 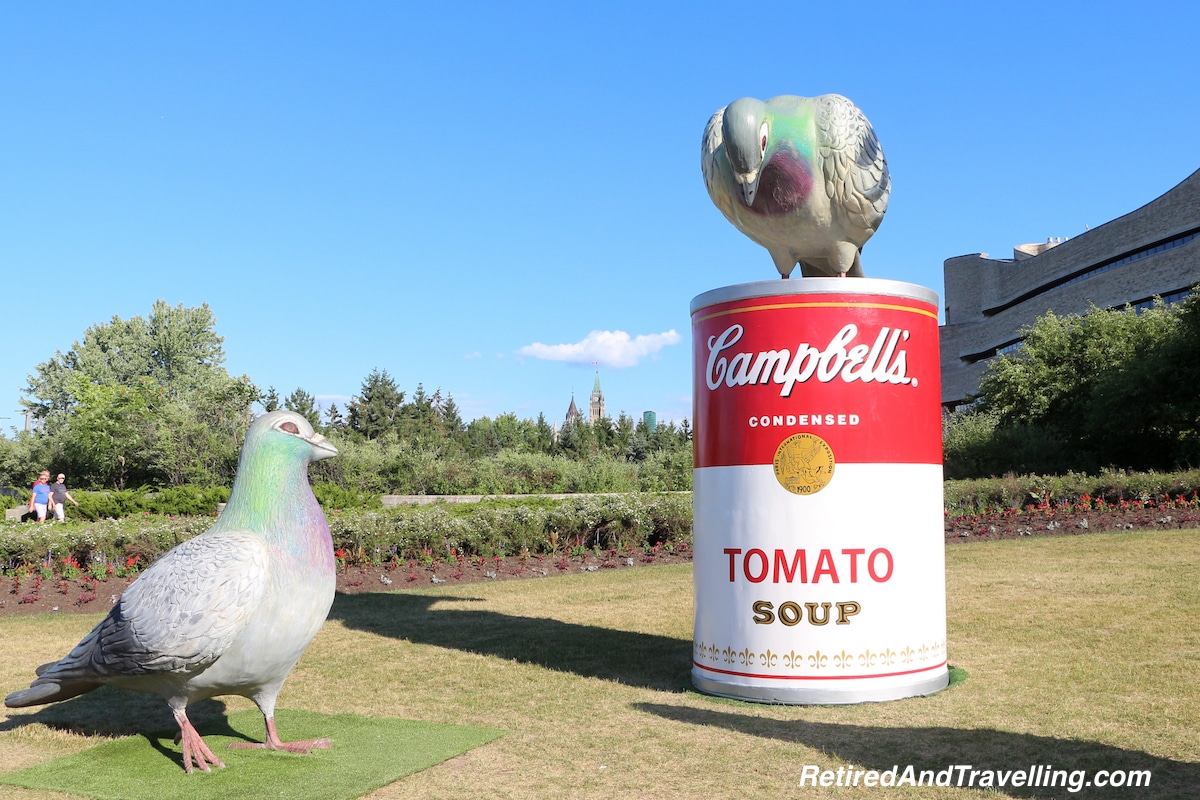 We wandered around the outside of the Canadian Museum of History before heading to the dock. 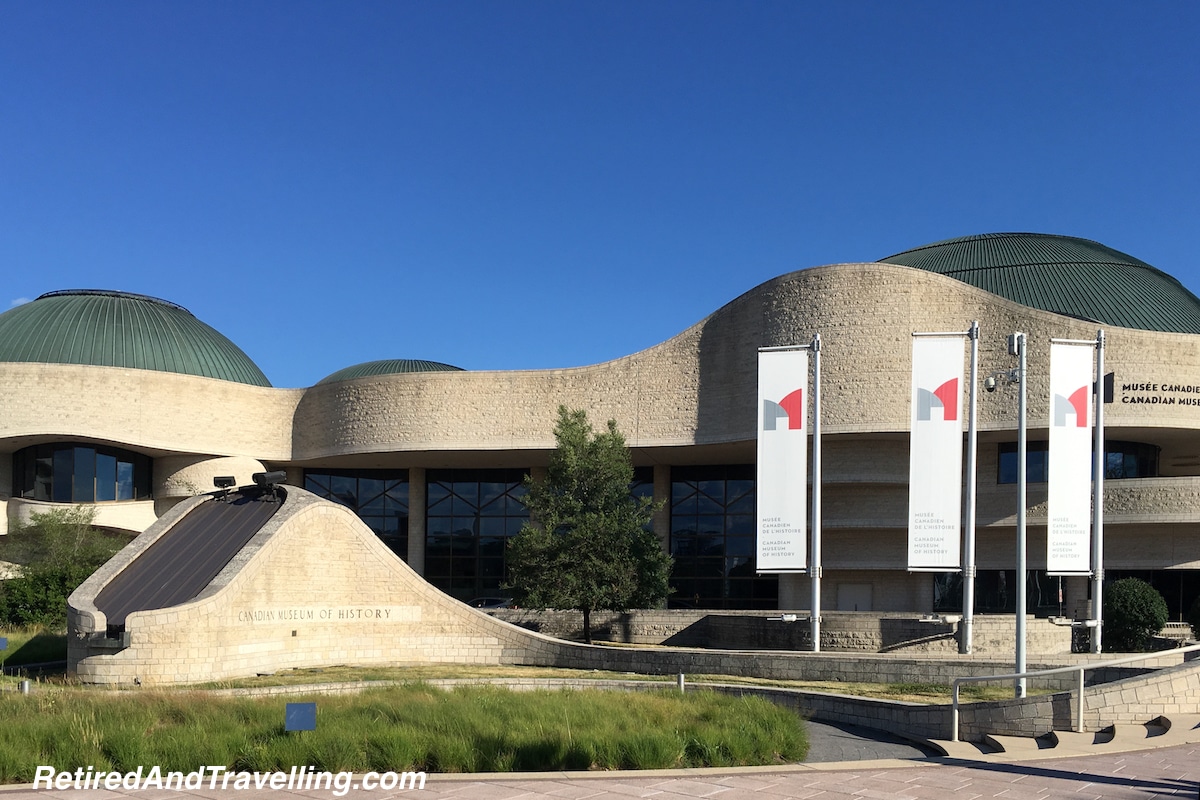 The boat provided lots of outdoor deck space and a spacious interior as we enjoyed Ottawa from the river. You could get snacks or drinks throughout the 3 hours onboard. 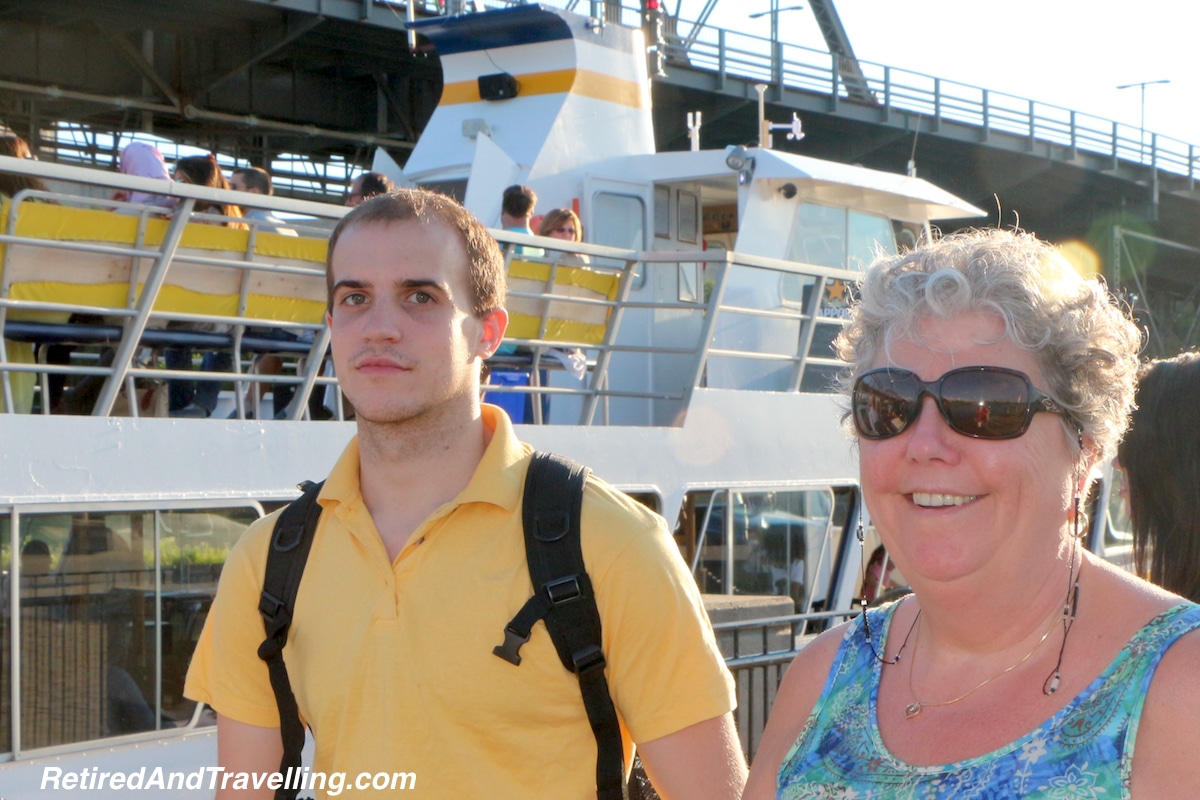 The DJ (Danny Richard) was set up on the main deck inside. I thought we would be hearing “canned” music most of the night but we were very quickly surprised when Danny picked up his guitar and wireless mic and started to sing. He was quickly joined by his singing partner and the music rocked the night away. 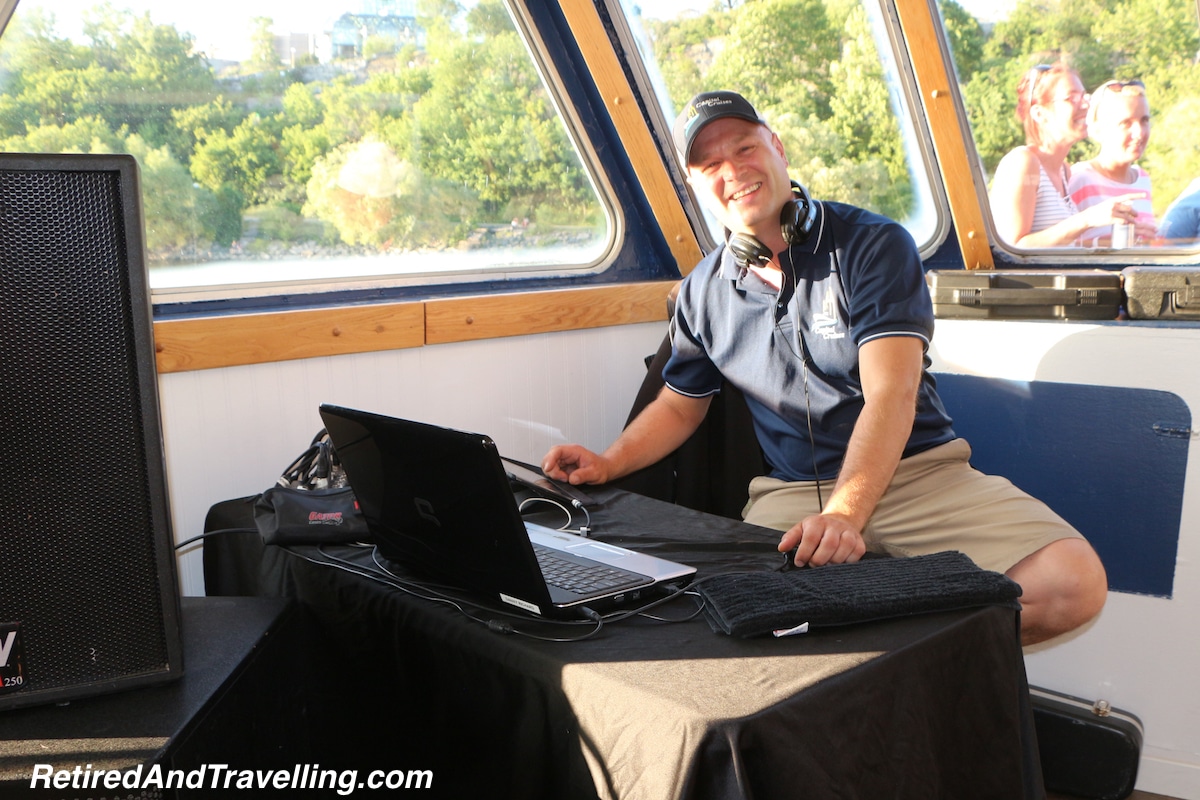 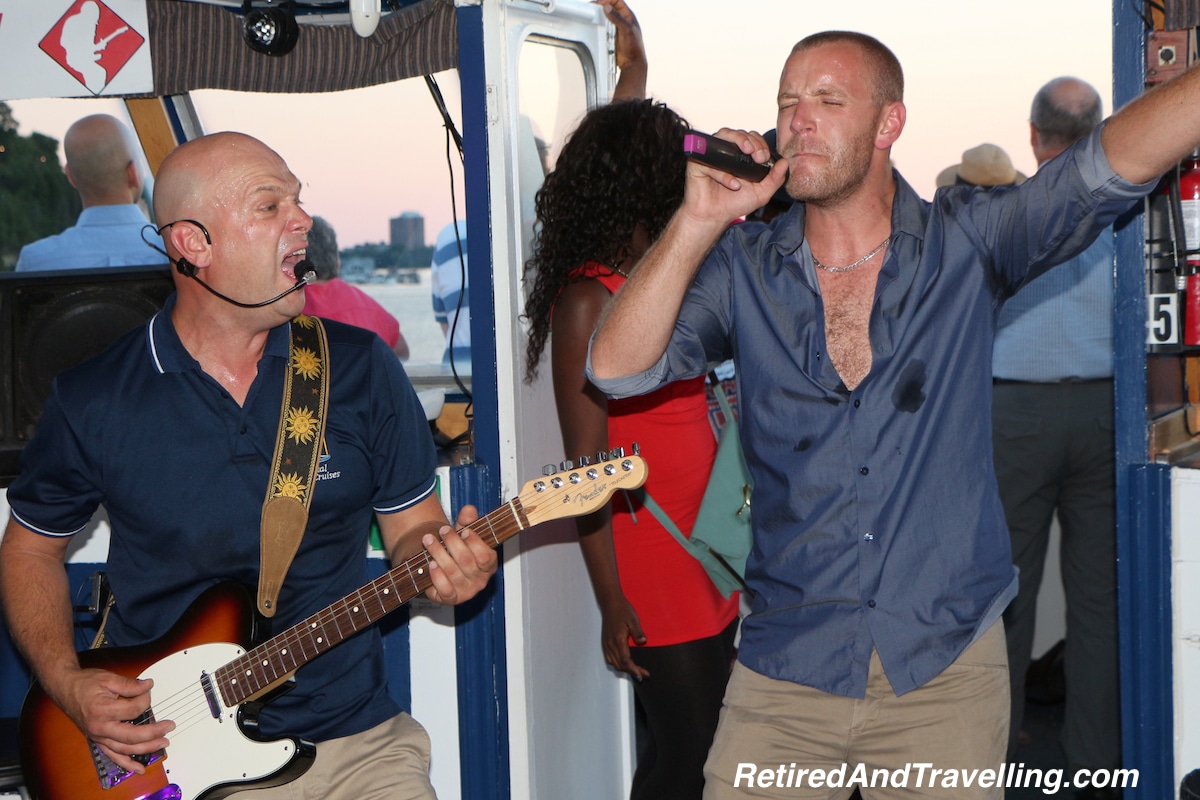 At one point the music moved to the upper deck. Guests lined up in congo lines and snaked around the upper deck. Kris and I joined in for the fun while David snapped his pics. 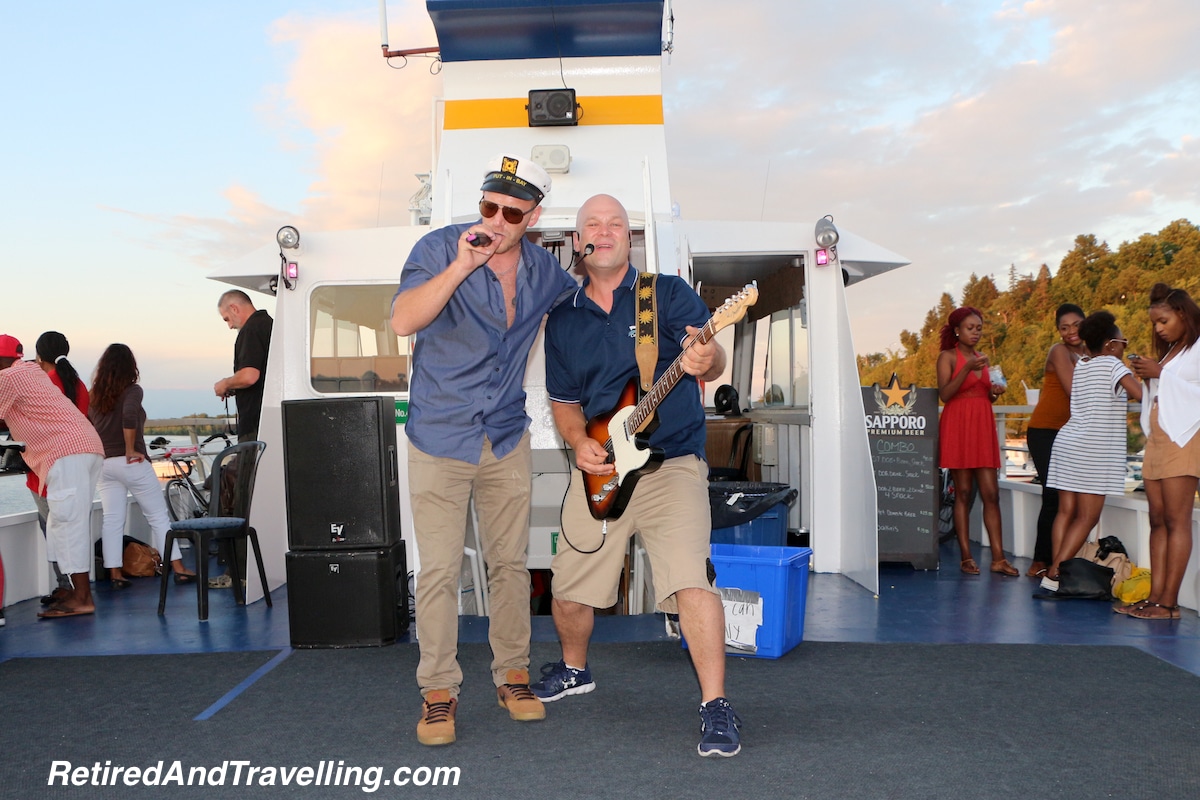 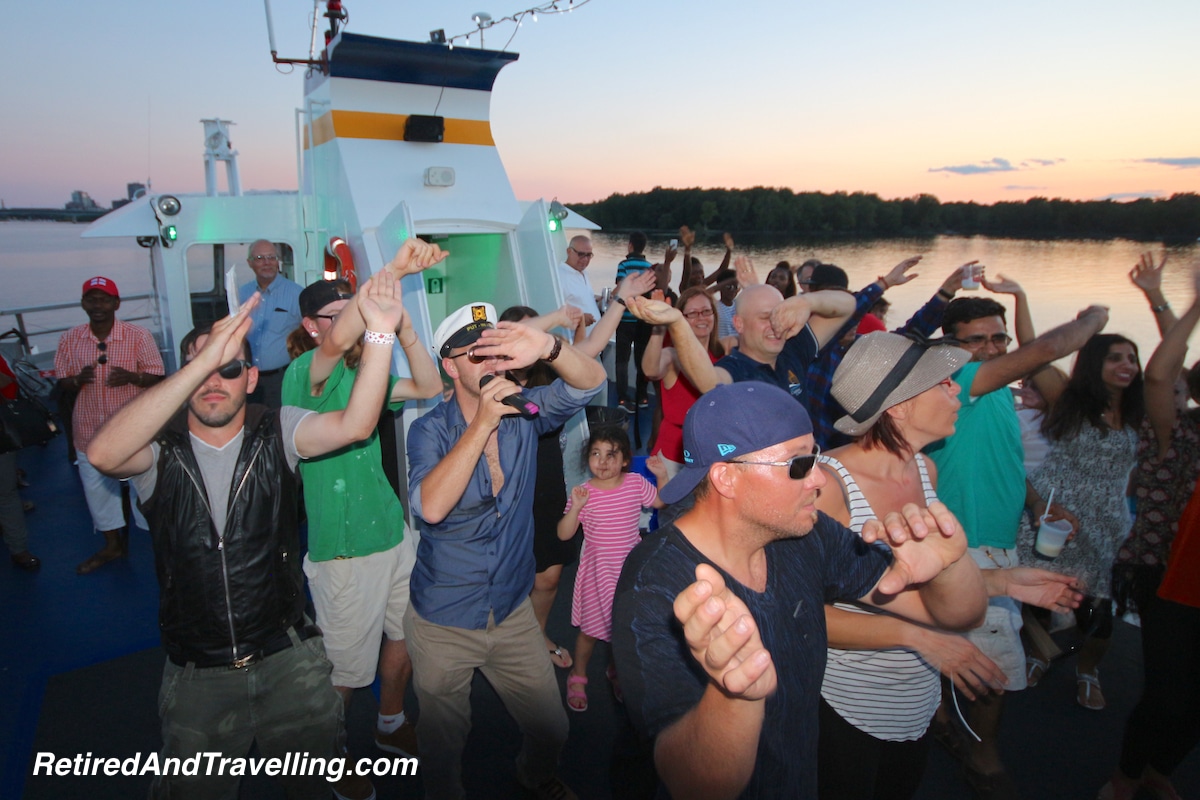 We had a brief glimpse of Ottawa from the river before heading away from the downtown core. You could catch a view of both the buildings and houses as the boat moved along the waterfront. 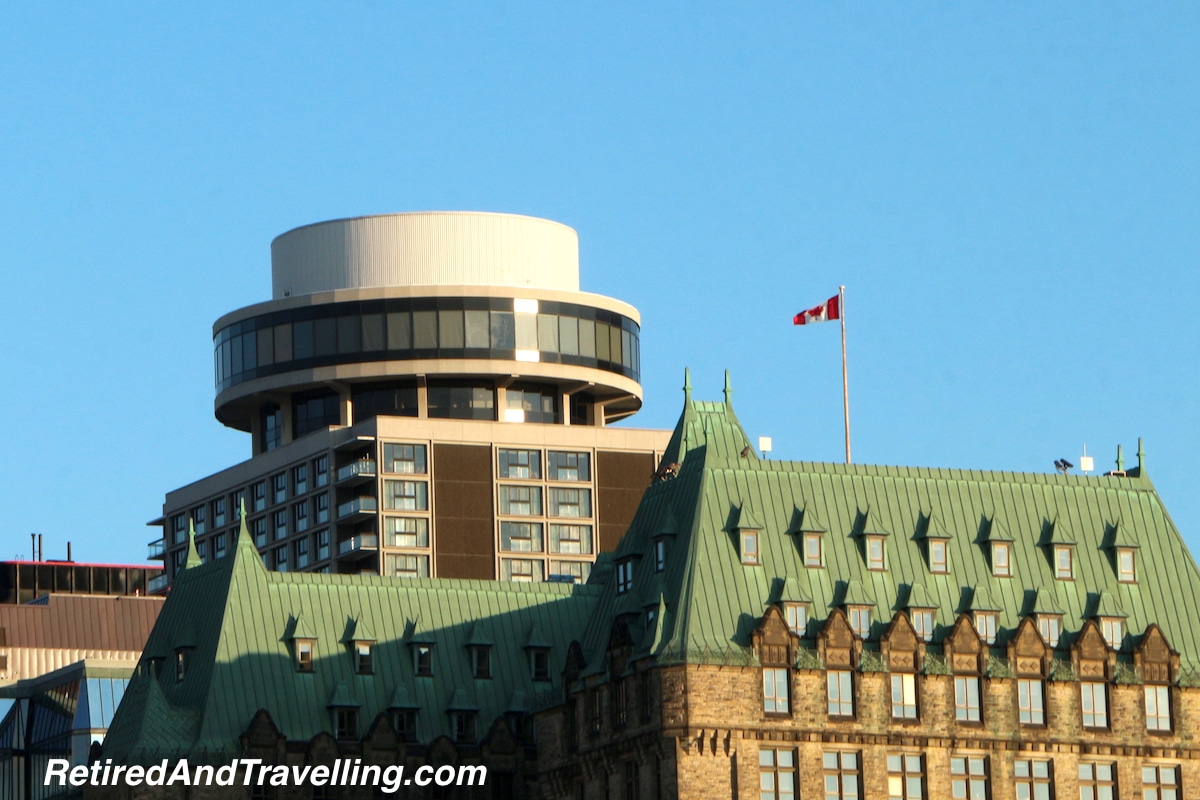 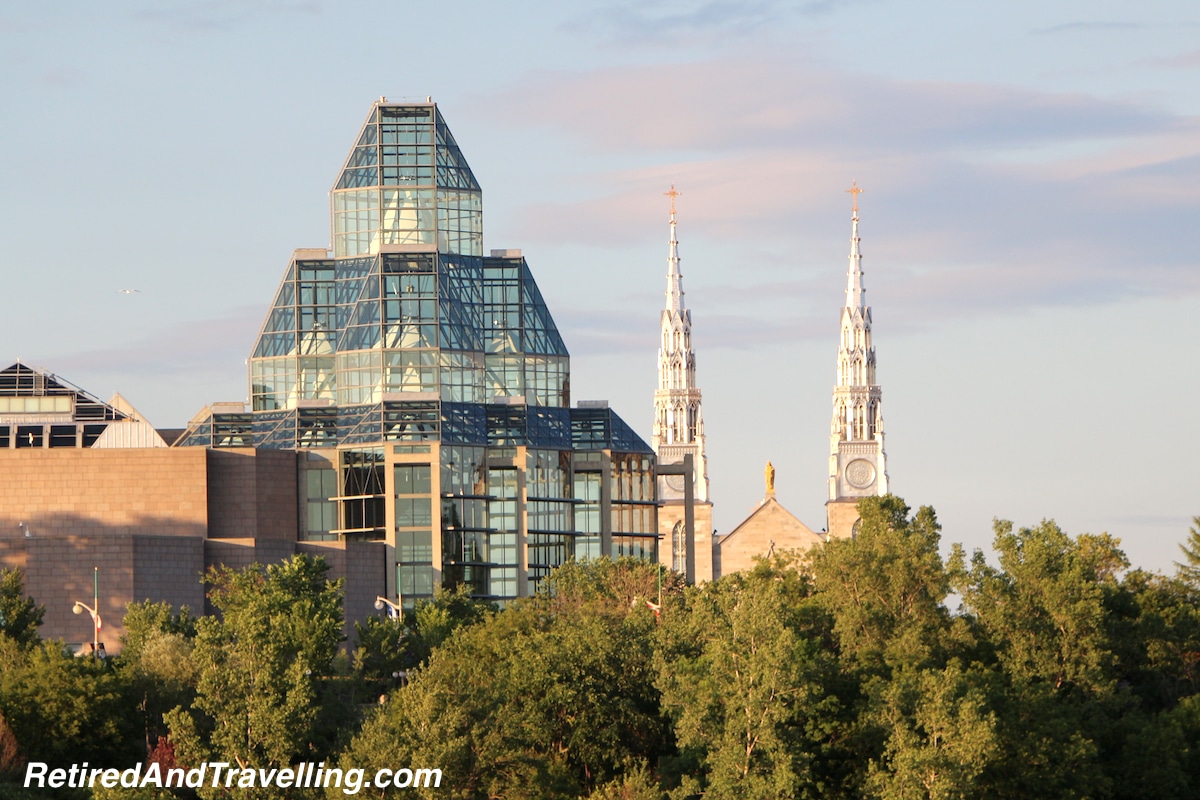 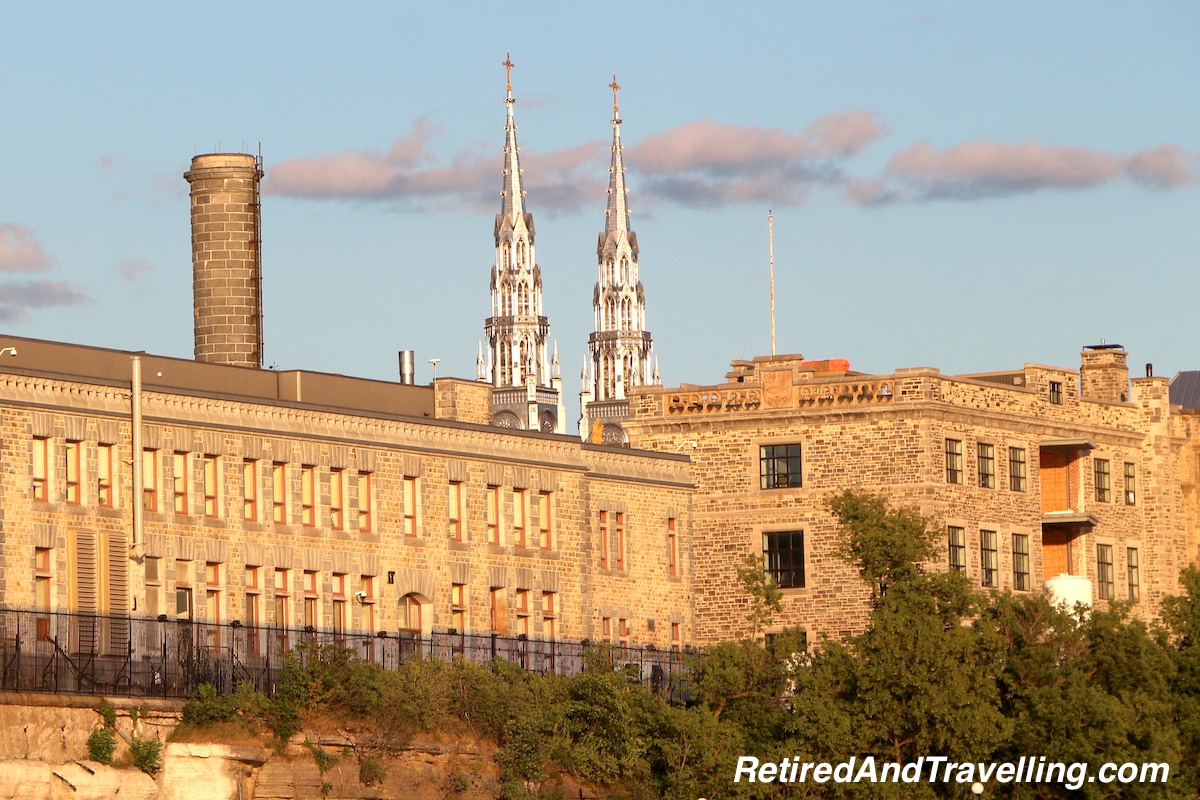 We hovered in the water in front of 24 Sussex, the residence of the Prime Minister of Canada. Nobody appeared to be at home.

There was a great view of the Rideau Falls from the water side. 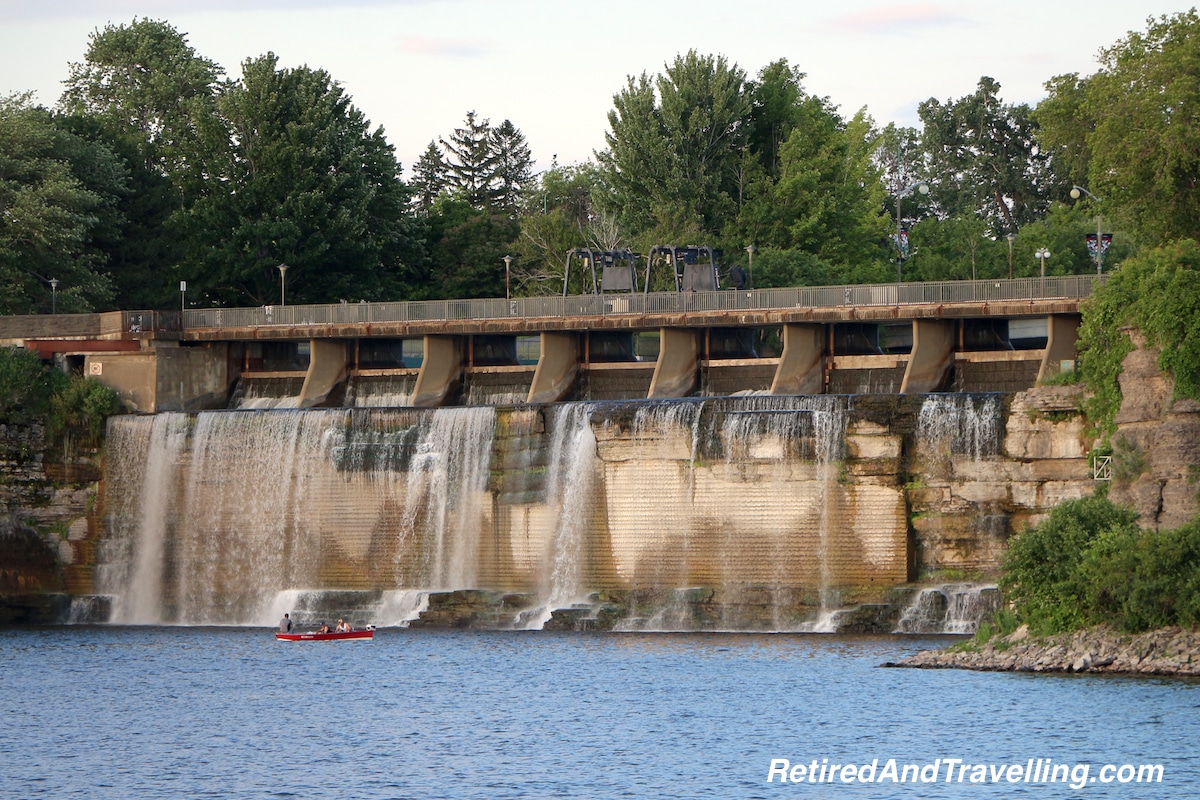 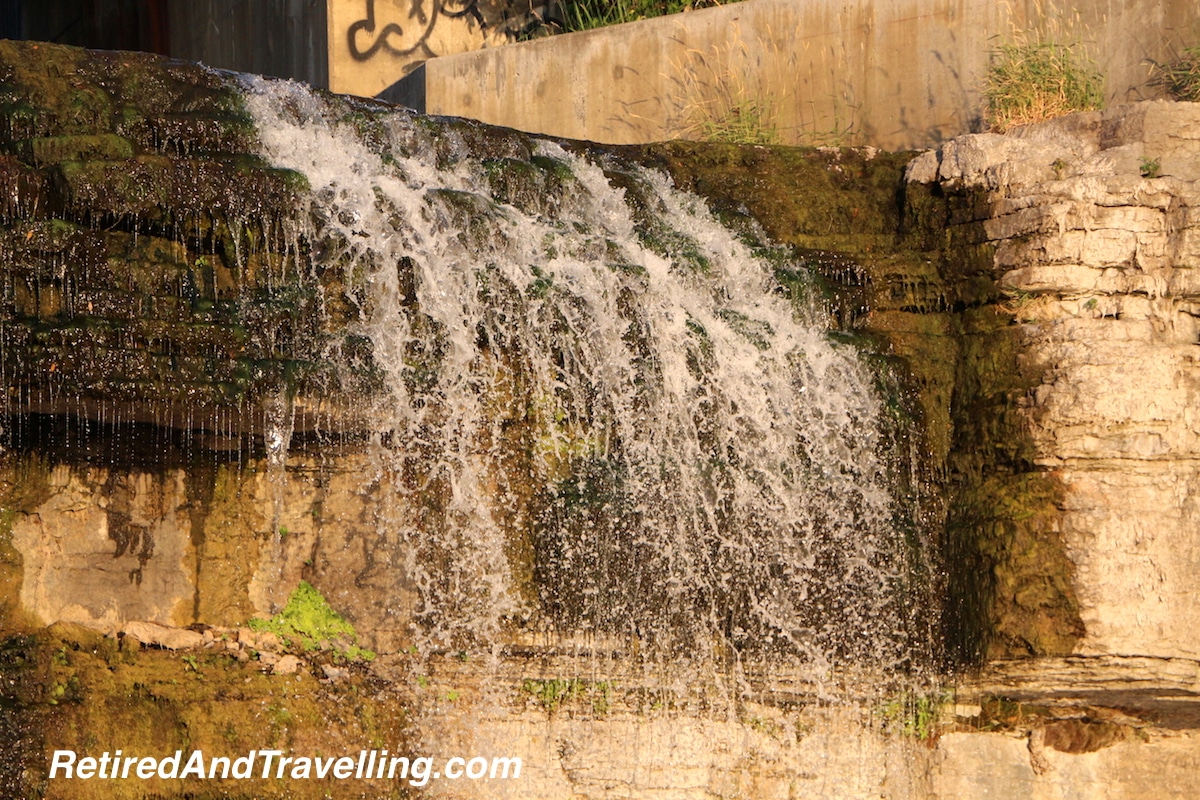 The boat continued downriver to a little marina that we had visited before. They have the best seafood and it is worth a trip a little out of town to eat. 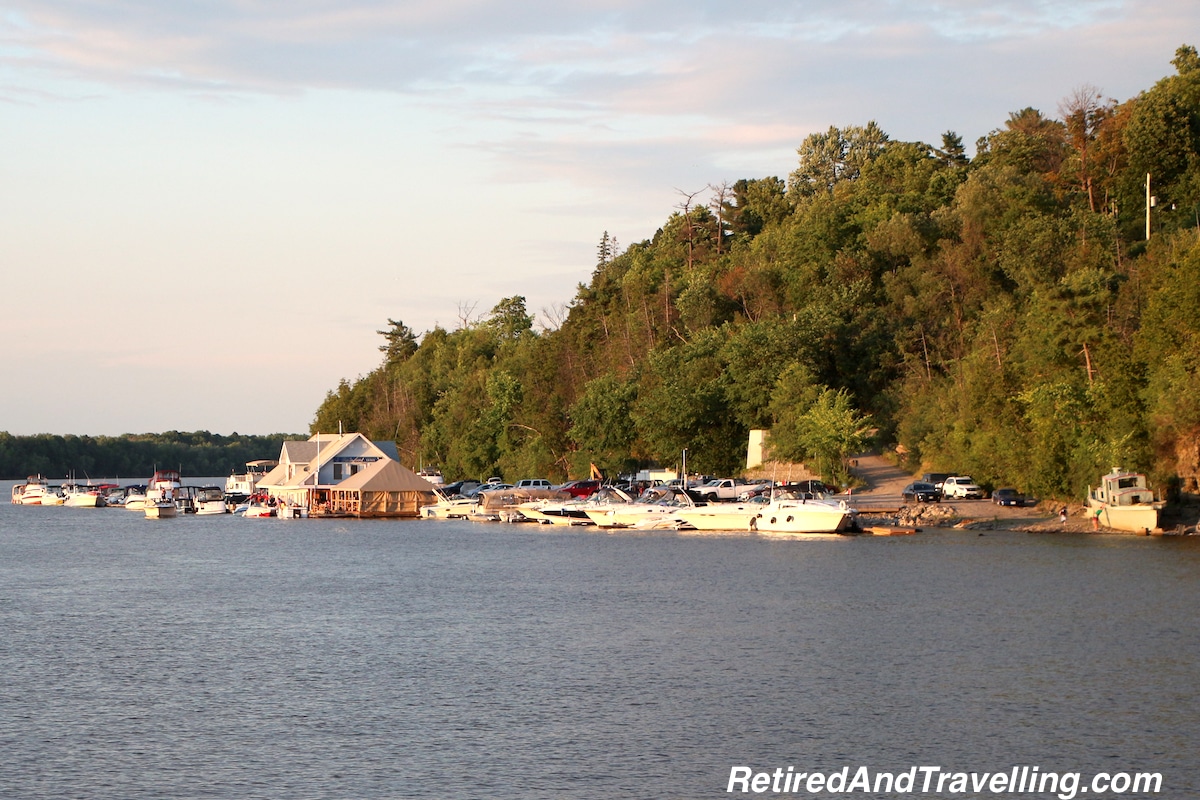 The boat moved over to the Quebec side for a great view of the small waterfront area of Gatineau. 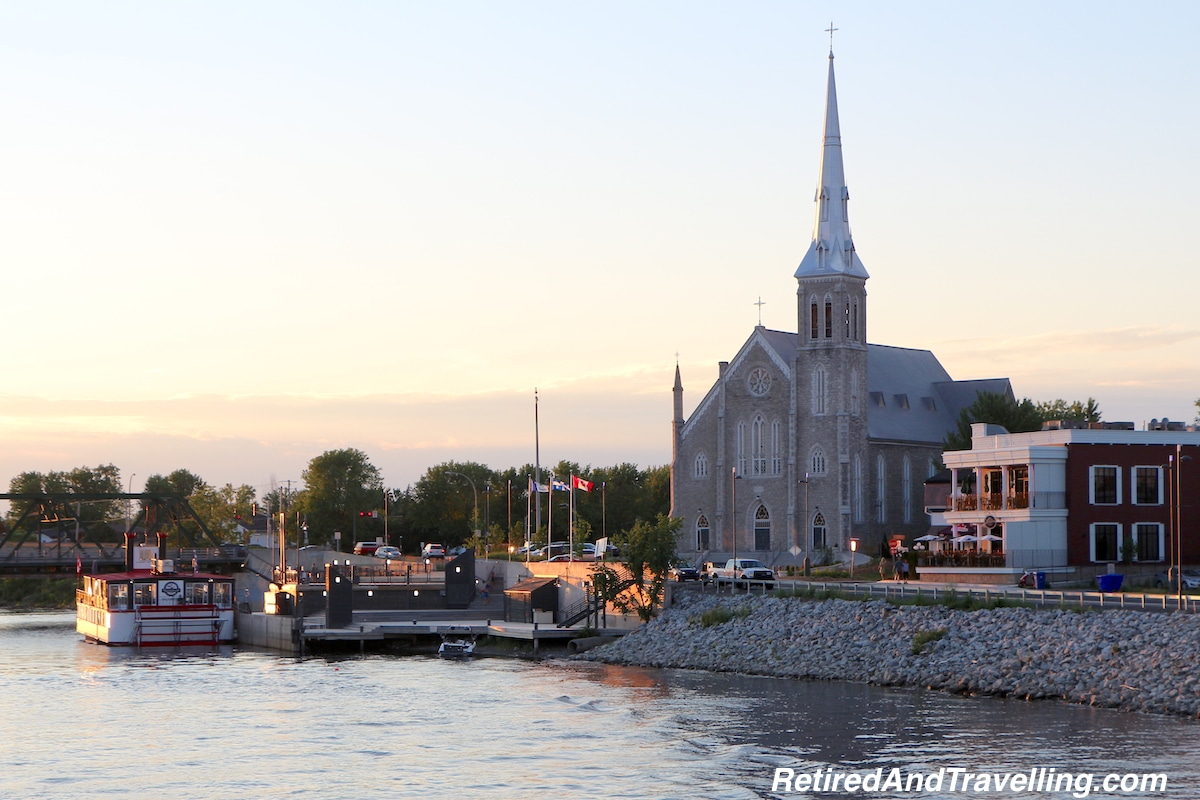 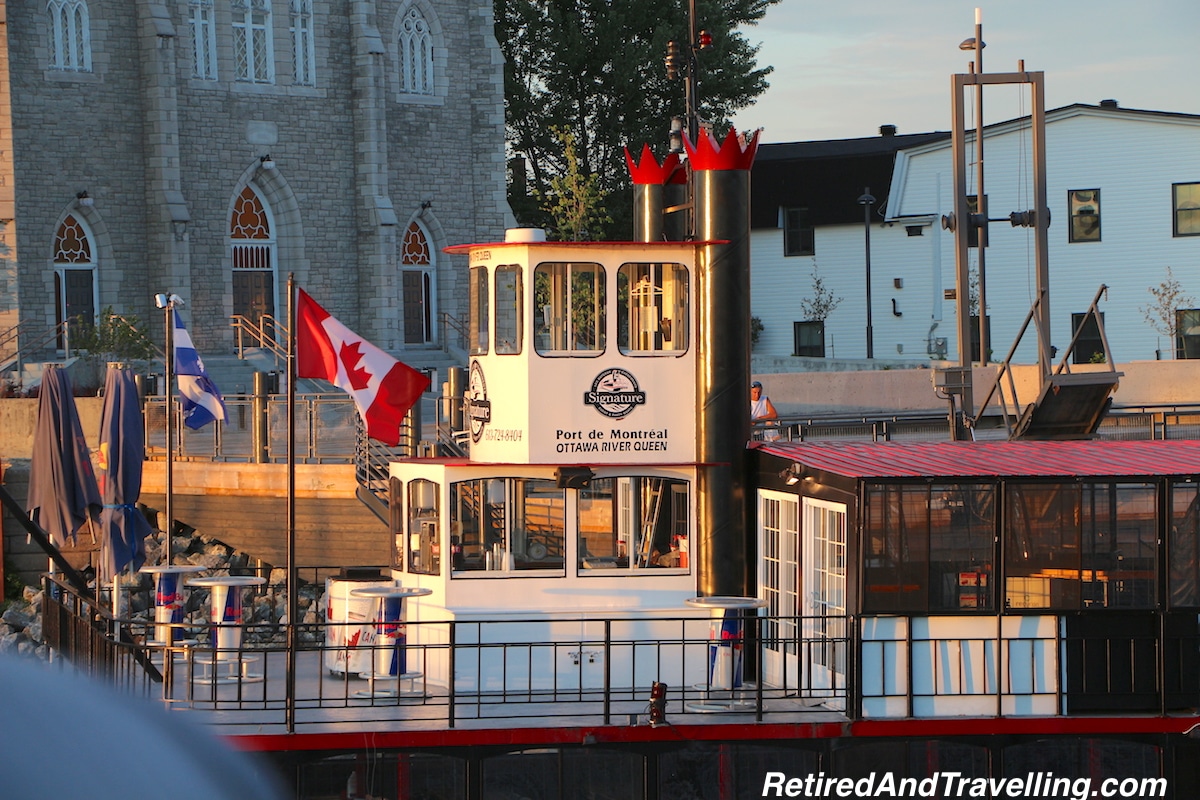 As we turned to head back towards Ottawa, the sun set. Everyone rushed on deck to catch the sunset and the red reflections. 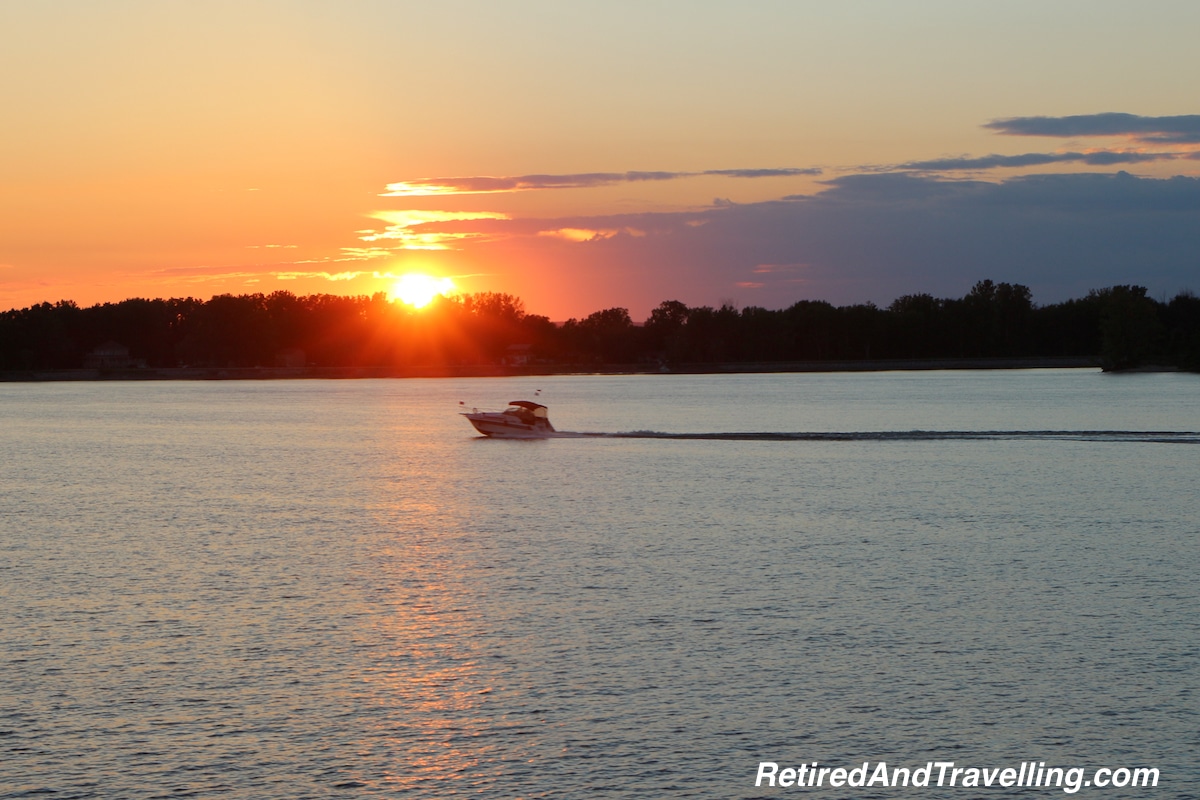 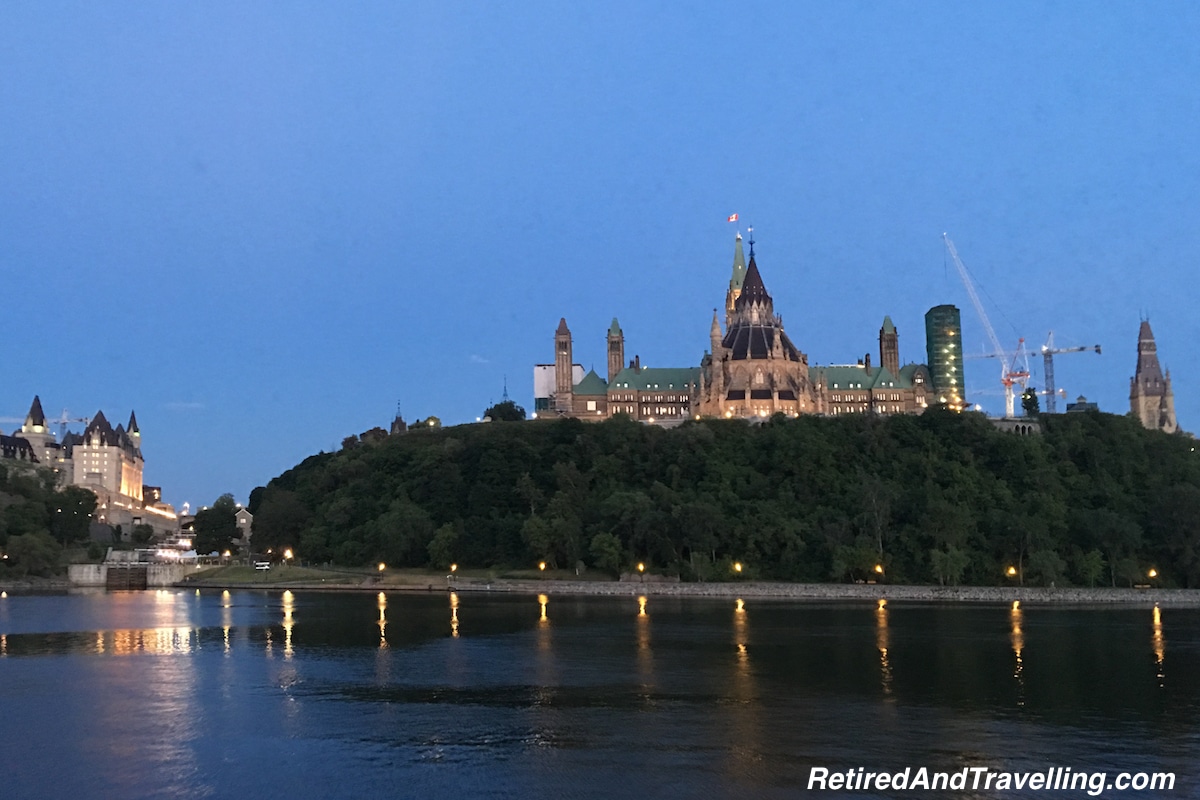 Finishing Up Our Night River Cruise

We cruised slowly back to the dock. It had been a great night to see Ottawa from the River with great views and a crew that ensured we all had a good time. Walking slowly across the Alexandra Bridge we made our way back to our hotel. We got one last glimpse of Ottawa by night! 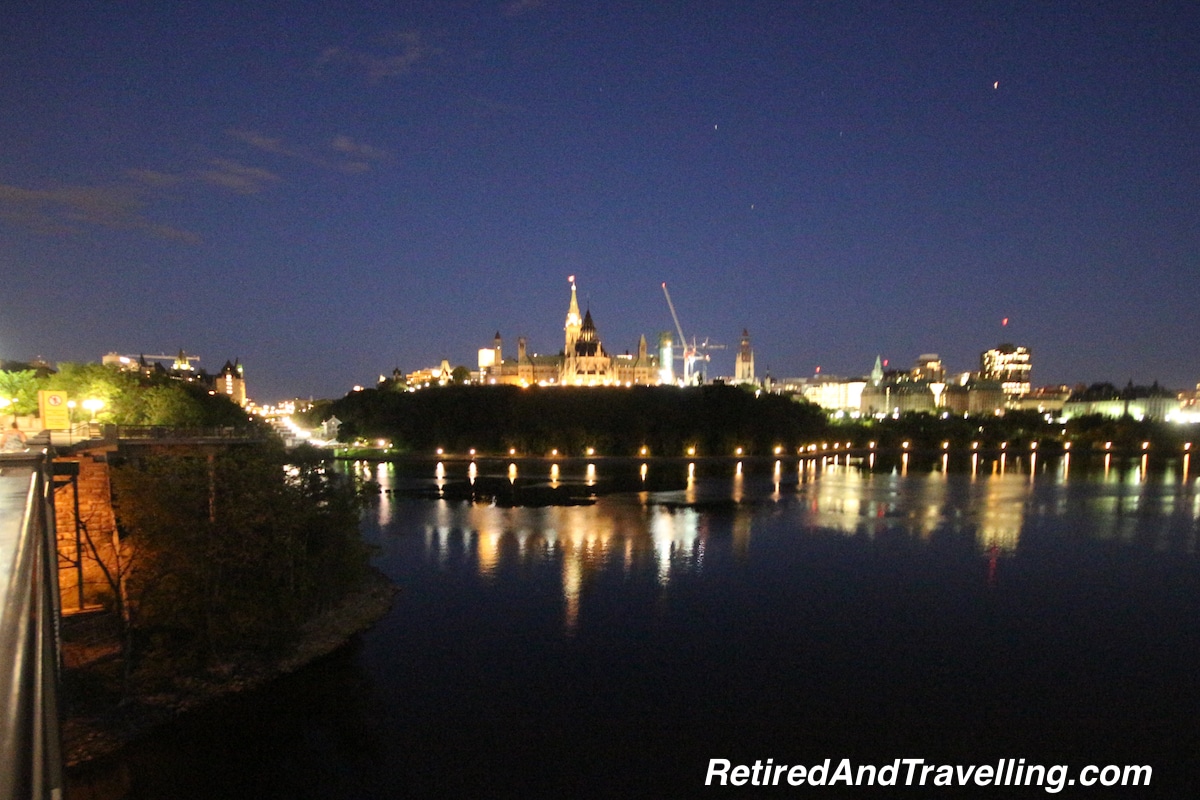 Have you taken a boat to see Ottawa from the river? Do you have a recommendation for a tour company? What was your “don’t miss” sight? 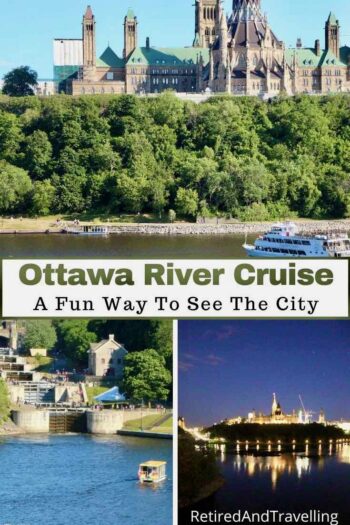 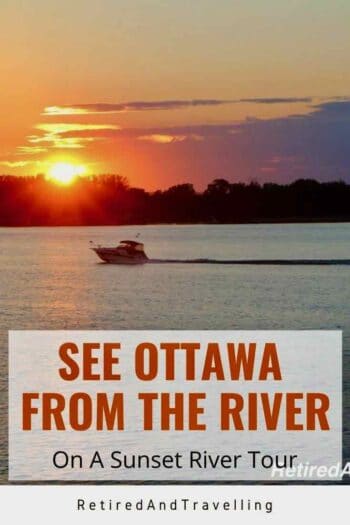 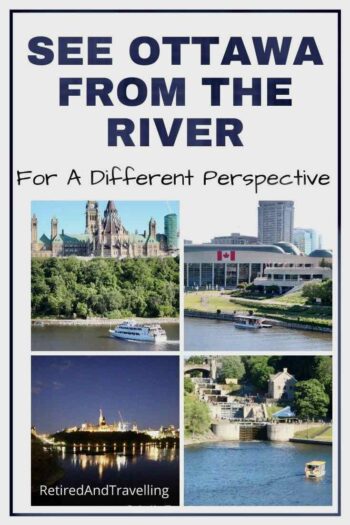