Heading Out For A Walk in Lisbon

We were excited to explore Lisbon. There are 7 hills in Lisbon. So when we headed out to walk, we were prepared for lots of ups and downs. The Intercontinental Lisbon is located high up by the Edmond VII Park. When we left the hotel, we started with a walk through the large park. At strategic points you can look up the hill and back down towards the water. We set out walking in Lisbon down the Avenida da Liberdade for our first view of this city. 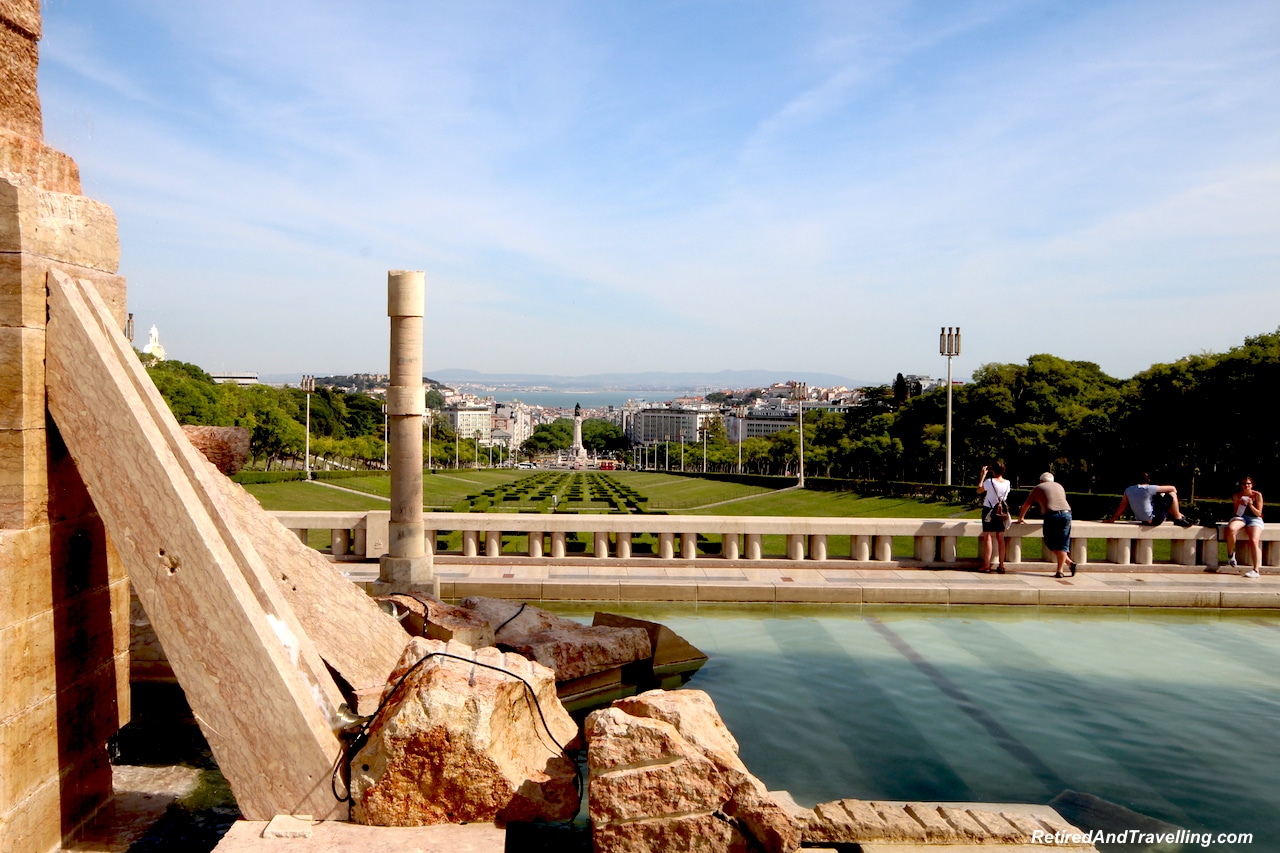 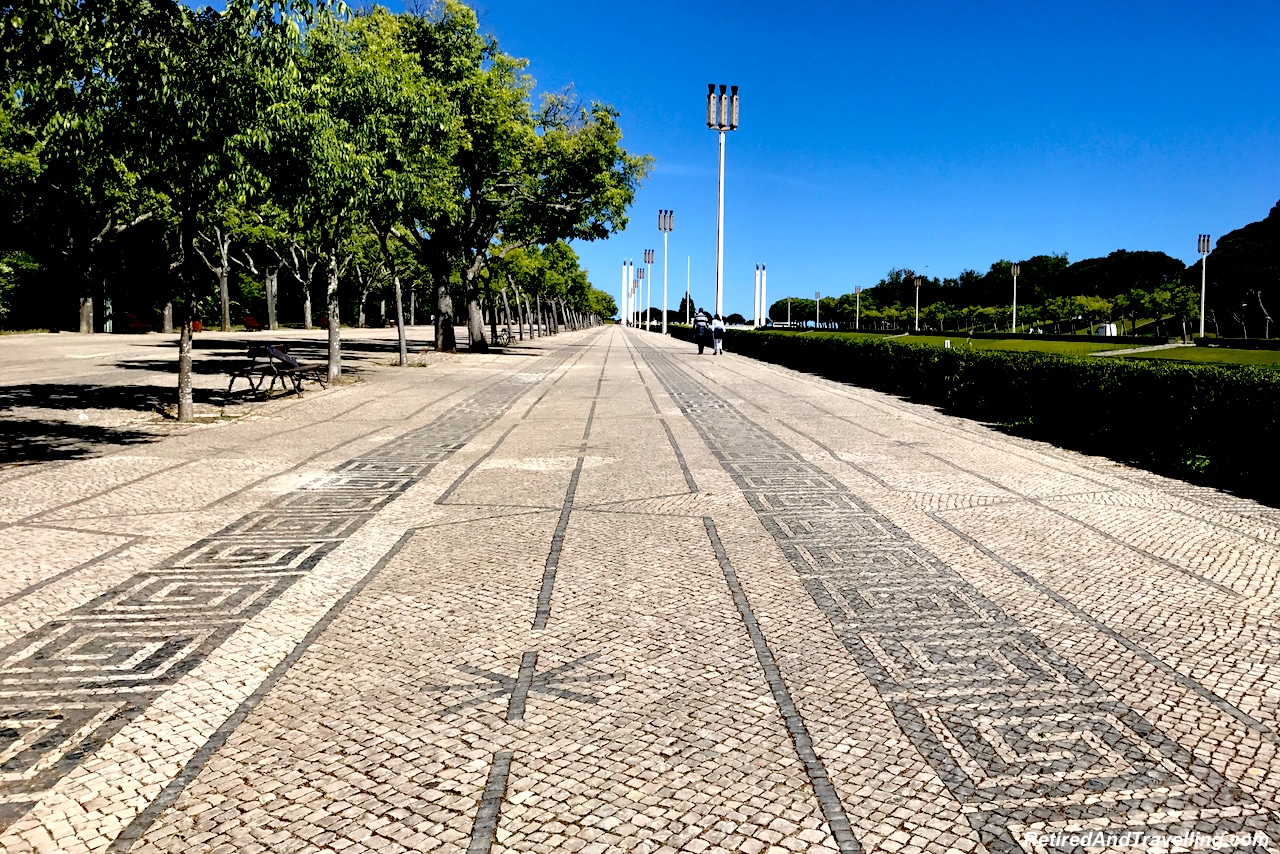 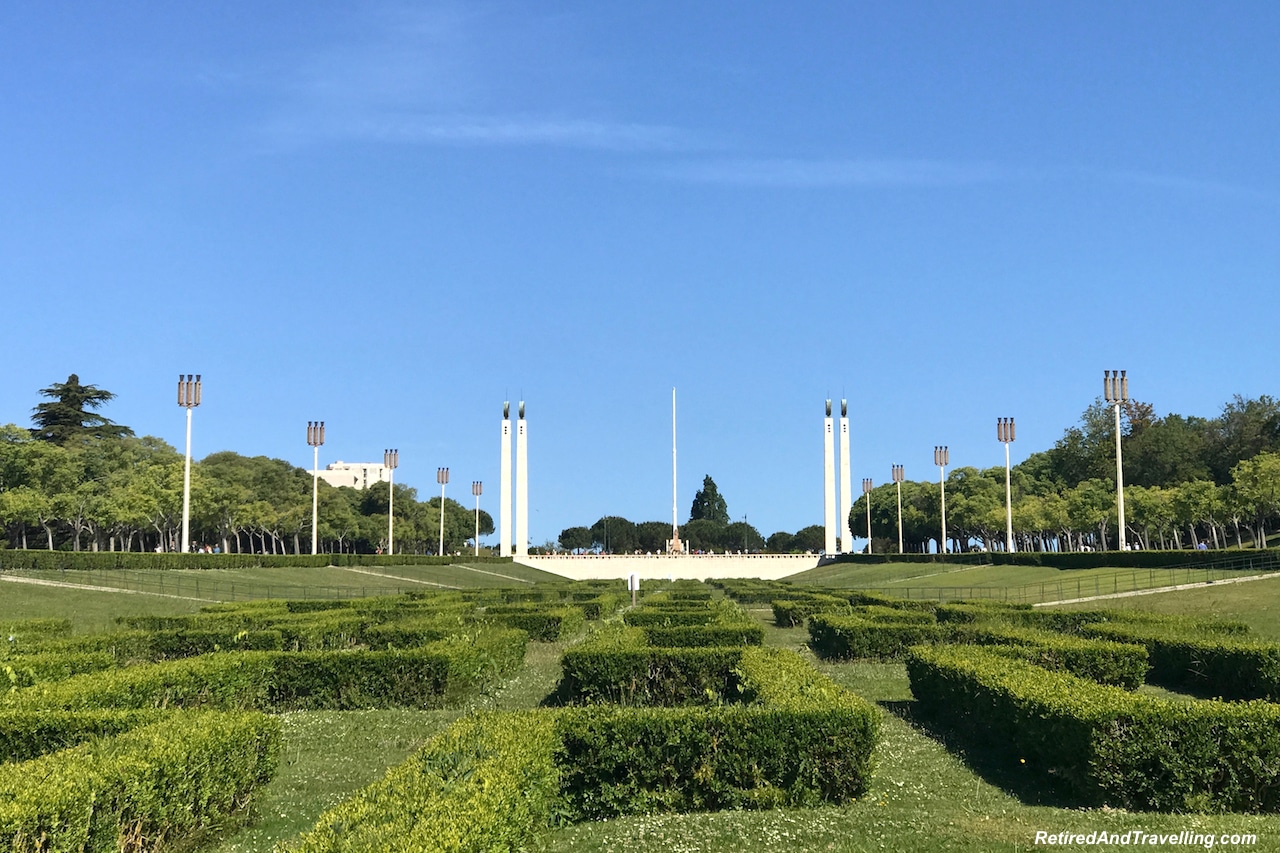 As we exited the park we came to one of the major traffic circles in Lisbon. Located in the centre of the traffic circle was the statue to the Marques de Pombal. He played a major role in rebuilding Lisbon after the city was levelled by an earthquake in 1755. The statue was fascinating from all angles. 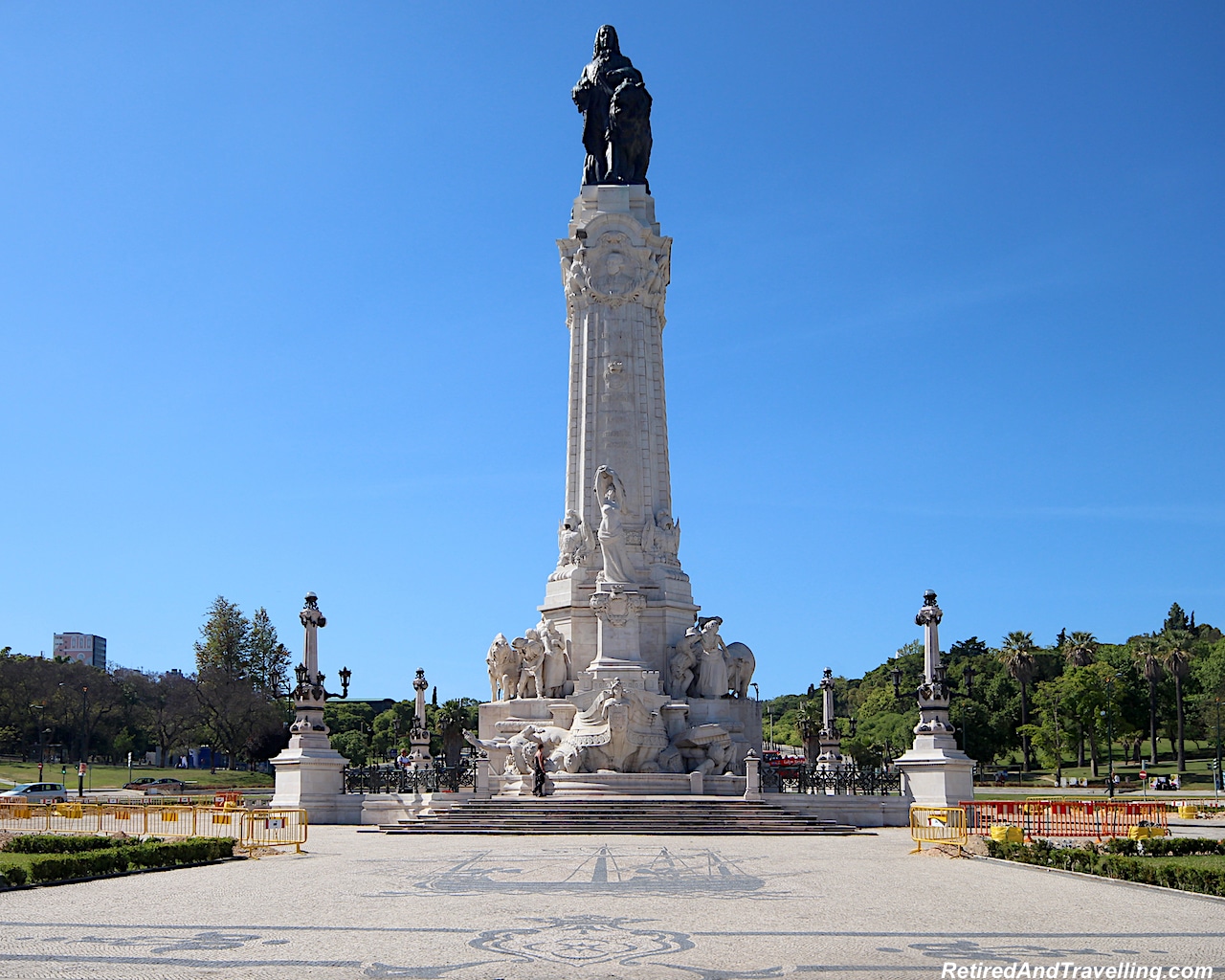 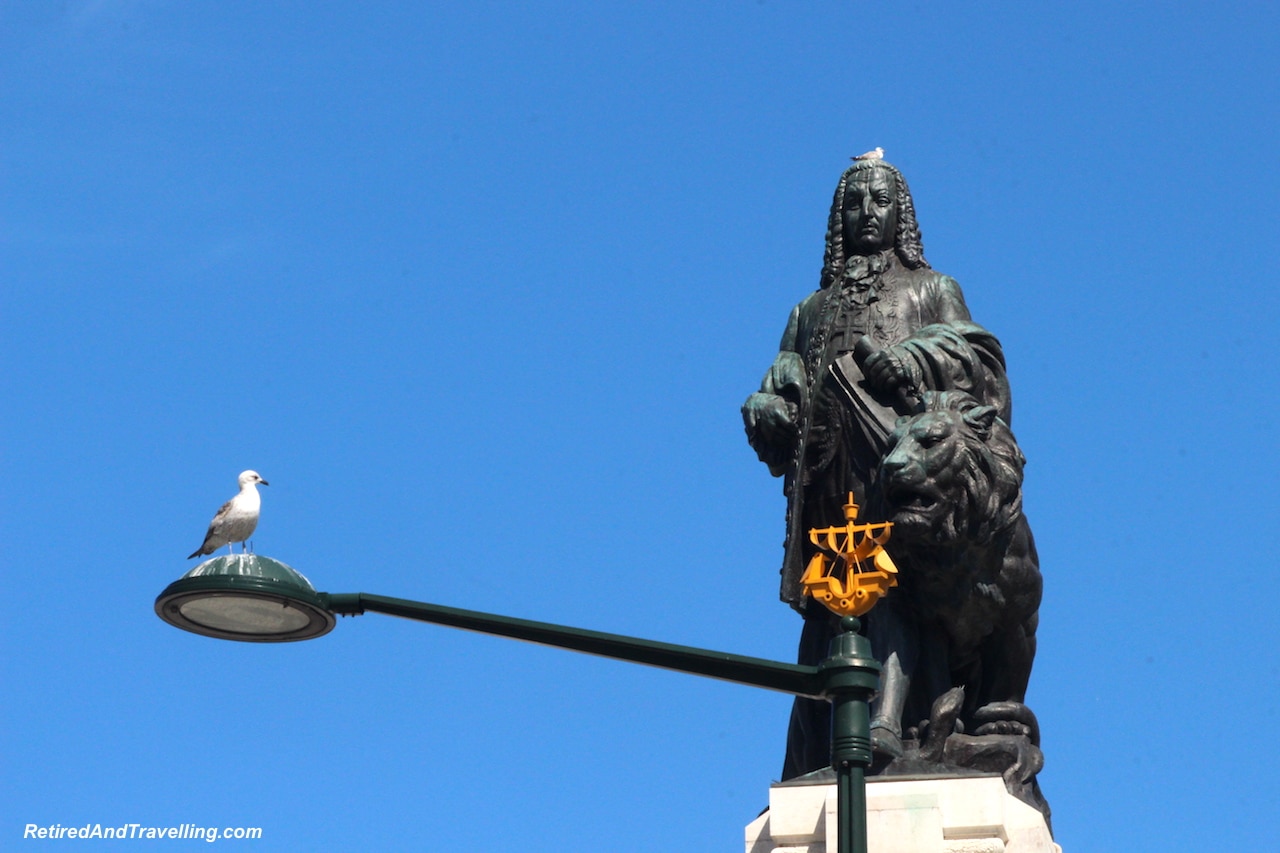 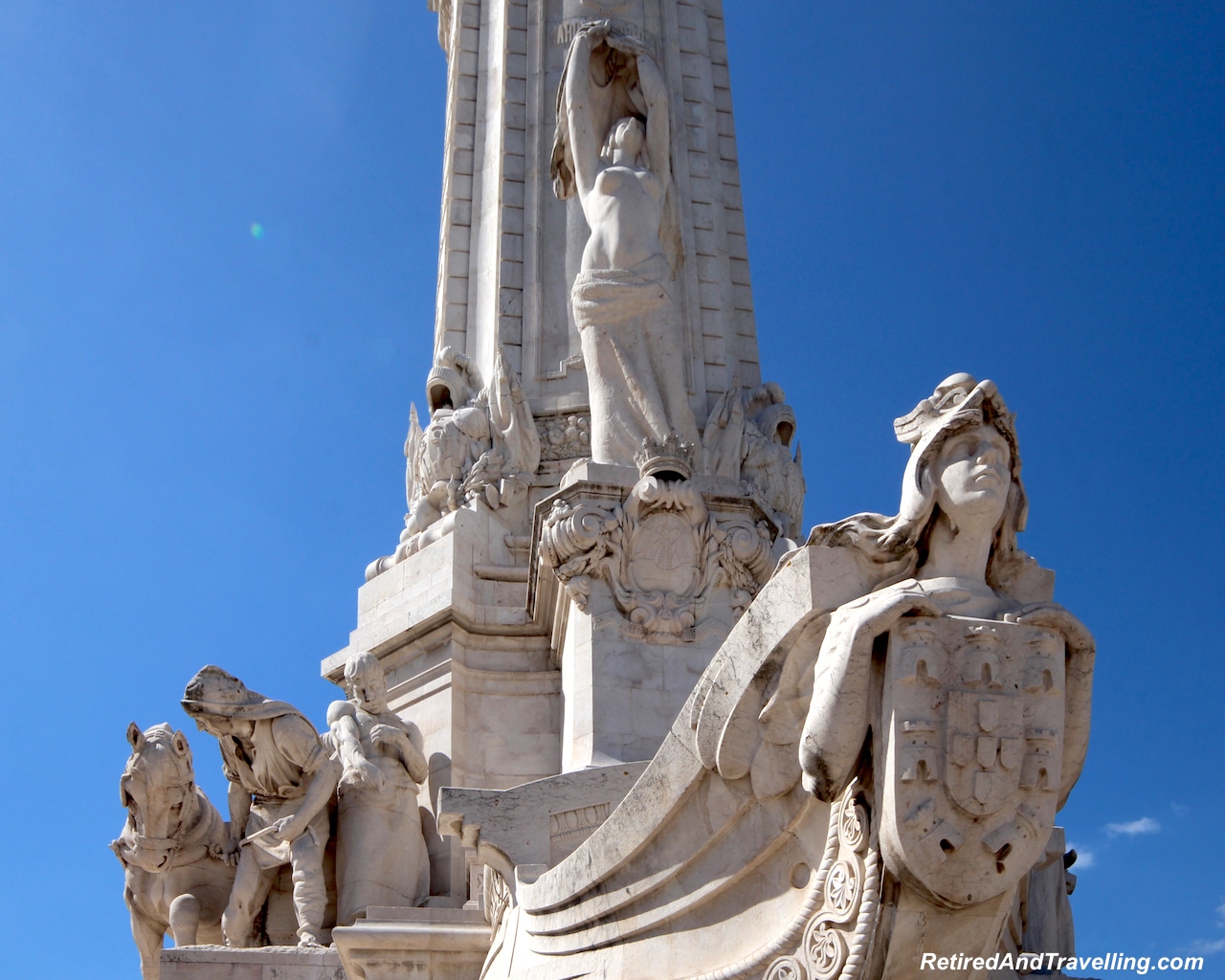 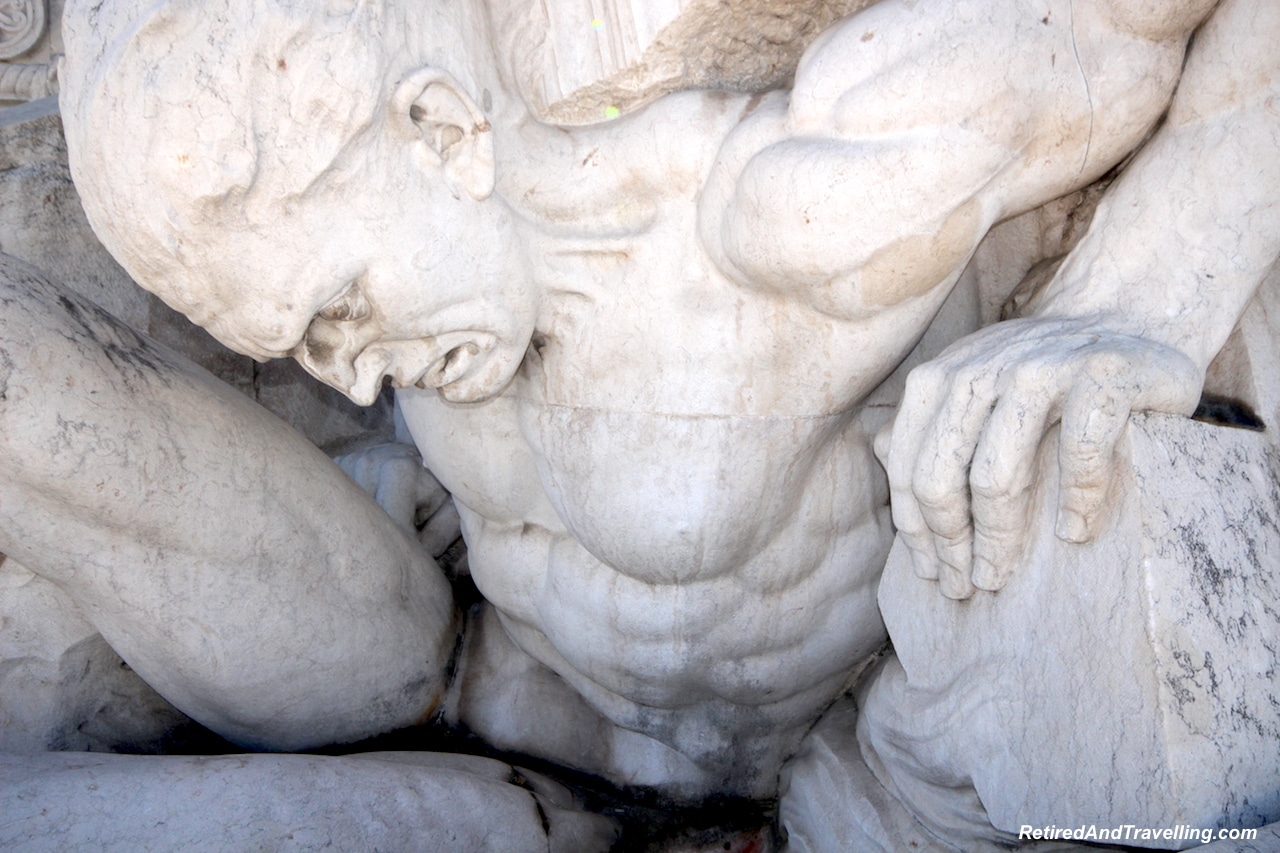 Walking in Lisbon down the Avenida da Liberdade, we strolled along a tree lined path. Underfoot was the unique white and black cobblestone paths with decorative motifs. We had first seen these on our visit to Madeira. While pretty, we soon found they could be treacherous. Polished to a sheen, they were both uneven to walk on and very slippery. And they were on a hill! I could not imagine walking in Lisbon in the rain. 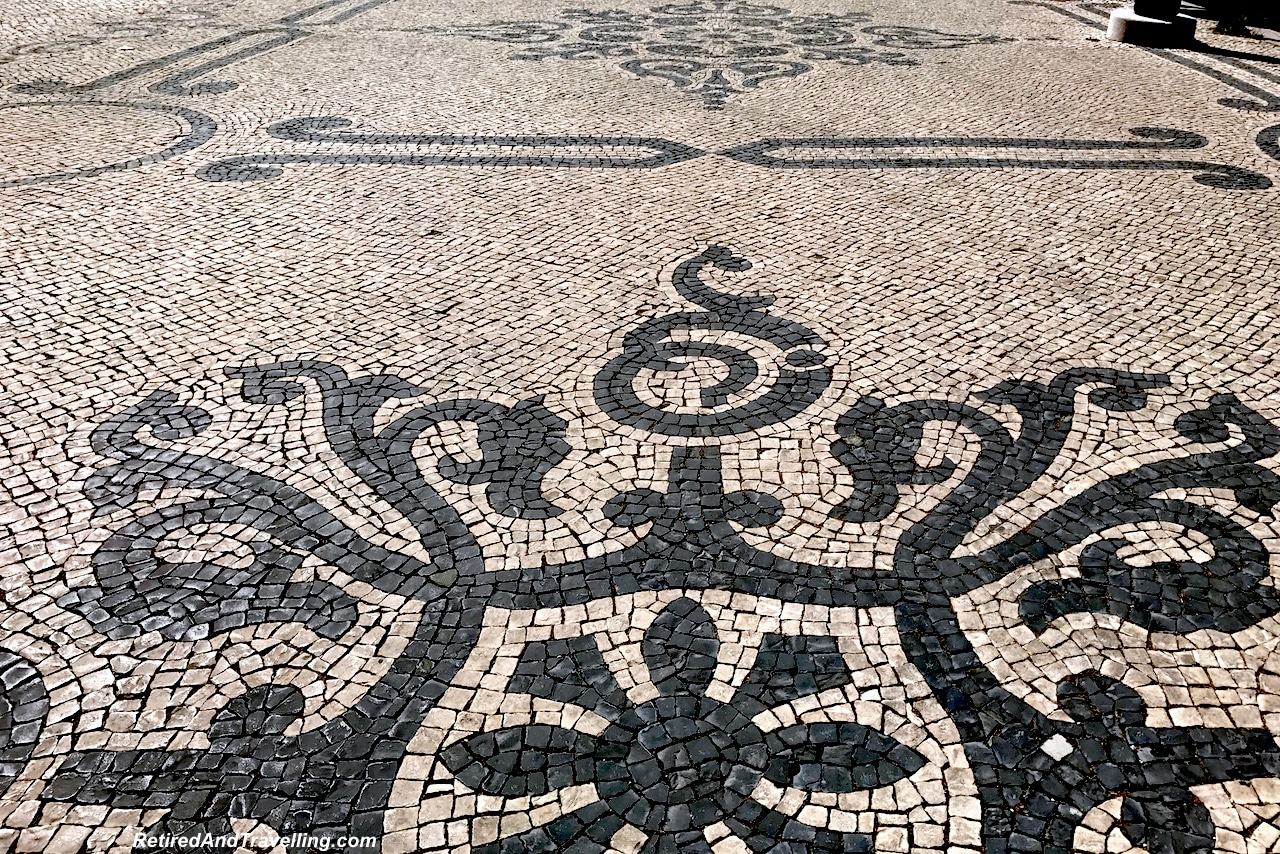 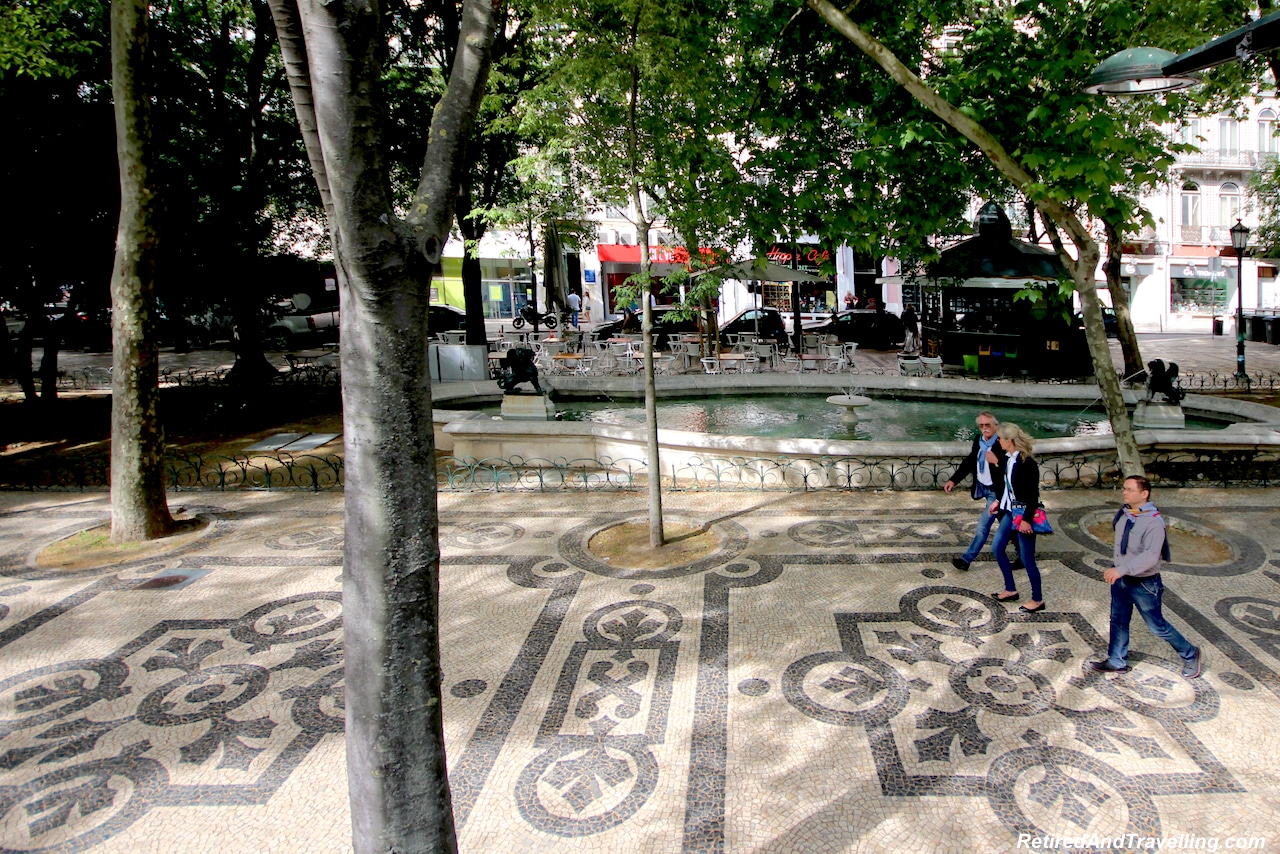 If we wanted to stop for a snack, there were small coffee stands all along the walkway. Some even had toilets!

Statues and Fountains Walking In Lisbon Down The Avenida da Liberdade

Walking in Lisbon down the Avenida da Liberdade was all downhill. But the walk still took us awhile. Everywhere we looked there were statues to stop and admire. 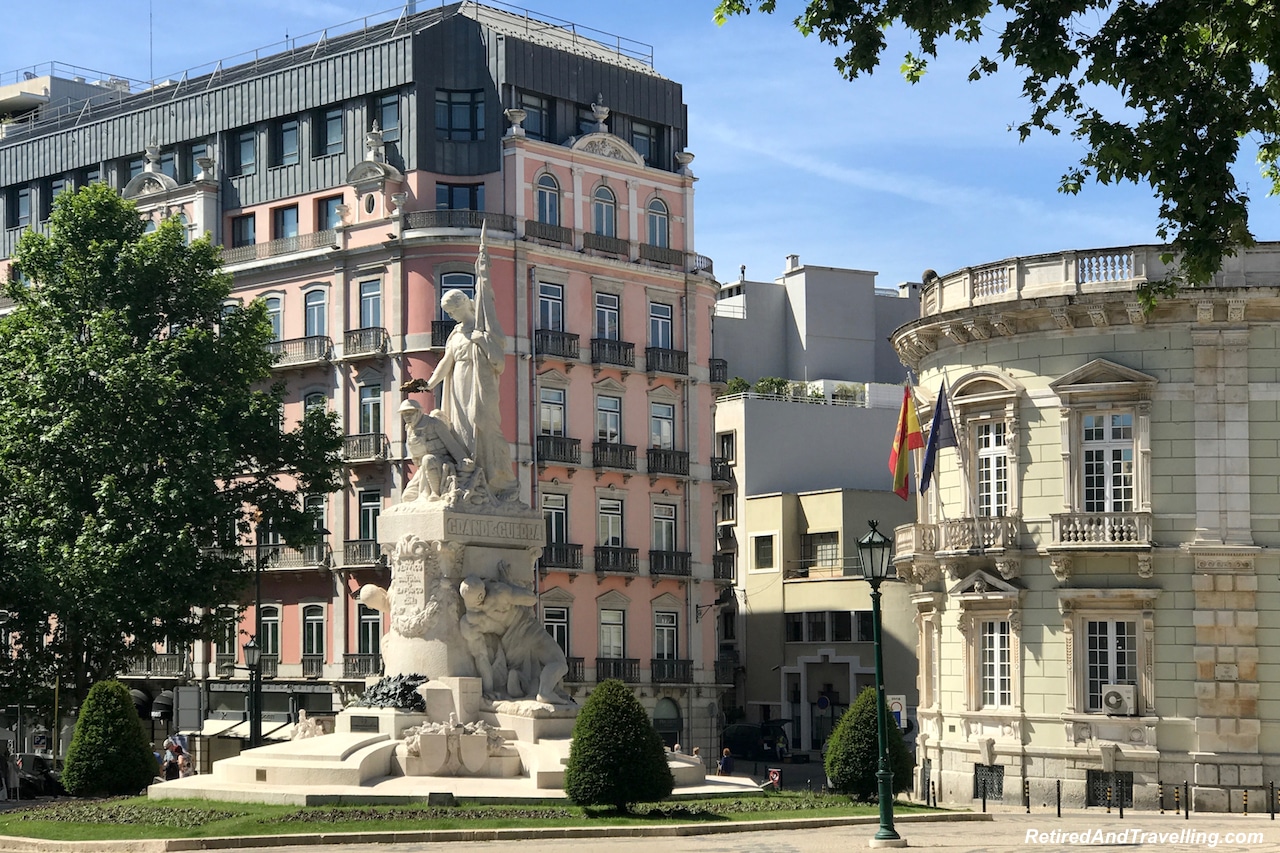 There was an interesting mix of buildings along this route. Historic buildings were mixed with modern brands. 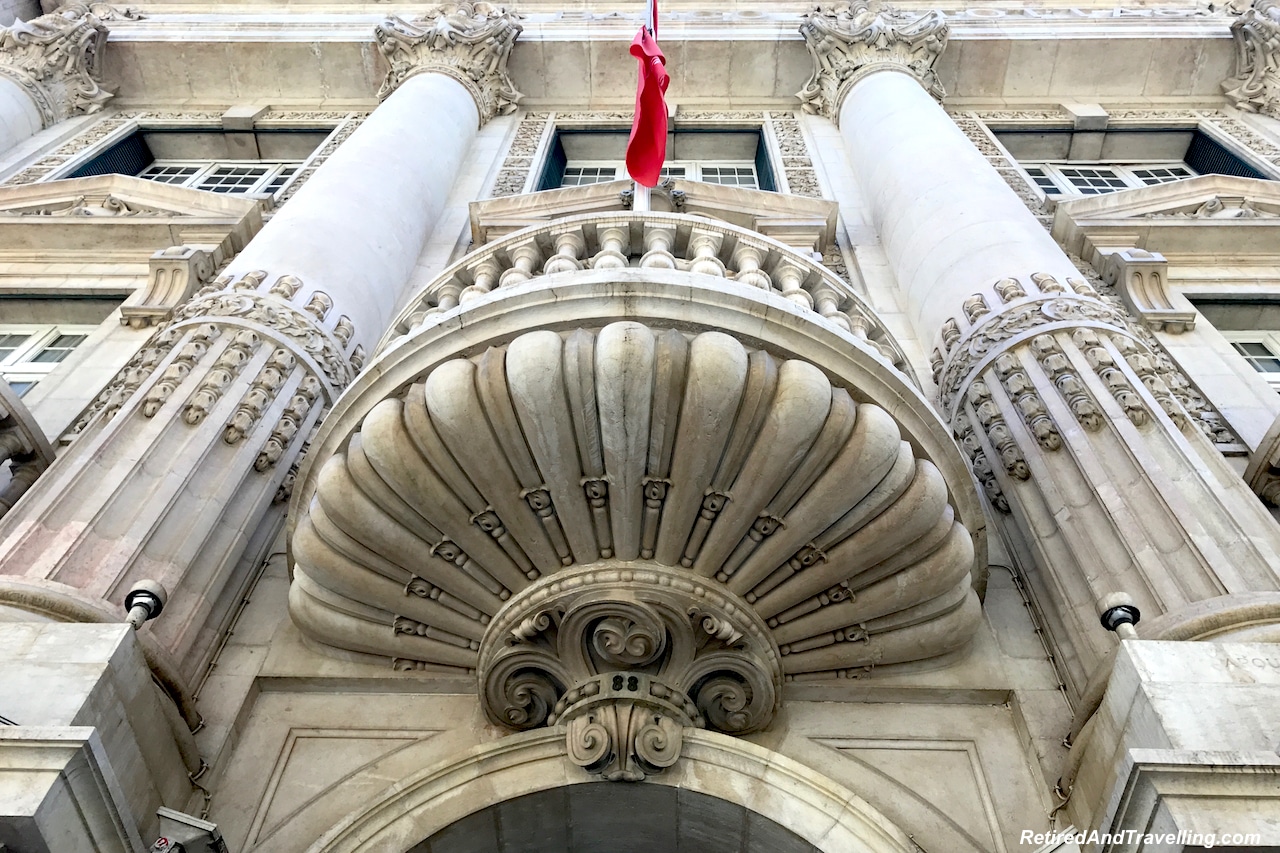 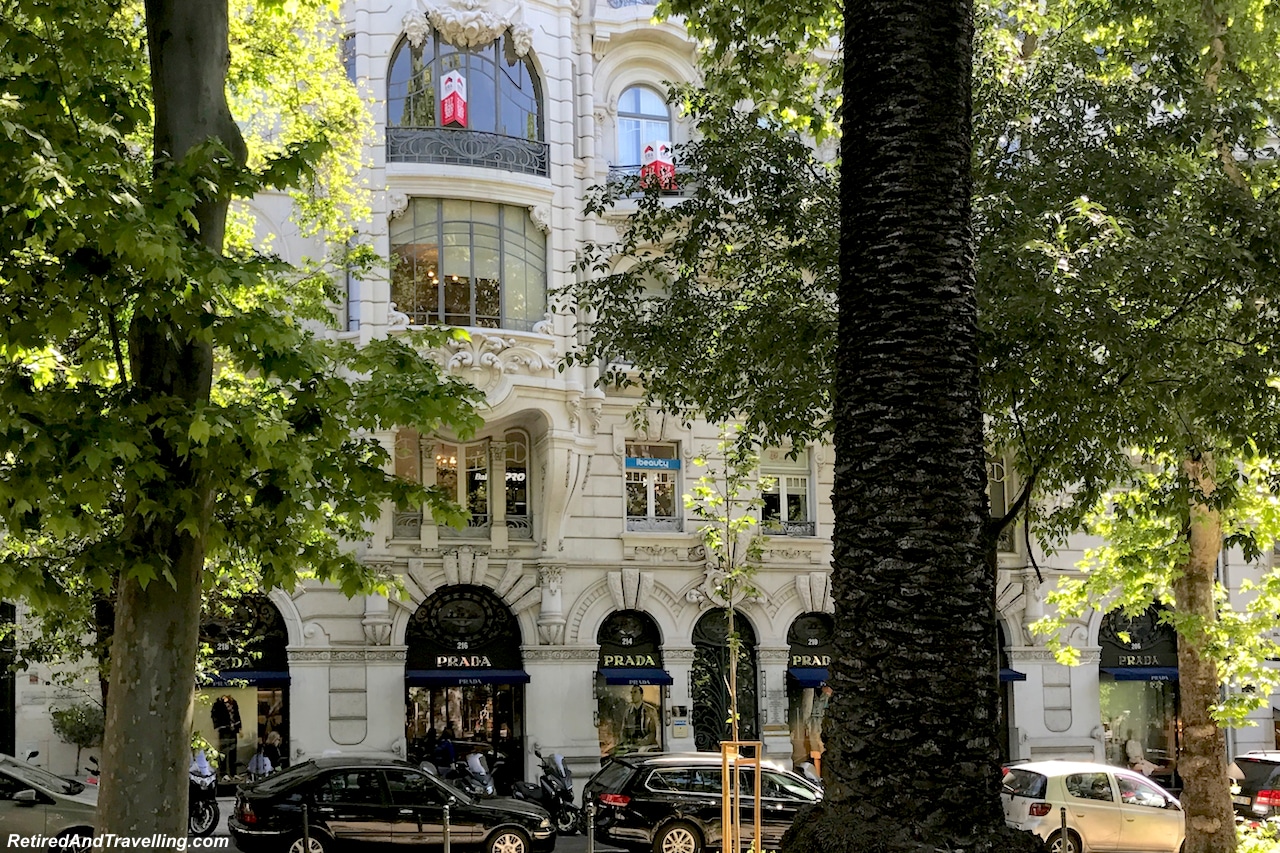 Walking in Lisbon down the Avenida da Liberdade we found small streets with funiculars and elevators that would take us to higher levels. We considered taking the Santa Justa Elevator up but the line ups were very long. There were 4 cruise ships in town that day! We marked all of these for a future trip when we would buy a public transit pass. 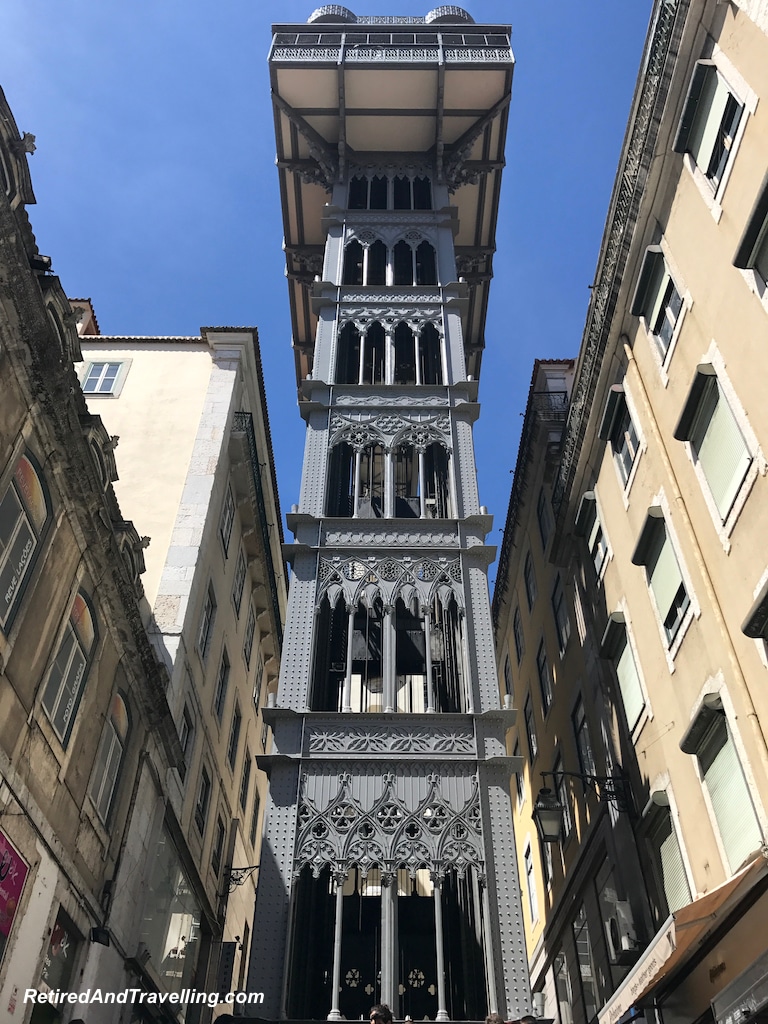 We stopped in the Rossio square to admire the Pedro IV statue and the art deco Eden Teatro cinema. Just down the street was the Rossio railway station building. It reminded me very much of some of the Gaudi architecture of Barcelona. 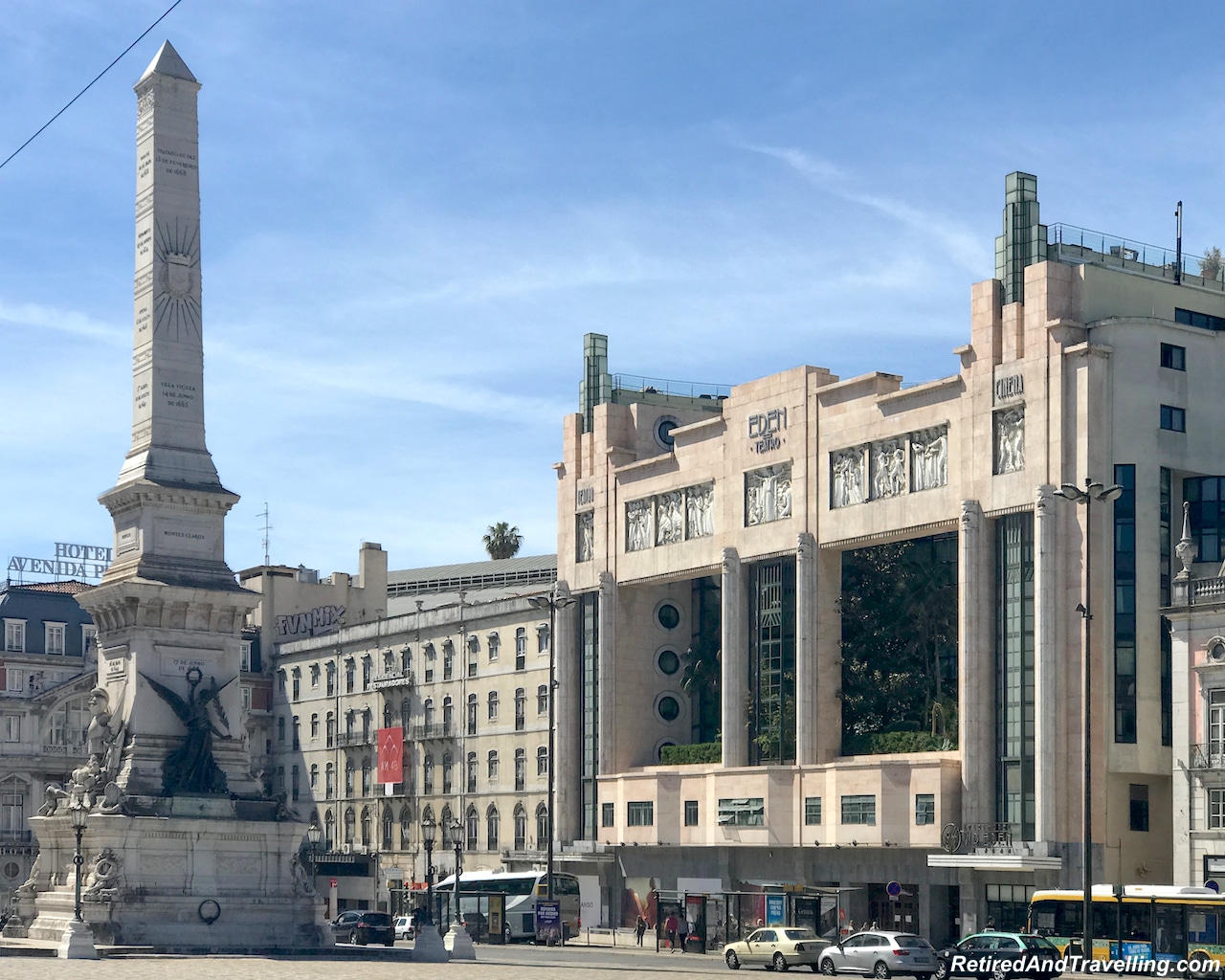 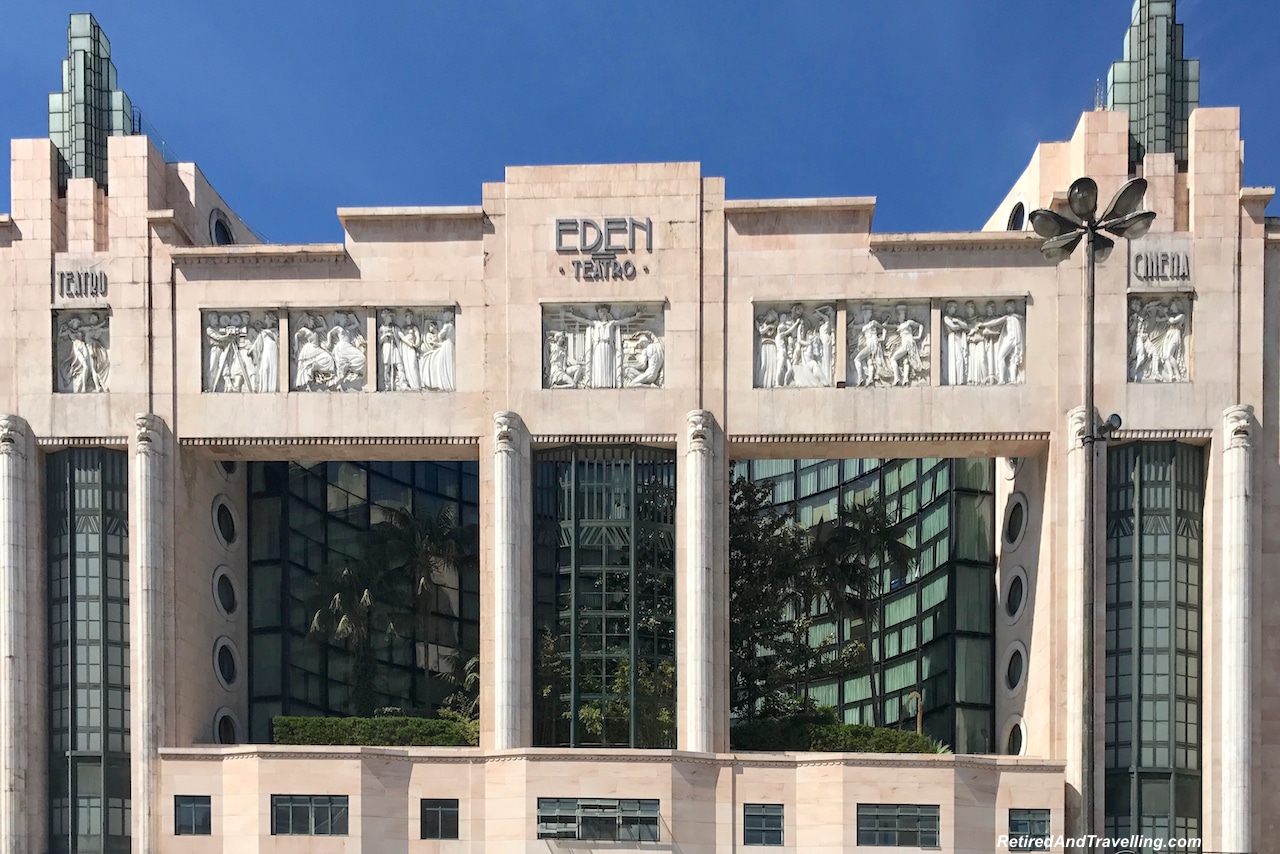 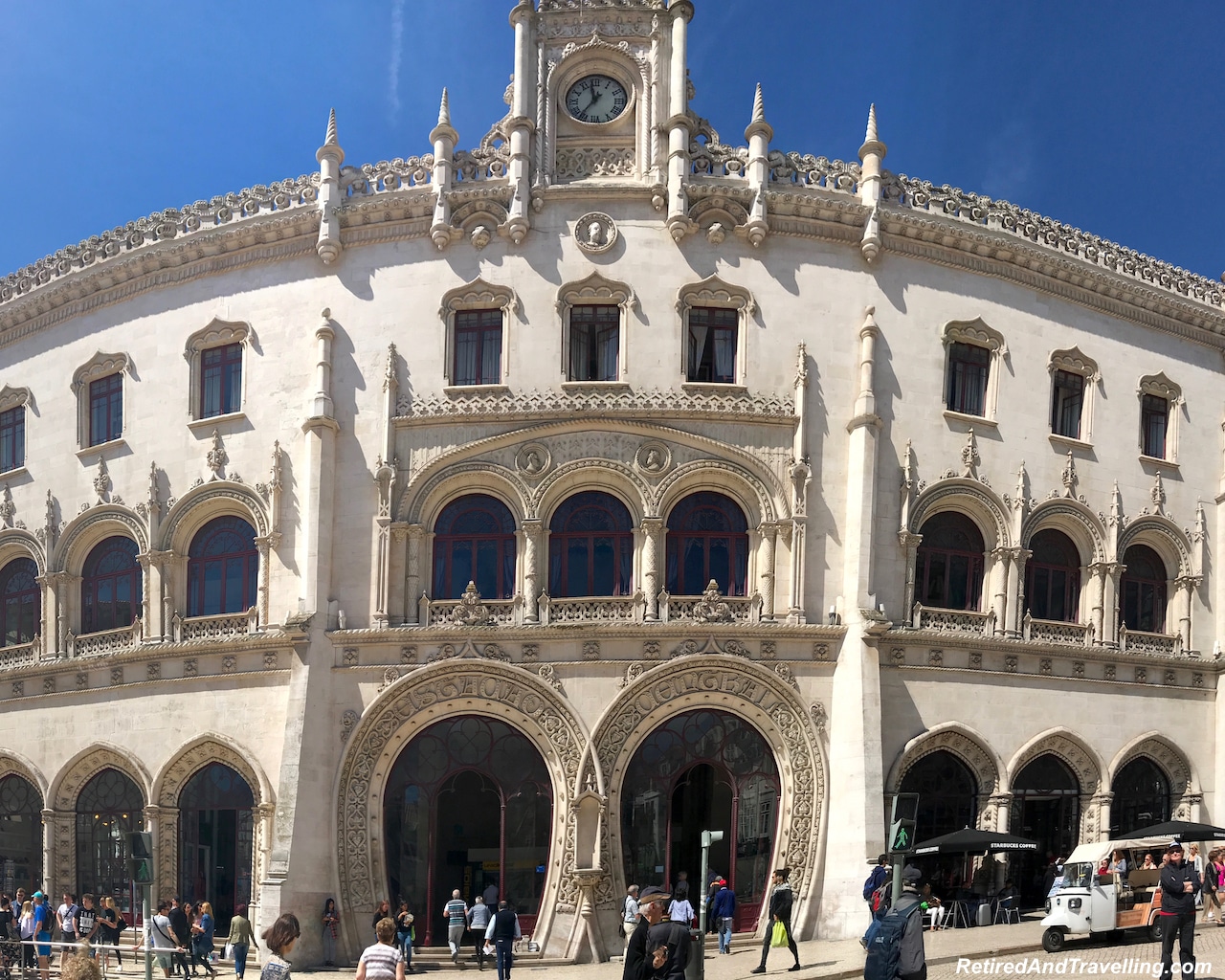 From this point we could look out over the baroque fountain with its mythical figures. High up in the hills we could see the Castelo de Sao Jorge. We headed that way when we walked to the viewpoints around Lisbon. 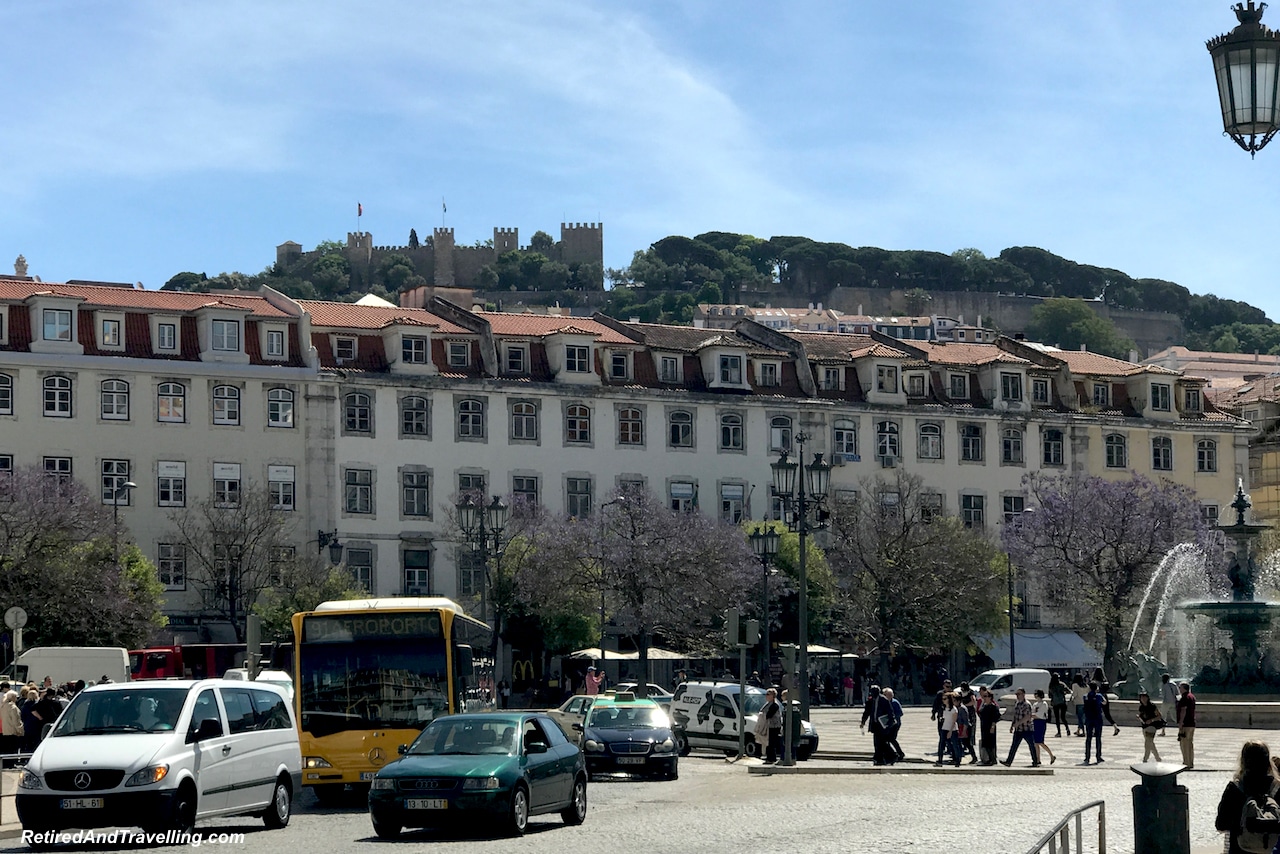 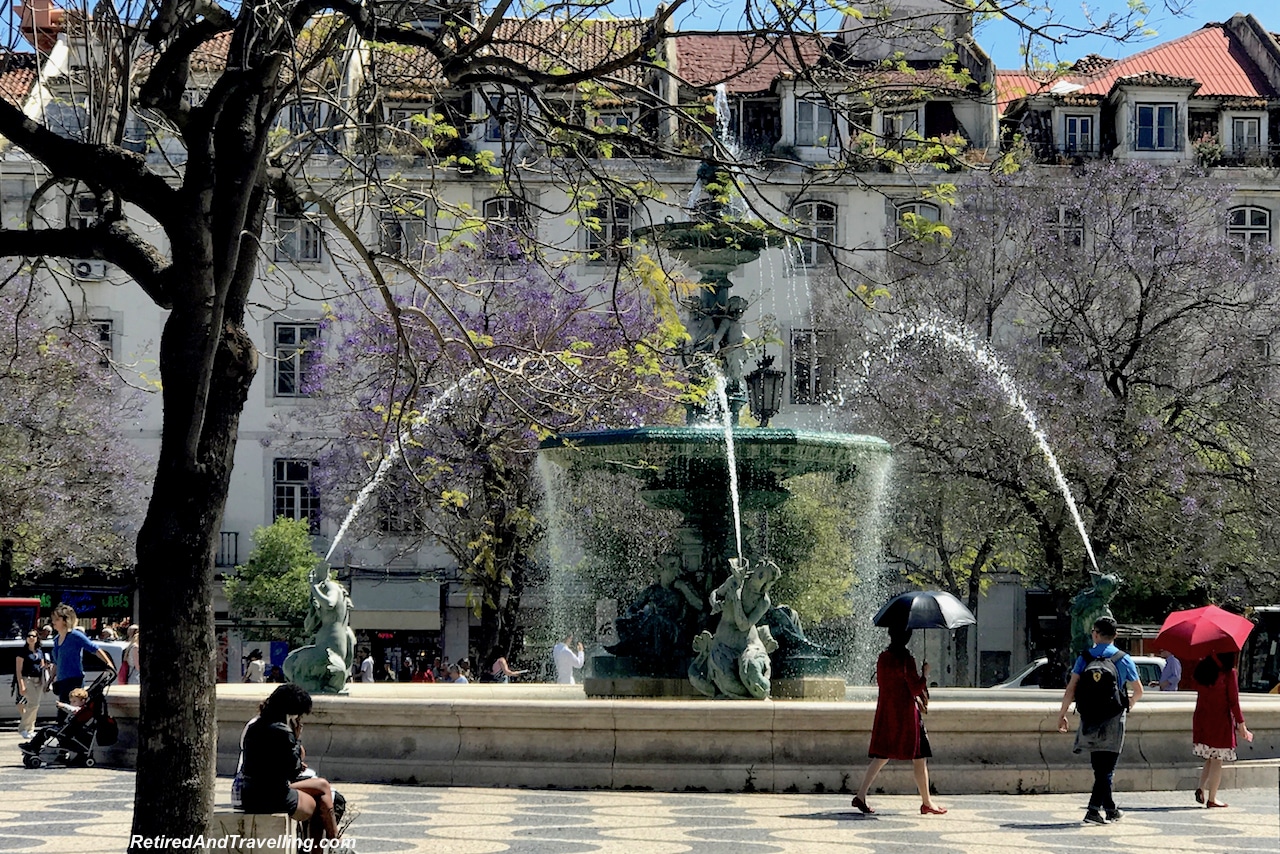 Heading To The Water

Walking in Lisbon down the Avenida da Liberdade will ultimately get you to the water. We passed by Rua da Conceicao. You can get a trolley up to viewpoints and the Castelo de Sao Jorge from here. 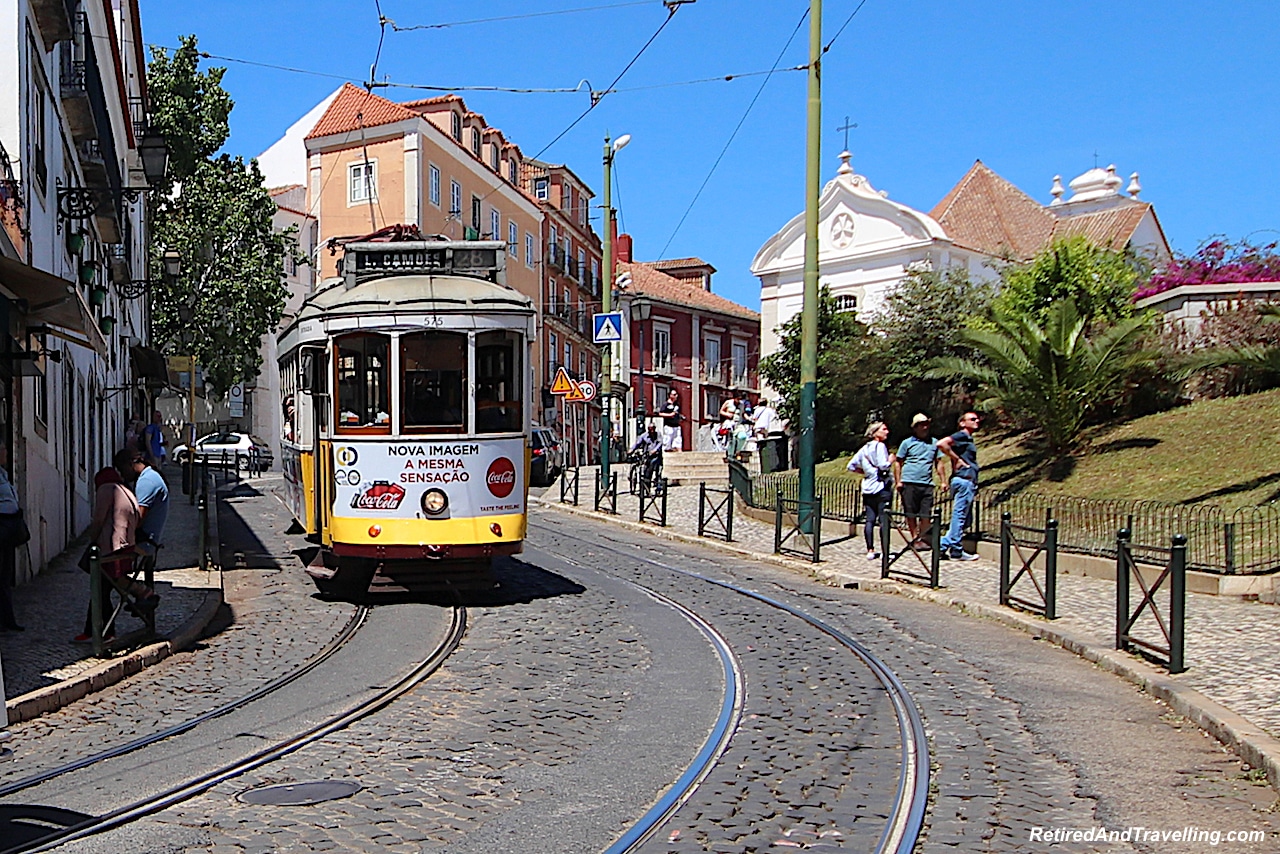 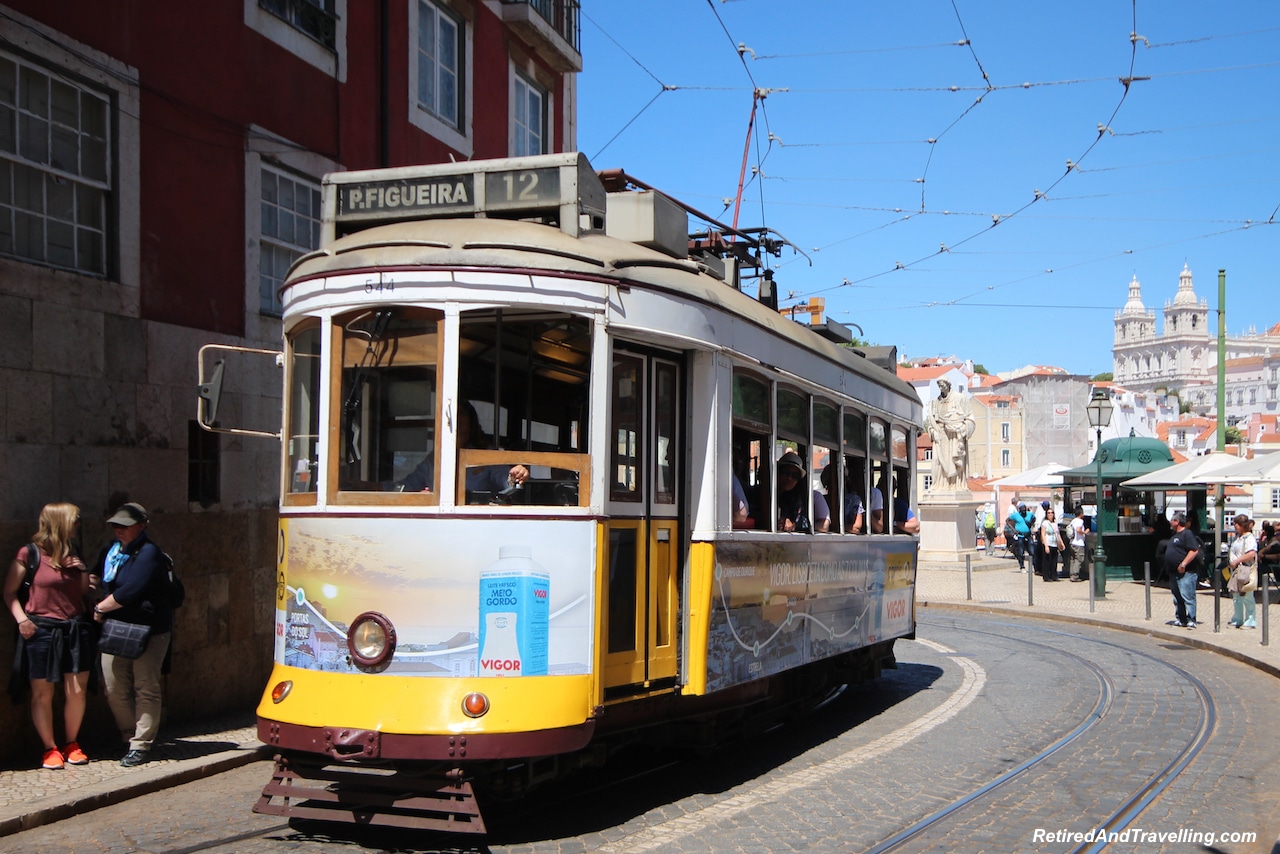 Reaching the Praia do Commercio we found a massive central square and a view out to the Tagus River. In the centre of the square is the statue of Jose I. People took turns mugging for cameras. We were sure we would not post the only shot of this view on social media that night. The Rua Augusta Arch was also right at the square. 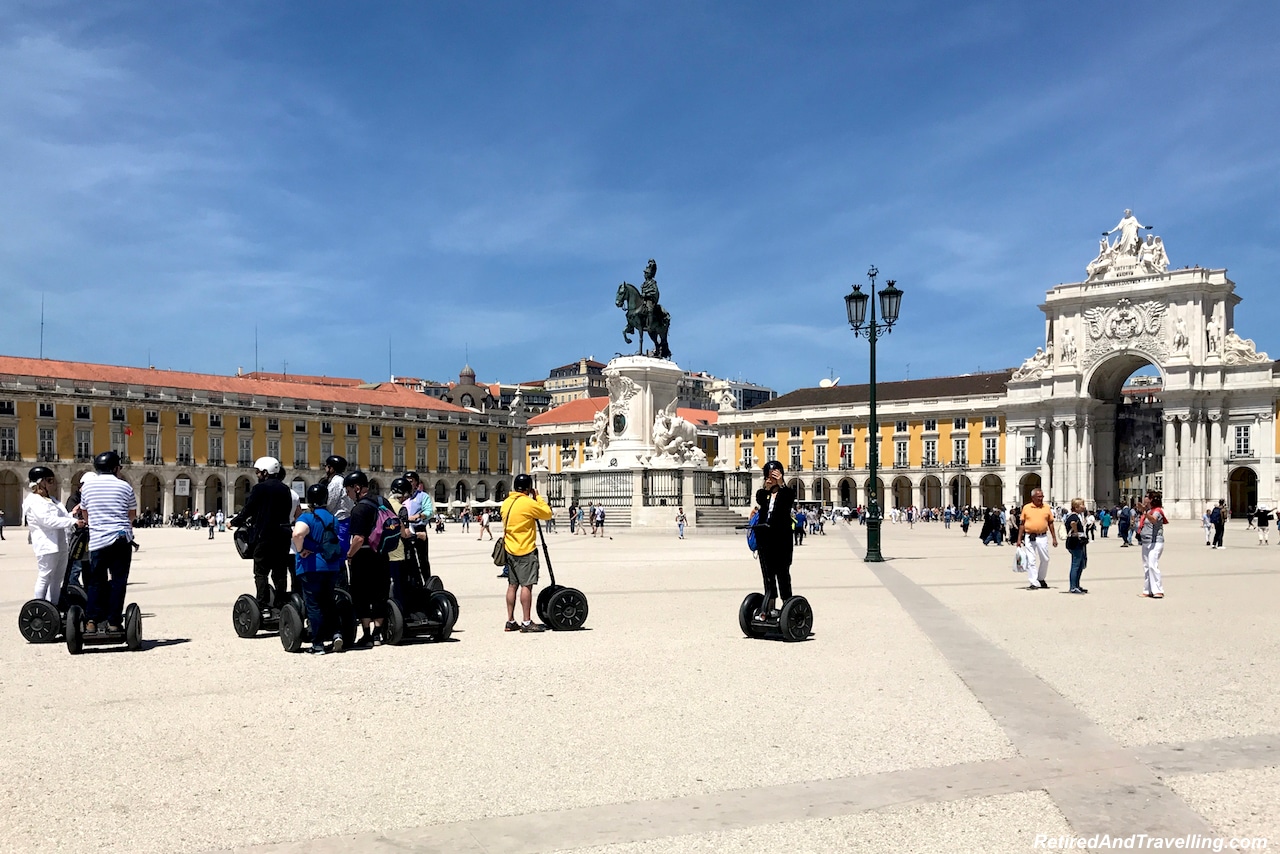 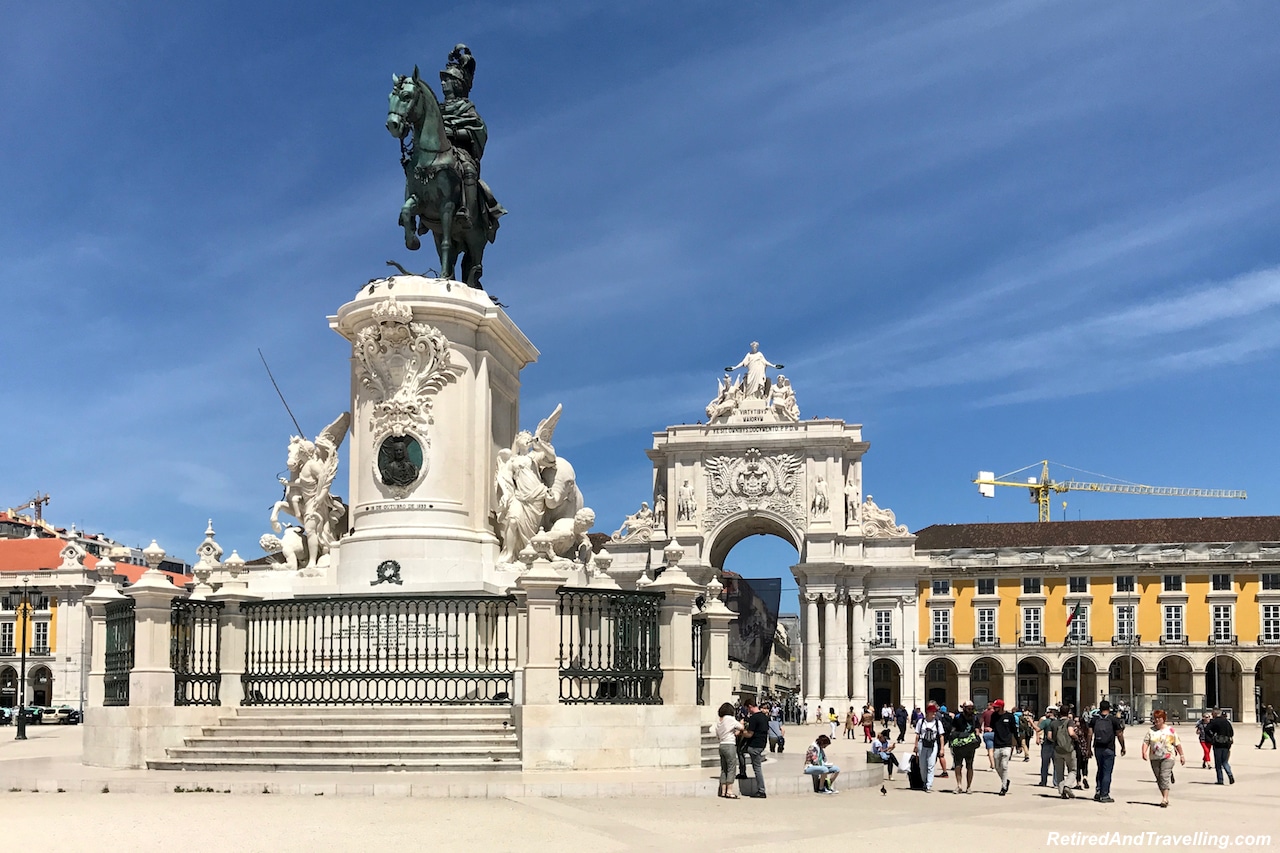 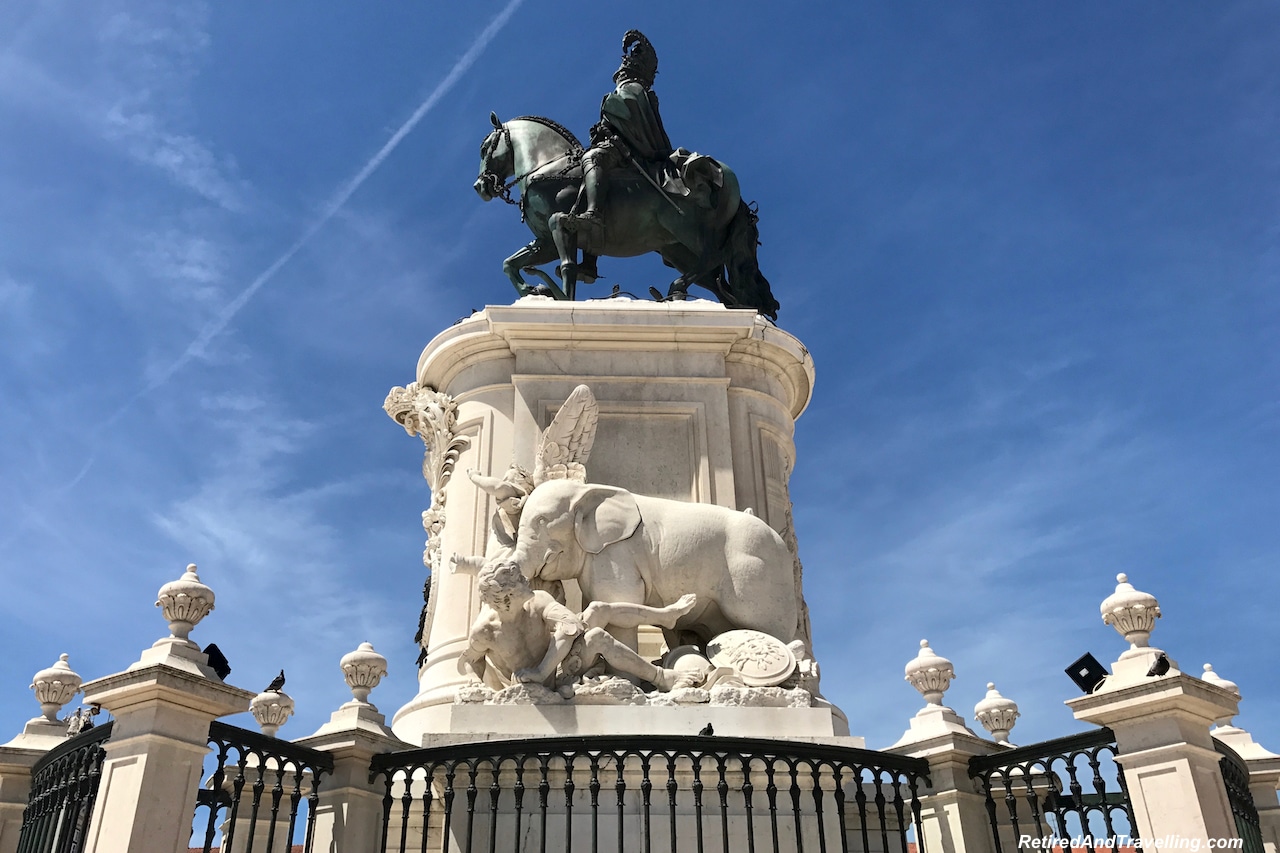 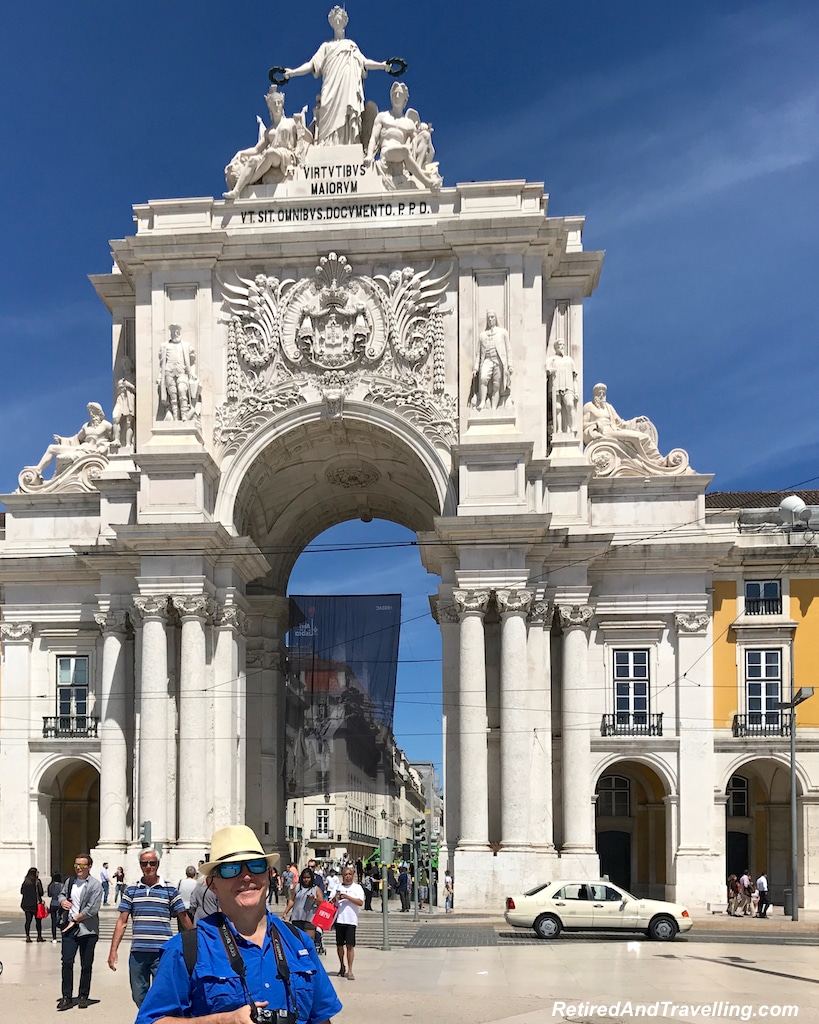 Located around the square are a number of restaurants and outdoor patios. We settled in at the Can The Can and ordered a great seafood lunch. There was great people watching from this spot. I ordered octopus again. I could not believe how much I was loving the grilled octopus. Before I left Portugal I had eaten so much octopus that I was worried I would grow another arm! 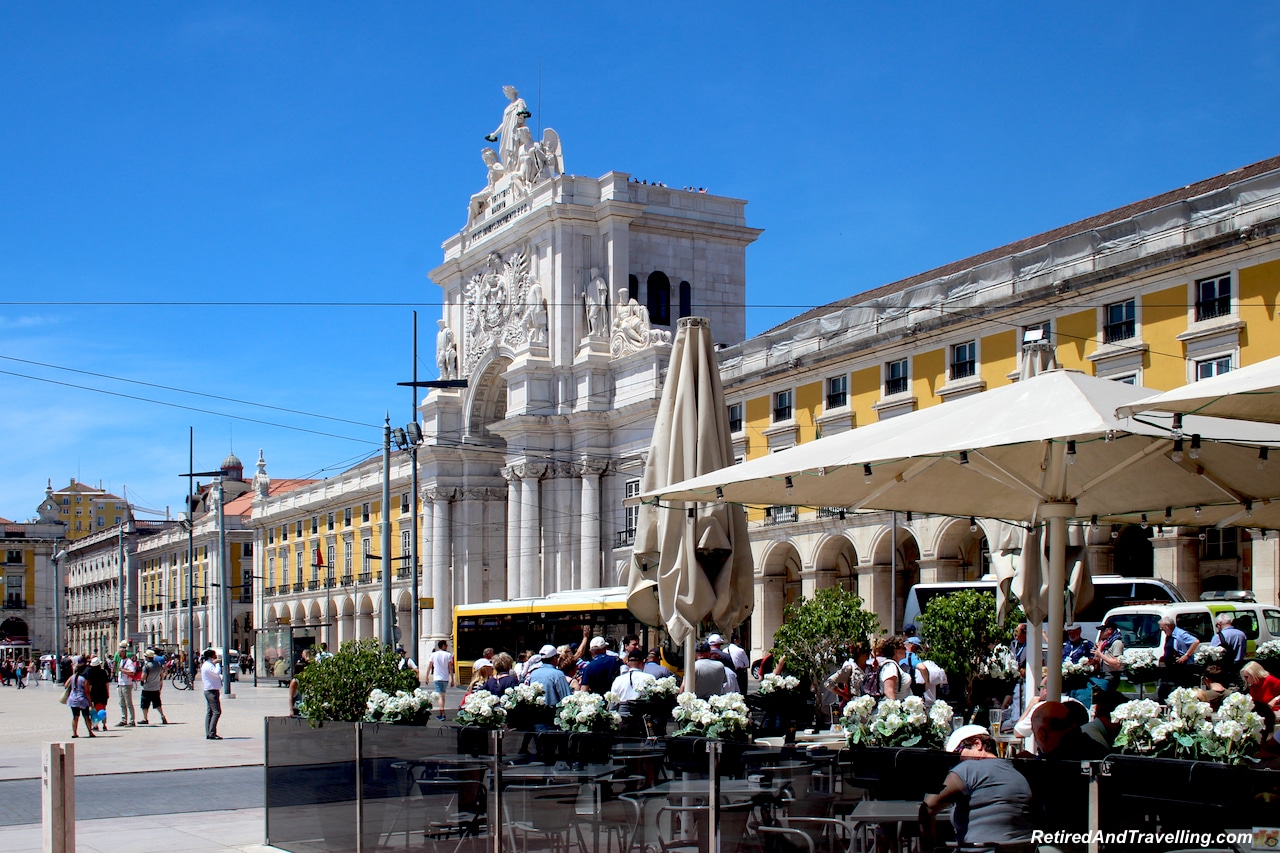 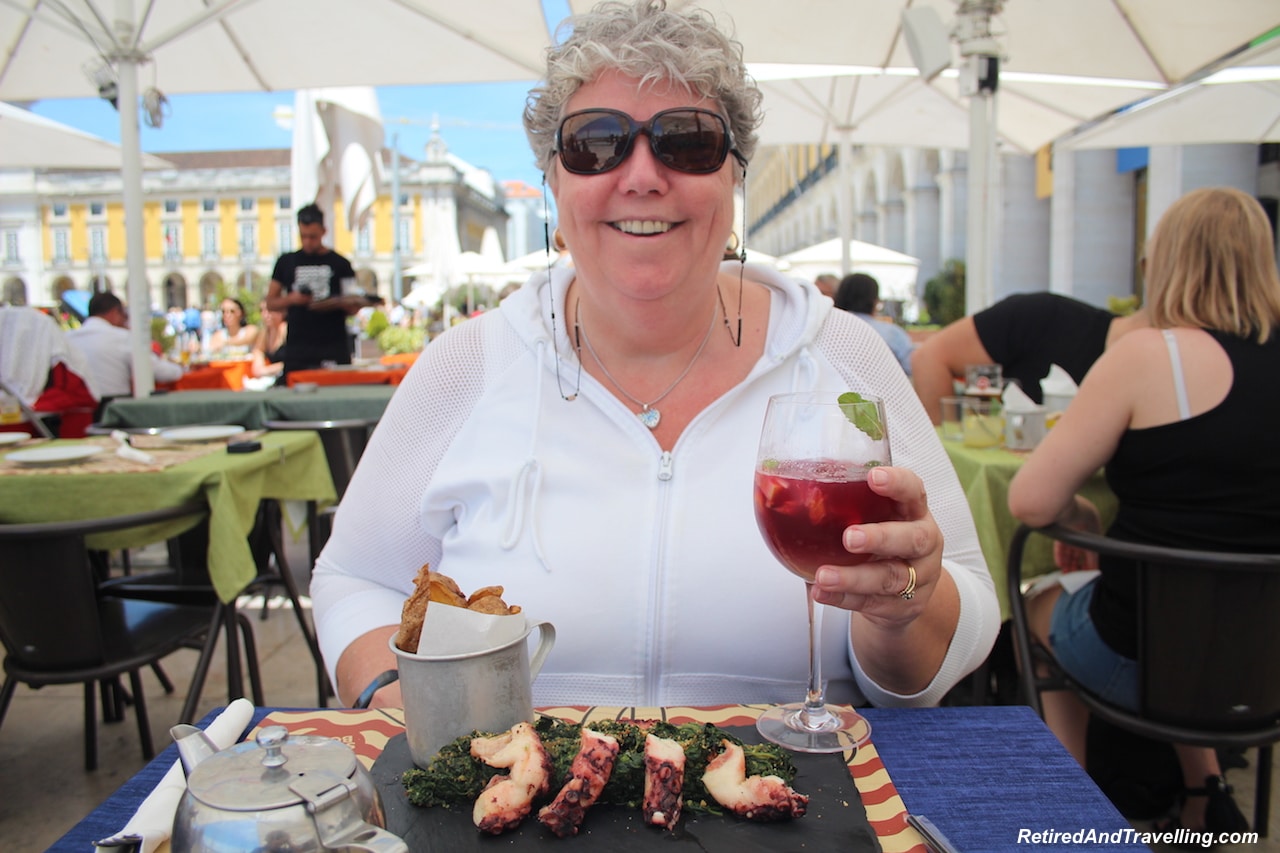 When we reached the river, we got a great view down to the April 25 Bridge with the Belem district beyond it. We explored Belem on another day walking in Lisbon. 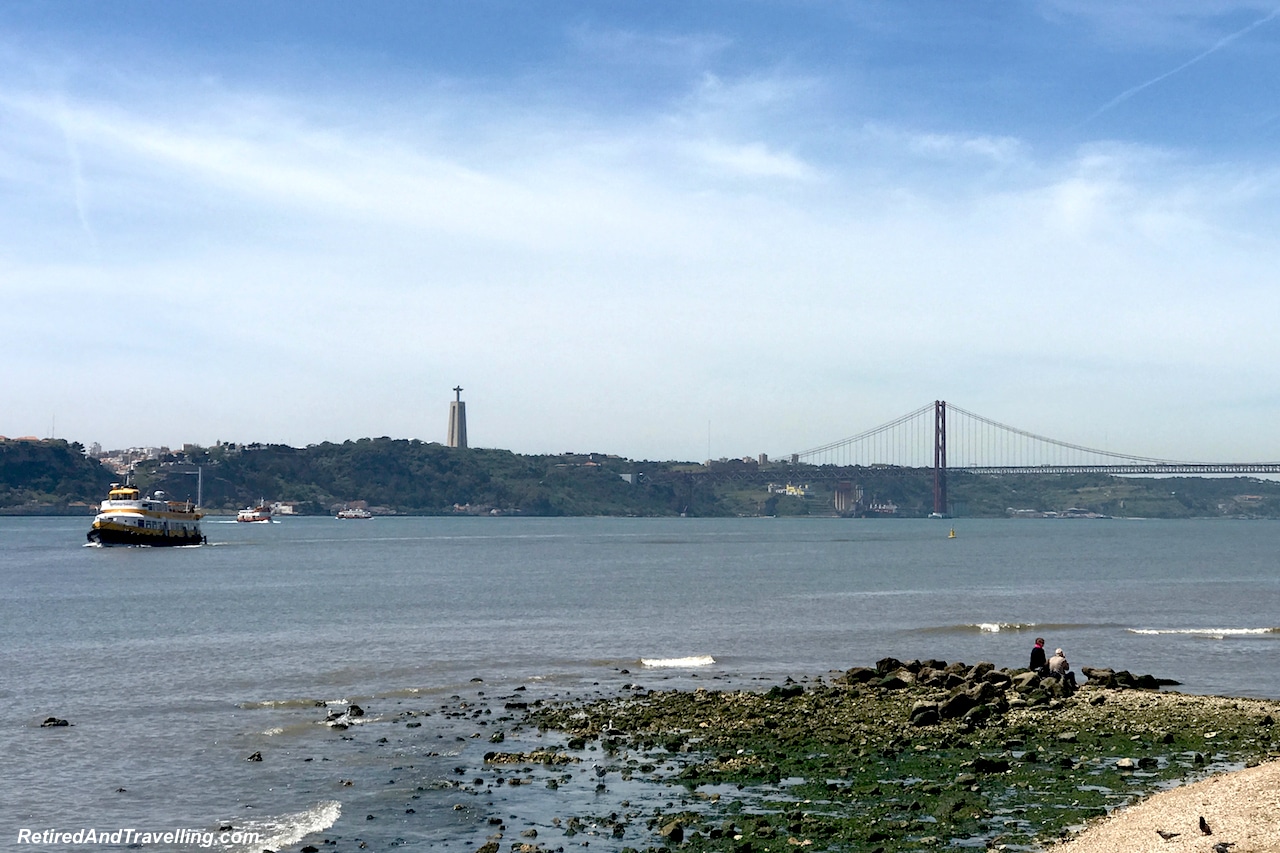 A Great First View of Lisbon

It was great walking in Lisbon down the Avenida da Liberdade. We had a peaceful stroll down the tree lined cobblestone path. There was much to see as we wandered down to the water. But we got a cab to get us back up the hill to our hotel. We headed back to explore the Belem area of Lisbon the next day.

Have you enjoyed walking in Lisbon down the Avenida da Liberdade? What other sights did we miss tucked into nooks and crannies? 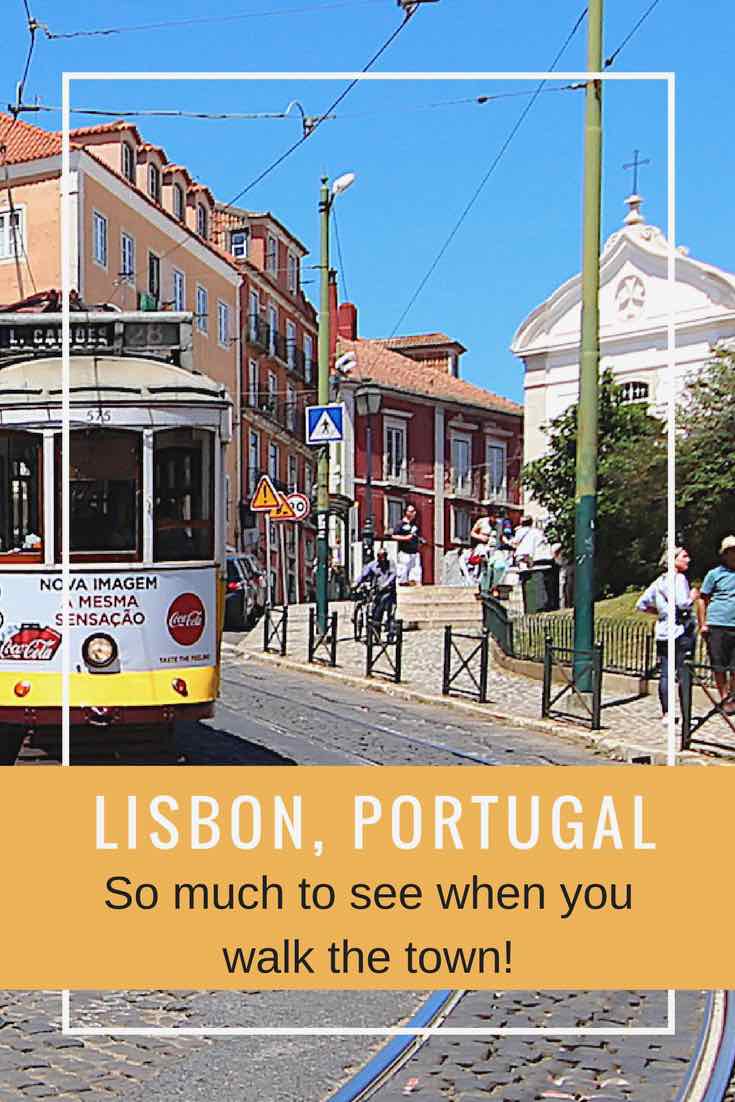 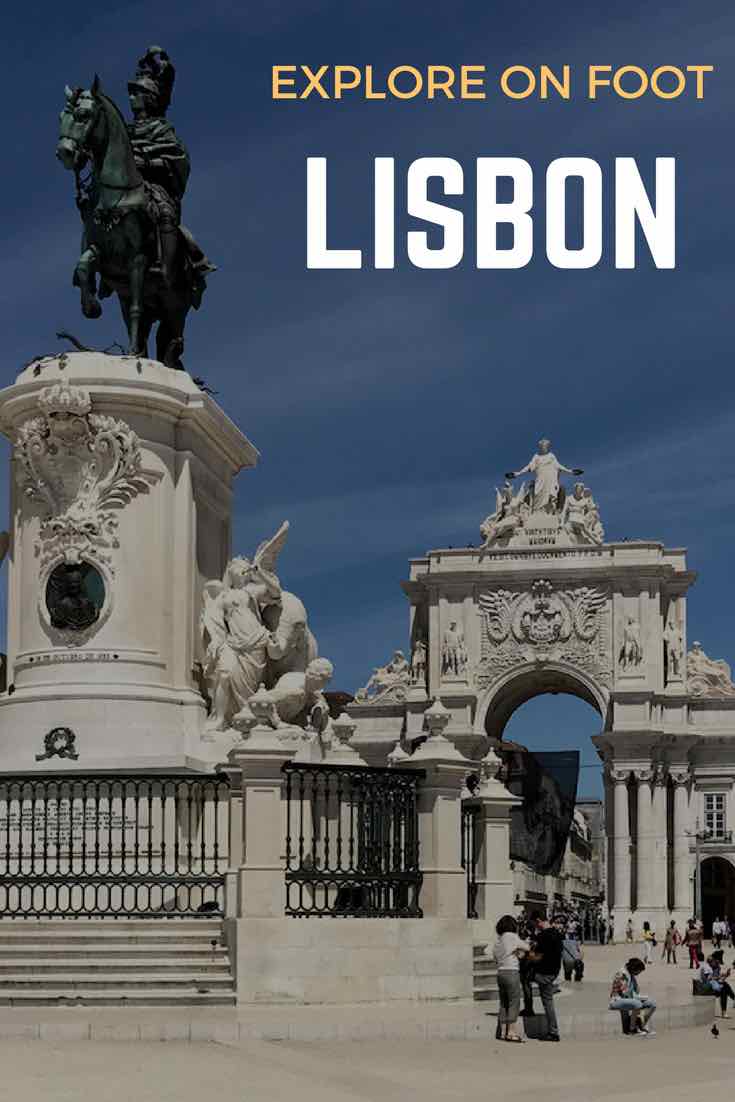