Arriving in the Maldives

It had been a busy 5 days exploring the coastal towns of India and heading inland to see the Taj Mahal. Two days at sea gave us time to relax before we arrived at our next spot. We were ready for a cleaner and less crowded spot. When we arrived outside of Male, Maldives, people crowded on the deck to see the brilliant clear waters. We had 24 hours in the Maldives and people wanted to soak up every minute!

The colour of the water had us mesmerized. Blue holes were easily spotted as we went by. I couldn’t wait to go snorkelling in the Maldives! 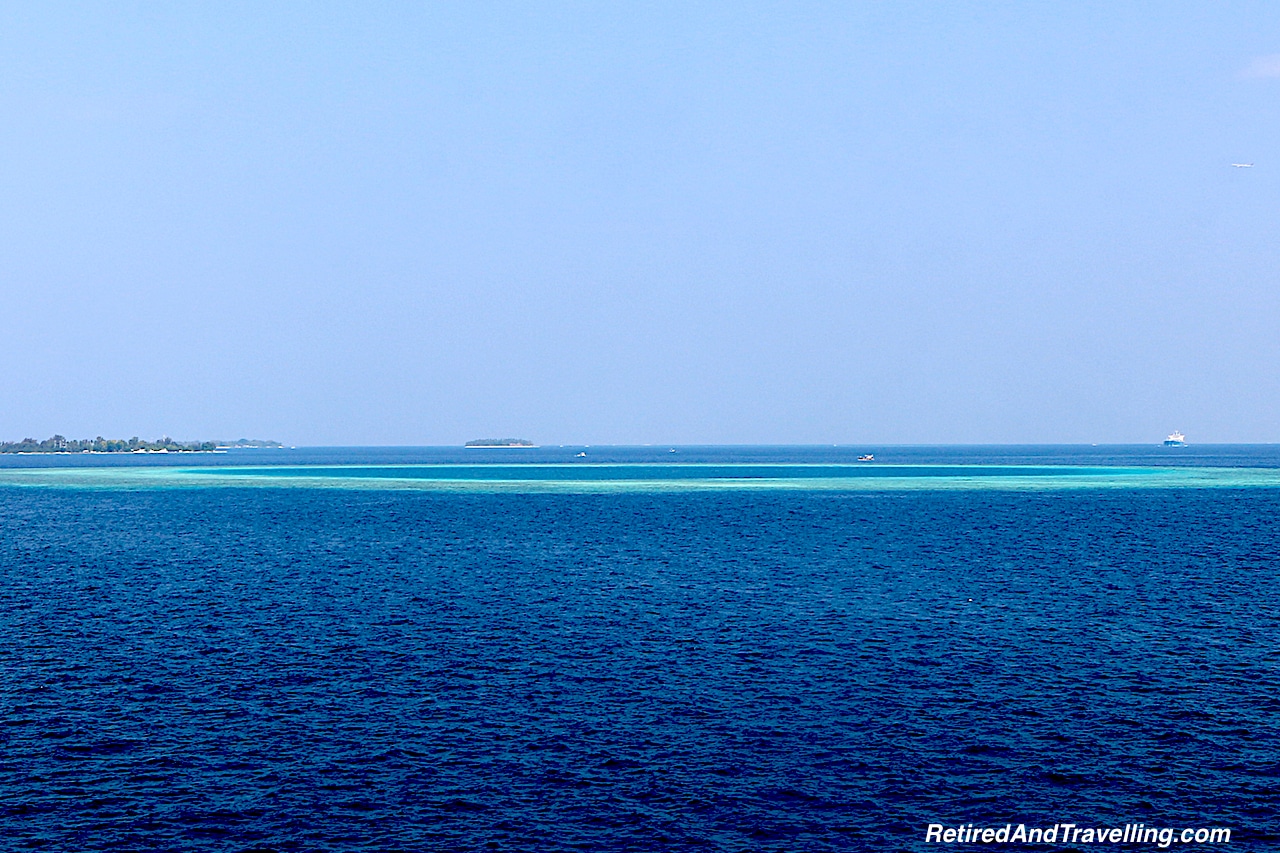 On our transit through the islands of the Maldives, we got a glimpse of the private islands and resorts that the Maldives is known for. We could see long stretches of beach, private enclosed reef areas and the famed over-water bungalows. Blogs about the Maldives by luxury writers like Pam (@Always5Star) had teased us but seeing them as we drove by intensified the longing for a longer stay! 24 hours in the Maldives would not be enough! 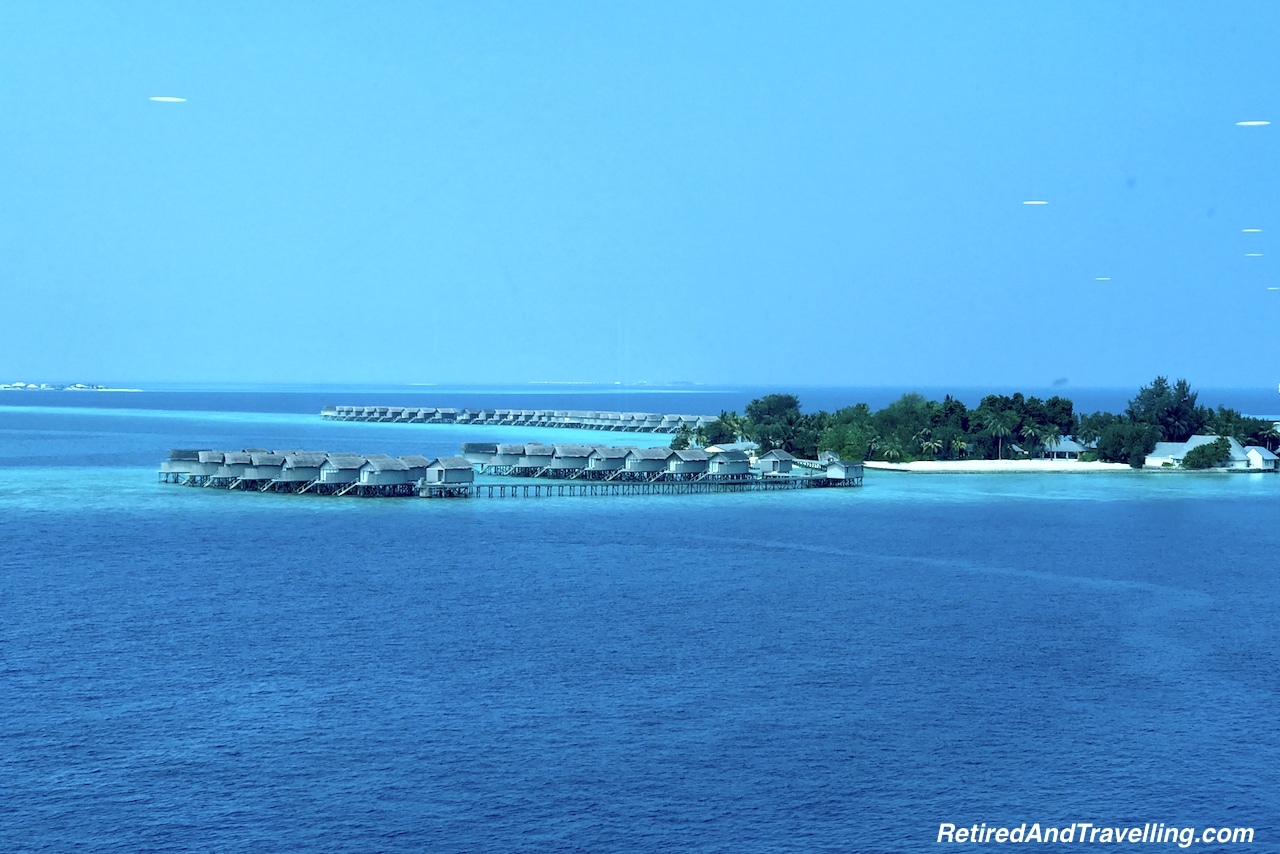 We had 24 hours in the Maldives. Docked out in the bay, we took a 30 minute tender boat ride to get to the shore. But once we got to the shore, we were right in the middle of downtown Male. There was lots to see and do from our drop-off point. 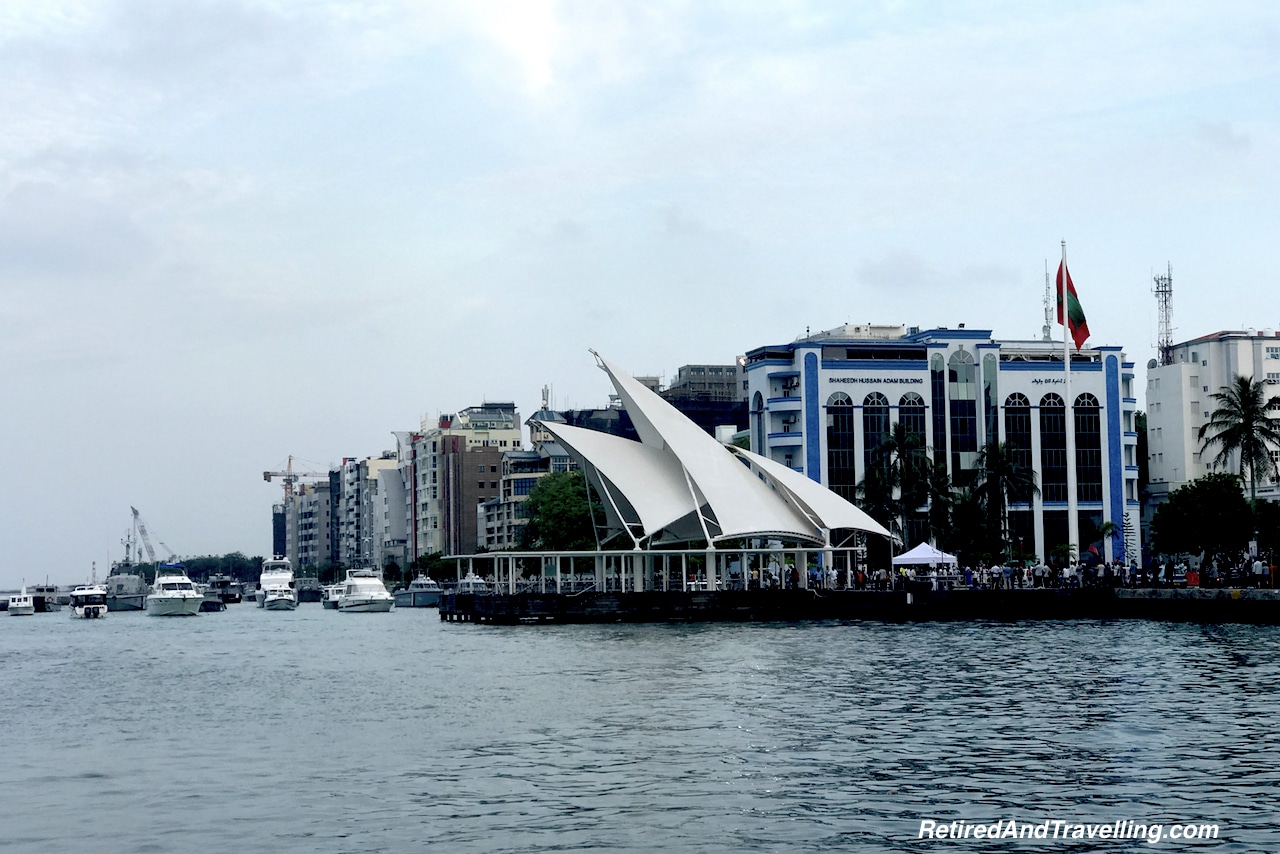 Large private yachts were tied up at the docks. The scuba and snorkelling boats departed right from the main dock so it would be easy to try snorkelling in the Maldives. We could also see the private boats that docked in Male to pick up people for transit to resorts on the islands. Airplanes were a constant sight overhead as people moved between Islands. 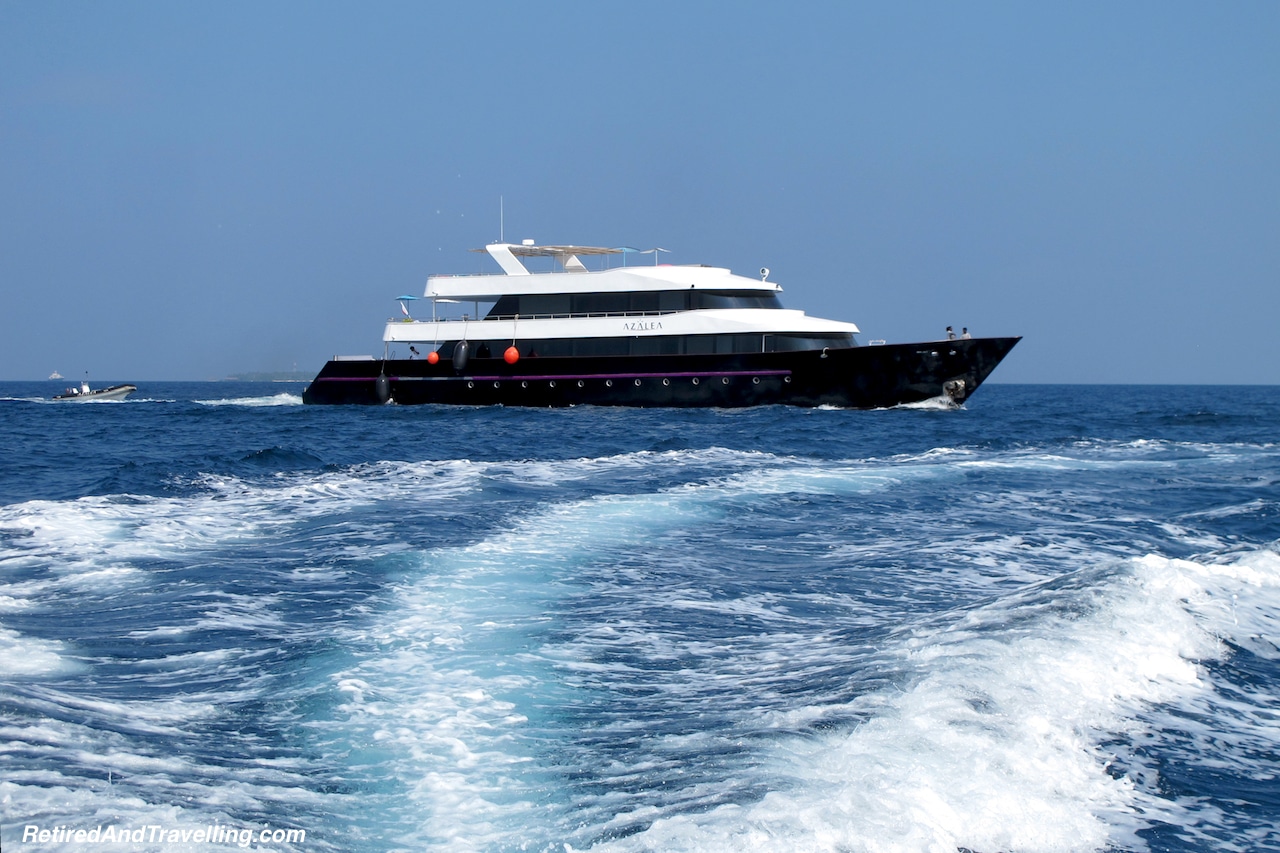 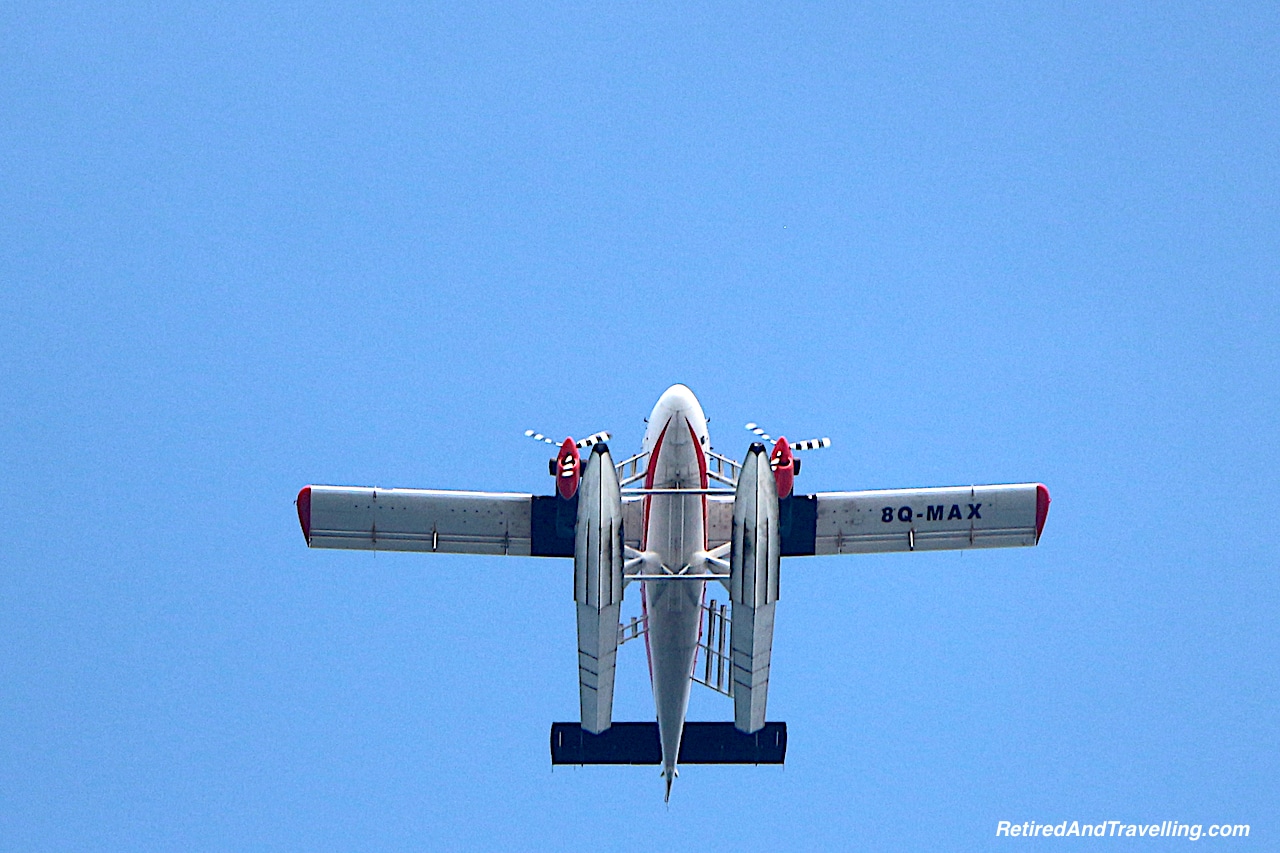 The first thing on our agenda for our 24 hours in the Maldives was a walking tour of Male. We tagged along on a private tour booked by a couple we had met on the cruise. It was significantly less expensive than the cruise ship tour. But we seemed to be following the same route as we regularly passed the lollipop carriers for the Oceania Cruises tours. Most of the downtown area of Male was within a 10 minute walking zone. When we dragged ourselves back 4 hours after we started, we could not figure out how come it took us so long to cover this distance.

Like many of the cities we had visited in SE Asia, many people used scooters to get about town. Our guide assured us that the scooters would stop for pedestrians. We did not take that for granted! 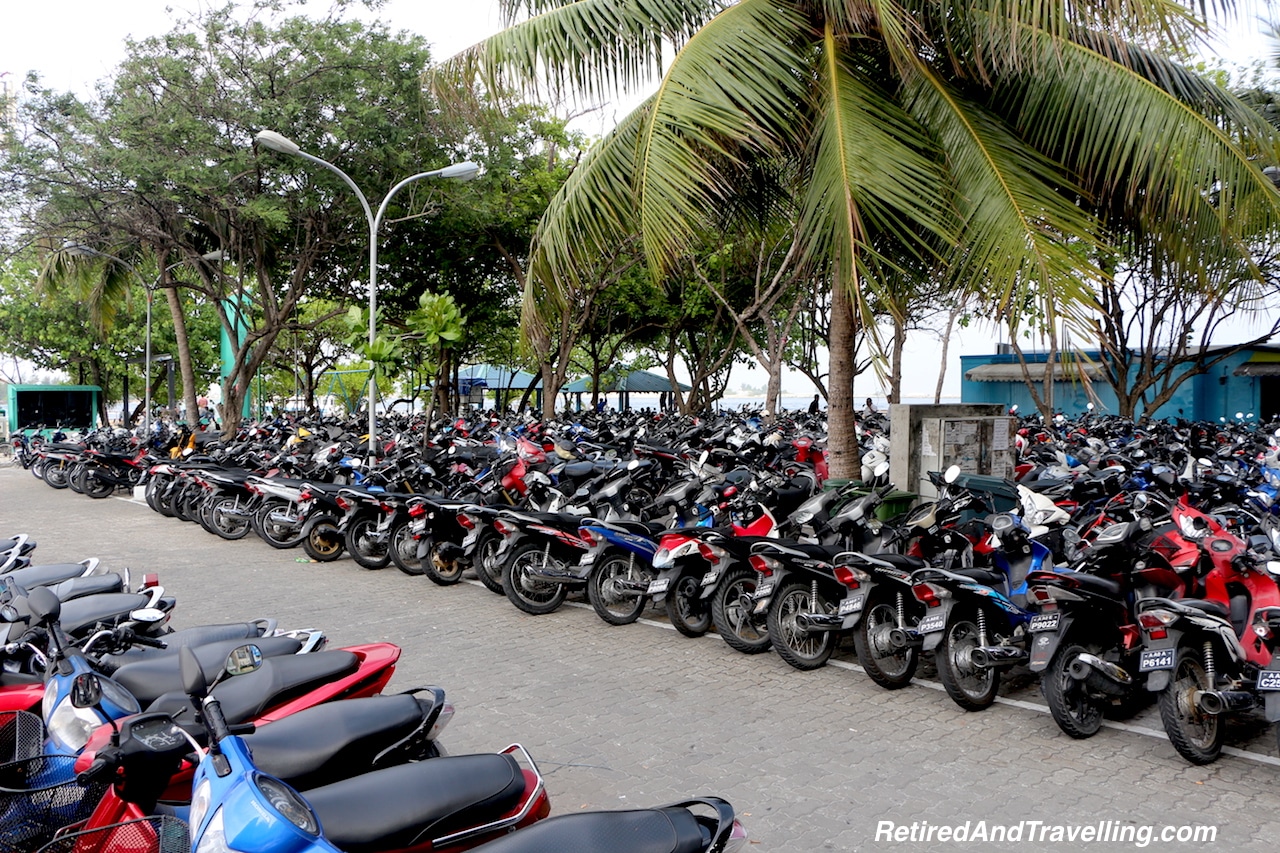 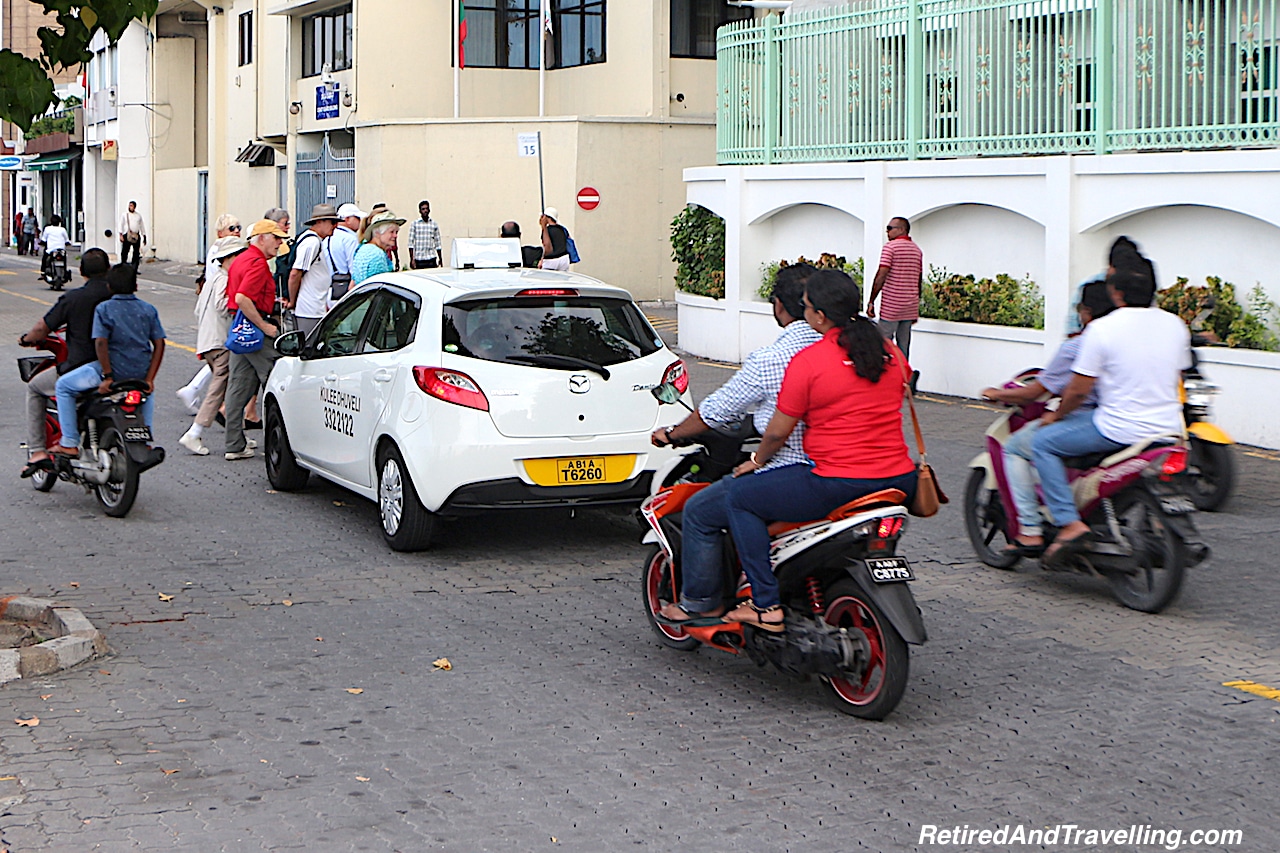 We managed to catch the first market before it closed. There were still a few vendors with their fish on display. We saw many of the colourful local fish that we would see the next day snorkelling in the Maldives. The person cleaning fish put on an entertaining display for us. 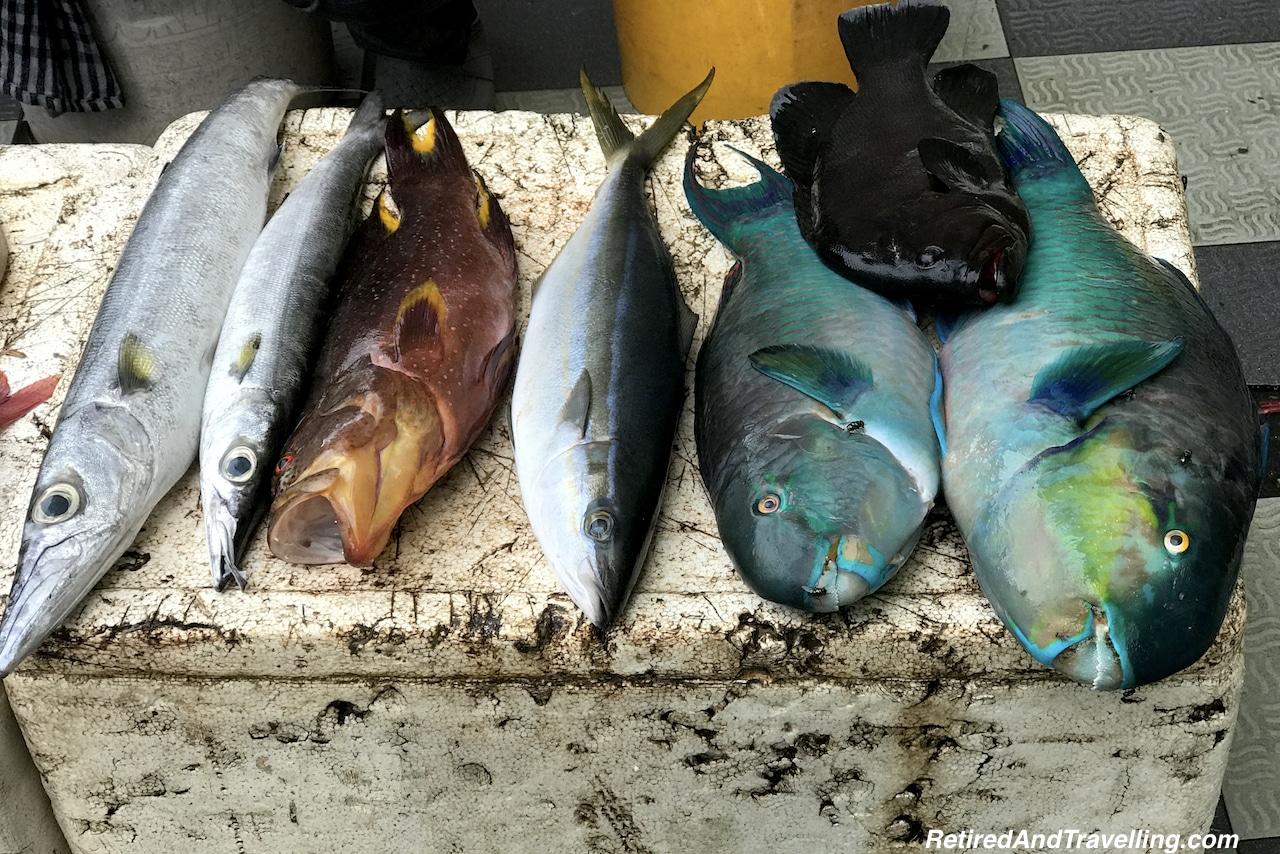 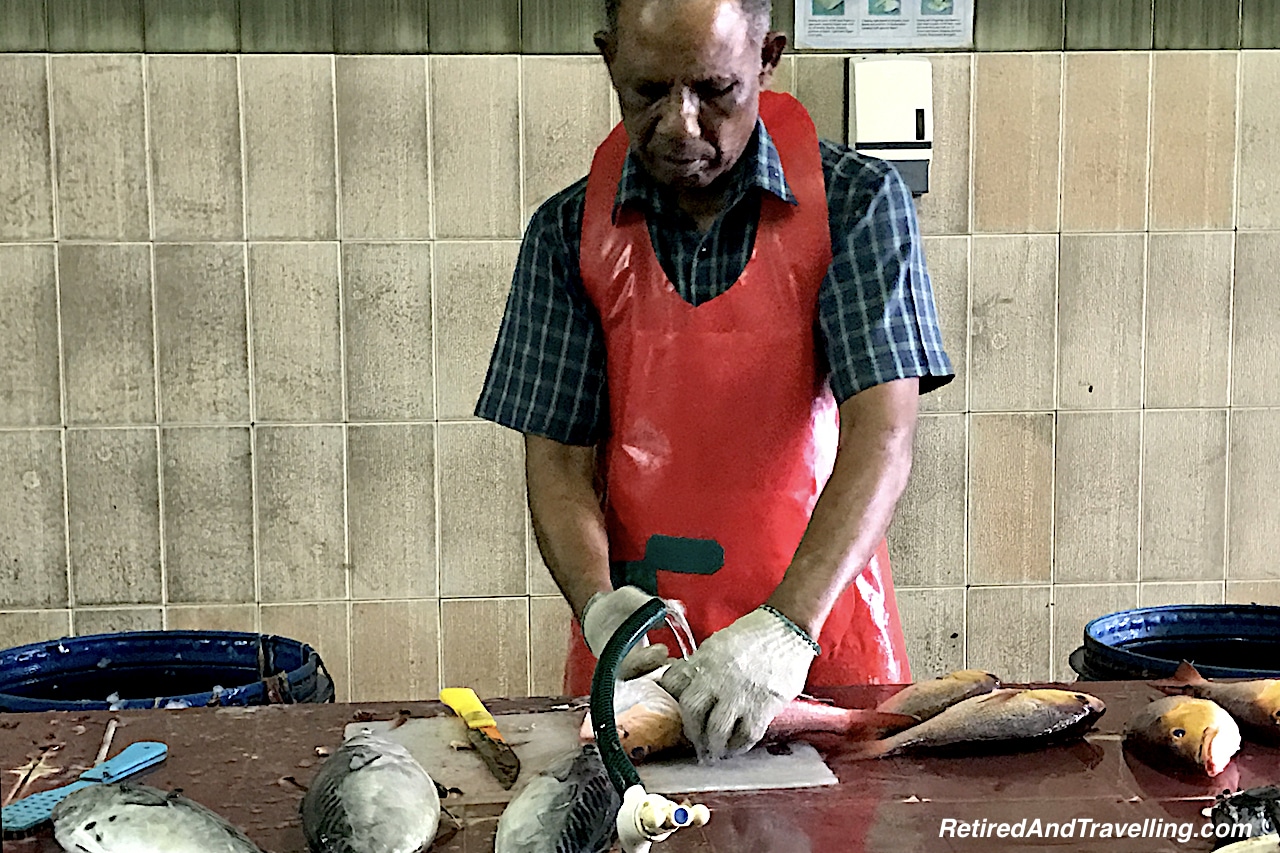 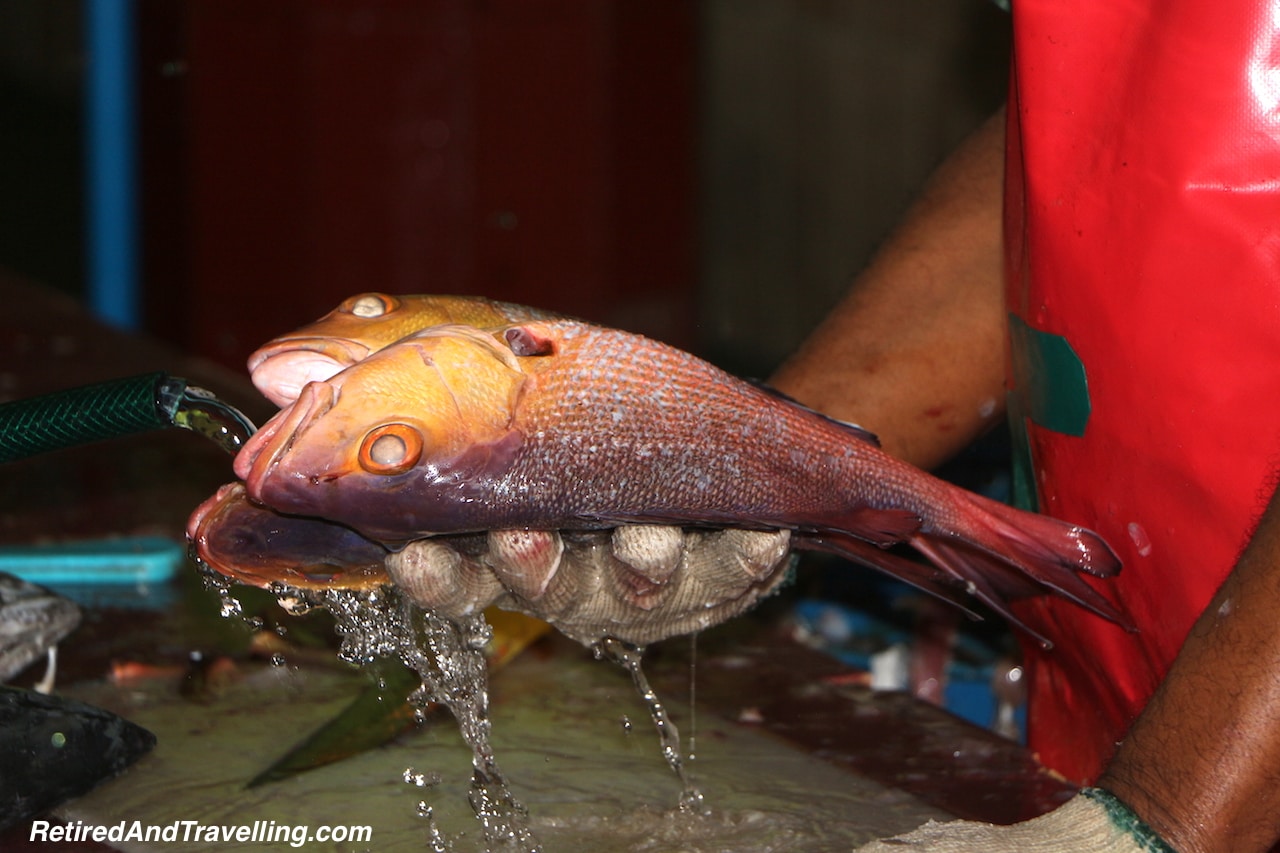 Wandering around the local market, we stopped regularly to sample local fare. 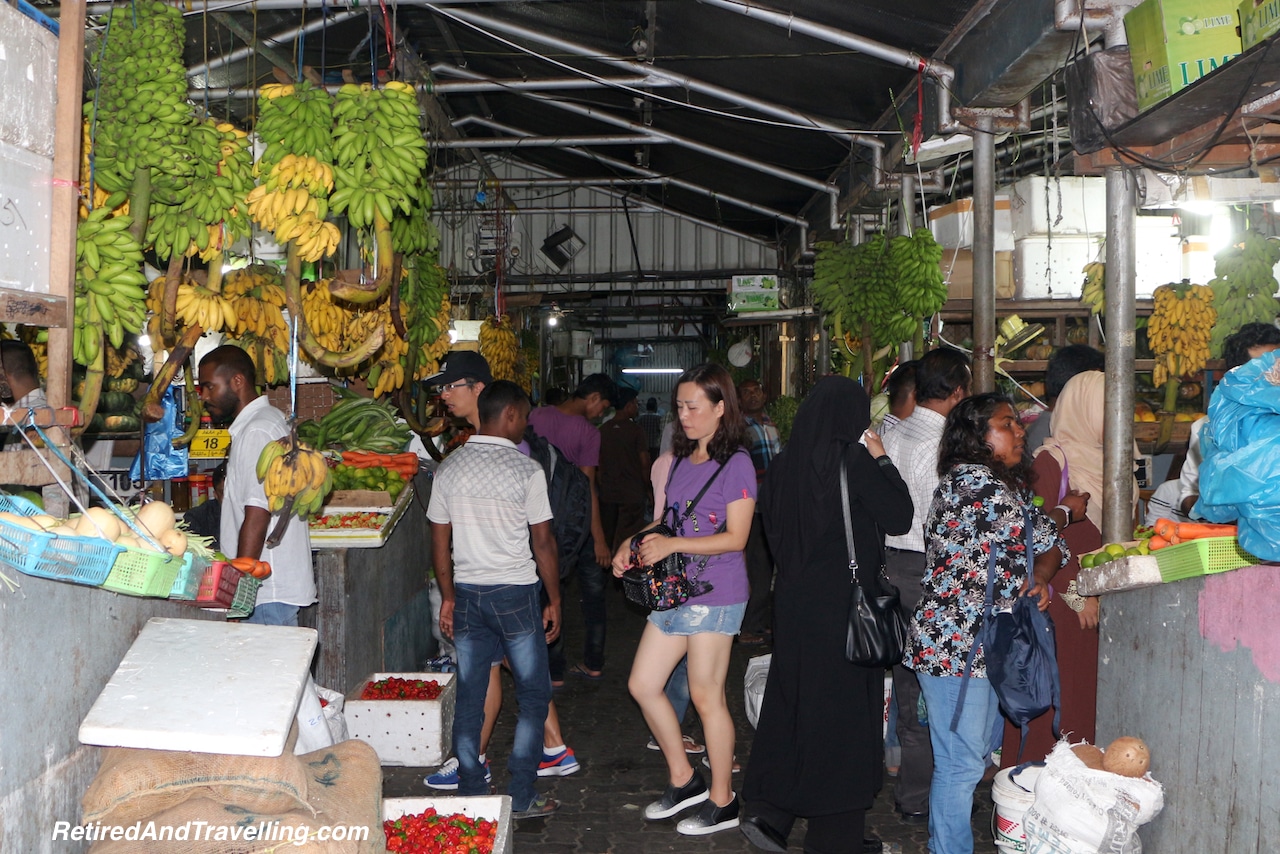 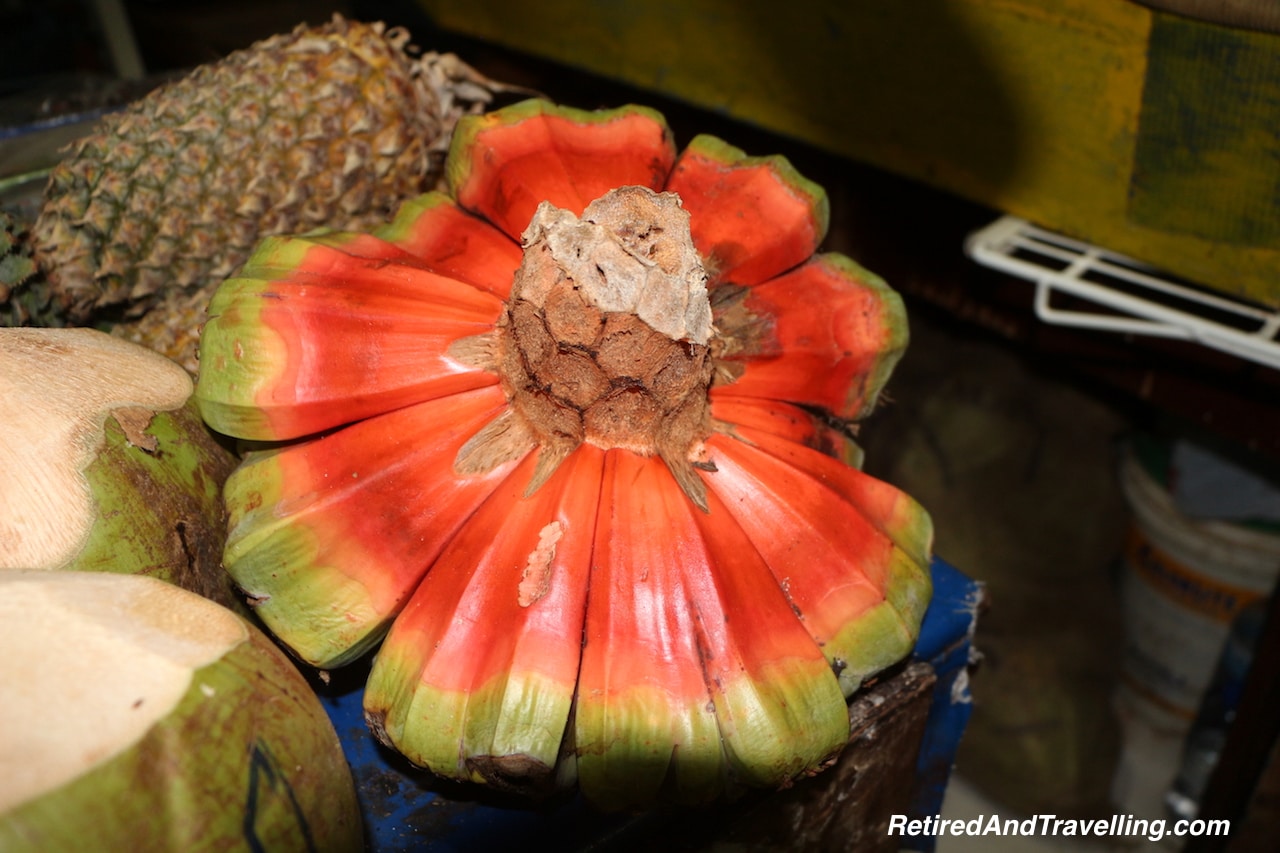 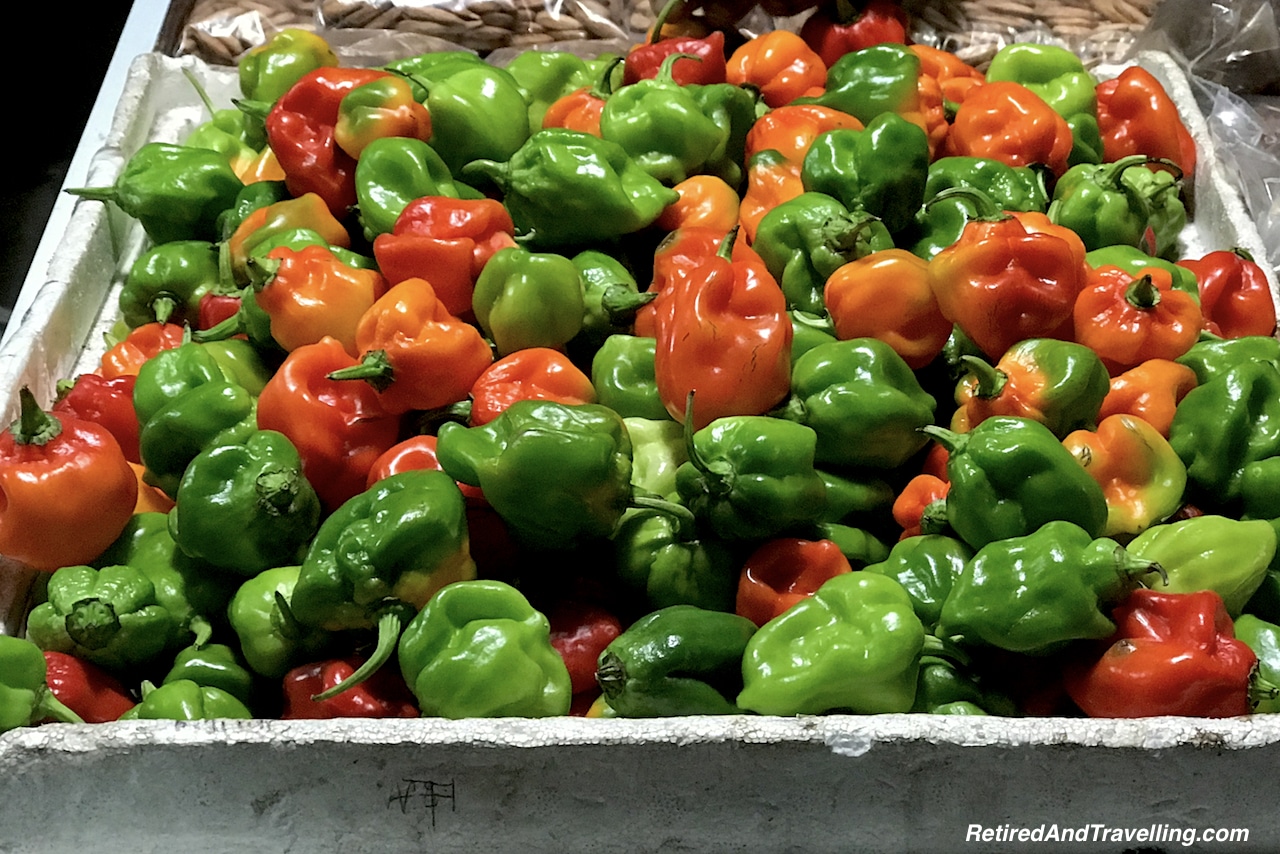 We had a short break for a late local afternoon tea. It is not the fancy confectionary delight that we had explored many times for afternoon tea! It was meant as a quick energy booster before the late evening meal. David and I picked our way through the plate trying to find the ones with no hot spices. Greg was much more adventurous and paid for it as sweat dripped off his face. We stayed with the sweet ones that looked like mini french toast. 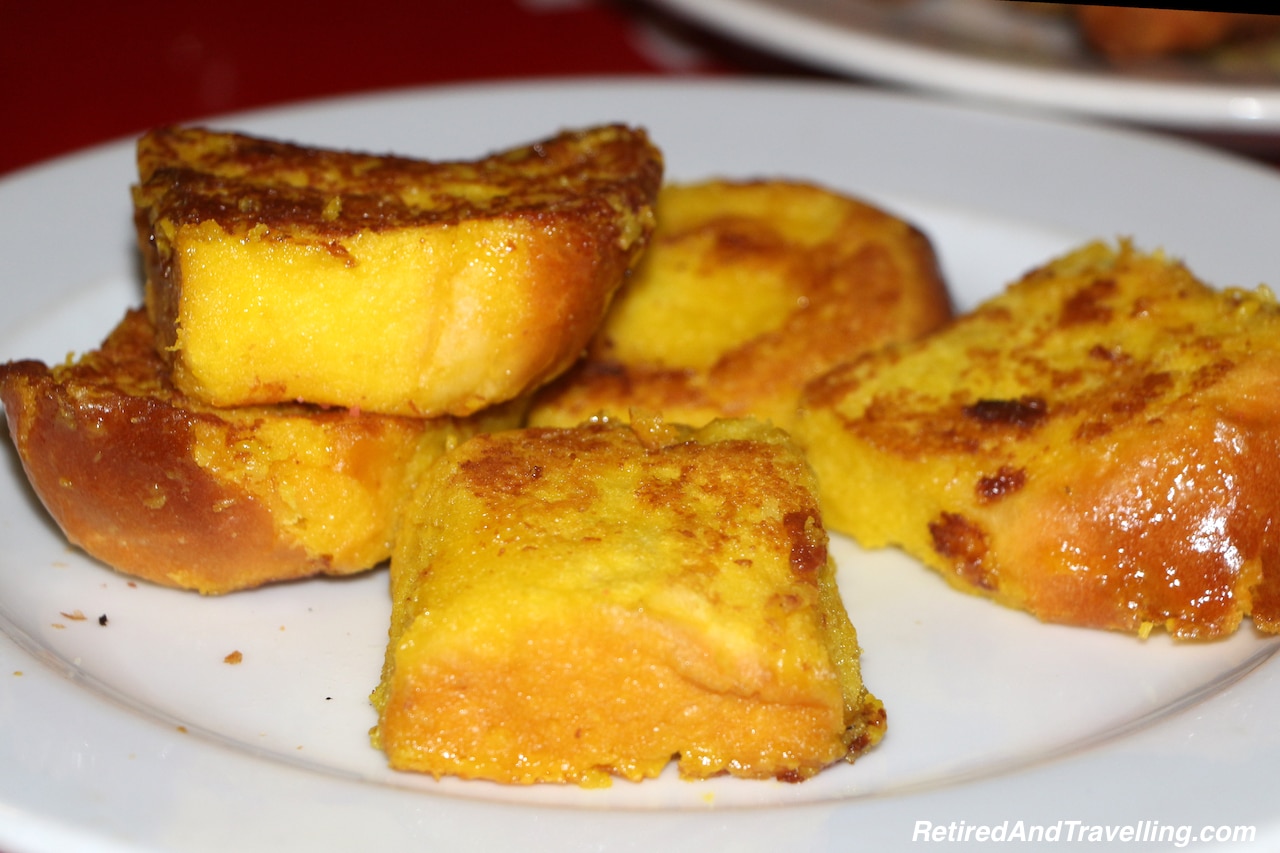 Refreshed and ready to walk again, we headed back into the town as the sun started to set.

After dark, the town sites provided a different perspective as they were lit up. The large mosque in the centre of town provided the backdrop for a great new moon. The November 3rd memorial represented a tribute to the people who died in a terrorist attack in 1988. The President’s official residence was colourfully lit. 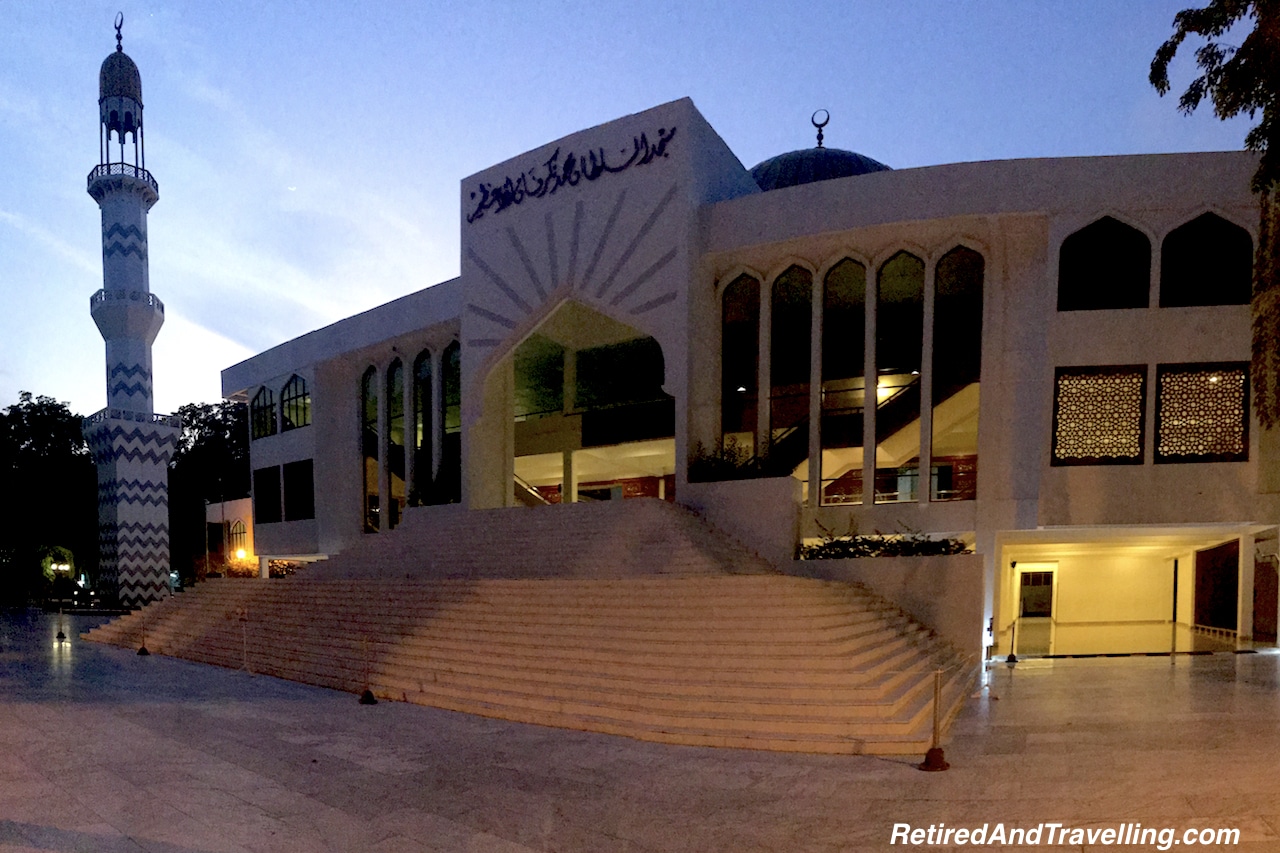 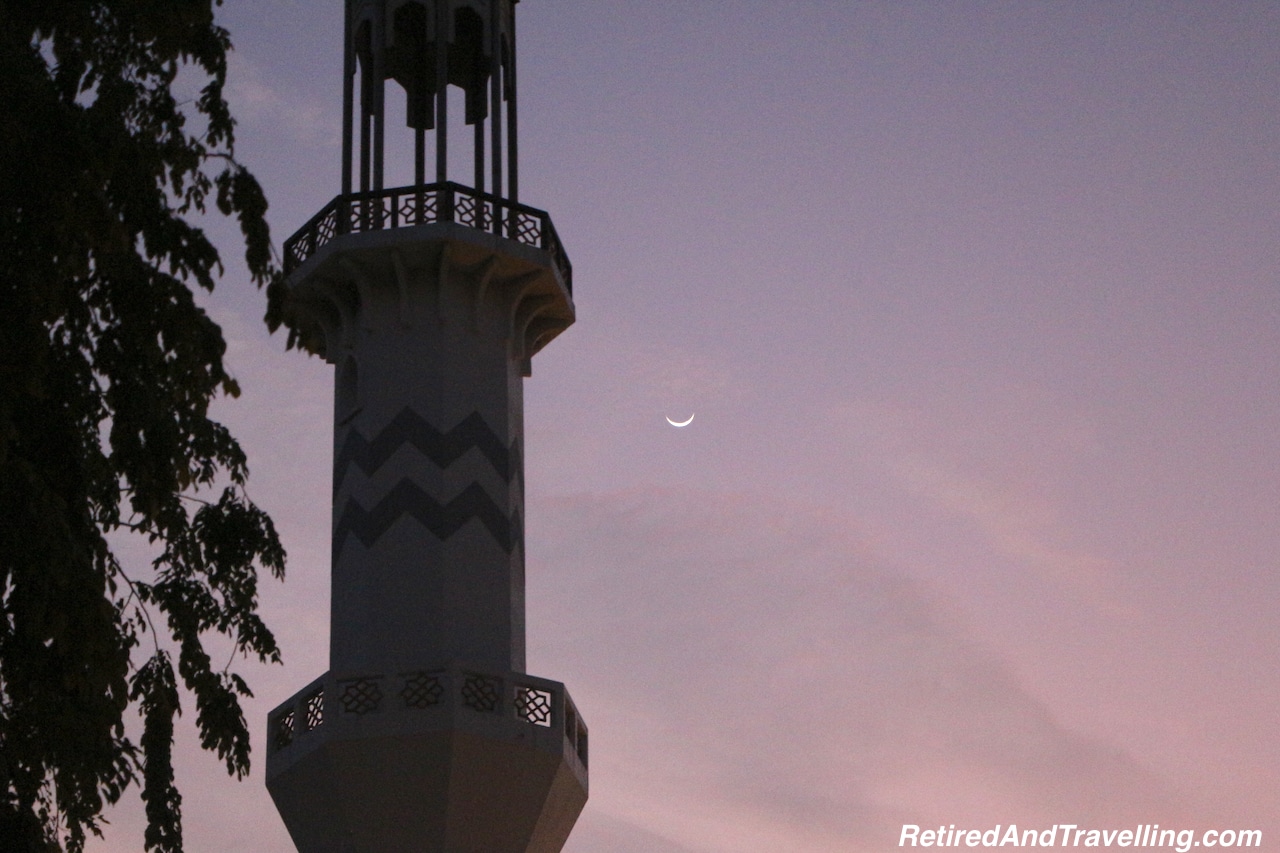 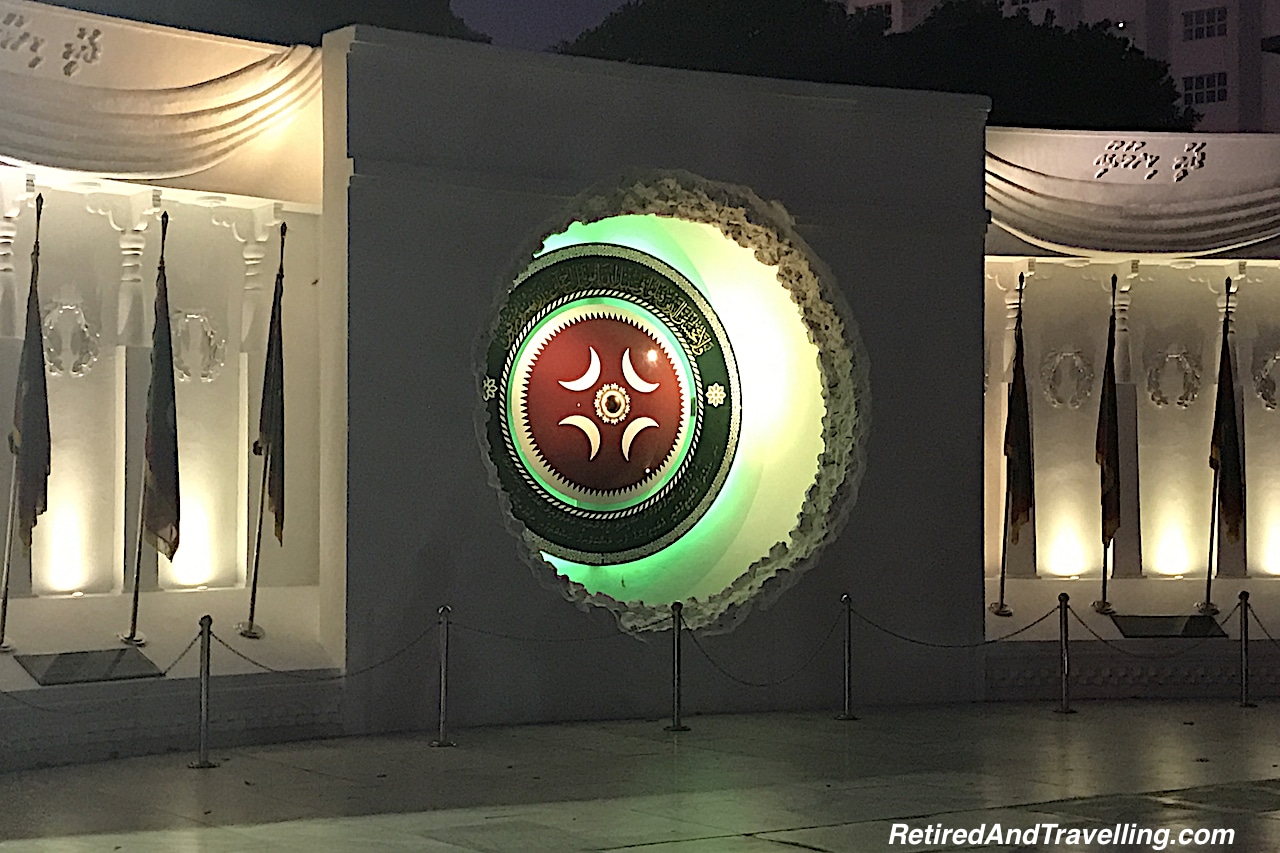 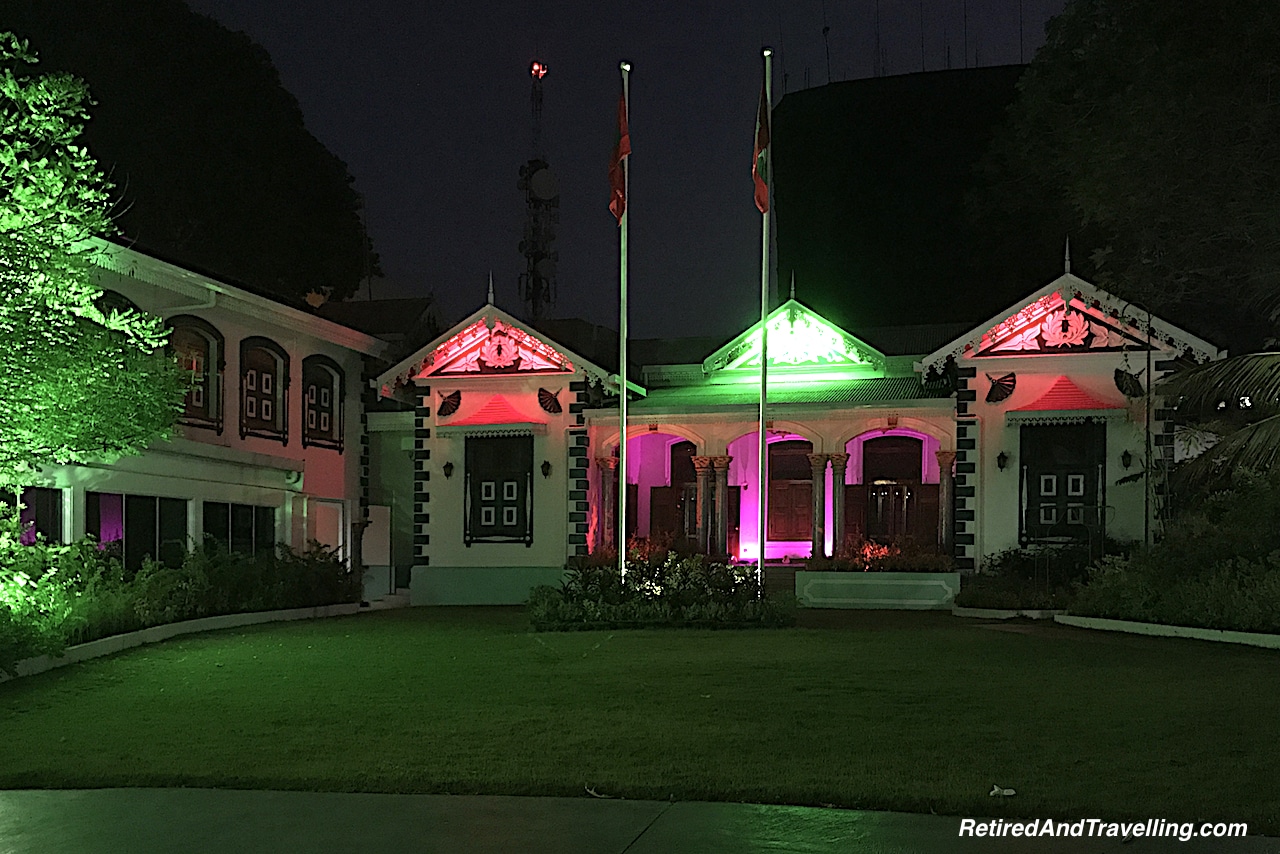 We stopped at the Friday Mosque, the oldest mosque in the country (built in 1656). In the daylight, you would see that the coral stone walls of the mosque are decorated with elaborate Quranic script. The mosque is not generally open to the public. Outside of the gate you can see the squat blue and white minaret. Behind the gate we saw the cemetery. Tombstones with rounded tops are for females, pointy tops are for males and decorative gold-plated lettering identify the graves of former sultans. Family mausoleums are at the back. 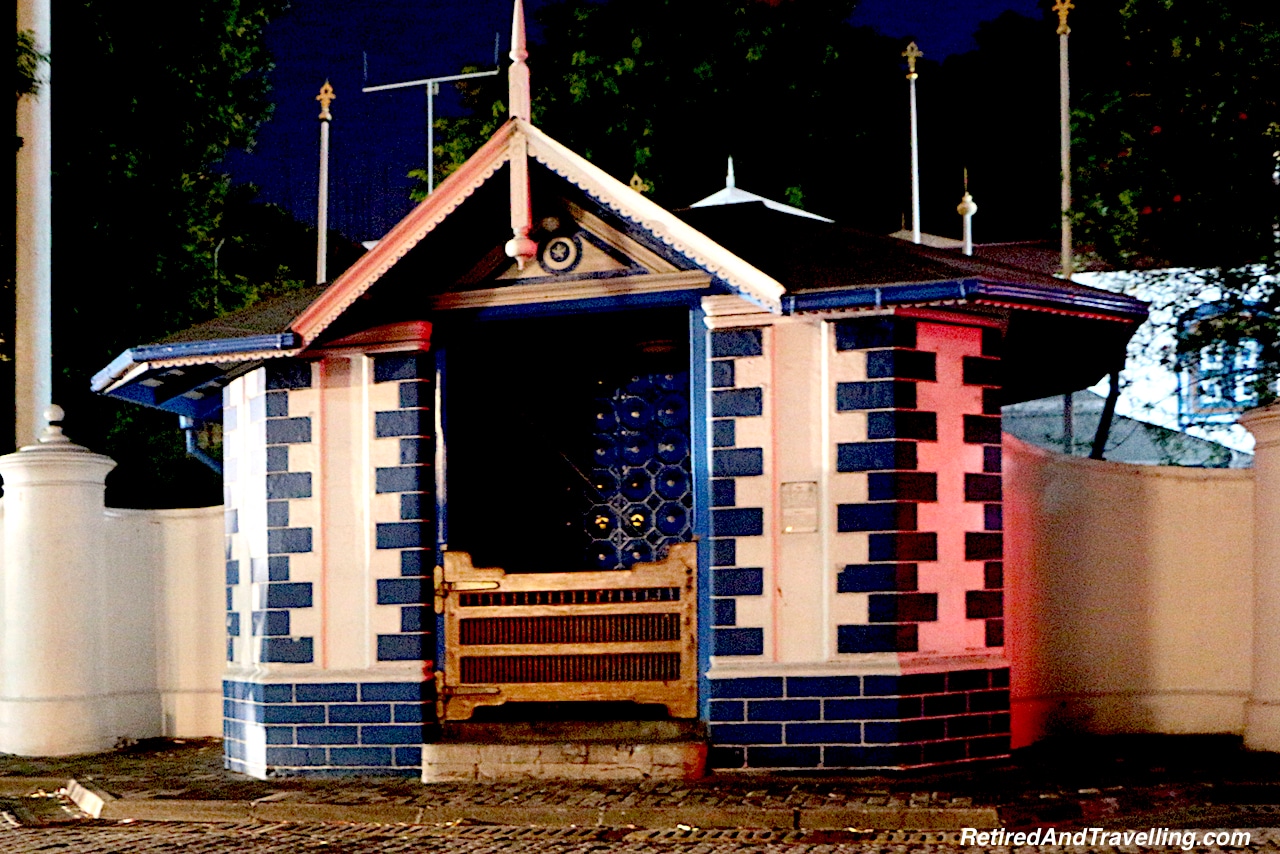 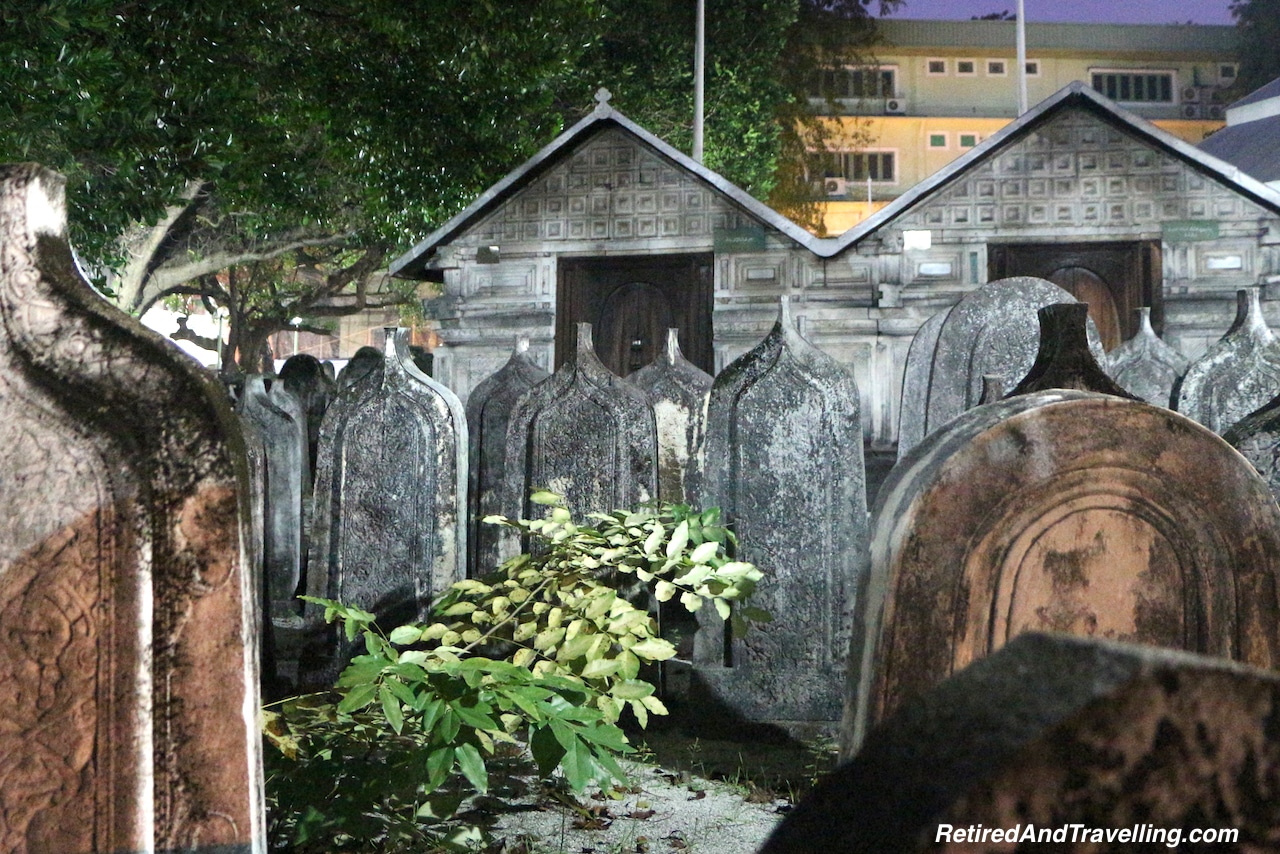 When we could no longer walk, we headed back to the ship. We wanted to get the most out of our 24 hours in the Maldives. That meant being up early for the morning adventure to go snorkelling in the Maldives.

24 Hours In The Maldives Left Us Wanting More

24 hours in the Maldives left us wanting more. We had seen pretty much all there was to see in the Male area, so we now knew we did not need to plan a long stay on this main island. It was great that we managed to try snorkelling in the Maldives. On a return visit we would be island hopping and maybe even consider a live-aboard boat.

After we celebrated crossing the equator at sea, we would head to the Seychelles islands next.  Yet one more of our dream destinations to explore!