We enjoyed a magical day when we visited Mont St Michel in France. That was a slow disembarkation day as we tendered from the ship to shore. But in Brest we were once again docked in the commercial port. Beside us we saw a most ugly collection of tanker buildings and commercial ships. 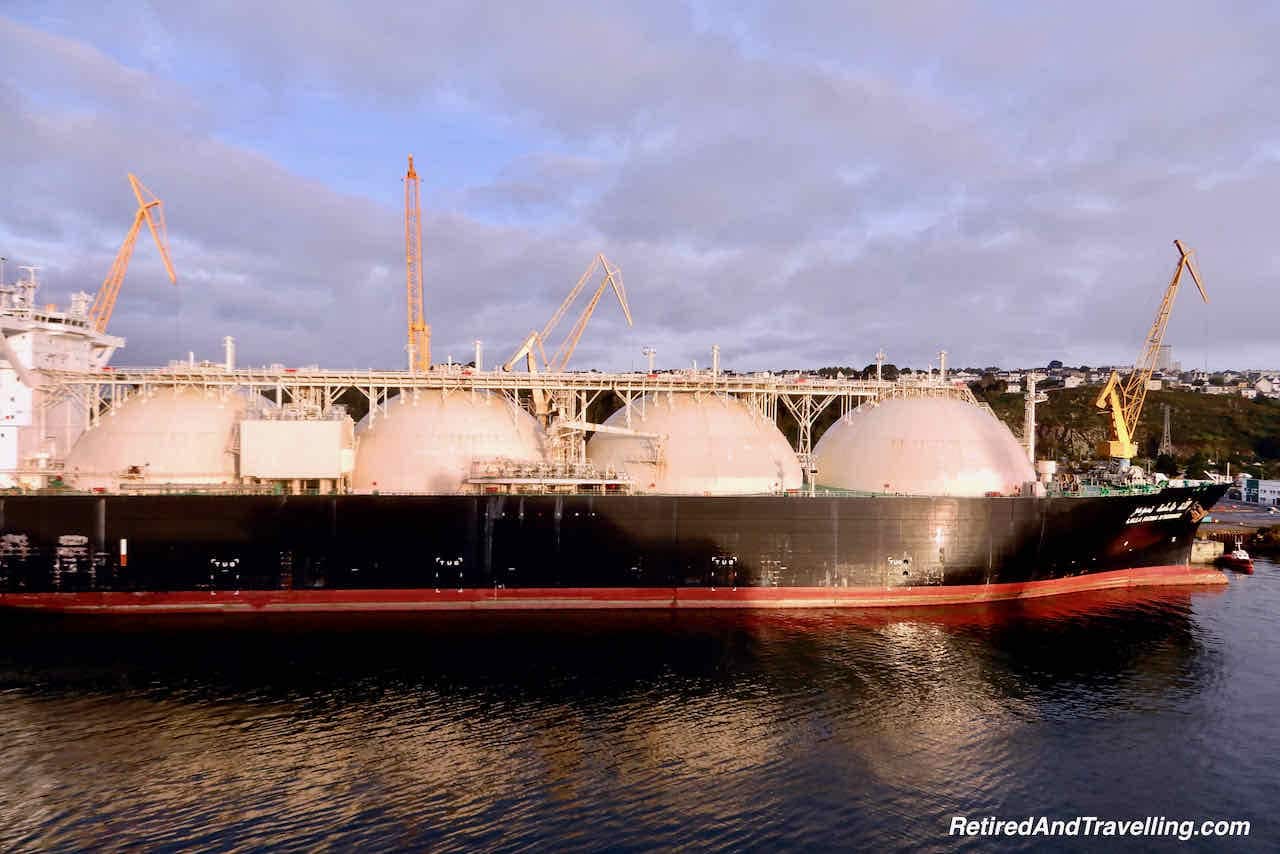 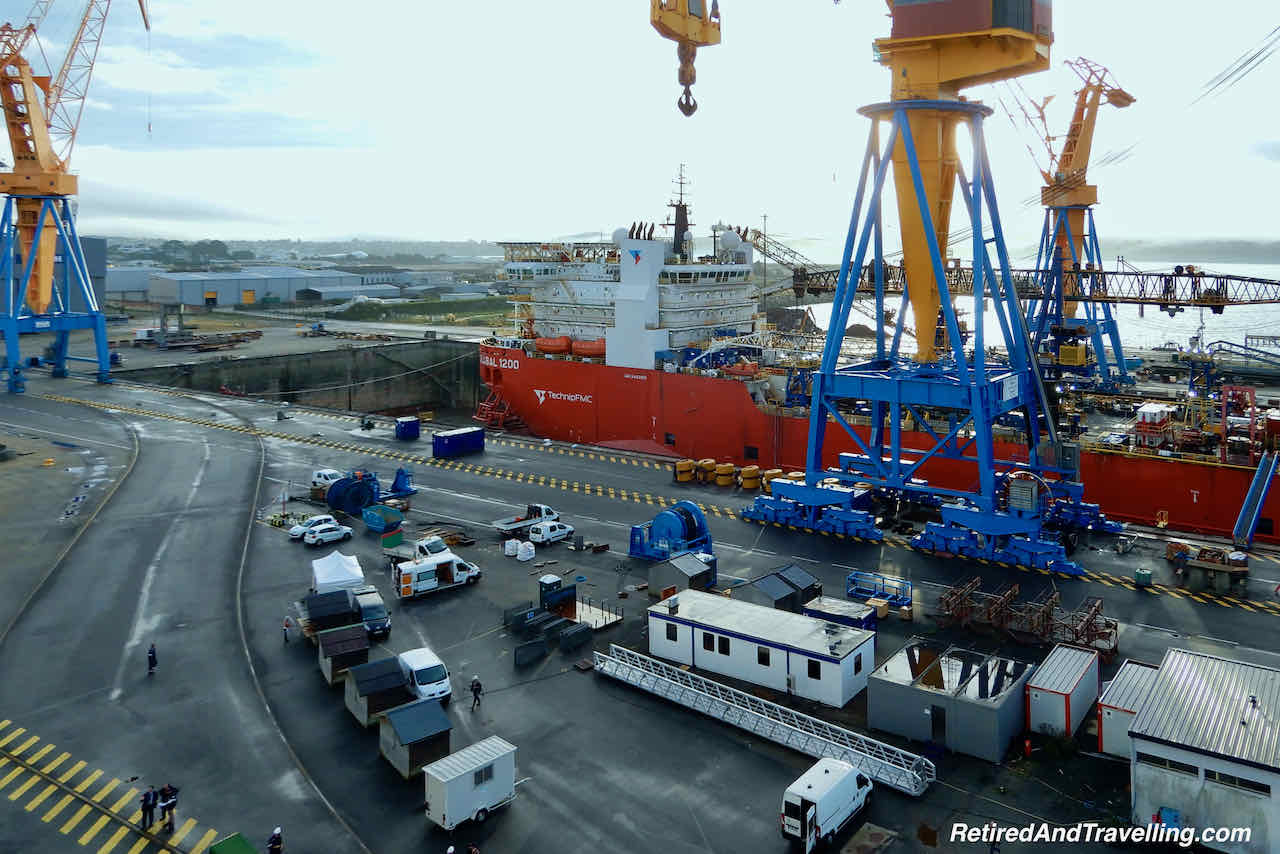 The port security did not allow anyone to walk off the ship. So we waited for the Oceania Cruises shuttle to go into town and explored a few things to do in Brest.

It appeared that most people had no booked tours in this port. So the shuttle buses ran full most of the day. Our shuttle had 3 different stops. We got off in the central part of town. After we walked and saw a few things in Brest, we got back on the shuttle by the castle.

The Centre Of Town At Liberté Square

The bus stop in town was right in the main square of Brest at Liberté Square. On one side of the road we saw administrative buildings and on the other there was a large stone pillar with the town name. 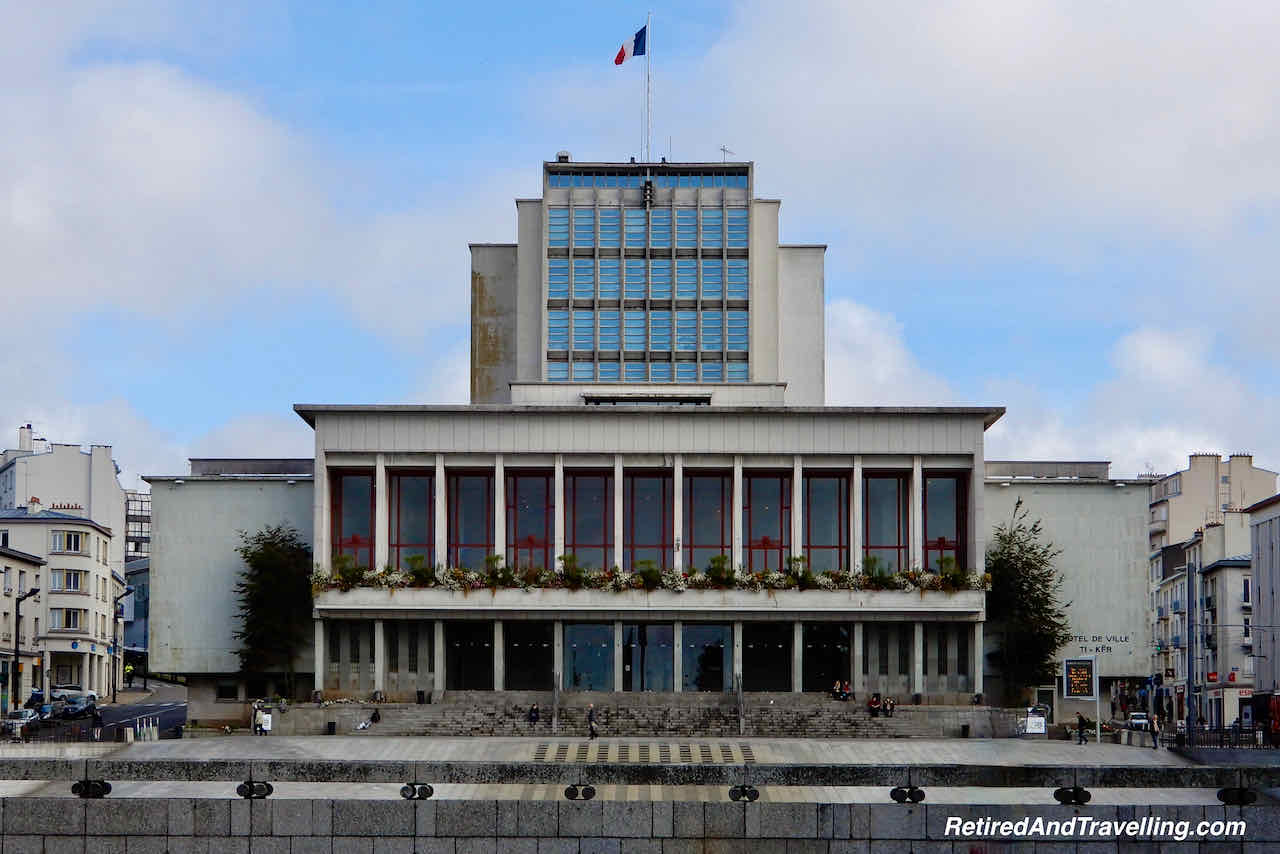 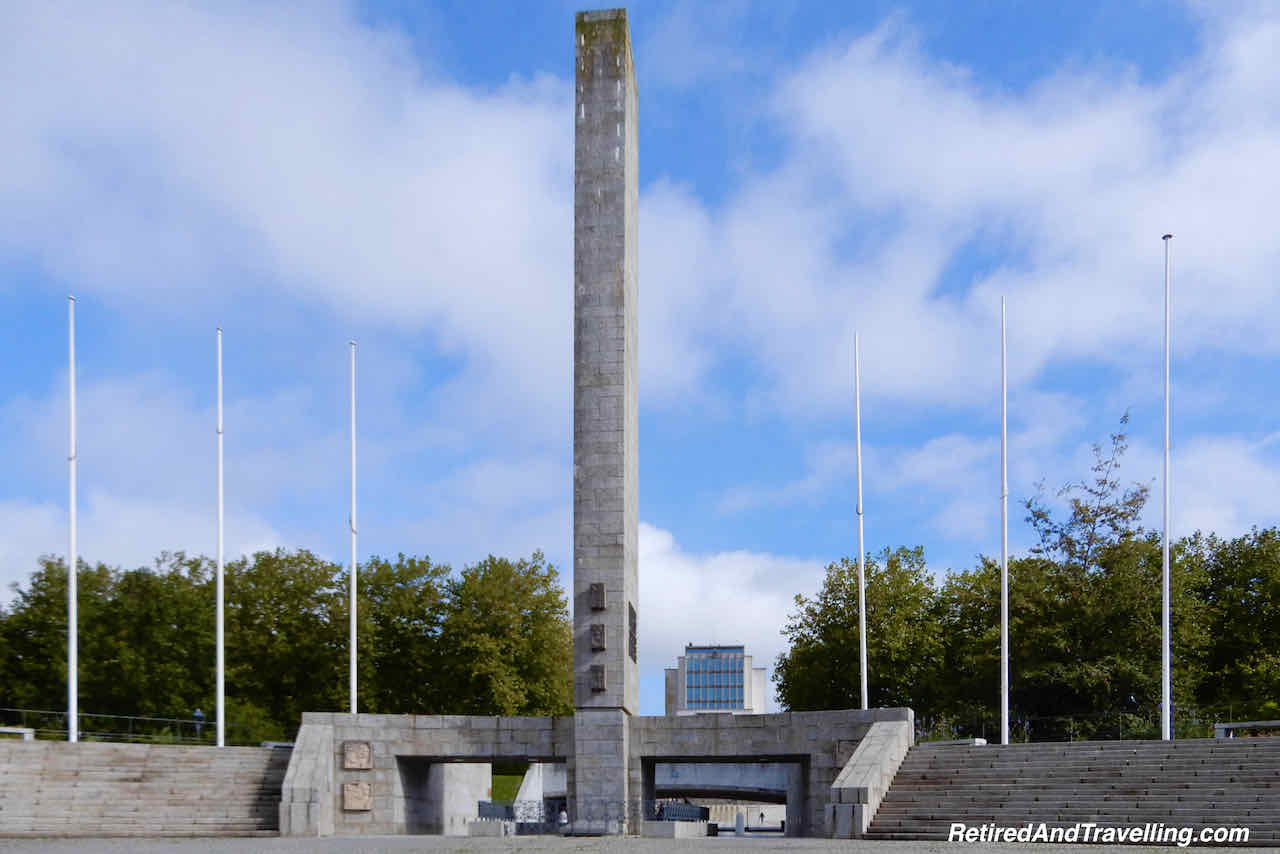 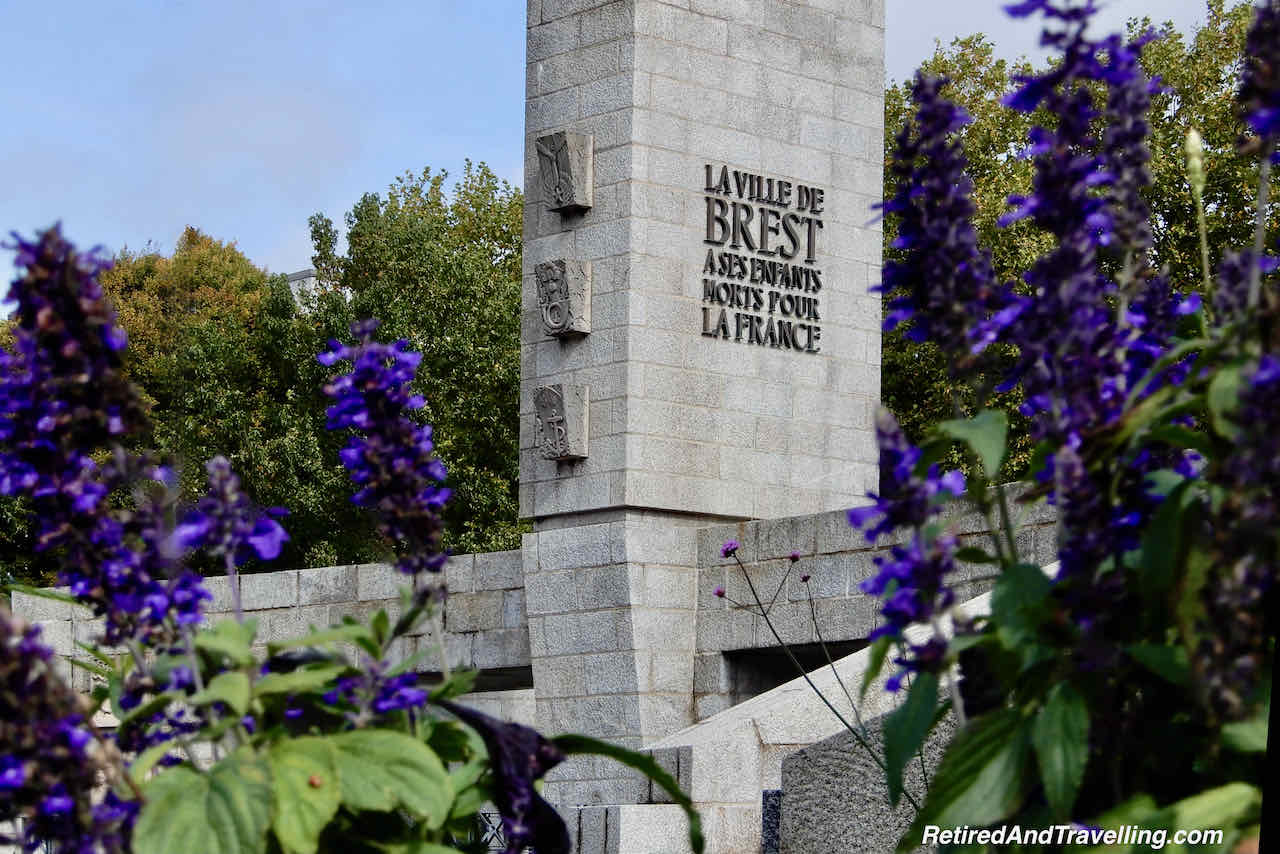 We followed the tram path downhill along Siam Street. We could have used the tram to get to many spots around town. But it was easy to walk to the few things to do in Brest on our list. 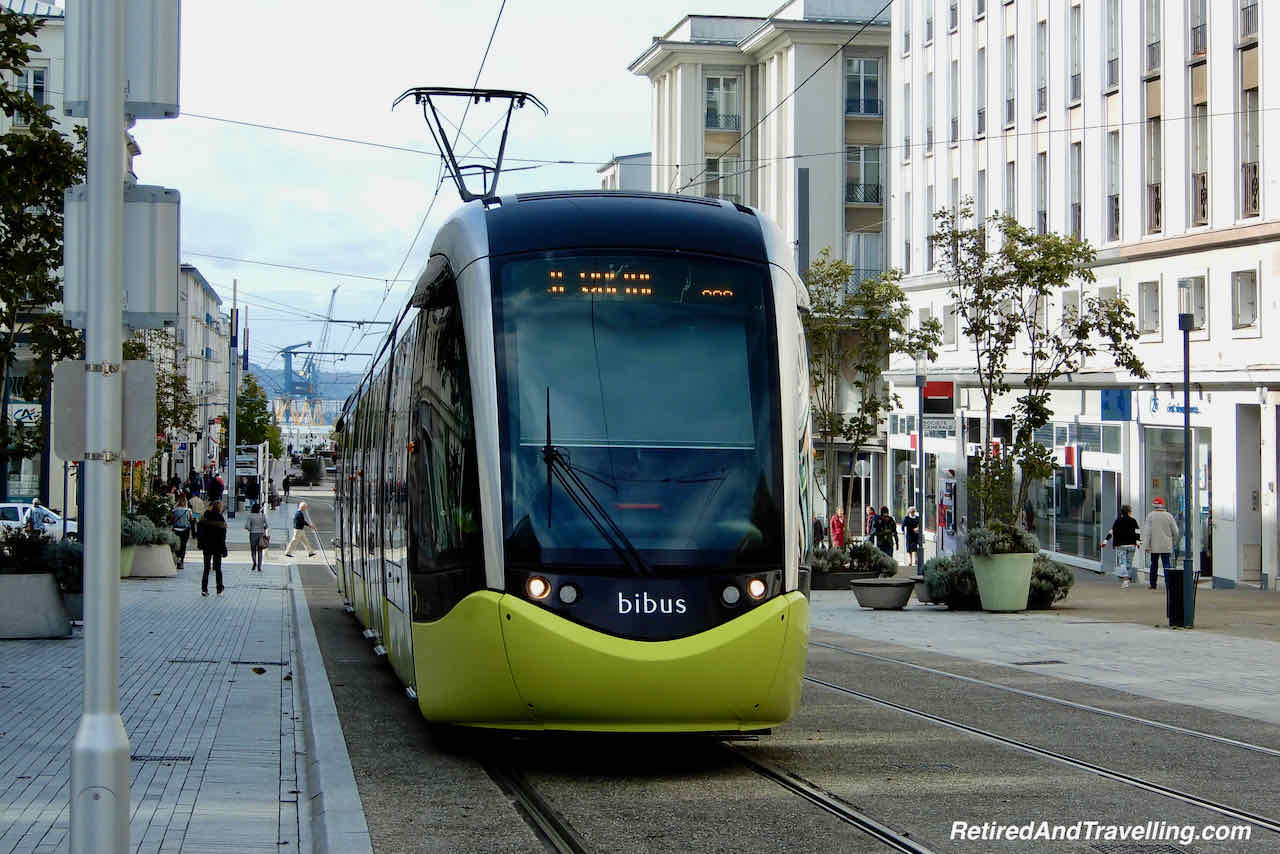 Siam was the shopping street in town. There was a mix of small boutiques and cafes. We saw a few pieces of quite abstract street art. It would not be the last we found as we wandered in Brest. 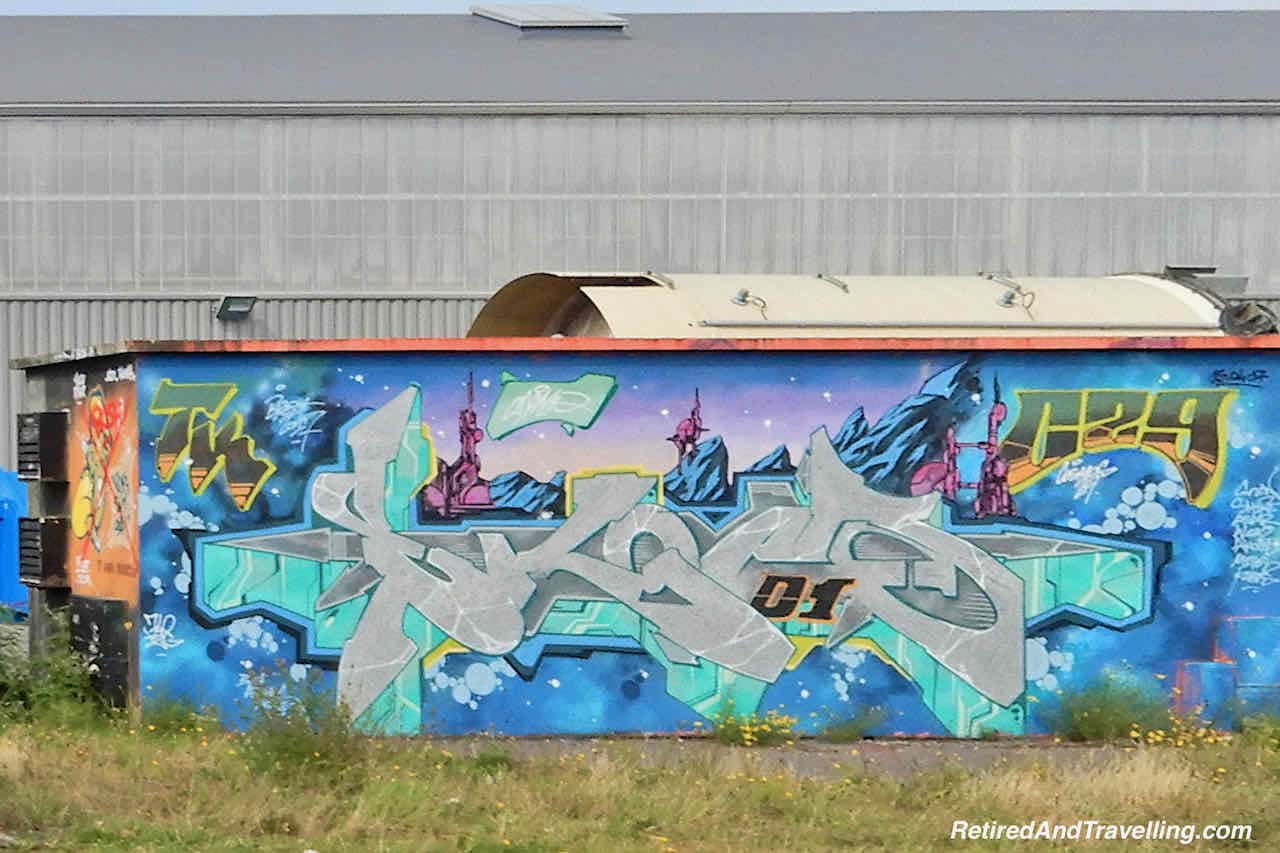 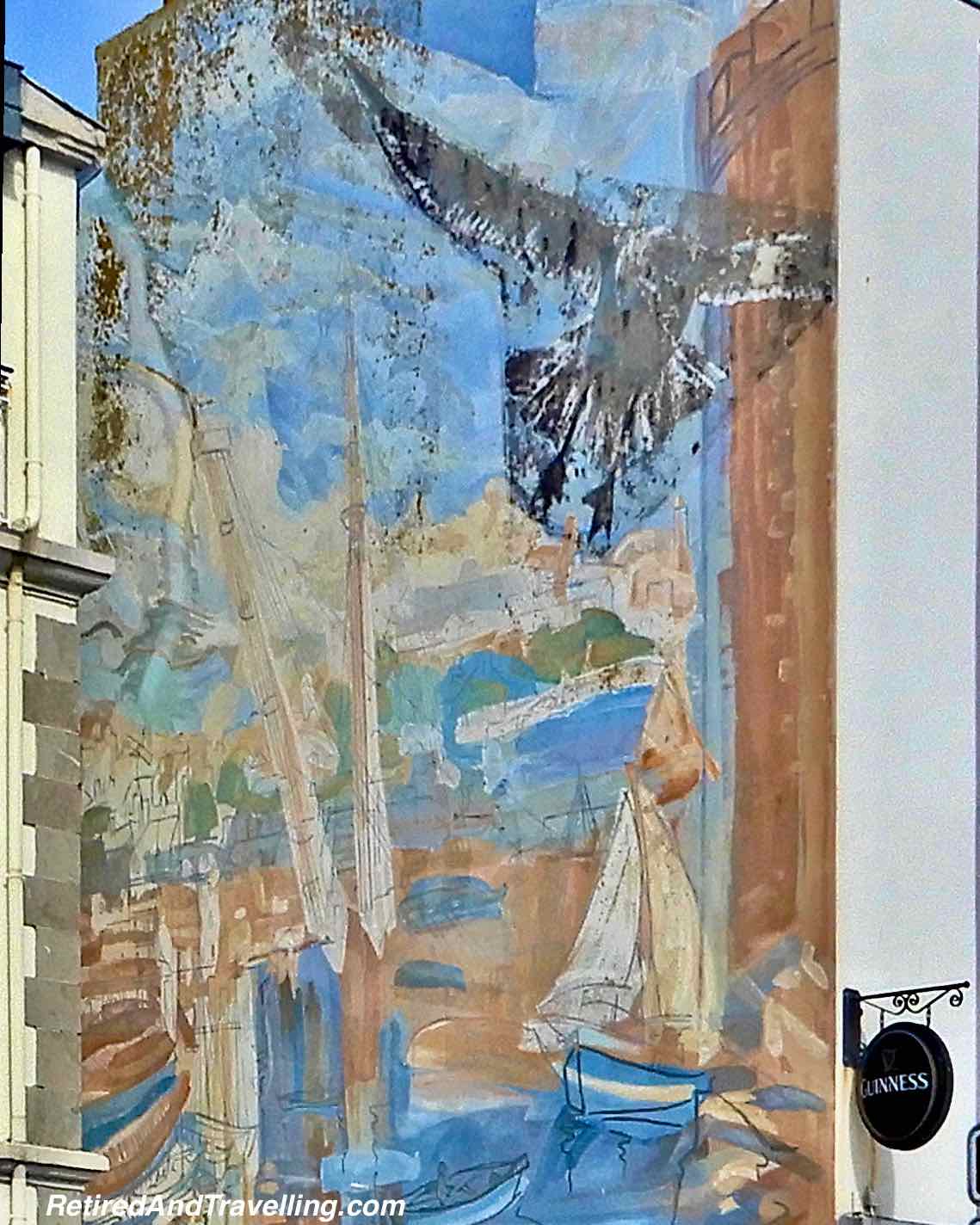 We found a spot to sit and watched the traffic go by. Across the street was the L’Eglise Saint Louis de Brest. This newer church sat on top of an older church. The red doors were meant to symbolize the blood of Brest residents who died during WWII. The doors were submarine-shaped as a tribute to Brest’s maritime history. 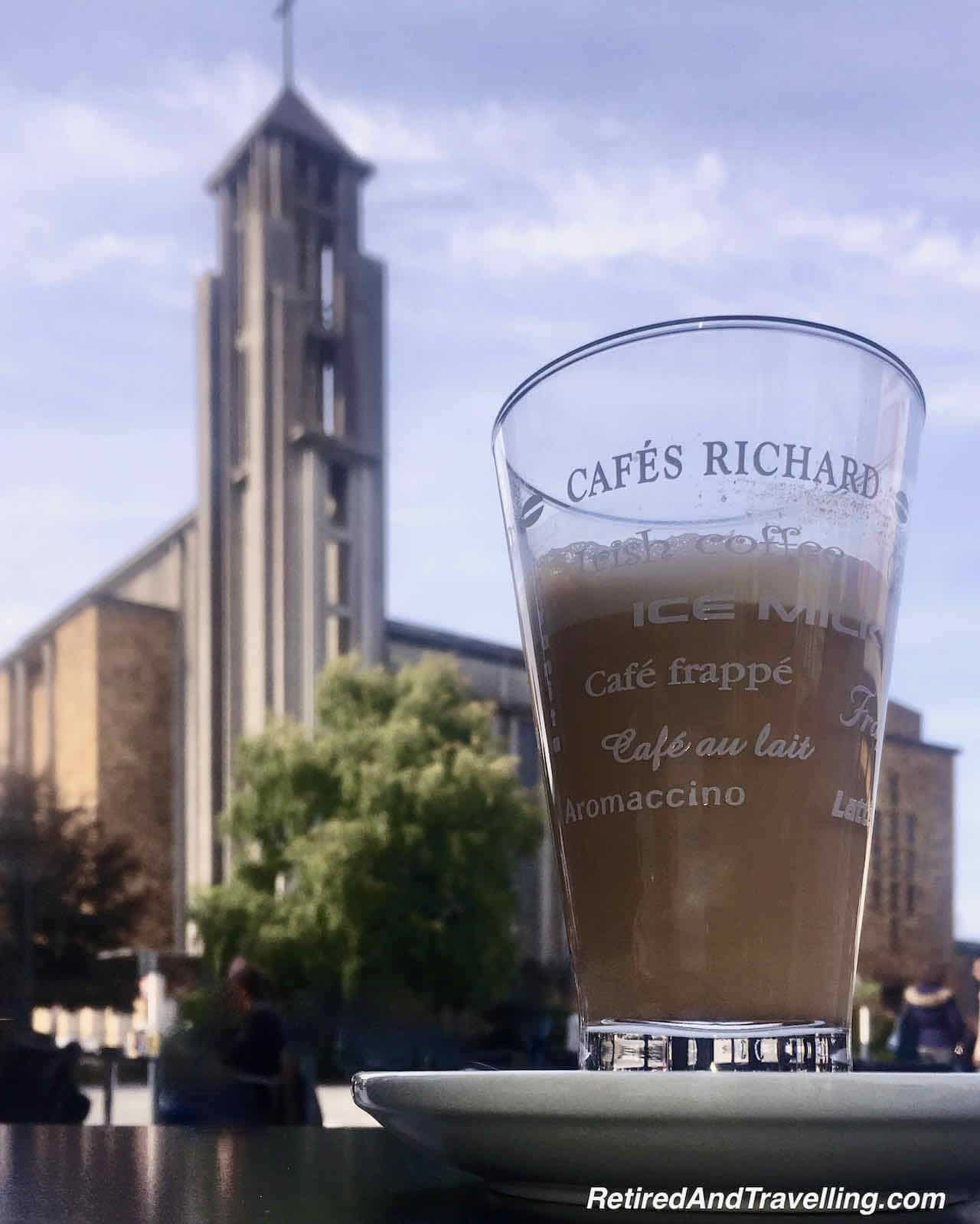 We found the interior design of this church very different from the many churches we saw on our travels along the Baltic coast on this trip. The altar and stained glass looked like modern art. The stained glass windows along the side represented different saints. 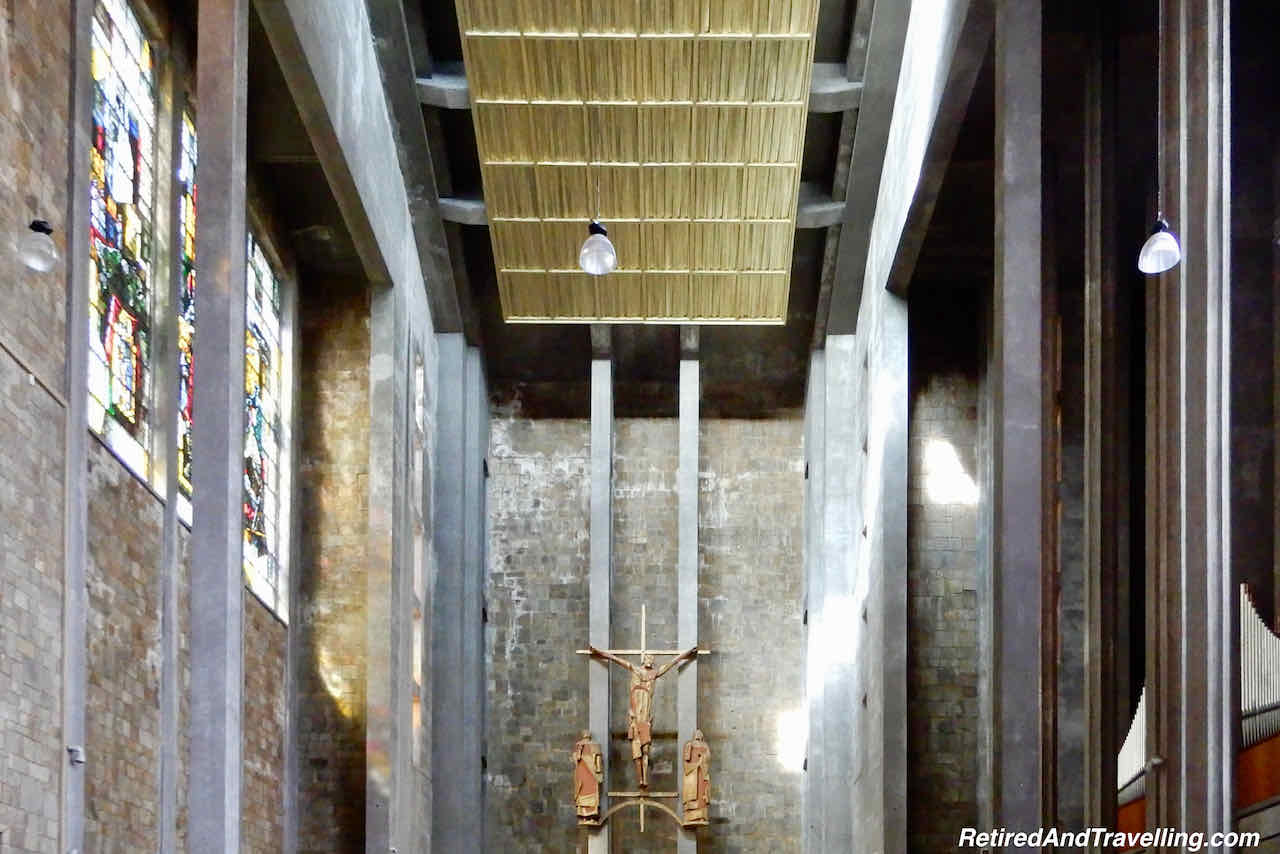 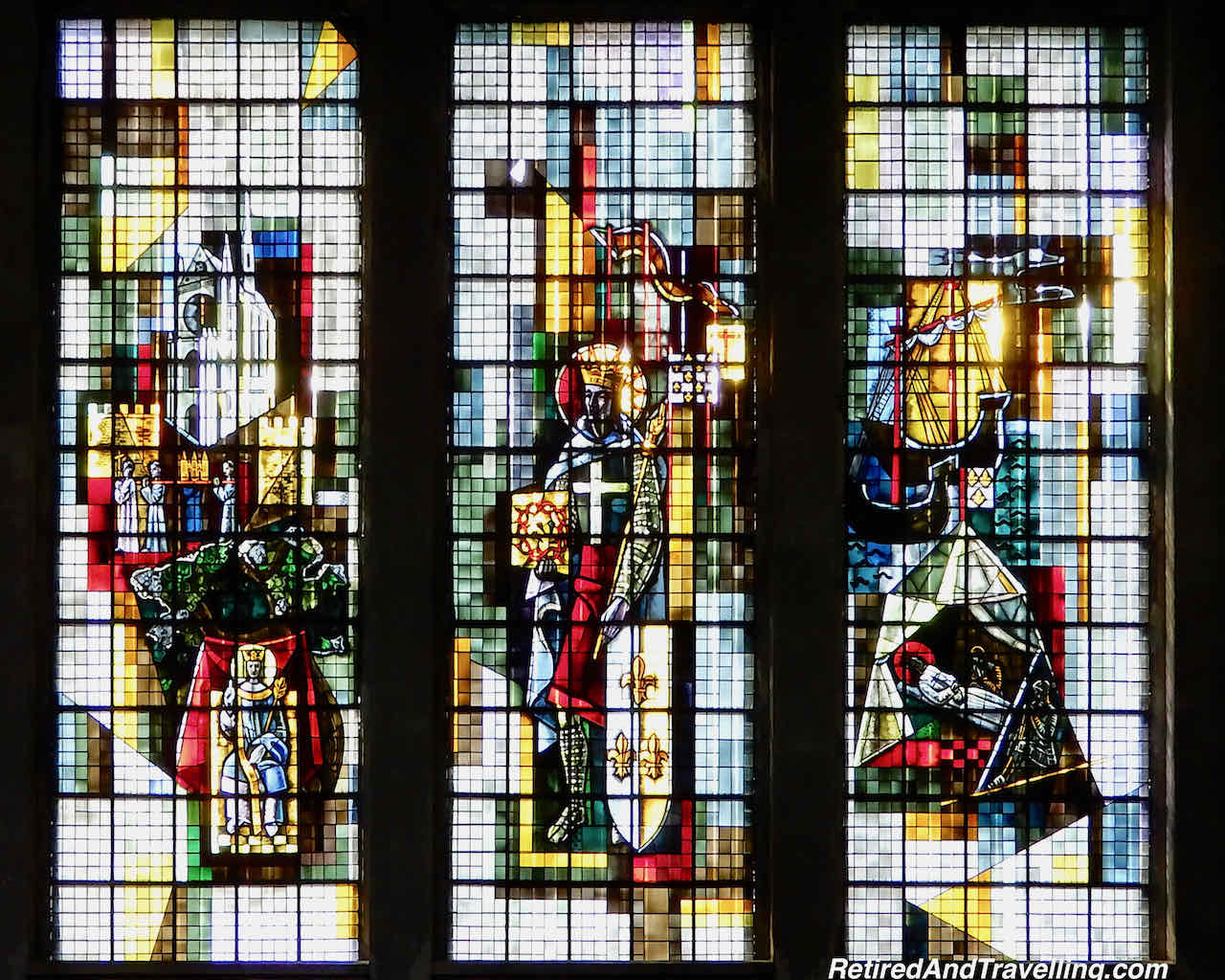 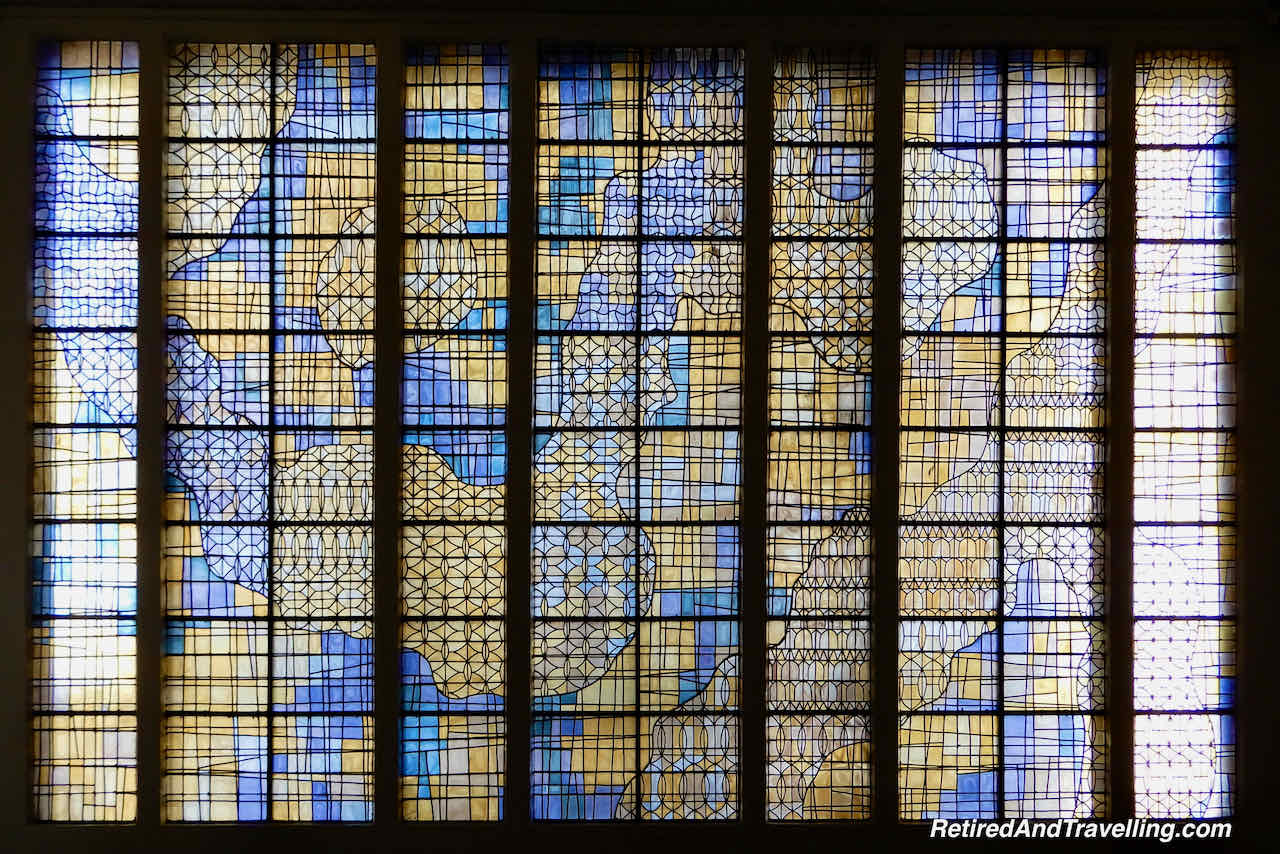 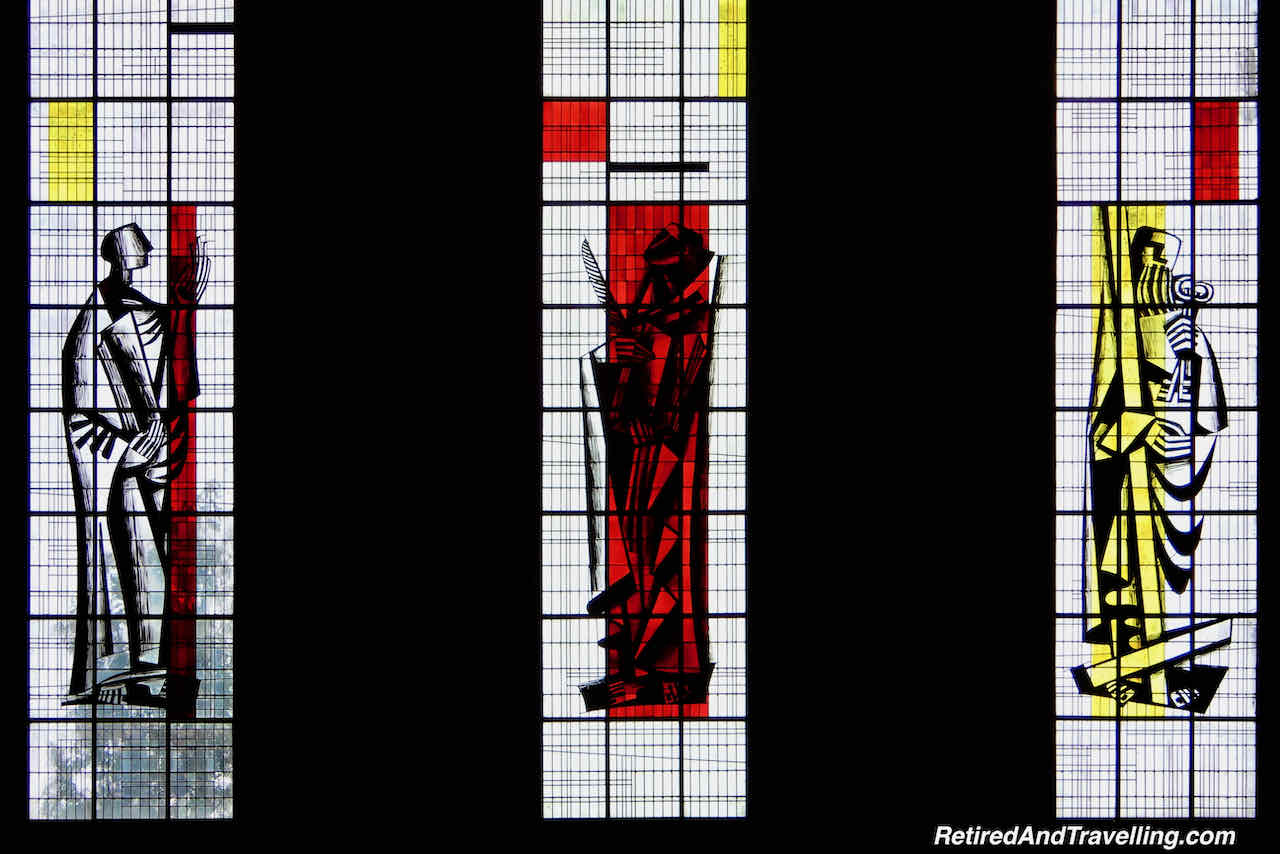 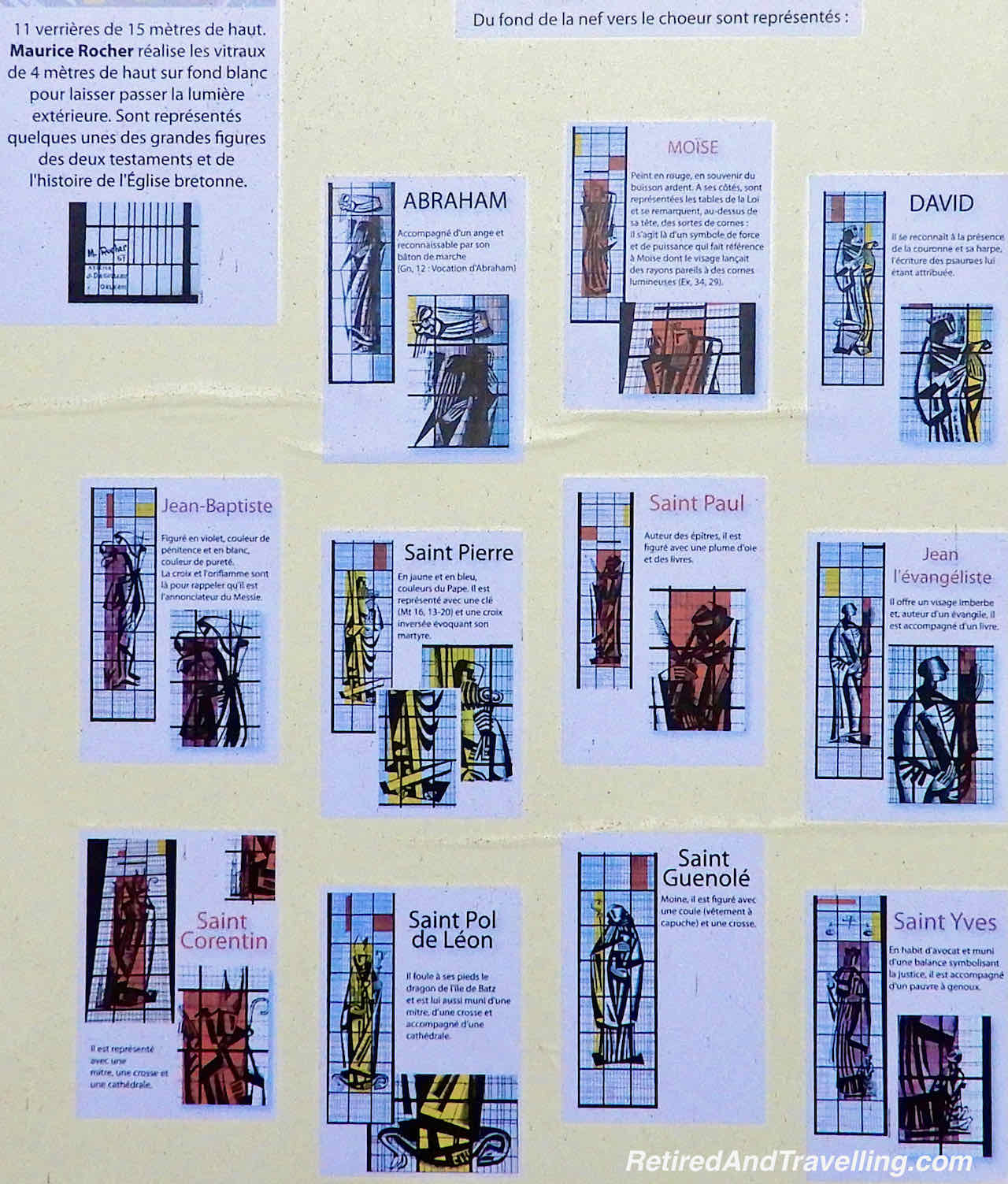 Our visit to the Saint Louis De Brest Church was one of the things to do in Brest that showed more of the modern art and maritime tradition of this city.

We headed next to the Port De Recouvrance. As we neared the La Penfeld River, we stopped and watched a cable car approach at Jean Moulin. There were several bridges that crossed the river. But the cable car looked like much more fun. It ran every 12 minutes and cost 4€ each way. 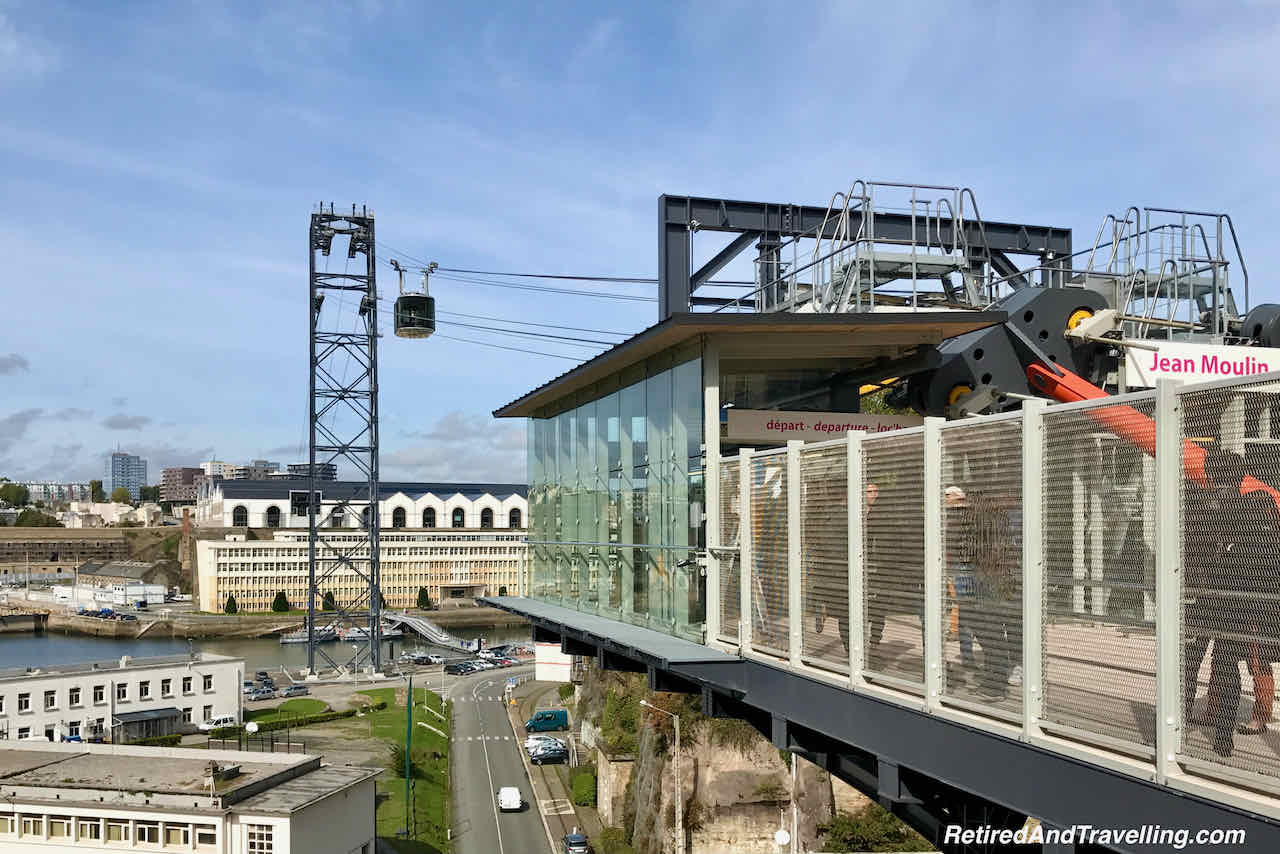 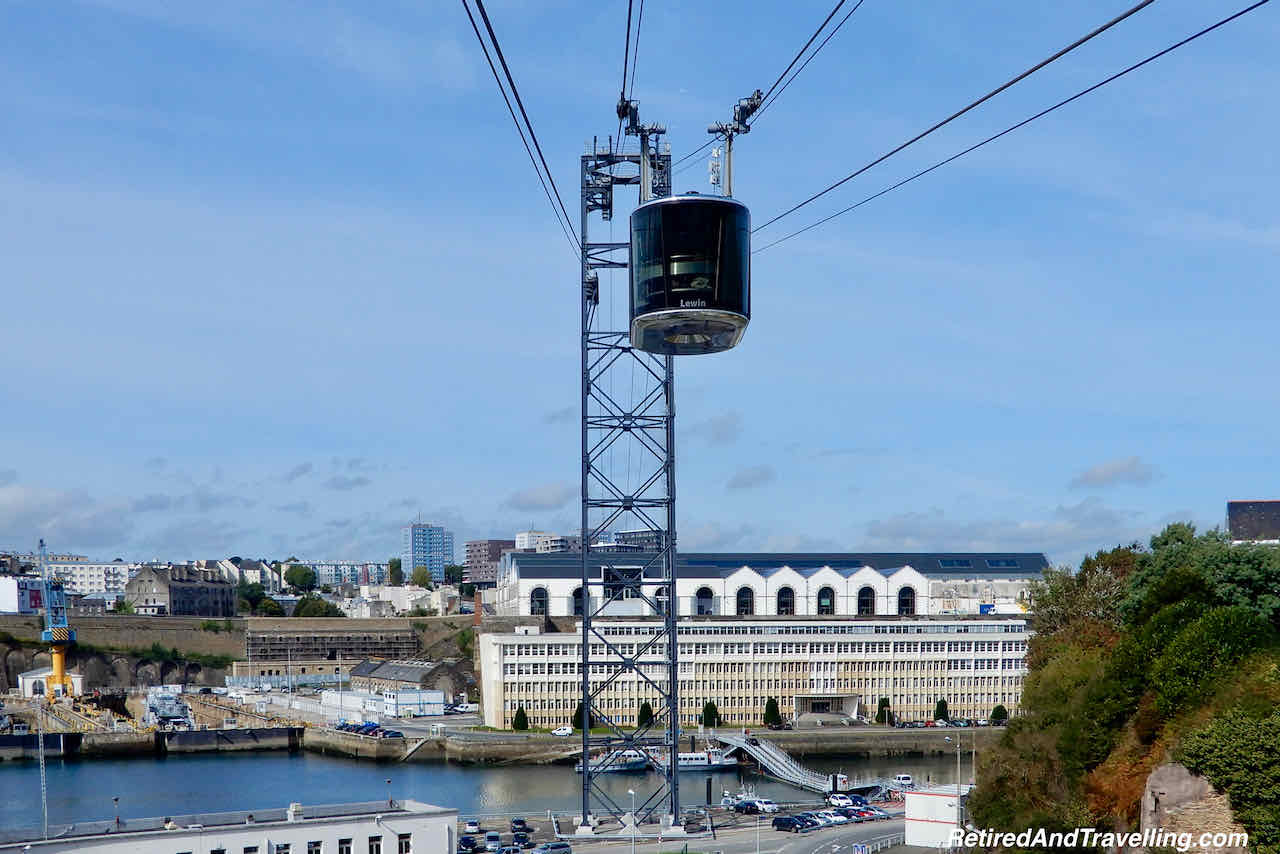 As we walked along the river, we got yet another view of how busy the port at Brest was. This was the second largest military port in France after Toulon. We saw many Navy ships in the water and one in dry dock. 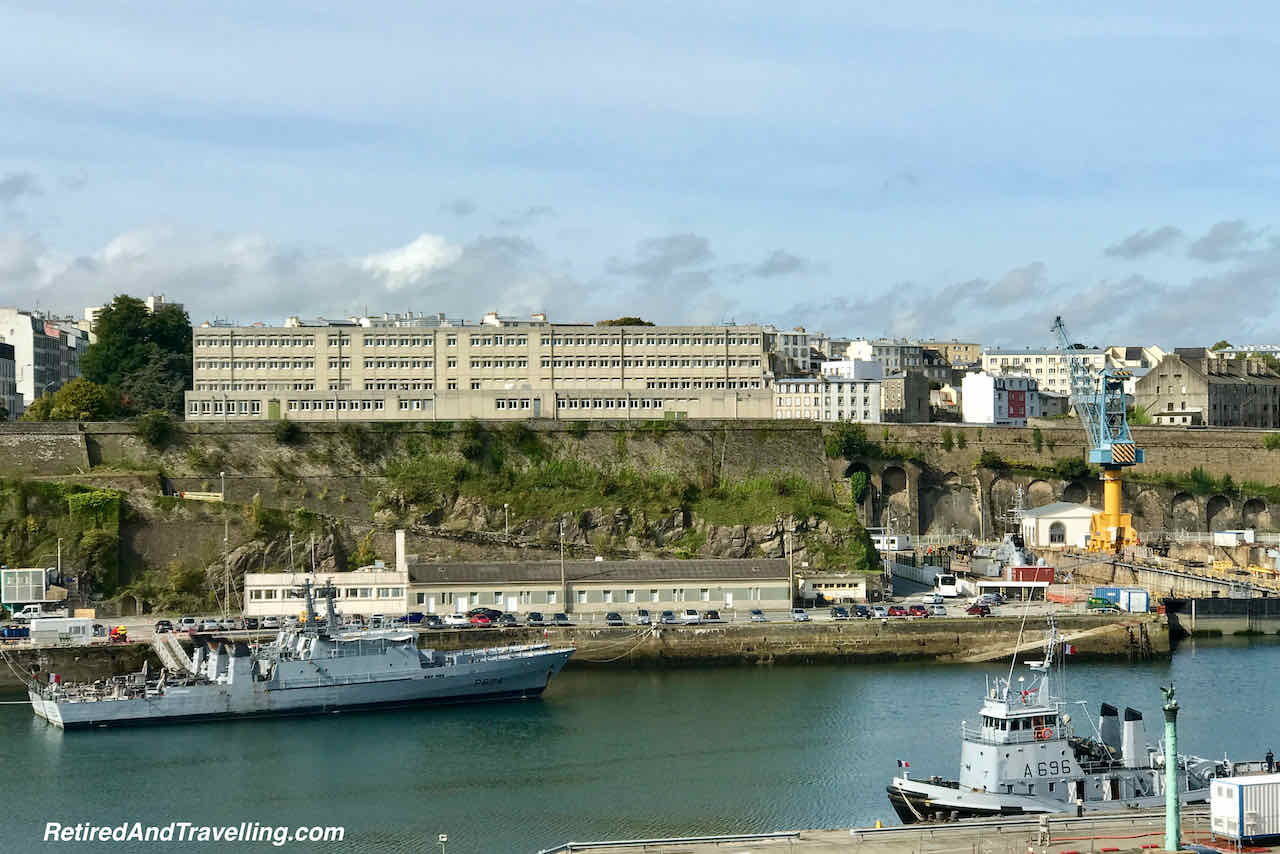 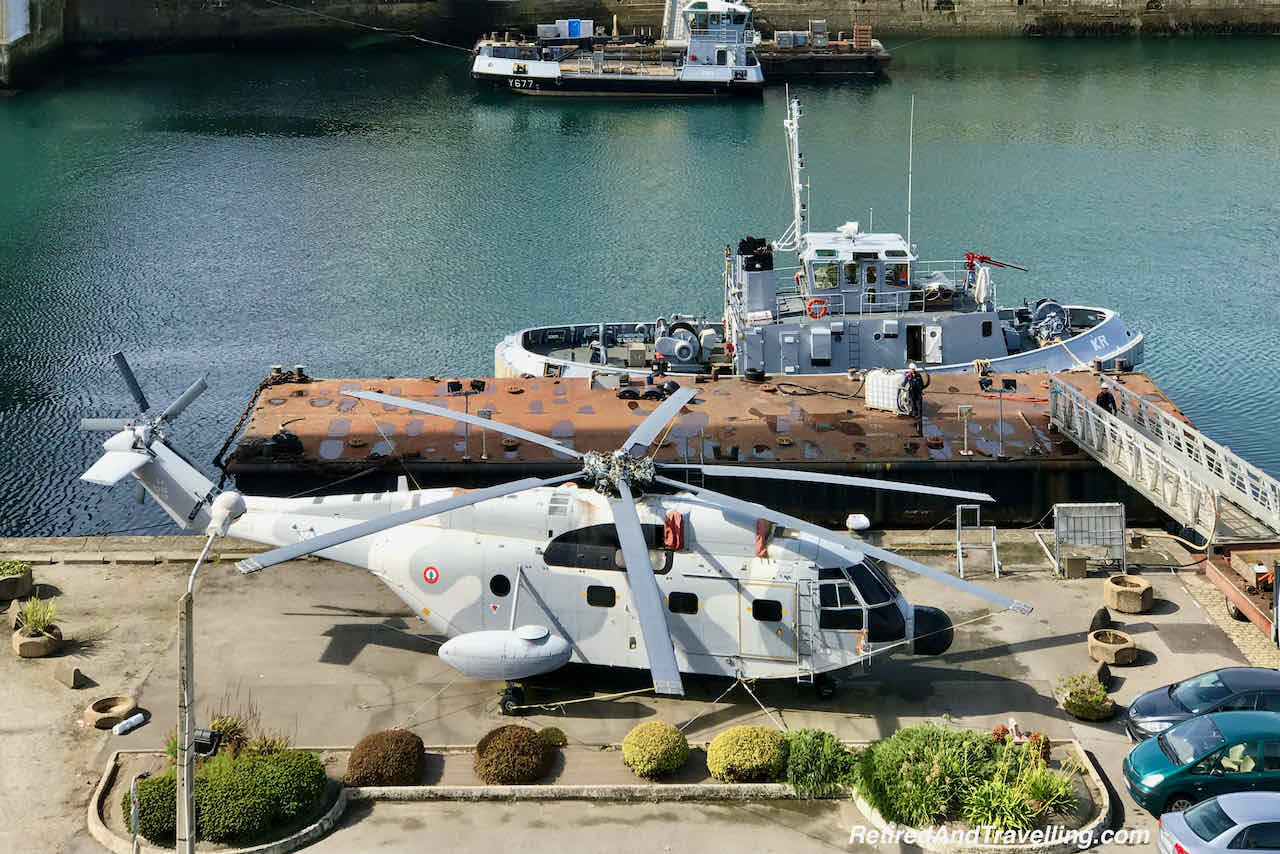 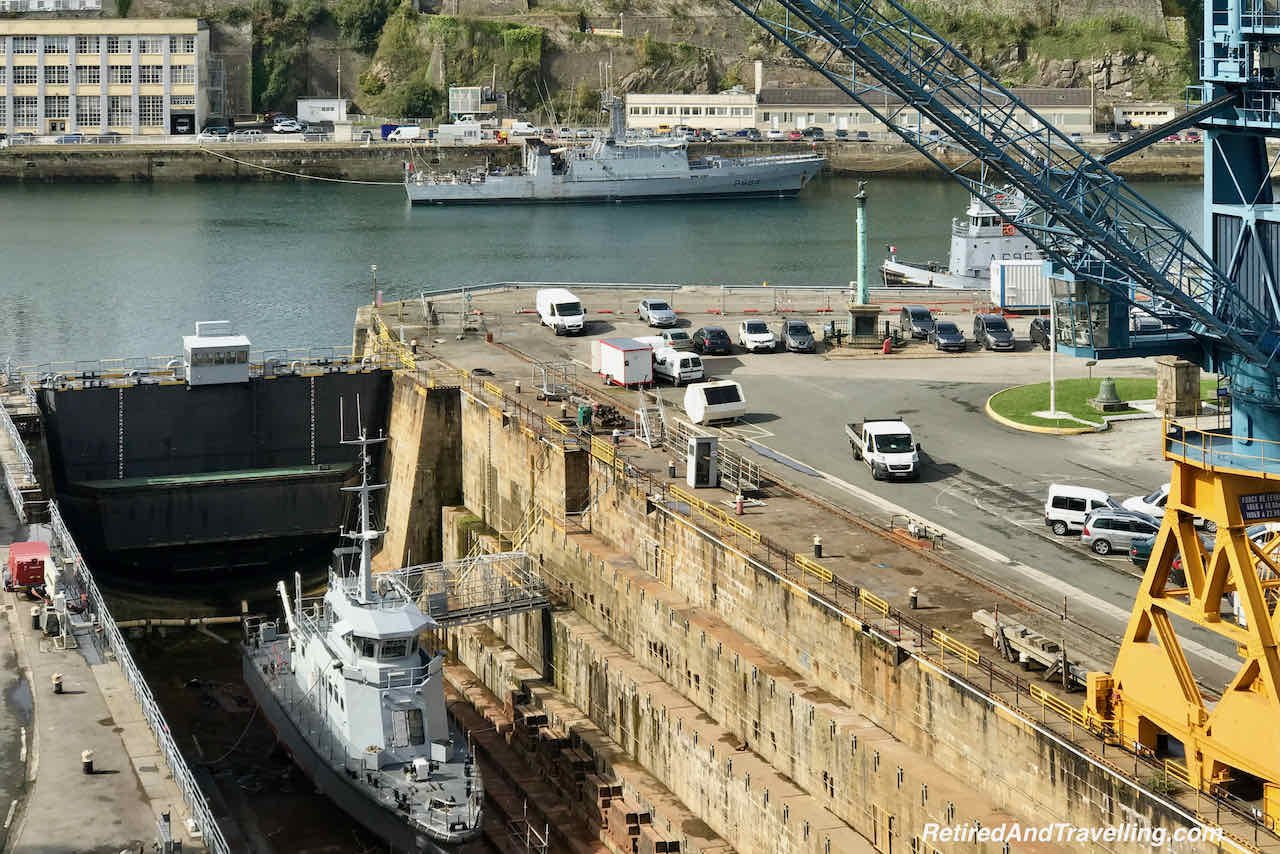 The Port De Recouvrance was a massive drawbridge which stood over 210 feet high. On the lower level we saw the bridge that was raised as ships passed through. 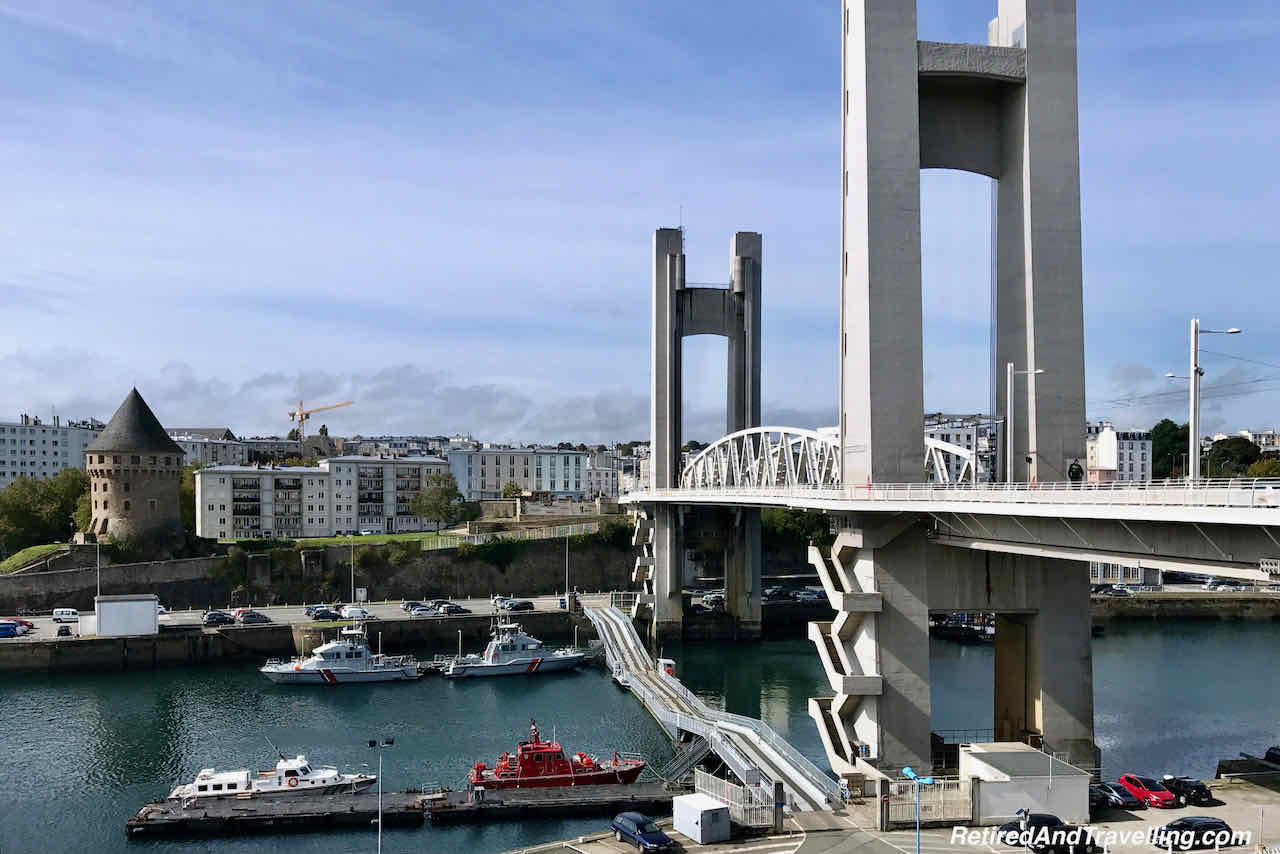 Across the river we saw the Tanguy Tower. It housed a small museum with a collection of dioramas that showed Brest on the brink of WWII. 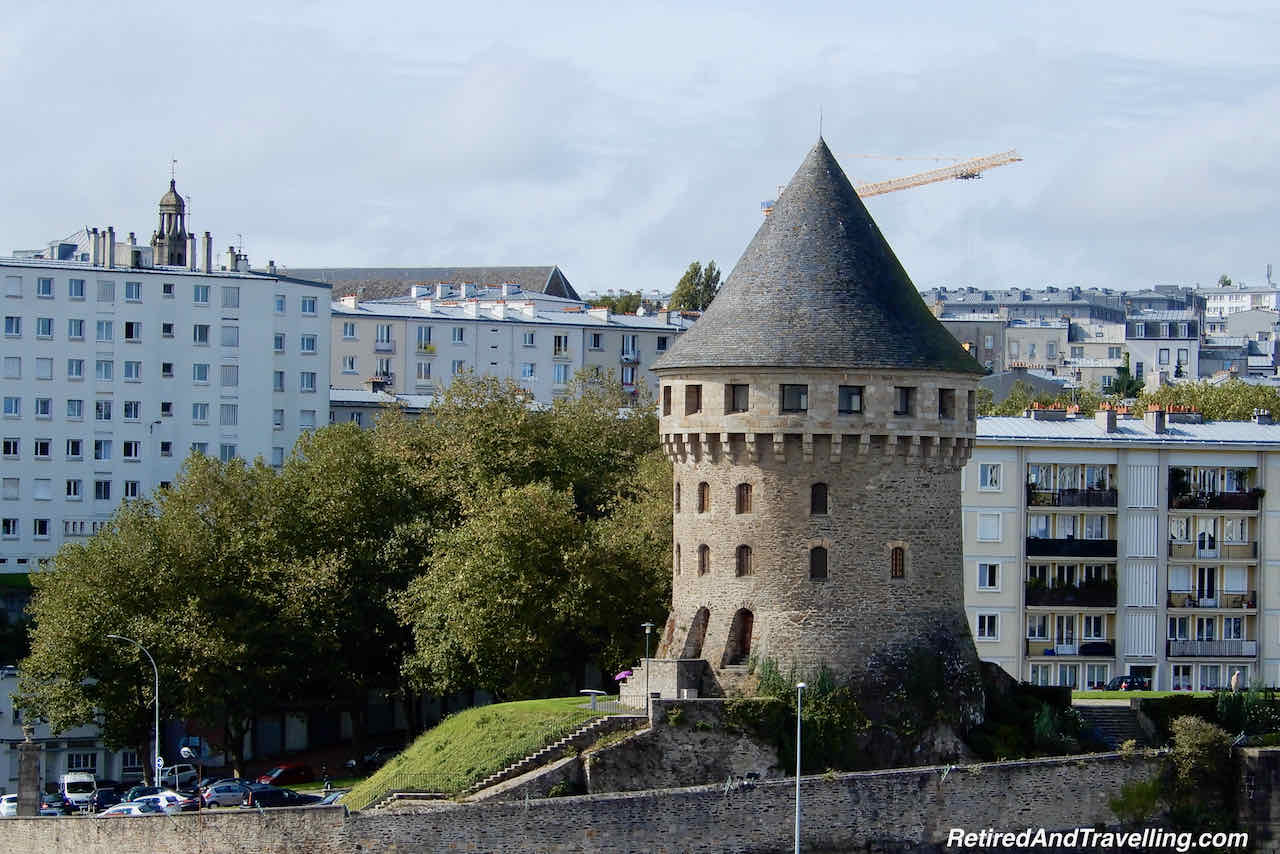 Before we left this area we saw yet one more modern art piece in Brest. The L’Arbor Empathique was a 12 metre high sculpture meant to be a mix of a tree and technology. 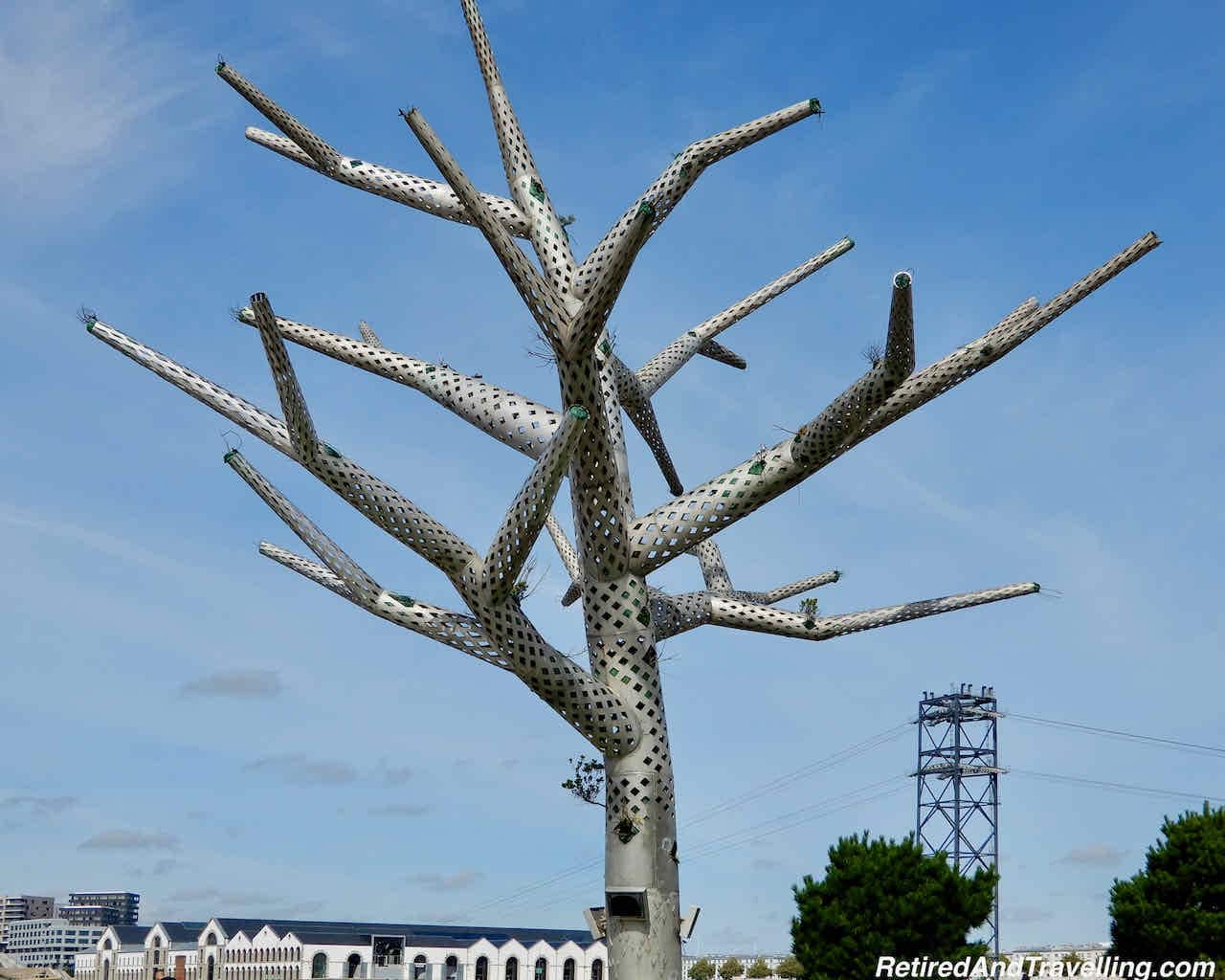 We certainly found an interesting mix of things to do in Brest.

We Finished Up At The Castle of Brest

As we kept walking along the water, we got a view of the castle. The castle was originally built for the Earls of Leon. It was at the centre of centuries of battles fought throughout France’s naval history. The castle along with most of the town was bombed during WWII but was totally rebuilt.

The castle was now the home of the National Maritime Museum. Since Brest was the European capital of marine science and technology, this museum celebrated Brest’s long maritime tradition.

We strolled around the outside of the castle but did not go in. 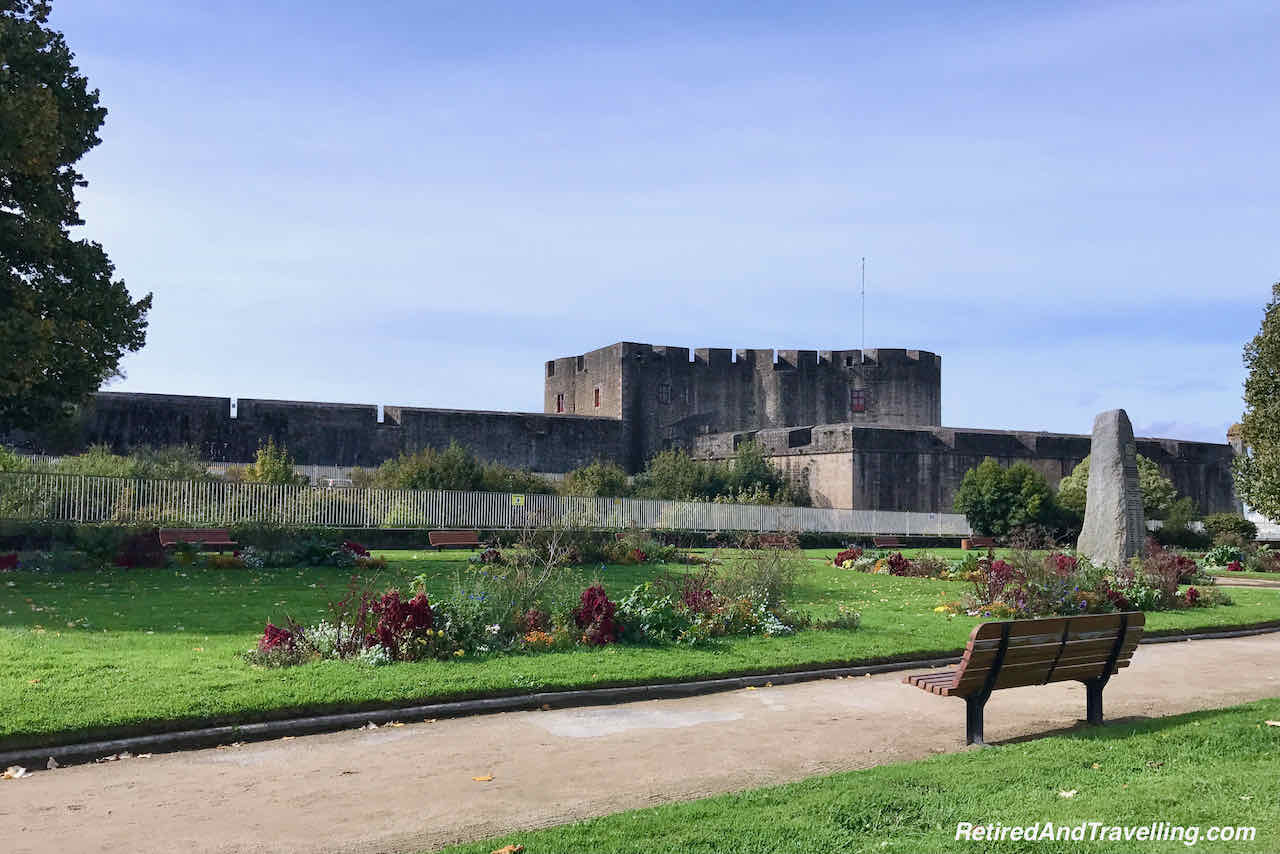 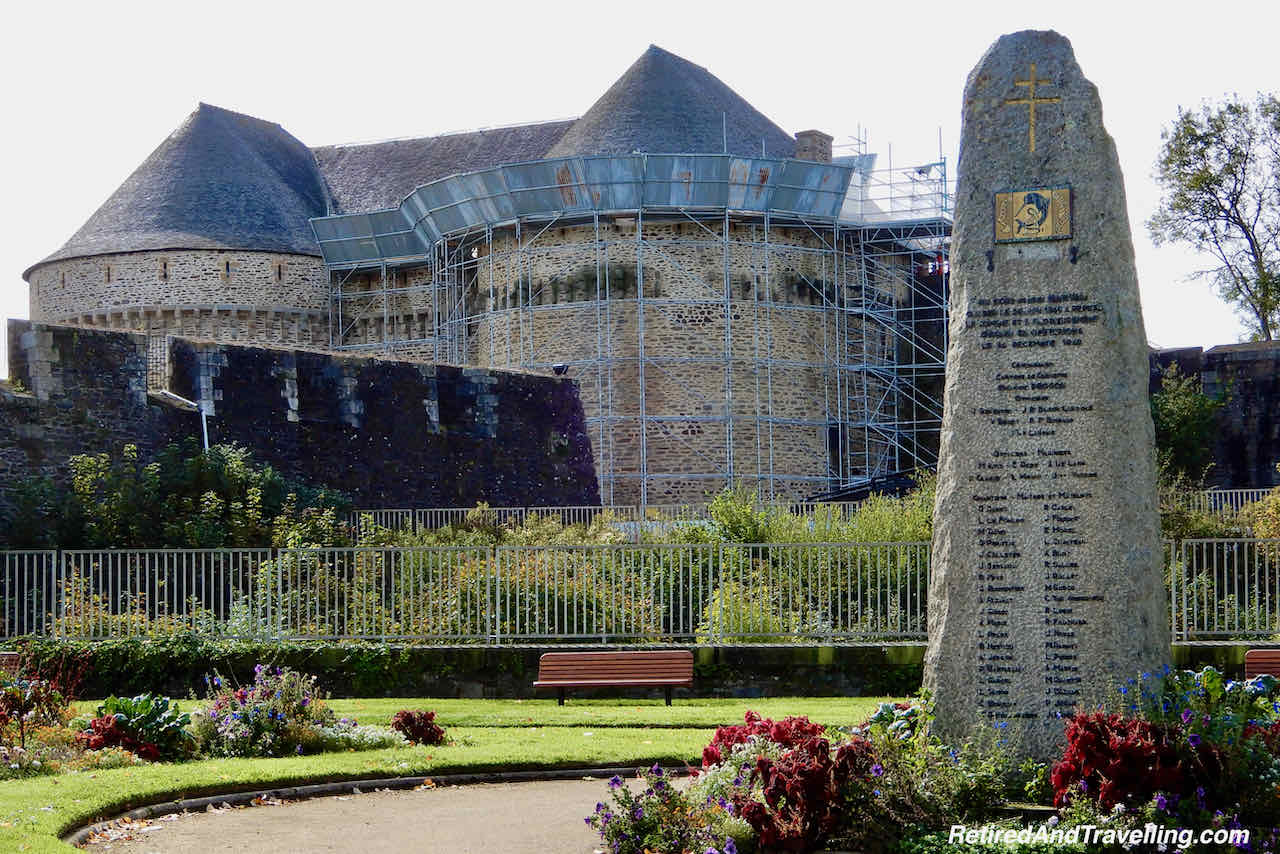 The clouds started to form so we headed back to the shuttle bus stop. We saw yet more boats of all kinds at dock. There was also a large number of restaurants along this strip. And of course, there was lots of fresh seafood to be had!

There was one more tribute to Brest’s maritime role in town. Oceanopolis was a small aquarium at the other end of town. A taxi from the Brest Harbour could take us there if we wanted to visit.

We Found A Few Things To Do In Brest

As we enjoyed our cruise along the north coast of France, we took some tours and other days just explored the local towns. We had a very busy day when we visited Mont St Michel the day before. So when we landed in Brest, we decided to just stroll around the town and explored a few things to do in Brest.

We got a good flavour of the maritime flavour of this port town. And we saw an interesting collection of modern art.

We heard there were great beaches in the Brest area. But we never saw them as we stayed close to port. It was far too cold for me to swim as we cruised along the coast of Western Europe.

The next day we had a long tour planned to explore a different aspect of northern France. We went to Cognac for cognac tasting!

Did you find a few things to do in Brest? Did you stay in the town or wander far afield? 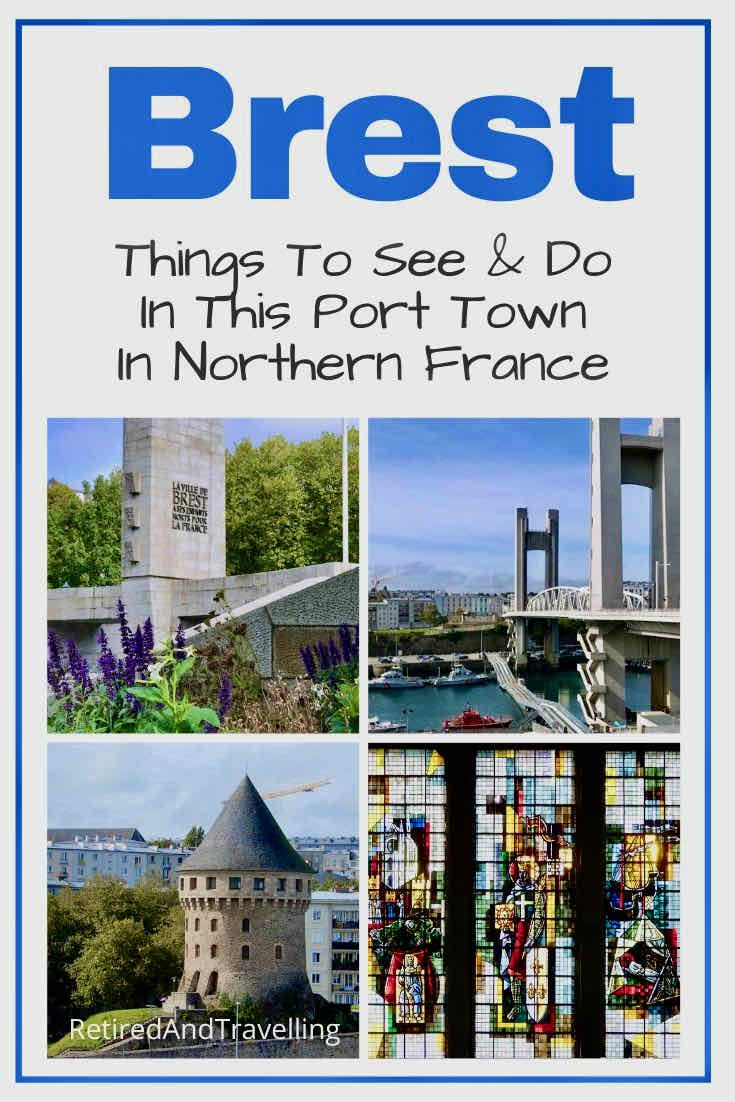 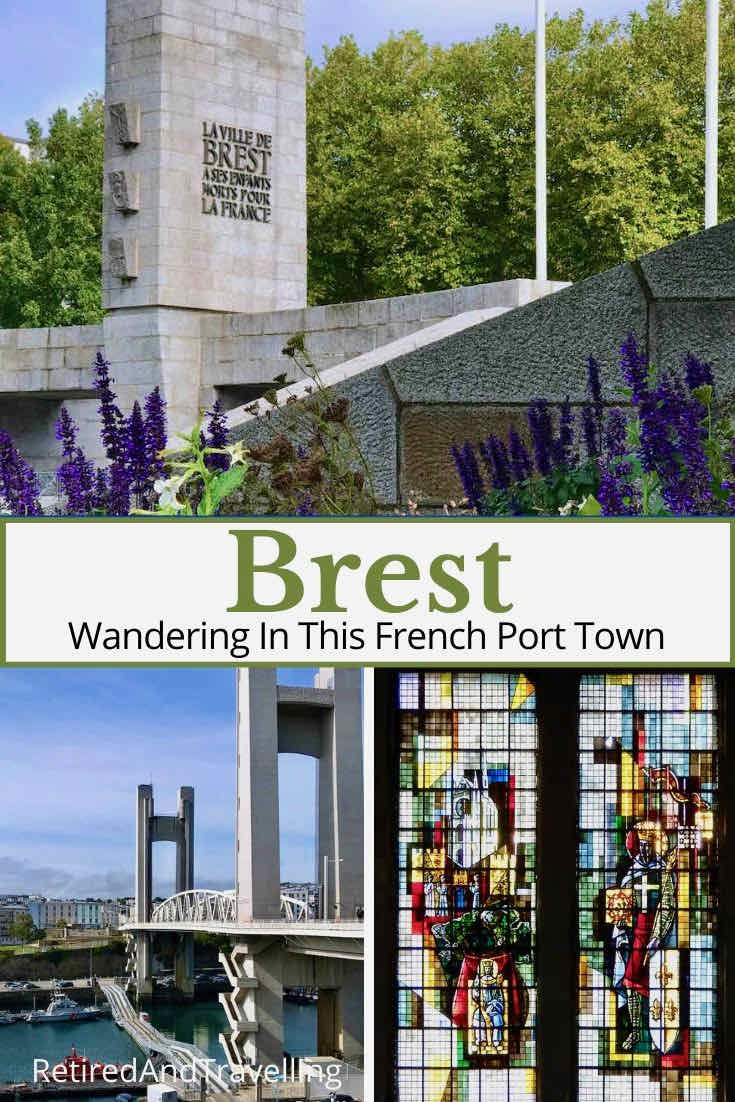 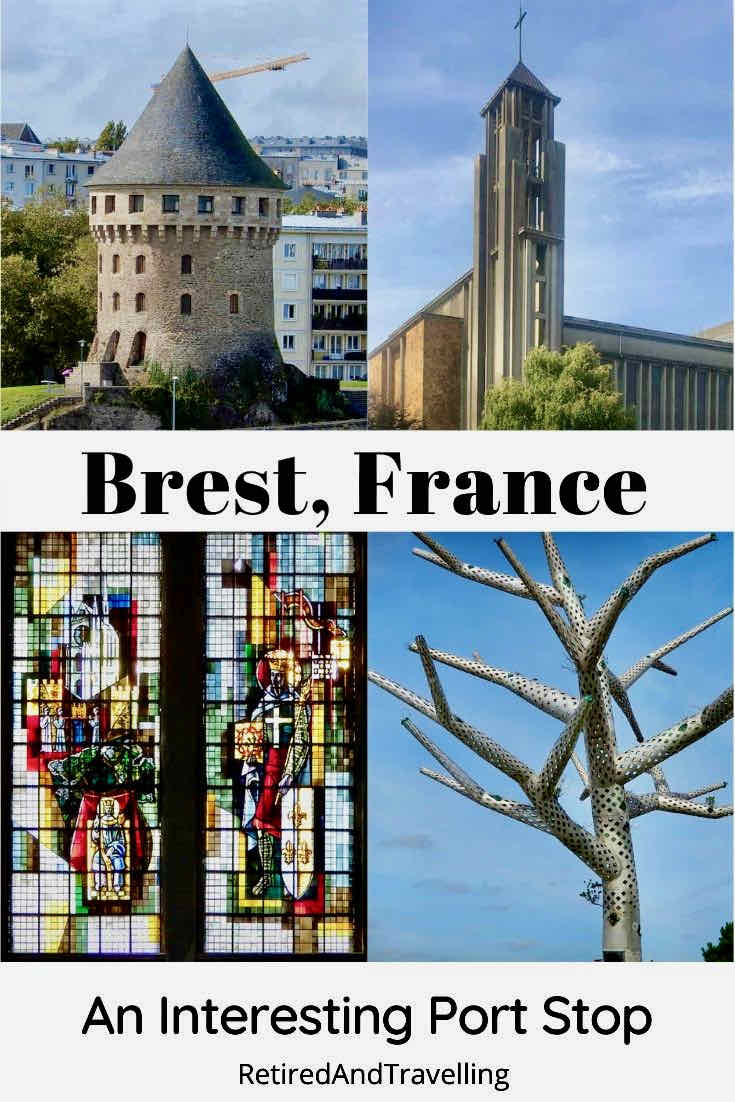 Things To See On A Walking Tour of Helsinki Finland

We would love if you could share this!
14
14
Shares

Heading South of the Equator It had been a busy few weeks since boarding our Oceania Cruises Nautica ship in Athens. The ship had been heading steadily south on our great 10 week adventure. We […]

We would love if you could share this!
3
3
Shares