Not Your Typical Greek Islands

When people often think of the Greek Islands they imagine the stunning iconic views of Mykonos and Santorini.  But Greece had more to offer on over 6,000 islands (although only 227 were inhabited). You might choose more adventurous activities to tour around Crete or Corfu. Or you can take a historical tour of the Greek Islands to see another facet of Greece. 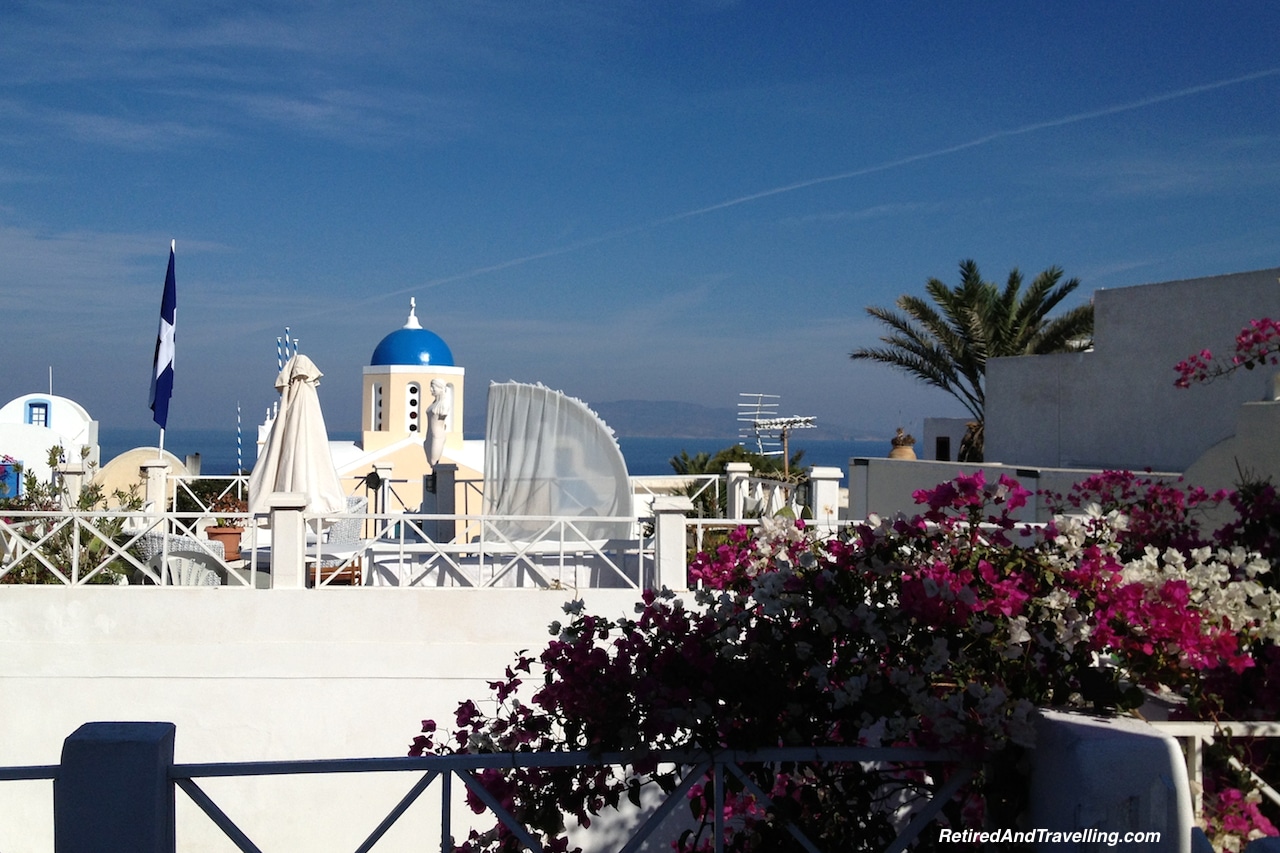 Start Your Historical Tour of the Greek Islands in Delos

If Mykonos is on your Greek island tour, don’t miss Delos. It was a quick ferry ride away. But we were not prepared to see such amazing and extensive ruins site. While many of the ruins were not as impressive as we found when we we visited Athens, they were rich in history.

Our guide was an expressive Greek woman, who regaled us with mythology and history lessons at every stop. Memory cells awoke as I recalled the stories of gods and goddesses.  Delos was apparently sprung from the sea. It was the haven for one of Zeus’s mistresses floating at sea trying to escape Zeus’s wife to bear the twins Apollo and Artemis (the first true feminist). The site included one lone palm tree, supposedly the one that was grabbed as the twins were born.

We saw the Naxian Lions lined up in a row. The ones on the site were in great shape. When we later visited the museum, we learned that the ones outside were replicas of the original statues put for safekeeping in the museum.

It was an extensive ruin, with the layout of the town and the houses very visible. Many of the ruins gave a good view into everyday life. There were monuments to various gods in duplicate and triplicate around the site. 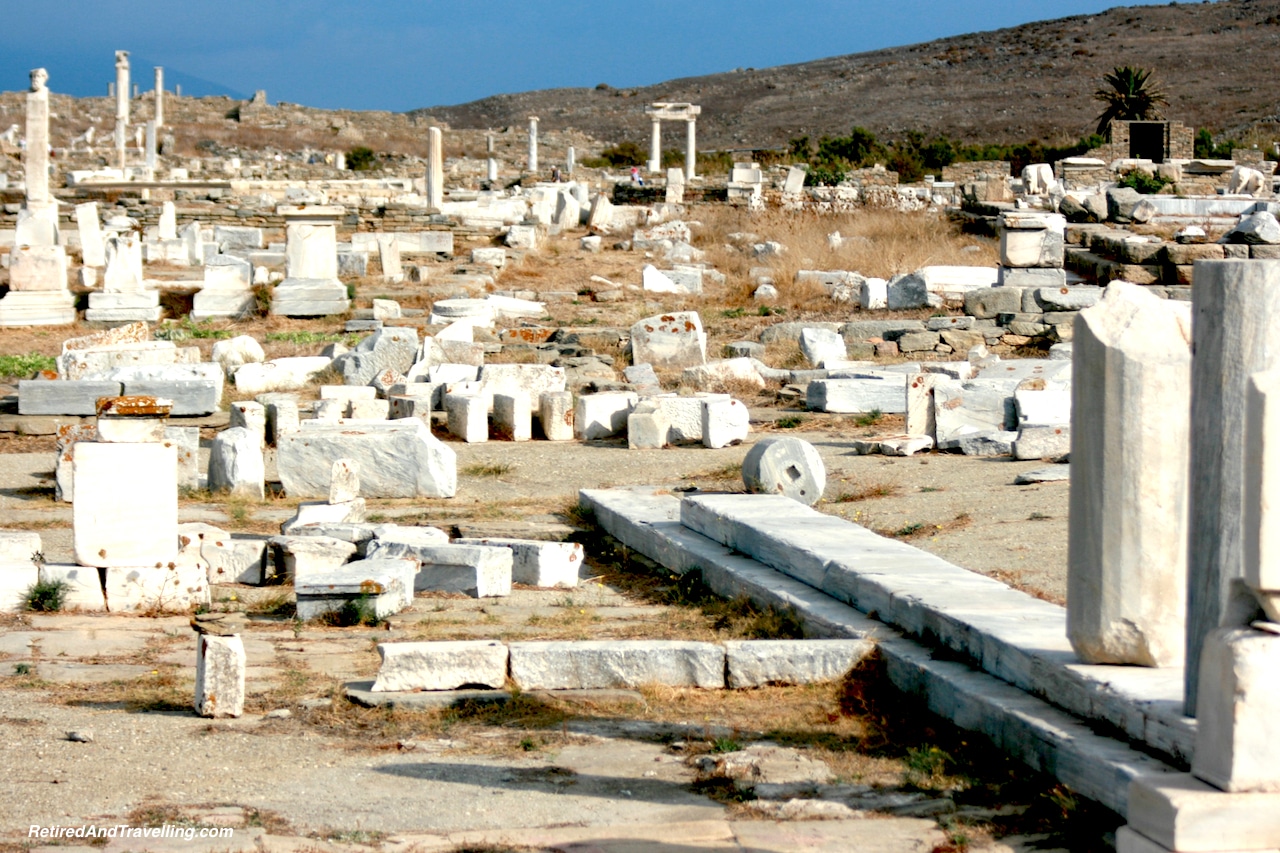 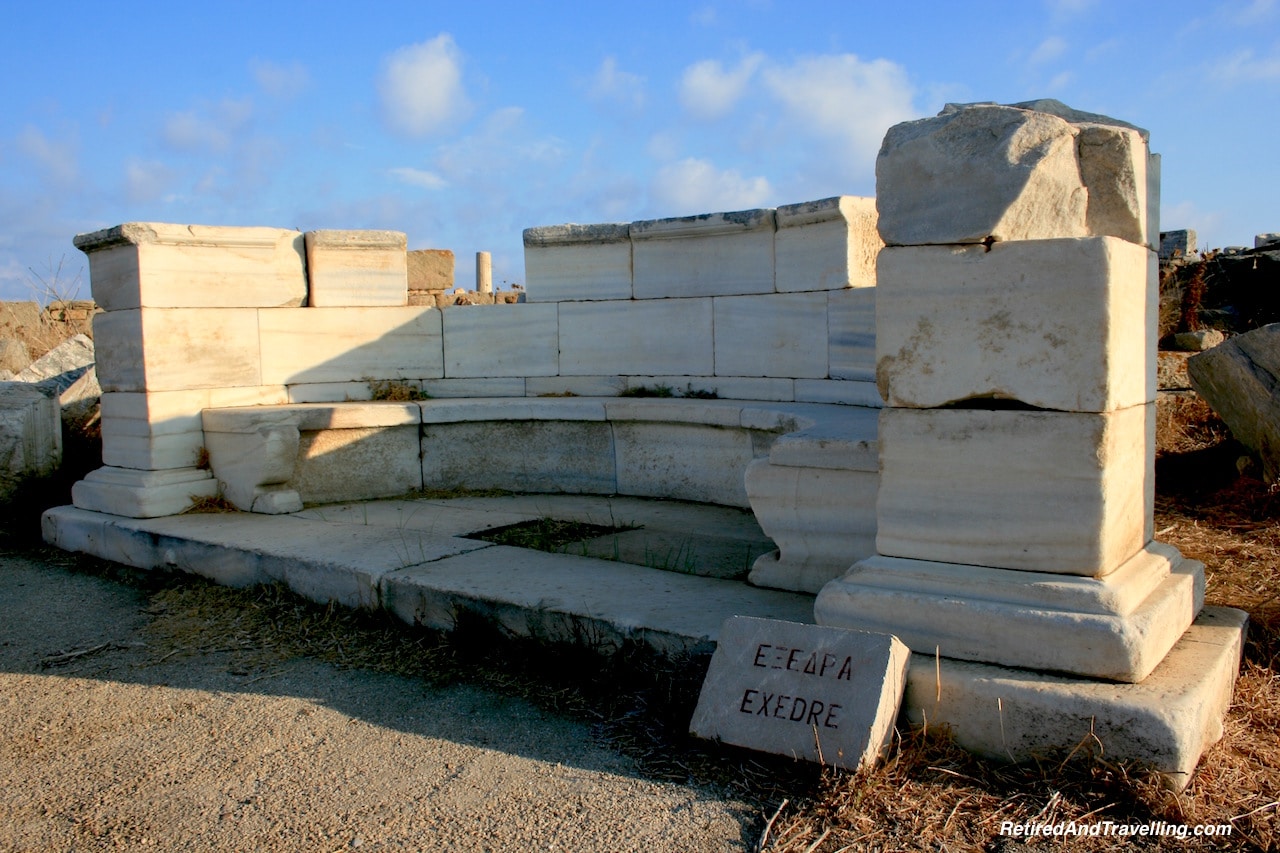 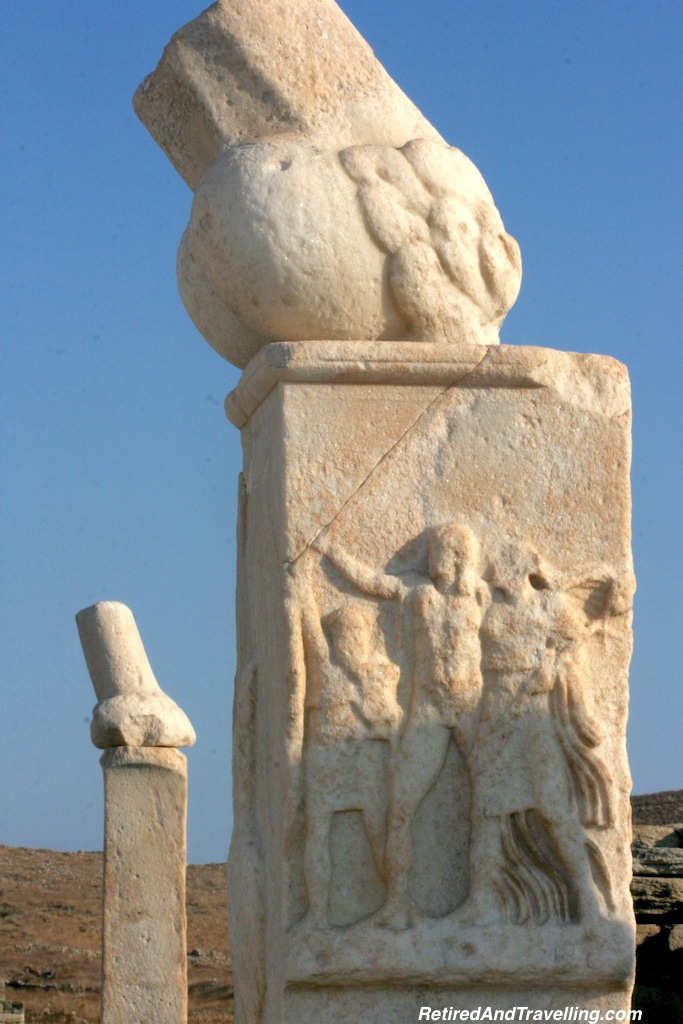 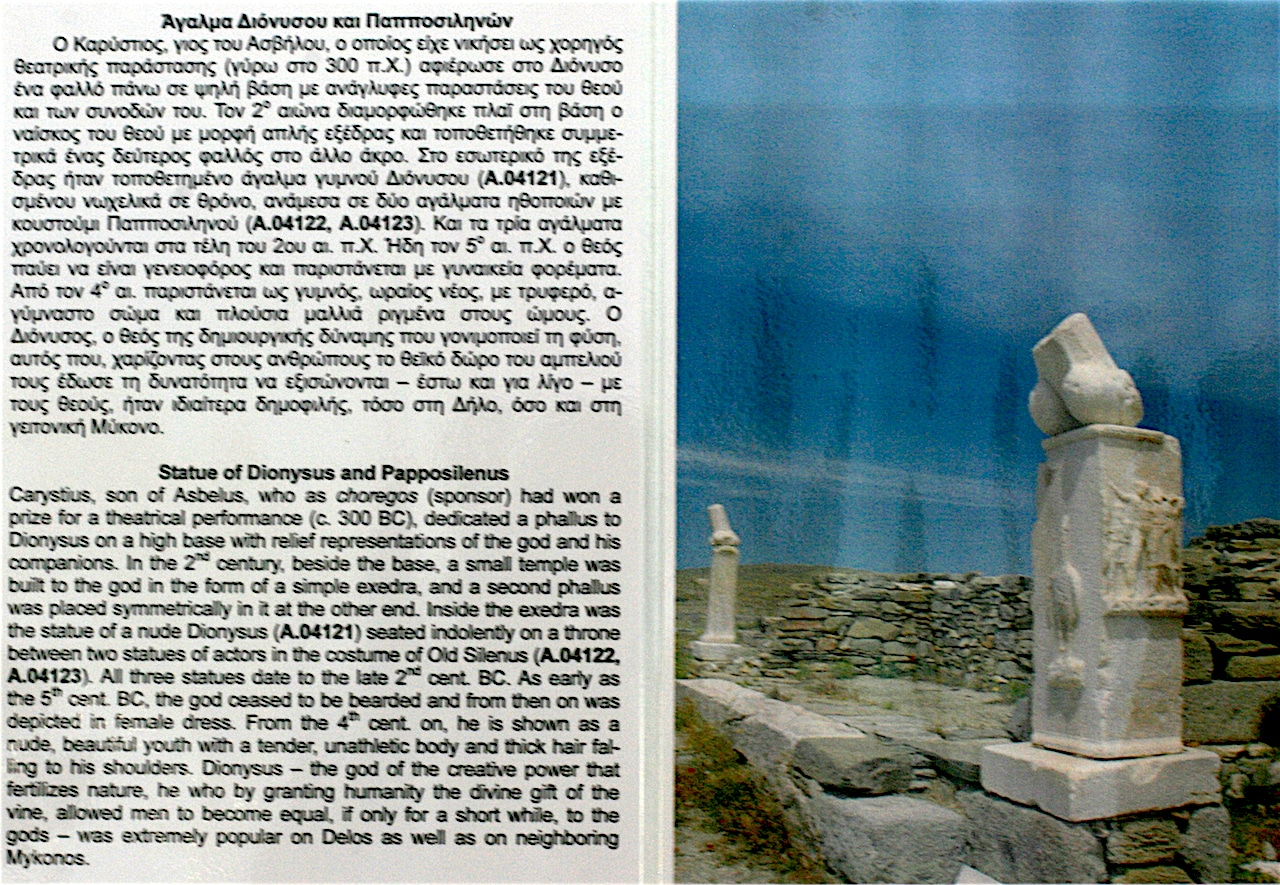 The islet was uninhabited except for the small houses for on site archeologists. Everywhere we looked there were piles of stones that David said were artfully arranged by archeology students having fun. 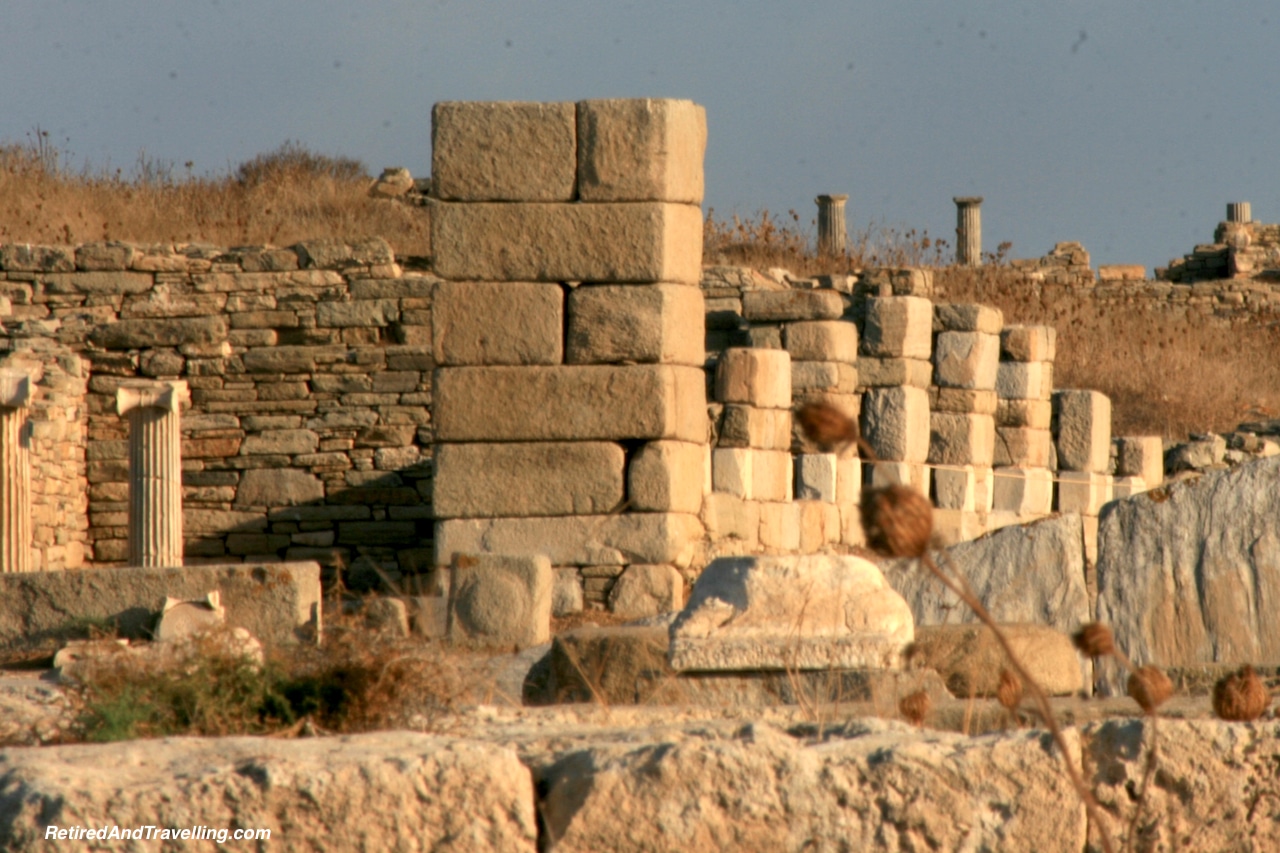 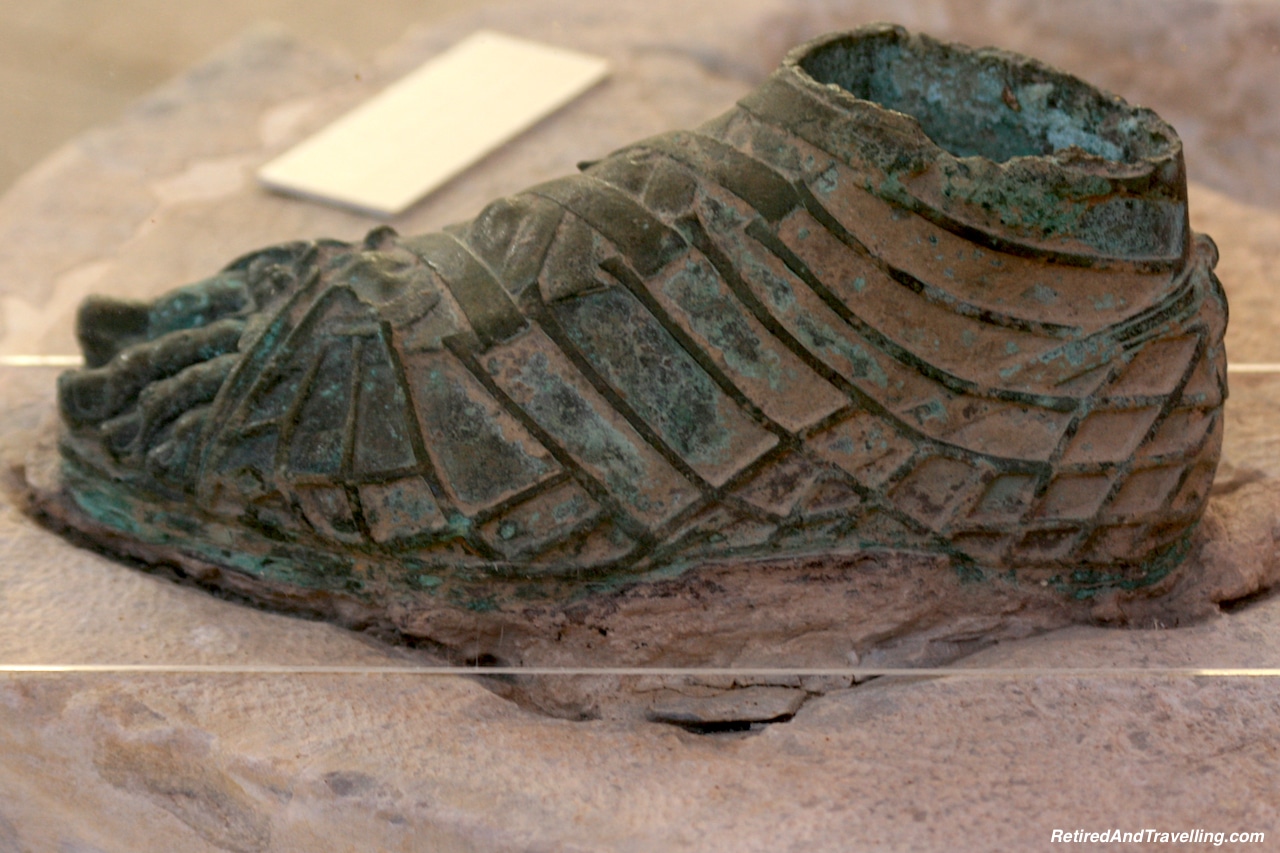 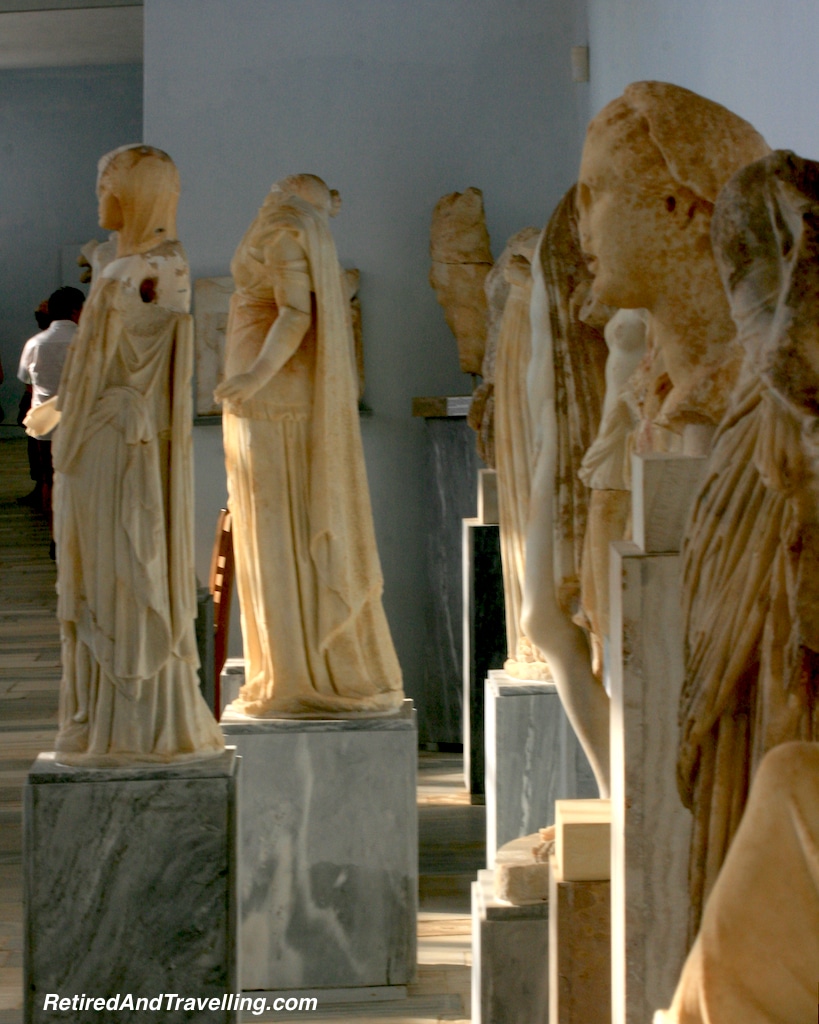 I was often amazed at how well mosaics survive the test of time. In Ravenna in Italy, we found amazing churches and buildings replete with well preserved mosaics. The colourful mosaics in the Delos museum drew us in for a look. 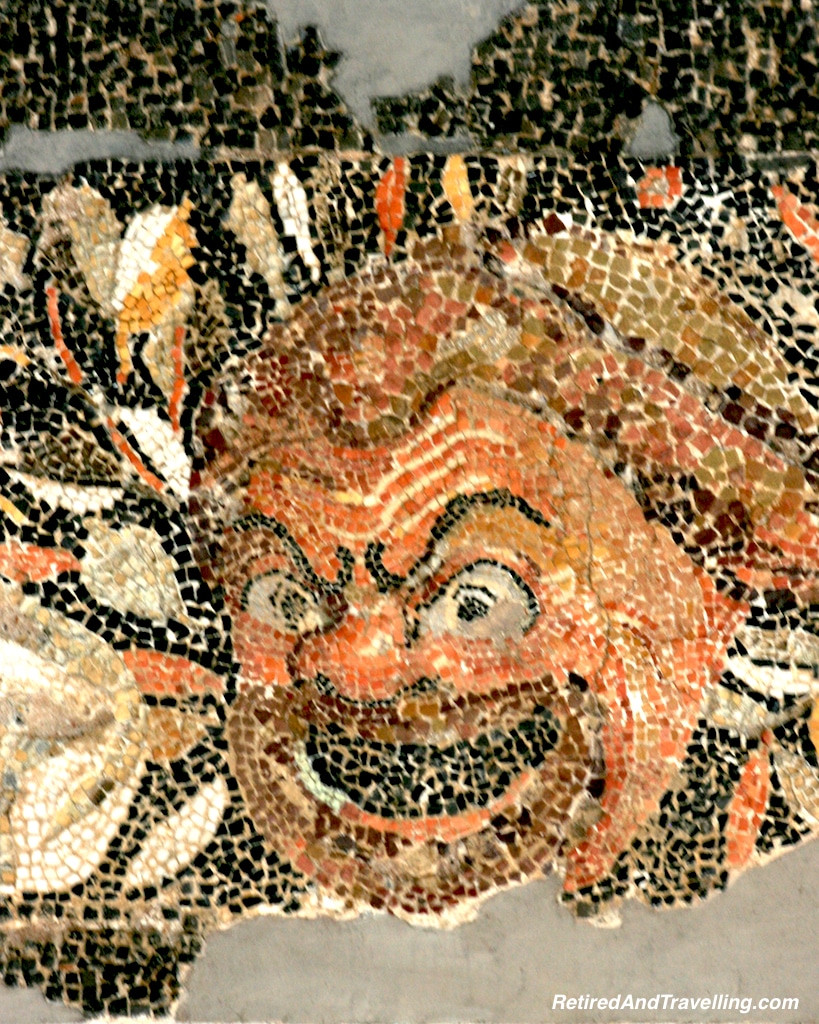 Delos was certainly worth a day trip from Mykonos for a historical tour of the Greek Islands!

Monemvasia Was A Very Pleasant Surprise

You have probably never heard of the Greek island of Monemvasia. It was a very small but beautiful island connected to the east coast of the Peloponnese. Monemvasia was created when an earthquake mass slid away eons ago.  It required a short, narrow causeway for access to the old fortress. The town’s name meant “single entrance” in Greek. 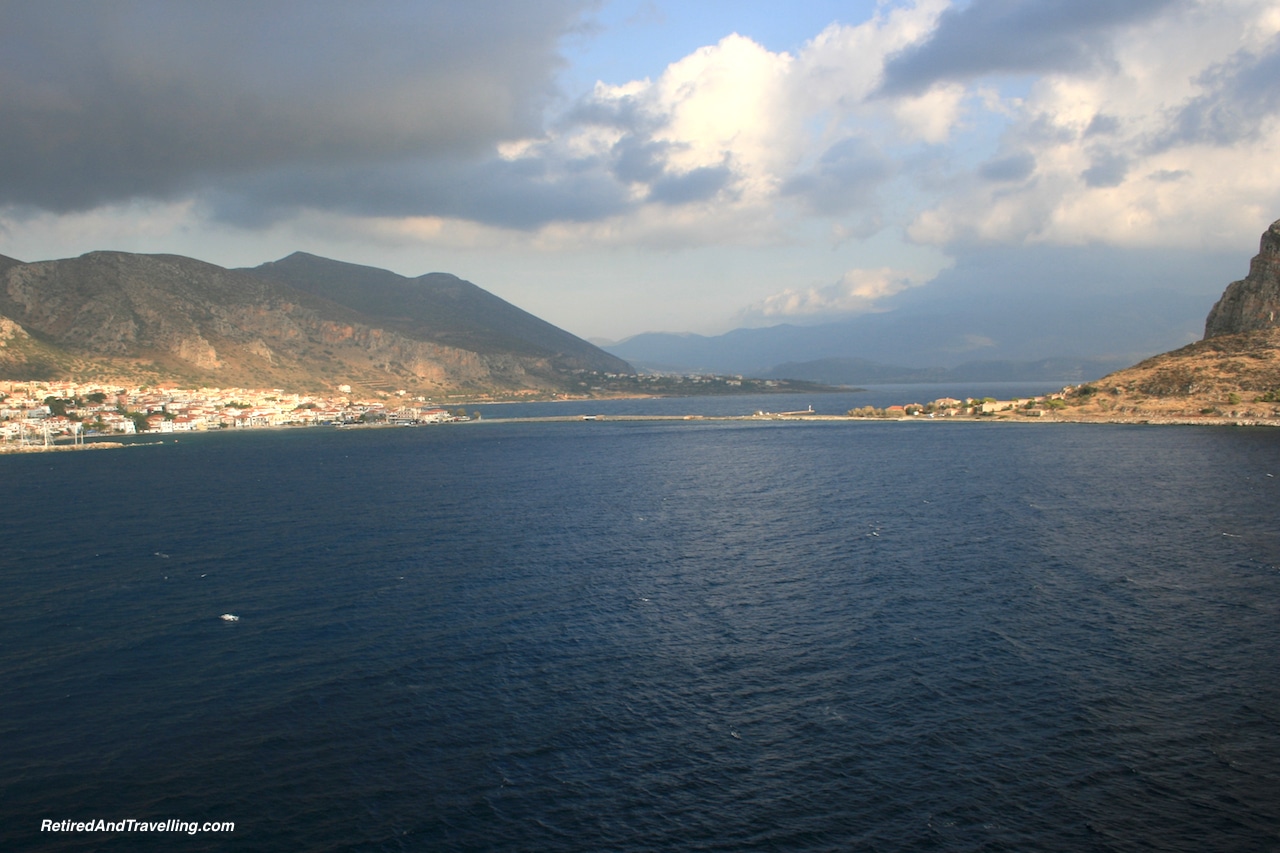 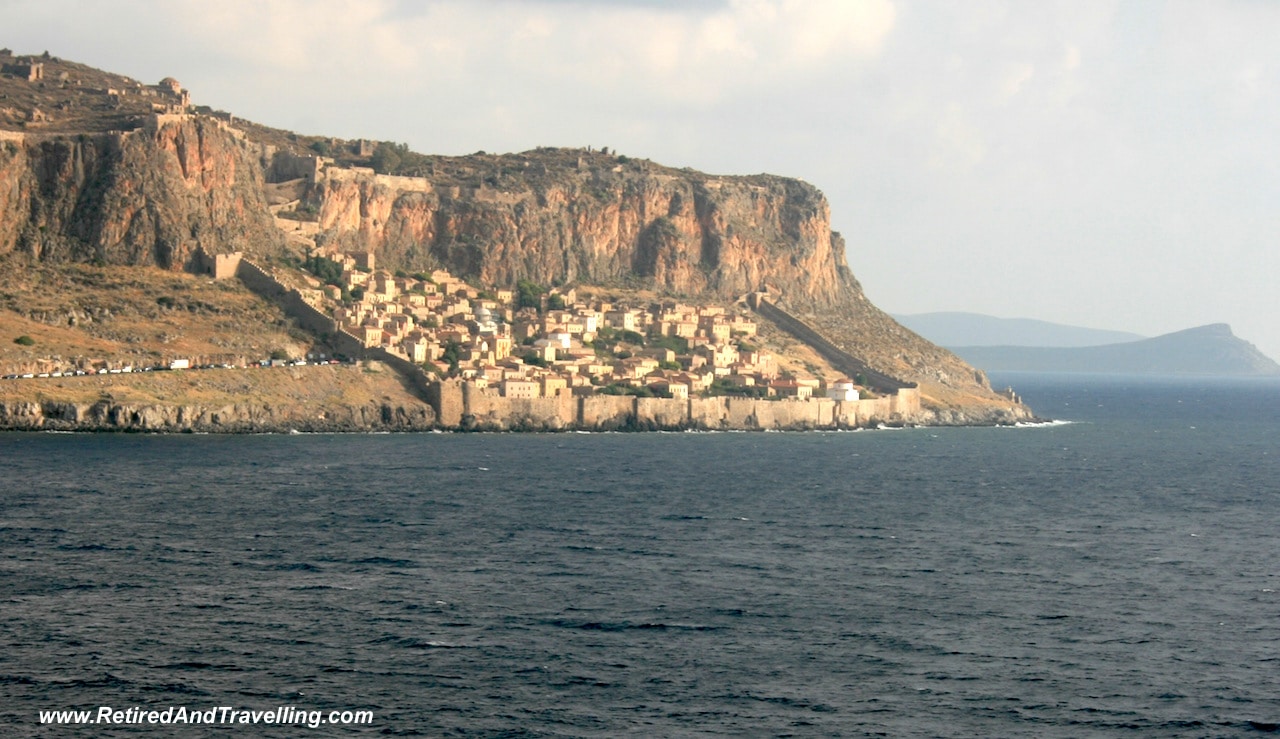 As we approached we saw the island dominated by a high plateau with the large Byzantine fortress town at the base. This fortress site changed hands again and again, until it was liberated during the Greek War of Independence in the early 19th century. The variety of architectures we found in this small area showed this change in occupation. The island of Monemvasia was a great stop on our historical tour of the Greek islands.

We headed out along the causeway for the 3km walk to reach the fortress. That was the easiest part of our walking, as we entered the fortress with its cobblestone paths. Of course, even that would be easy compared to the goat paths that David made me wander for just that right view. Just call me “Billy Goat”. 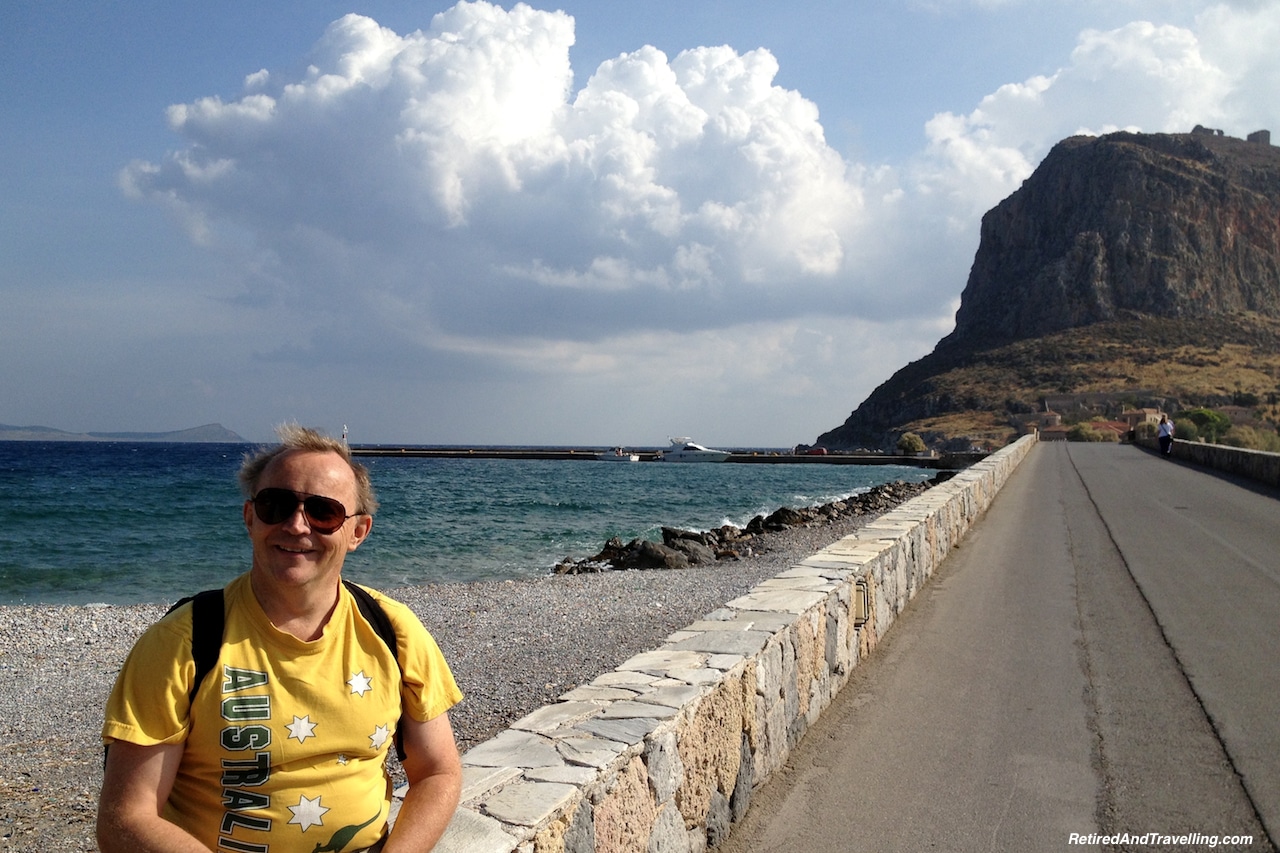 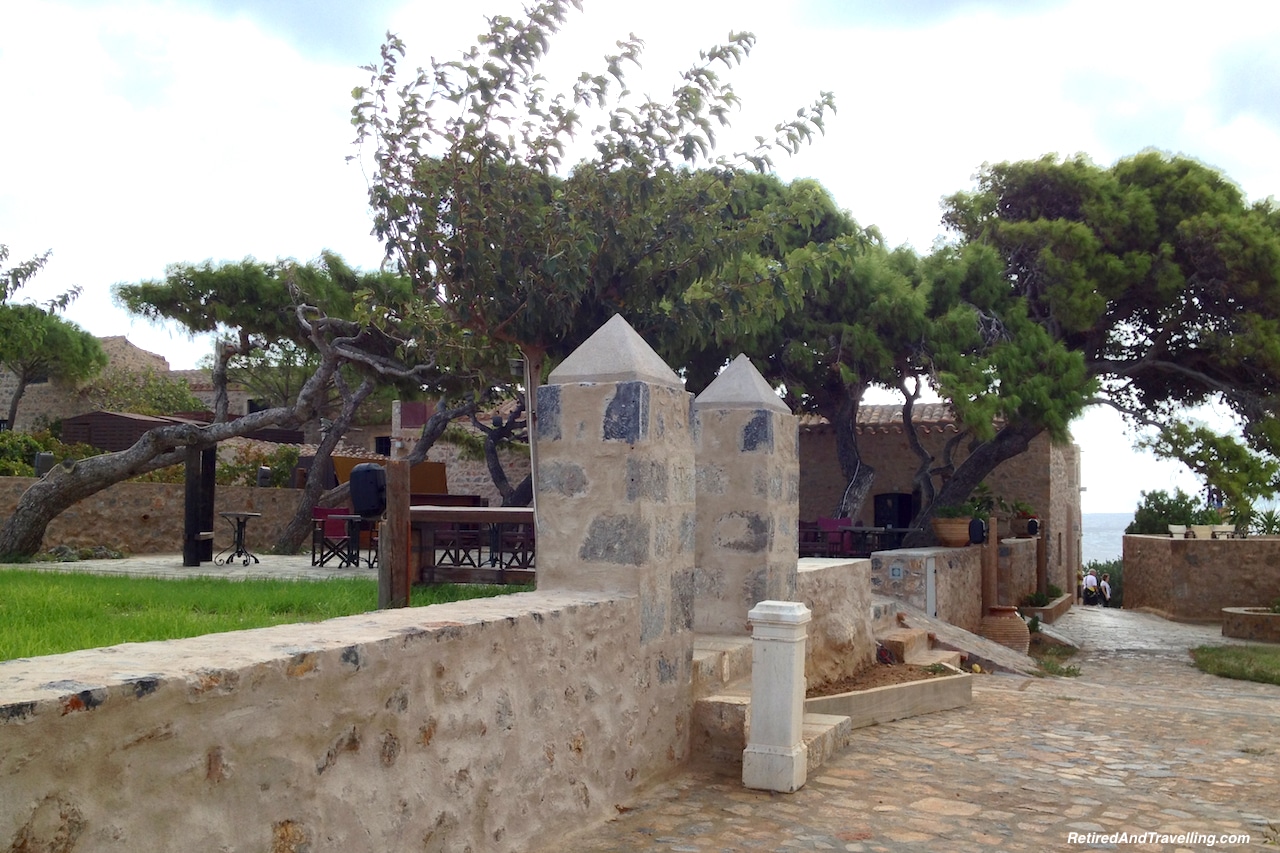 The fortress alleys wandered up and down and up. We took the high path with its view down over the colourful rooftops below us. 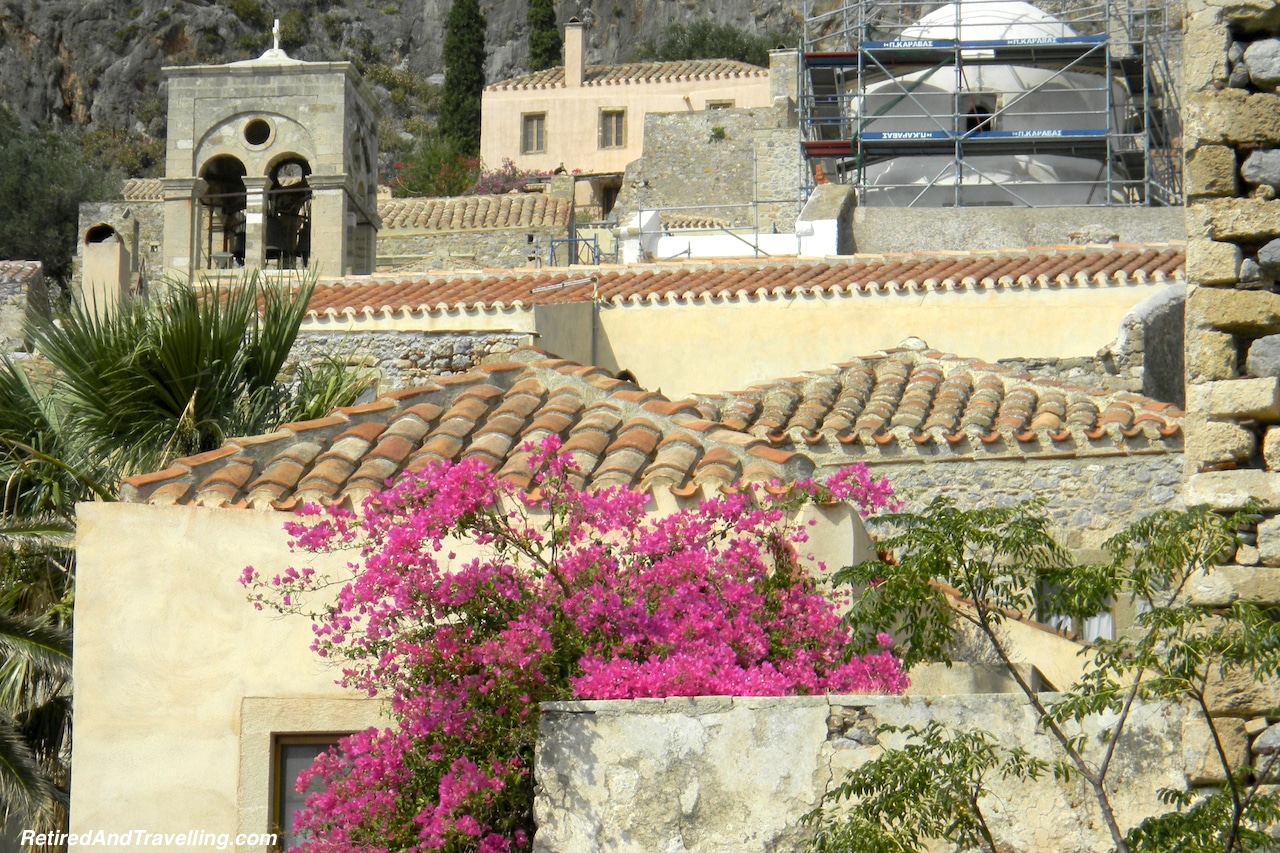 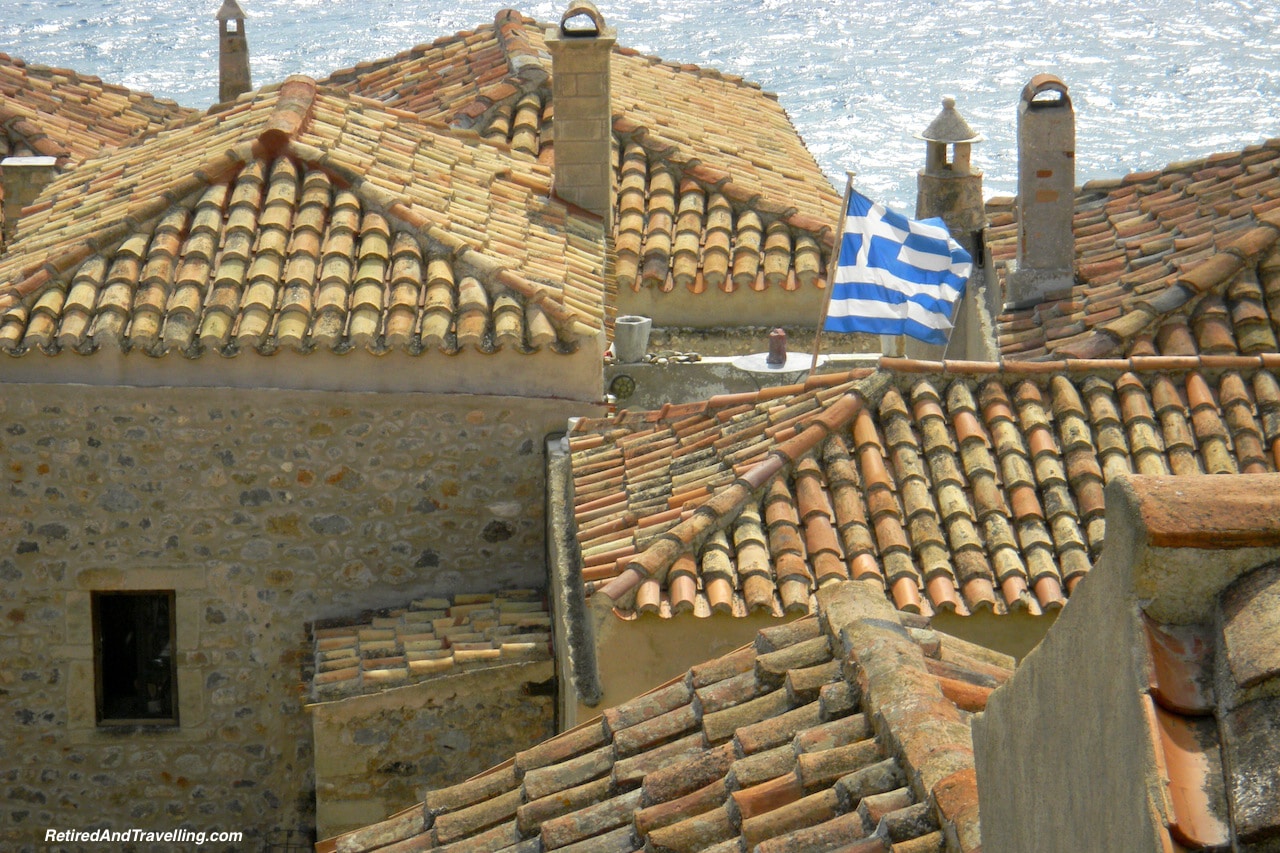 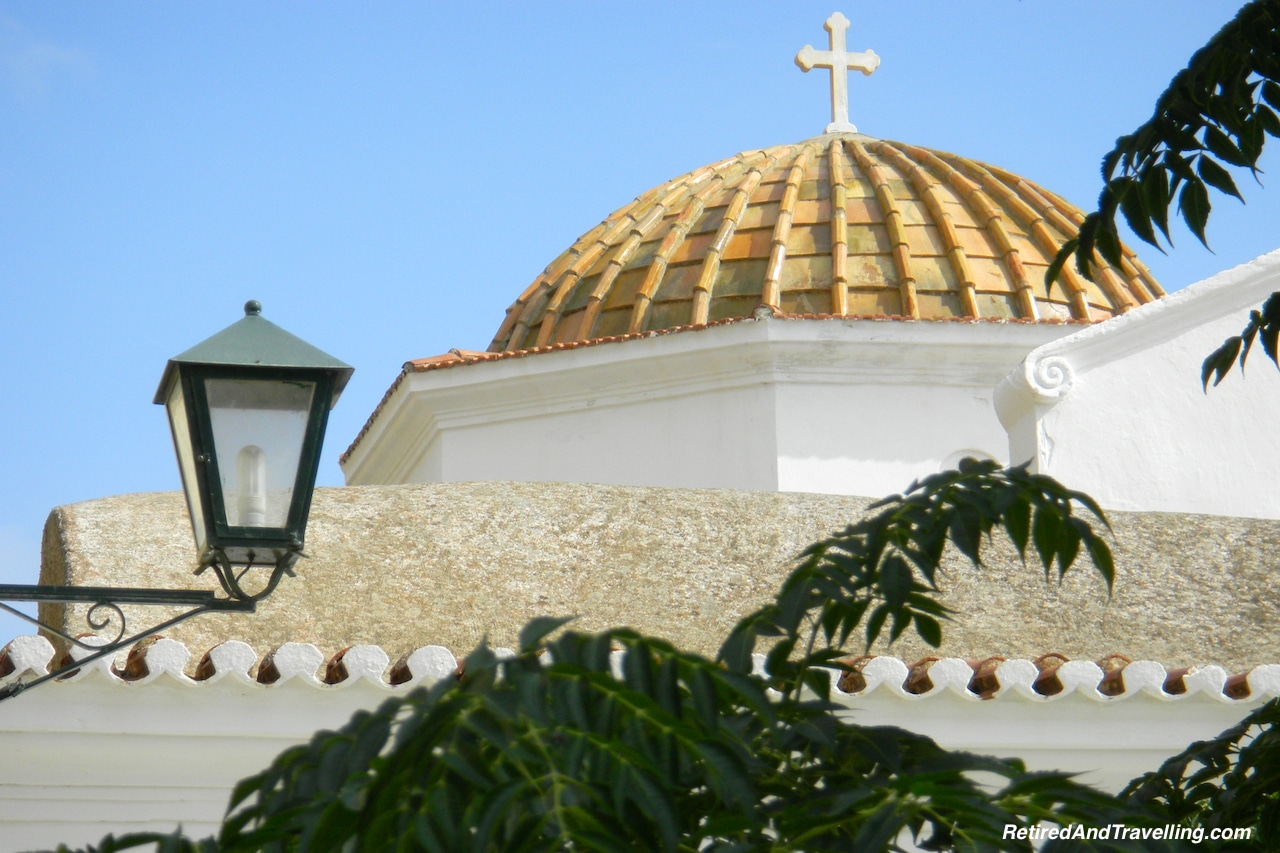 Even though the path up to the monastery was not as high as others we have done in Italy, we passed on the higher climb. We missed this spot on this historical tour of the Greek islands. 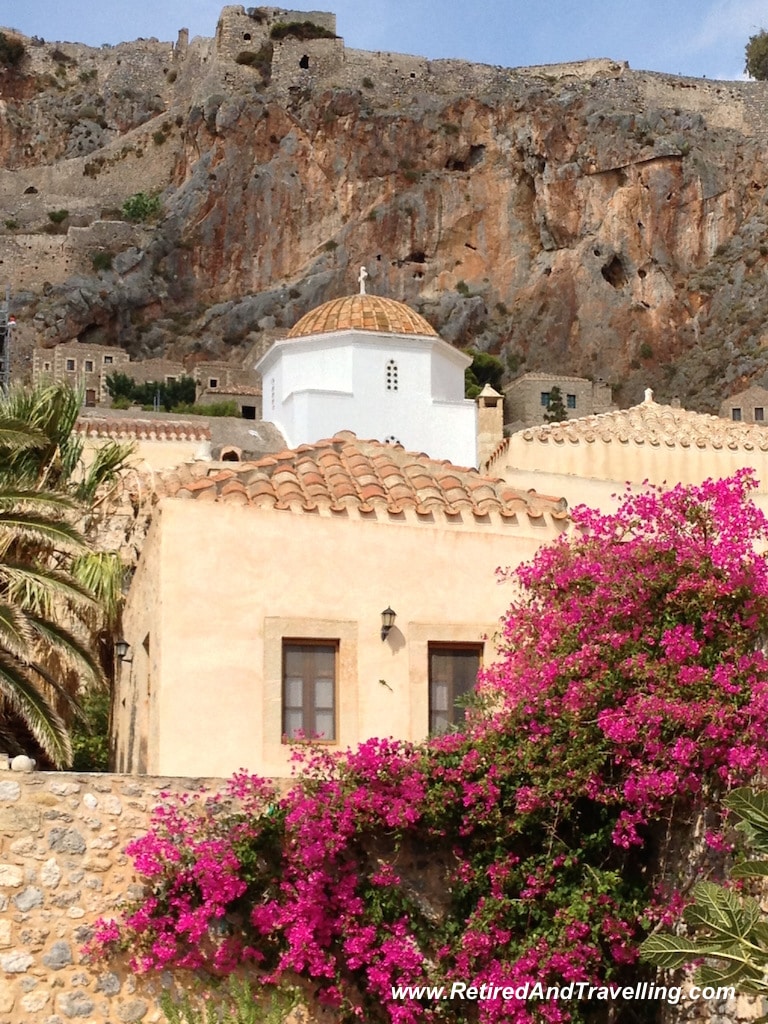 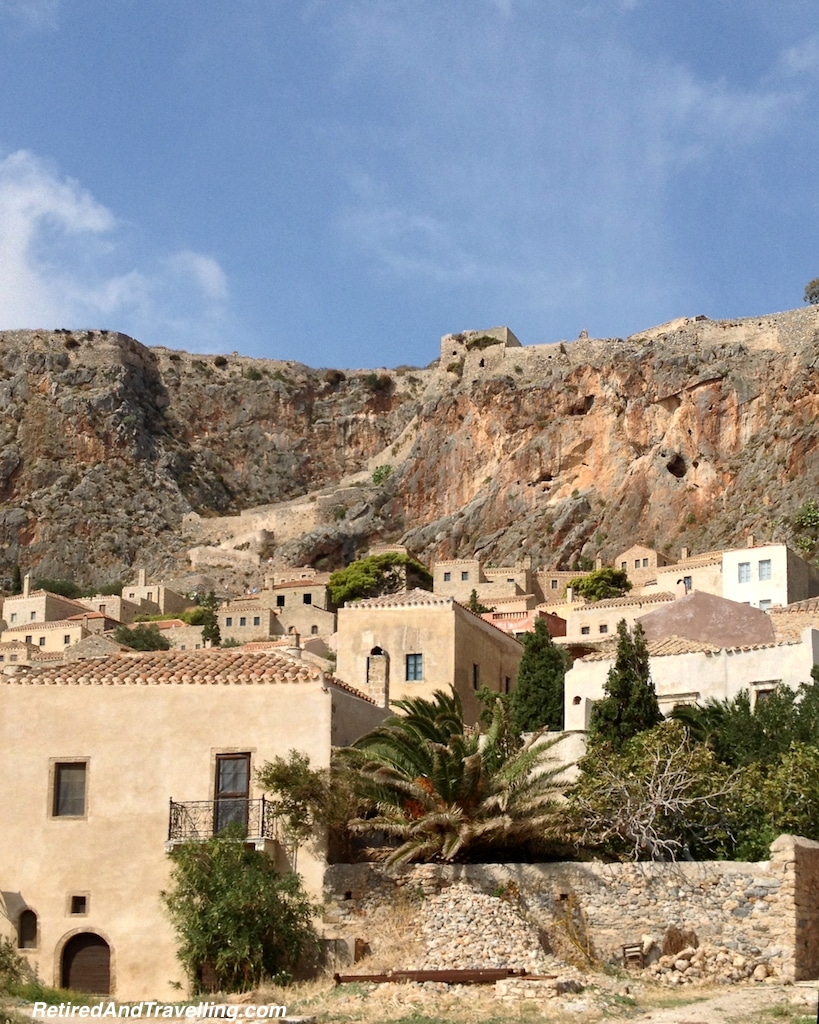 Wandering out of town, the goat paths meandered down and then back up to the sea wall. We looked over and saw the waves pounding in. Savage and captivating at the same time. 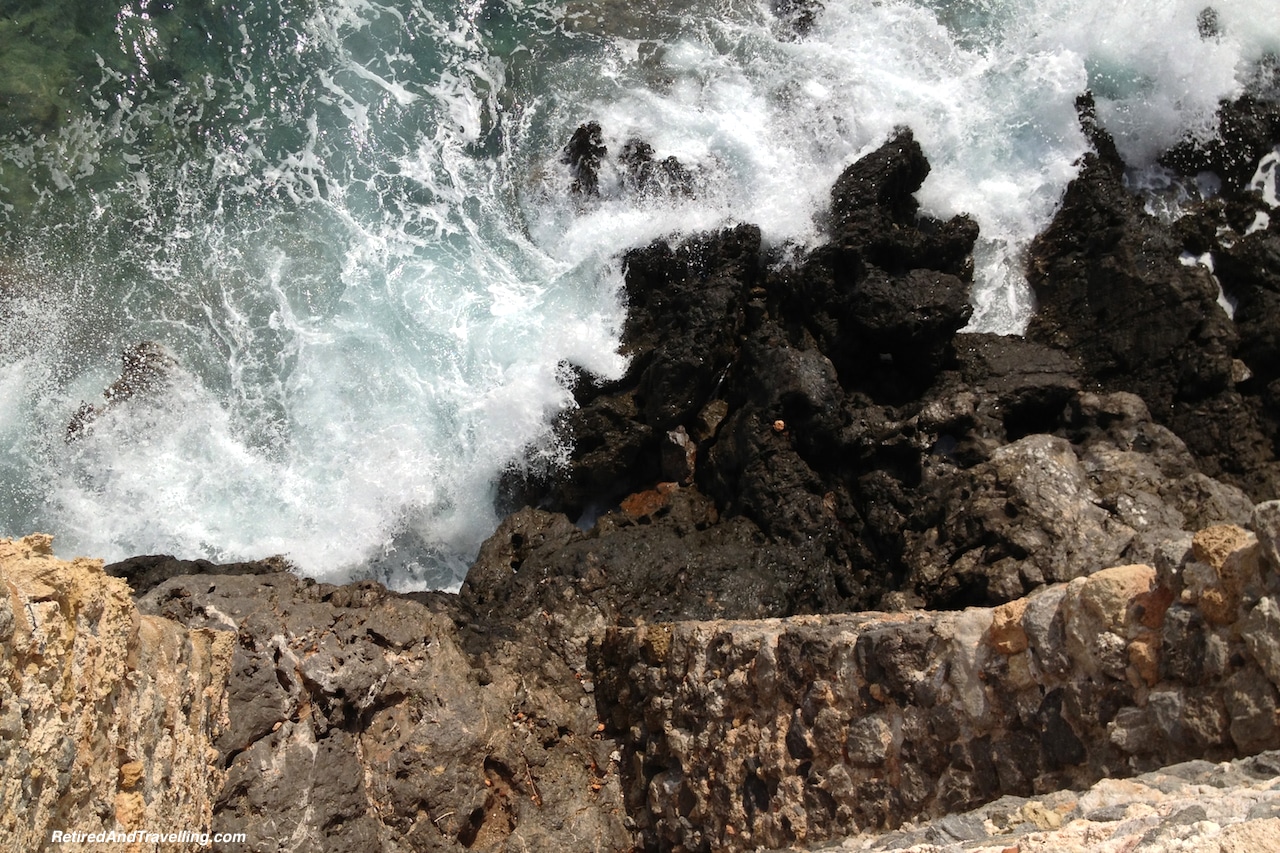 The walk back was downhill.  But we were on our feet for hours, so we strolled at a slow pace. Every now and then we saw the Oceania Cruises Riviera cruise ship teasing us along. 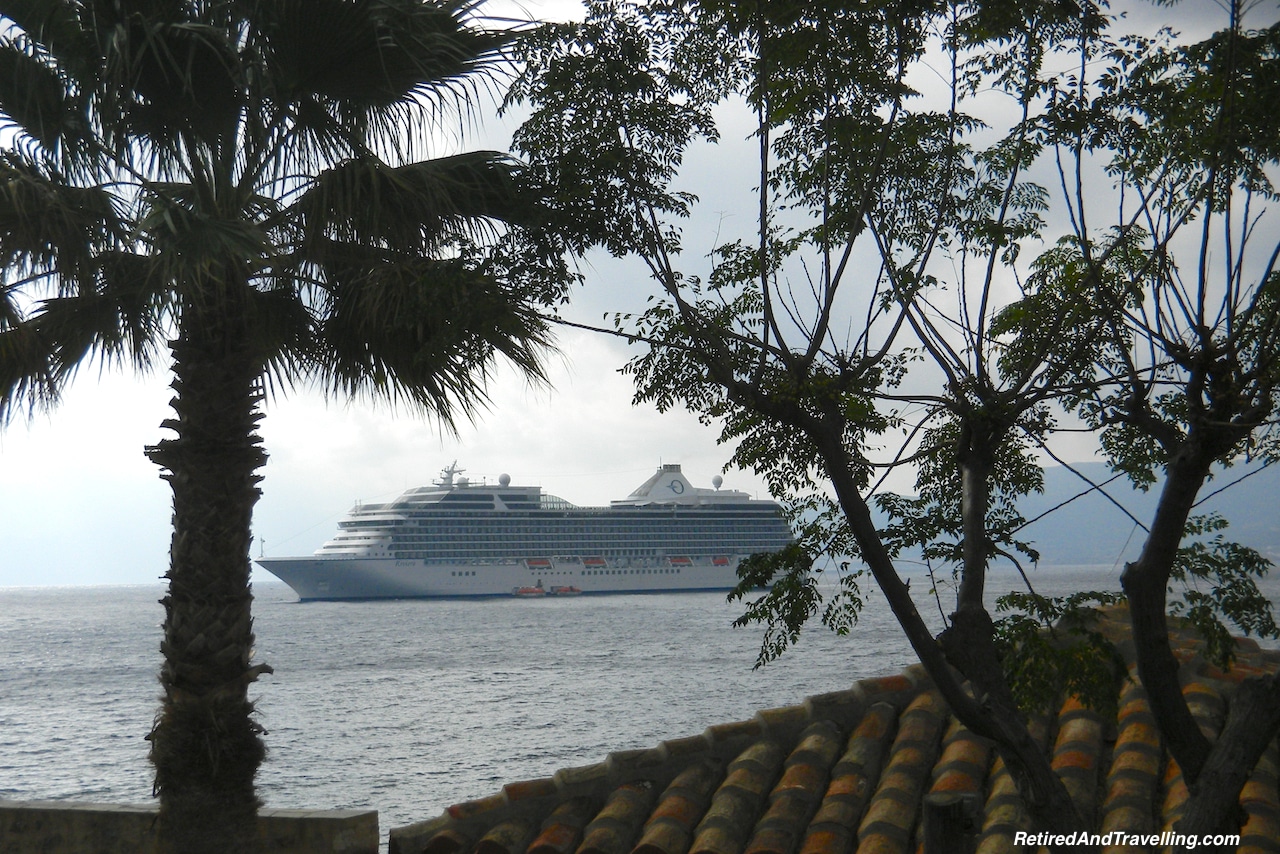 If you are visiting Athens, you should consider a trip to Monemvasia. There were several very nice bed and breakfast style hotels on the peninsula. It was only a 5 hour drive to Athens. It would be a nice place to chill out for a few days when traveling around Greece.

Mainland Greece is large and a visit to Athens should be on every Greek itinerary. But don’t miss a chance for a historical tour of the Greek islands. Monemvasia is an easy trip from Athens for a few days. Delos is a short hop from Mykonos and worth a day trip. These islands will not get you the iconic blue and white vistas of Santorini and Mykonos. But they will give you another great perspective on Greece.

Have you done a historical tour of the Greek islands? Was there another Greek Island that was your favourite? What little piece of forgotten history came back for you? 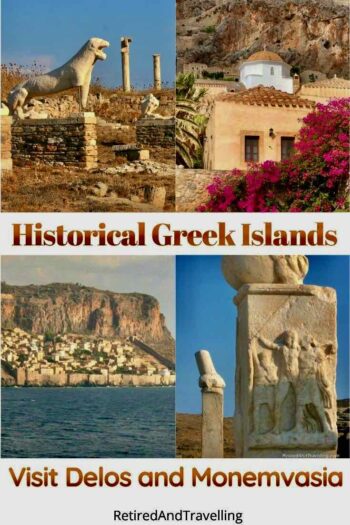