Guatemala was our first exposure to Central America on this 26 day cruise with Oceania Cruises.  The captain expertly parallel parked the ship in the small fishing village of Santo Thomas.  It was our base to explore Guatemala Heart Of The Mayan World. 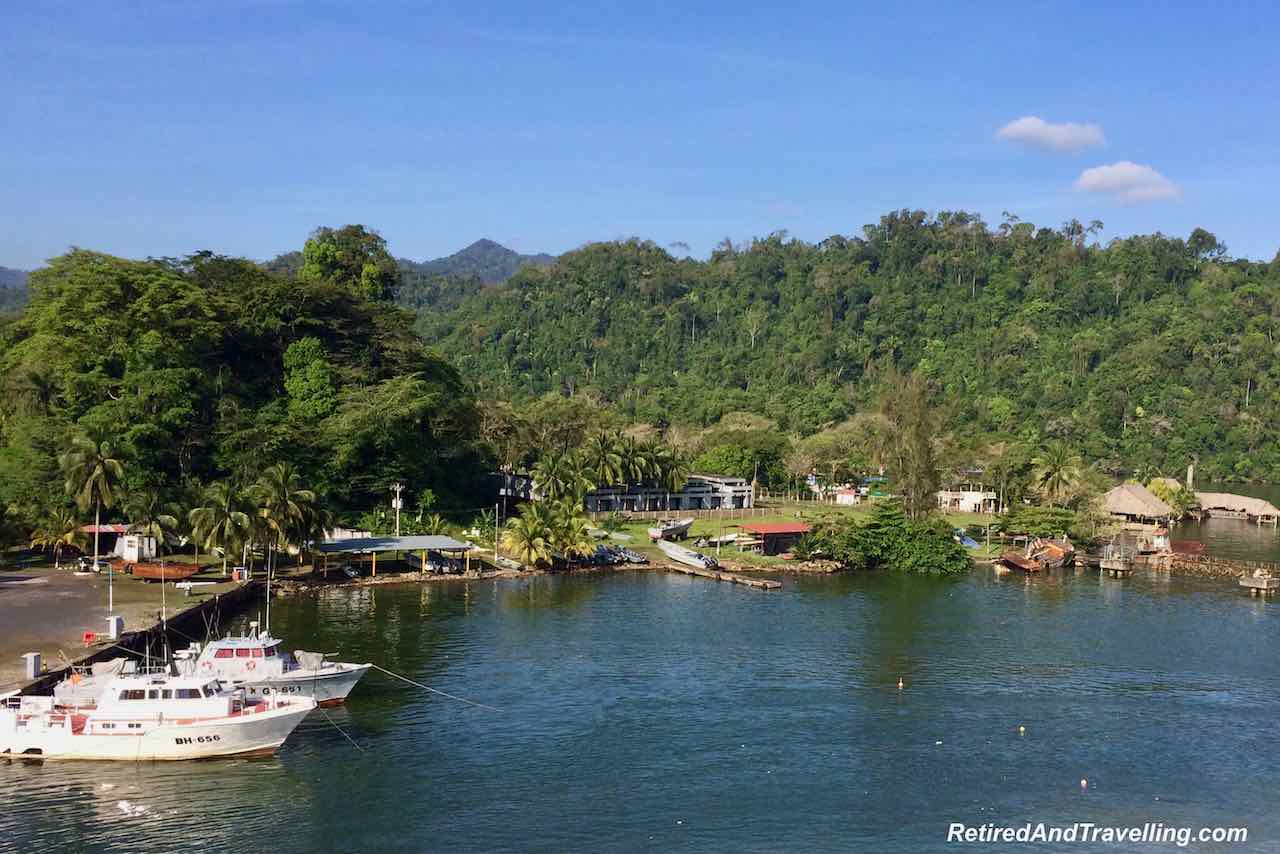 Our cruise ship was docked in a commercial port beside a massive ship loading nickel ore. As the day passed, we saw the ship as it sunk further into the water as it was loaded. 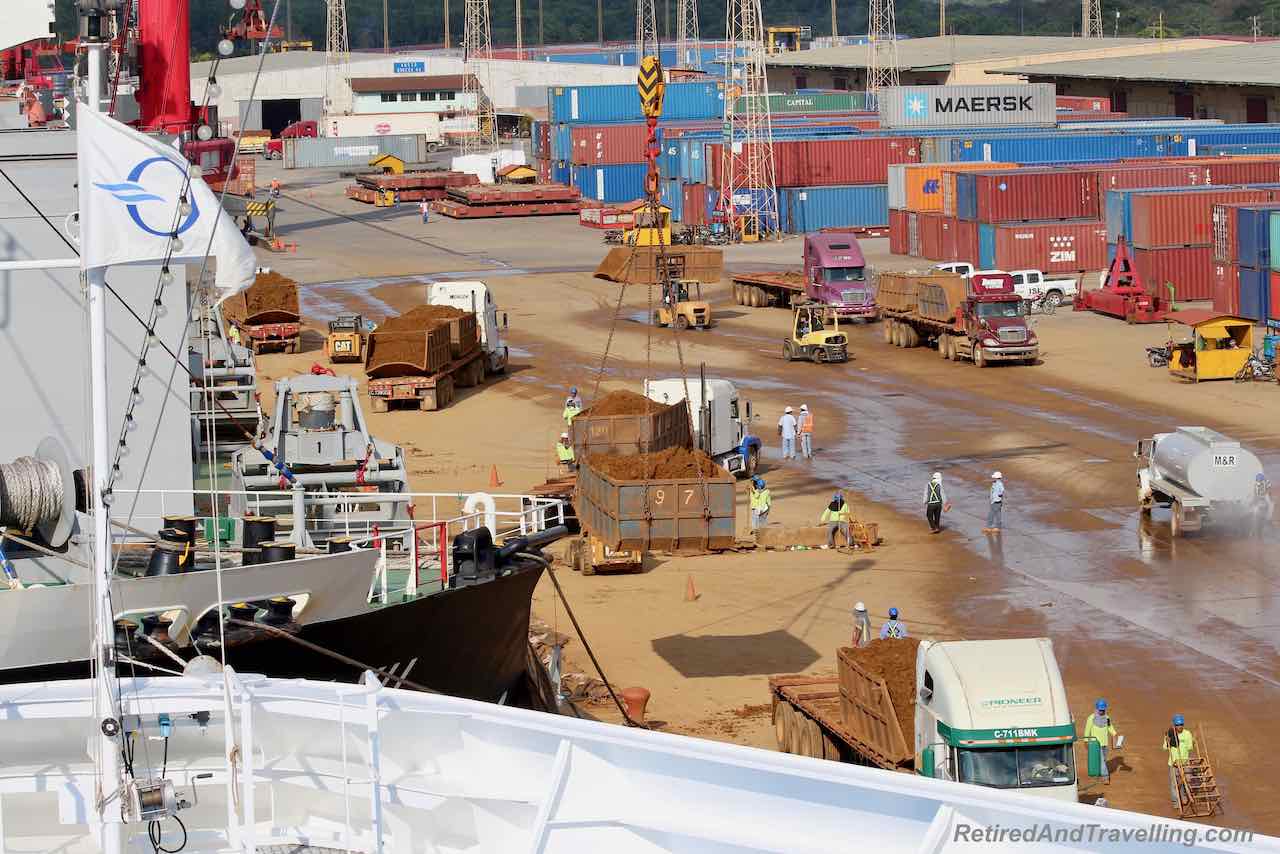 We waited in the lounge for our tour number to be called.  Then we got our ticket to board the bus and walked through the commercial port to board our bus. While this tour was marketed at a “moderate” activity level, we saw many people struggle as they got onboard the bus.  The large number of mobility challenged cruisers did not let much stop them from any of the tours.

It was an almost 90 minute bus ride to get to the town of El Rellenos.  From there we caught a boat for the next leg of our trip. Our guide Hugo did a great job of talking through most of the drive. He gave us all little “worry dolls”.  These small plastic moulded dolls were in a small bag.  We rubbed them to make our worries go away. We saw the countryside go by us as Hugo filled us with facts about Guatemala. 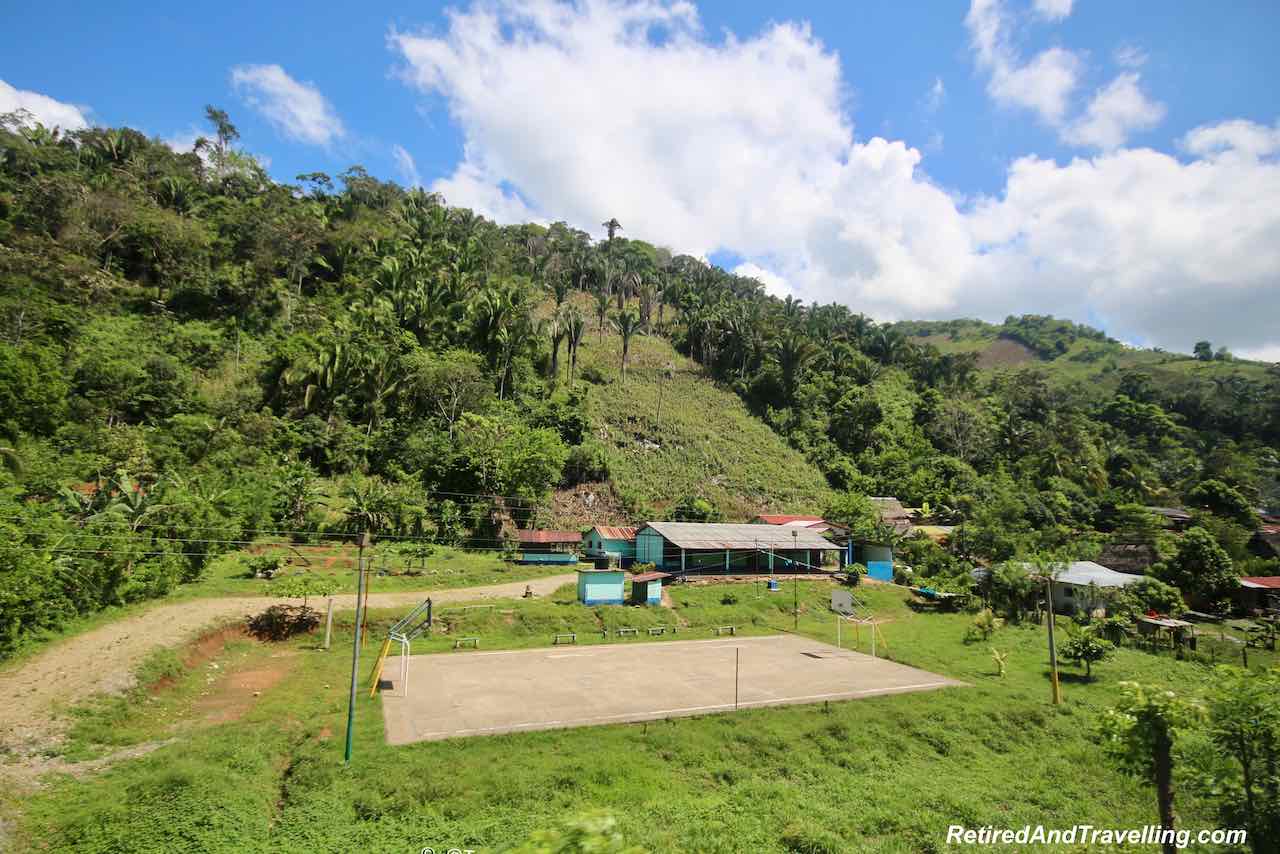 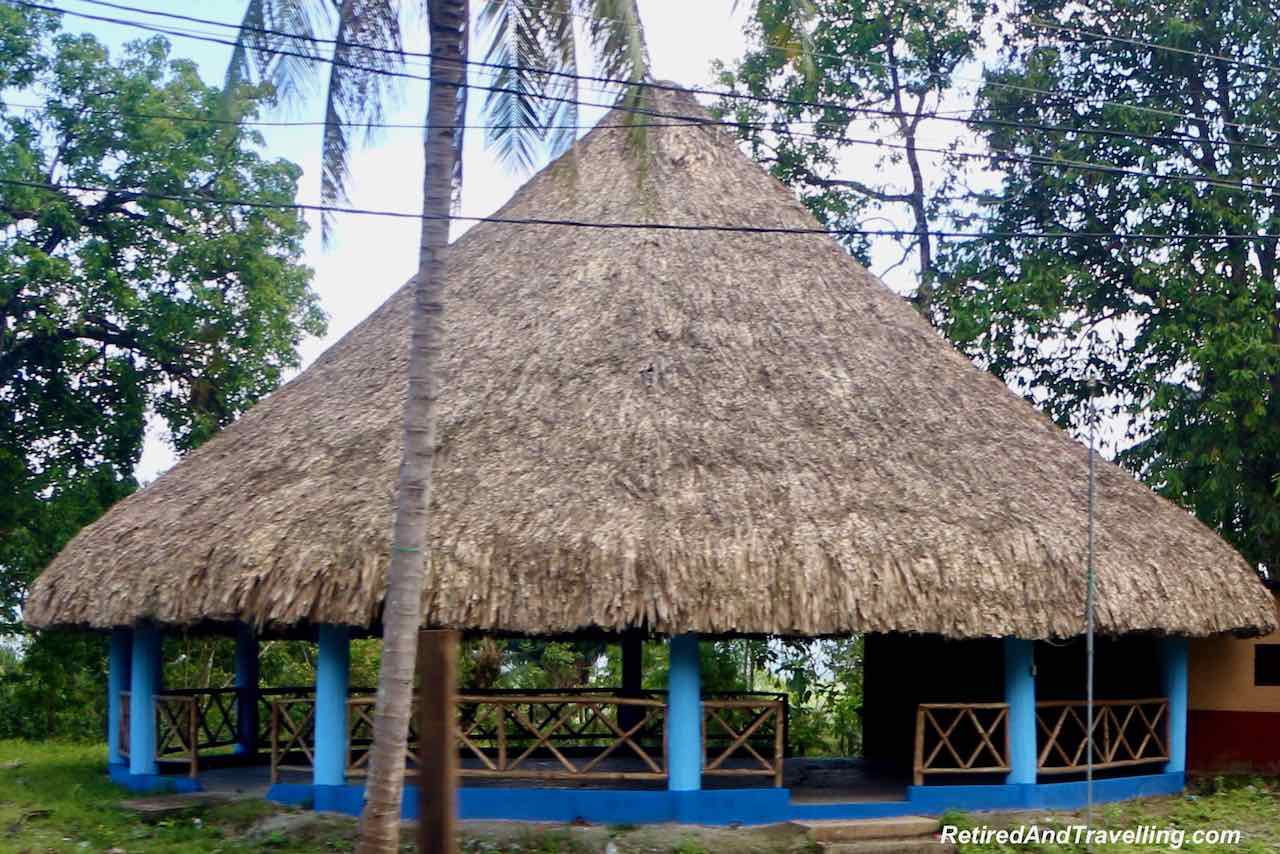 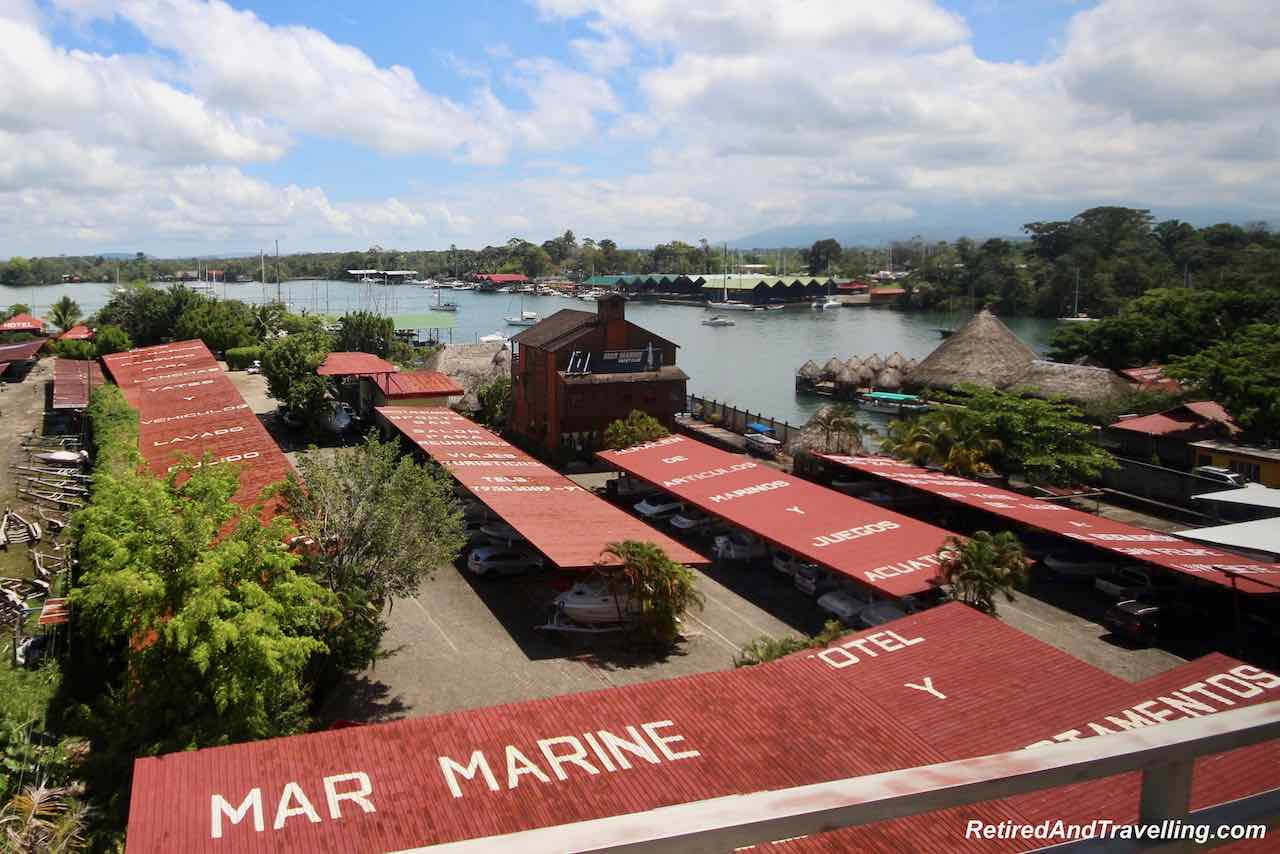 As we neared the huge bridge where the Rio Dulce (“Sweet River”) meets Lago de Izabal, the traffic came to almost a standstill. It was the Wednesday before the Easter weekend.  And we quickly learned that the Guatemalans took Easter seriously. It was a 4 day holiday for most people and families took this time off. Commercial trucks were even banned from being on the roads after midnight on Wednesday! It was clear as we came over the bridge into the little town, that many families were starting their long weekend a bit early. 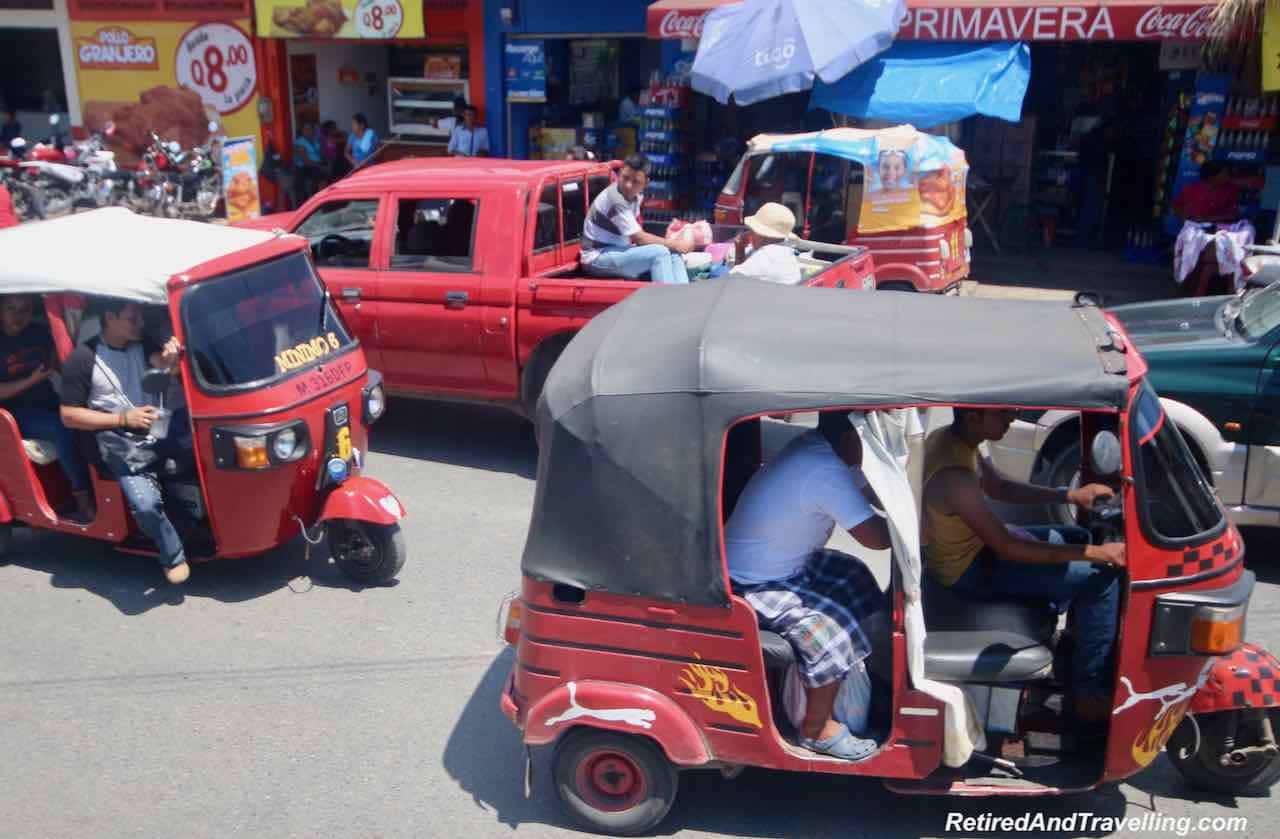 We were told that the best party was held on Saturday. This included a big procession carrying Jesus. We were kinda sorry we missed the big party on Saturday! Other bloggers were in Antigua, Guatemala on Easter weekend and captured great pictures of the processions!

When we got to the little dock, we were split into groups.  We got on our small Lanchas boats and donned our lifejackets. Once we got everyone onto the rocking boat, the driver raced onto the river. We had thought we would get a gentle ride on the river.  But the river traffic had no “no wake” rule and boats raced every which way.  There were seadoos, fast speedboats and a large group of Lanchas that ferried locals and tourists. 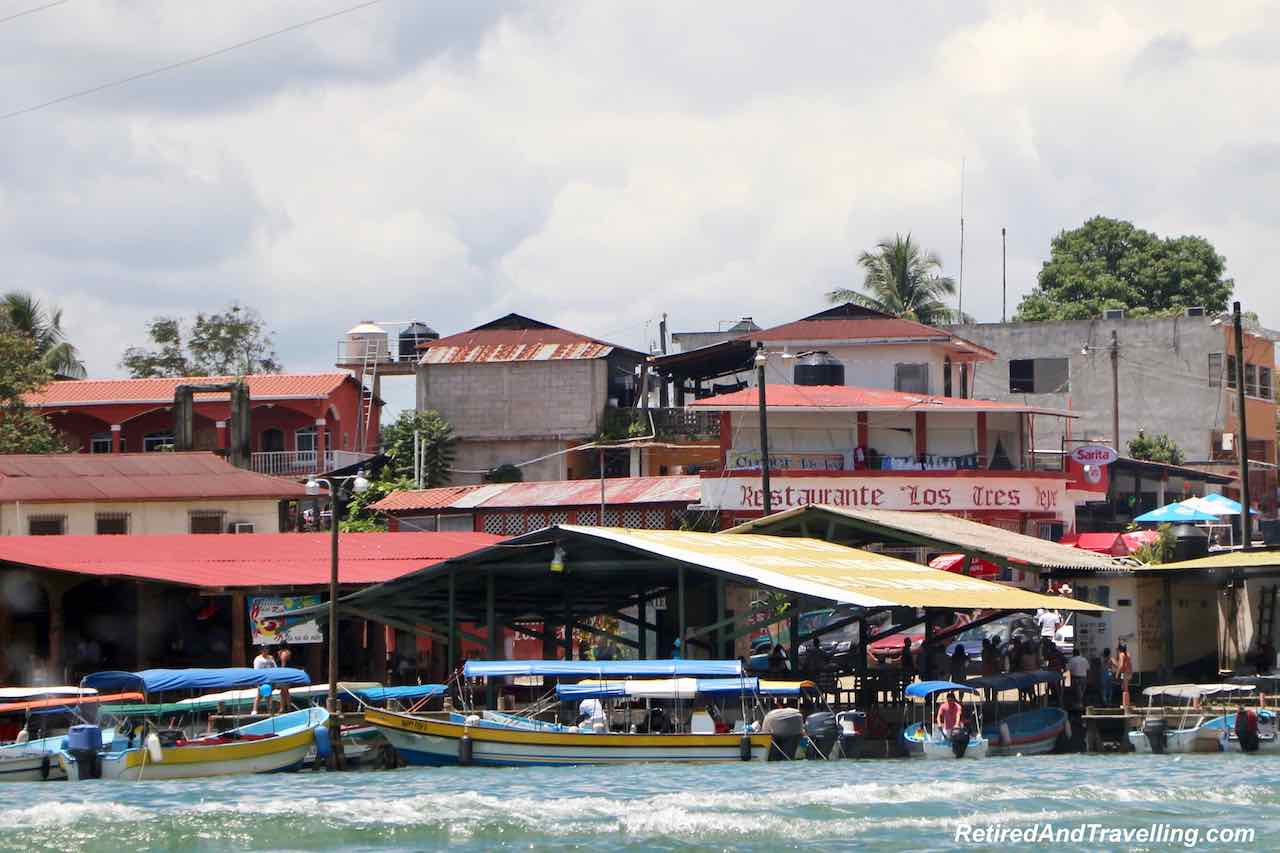 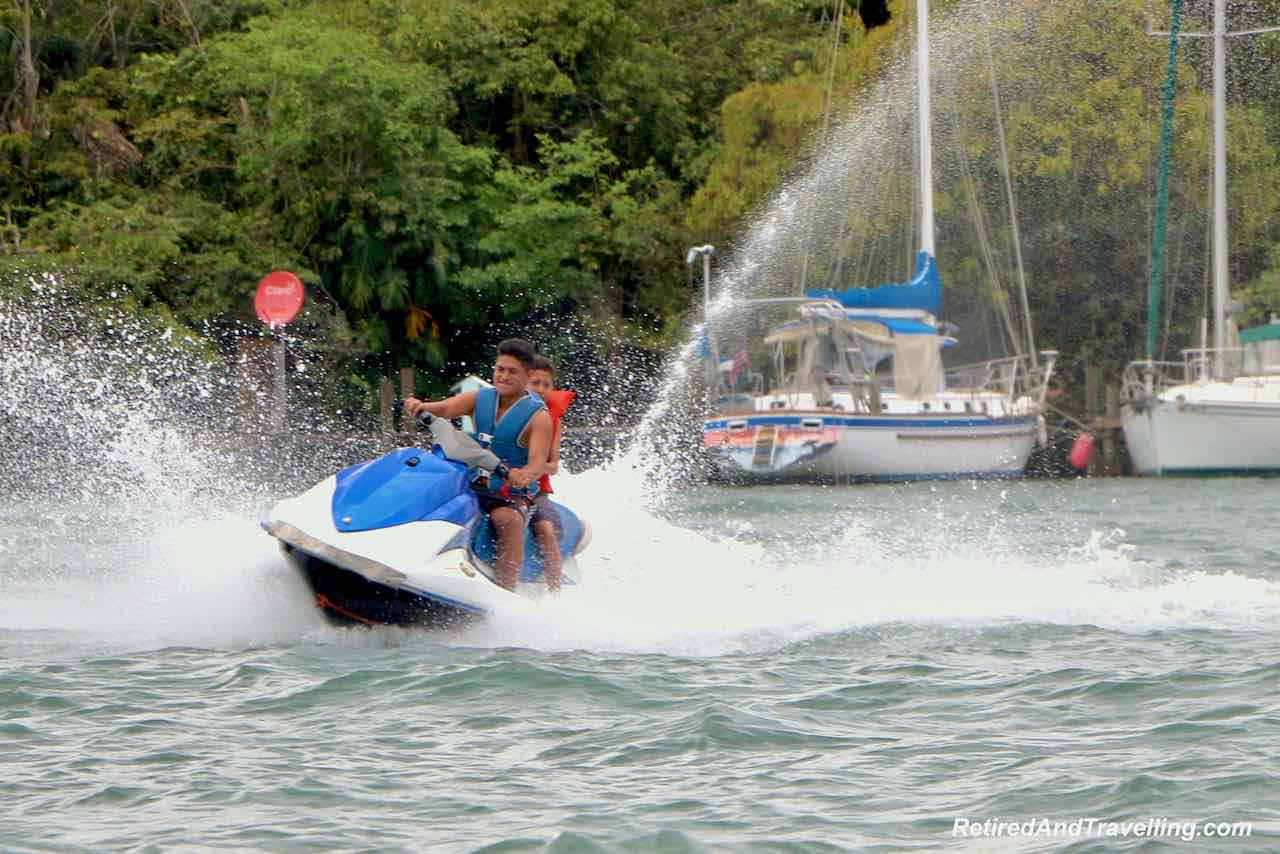 After a short but exciting boat ride we approached Castillo de San Felipe de Lara.  The boat docked and we went for a short walk around. 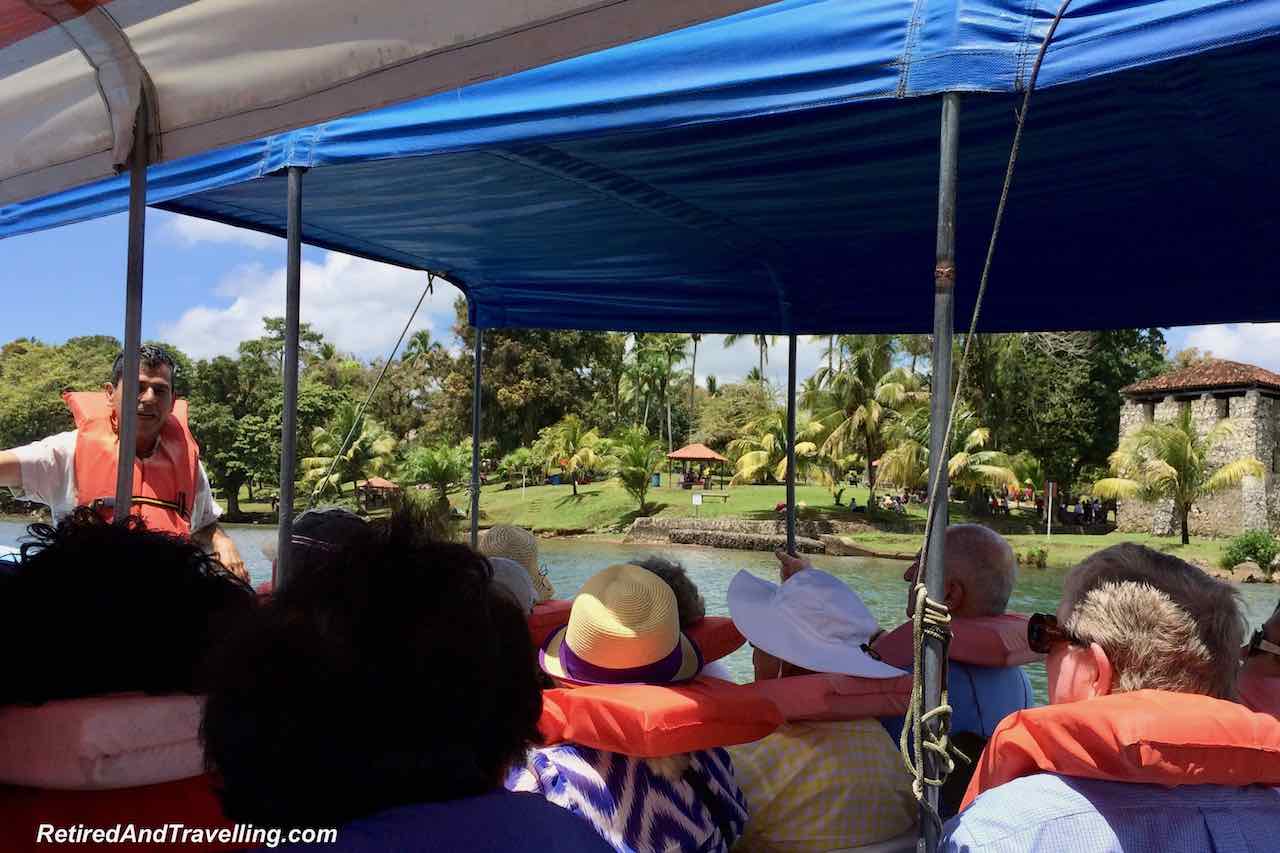 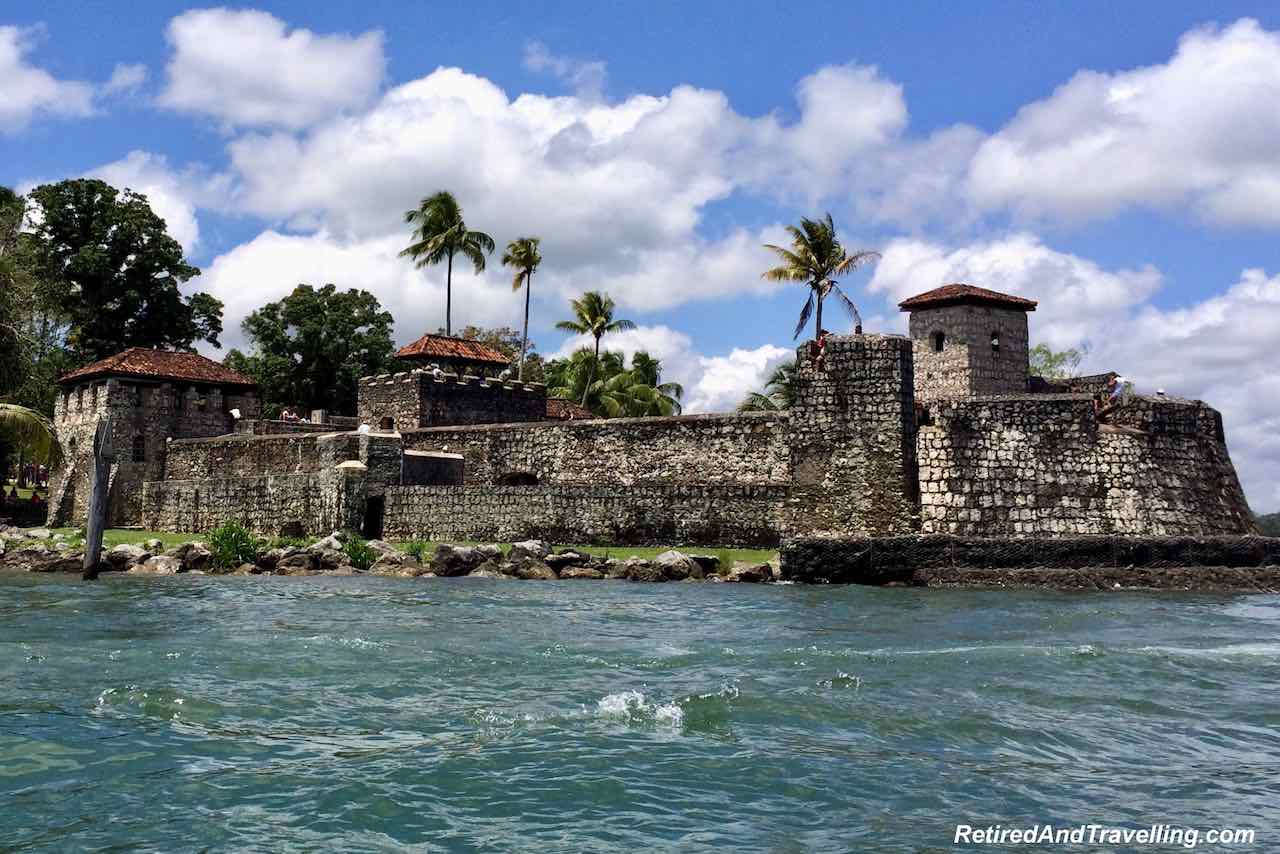 The grounds were full of Guatemalan families picnicing and enjoying the sun and the water.  We trooped past them to the well restored fort for a visit. 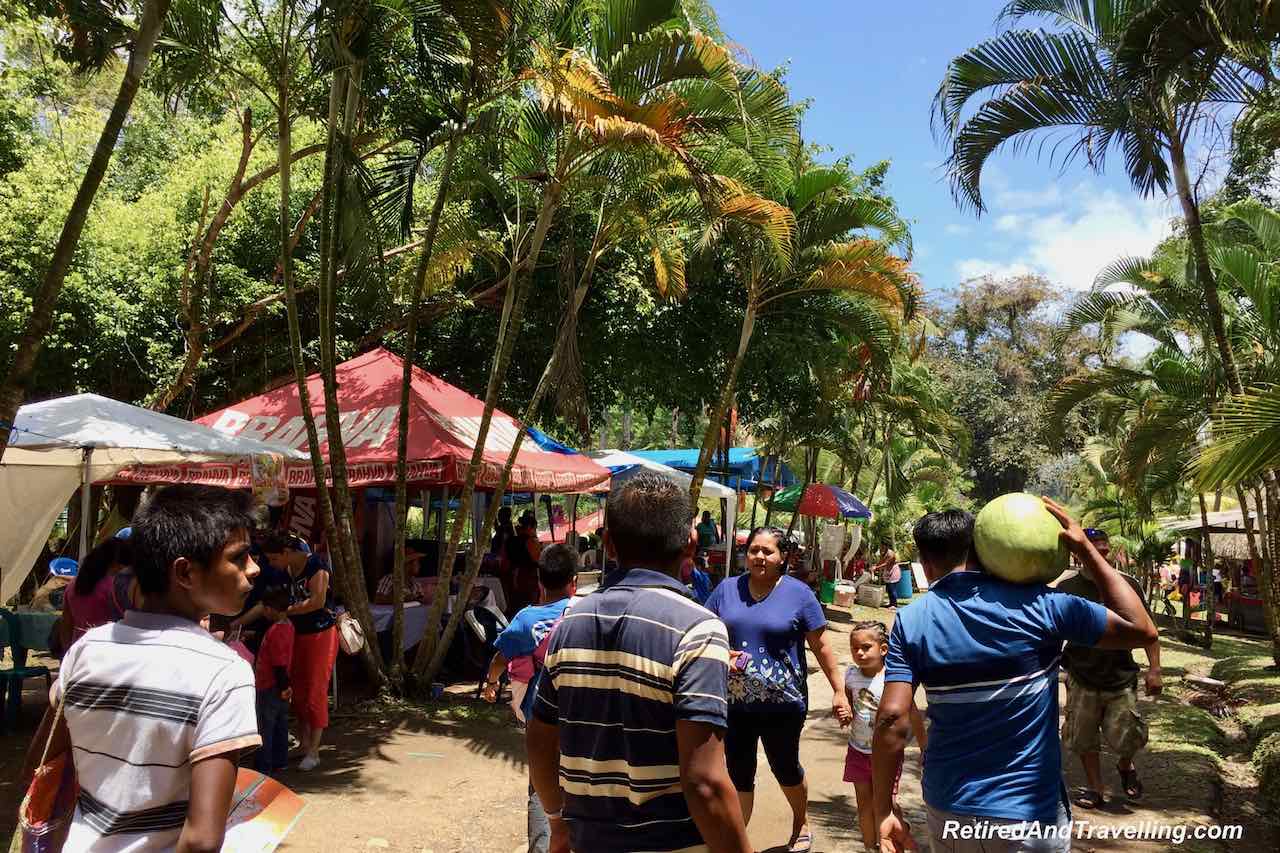 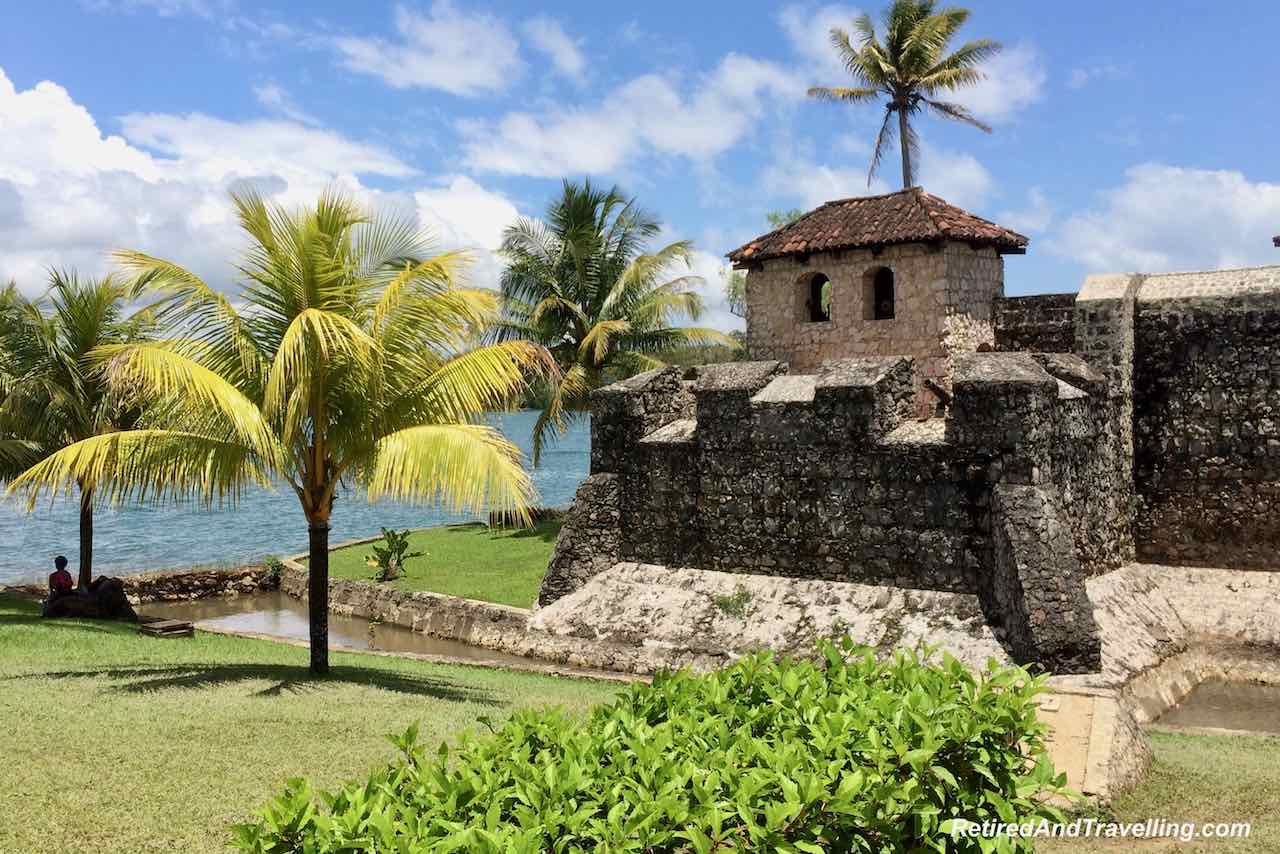 Re-boarding the Launchas, we headed back and went under the large bridge over Rio Dulce and stopped at the bird sanctuary island. Who was watching who? 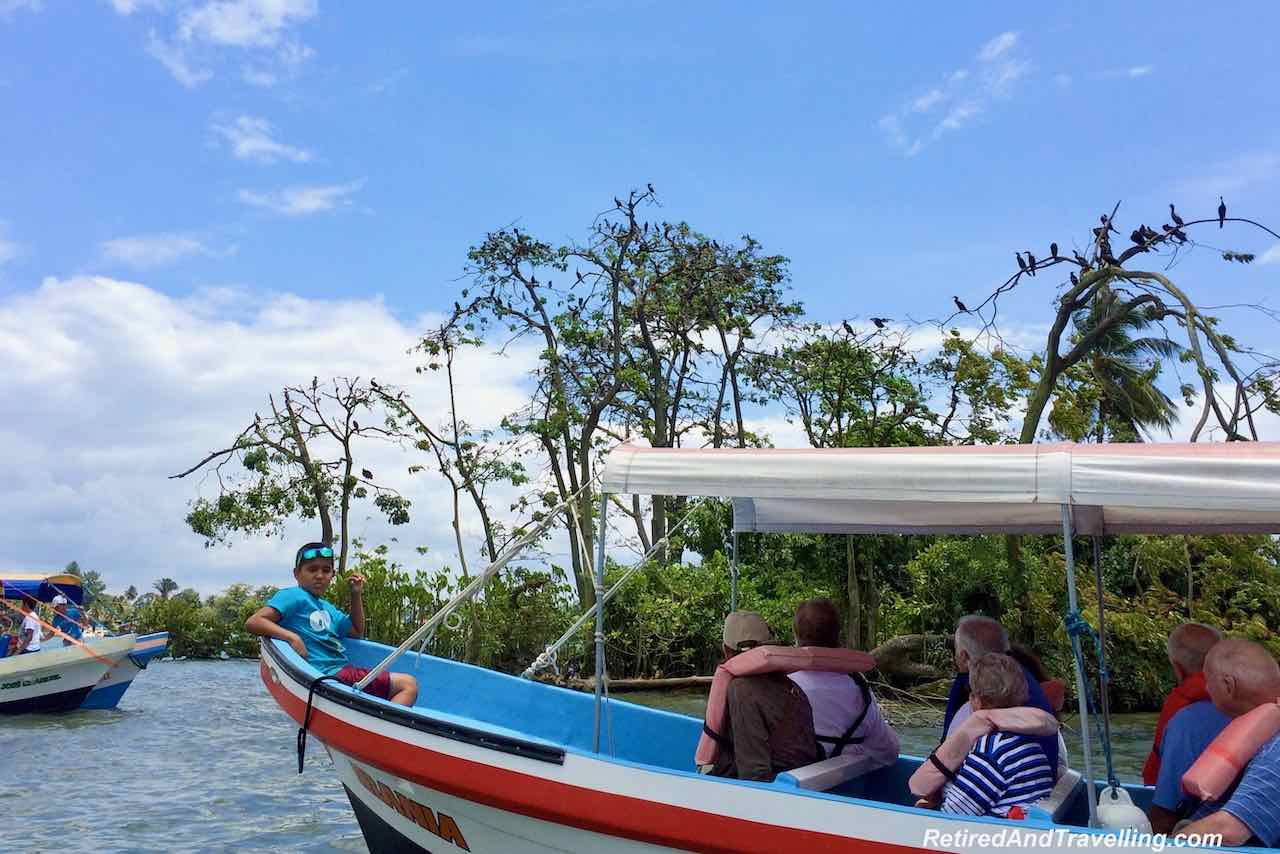 From there we had a short stop at the Catamaran Hotel for a snack and a walk around this very local resort. We had a chance to shop for clothes and fabrics hand woven by locals. 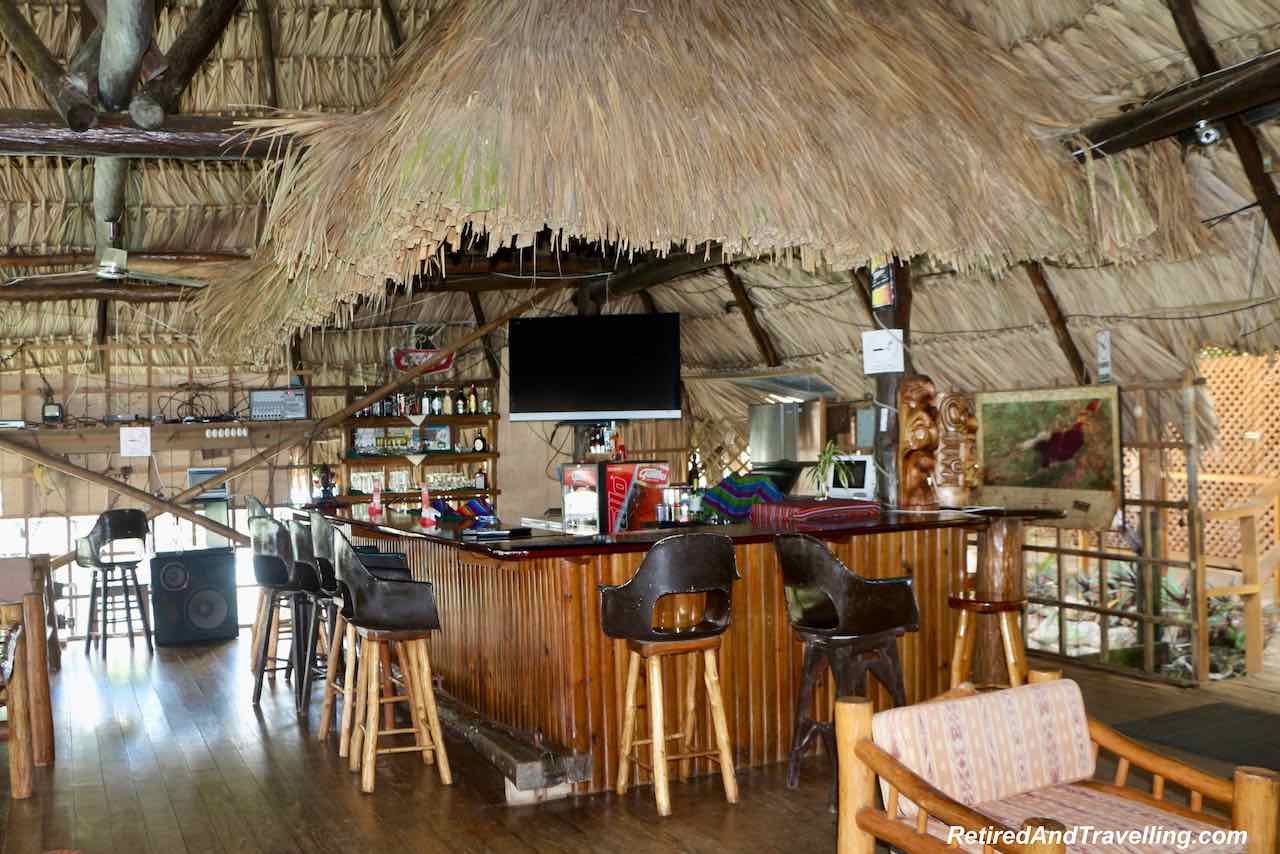 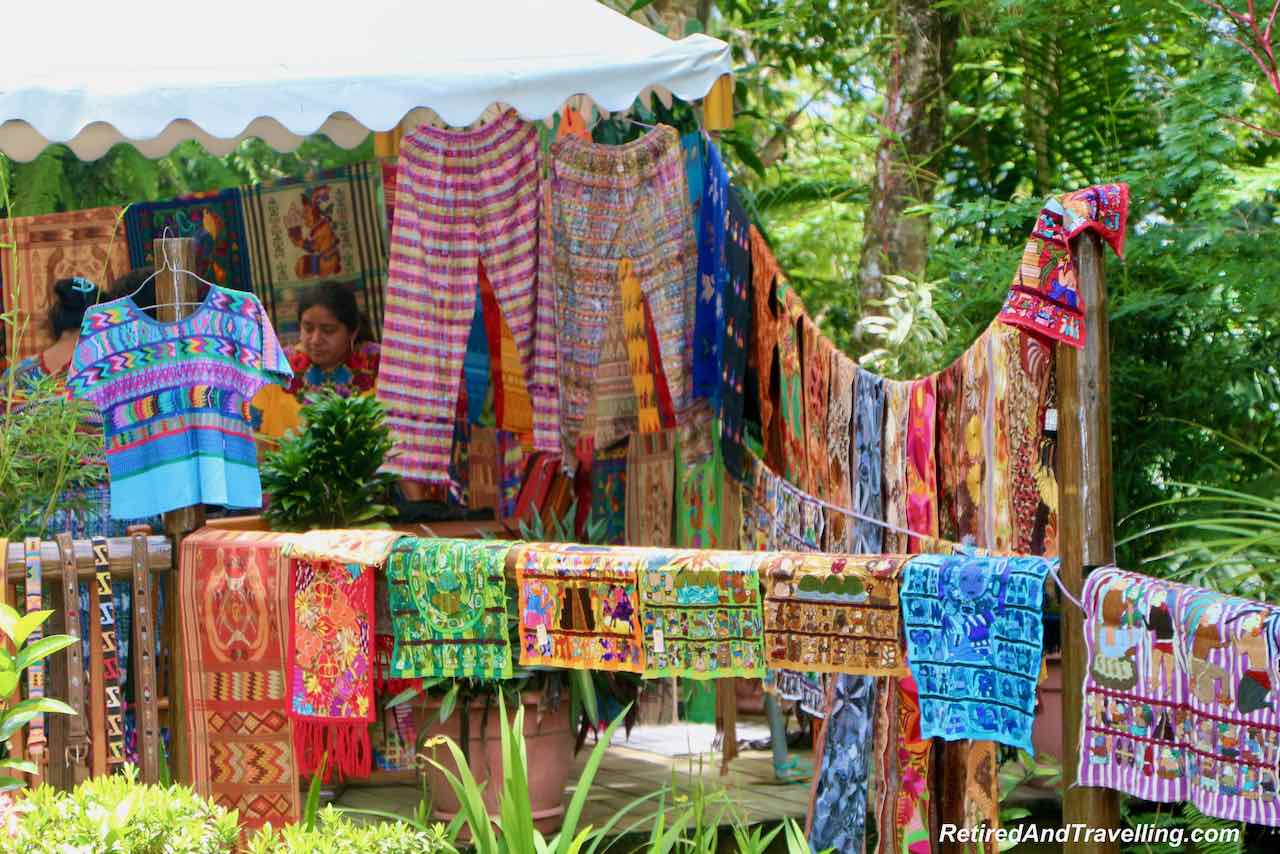 Hugo had very smartly moved the bus out of the crazy busy town of El Rellenos.  We were picked up at a place on our route out of town.  Hugo again rattled on the return trip to the ship.

One of the key points Hugo made was how different this eastern coast of Guatemala was from the central and western parts. When we transited through Santo Thomas, we noticed how poor and ramshackle much of the town looked.  And this got no better as we moved into the countryside.

Hugo highly recommended we try the town of Antigua if we returned. This was echoed by others we met who travelled to Guatemala before. Apparently when you cruise on the Pacific side, your day trip options include Antigua.

It was a long day sitting mostly on a bus. We got a little taste test of Guatemala Heart Of The Mayan World.  But we would likely not return to this part. But we soon learned that many of the countries we visited in Central America on this 26 day trip (Costa Rica and Panama) were mostly commercial ports.  And they were poorer on the Caribbean side we travelled. I guess that meant we would be back to visit the Pacific side!

A Little More About Guatemala

Some of the things we learned from our knowledgeable guide along the way:

Have you visited Guatemala? What is your favourite part of Guatemala Heart Of The Mayan World? Did I miss a key tidbit of info about Guatemala? 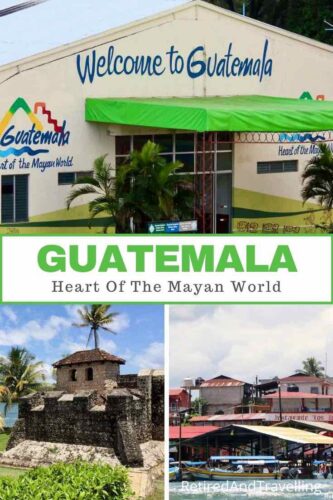 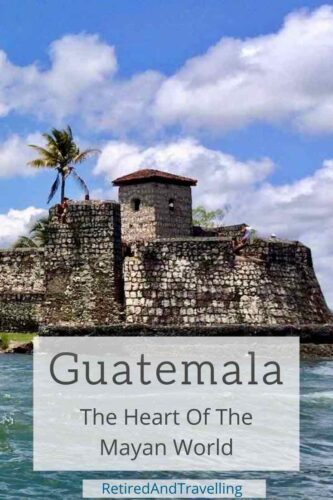