Cruise ships provide a wide variety of entertainment and music – typically geared to the audience demographics.  We would try most of the entertainment offered on the ship over our 26 day cruise but the Pudra String Quartet may have been our favourite!  It was not your mother’s string quartet!

When you think of a string quartet, do you think about it being grandma’s music? Would you immediately steer clear? We were very surprised on our recent cruise to find ourselves continually amazed by the music of the Pudra String Quartet!

The women of Pudra were the most outstanding entertainers that we have ever had the extreme pleasure of listening to onboard a cruise ship – whether it was the stage performance, afternoon tea or by the grand staircase. We always stopped and gladly listened to the sounds of their strings. 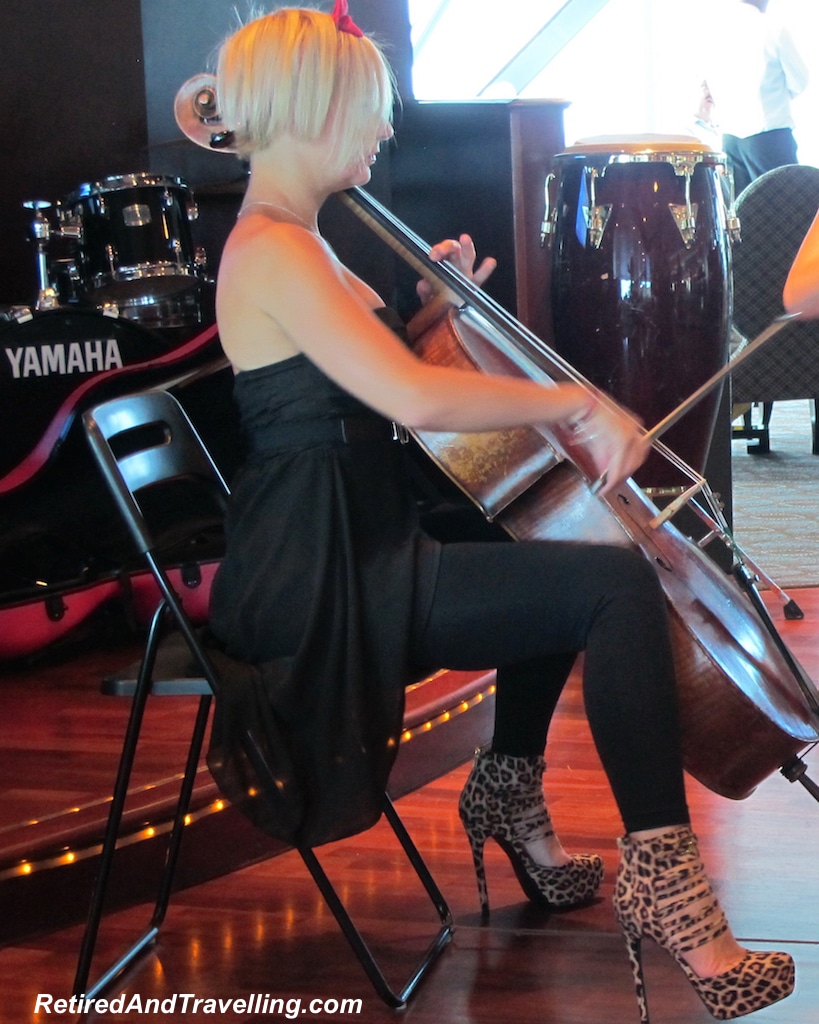 It was not hard to find Pudra onboard the ship. They played in the main foyer several times in the early evening and as you walked to the main dining room you were serenaded. The seats were always full! If you indulged in afternoon tea, Pudra was there to entertain. We were delighted to find them the star attraction for one evening entertainment session and who could pass on a string quartet doing a show titled “Rock On”?

The Eclectic Music Breadth of the Pudra String Quartet

Pudra had an amazingly broad repertoire of music that they worked through and it was not your mother’s string quartet. While they most certainly could perform all the classical music, it was when they went beyond this that we were awed. One night we heard them doing a number of seafaring tunes that had all heads bopping to the music.

But it was their collection of contemporary and rock music that caused us to consider string bands in a whole new light. We never knew string instruments could make so many different sounds! It may have taken us a minute to match the string version to the original, but the string composition added an interesting twist to many favourites. Have you ever heard the Beatles all played with string instruments – Hey Jude, Yellow Submarine and a host of others? The Rock On spectacular started with Led Zeppelin’s Stairway to Heaven! They performed a number of Muse and Metallica songs and the Austin Powers theme music. The Queen selections (Bohemian Rhapsody and We Are The Champions) never missed a beat. If you want to hear it for yourself – you can watch the “Rock On” concert on YouTube!

The variety of music was matched only by the variety of their costumes.  There were ripped jeans for the rock show and corsets for afternoon tea.  Traditional Ukrainian head dresses were worn for concerts by the main staircase.  One look and you knew that this was not your mother’s string quartet! 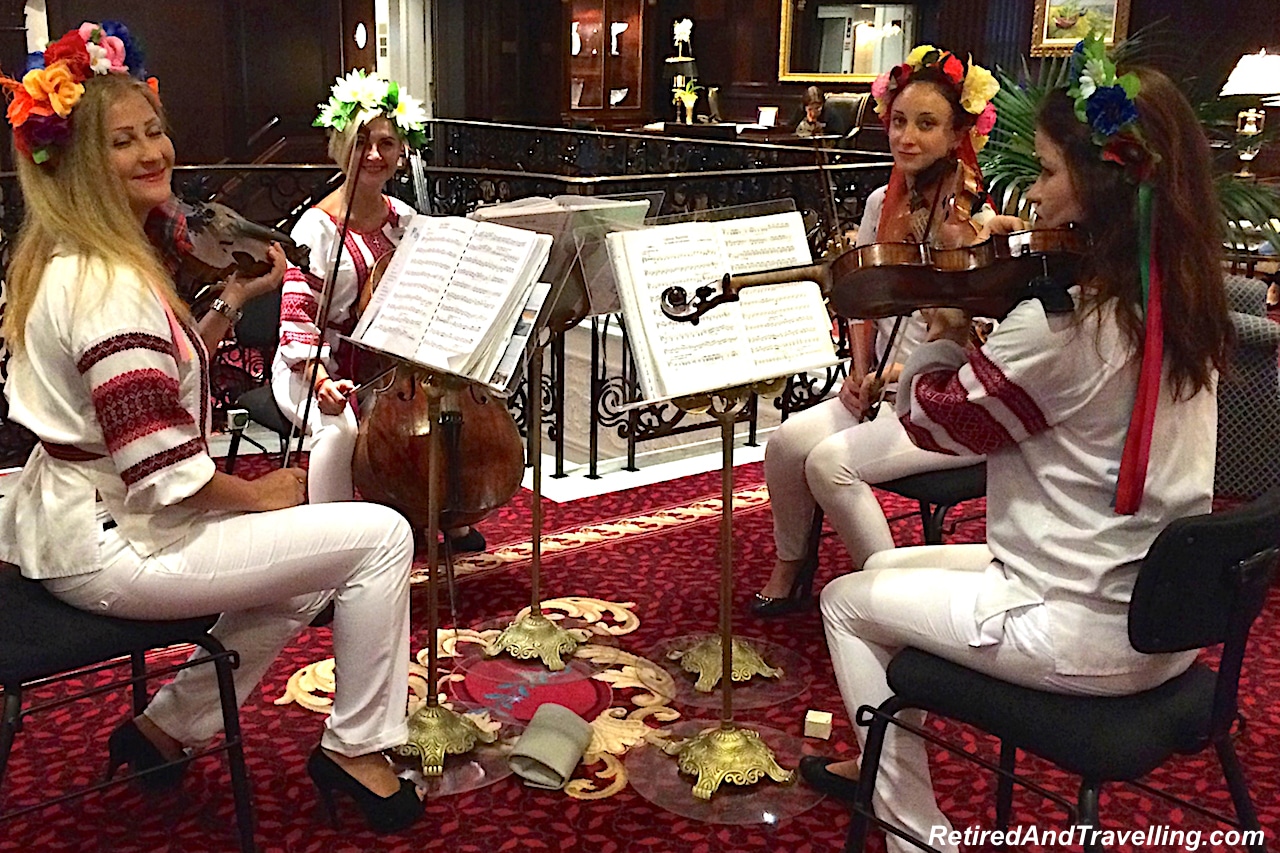 This Was Not Your Mother’s String Quartet

We were greatly disappointed that Oceania allowed Pudra to leave the ship while we still had 12 days left to cruise! The new string quartet on the second half of our 26 day cruise played well.  But it was all traditional string compositions that didn’t draw the same attraction. Pudra did not have a CD for the guests to buy.  Some selections of their music can be found on YouTube or on their Facebook page.

Have you had the pleasure of being entertained on a cruise ship by the Pudra String Quartet? Have you seen another string quartet that stretched your view of “string music”? 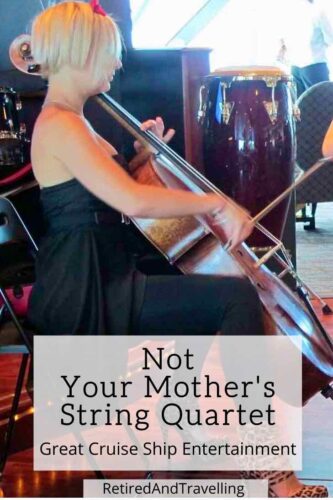