An Easy Day With A Quick Tour Of Stockholm

We were ready for an easy day with a quick tour of Stockholm. We had a very busy few days at the start of our Baltic cruise. After we finished two full days in St Petersburg, we then had another long tour day in Estonia. So we planned to use the Hop-On-Hop-Off bus for a quick introduction to Stockholm. There were a few things that we wanted to see in the city and the bus served as easy transportation.

When we docked at the cruise terminal, we saw a number of large ferries. It was clear these ferries travelled the same route as we did on our tour through the Baltic countries. Maybe next time we would use the ferries for our visit. 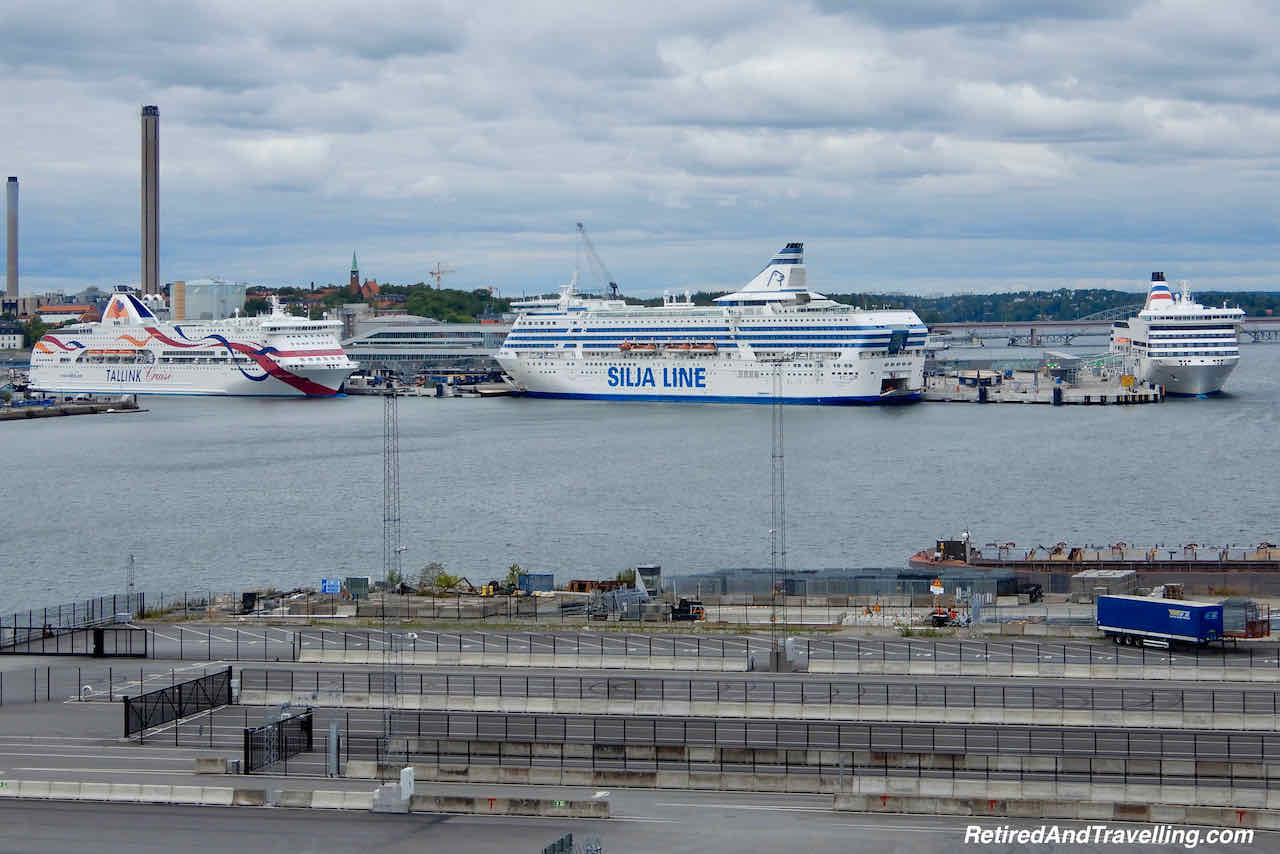 A Great Cruise Into Stockholm

We got up very early and watched the sail in to Stockholm with Oceania Cruises. This may have been my favourite part of the day. We saw from the map that we would sail a very twisty path and be close to shore at many points. 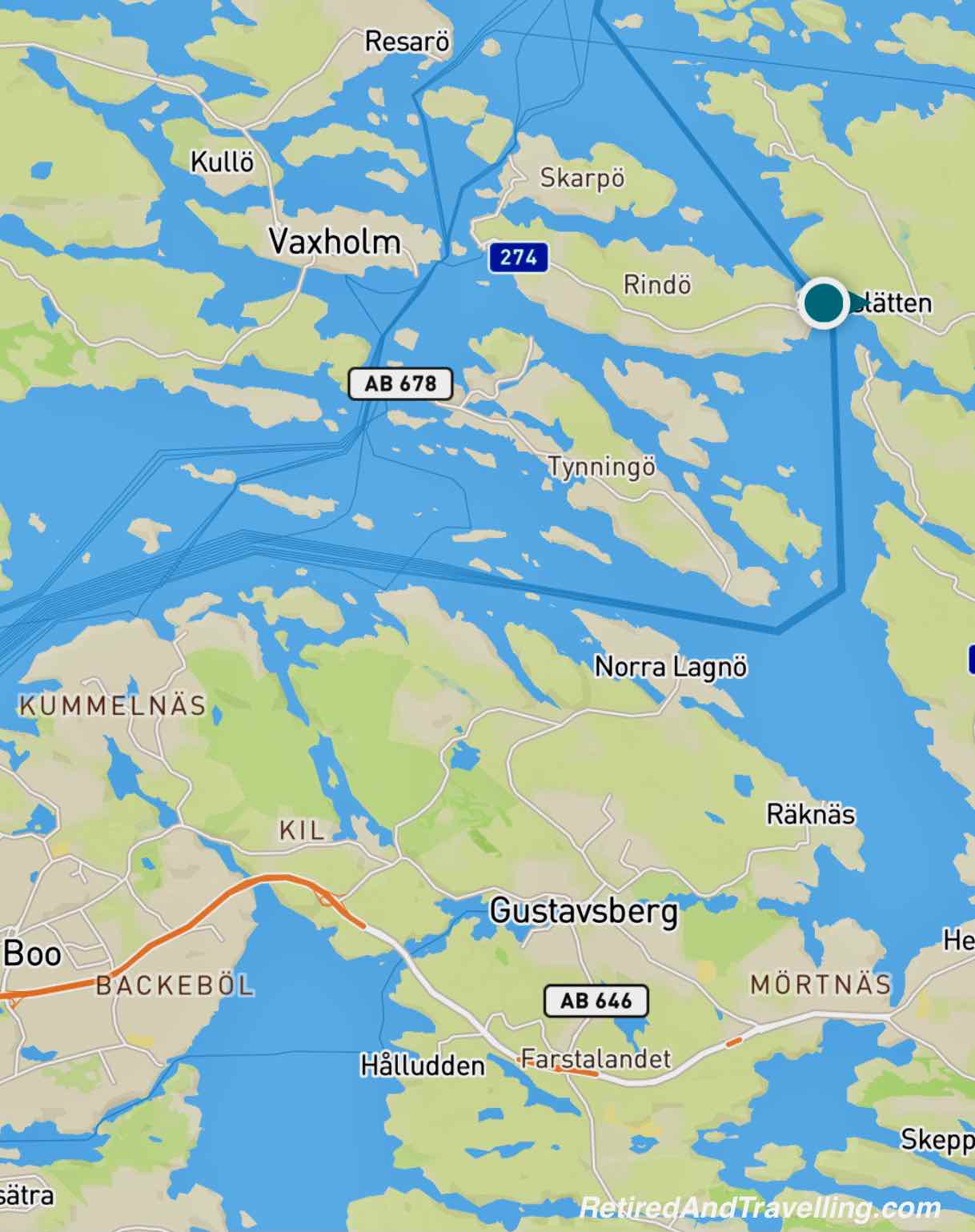 David flung open the curtains at 5am and urged me to get up and look at the view. This was a bit earlier than I planned to be up since it was still dark. He headed up forward to the lounge on the top deck and I tried to go back to sleep. I was unsuccessful and joined him shortly after he left.

My timing was perfect. We got a great view of the sunrise towards the stern of the ship. As we cruised along we got a great view along the side of the passages. It reminded me a little of our cruise through the inside passage up to Alaska. 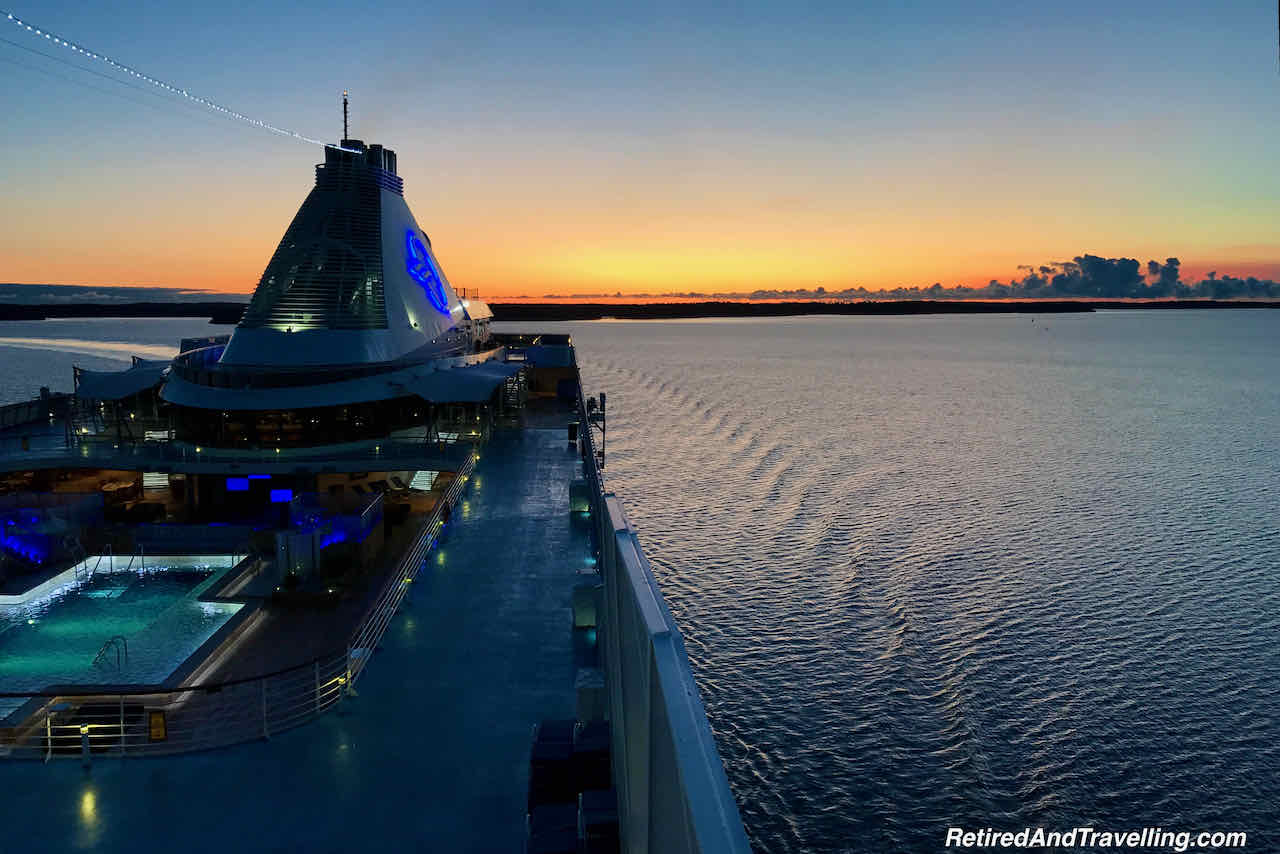 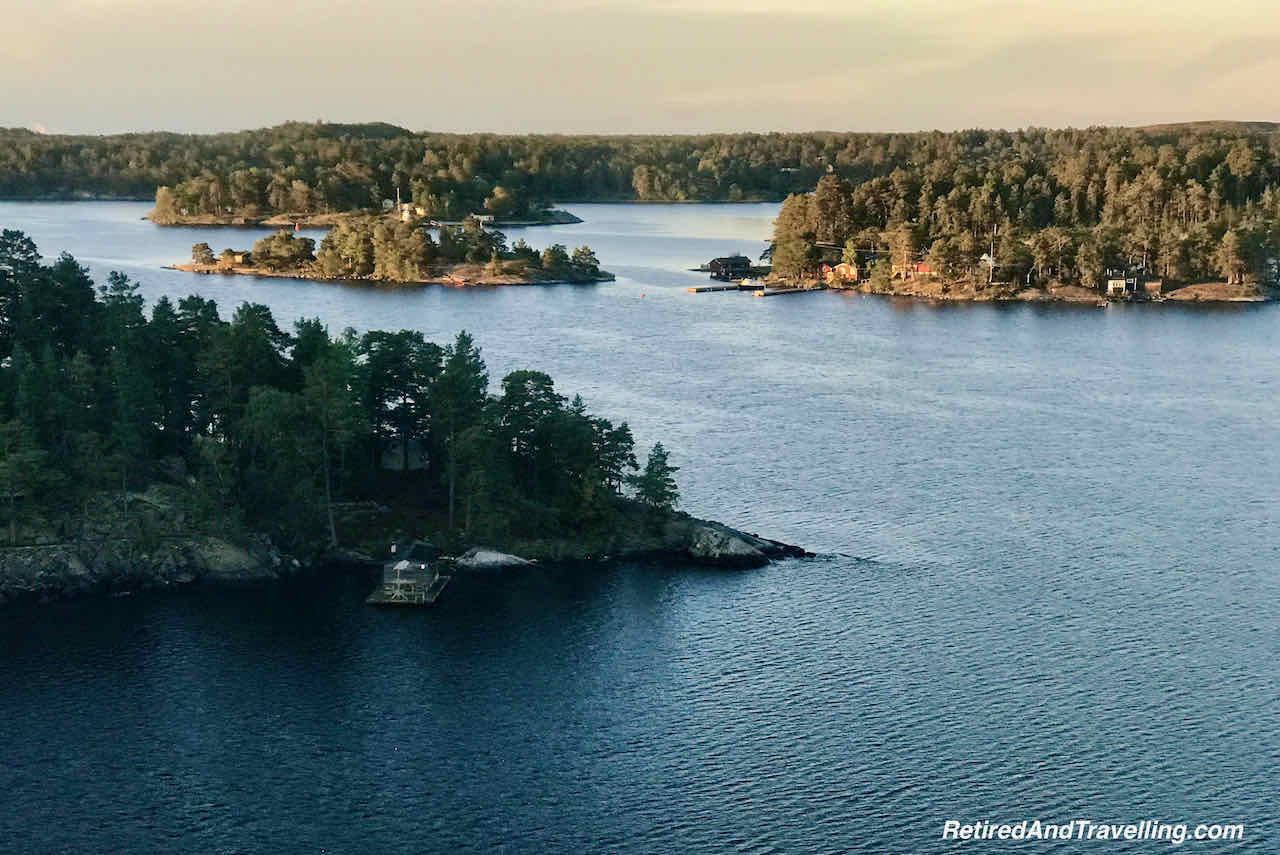 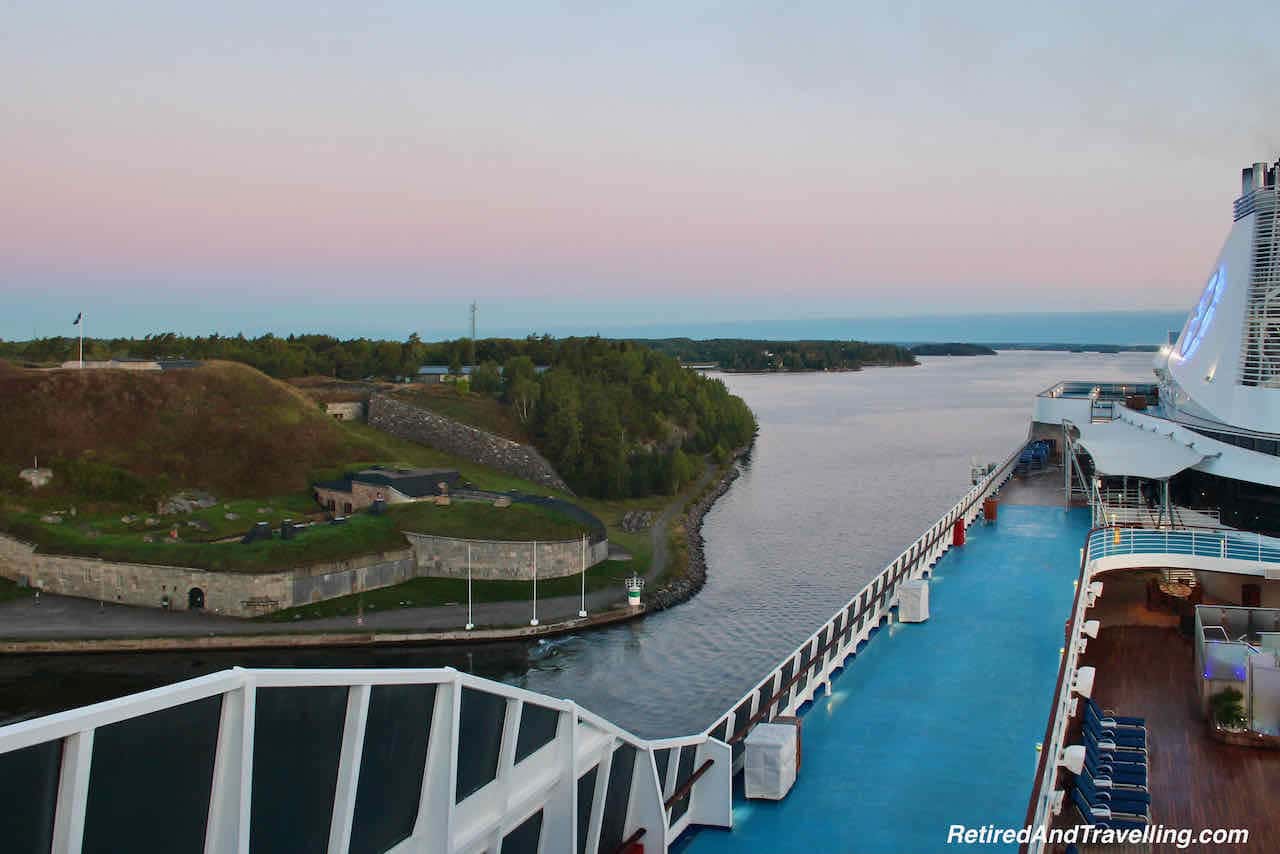 It was a great spot to settle in to work on some blogs and picture editing. 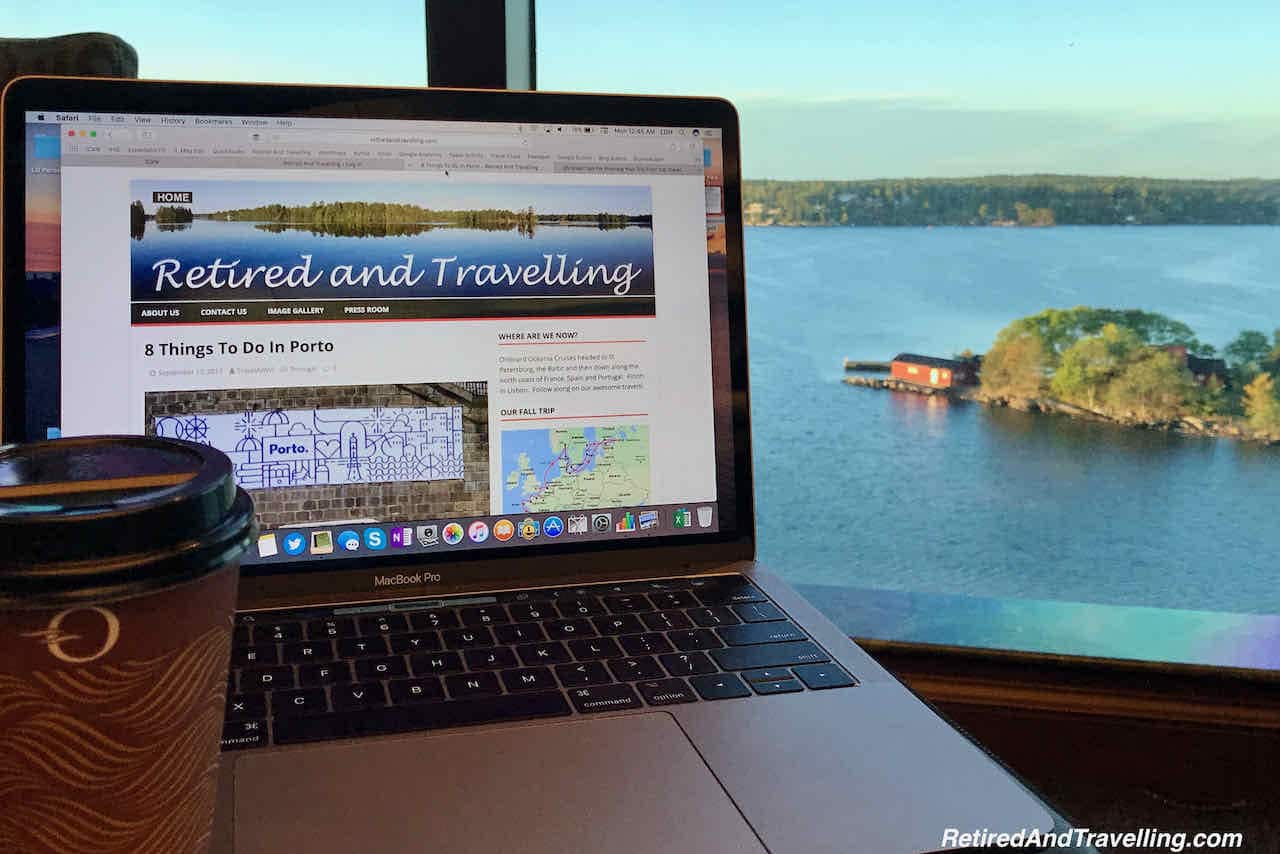 A Quick Tour of Stockholm

We had a great cruise in and the skies were clear. But when we arrived in Stockholm it was cold and cloudy. We were glad we only planned to take the Hop-On-Hop-Off bus for a quick tour of Stockholm. It was even easier when we found that the bus left right from the cruise terminal. 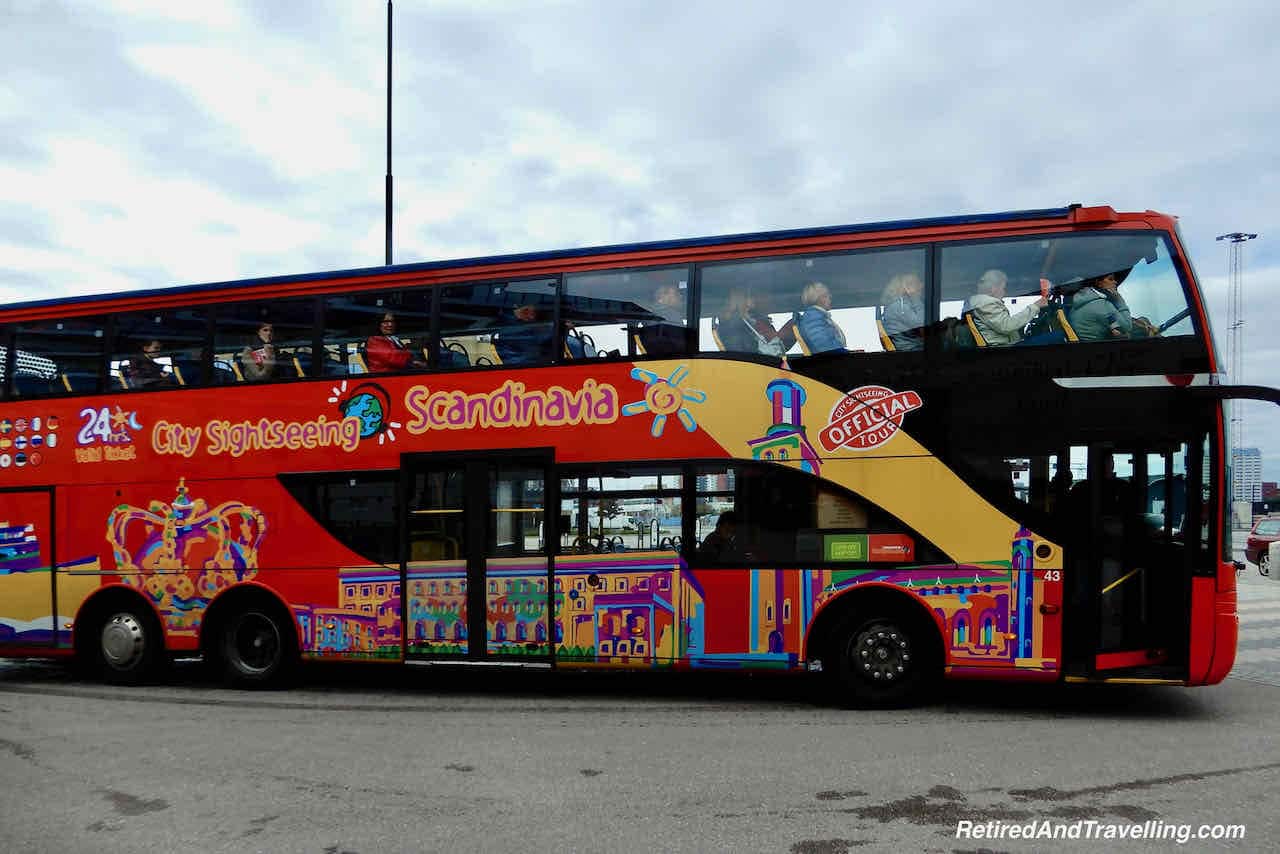 The bus had a retractable roof but it was closed tight. We got a good view from our windows as were moved around the city. There were many things we saw that we would visit on a return trip to Stockholm. 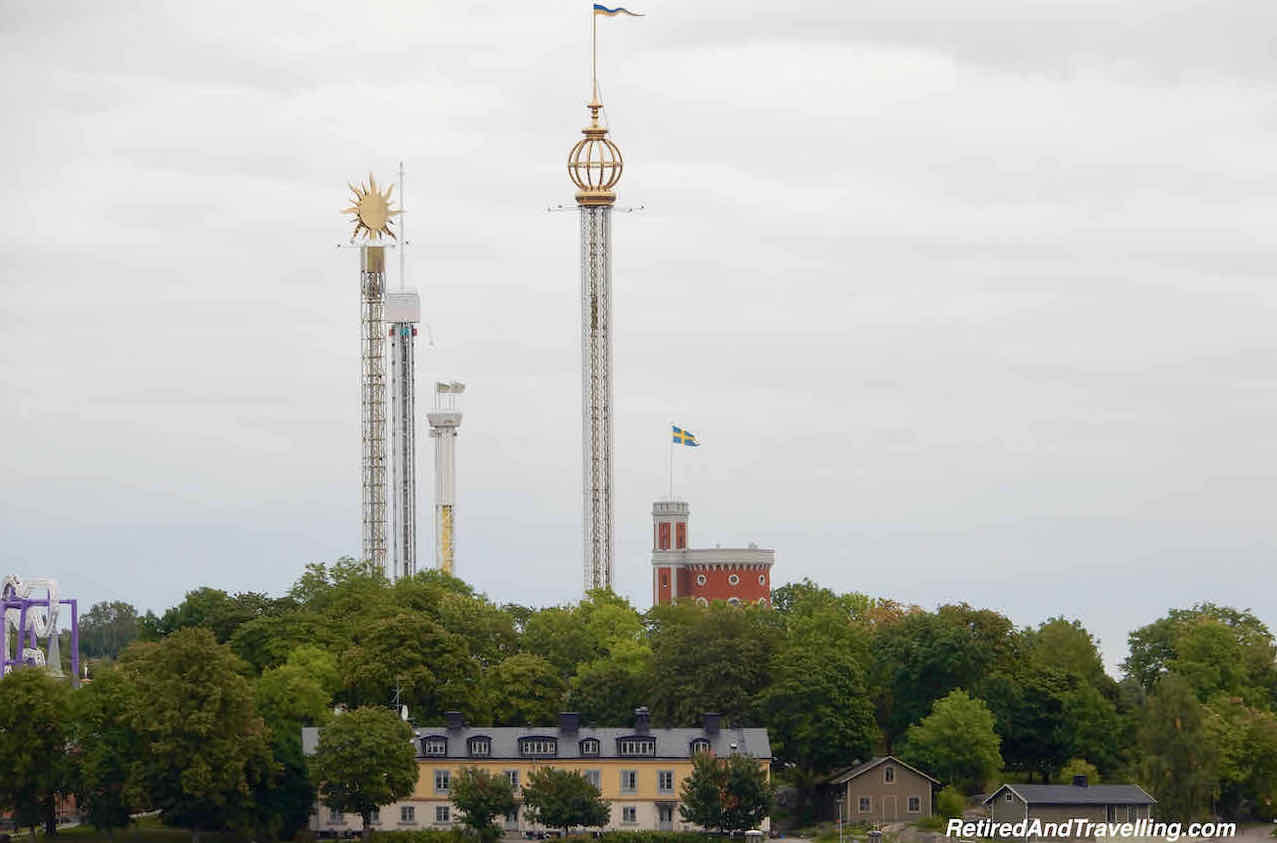 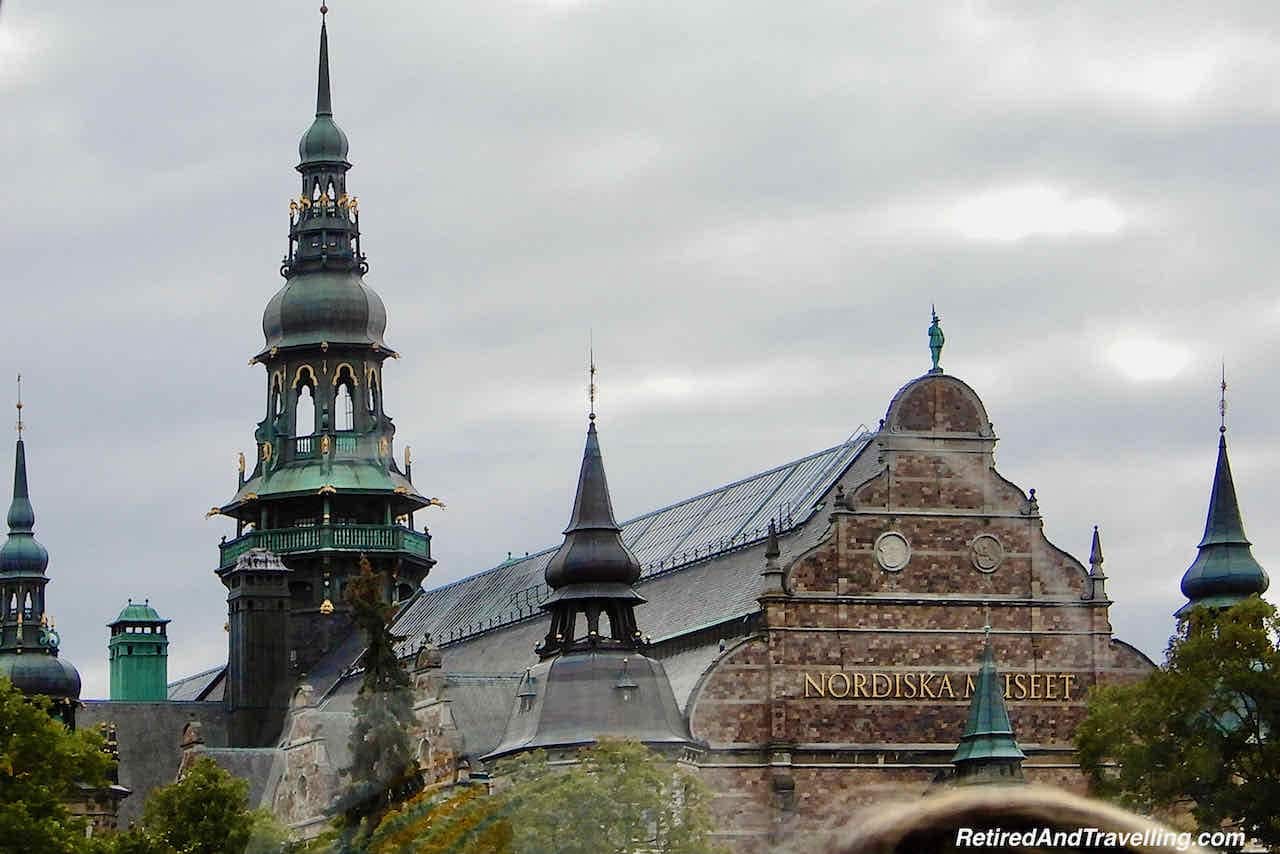 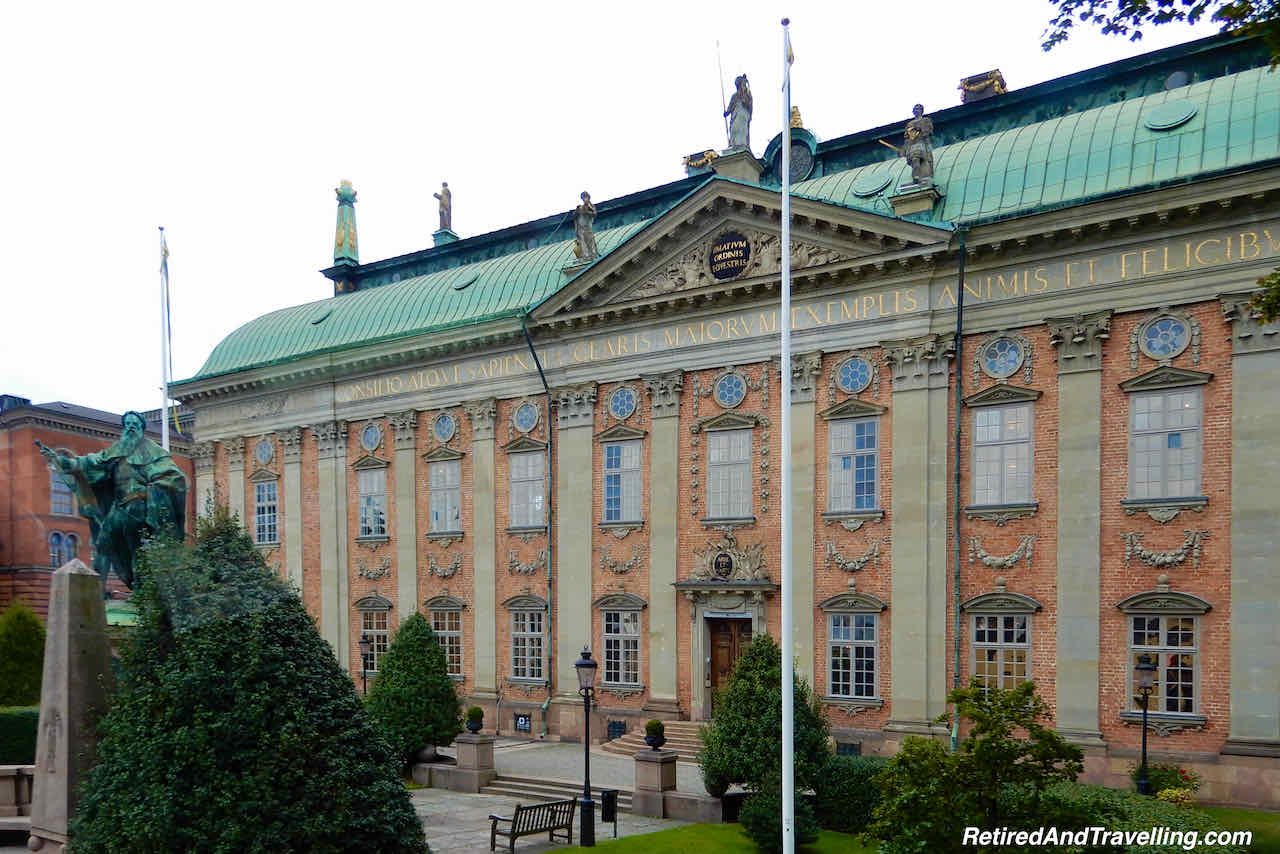 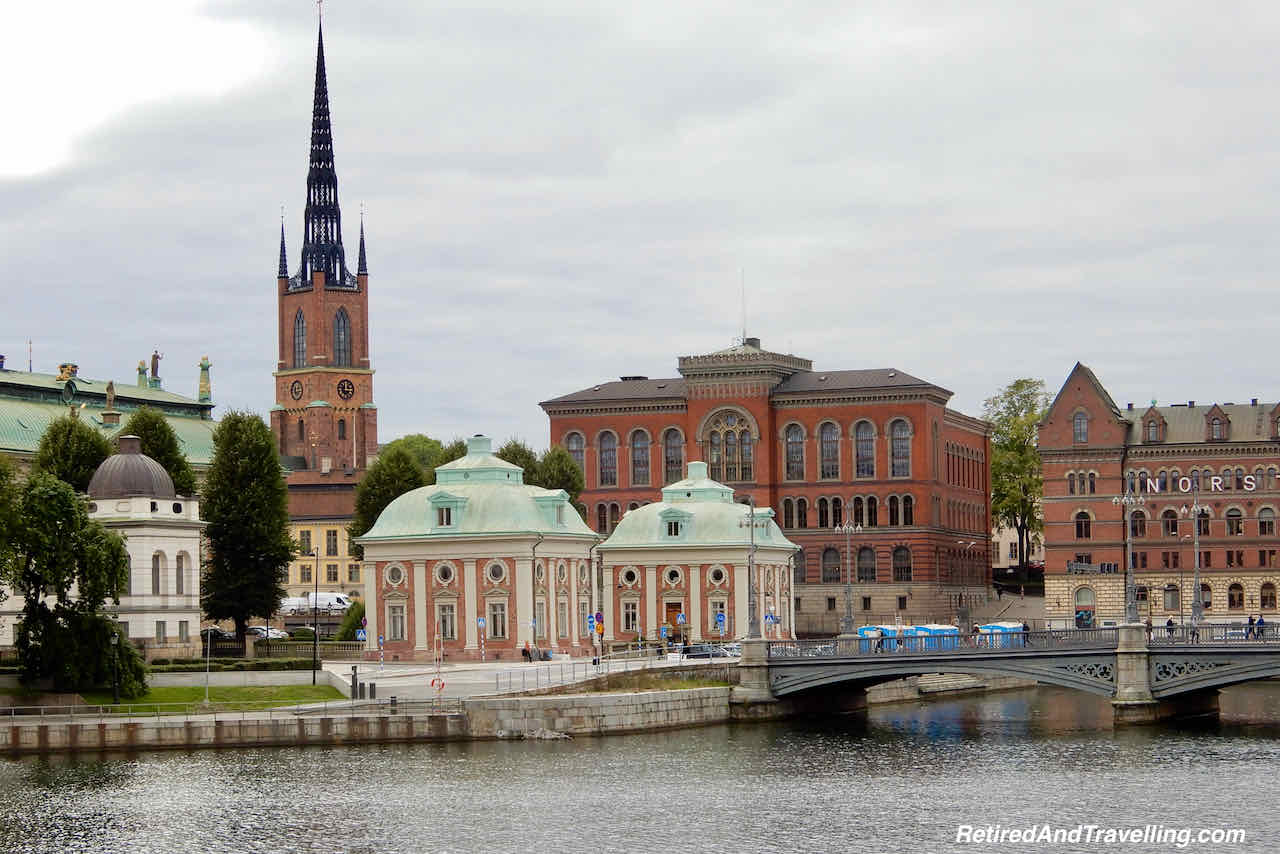 We saw the City Hall as our bus went past. The spires on the building featured the golden Three Crowns. We wanted to climb the towers for a panoramic view of Stockholm. But we did not get off when we were close. By the time we finished exploring the old town, we were ready to return to the ship. 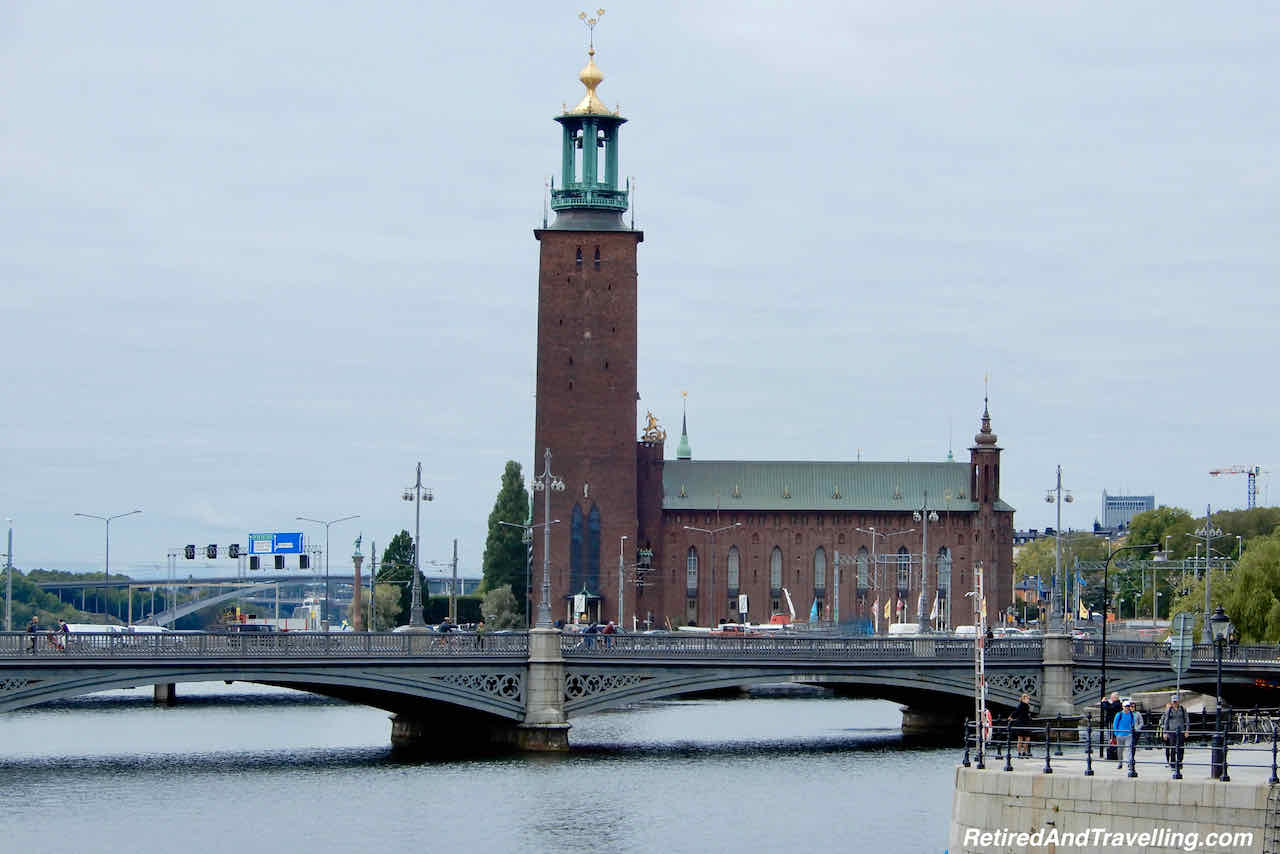 We left the bus at the Royal Palace in the old town to explore. After we wandered around the outside of the Palace, we considered going inside for a tour.  But we already saw enough Royal Palaces on our visit to St Petersburg and again in Estonia. 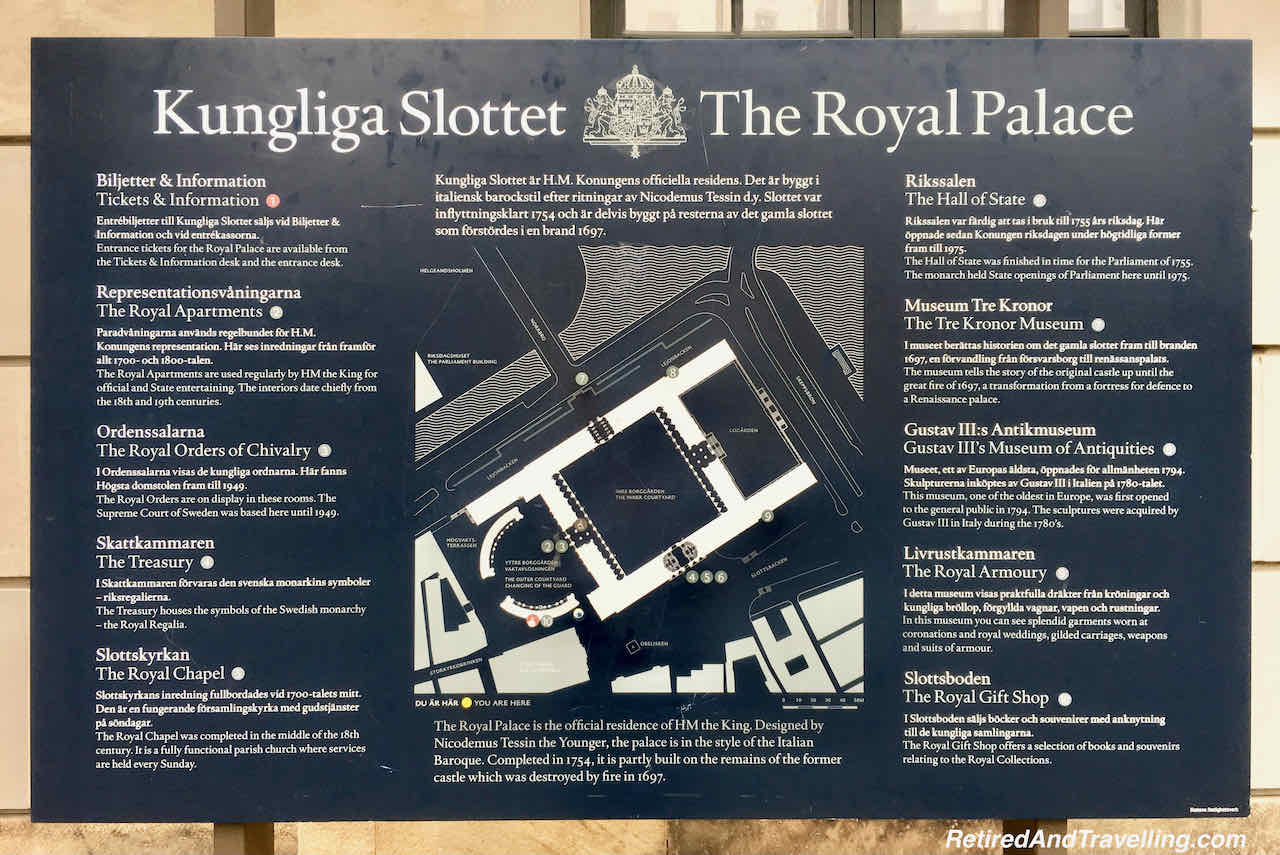 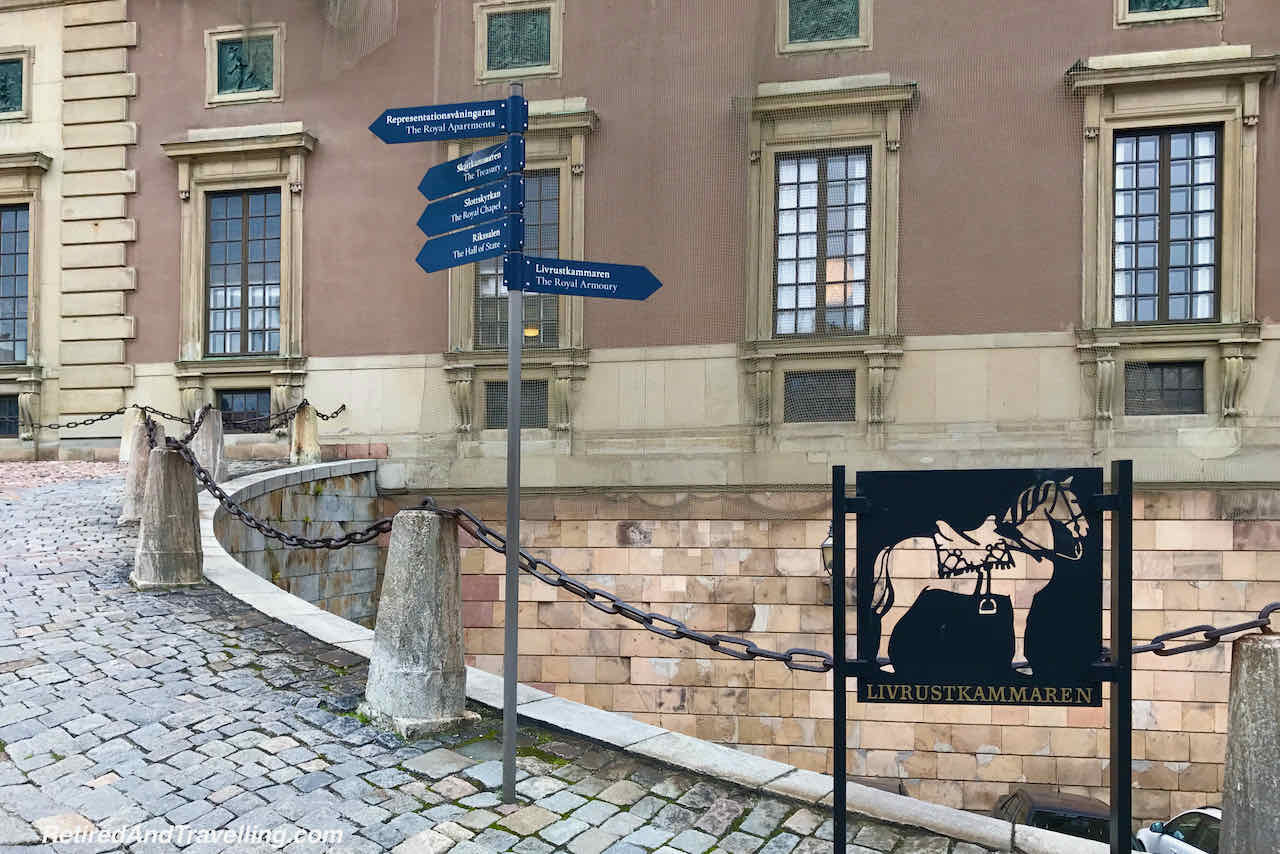 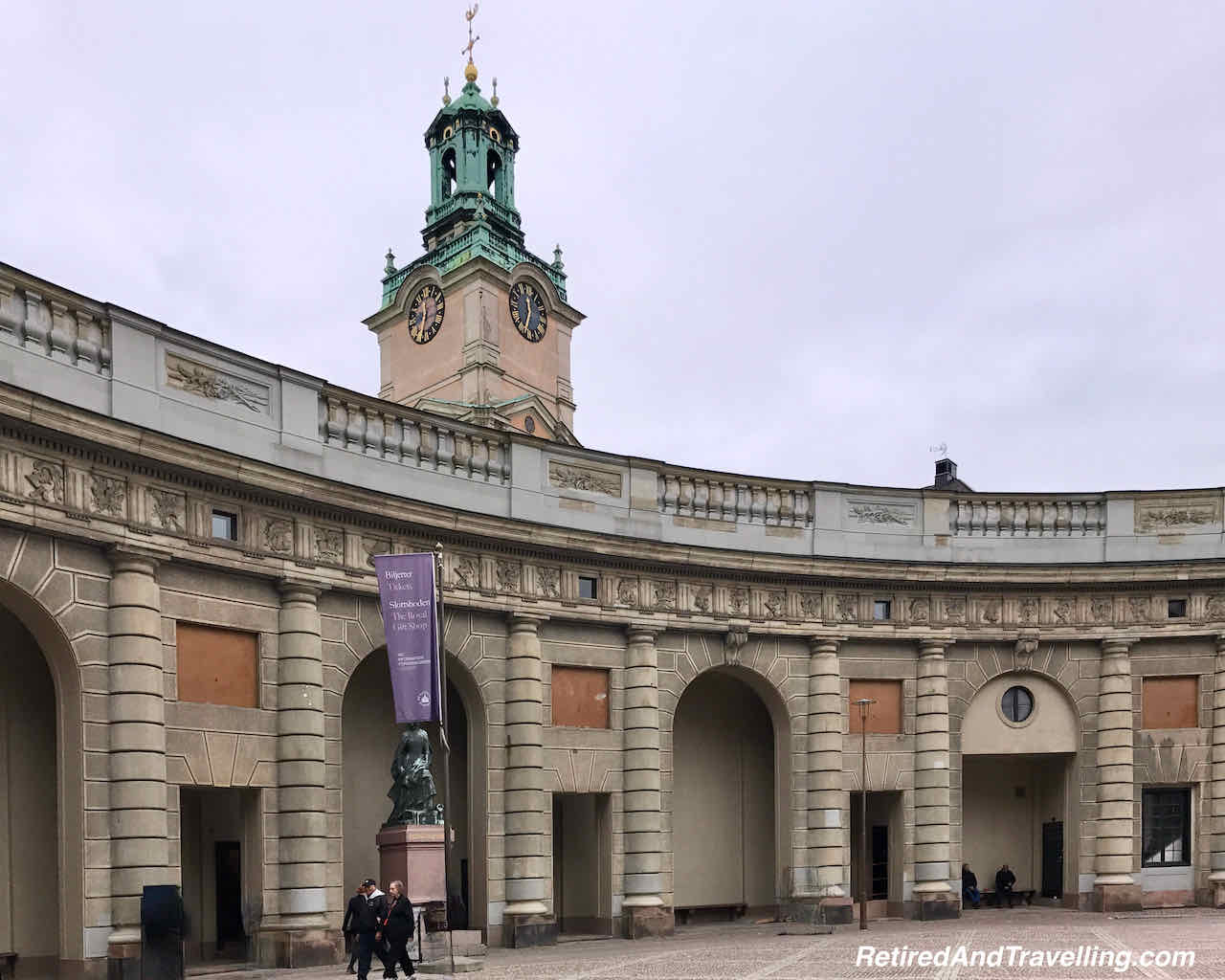 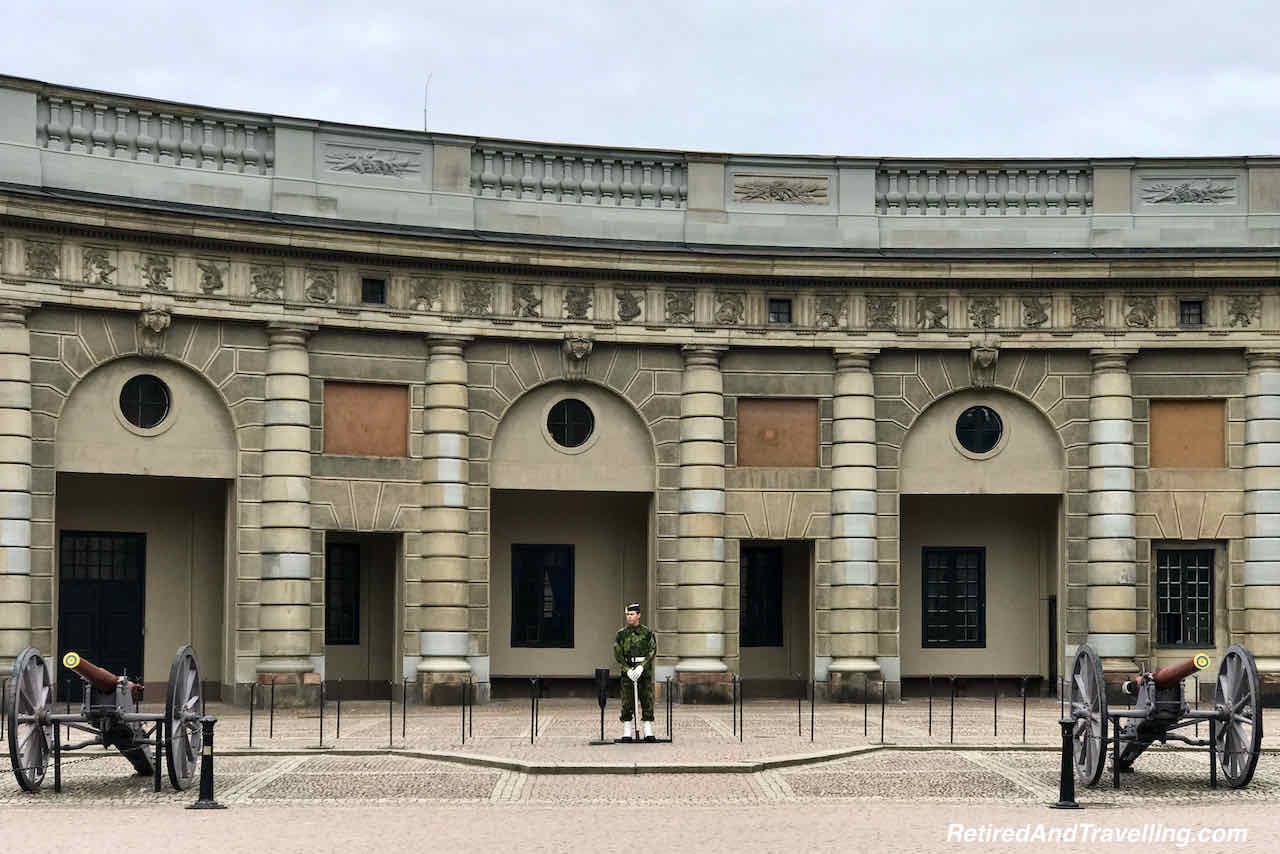 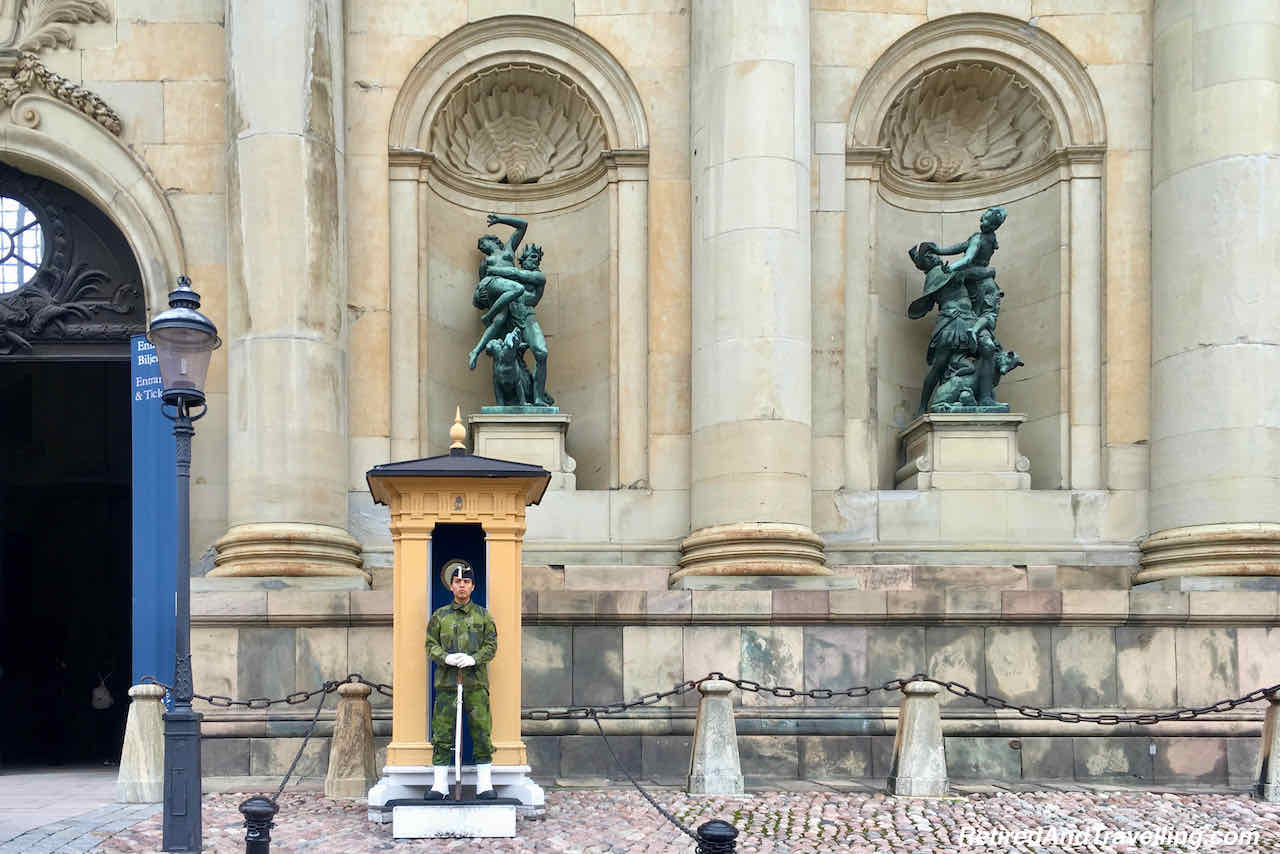 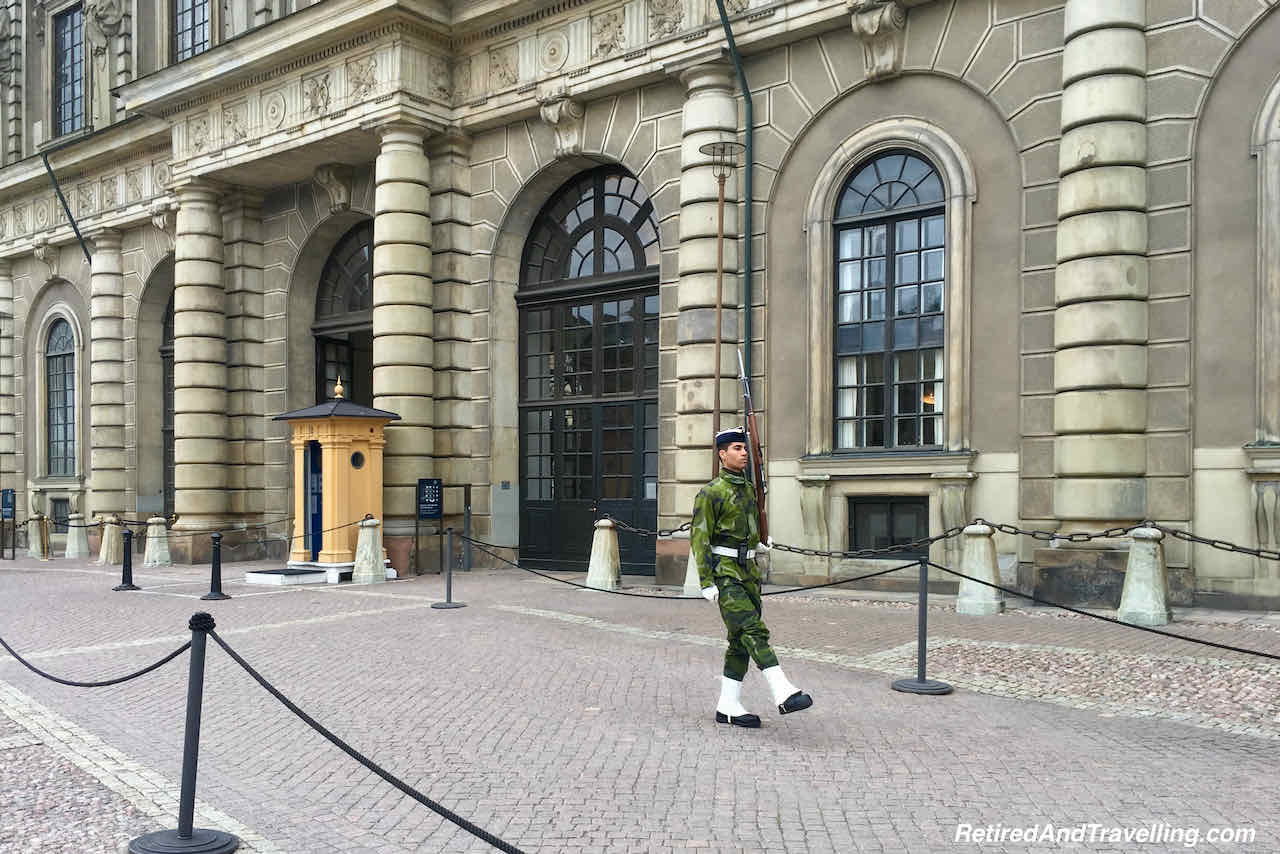 Beside the Royal Palace we found the Palace Church. 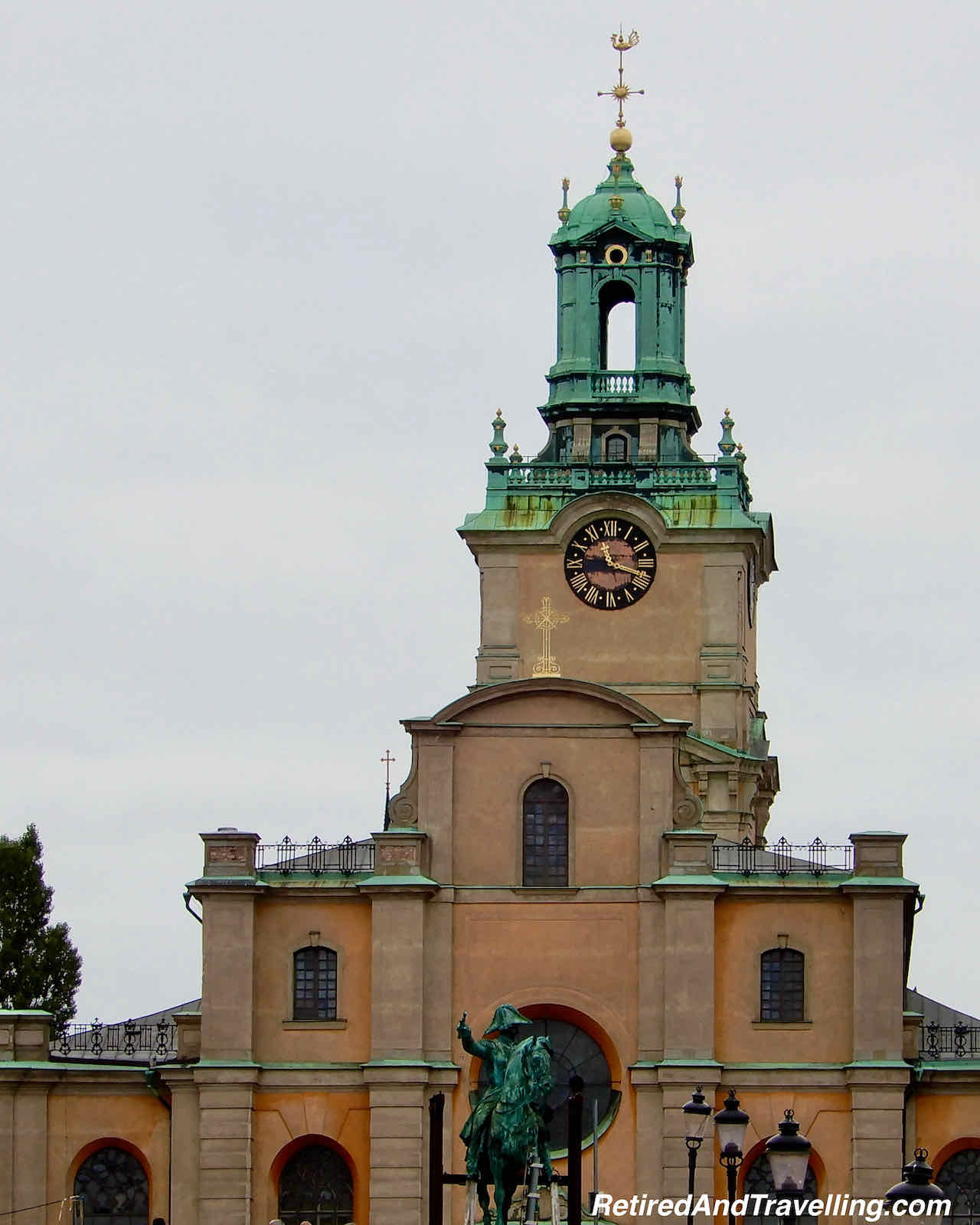 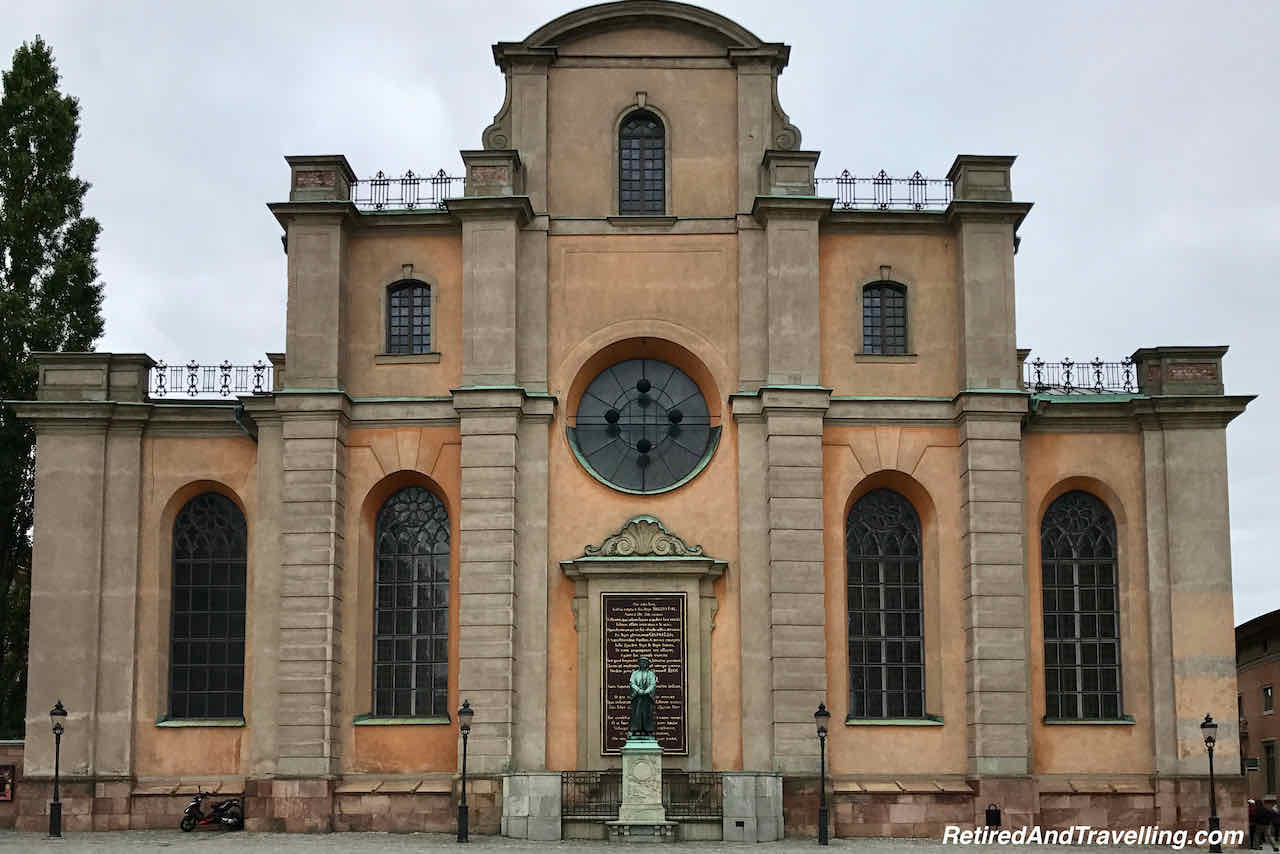 From there we wandered along the cobblestone streets of the old town. We found the path across the canal by the Parliament. On the other side of the bridge we admired the main square with the Opera House behind it. 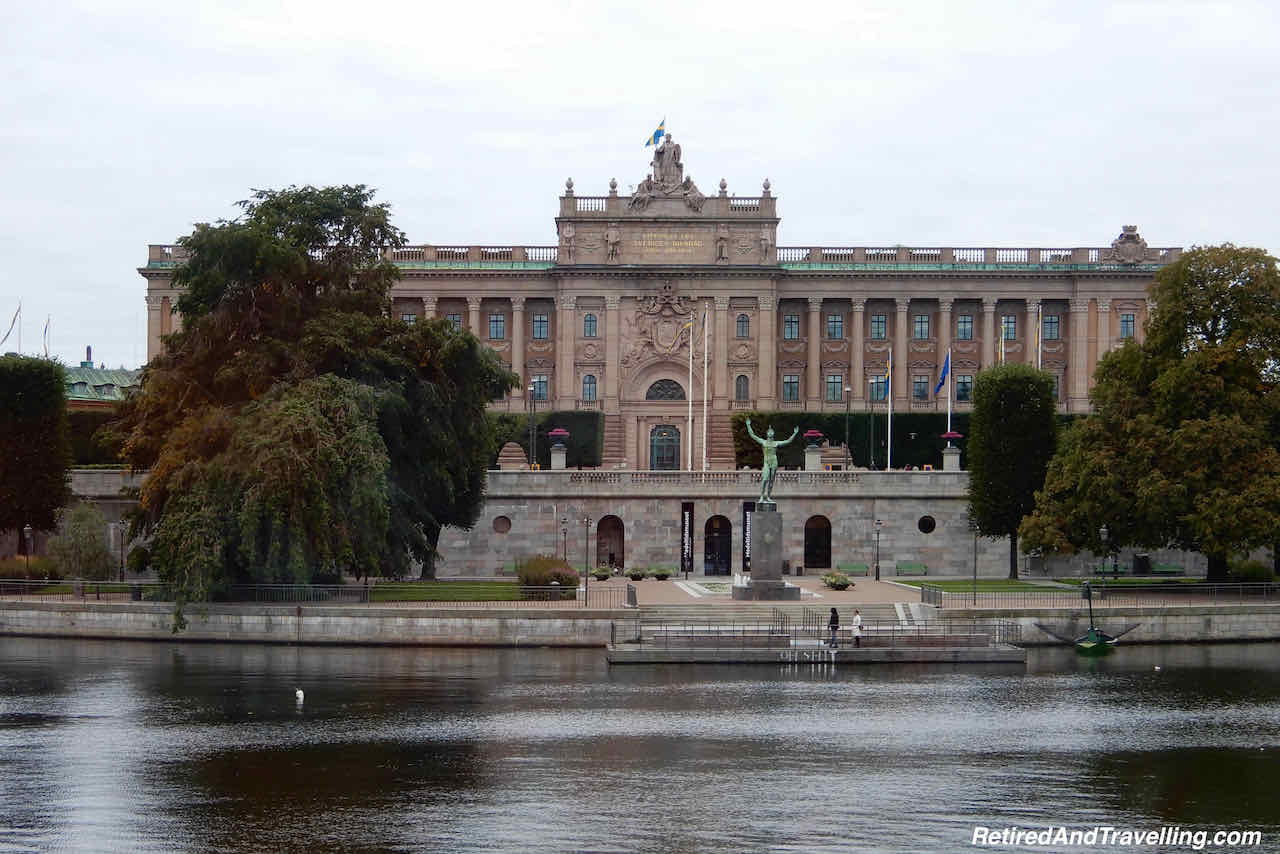 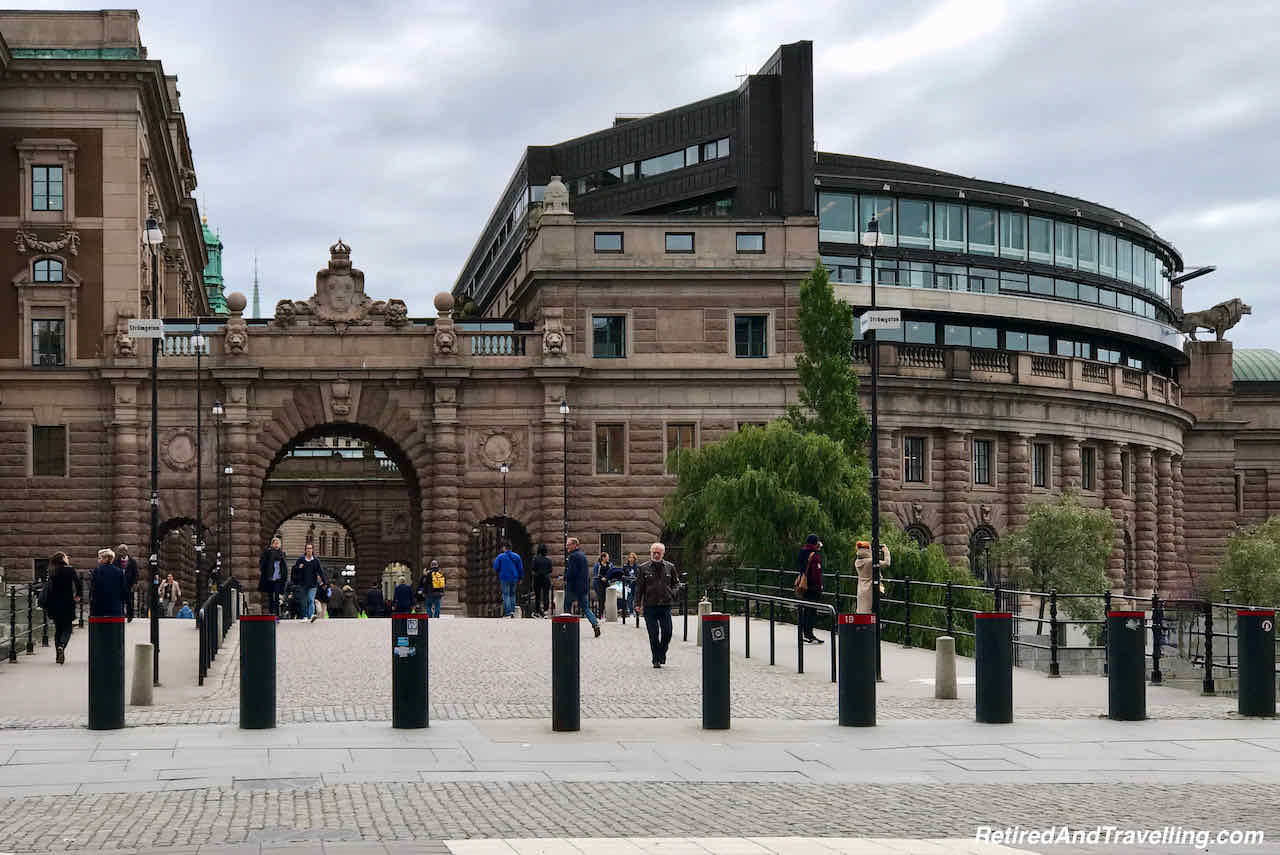 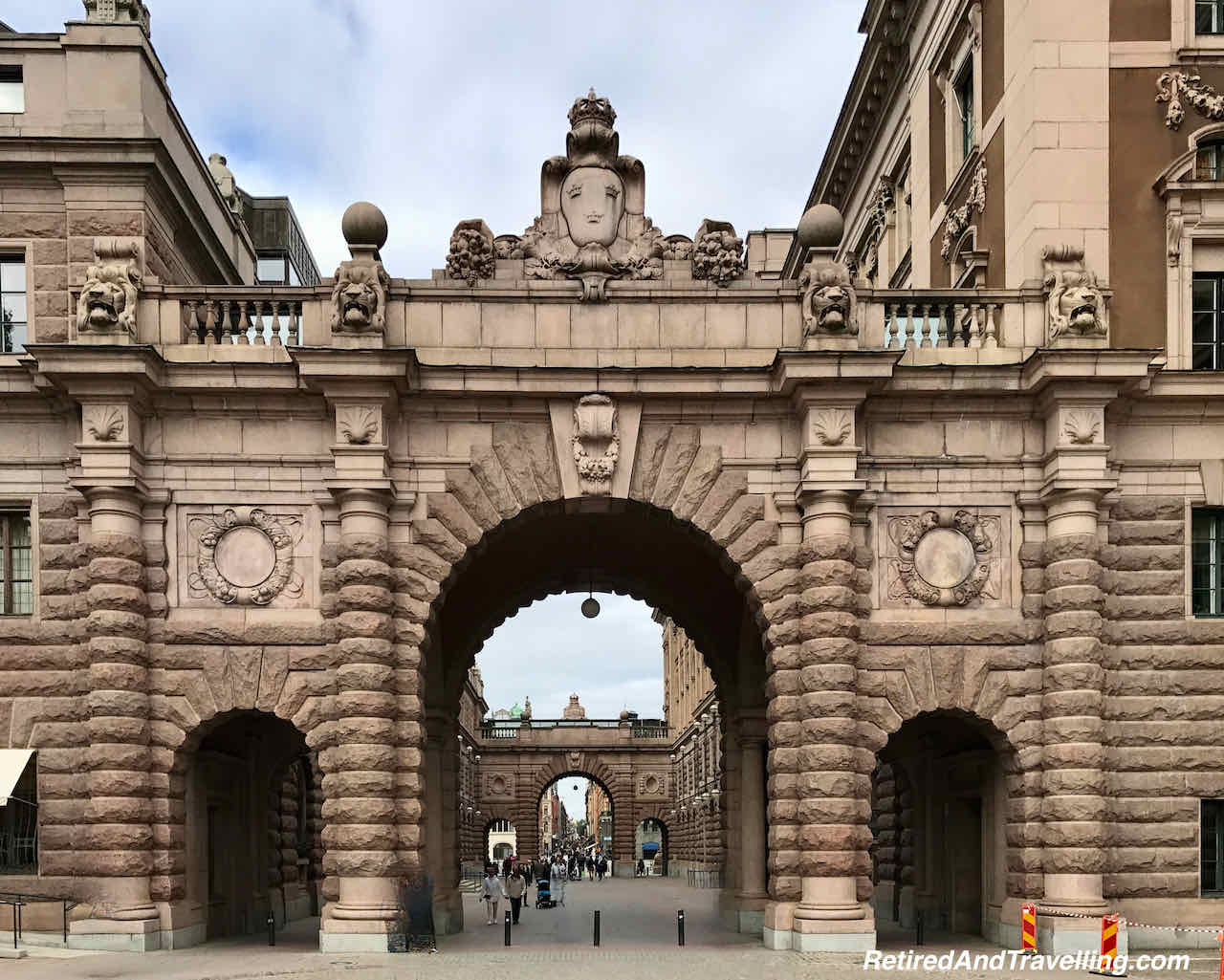 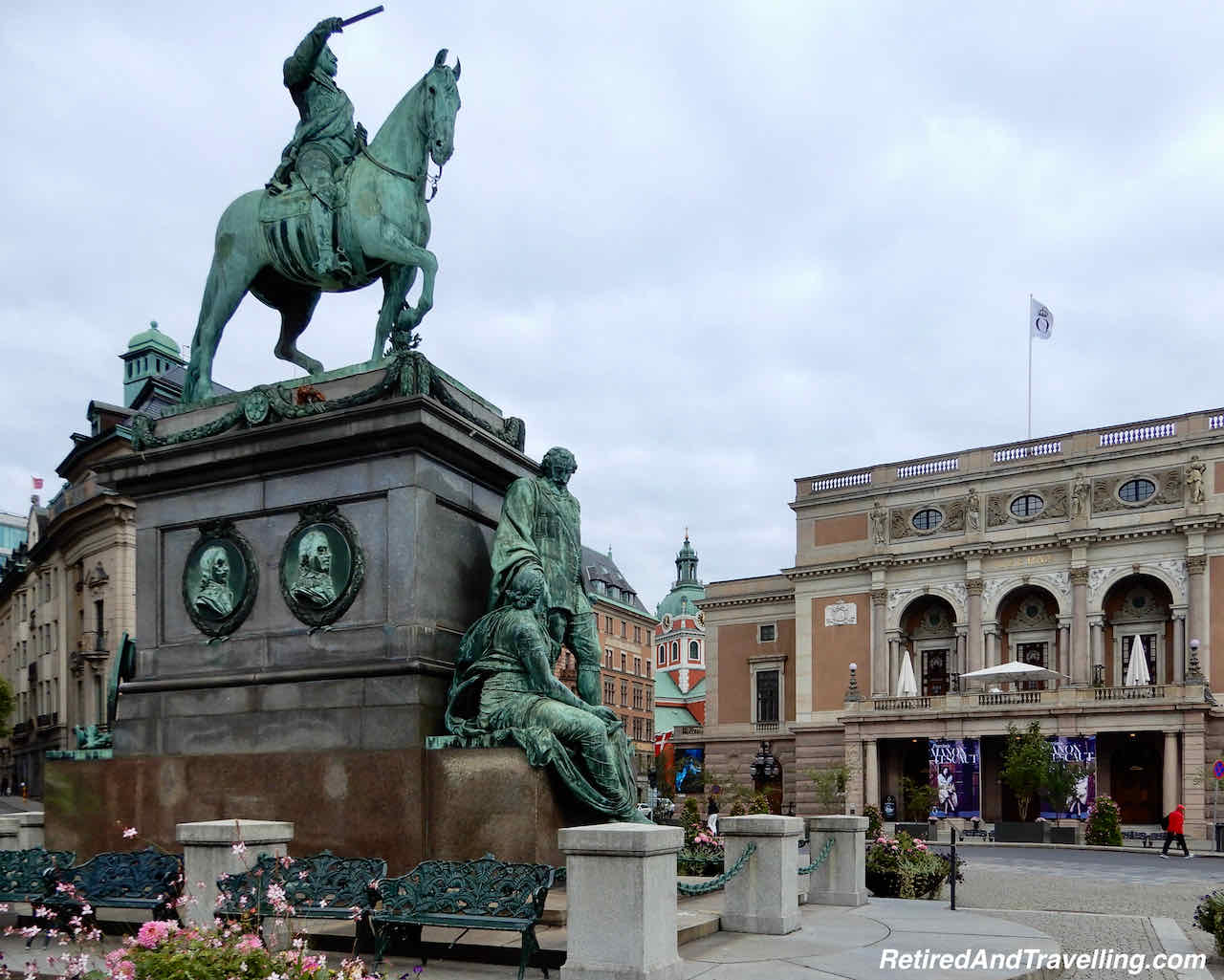 We enjoyed wandering around in town on our quick tour of Stockholm.

A Short Visit In Stockholm

We started our day in Stockholm very early as we cruised in. It was a sight not to be missed. When we did the return trip at the end of the day, the skies were grey and the view was not as nice.

A quick tour of Stockholm by bus gave us a general sense of this town. The cold grey day did not inspire me to get out and wander around. We were sure it was a lovely town to visit and explore. But that will need to wait for a return visit. On this Baltic cruise with back-to-back stops, sometimes we needed to pick our down days.

Our next planned stop was in Visby, Sweden. We had a tour planned to see a more rural view of Sweden. Unfortunately the seas were too rough and that port was cancelled. It definitely meant that we will need to plan a return to Sweden! Our next port took us to Germany.

Have you done a quick tour of Stockholm or did you enjoy a longer stay? What would you say we should go back for? 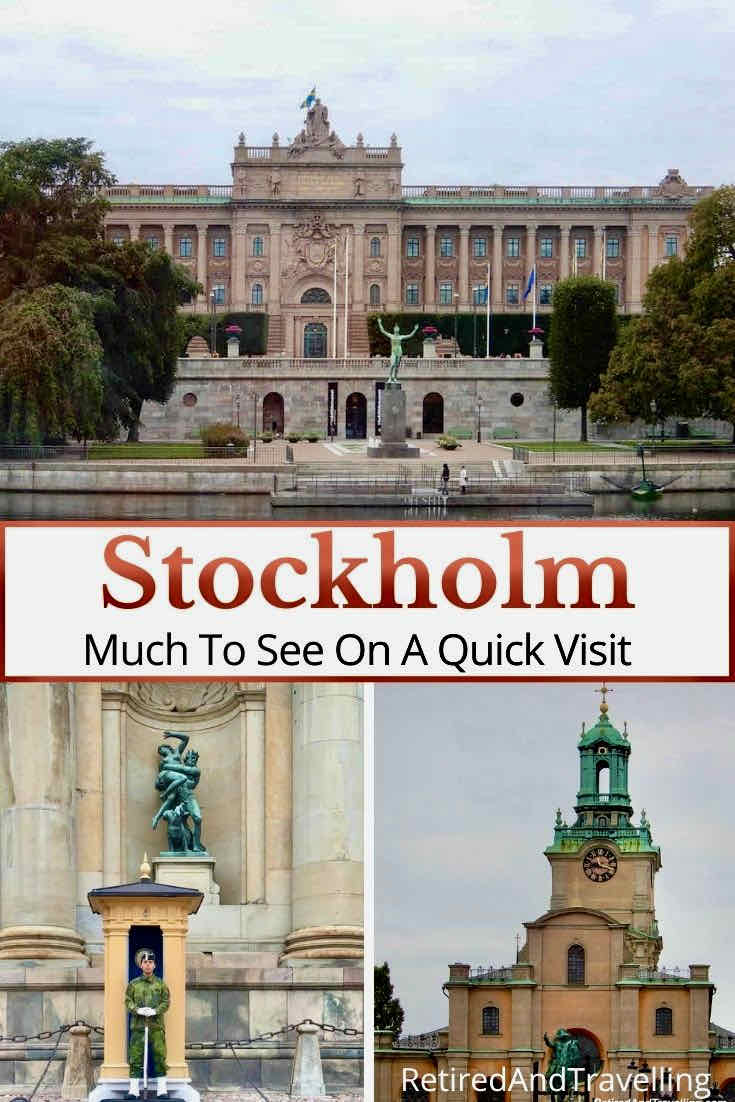 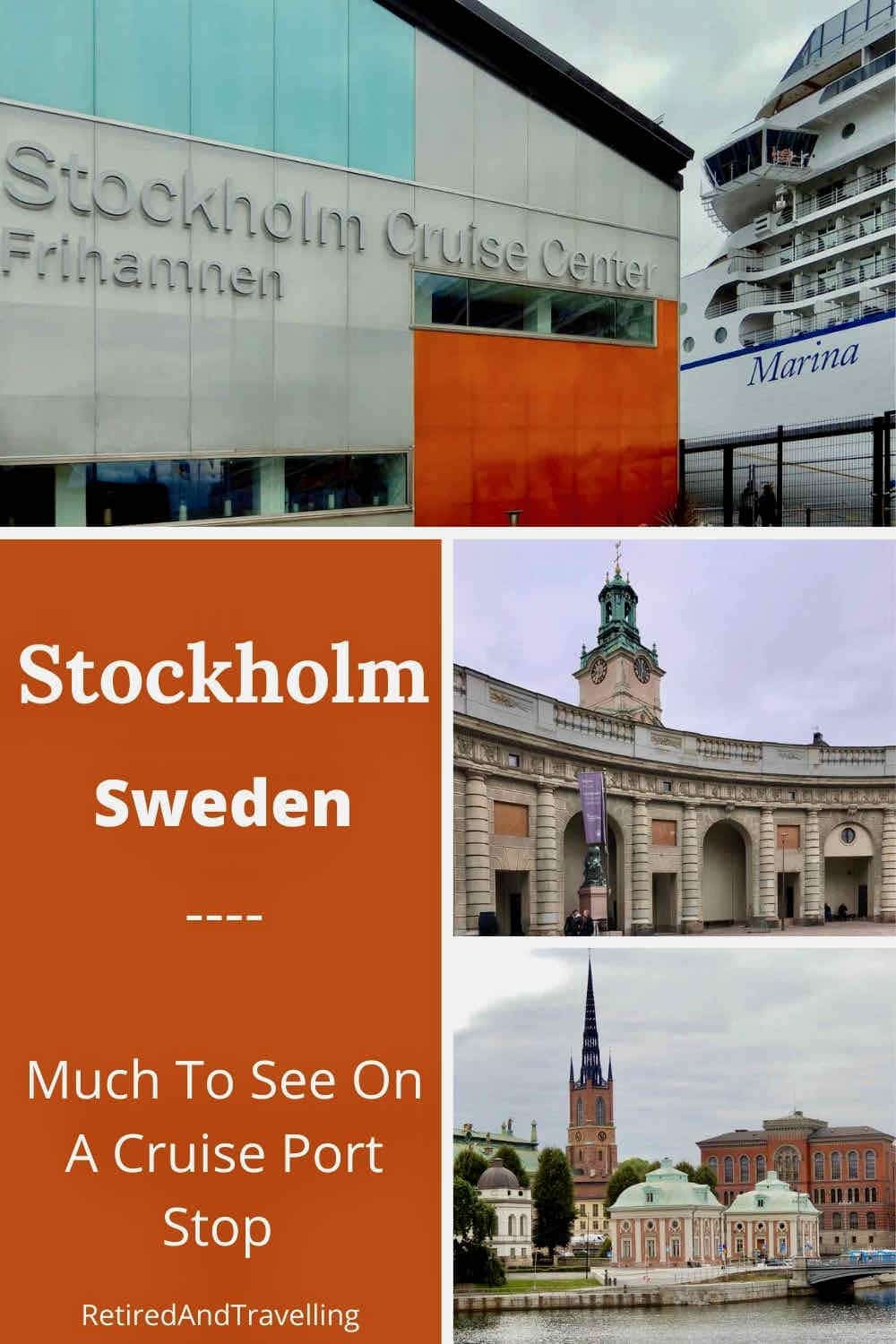 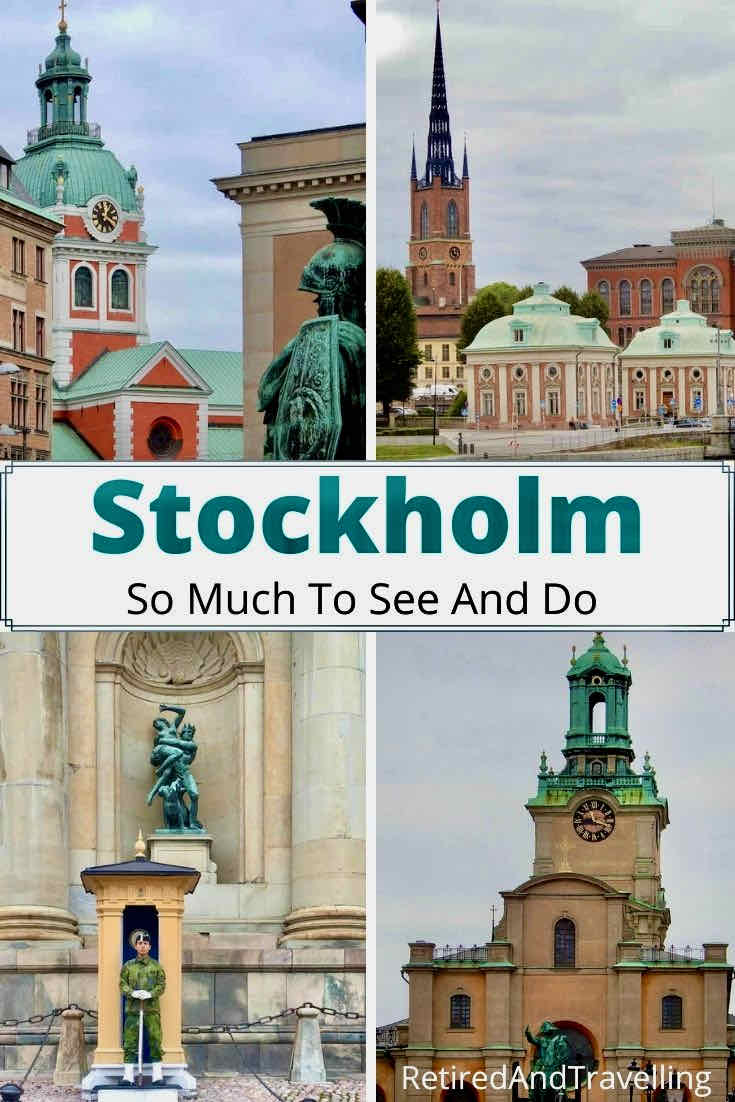