Wandering In The Fishing Village of Warnemunde In Germany

We arrived very early in the morning in the small fishing village of Warnumunde on our visit with Oceania Cruises. There were many tours going from this port into Berlin. It was a 3 hour bus ride each way. Since we planned to visit Germany for a long stay one day, we passed on the long day trip into Berlin. Instead we chose to visit the fairy tale palace at Schwerin. It was a much shorter drive and was an interesting excursion. 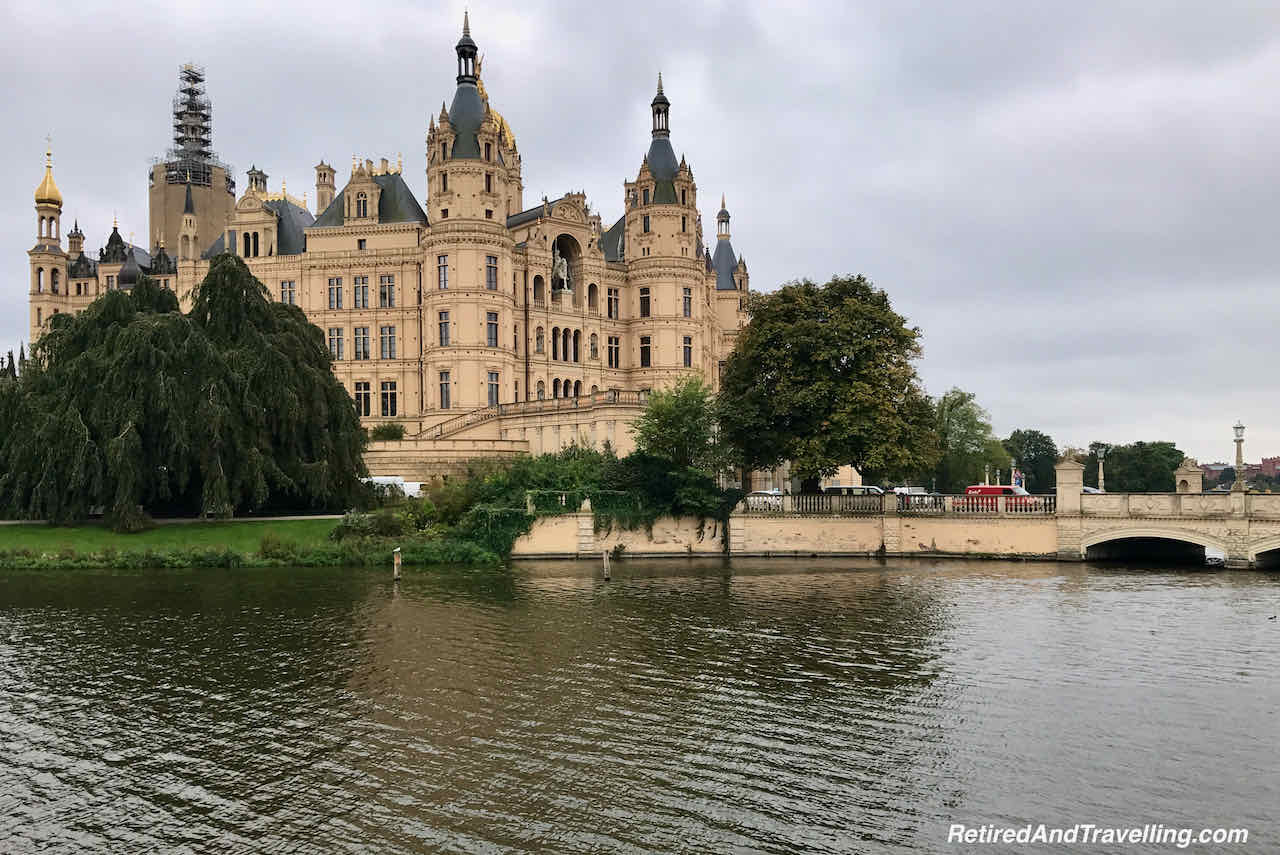 The port was very busy. Large ferries came and went on a regular basis. It was a good reminder that it would be easy to hop around the Baltic by ferry if we returned to this area. 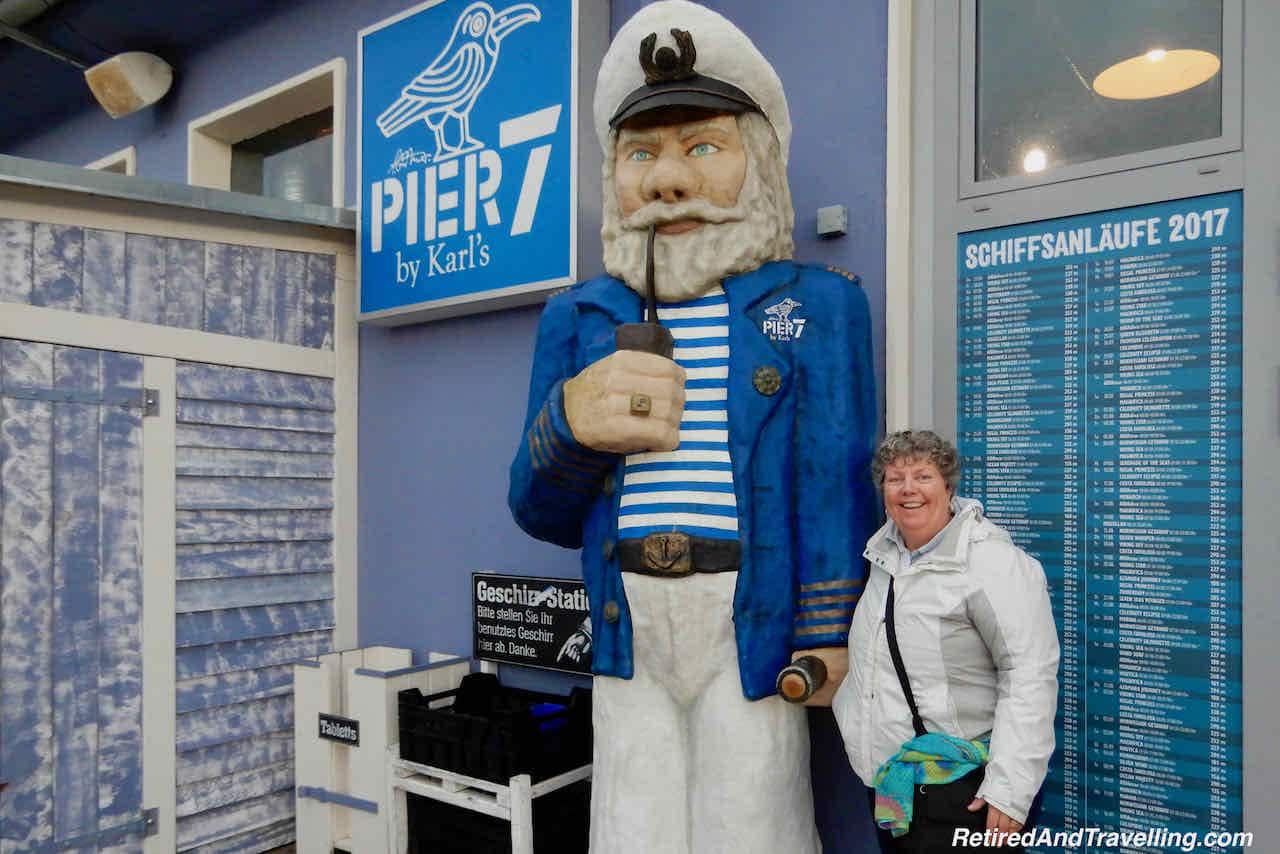 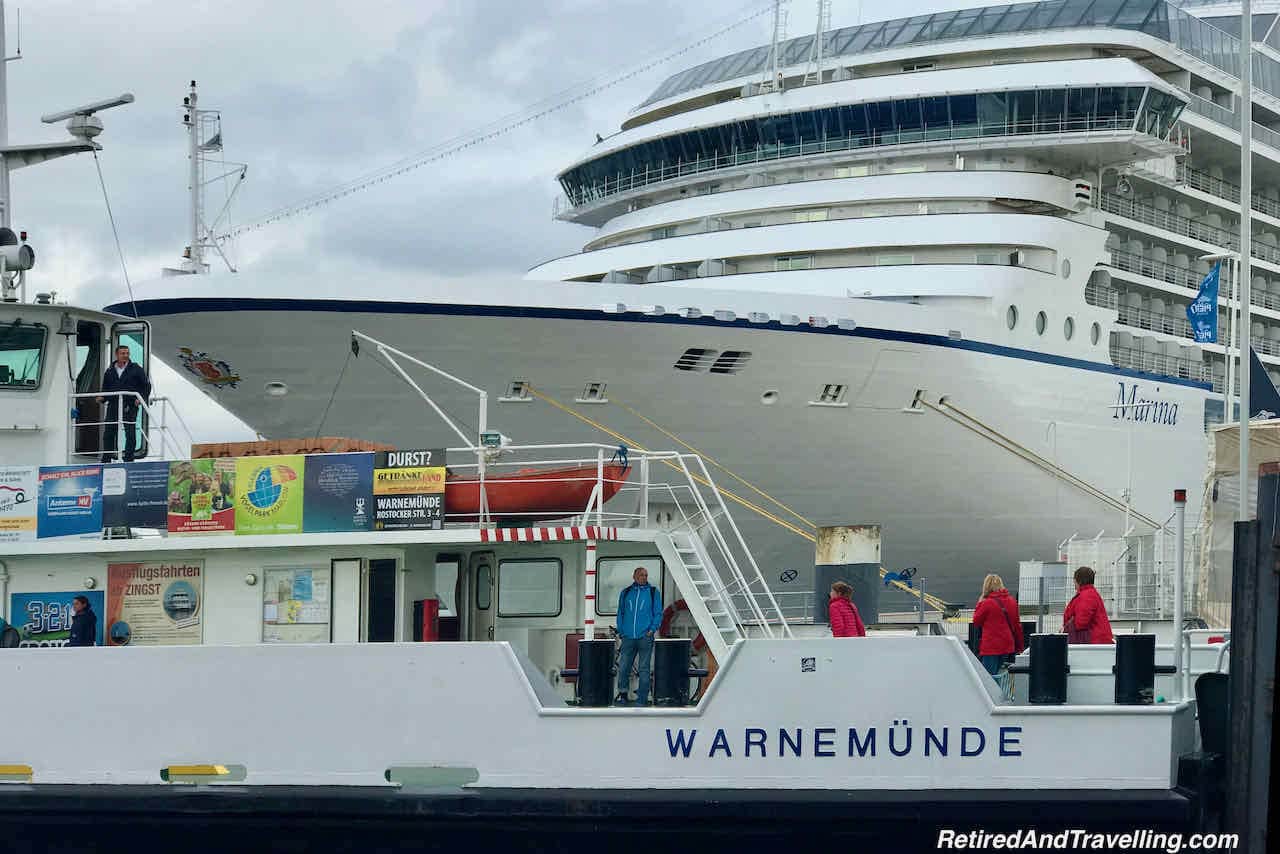 The ship left port after 9pm when the tours returned from Berlin. So once we got back from our visit to Schwerin, we headed out on food and explored the fishing village of Warnemunde.

We Started With The Art Of Warnemunde

The ship was docked at Pier 7. There was a large shop and places for food and beer. We were surprised when we found a display of sand art. There were a few interesting pieces themed for Moby Dick. Not like the giant sand art show we found in the Algarve in Portugal! 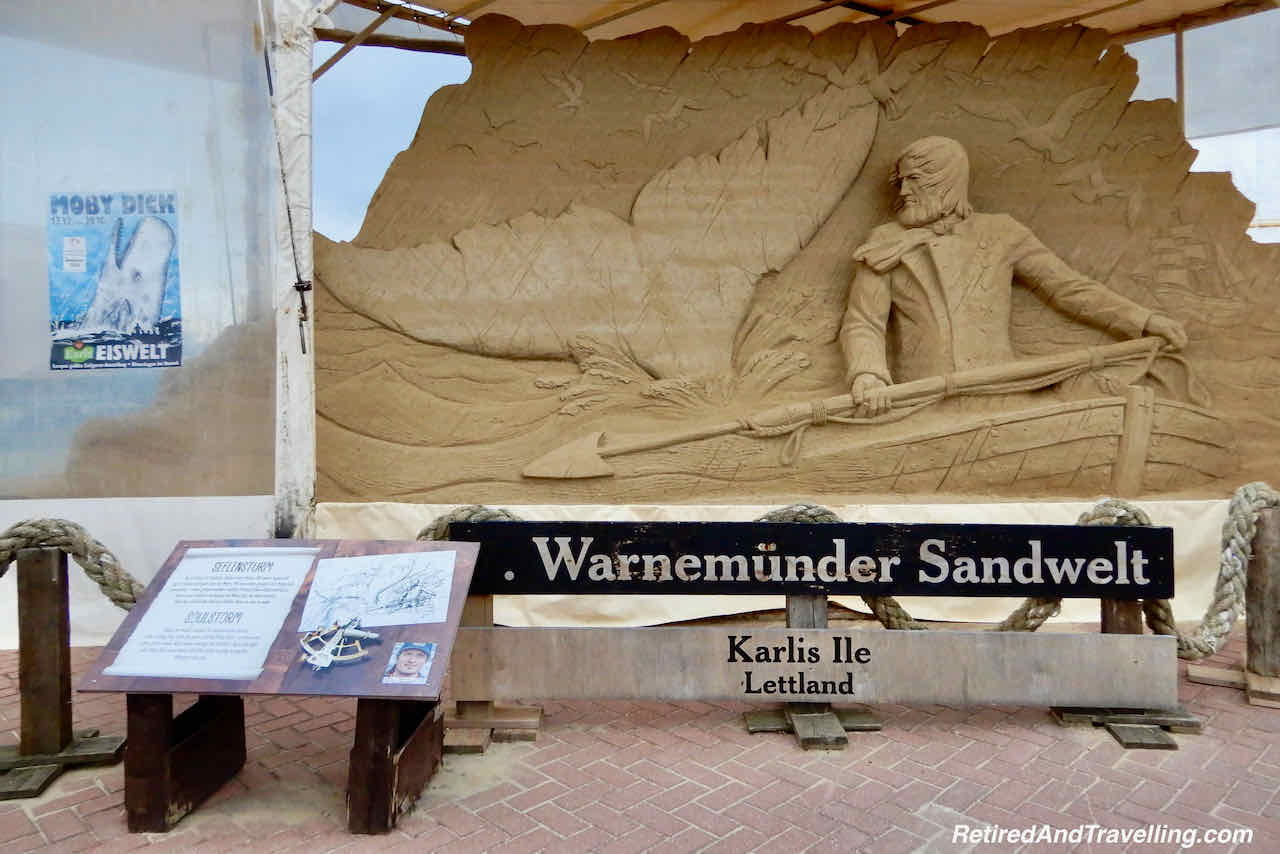 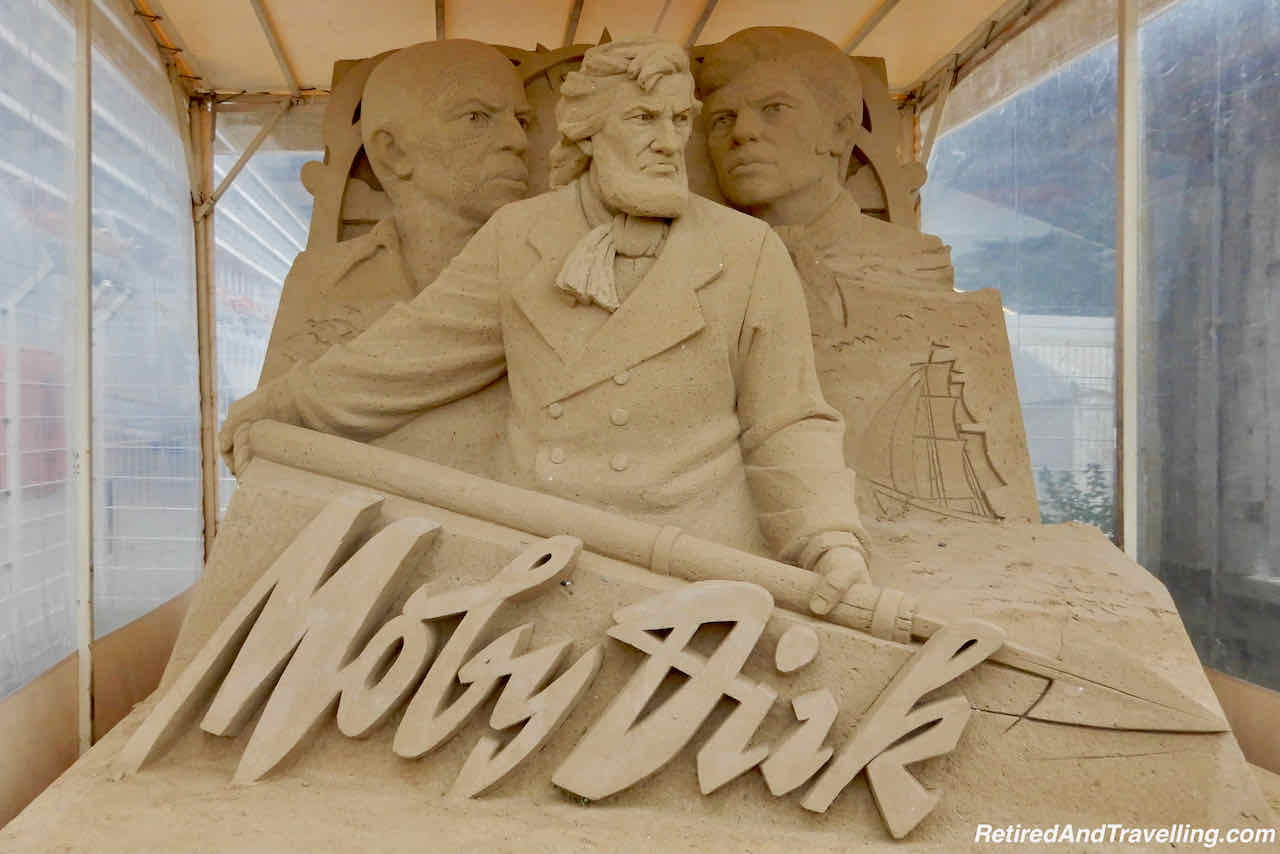 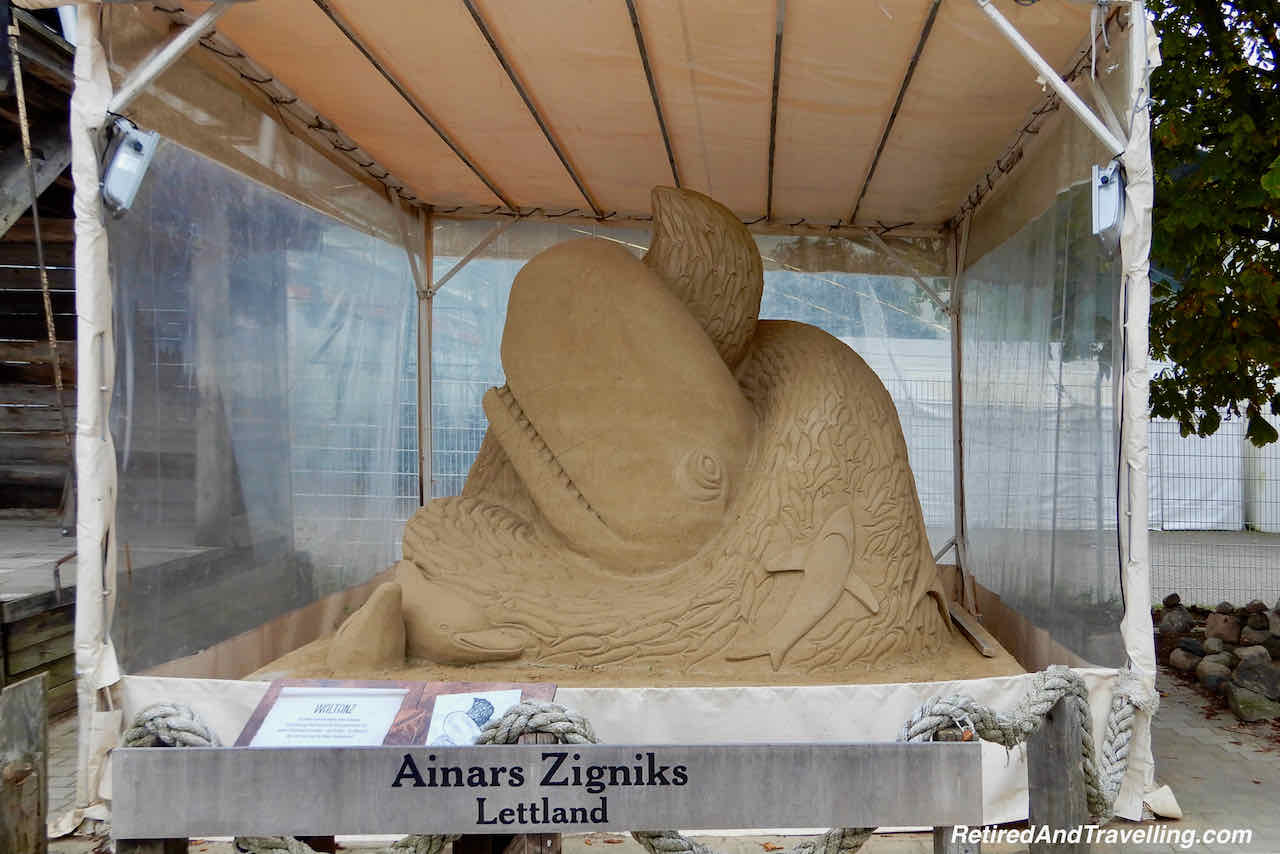 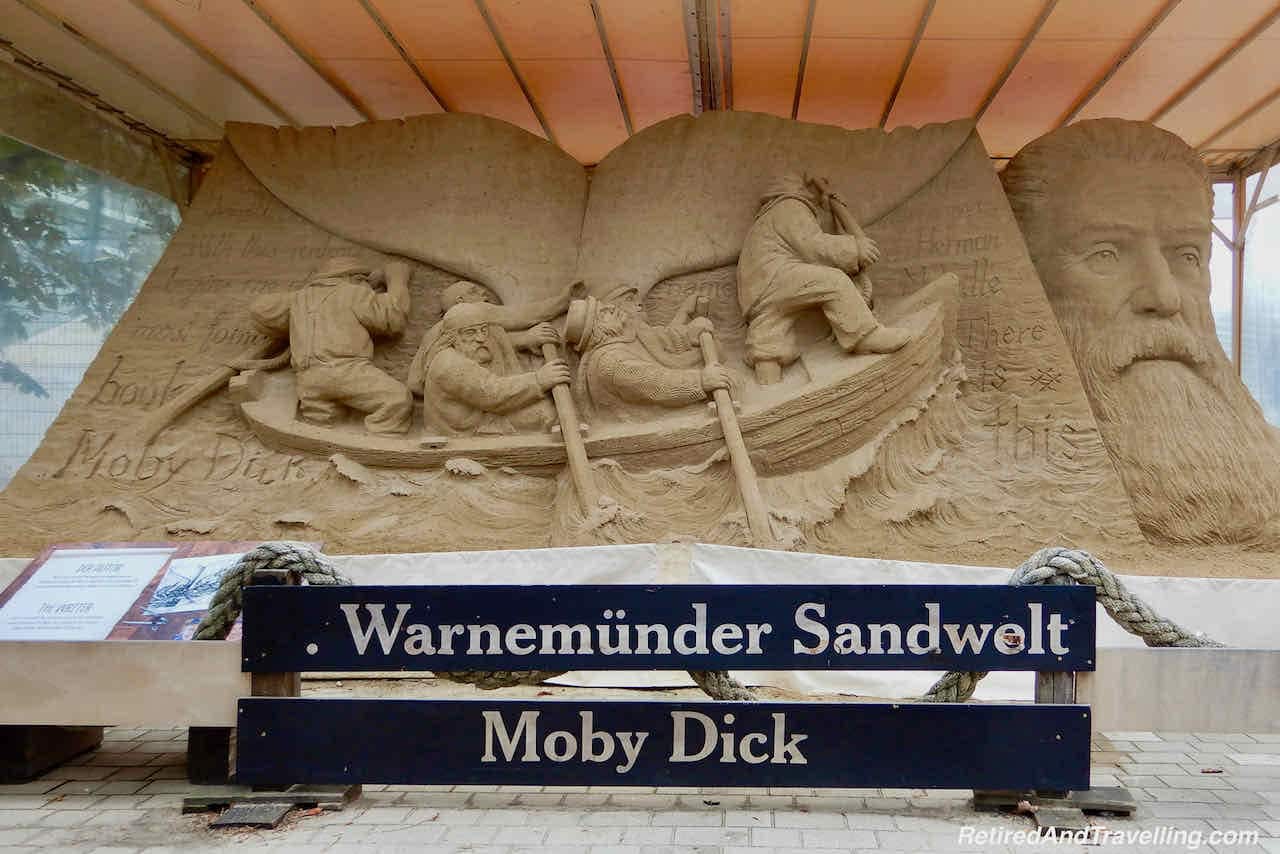 We walked through the tunnel that took us to the train station. We saw our ship above the train tracks. The train was another option for a visit to Berlin from this port. 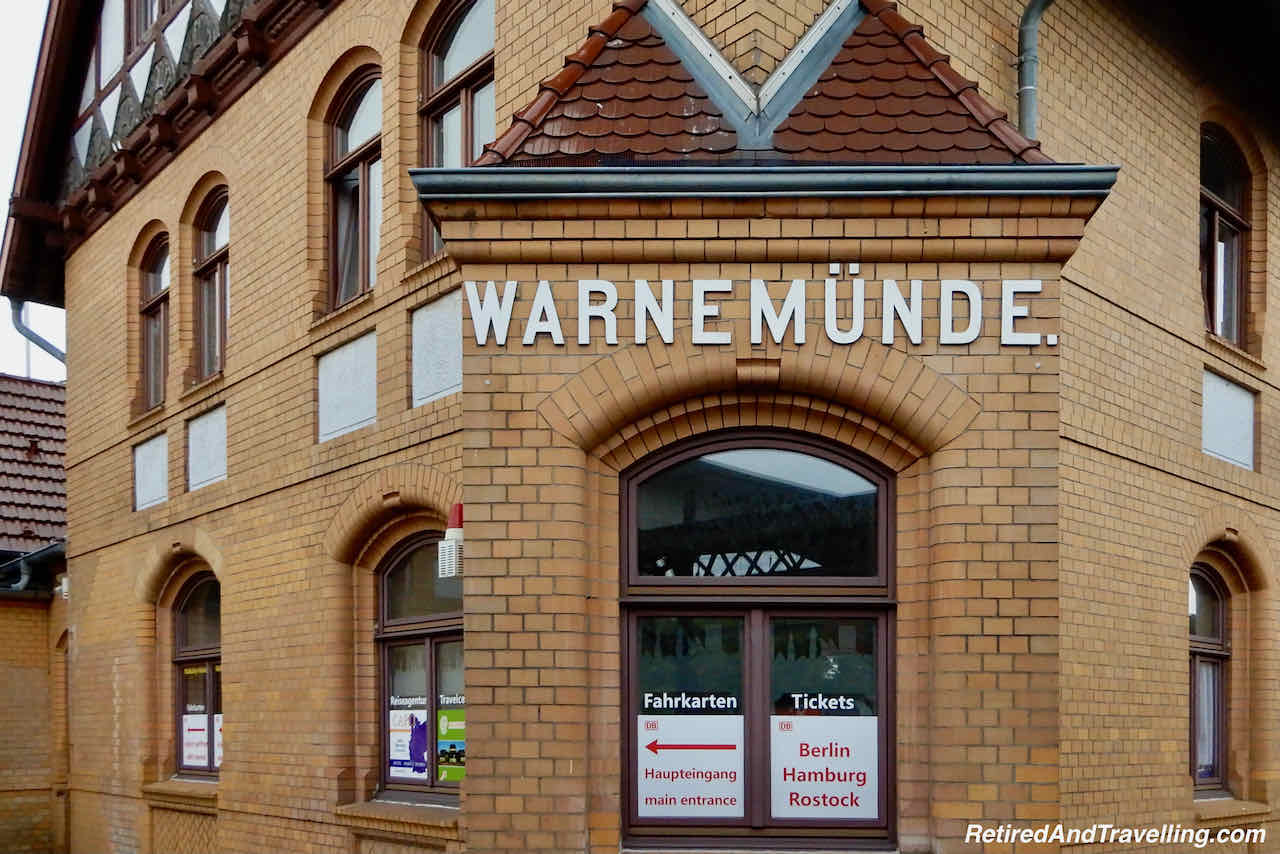 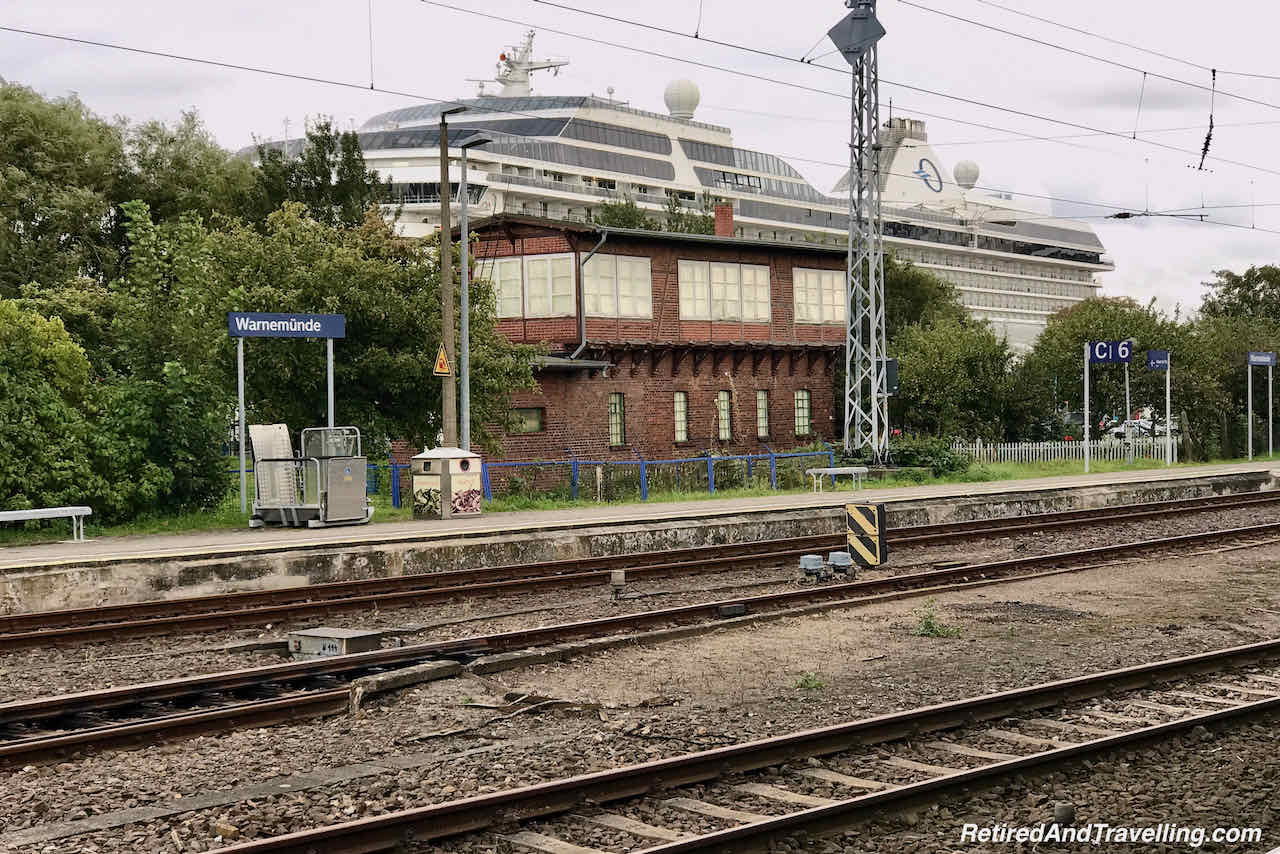 The first thing we saw when we started into town was very large bubbles that floated in the air. We found the young woman who was creating this interesting art. 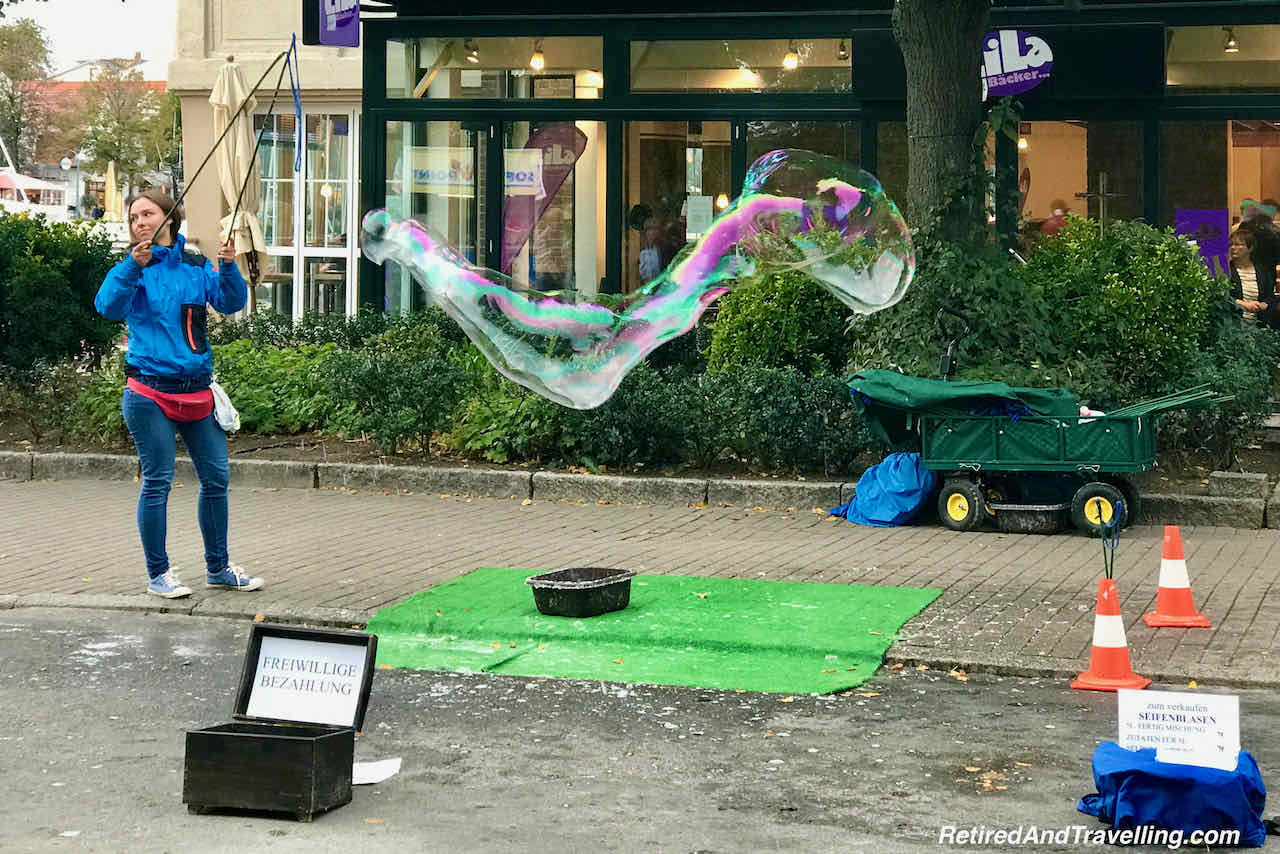 But we were not done with art in the fishing village of Warnemunde. Just as we entered town we found a whole mural along the outside of two buildings. 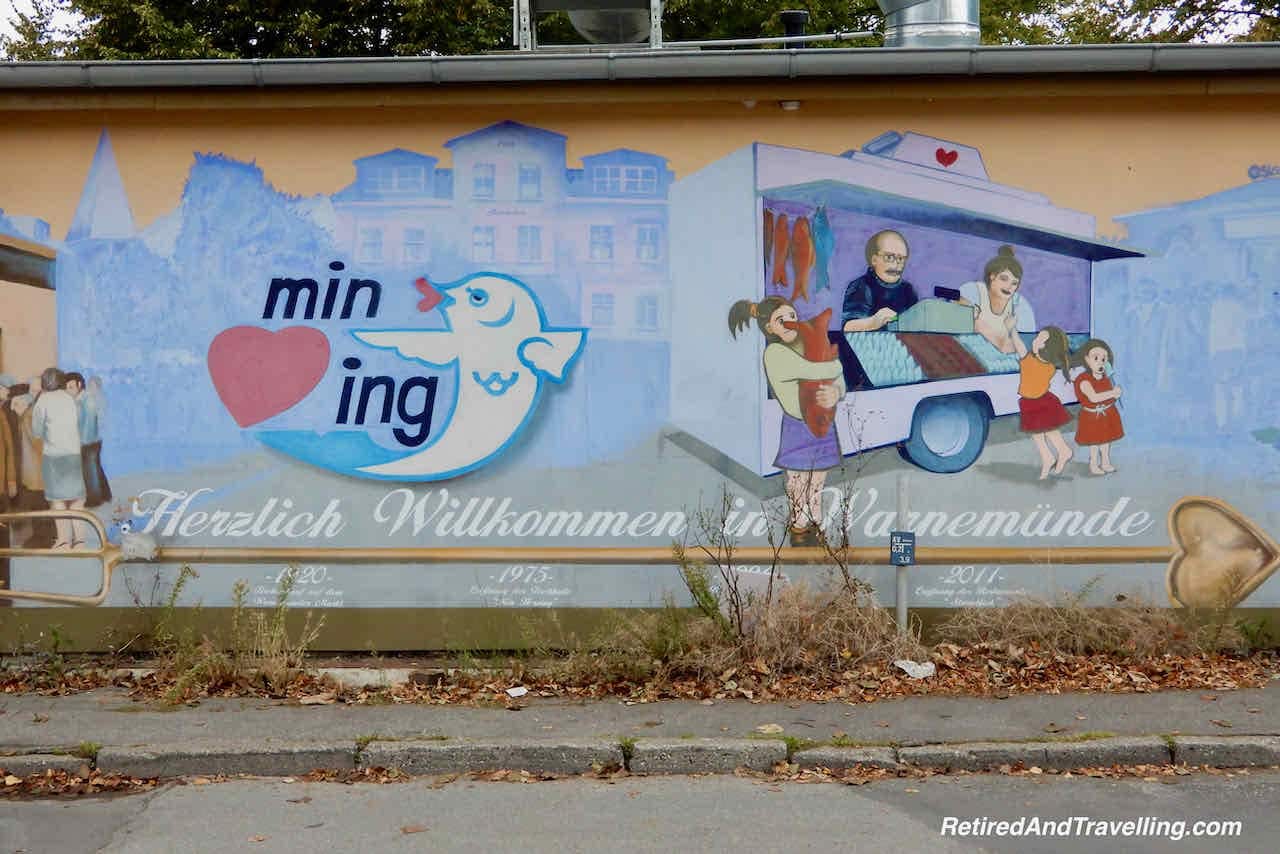 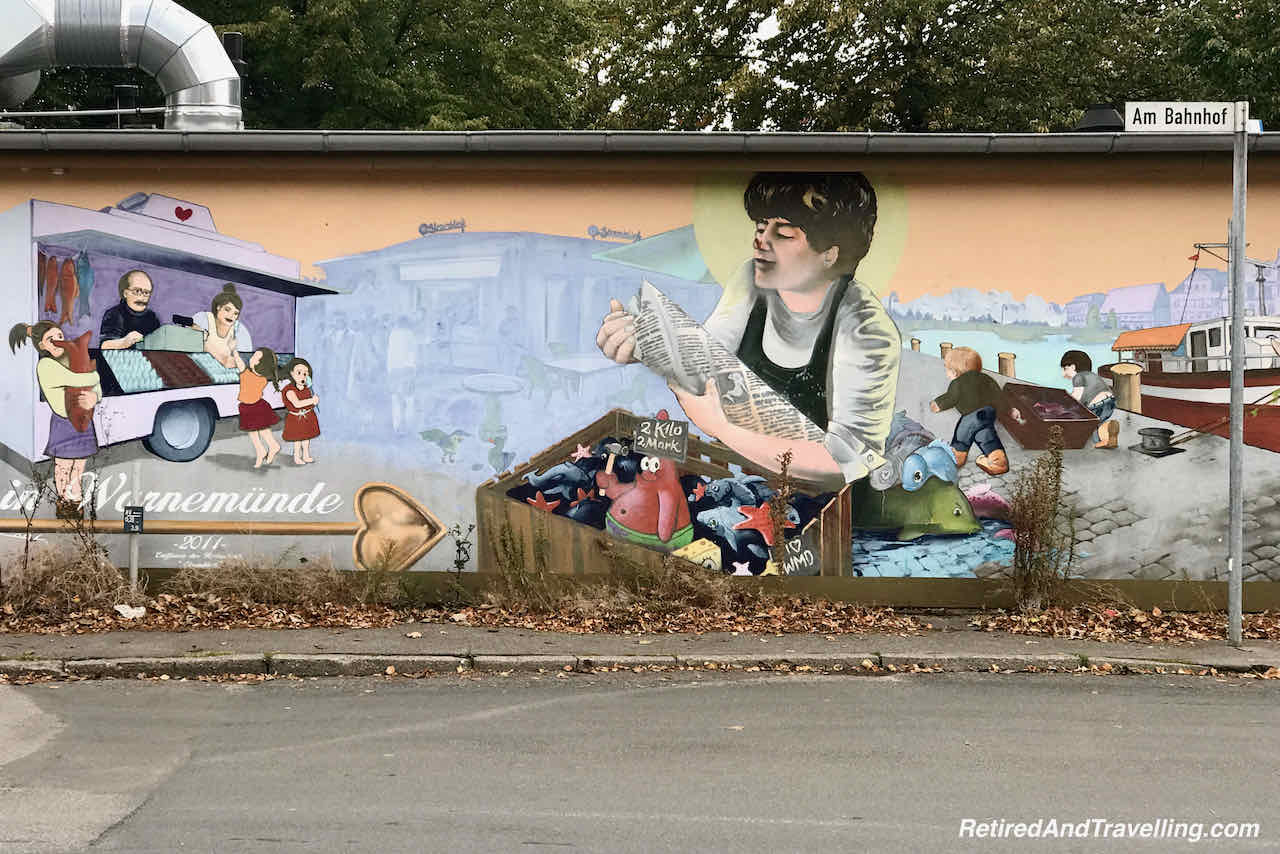 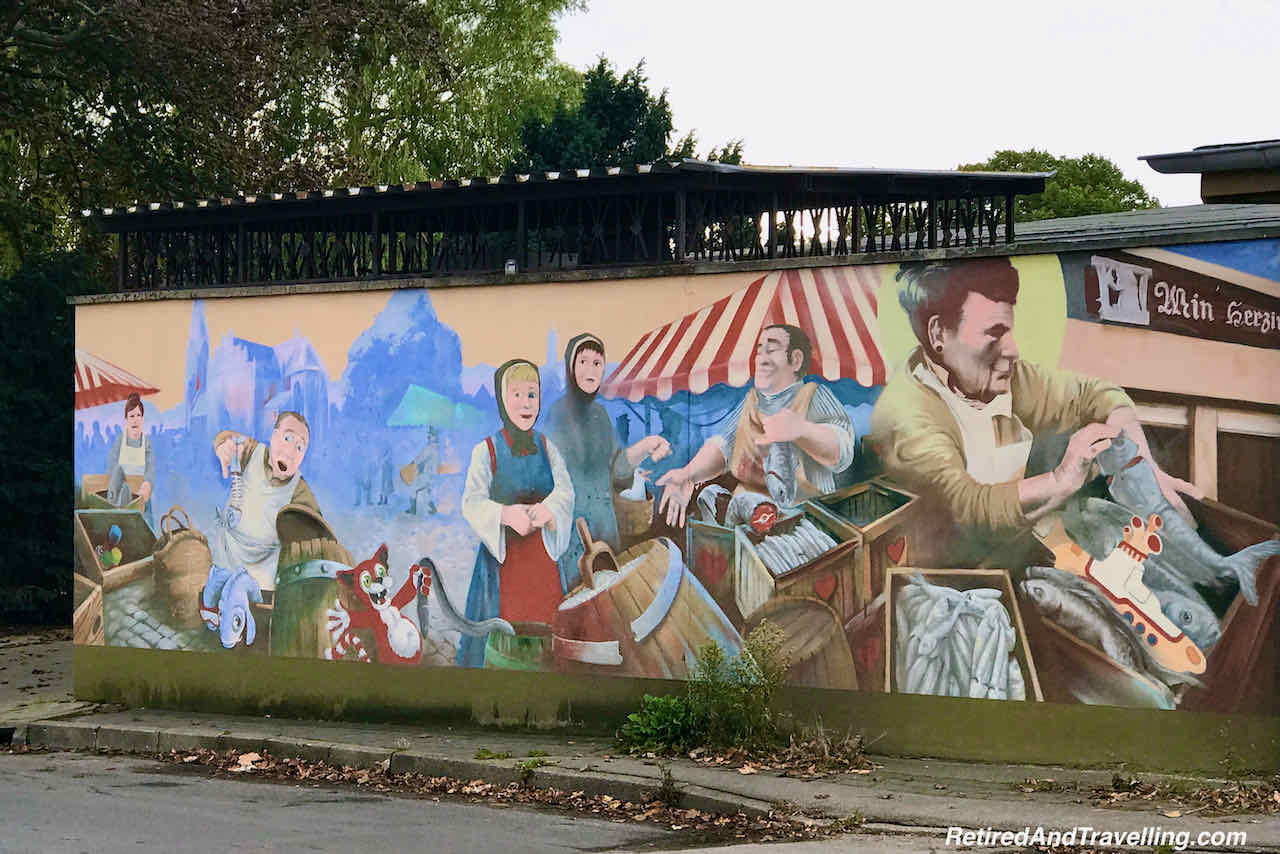 Walk Along the Canal

The small fishing village of Warnumunde had a canal through the centre. Ships of all sizes were docked along the canal. The streets that lined the canal had an interesting array of shops and restaurants. There were several water tours offered from here. Had we not been so late in the day, it would have been interesting to take a water tour. 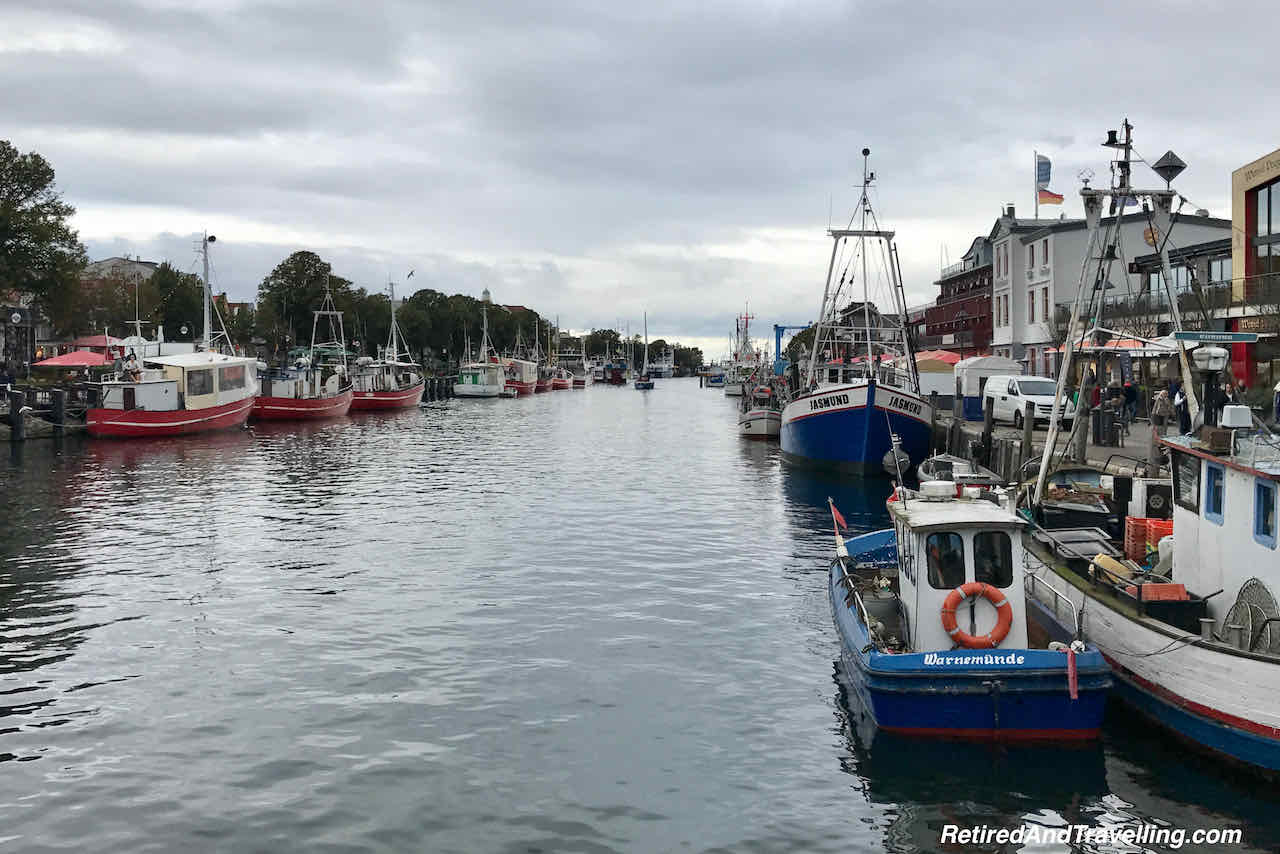 There was a human statue on the bridge all painted white. I knew he was there when I passed. But I was still startled when he reached out and touched me. He blew me a kiss when I squealed. 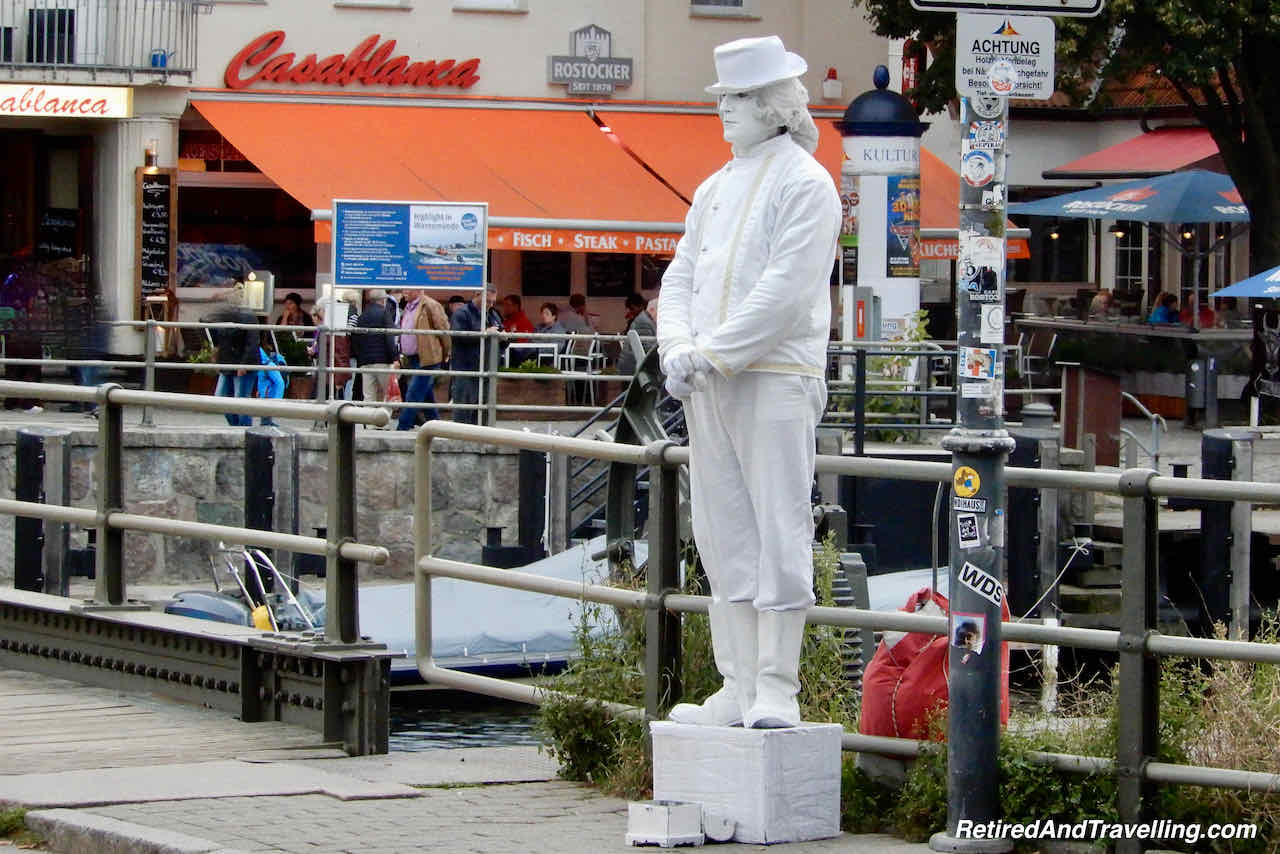 We found a large collection of love locks on the railings by the canals. 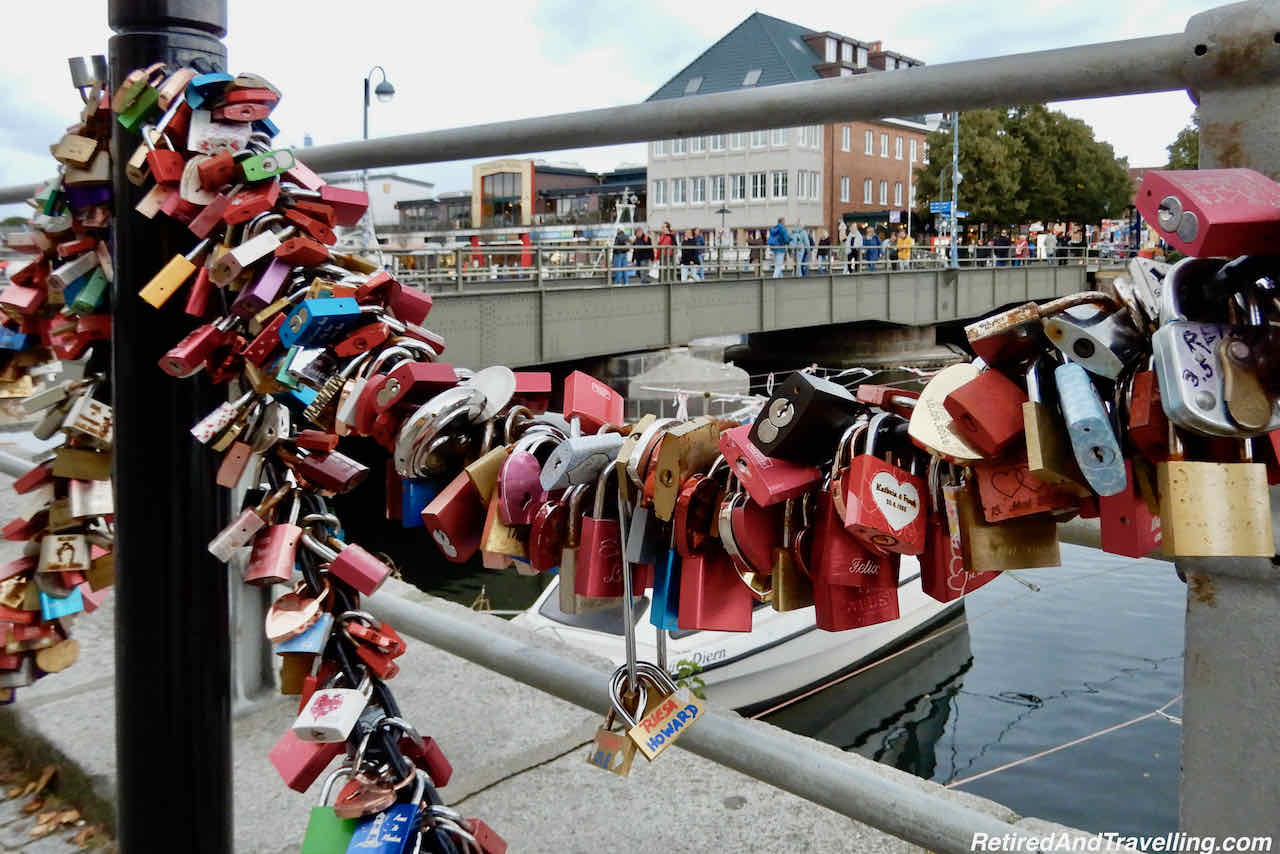 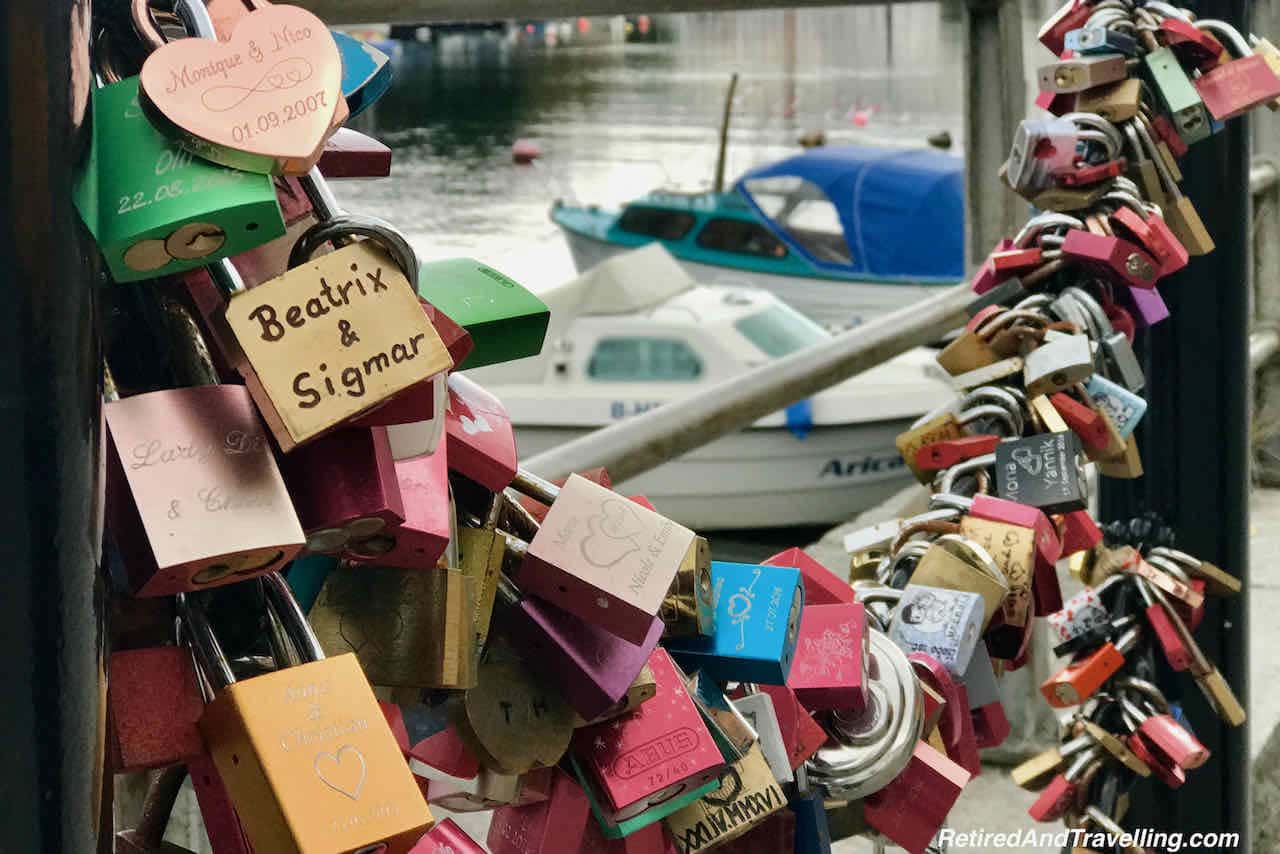 The fishing village of Warnemunde was a very picturesque town. We walked along the cobblestone streets and admired the buildings. Many looked like gingerbread houses. Flowers were in bloom and adorned many of the buildings. 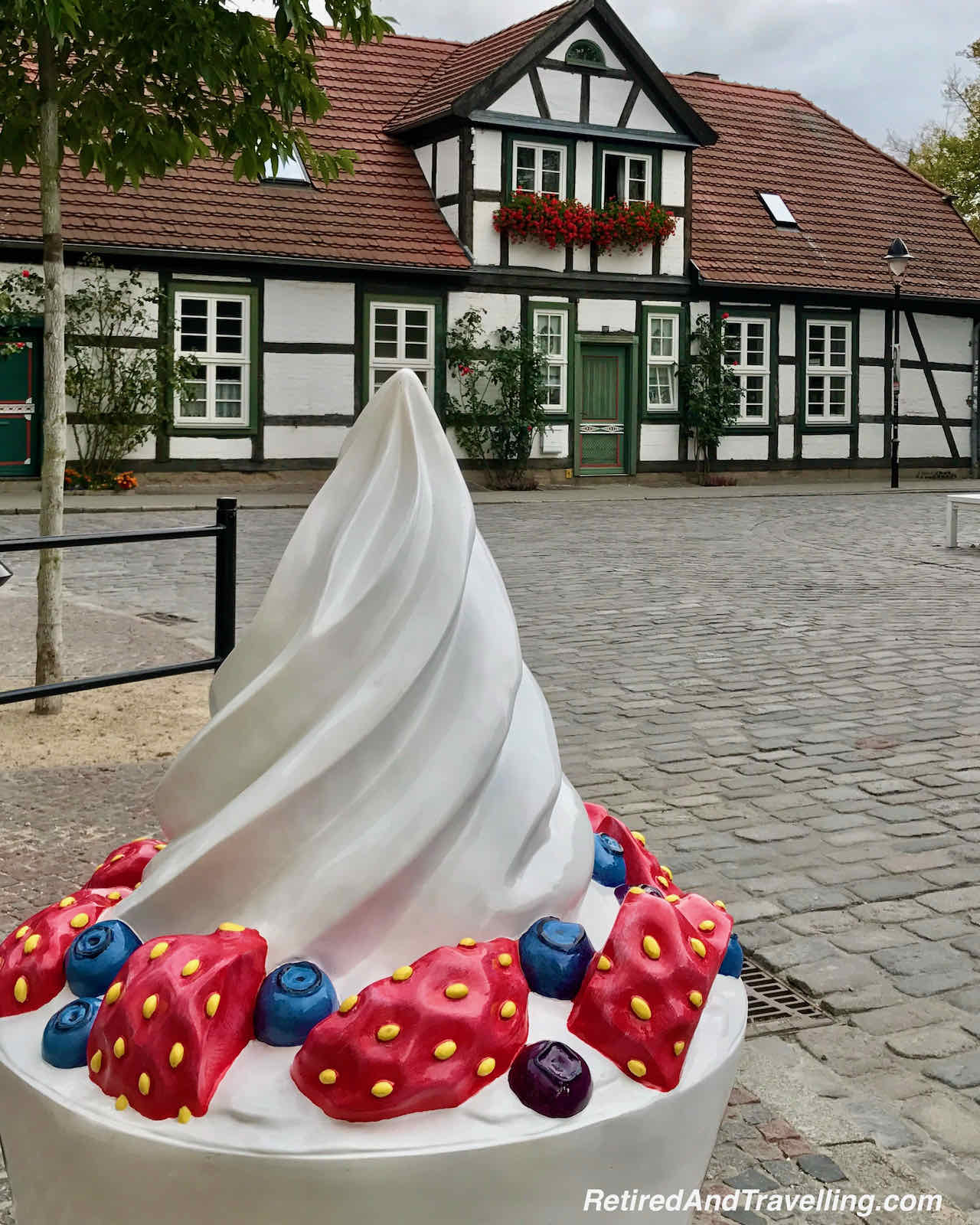 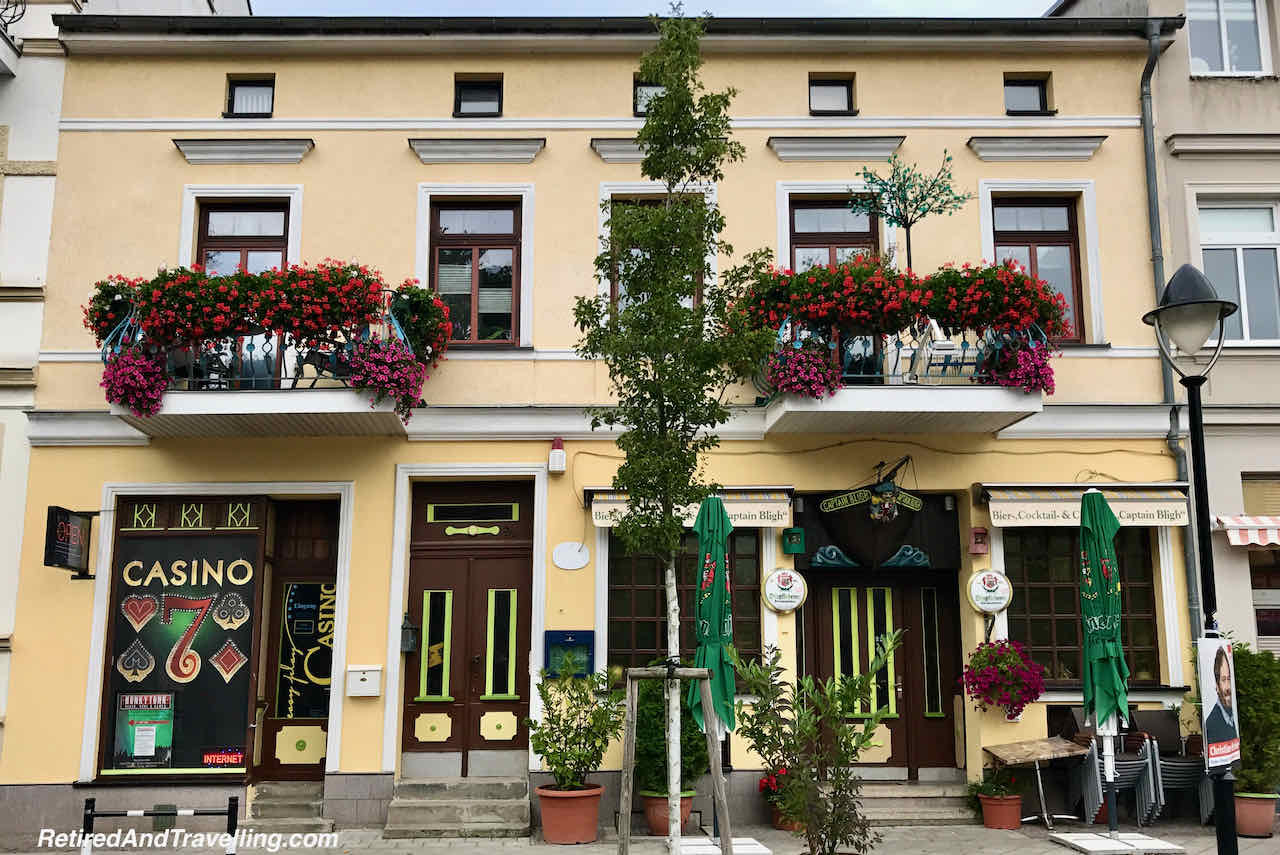 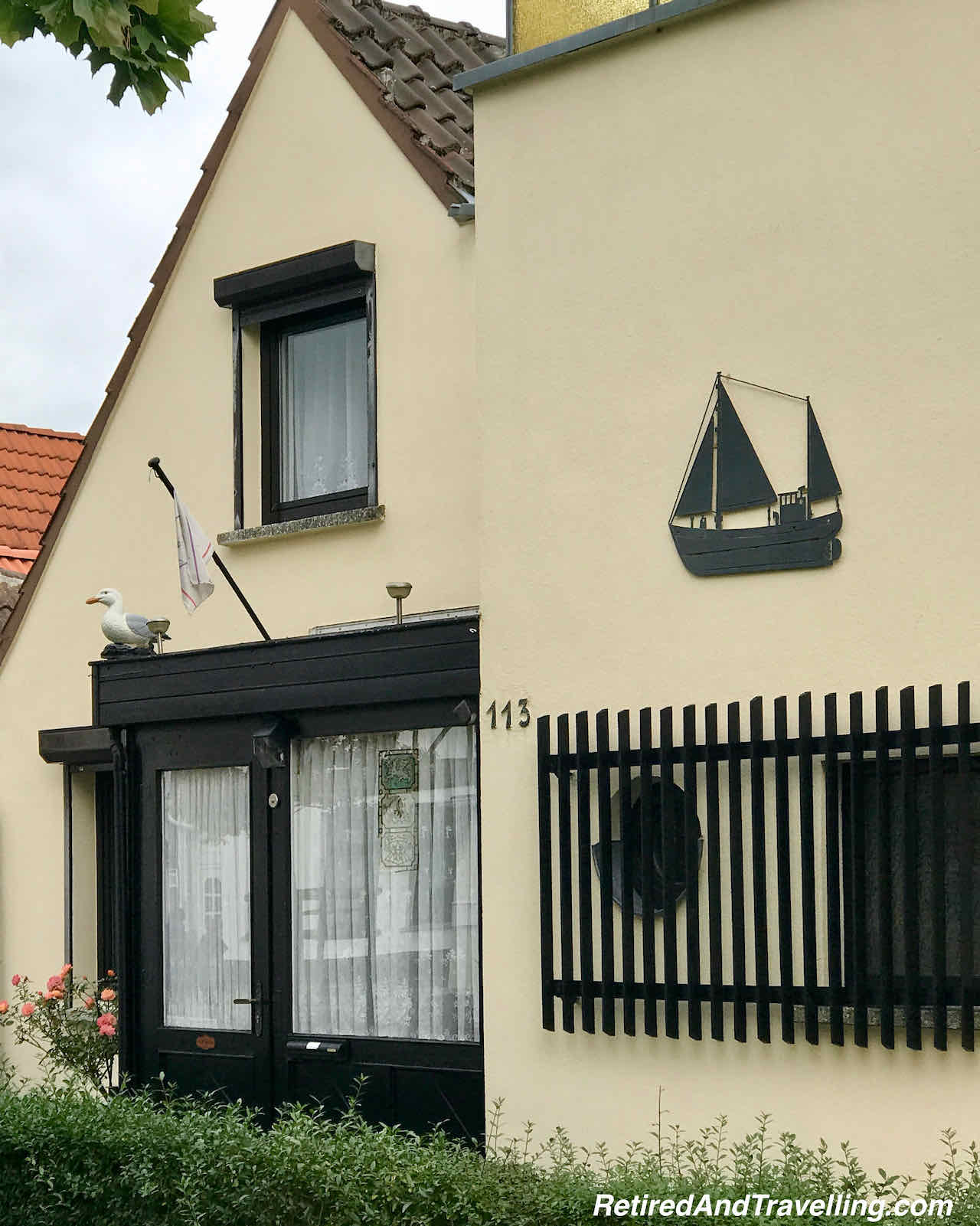 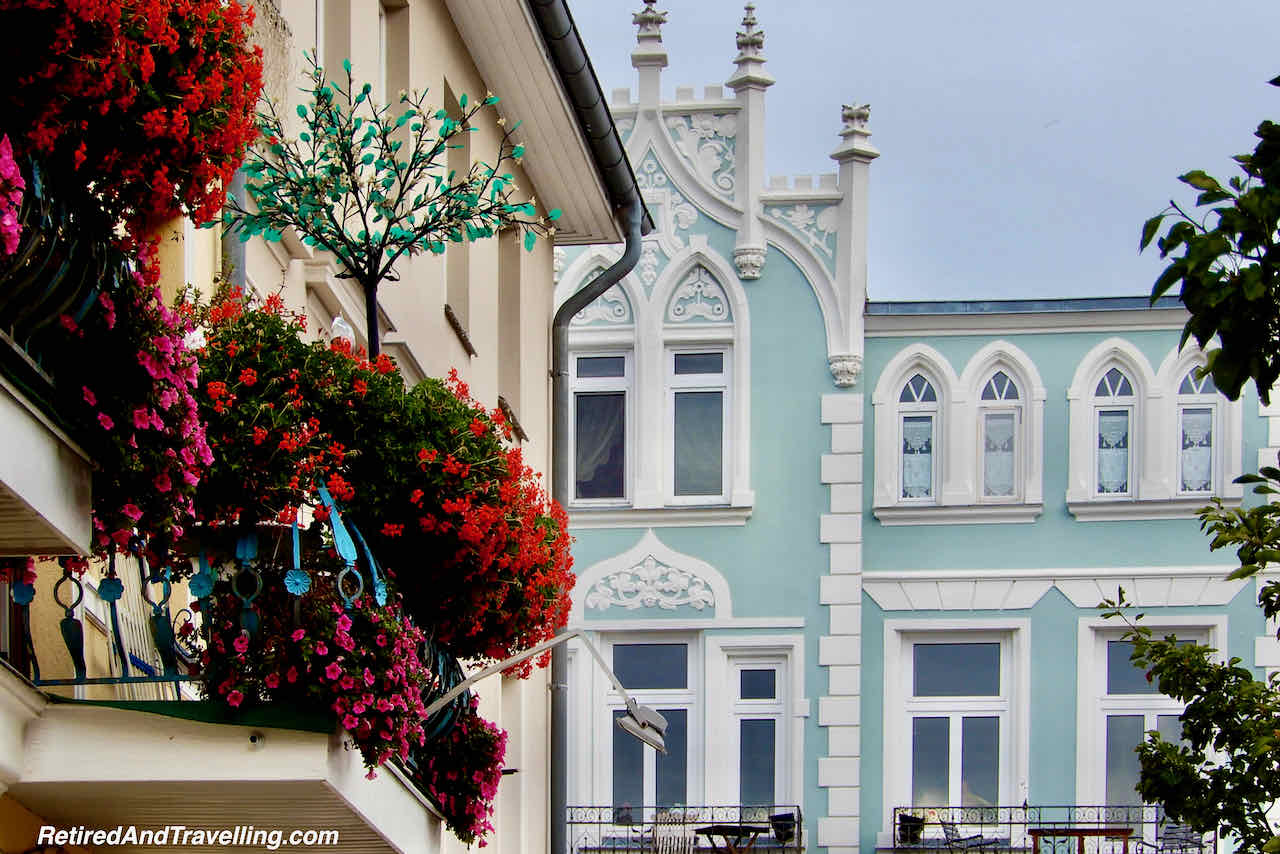 Like most of the Baltic towns we had visited, bicycles were a favourite way for people to get around. We also saw a segway tour going through town. This may have been an easier way to handle the cobblestone streets. 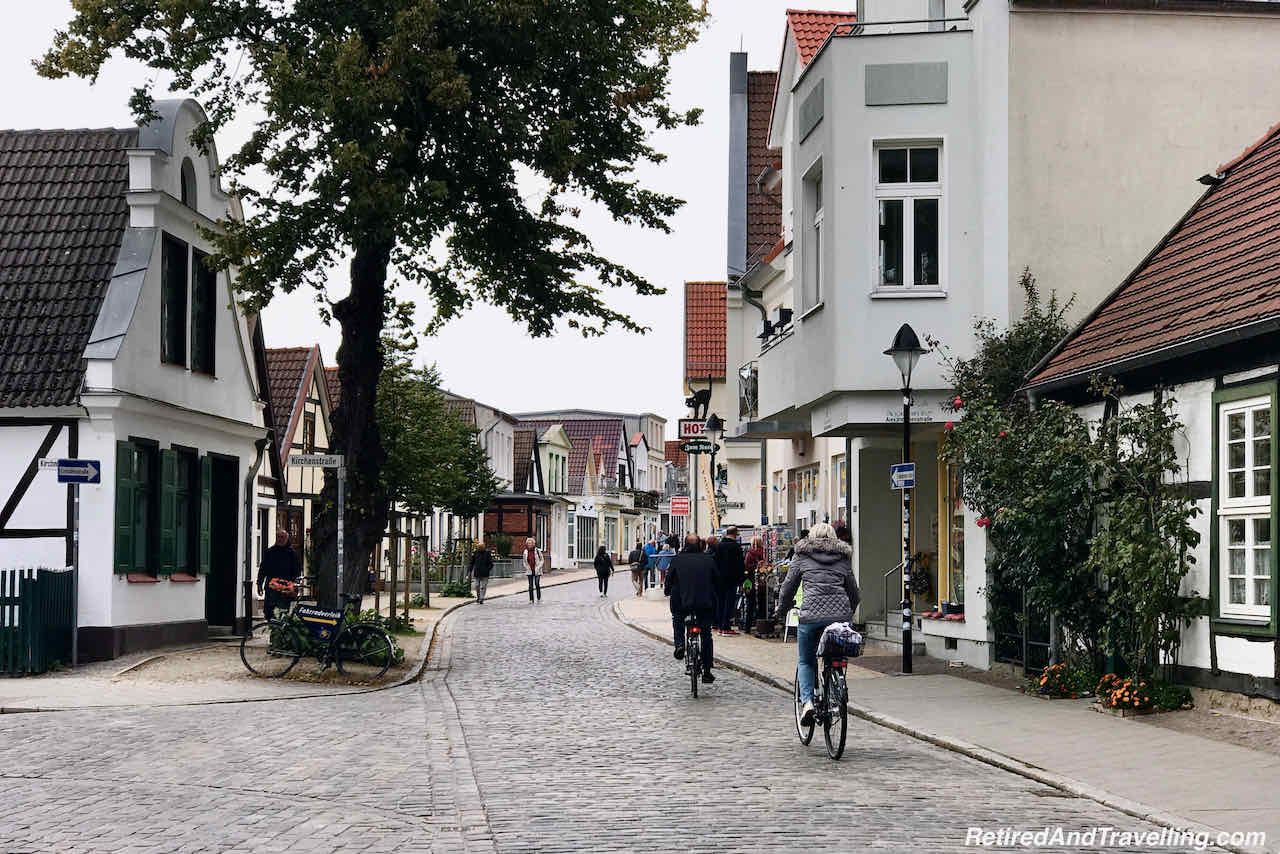 The Ev Luth Kirchengemeinde church was visible from almost everywhere in town. We walked around the outside and caught a few views of the church from many different angles. 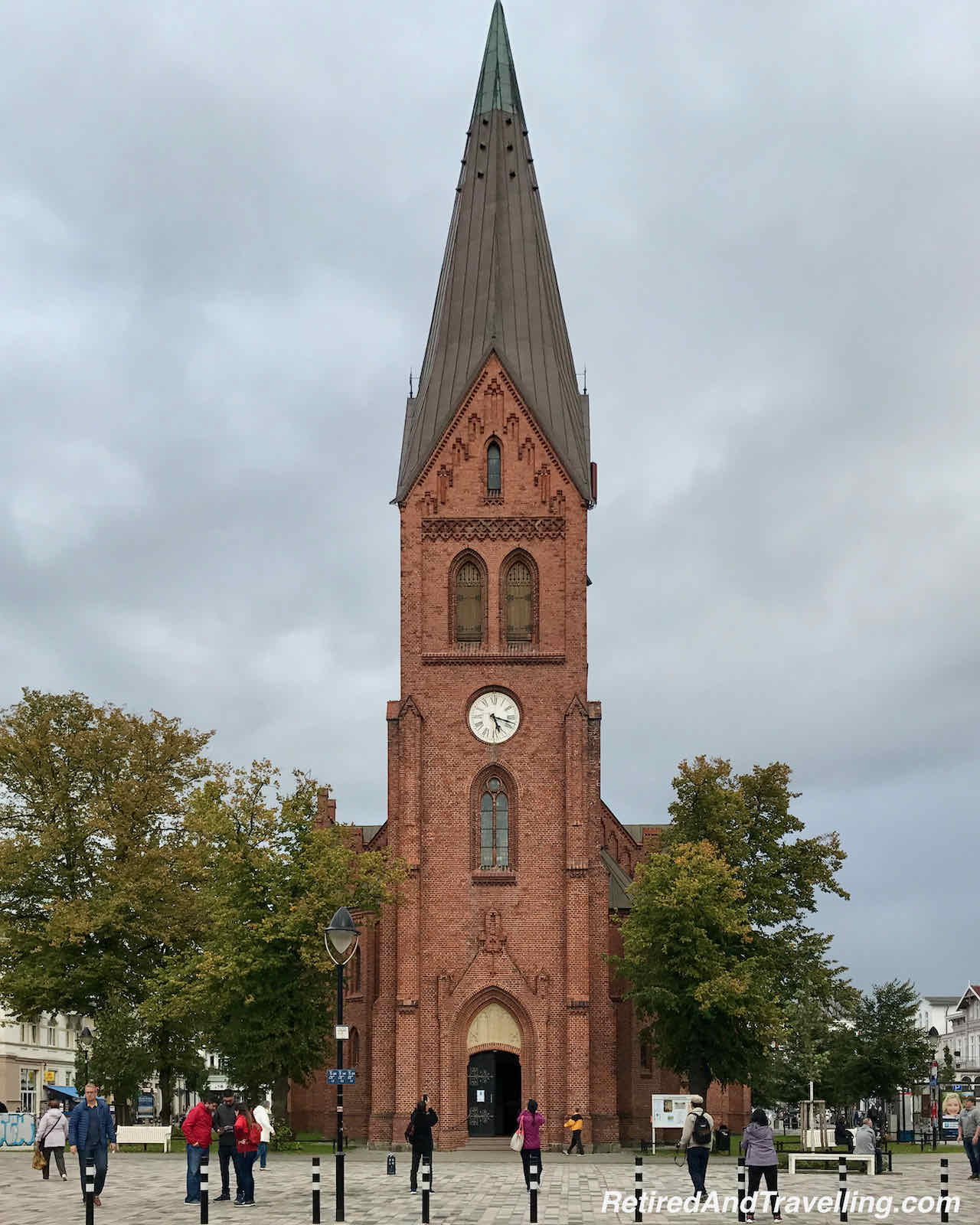 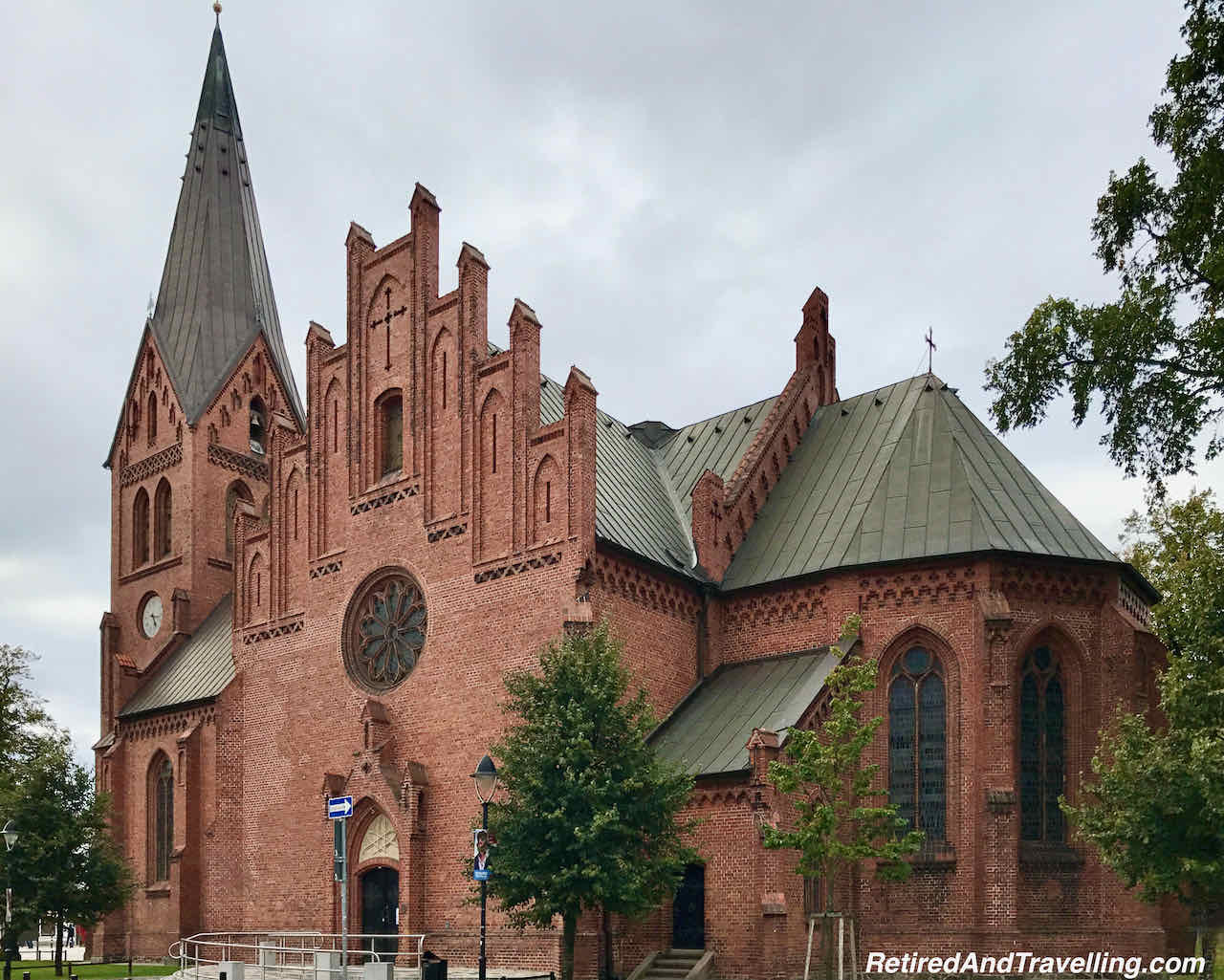 The inside of the church was much less ornamental than many of the churches we had visited on this cruise through the Baltic. The altar had interesting carved statues and was framed by simple stained glass windows. 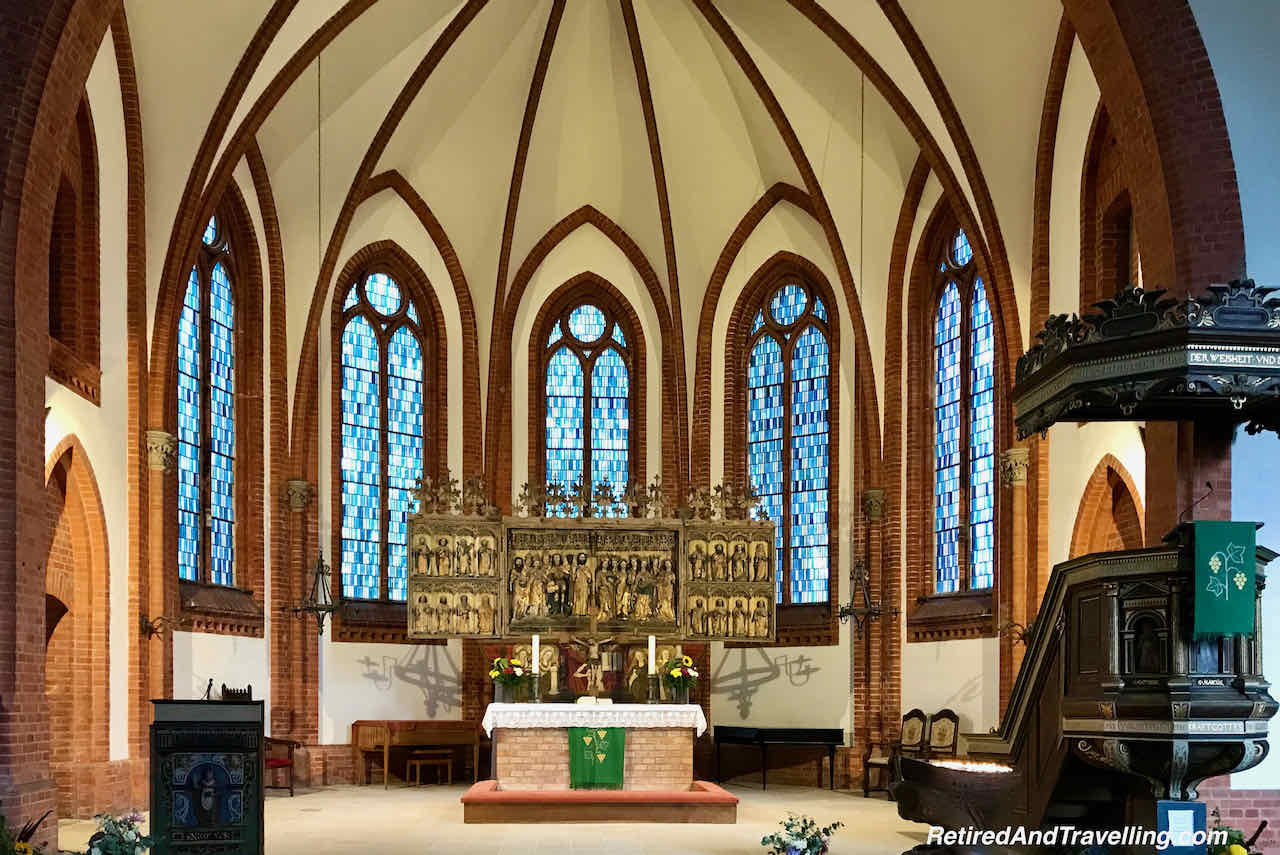 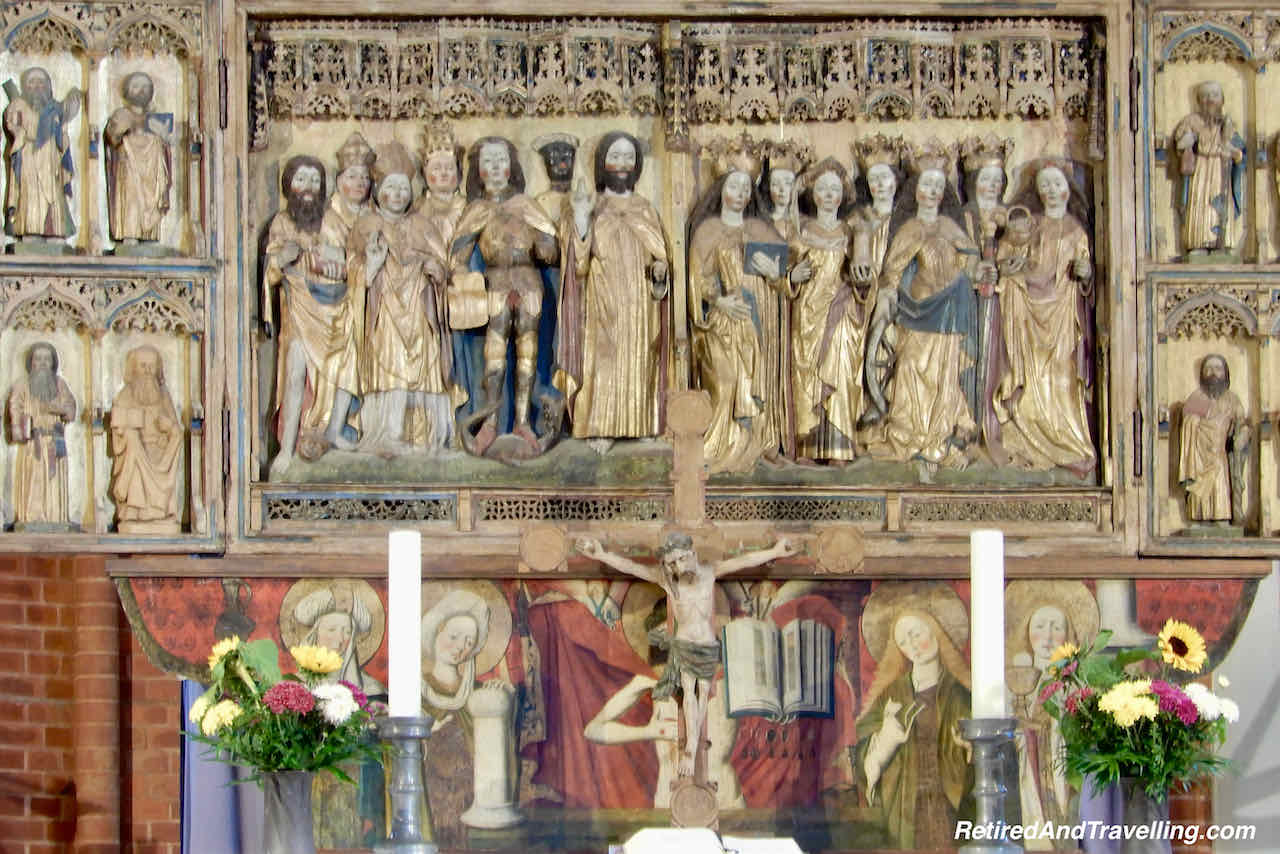 Soft music played for the whole time we spent inside the church. When we looked up we saw the organist as she played. 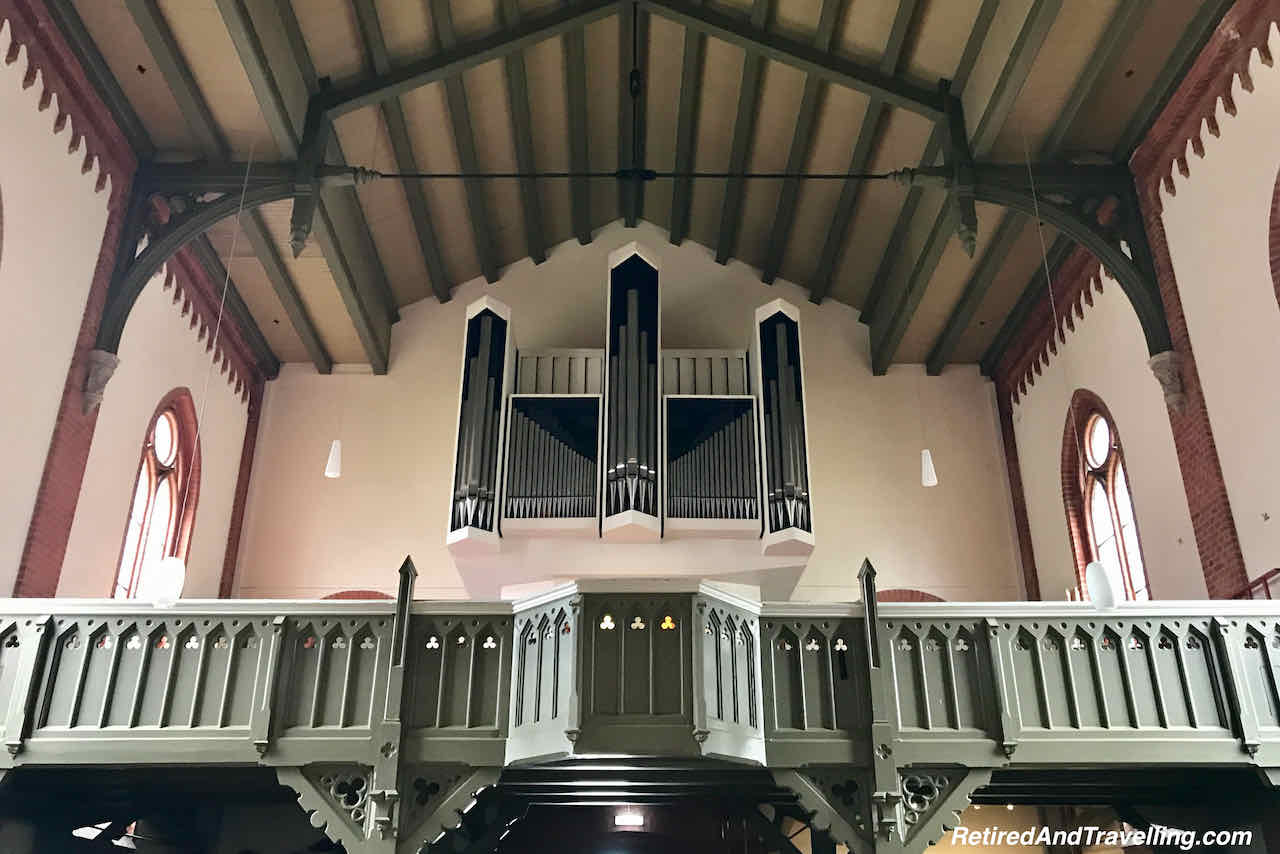 We Enjoyed Our Walk In The Fishing Village of Warnenunde

We were glad that we had time to visit the little fishing village of Warnemunde after our tour to Schwerin Palace. It was a cute little town to wander around. There were lots of shops if shopping was your thing and cafes to sit and people watch.

From Warnemunde we headed back to Denmark. Our next stop was the charming small town of Skagen.

Have you done a walk in the fishing village of Warnemunde in Germany? What did we miss? 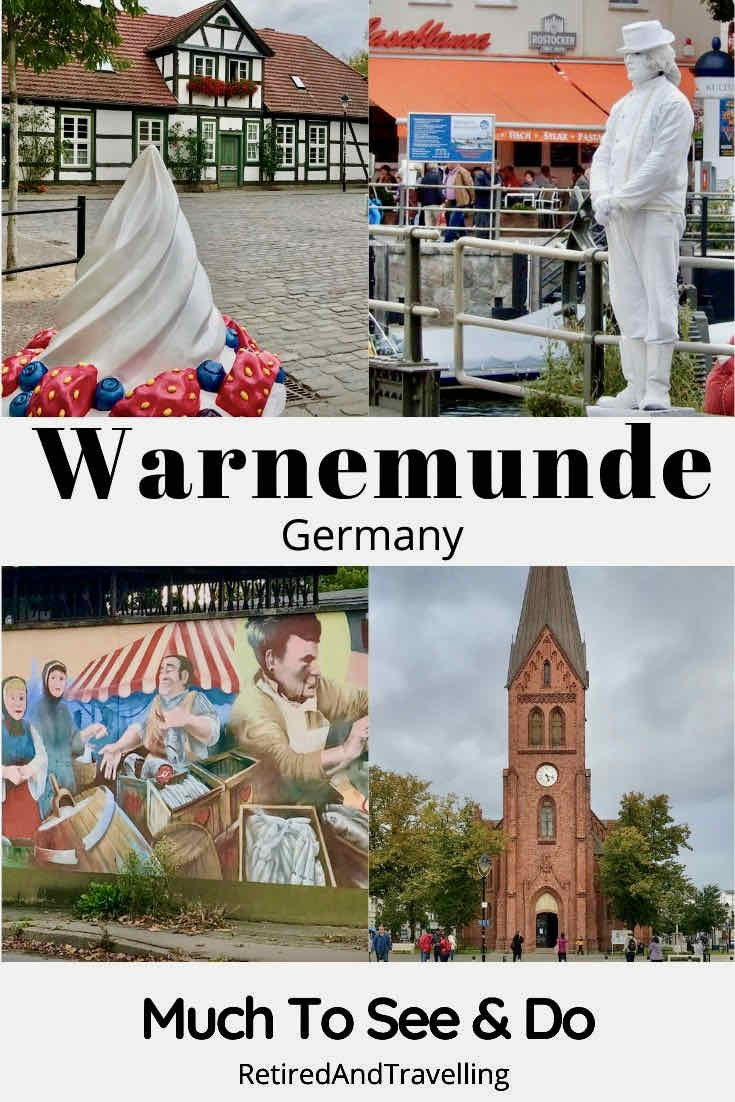 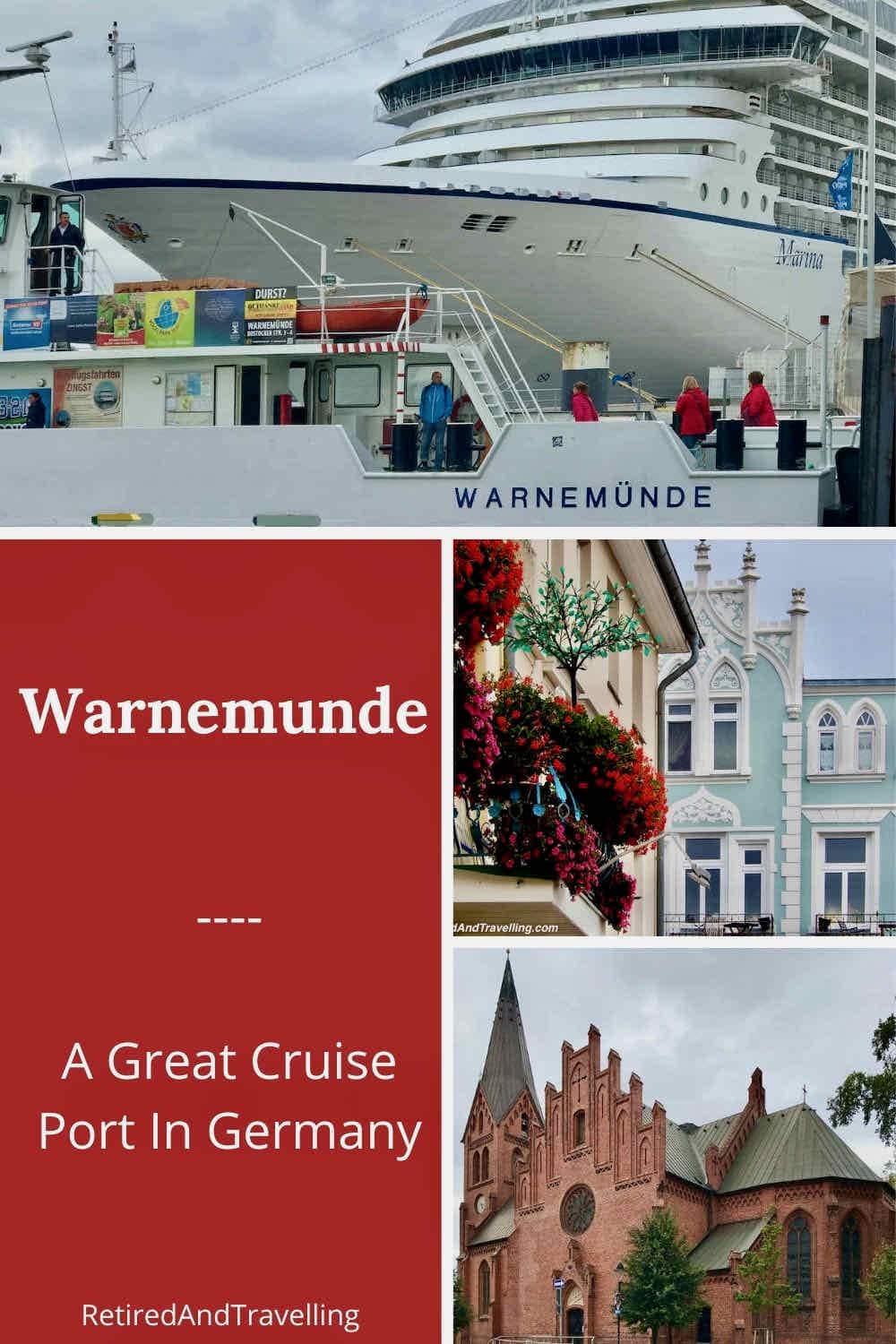 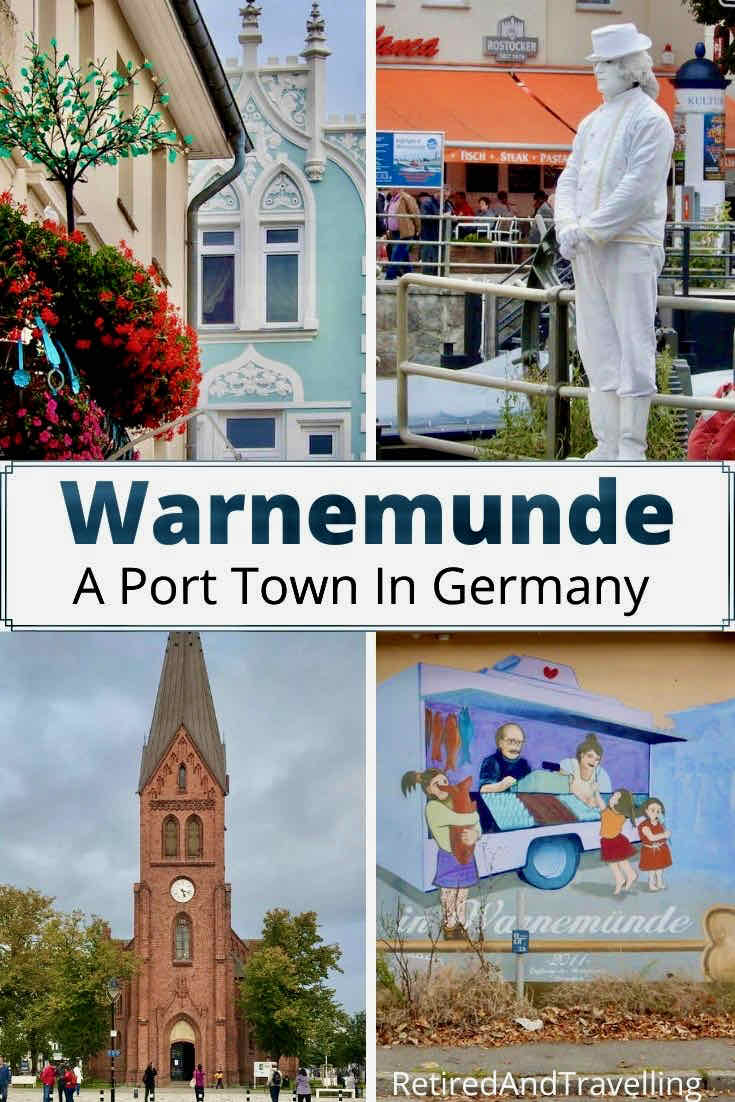 Are You Ready For An Around The World Cruise?

We would love if you could share this!
2
2
Shares

An Amazing Stop At The Giant’s Causeway

A Great Day In North Ireland With A Stop At The Giant’s Causeway On our cruise through the Nordic countries, we were excited to get a small taste test of Ireland from north to south. […]

We would love if you could share this!
74
74
Shares

Variety In The Things To Do On Tenerife

Arriving In Tenerife Tenerife was the final Canary Island we visited on this trip. They were all quite different. Lanzarote was an arid volcanic mountain with stunning scenery. La Palma was a green and lush […]

We would love if you could share this!
11
11
Shares