Looking For Whale Tales in Oregon

Coming down the Oregon coast at the start of our 4 week trip along the west coast, we were constantly on the lookout for whales.  It was whale season and we could not leave the west coast without whale tales!

Waking up early on our stop in Yachats Oregon, we scanned the horizon for an hour waiting for a glimpse.  Only to leave disappointed. When we stopped at the information centre, they told us that whales were feeding at the mouth of the Klamath River. 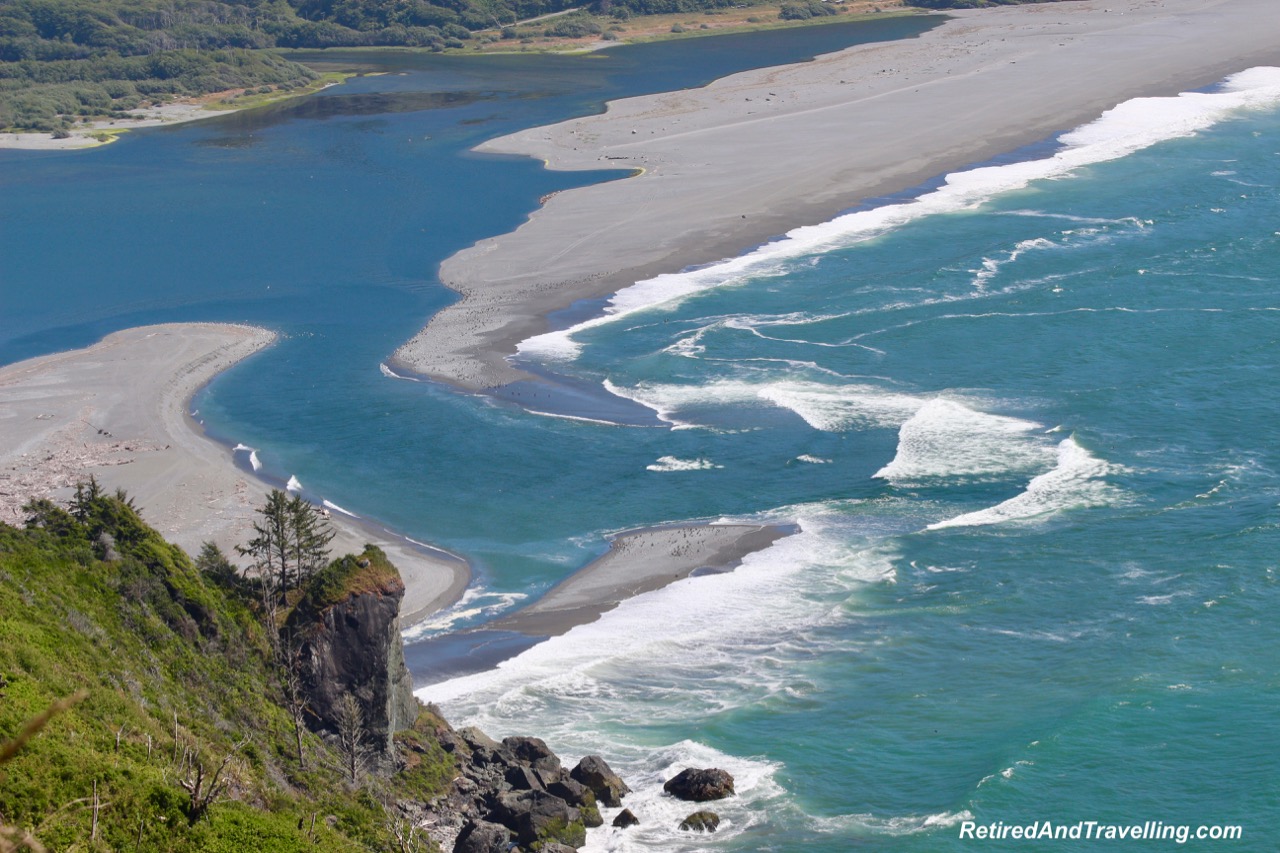 Feeling like storm chasers, we followed the local road to the Requa Overlook.  There we found the ranger handing out binoculars to the tourists. Sure enough, there was a group of whales feeding. But you had to have a lot of imagination to really see them in any of our pictures. But they really were there!

Making Whale Tales in Moss Landing Outside of Monterey, California

Arriving in Monterey, we found that every tour placard showed the counts of the whales that had been seen.  Although you had to probe the stats really hard to be able to predict in any way your chance of seeing whales. There were a lot of different tour companies on the Monterey Fisherman’s Wharf.  But when probed on where they would be heading, it appeared that all signs pointed to the mouth of the river at Moss Landing. So why would we waste part of our 4 hour tour just getting to Moss Landing?

Checking out the various tour companies in Moss Landing, we finally settled on Sanctuary Cruises to find our whale tales. 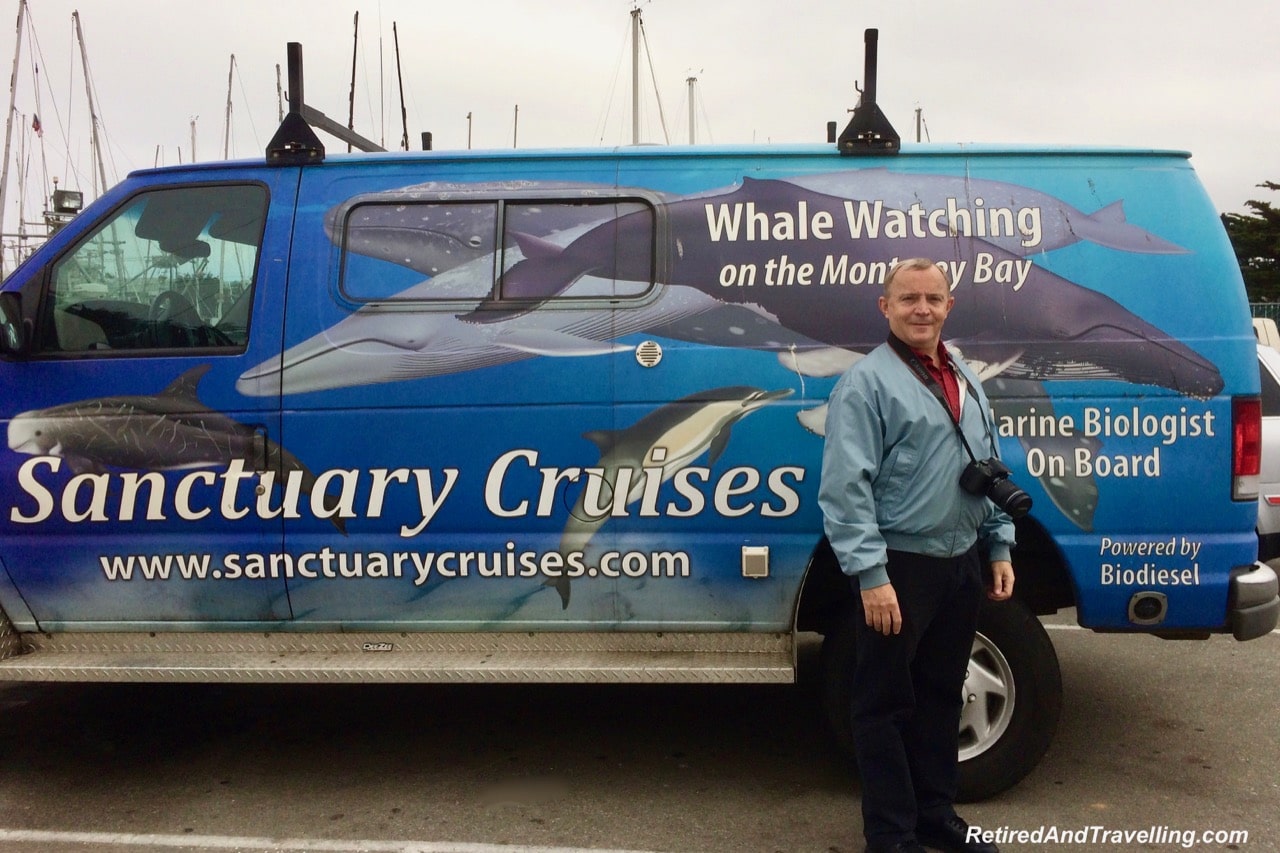 The groups looked smaller and being local, they seemed to know which spots to pick.

The Sanctuary Cruises  boat was in good shape.  It offered a bit of shade and lots of deck rail spots for picture taking. We lucked out with great weather to be out on the rolling sea. Even though they offered fancy anti-nausea bracelets, not all of the passengers refrained from leaning over the back of the boat to feed the sea life.

We saw a good number of different groups of whales.  Most of our sightings were at the recommended distance.  But a few times the whales came to us and offered close up shots.  We certainly got our whale tales this day! 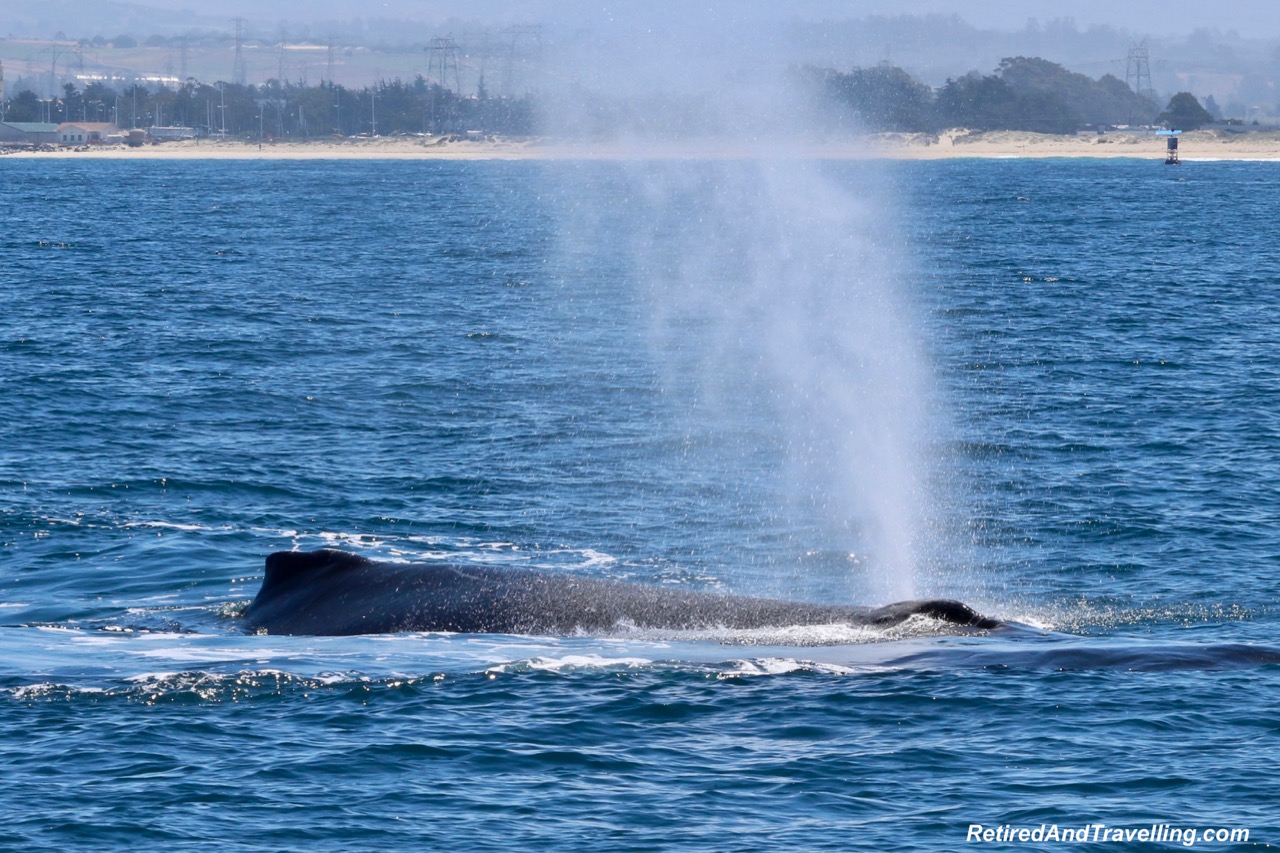 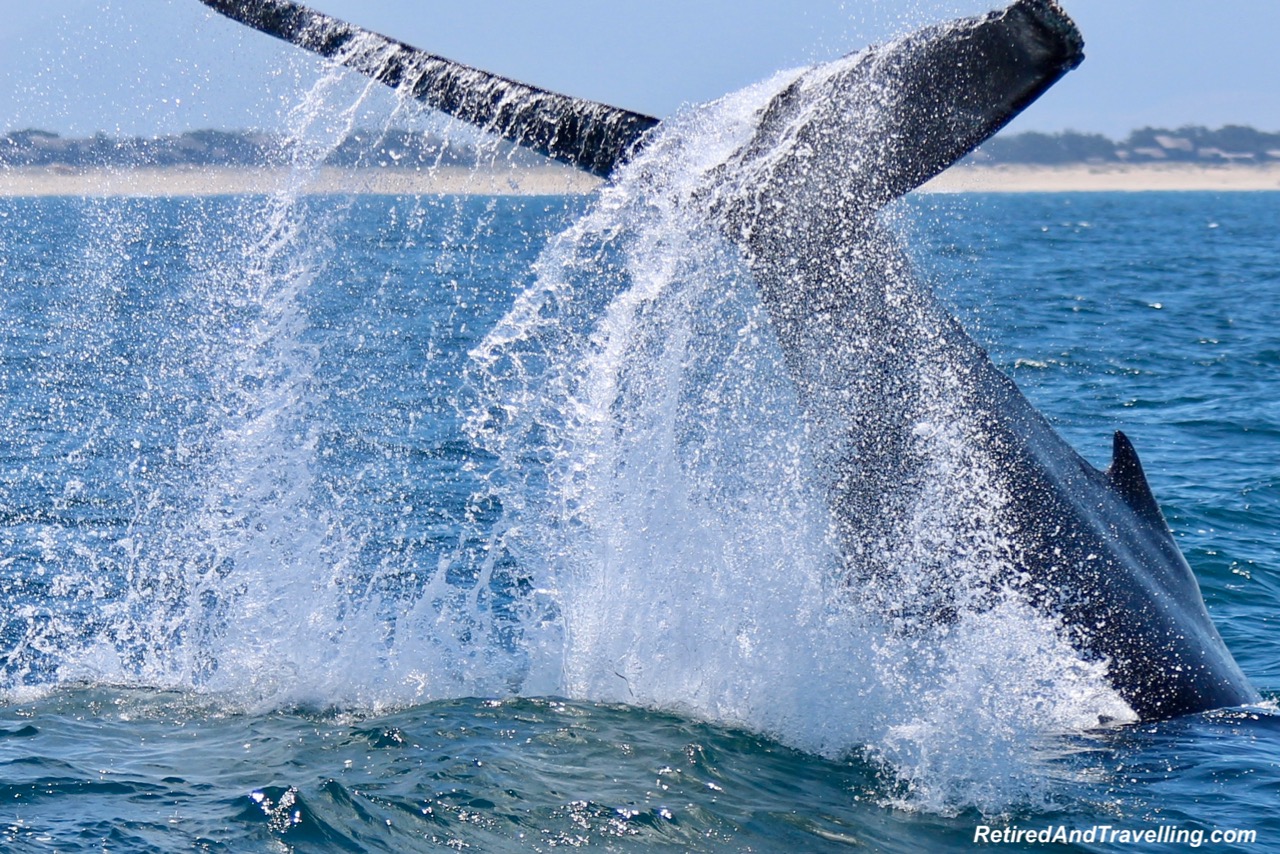 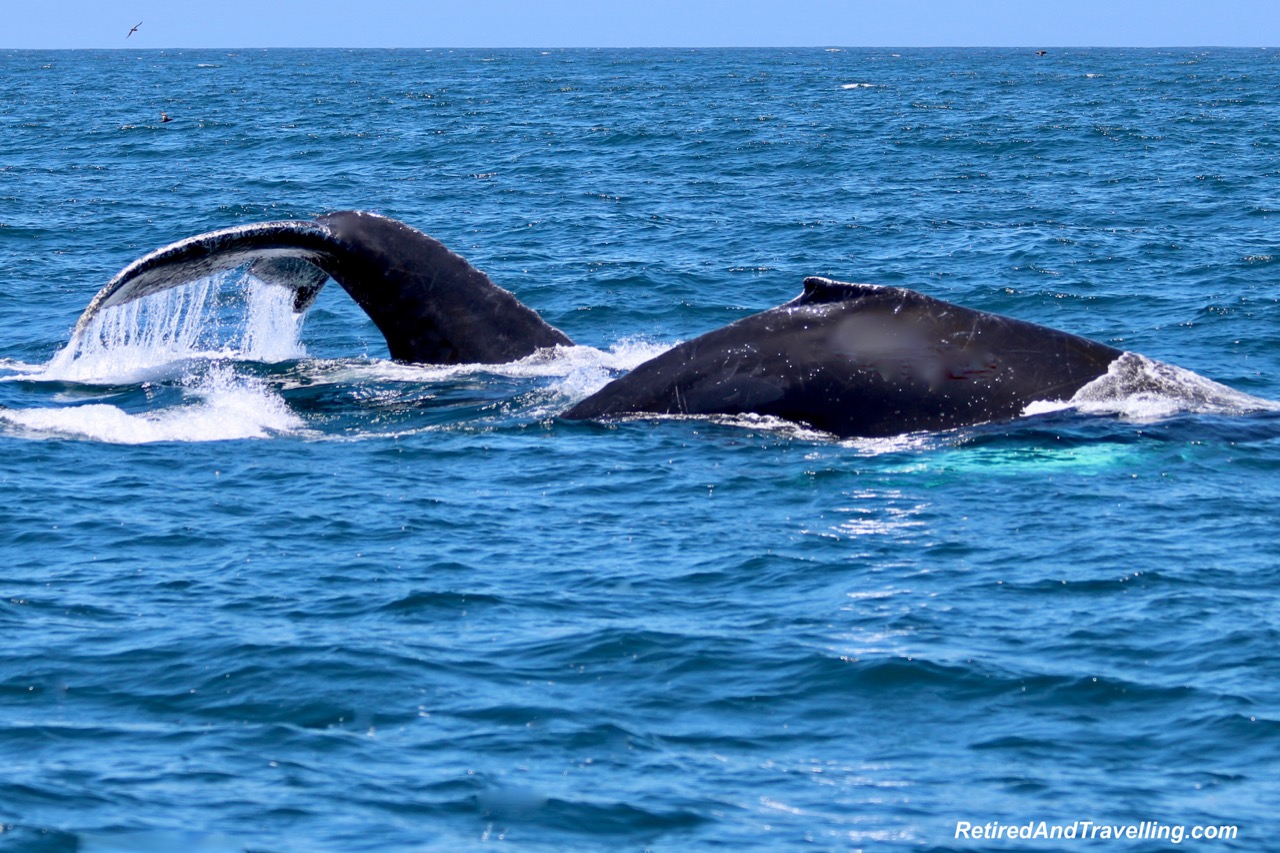 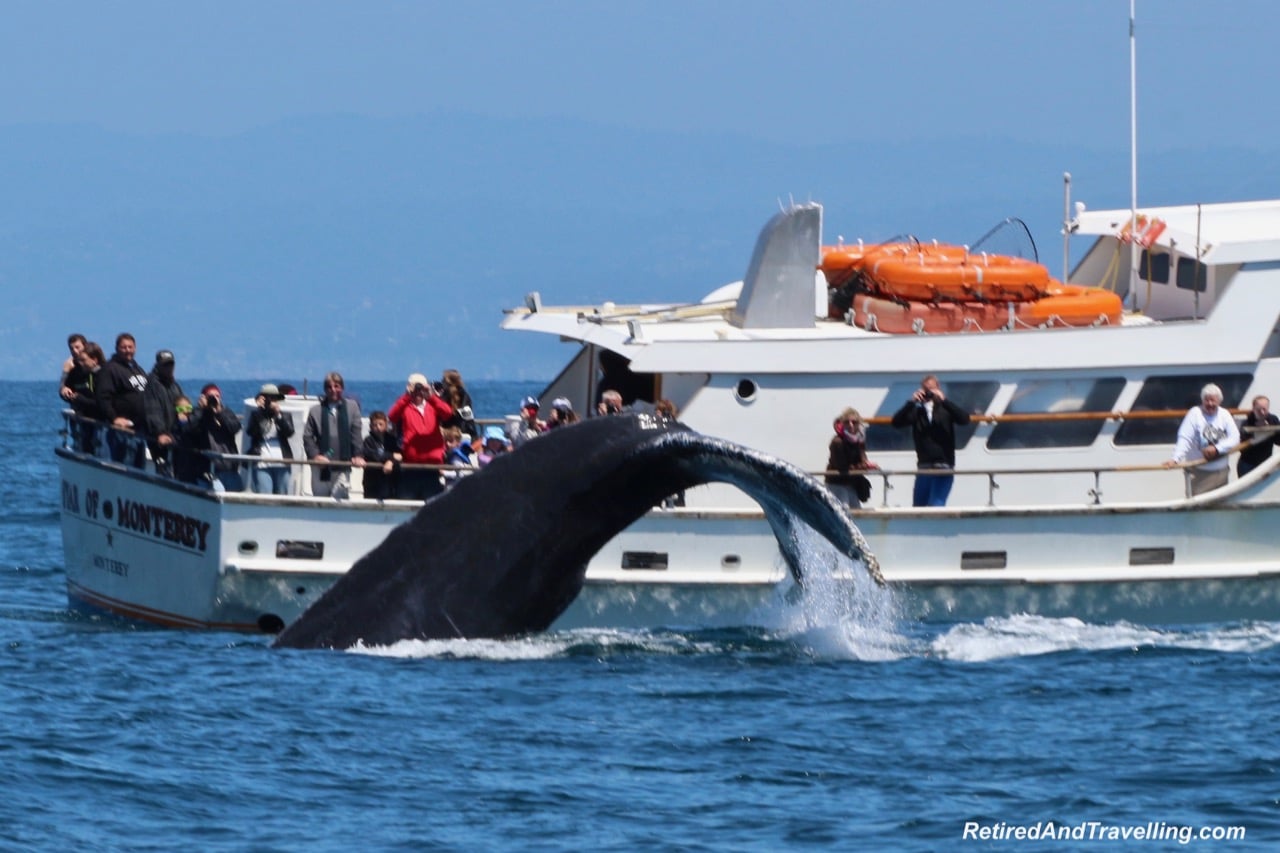 Other Sea Life Came To Play

Interspersed with the whales were playful harbour seals, determined to outperform each other with playful antics.  As we headed back to the harbour, sea otters floated past on their backs. 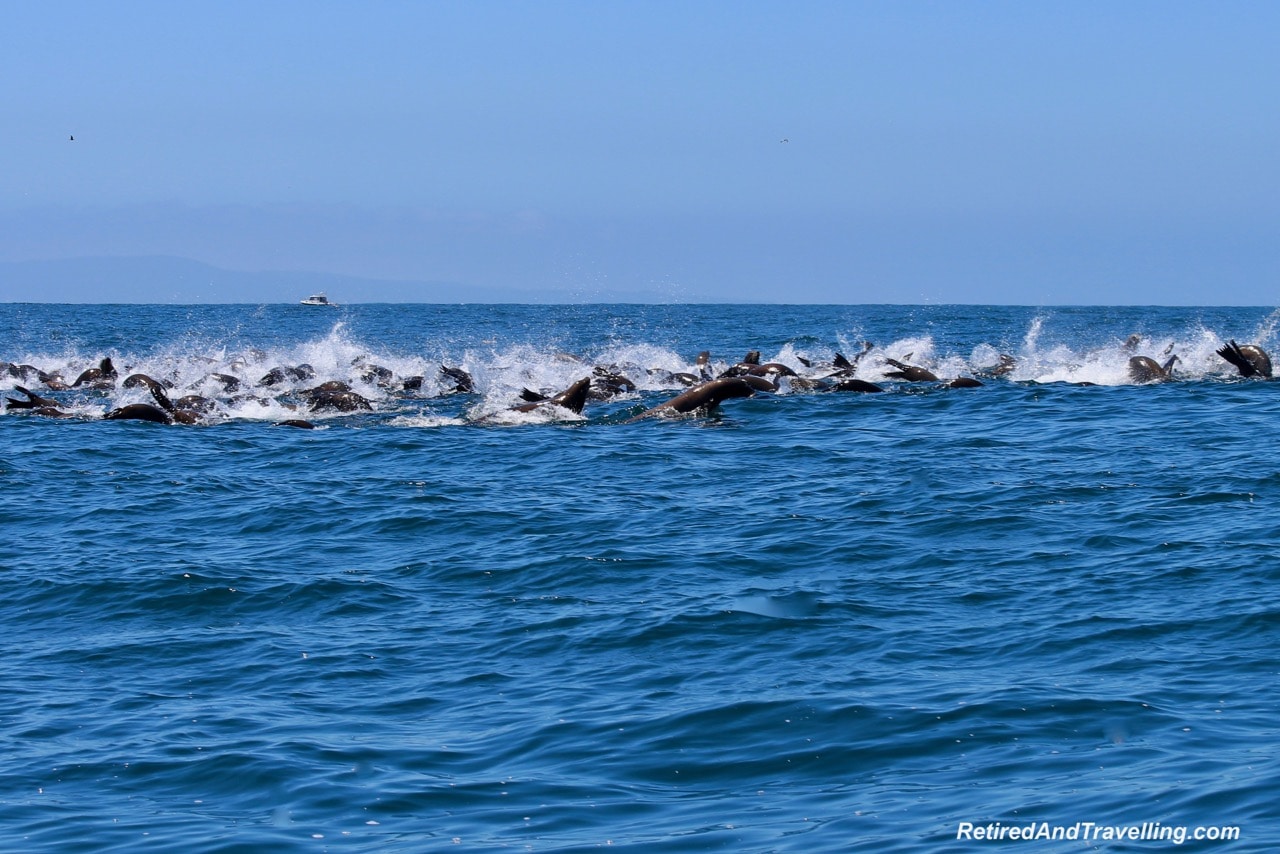 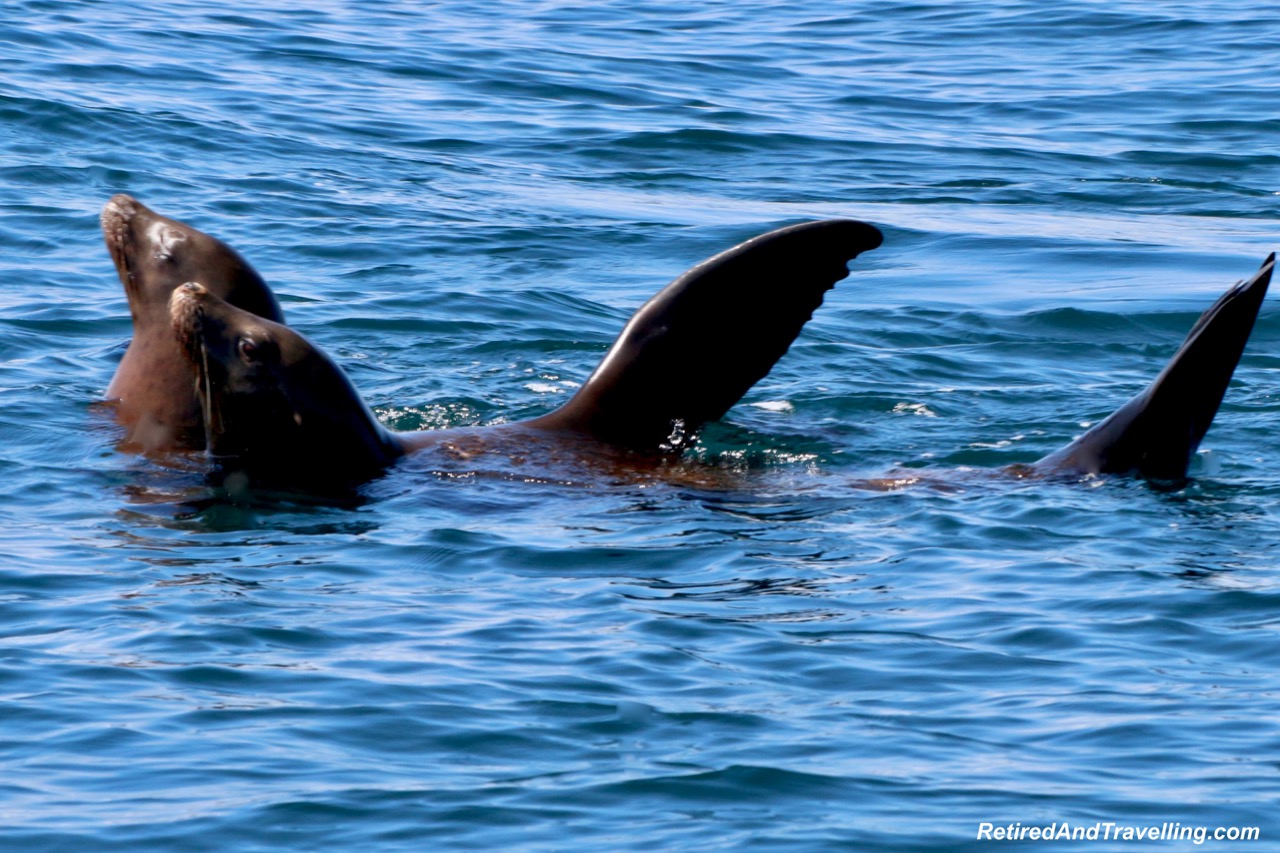 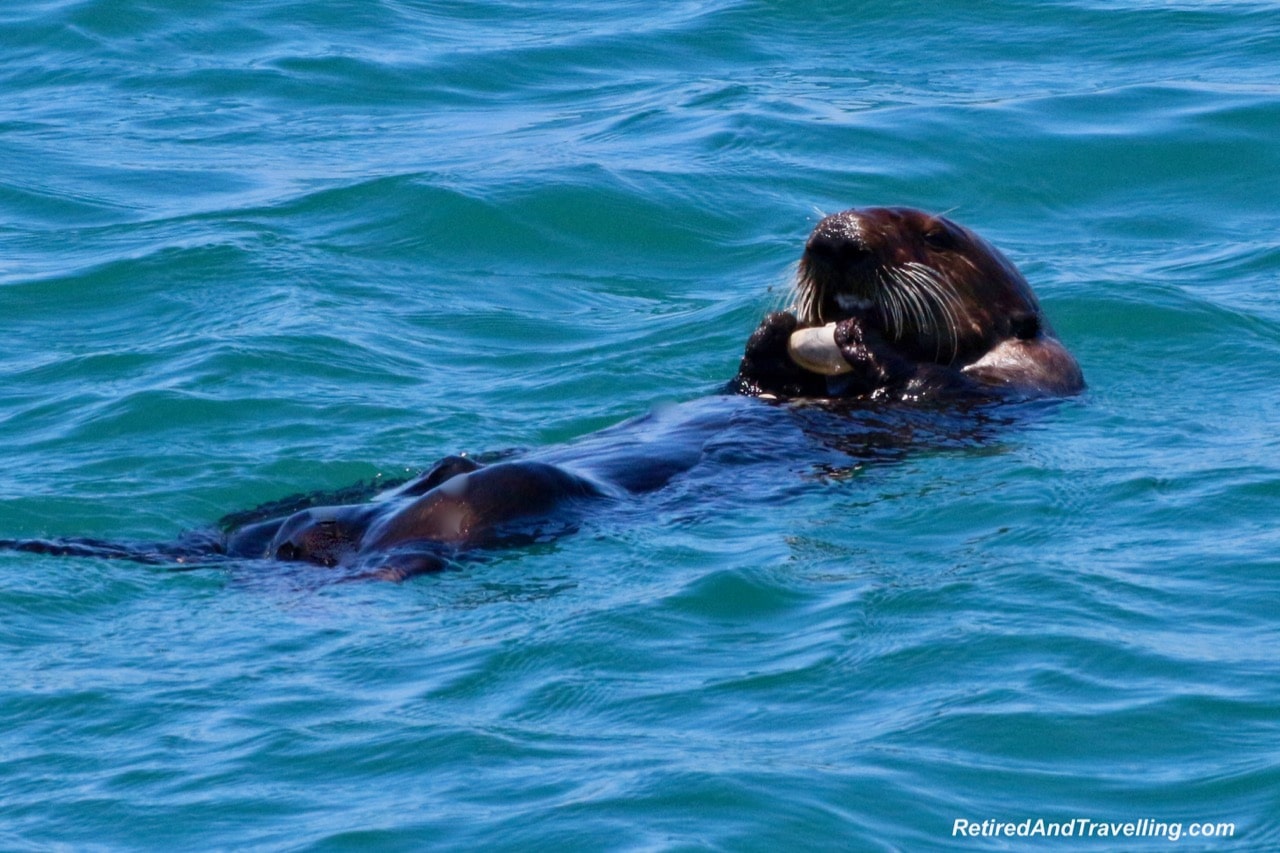 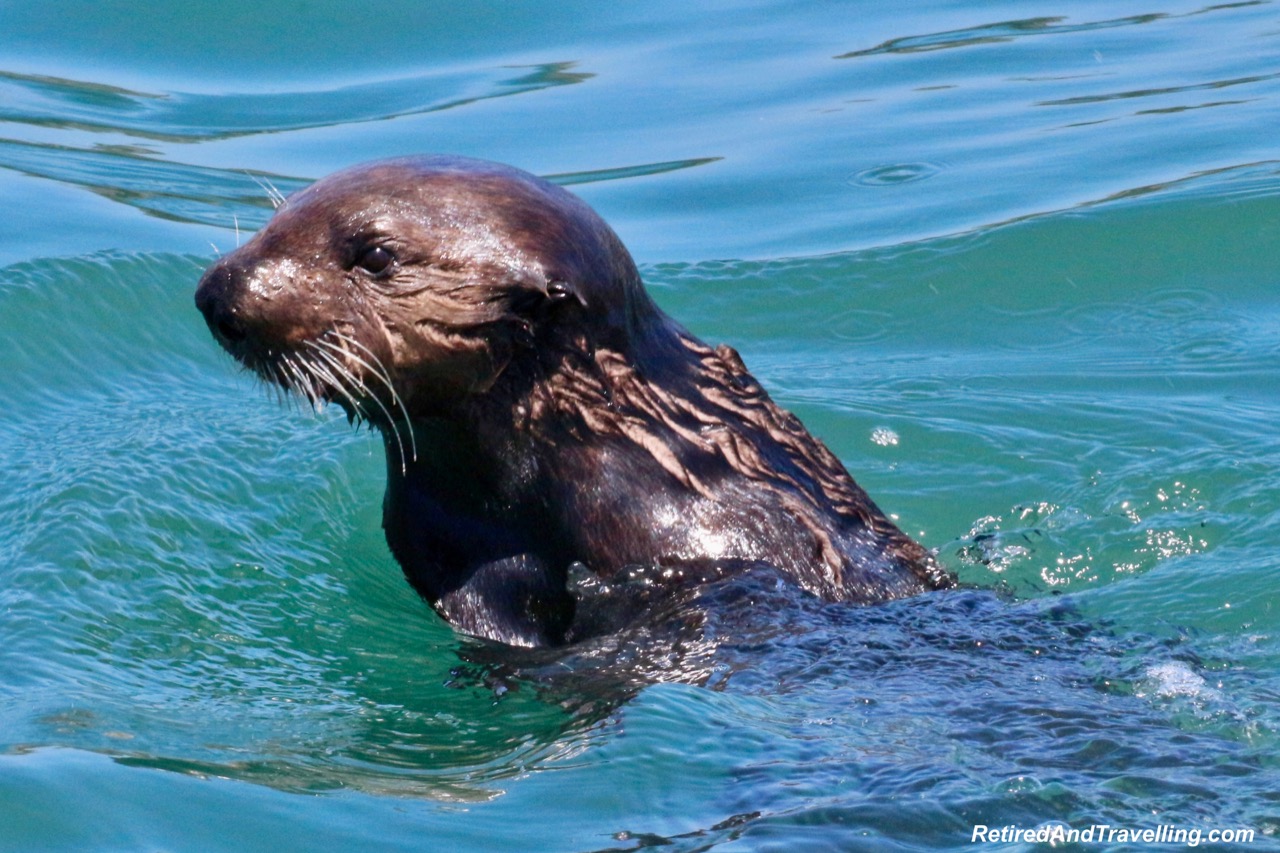 It was certainly a great day to be out on the water.  We went out looking for whale tales in Monterey.  But we saw so much more!

So Fun To Find Whale Tales in Monterey

It was a great day for whale tales in Monterey. We saw only humpback whales, with blue whales being in season a little later in the summer. The whales spouted for us and dove with wiggles of their tails on a regular basis.

But while we watched closely, we never got the full breach view we hoped to see. Maybe next time!  We would move from whales to jellyfish in the Monterey Bay Aquarium for our next adventure.

Do you have whale tales from the west coast?  Do you have a favorite spot or time of year?
PIN To Pinterest: 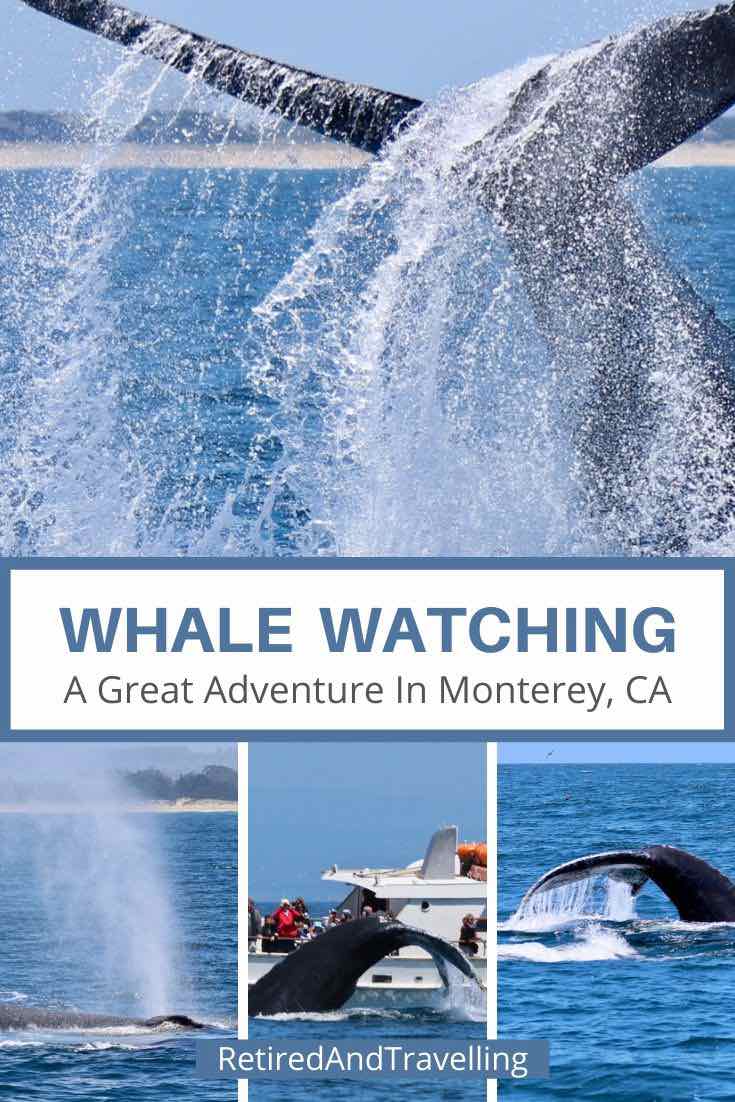 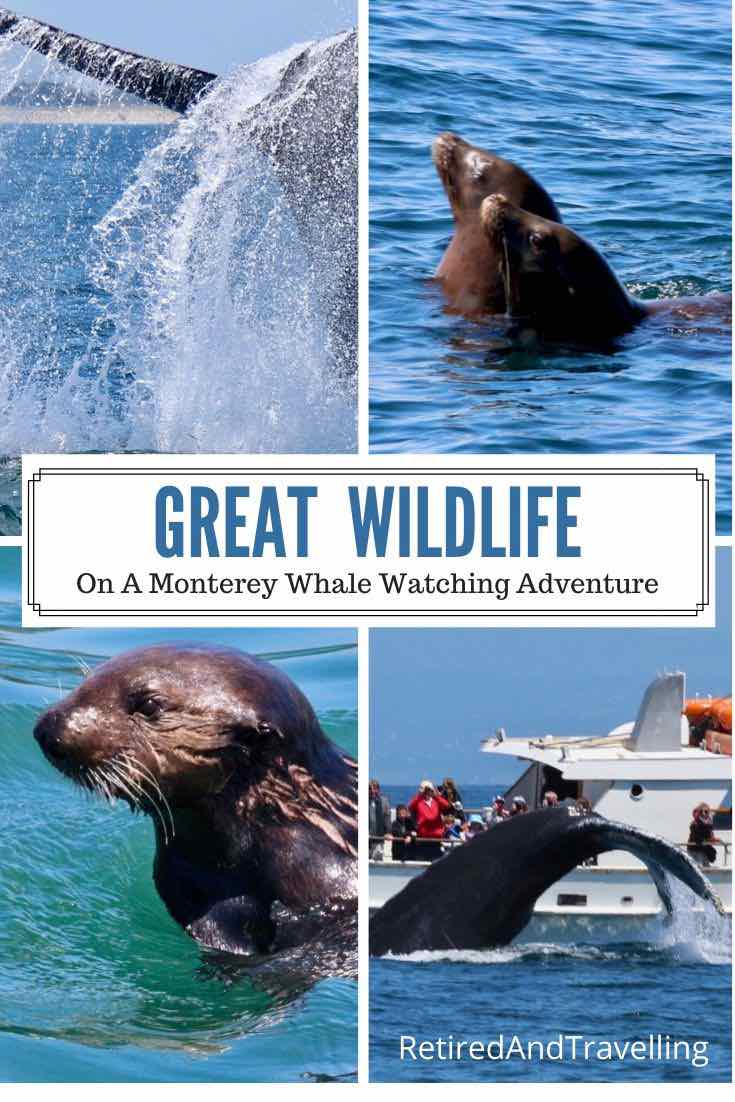 A Rainforest Excursion in Ketchikan, Alaska

Enjoying A Rainforest Excursion in Ketchikan We left Seattle and spent one day cruising with Oceania Cruises up the Inside Passage along the coast of British Columbia in Canada. The first port on our Alaska […]

We would love if you could share this!
80
80
Shares

Travelling The PCH To See The West Coast For 4 Weeks It was a great trip travelling the PCH (Pacific Coast Highway) for 4 weeks down the west coast.  We covered an amazing: 2200+ miles, 2 […]

We would love if you could share this!
65
65
Shares