After 8 hours on a bus in Grenada at the previous stop on our 26 day Caribbean cruise with Oceania Cruises,  we were back on a bus again for a Barbados quick glimpse. The only thing that saved me was that it was a much bigger air conditioned bus and a much shorter excursion!

Maybe the tour guide knew we were getting a little bit blurred in our island facts because she insisted that everything in Barbados was more stable, better and unique. I was not sure if she was trying to convince us or read from the official script for a colleague of hers that rode the bus with us. We got a running commentary for several hours that offered us a very quick glimpse of Barbados.

Leaving the port, the bus drove through the capital city of Bridgetown. The city appeared to be a relatively modern island town with pockets of very high end exclusive beachfront resorts. Names were dropped of all of the celebrities that owned property in Barbados or were regular visitors. Despite everyone watching intently out the windows, all we saw were the main tourist sites. 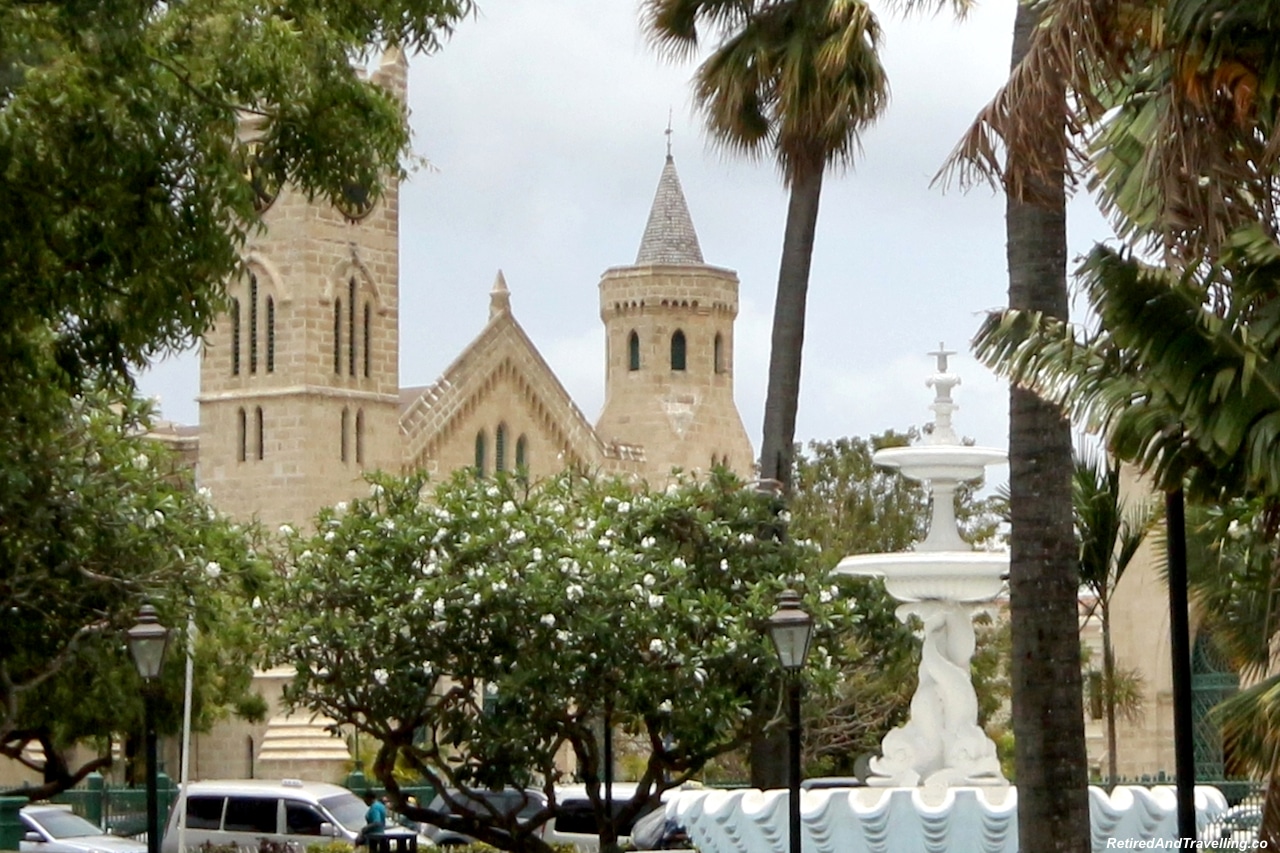 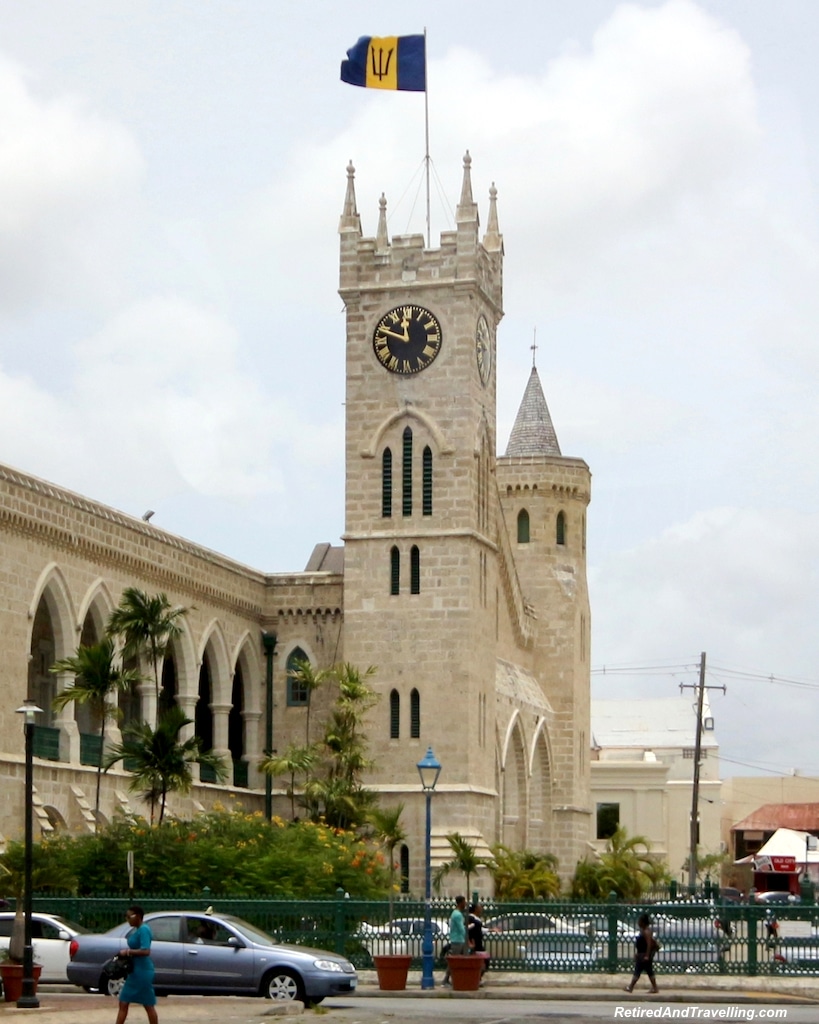 Heading Into the Countryside for a Barbados Quick Glimpse

Our bus trip took us from Bridgetown into the interior. We found an interesting mix of large estates and houses that looked barely habitable. Many of the properties had been left without final paint finishes. Apparently the property taxes were lower if the house was not fully finished. 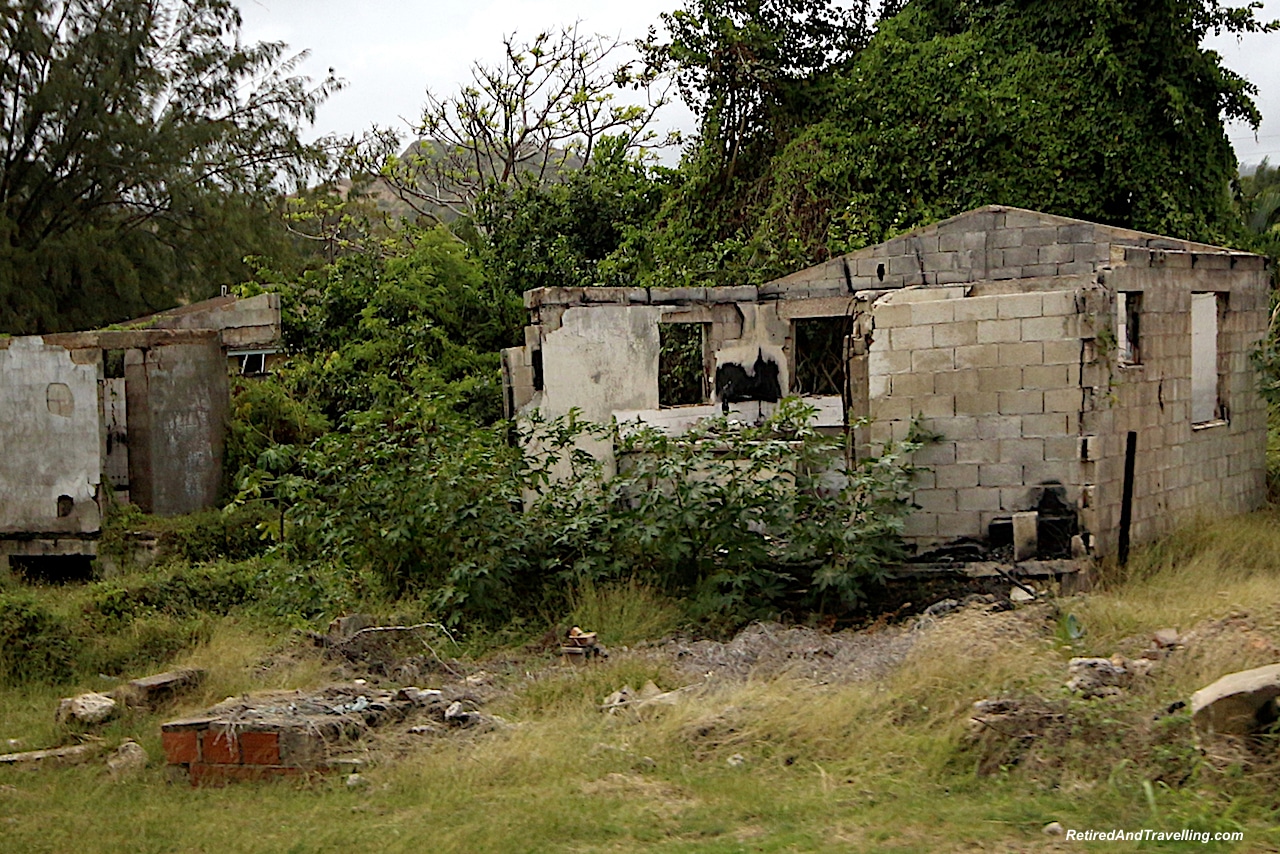 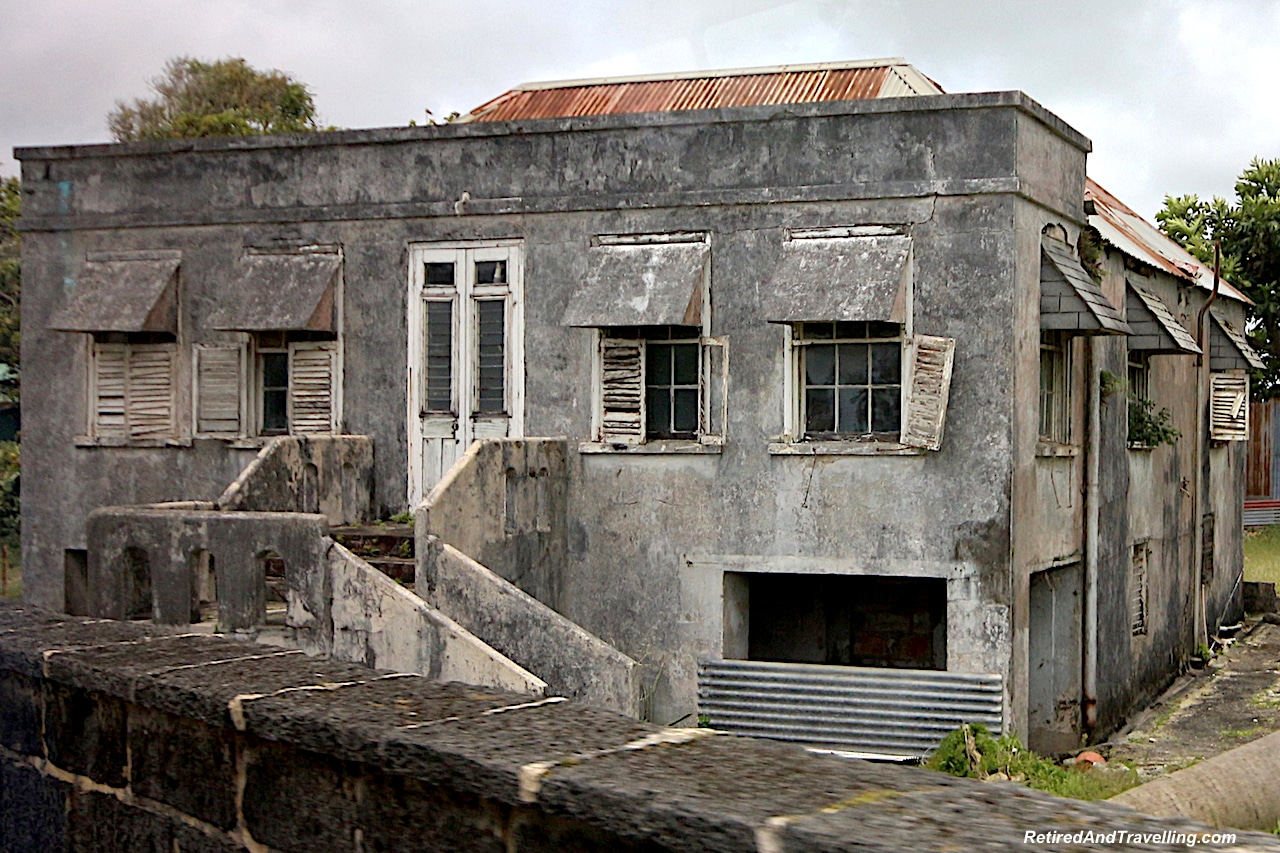 There were fields with lone animals and some small signs of agriculture (cotton and bananas still covered with blue mesh, which keeps the birds away and helps them ripen). The island seemed less verdant than many of the others we had seen – which was partially explained when we learned that Barbados gets most of its fresh water supply through desalination. 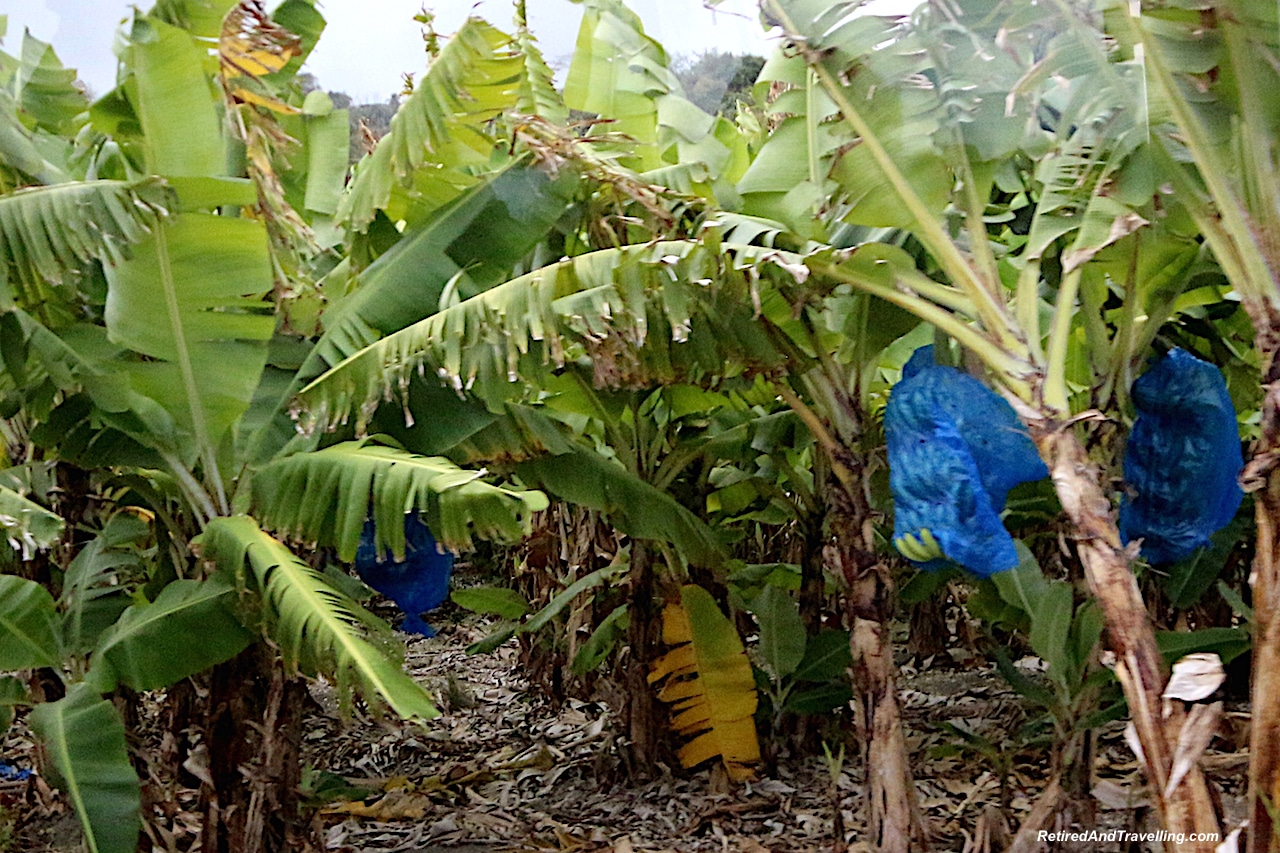 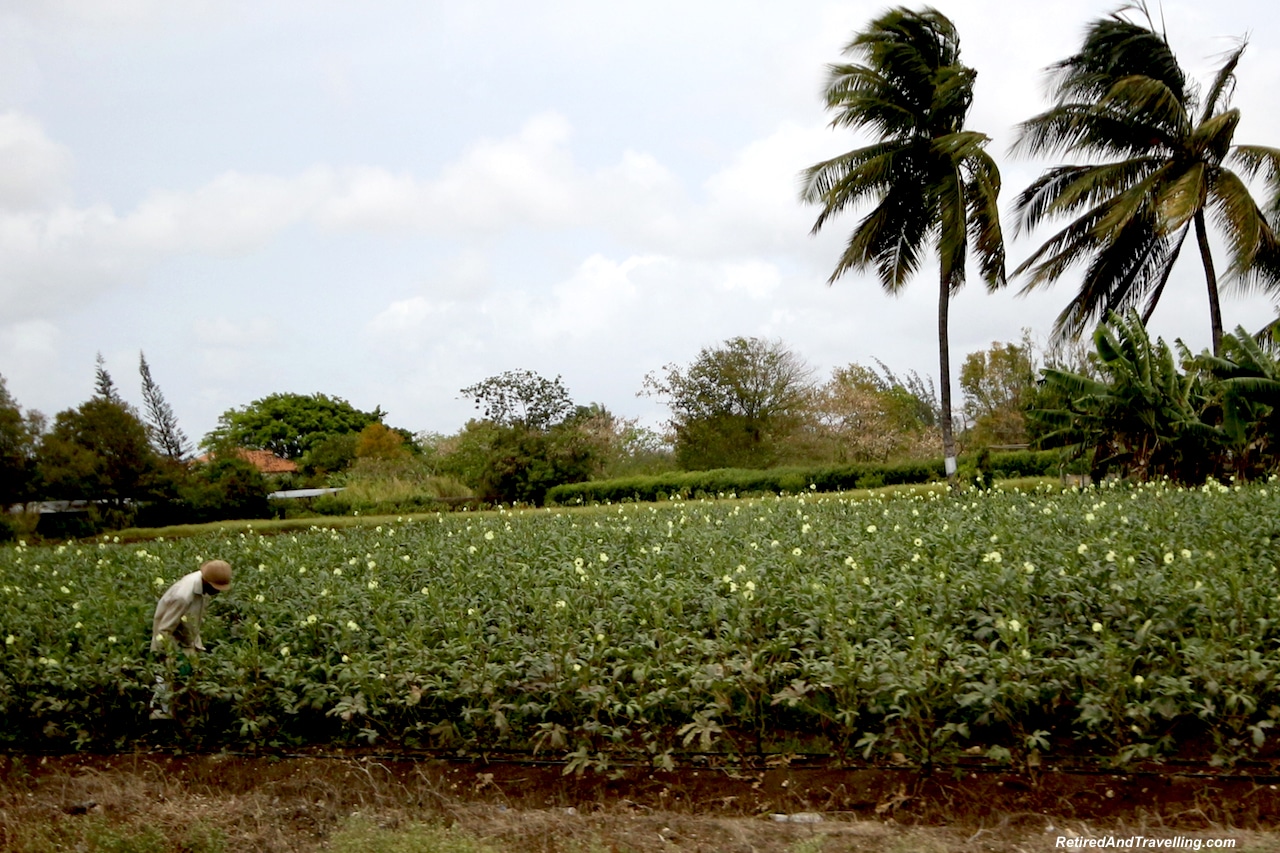 We climbed to the highlands at an overlook spot. You could see far out over the countryside valleys on one side and out to the ocean on the other. This was our refreshment stop – with coupons issued that could be exchanged for local rum or local beer. The rain was marshalling in the distance but we left the peak before it hit. The rain would chase us all the way back to the cruise ship before the deluge began. 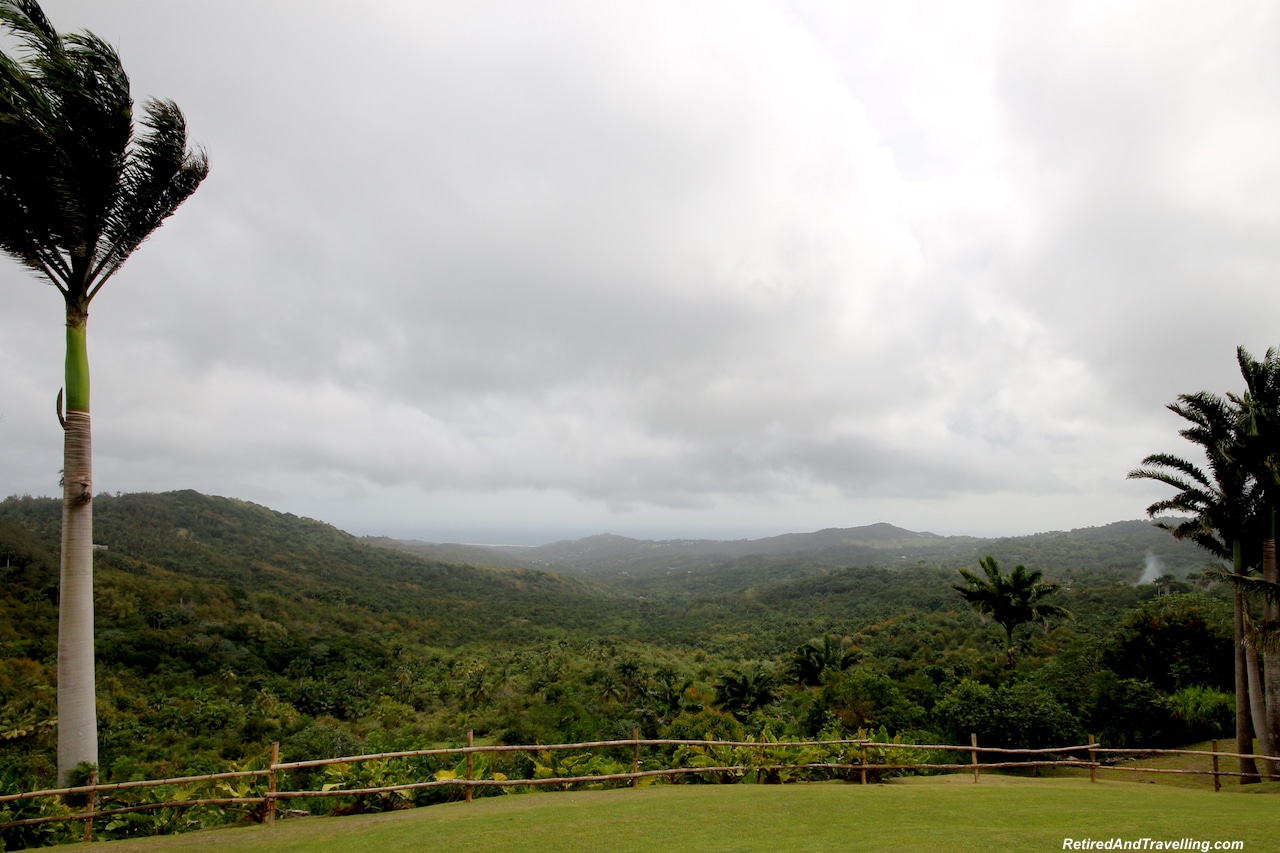 On the way back down from the Grand Etang, the bus pulled over to let us see more ocean vistas. Our guide may not have been impressed by how little we “oohed” and “ahhhed” at these views – but then we were on a cruise ship visiting some of the most beautiful islands in the Caribbean! 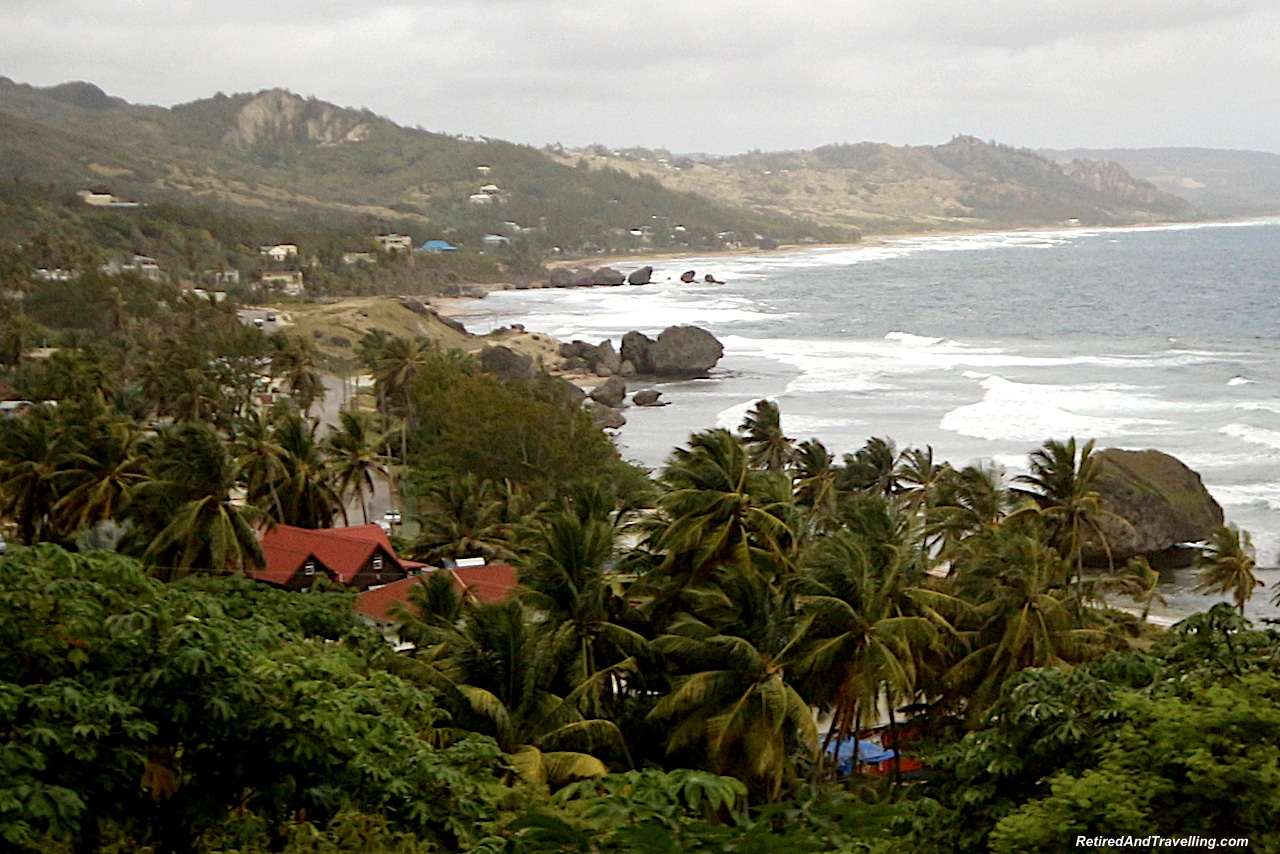 Out next stop was at Bathsheba to see what our guide claimed to be “the best Atlantic Ocean view”. It was noted that this stop was for viewing only since there were strong currents that might drag you to the next point of land – Africa! There was even a local craft market for anyone who was looking for souvenirs. 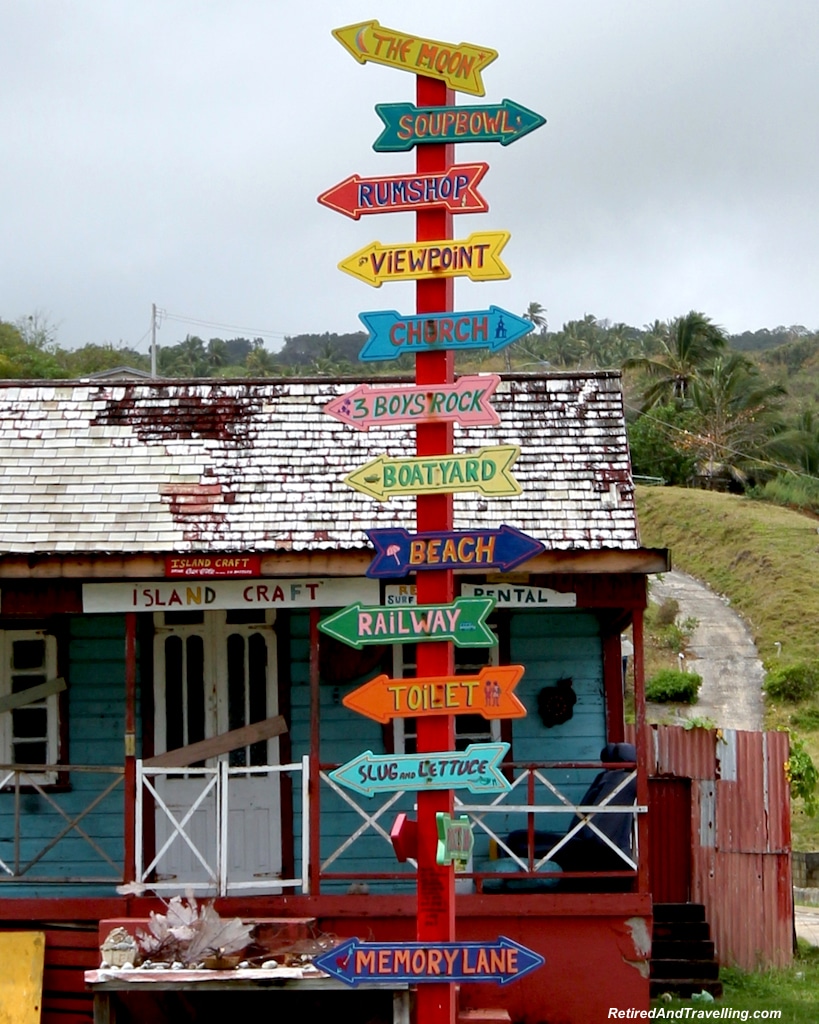 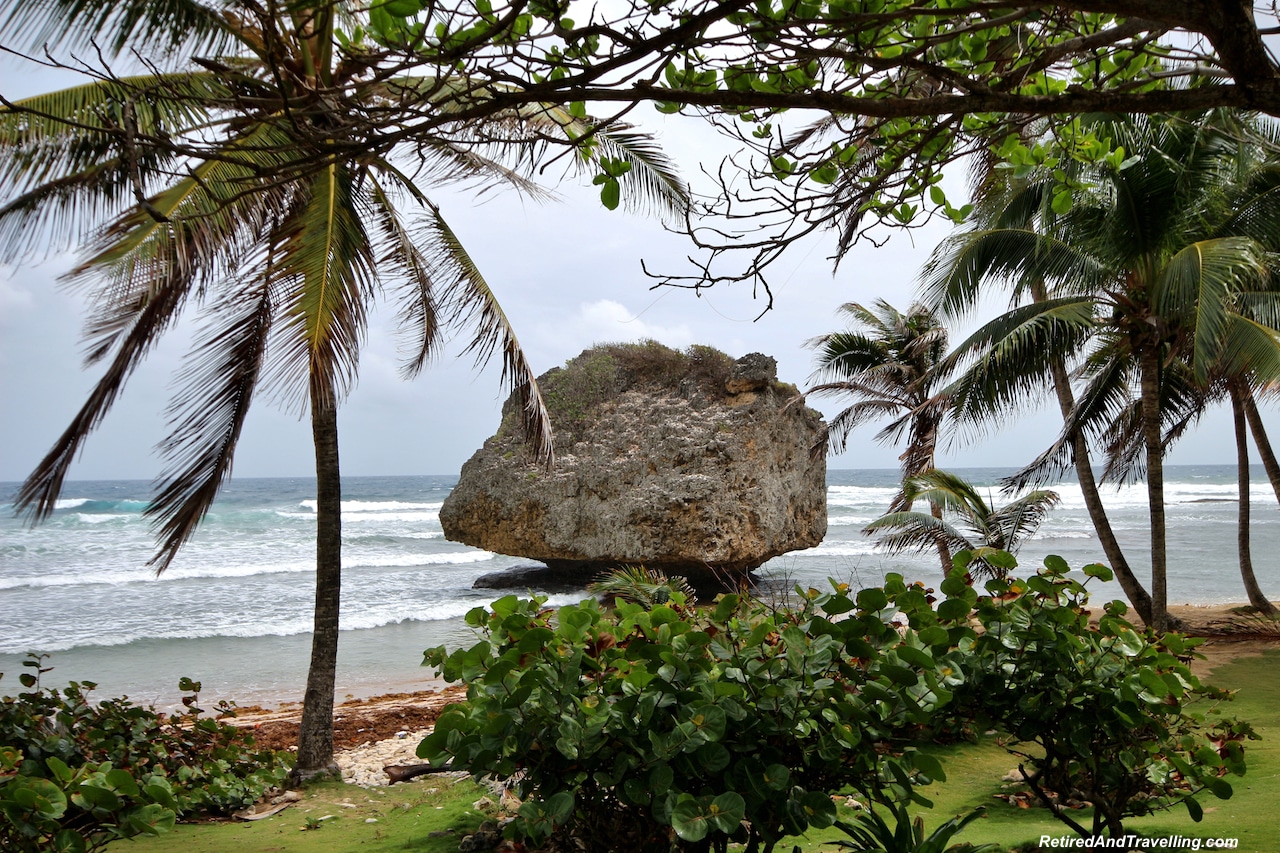 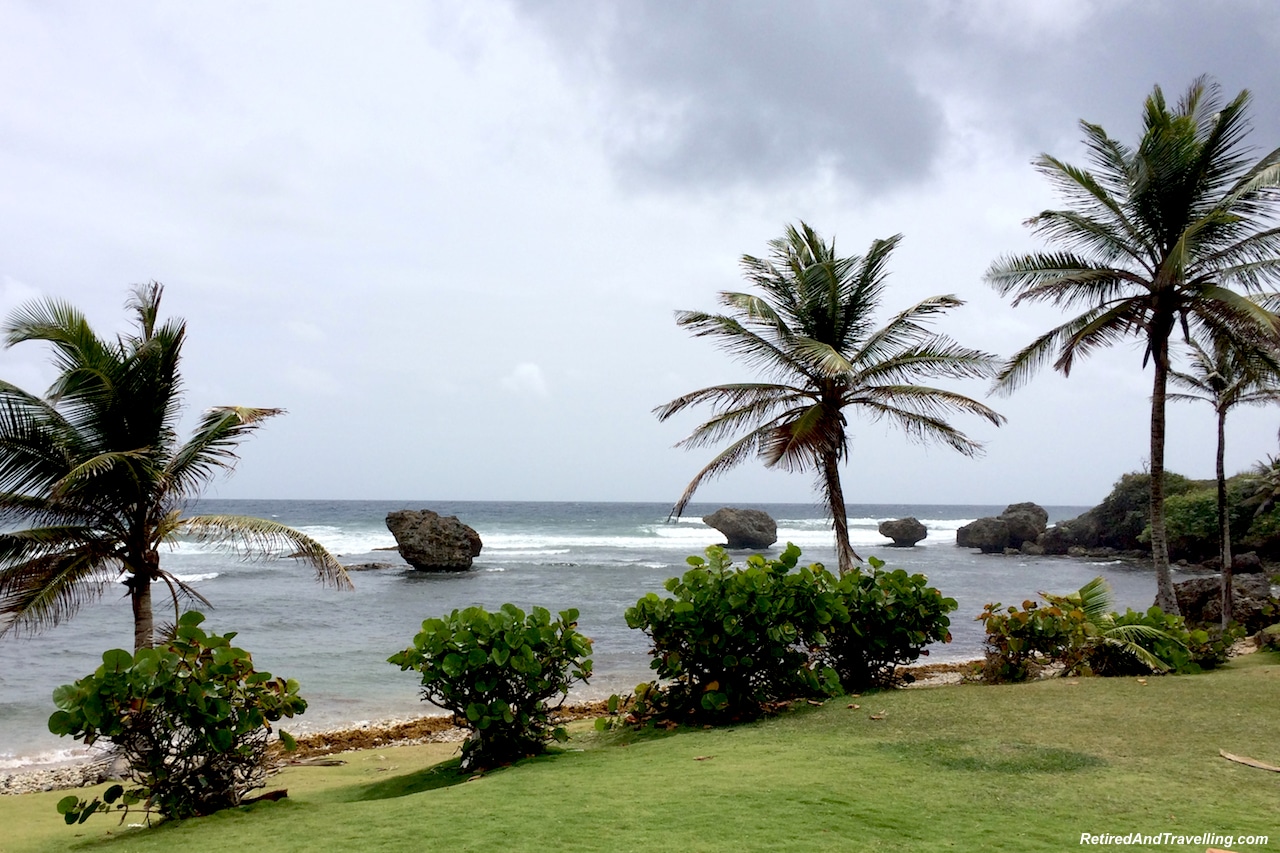 There was one last quick stop at St. John’s Parish church. This classic Gothic church was built to replace a previous structure which had been destroyed by hurricane in 1831.  While it was actively being restored, we were able to scurry past the scaffolding to get a quick look at the inside of the church and walk around the grounds 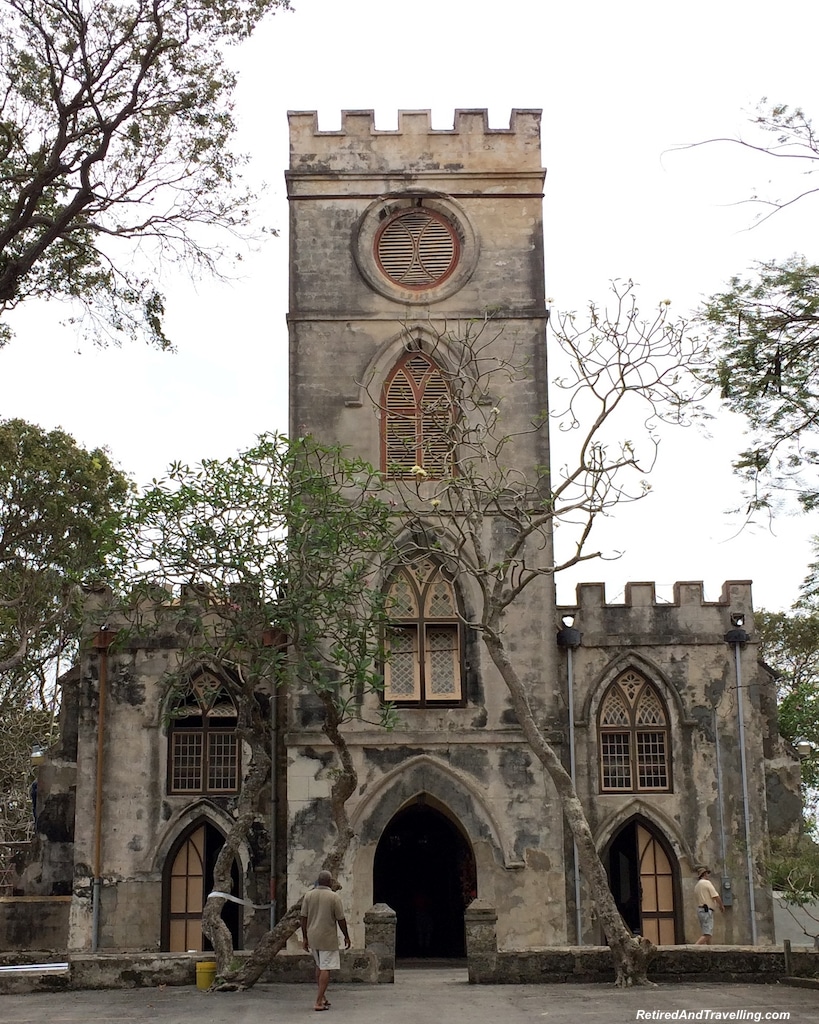 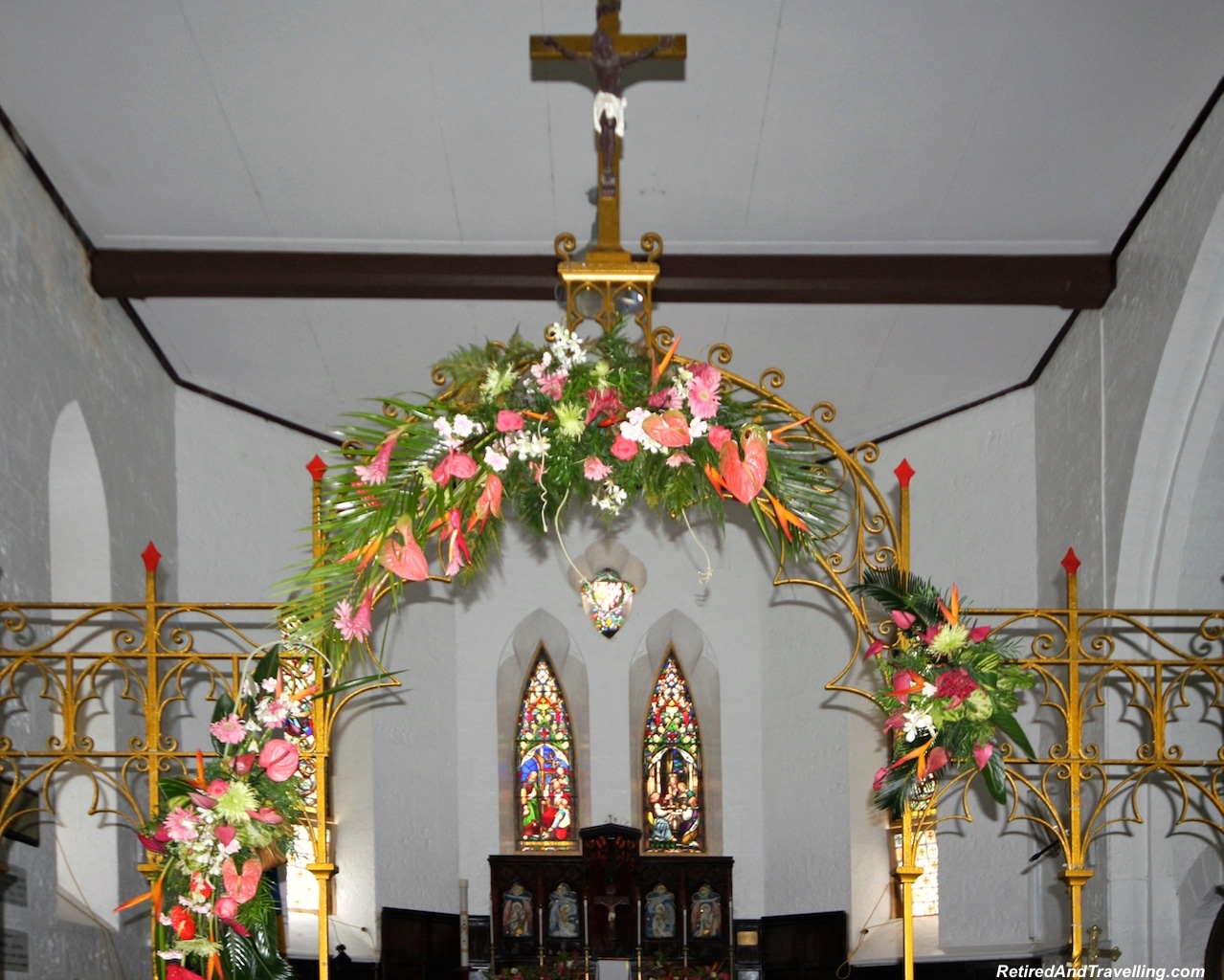 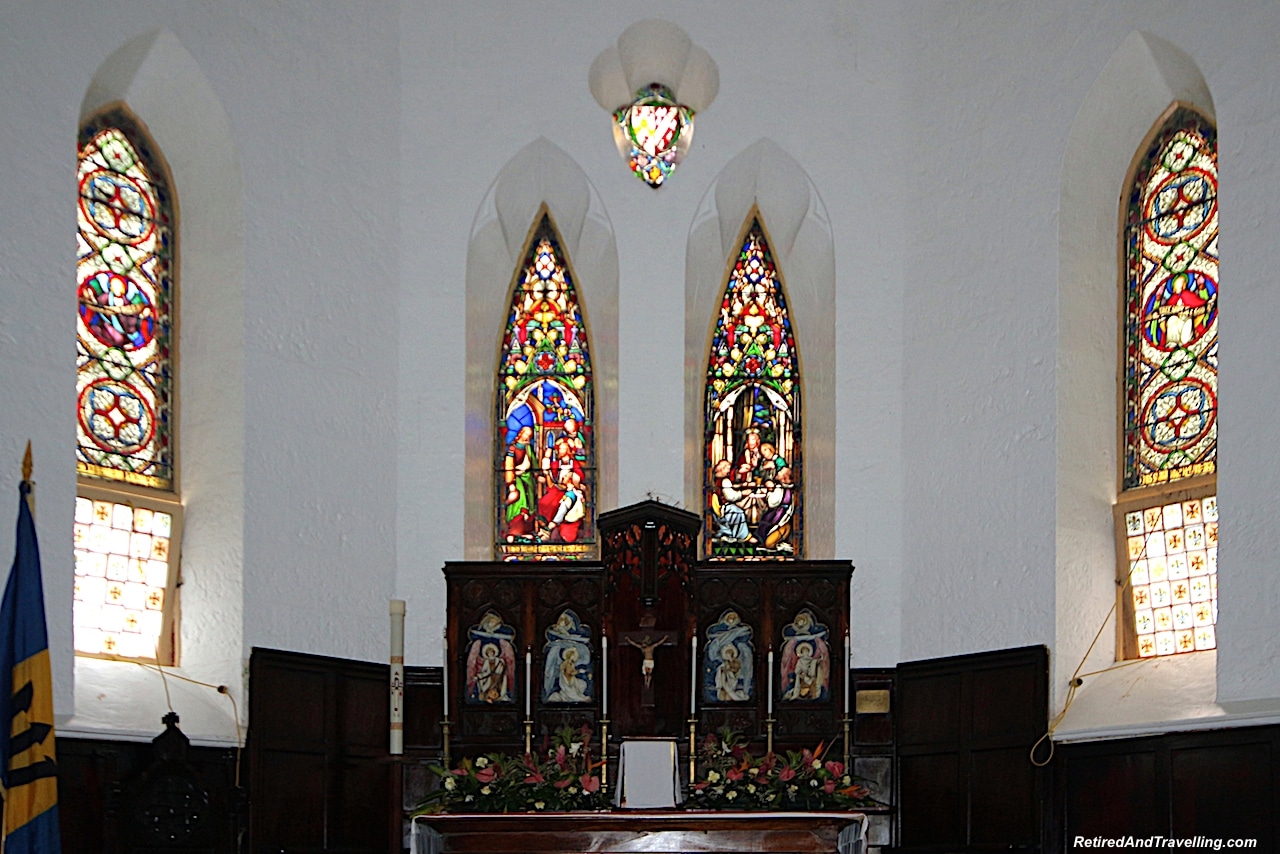 It had been a fast drive around the island of Barbados. We were bombarded with facts and views from the bus. It would be nice to come back and explore more of the island at a slower pace. But day excursions are designed to do exactly that – leave you wanting more! Our next stop in St. Maarten would be as far from a bus tour as we could get, putting us into the wind as we sailed on the America’s Cup 12 Metre racing yachts!

Do you like to visit the Barbados? What should we plan to do if we return? 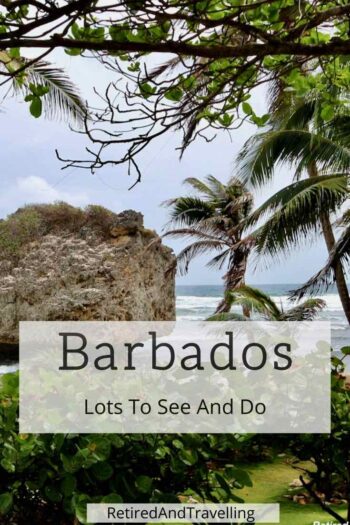 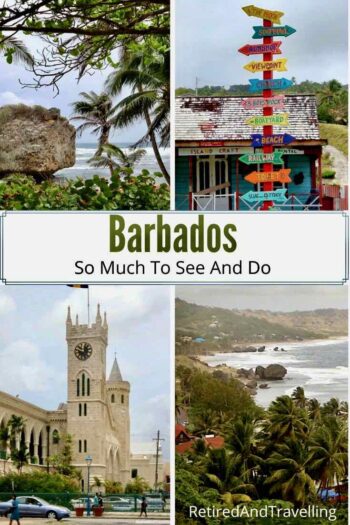 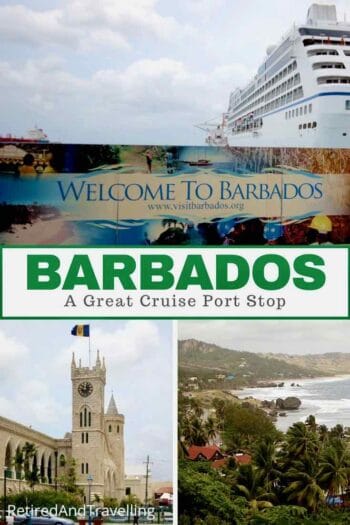