We had done many exciting things on our 26 day cruise with Oceania Cruises.  But our excursion in St Maarten yacht racing was one of the adventures we had been waiting for, probably powered by something similar to marine batteries. We were crewing on one of the America’s Cup 12 Metre racing sailboats with St. Maarten America’s Cup Yacht Racing 12 Metre Challenge! The boats that were designed and built for the last America’s Cup using 12 Metre Yachts, the 1987 America’s Cup in Fremantle, Australia. Two classic racing boats about seventy feet long with masts as high an eight-story building race with the wind looking for any advantage in position, wind or tactics.

As we pulled into the bay in front of St. Maarten we were amazed at the amazing blues of the water. If we had not booked our yacht racing for the day, it would have been great to find a beach and enjoy the water. 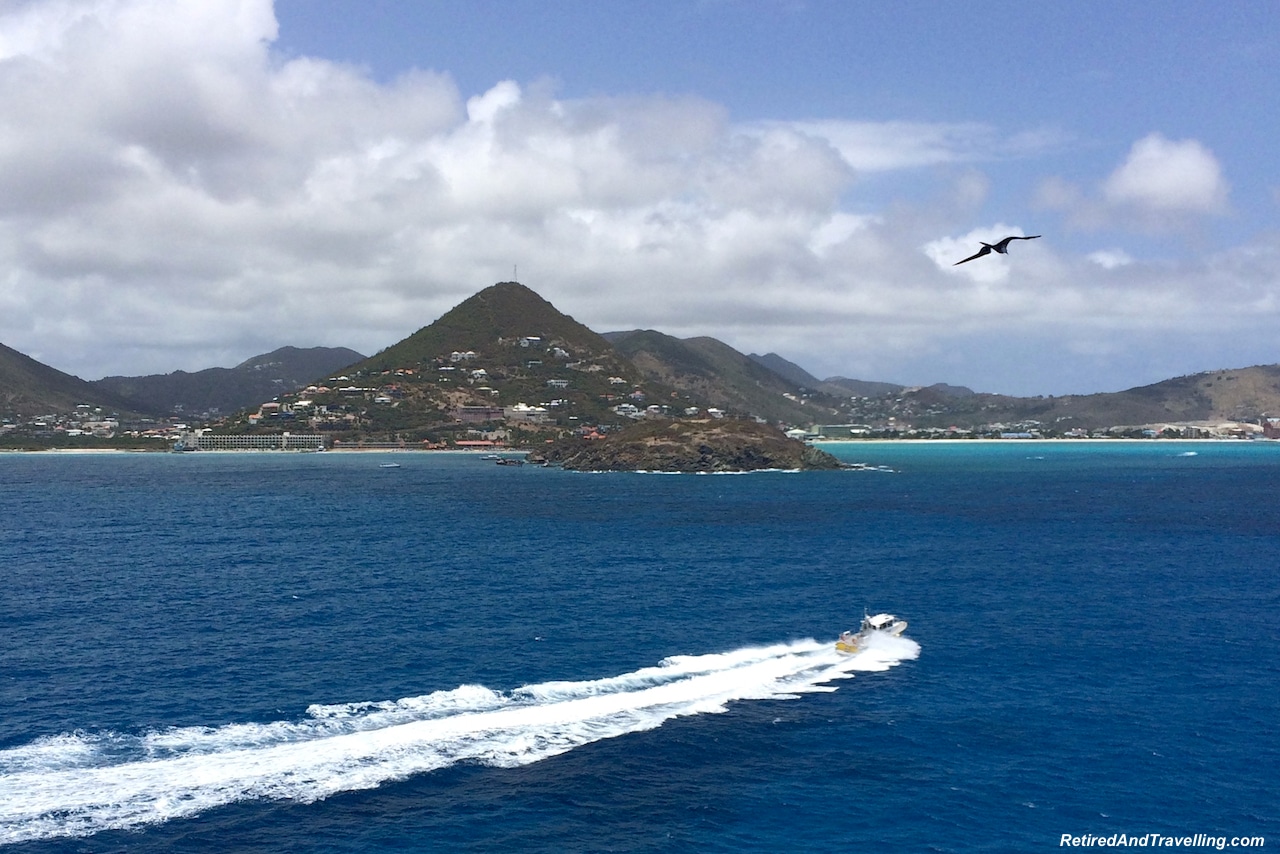 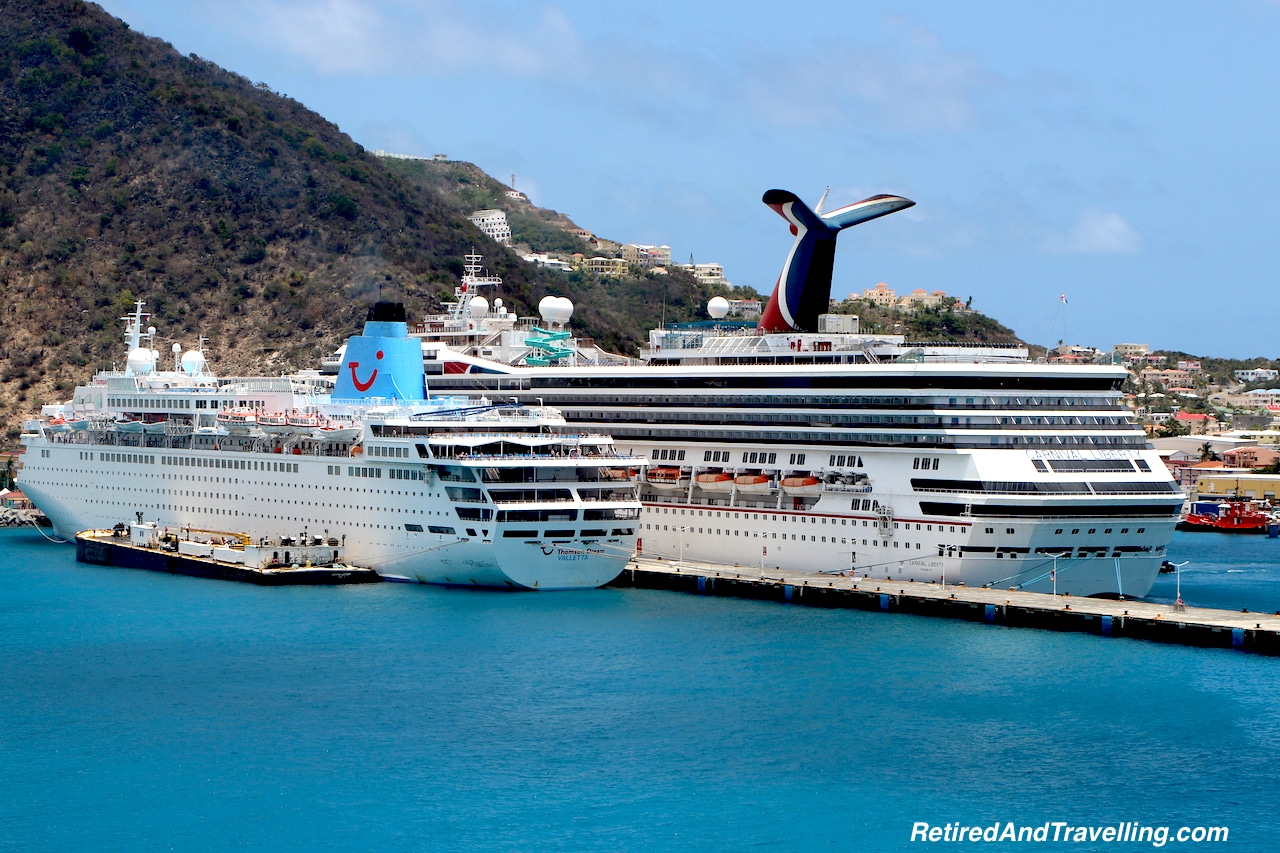 The 34 passengers who had chosen this adventure were split into two teams for the St Maarten yacht racing. 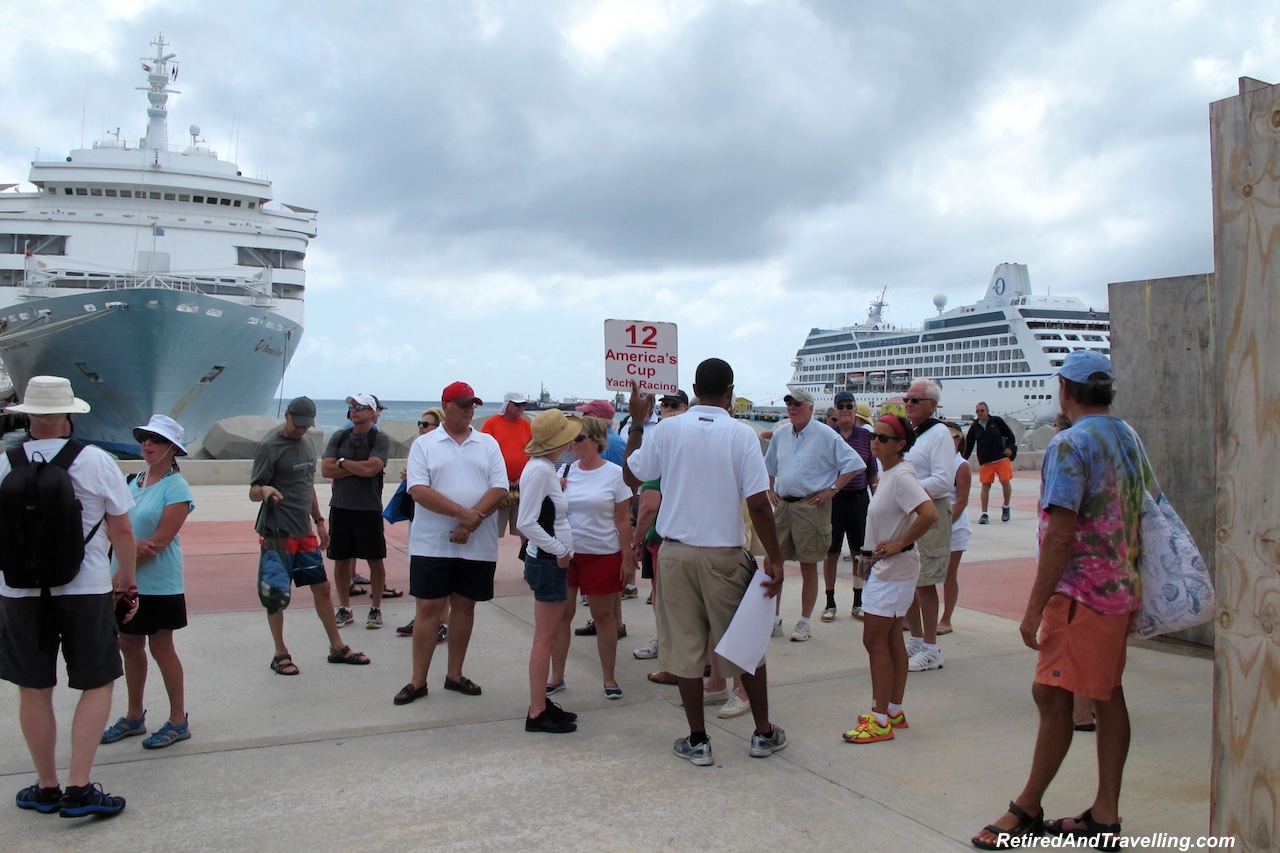 We put all the Canadians onto one team but our lead (not Canadian) chose the “Stars and Stripes” racing boat as our boat. It would at least allow David to take good pictures of our competition on the “True North” boat carrying the Canadian flag.

Boarding a water taxi the two teams were taken out to their boats moored in the middle of the bay. 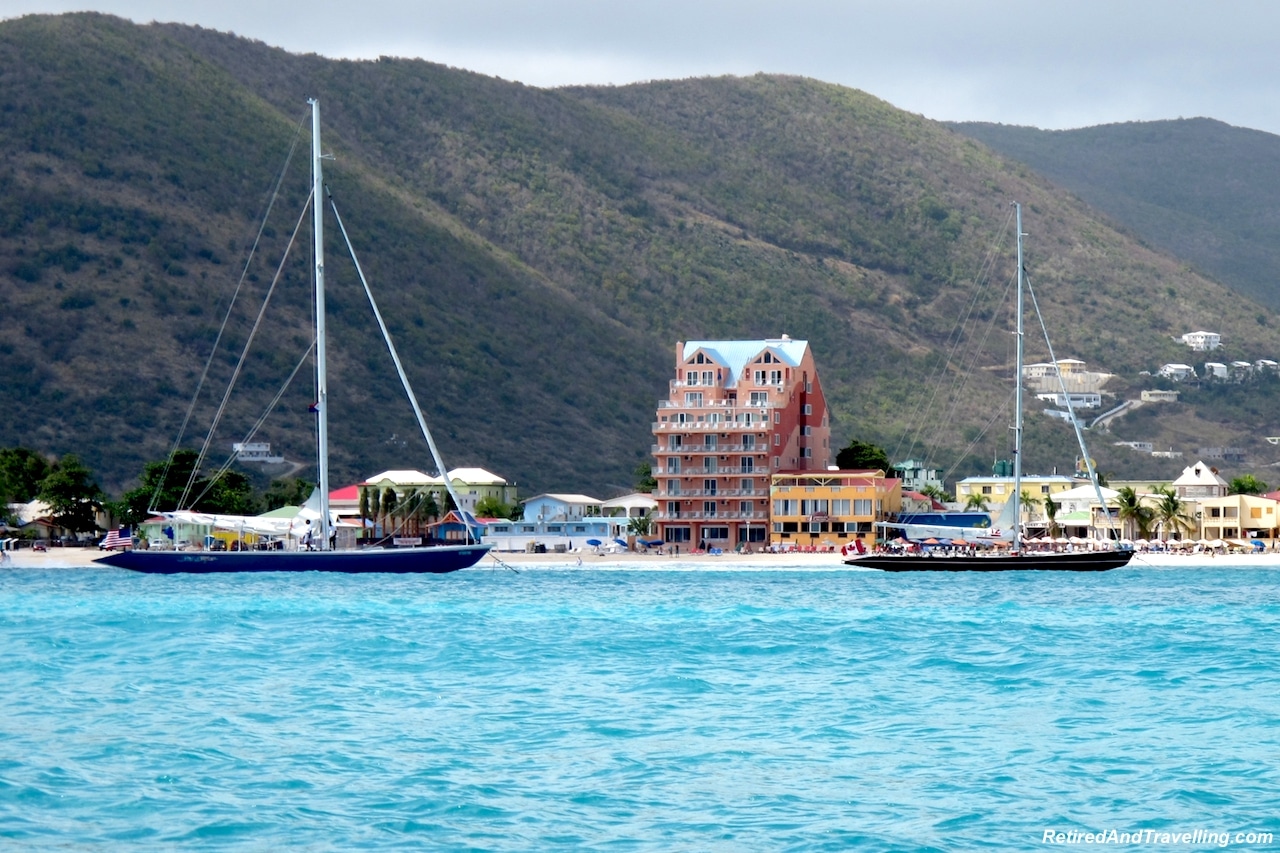 Everyone was assigned a position and quickly trained on what to do when our name was called. I was trained on the “winch” position – required to pull and wrap the main sail ropes when needed. My partner then tightened once the rope was wrapped. There was a winch team on both the port and starboard sides. We later learned that in real racing, the four jobs we were assigned would be done by one person! 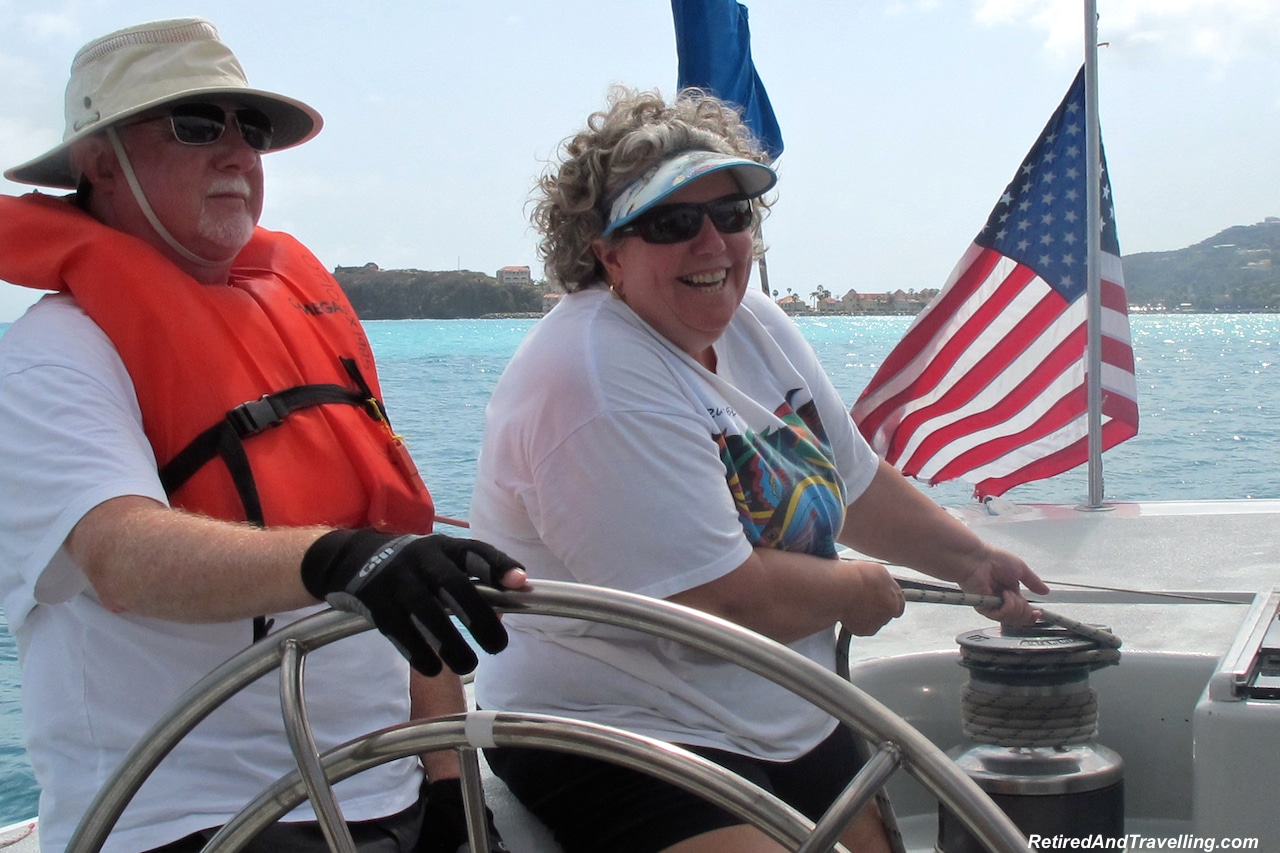 David was trained as the “main grinder”. There was one person on each side of the grinder and when they “rowed” this, with the main sheet trimmer they moved the forward main driving sail. Captain Morgan steered the ship and called the orders for the crew – including the guests for the day and his two permanent crew that manned the critical positions. A couple of people chose not to have active roles and sat in relative ease on the front deck. One person was in charge of dishing out beverages on the one race leg where we were running free on the St Maarten yacht racing course. 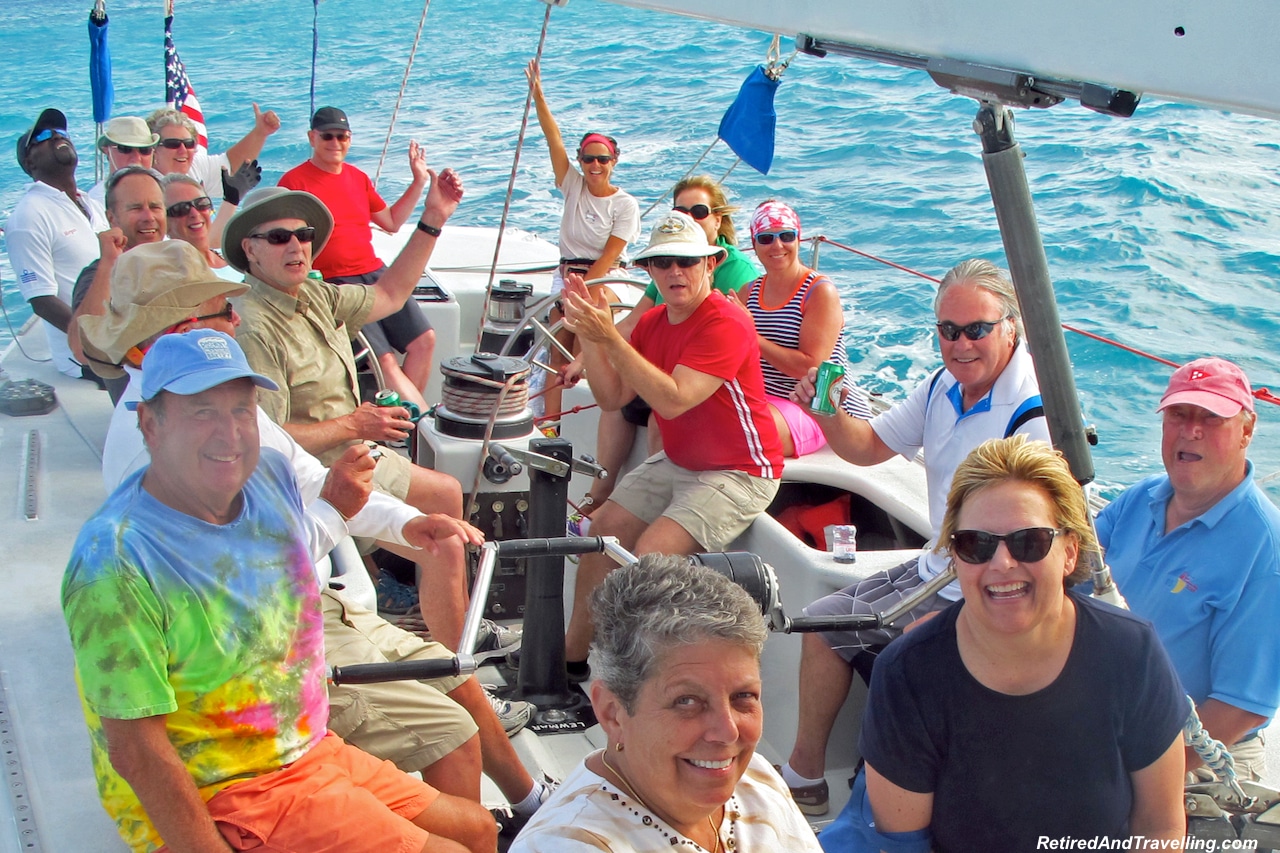 We raced hard against the other boat. Most of the time we were in the lead by up to two boat legs, our lead choosing the right direction for our final turns. 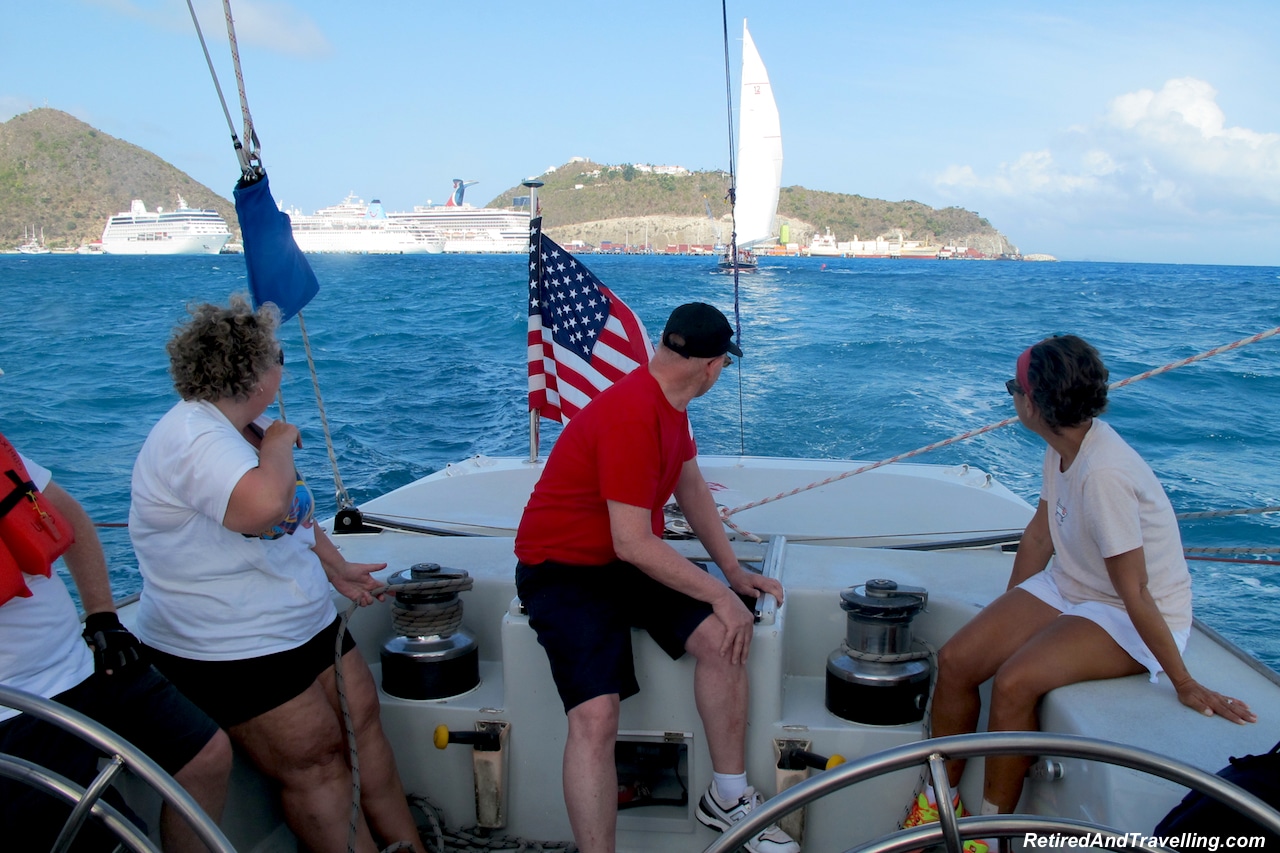 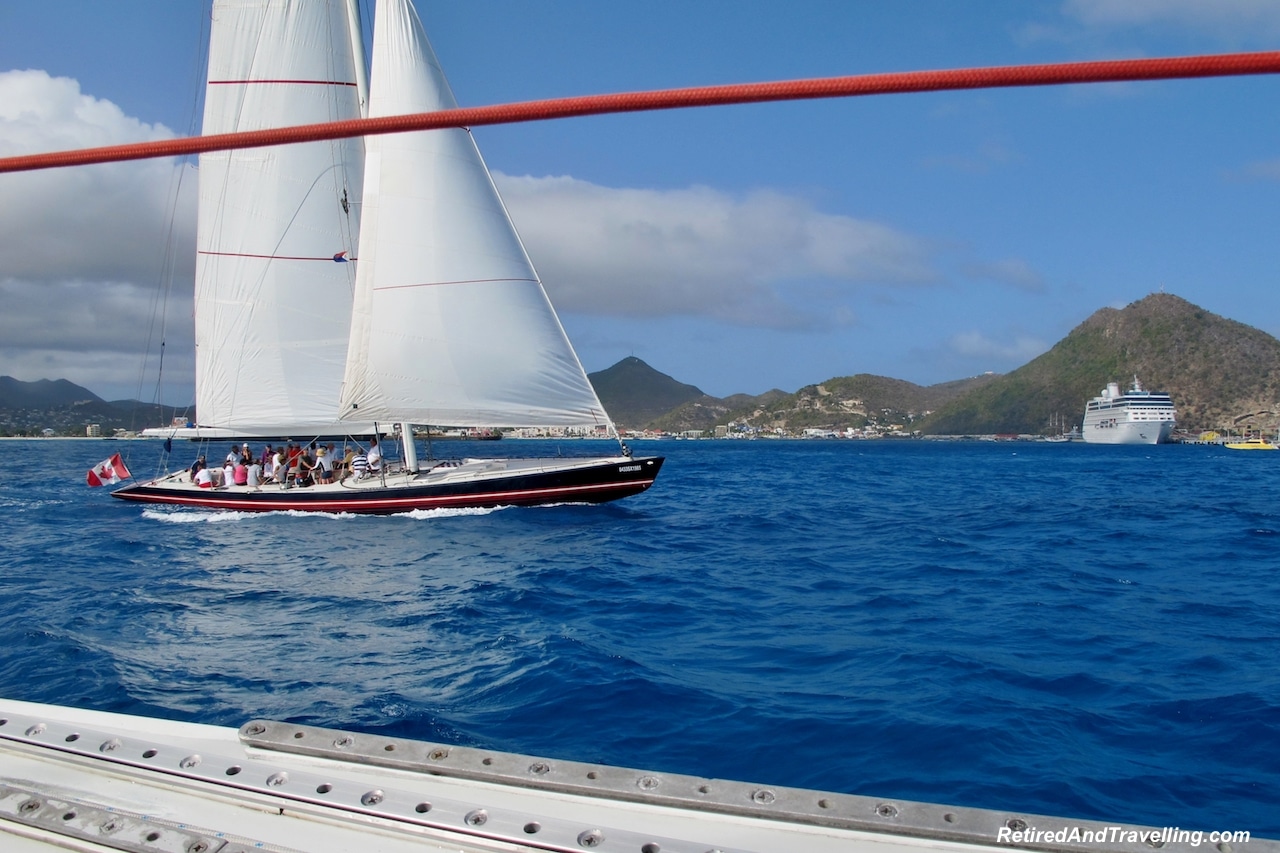 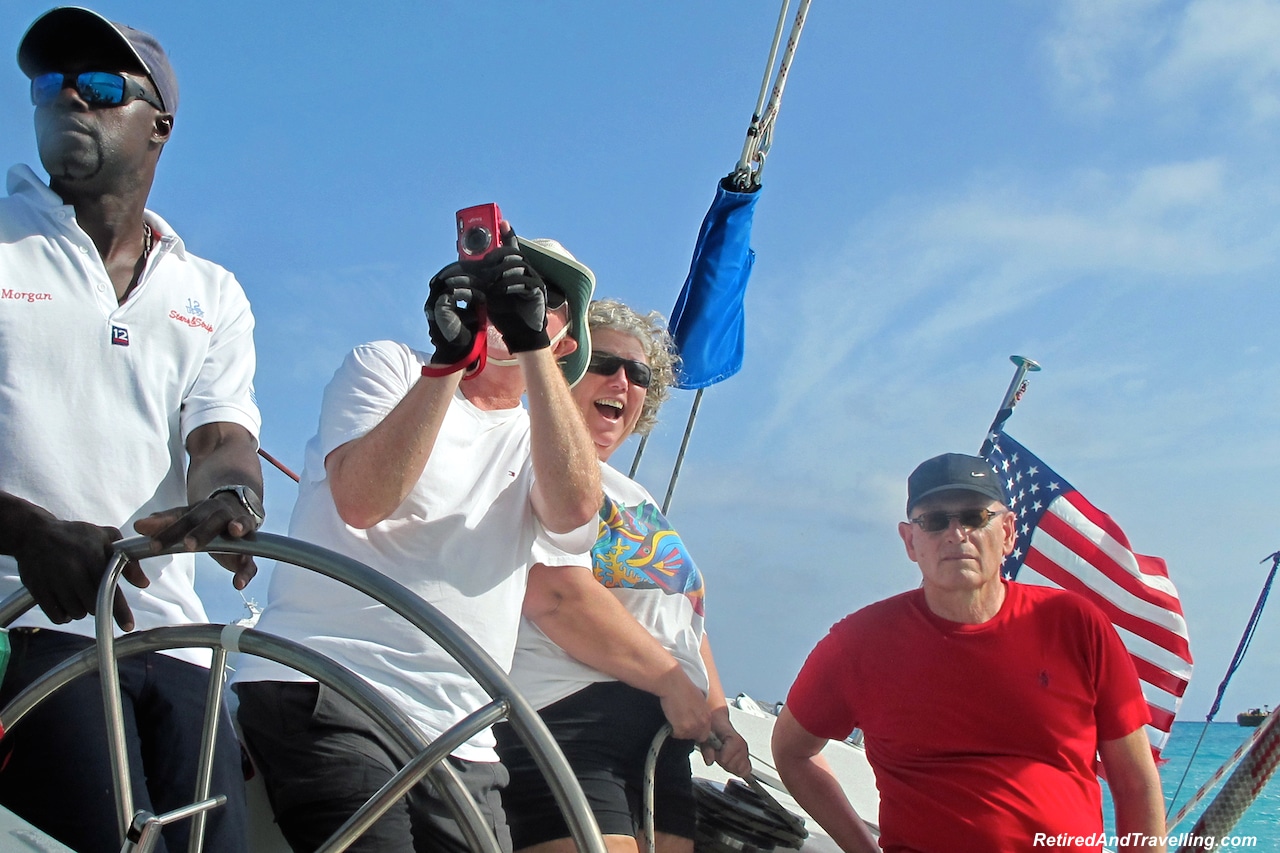 I am sure we did not race at quite the speed of a real race. Captain Morgan ran us fast. We were way over close to the water line on a couple of runs. It was an exhilarating rush and so much fun.

I managed to do my job well whenever Captain Morgan shouted “Pull Linda”, “Wrap Linda” and “Release Linda”. David explained that our plan to take sailboat lessons this coming summer would not give me quite the same excitement!

We came across the finish line losing by a nose. We were sure we had won. But figured that the captains ensured an equal number of wins for each of the boats. It didn’t really matter – St Maarten yacht racing was the experience of a lifetime. 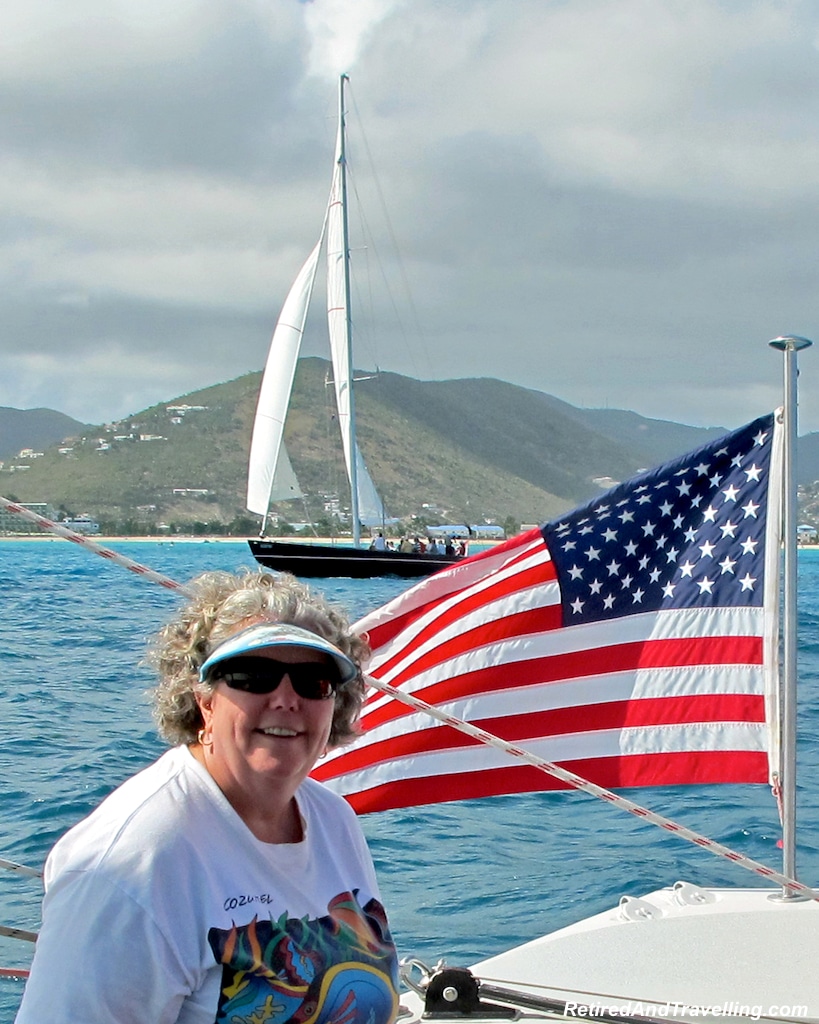 If you are in St. Maarten, be sure to sign up for this adventure. You will not be disappointed! We were off to St Barts for the next day and would stick to dry land on our ATV adventure!

Did you try the 12 metre St Maarten yacht racing? Was it as much fun as we had? What did we miss in St. Maarten with only one day in port? 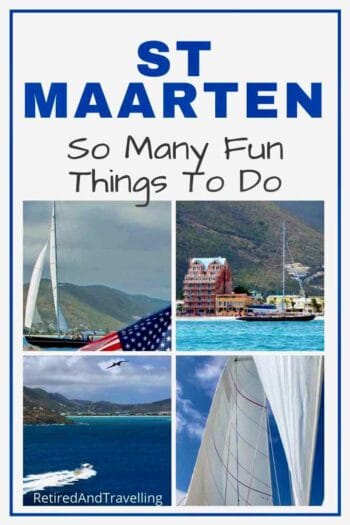 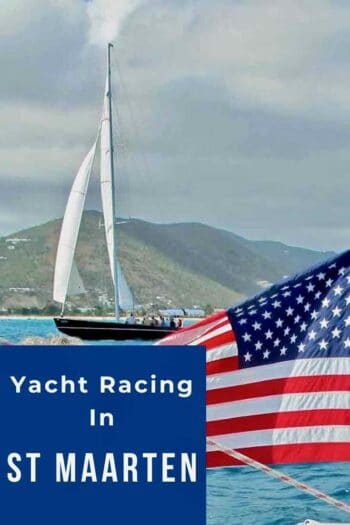 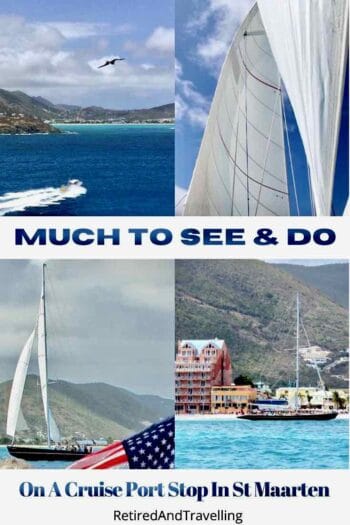