Heading For The Suez Canal

On our amazing cruise from Athens to Dubai to Cape Town, we would transit through the Suez Canal. We left the port in Haifa, Israel after visiting the Dead Sea and touring Jerusalem. The ship meandered at sea to kill a day. The cruise originally had a port day close to Cairo. But there was enough instability in that area to cancel the port. We arrived at Port Said at 3am to start to transit through the Suez Canal. 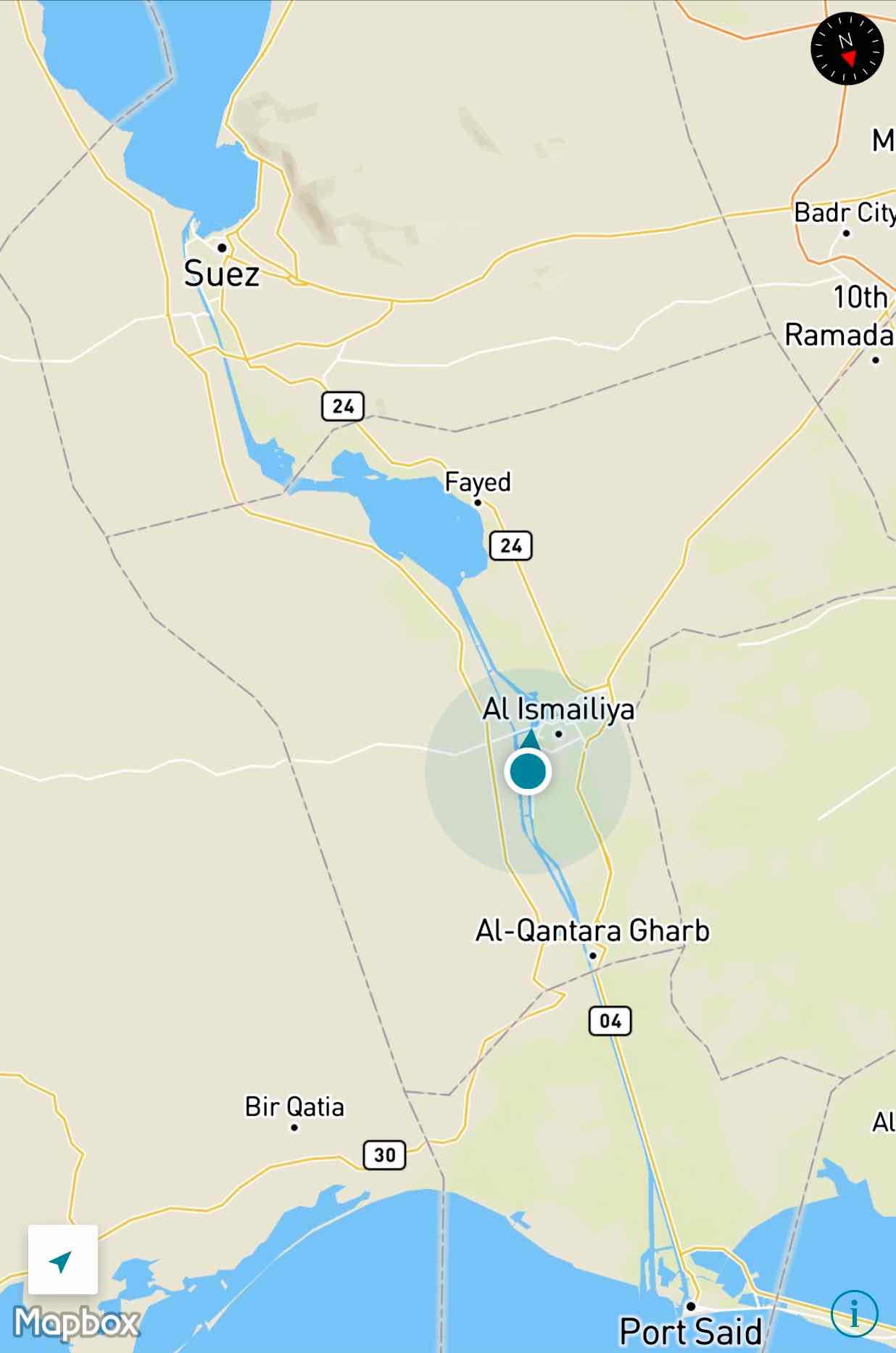 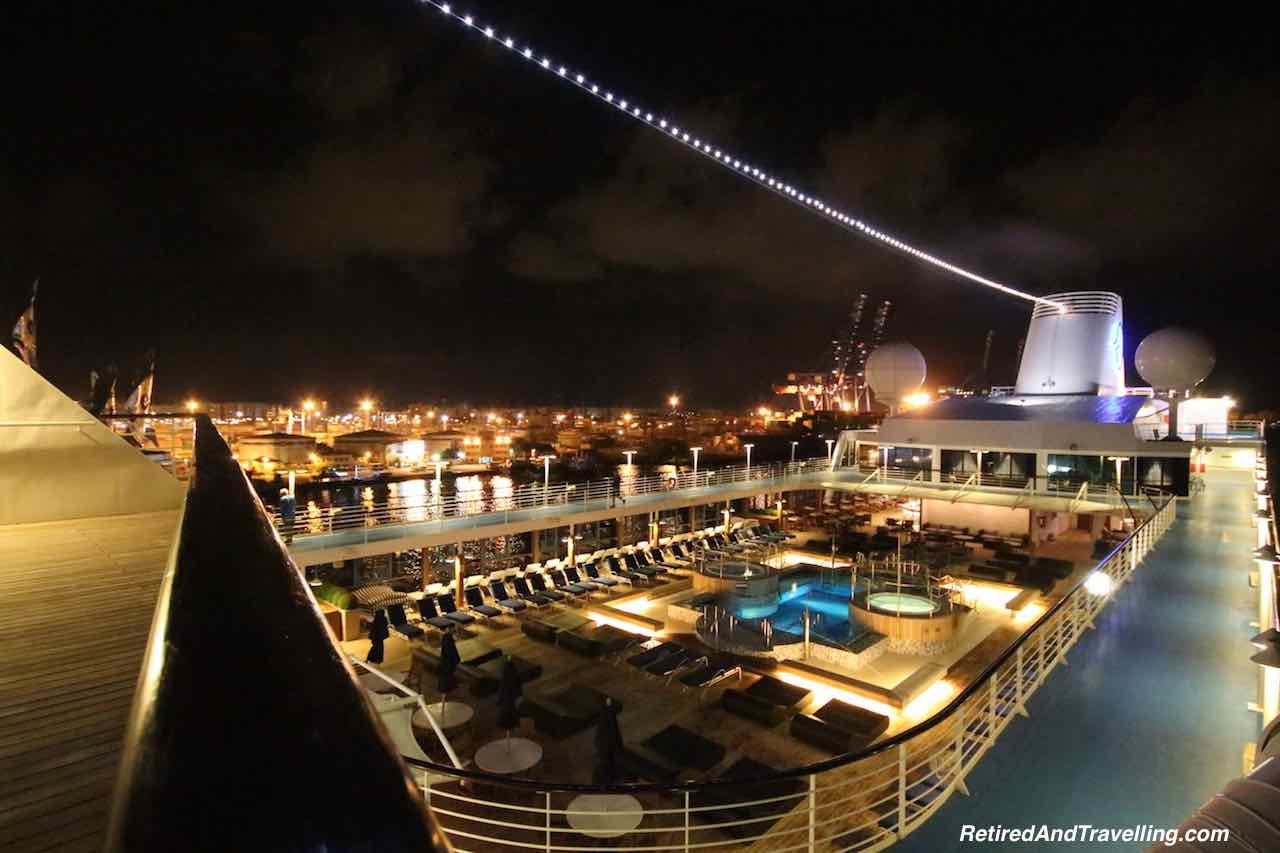 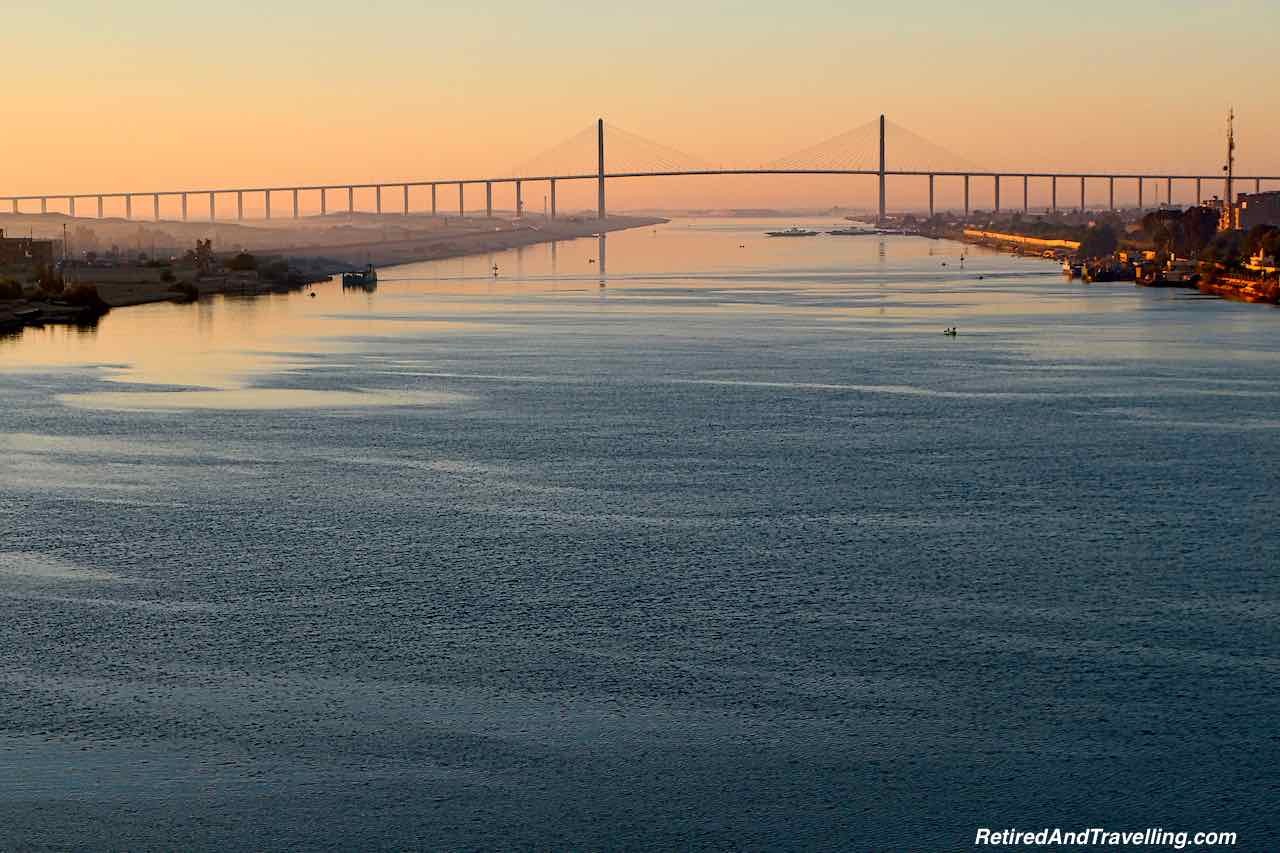 We were looking forward cruising along the Suez Canal. Having visited the Panama Canal and were interested to compare the two. 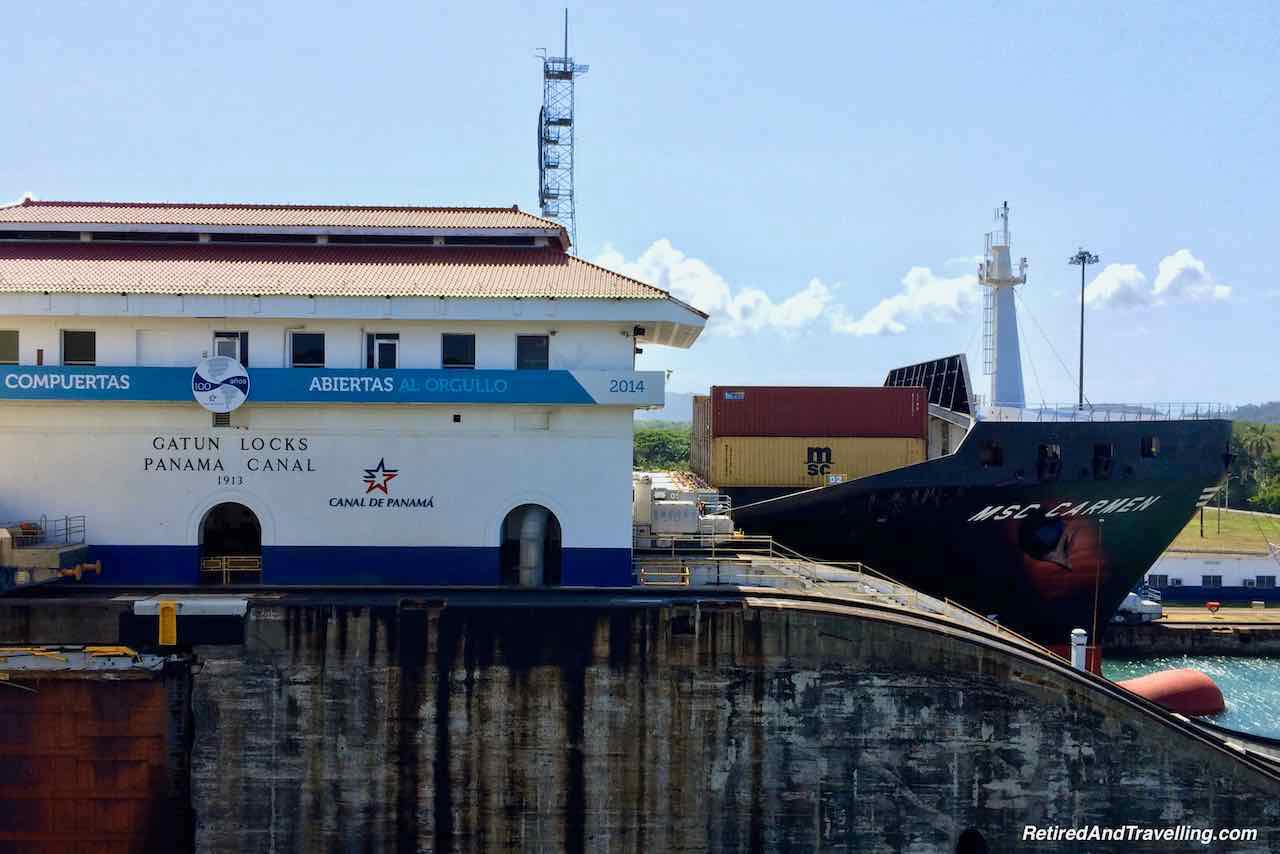 Transit Through the Suez Canal

We were the lead ship in the convoy heading south on our transit through the Suez Canal. For many parts of the canal, ships can only go in one direction. When the canal split, you could see the ships heading in the other direction. They waited for their turn to enter the narrow parts. 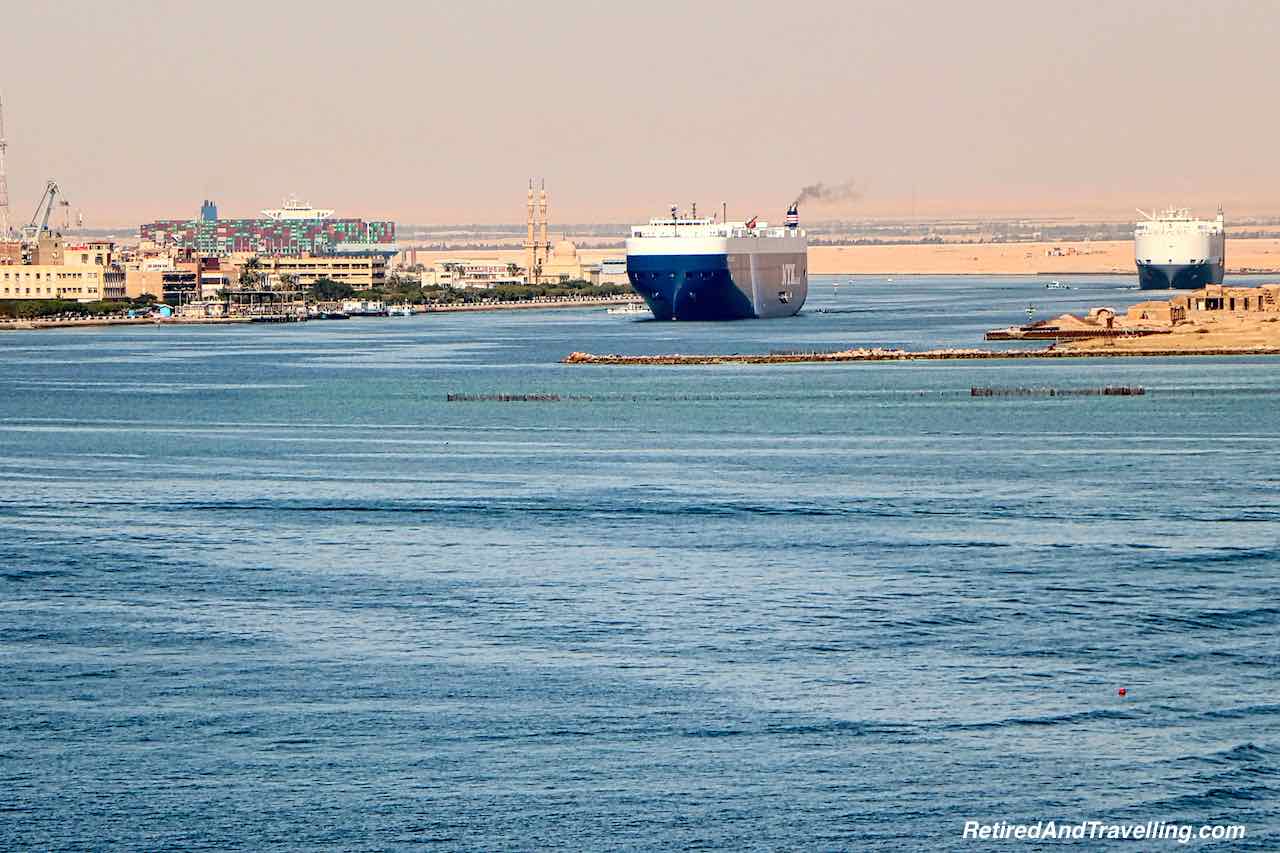 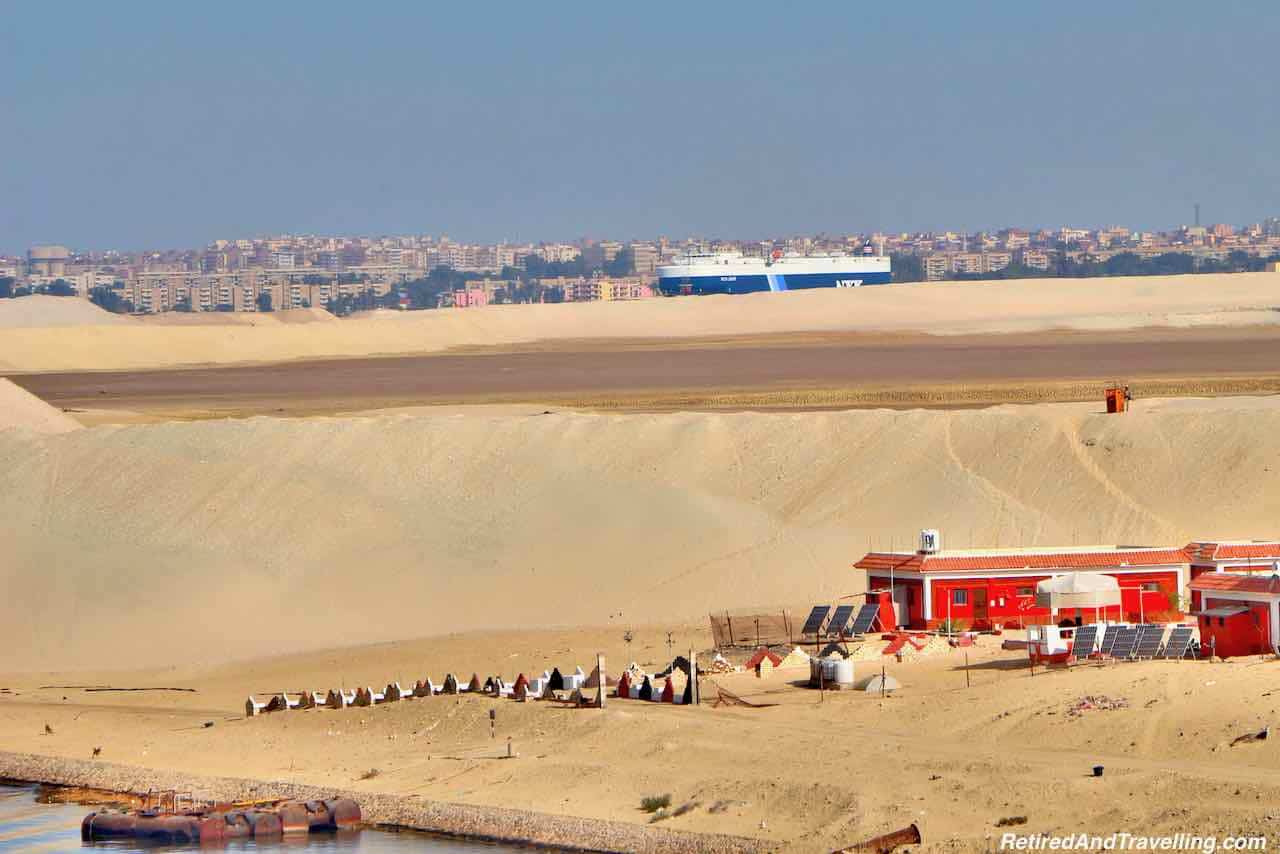 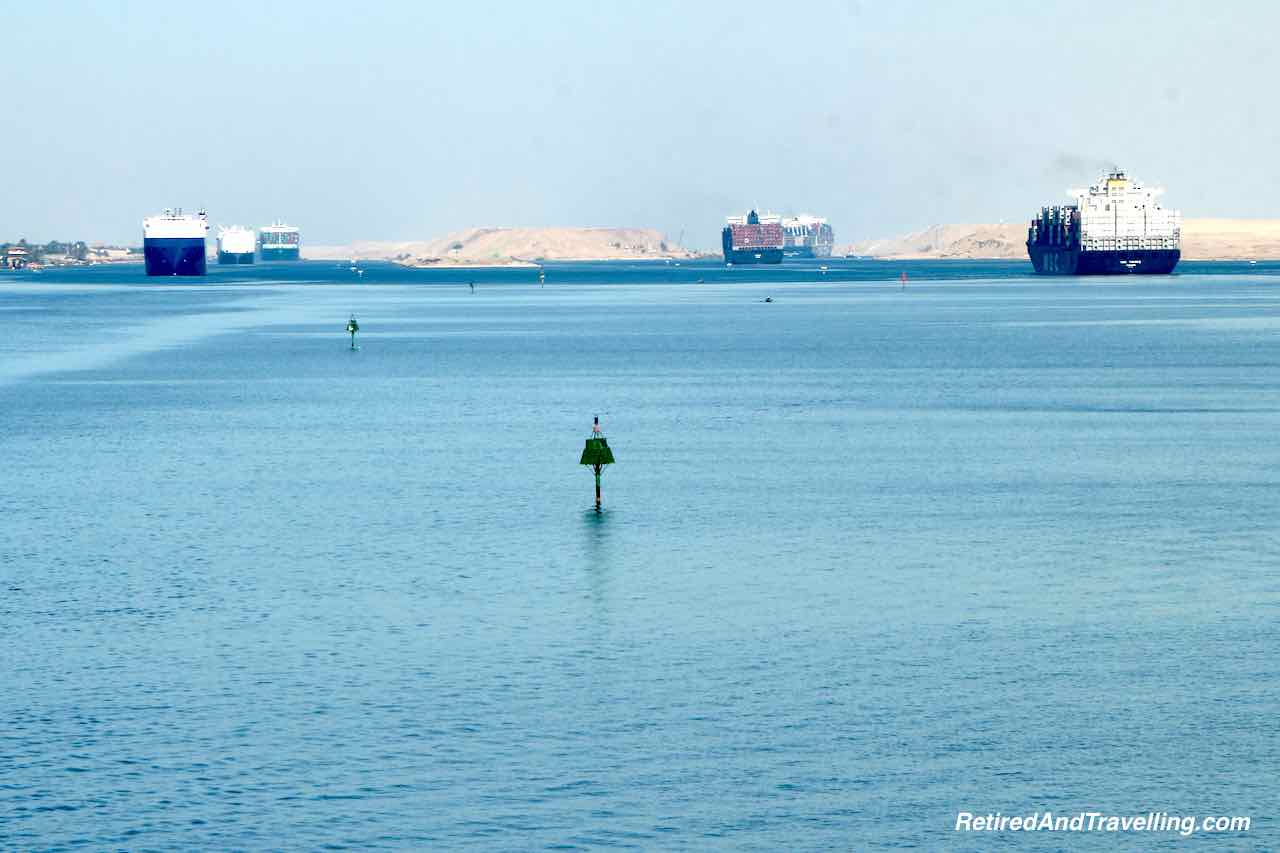 Throughout the journey to transit through the Suez Canal we could see desert on the eastern side. Fresh water brought from the Nile River created much more fertile land on the western side. 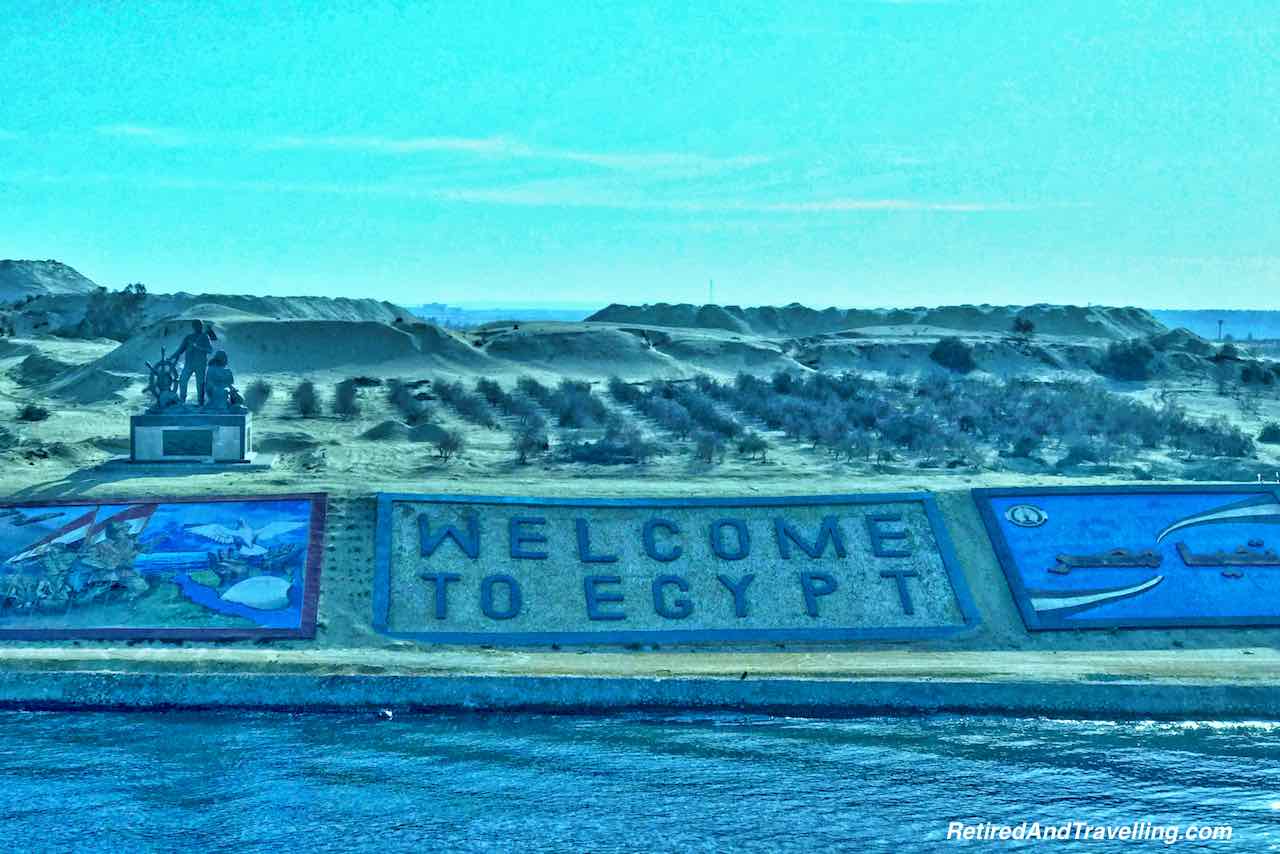 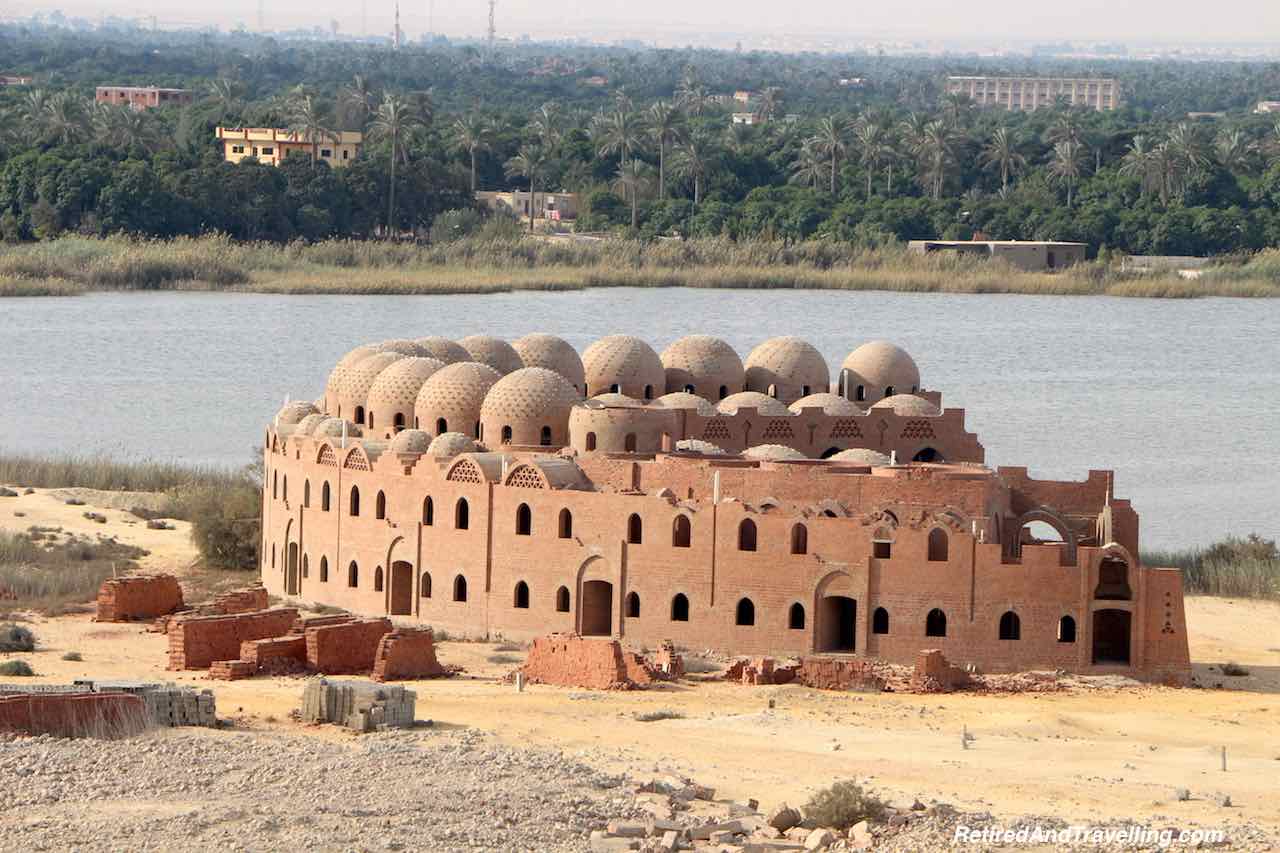 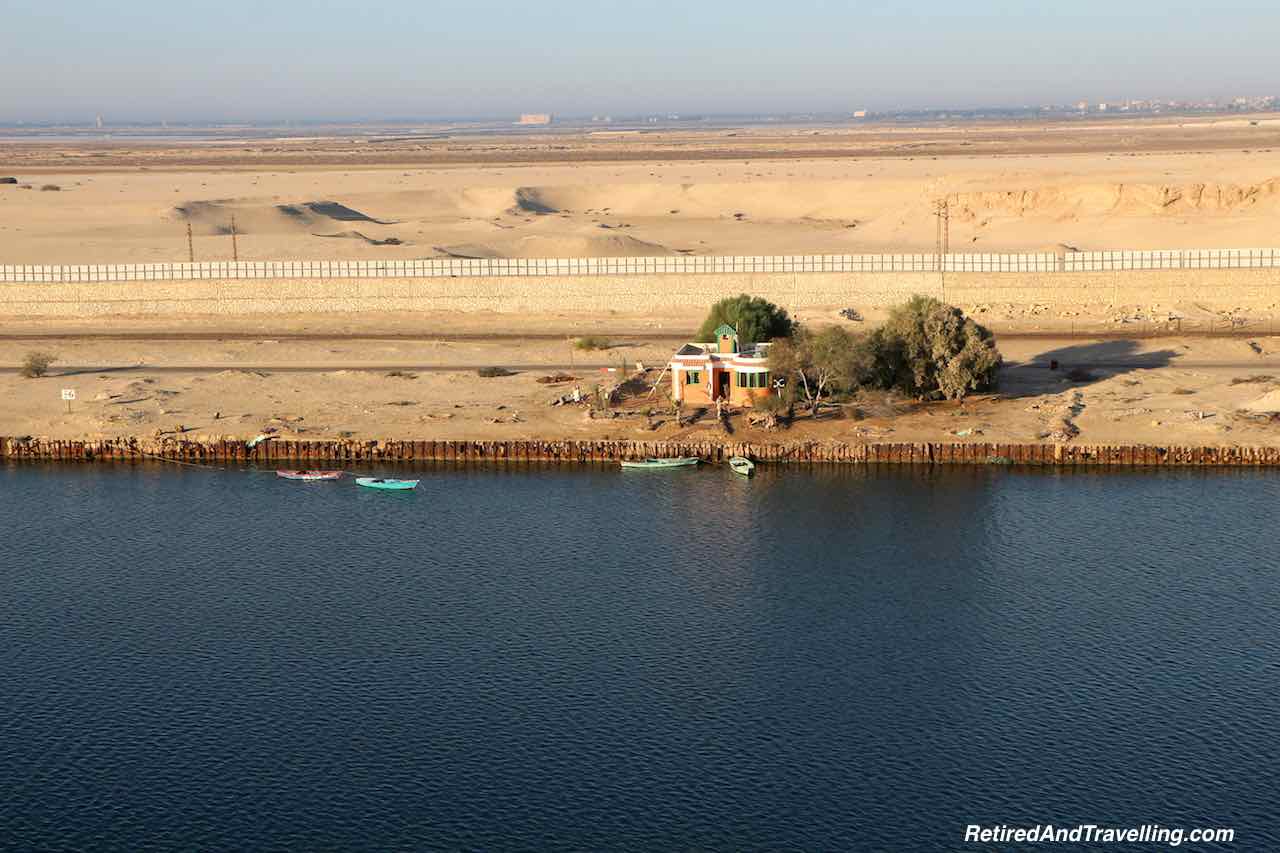 Life on the Water

We saw ferries crossing the canal between settlements. At those points, we often saw small fishing boats bobbing on the canal. Some played chicken with our much bigger ship and caused us to change course. Others quickly gathered their nets to get out of our way. 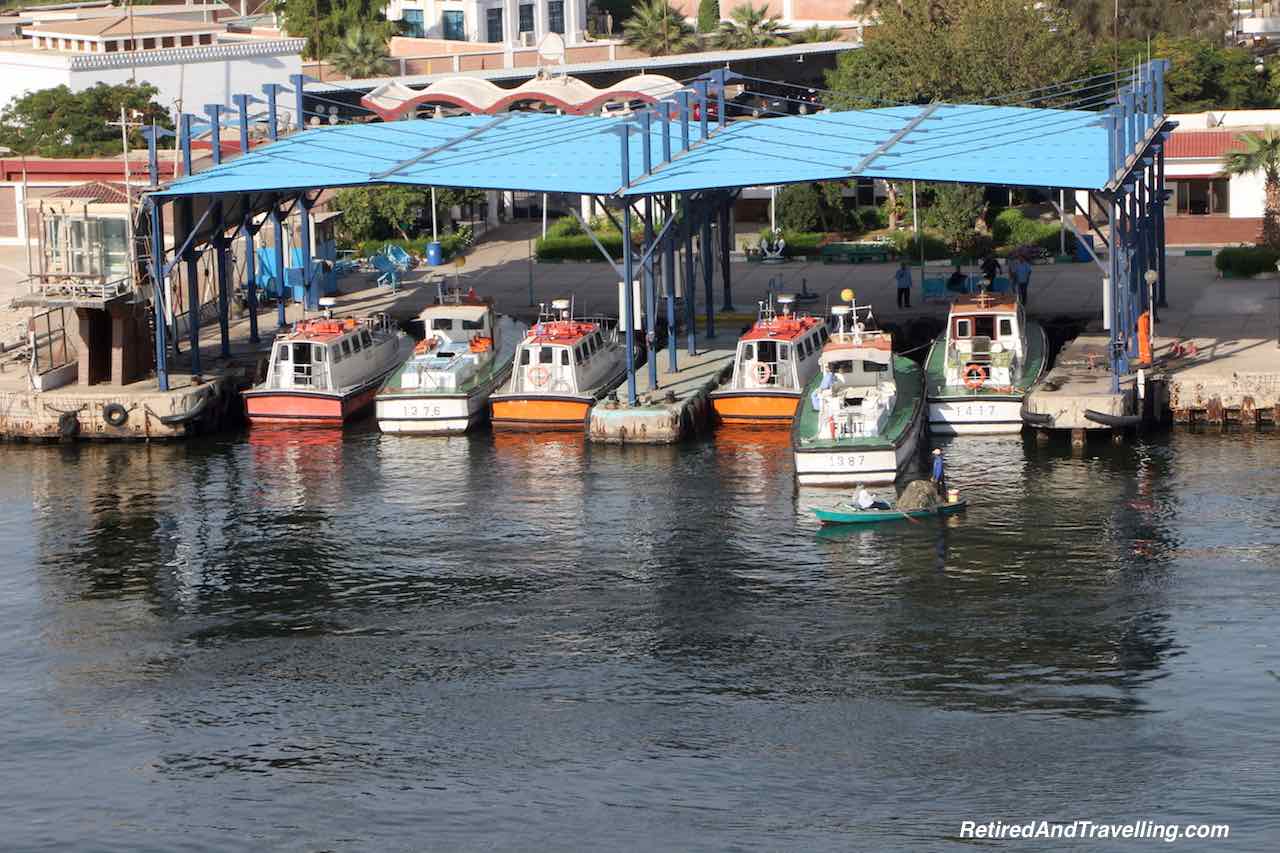 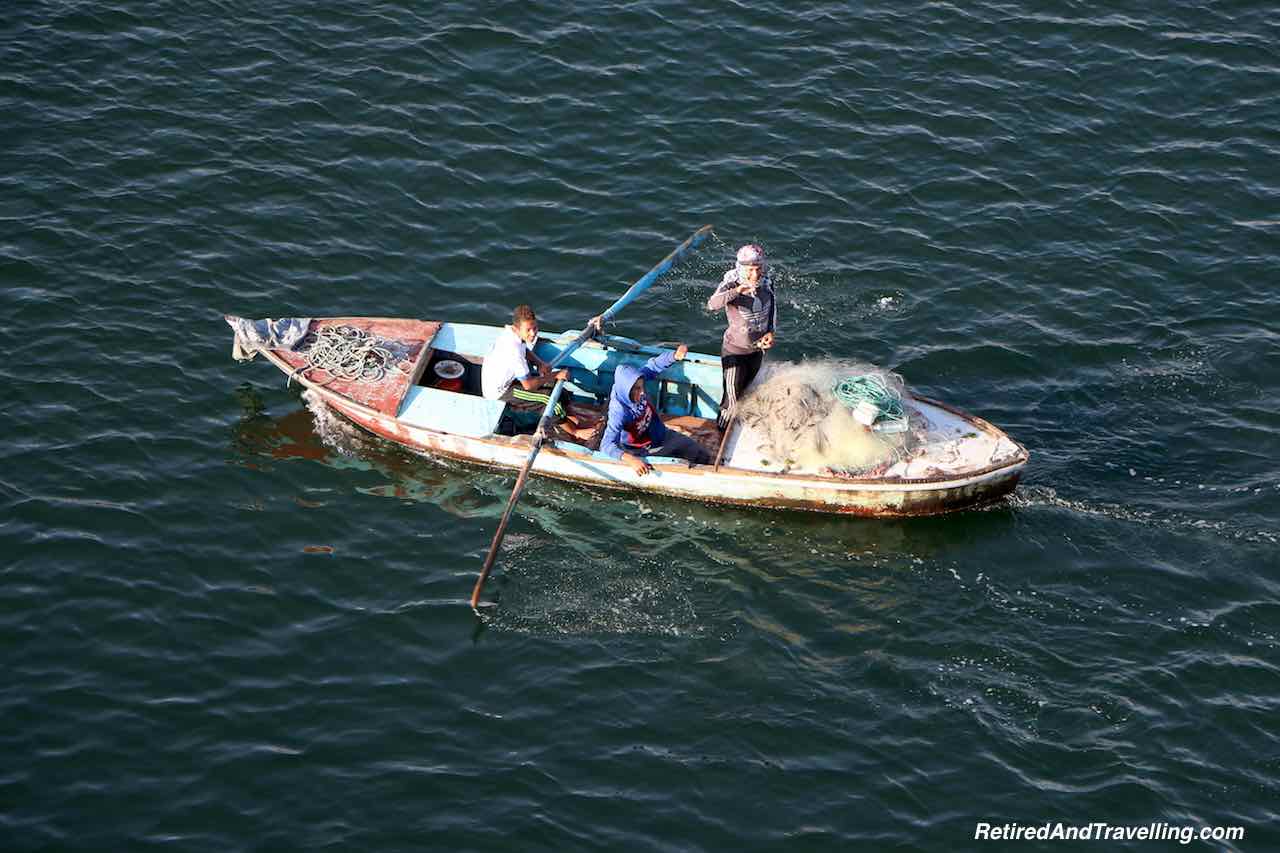 On our transit through the Suez Canal, we saw small villages on the shore. It was always easy to pick out the mosque in town. 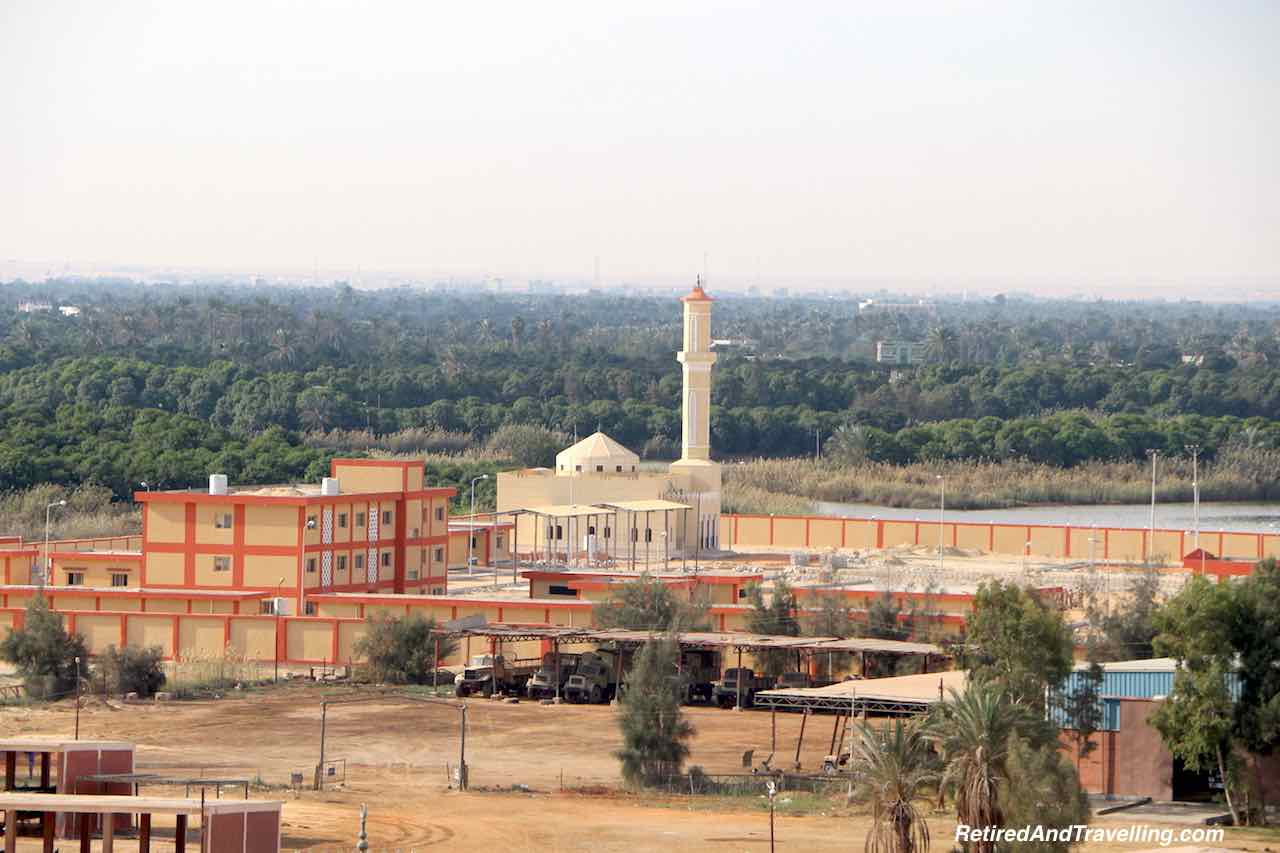 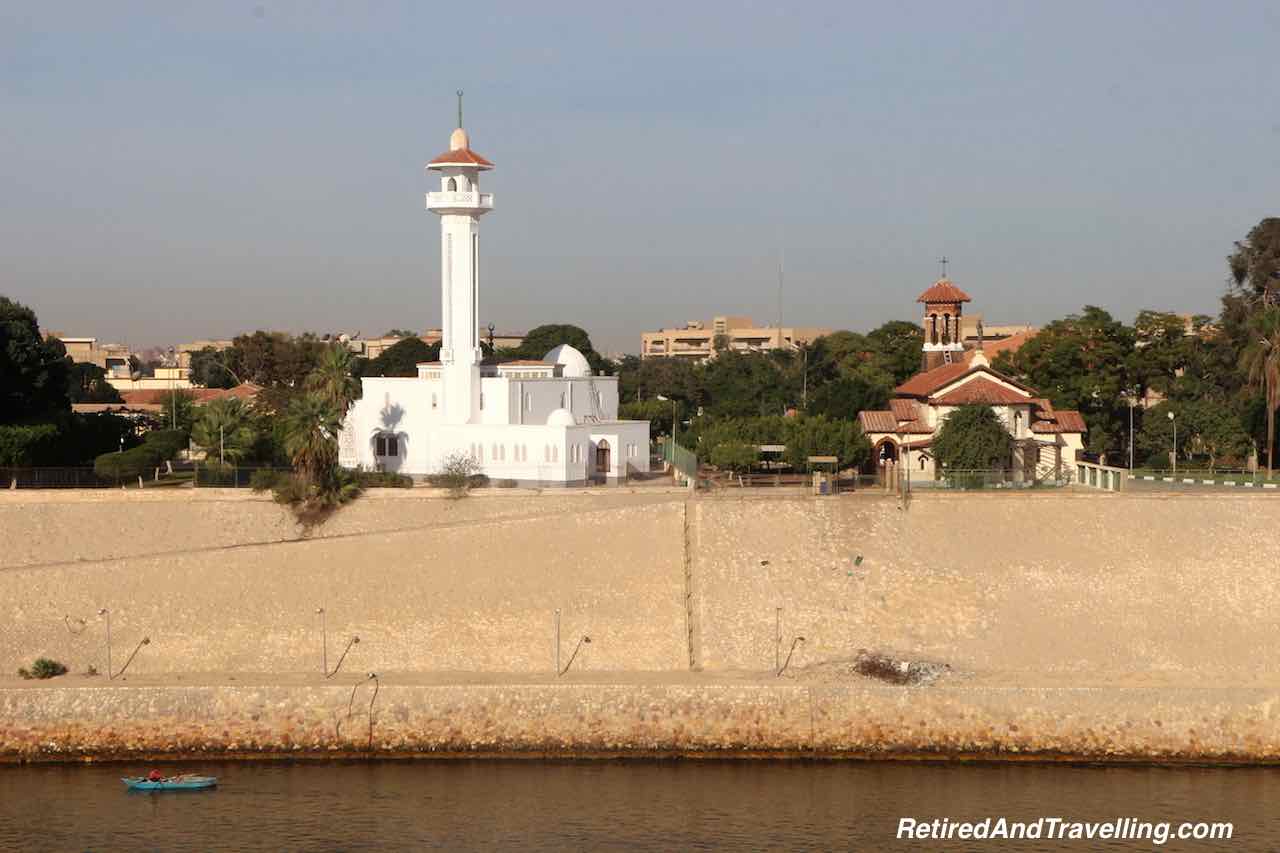 Along the canal there was a regular military presence. We saw guard towers, military bases and jeep patrols. 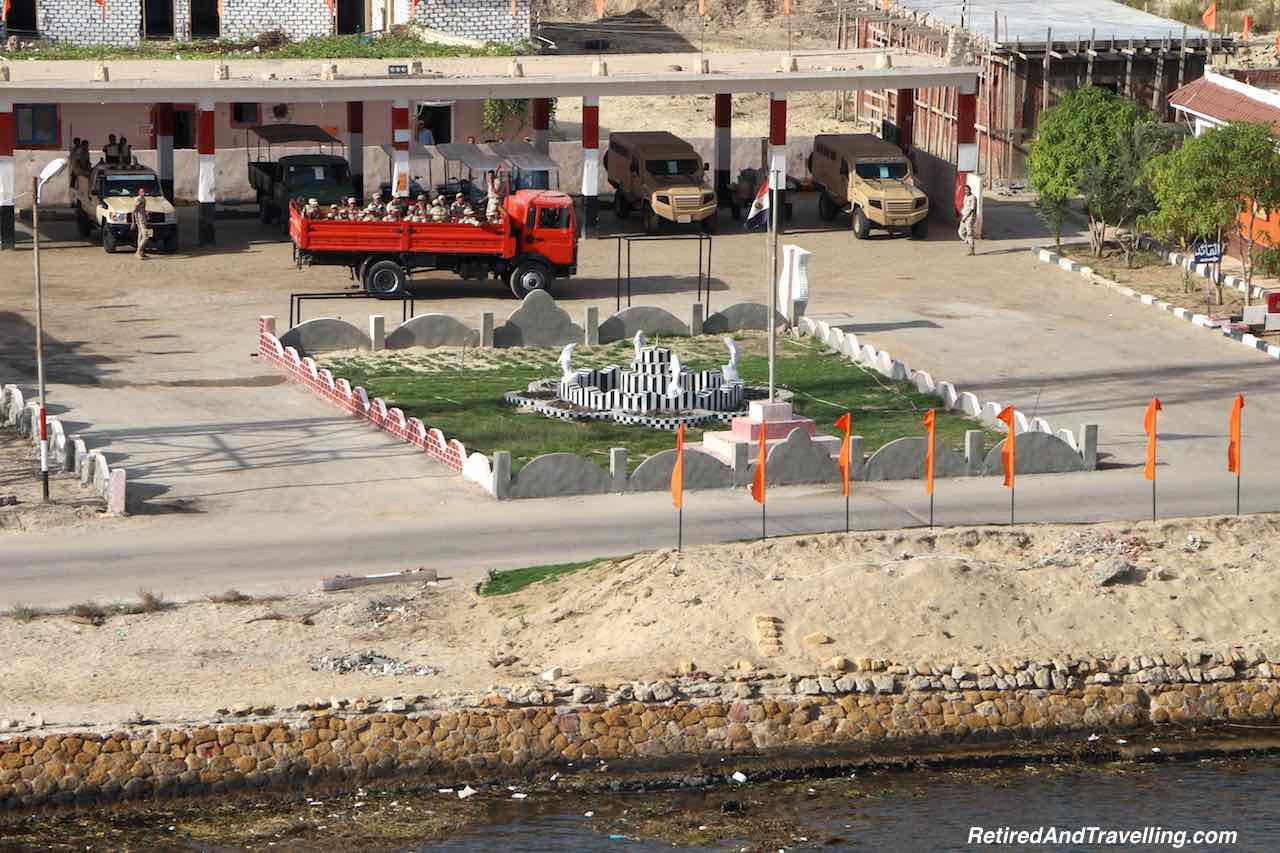 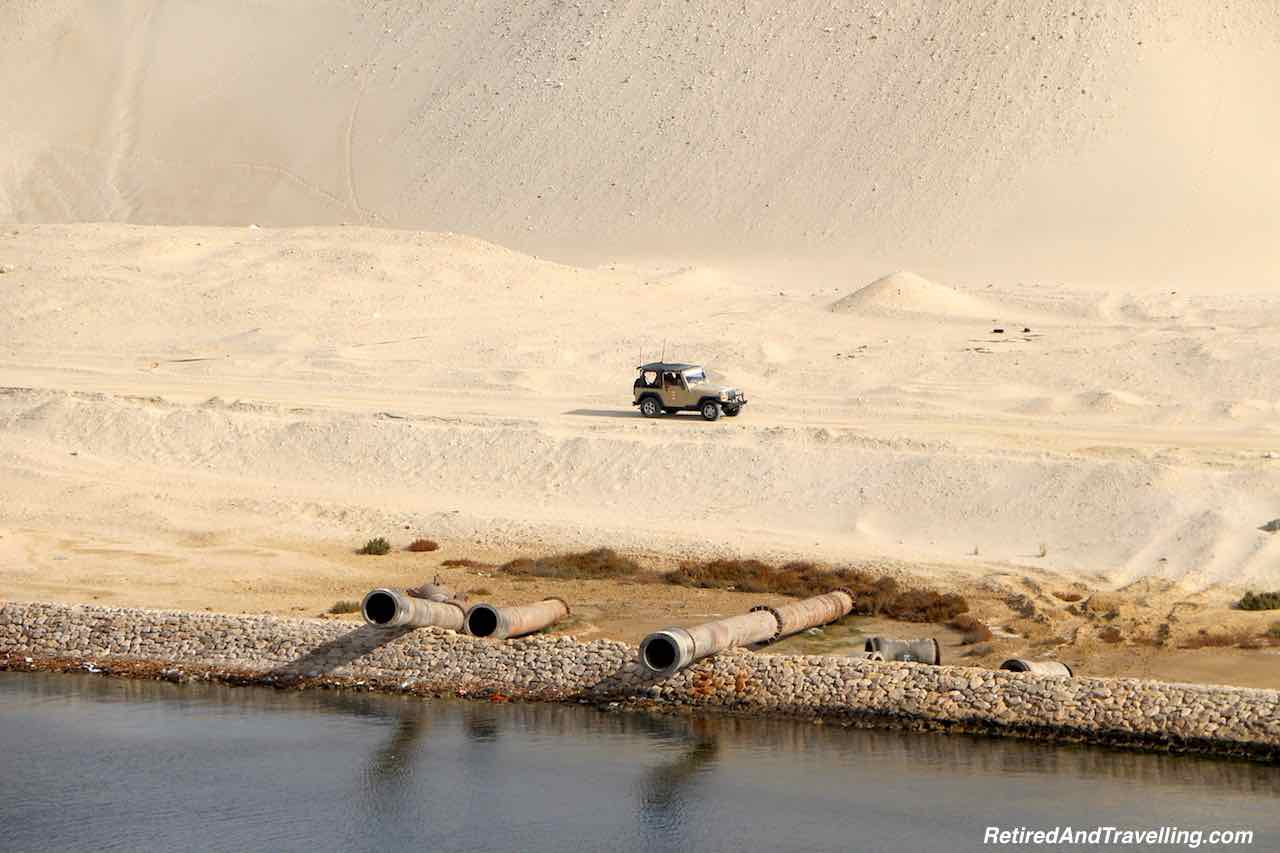 We exited the canal at the town of Suez. When we exited the Panama Canal at Panama City, we found a large and vibrant city. Suez was a smaller city but we did not stop to explore! We visited the Greek Islands in the Mediterranean Sea and floated in the Dead Sea. We were now in the Red Sea! 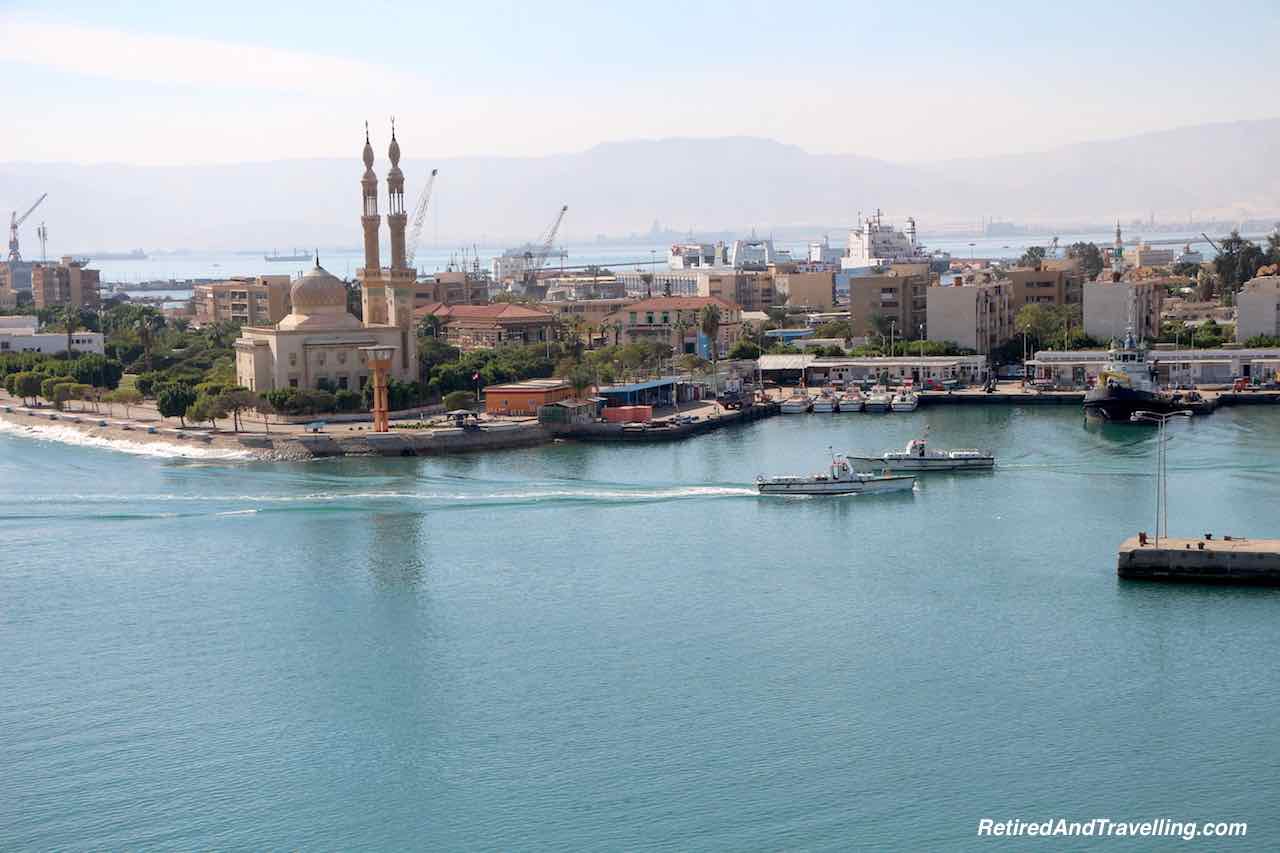 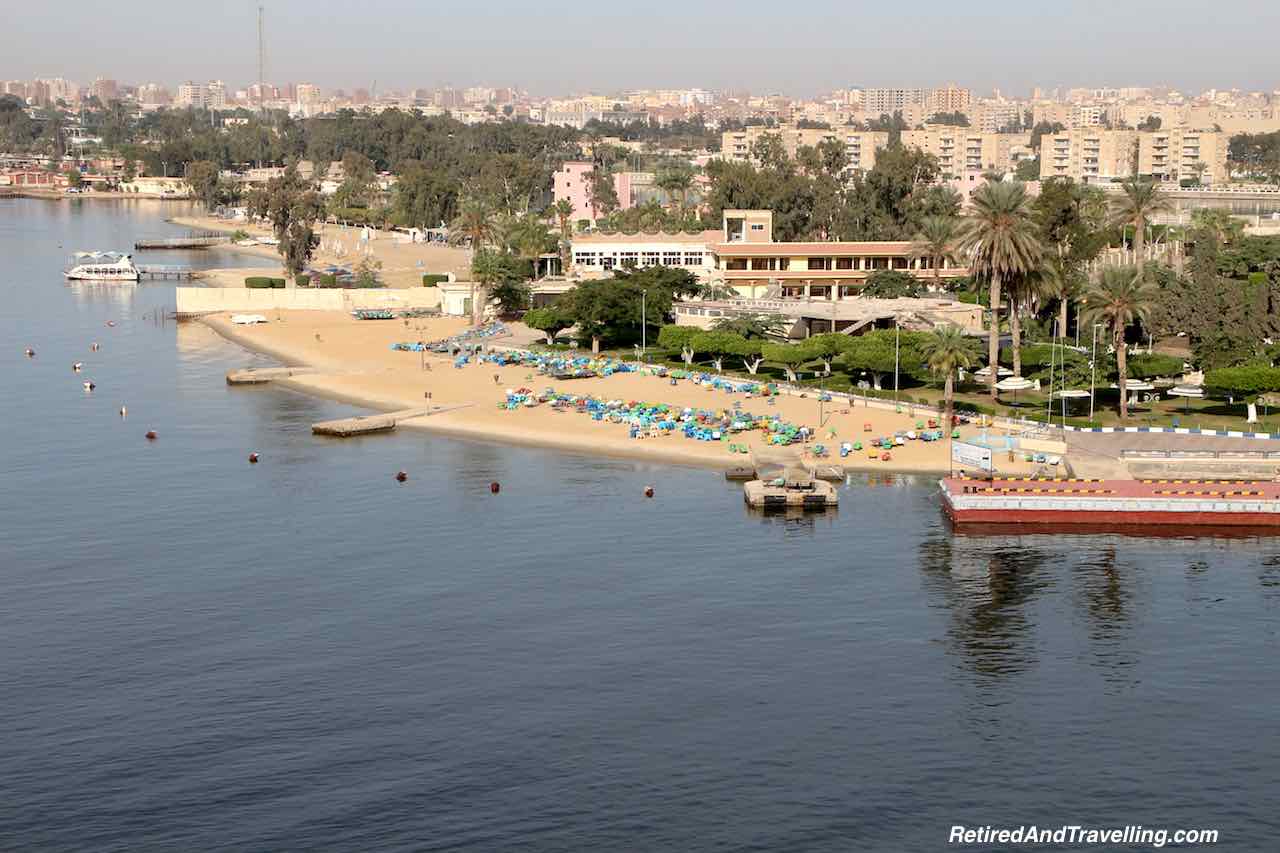 It was one more day of transit to our next port at Sharm El Sheikh in Egypt. It would be a short port day. We booked to do scuba diving at Sharm, knowing this would only be a small taste test of Red Sea diving.

It had been interesting to transit through the Suez Canal. We could compare it to our experience with the Panama Canal. While we saw ships lined up for entry to the Suez, it was nothing like the backlog of ships we saw for the Panama Canal. The huge container ships and car carriers (RoRos) were the same. We missed the excitement of seeing locks in action. But we could now say we had seen both of the major canals in the world!

If you are interested in a little bit of history of the Suez Canal, read on …..

Demand For the Suez Canal

A canal through Egypt would join the Mediterranean Sea with the Red Sea. For trade between east and west, a canal would remove the requirement to sail around Africa. There has been travel through this Isthmus of Suez since ancient time. Often the transit involved some water travel and overland journeys.

Many leaders over time built canals in this area. The receding Red Sea or the desert reclaiming the land meant that the canal continually had to be rebuilt. At times there was a railroad for goods only. As the demand for eastern goods continued to increase, the need for a reliable canal route increased.

When Napoleon invaded Egypt, he had an engineer assess building a canal. The engineer erroneously determined that the Red Sea was 10′ higher and a concern that a canal would flood the Mediterranean. No work was done on a canal at that time. During the Art Deco period, the influence of Egyptian style continued to increase. This rekindled an interest in building a canal.

Ferdinand Del Lesseps took up the challenge to build the canal in 1859. While estimated at 200million franc, the final cost was twice as much. Egyptian Viceroy Said gave permission to build the canal, ultimately funded much of the building and was responsible for supplying labour. The Suez Canal Company got the right to operate for 99 years. They would collect the fees to transit through the Suez Canal.

It took 10 years to build the 101 mile long canal. New engineering surveys determined that the seas on both ends were indeed at the same level and no locks were required. There were certainly challenges with building this canal. When Del Lesseps started construction on the Panama Canal, the need for locks and the terrain would prove much more complicated.

Building started with a narrow service canal from both ends. Service canals were built mostly by hand and would then to be widened by equipment. At the time of the US Civil War, Egypt was accused of using slave labour for the canal construction. When they withdrew the workers they then had to finance the purchase of dredging equipment. This continued to add to Egypt’s debt.

With large equipment, digging went better but there was still a concern about the desert reclaiming the canal. They went to Santorini to get special ash and pumice from the volcano to line the canal and stop the erosion.

The Suez Canal opened in 1869 with a great celebration, that Egypt paid for again. Ships were now able to transit through the Suez Canal. The fees that Egypt received for the canal passage never covered the interest on their debt. They finally had to sell their shares, giving control of the canal to the French and English for the final 80 year.

Transit through the Suez Canal has been central to military operations through various wars. In the 1950s Egypt went to war with the English and took the canal back.

It was widened in 1915 through the sale of $8.4 billion in shares sold only to Egyptians. Today the Suez Canal is owned only by Egyptians.

Transit through the Suez Canal often fluctuates with the price of oil. When the cost to sail around Africa drops, shippers want to avoid the cost to take the canal.

Have you had the chance to transit through the Suez Canal? What did you find most interesting? 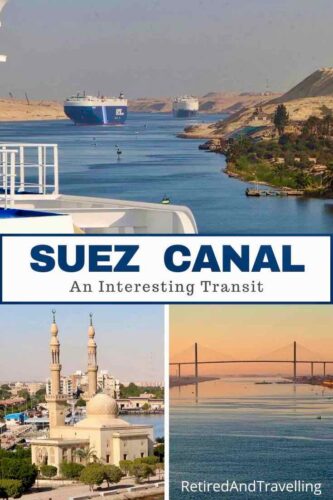 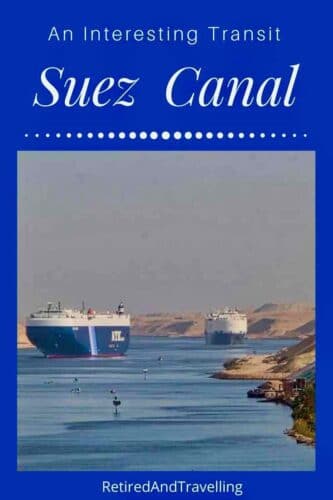 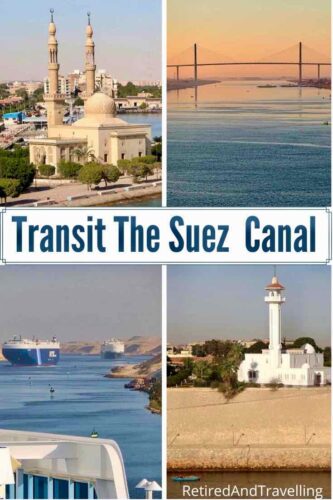 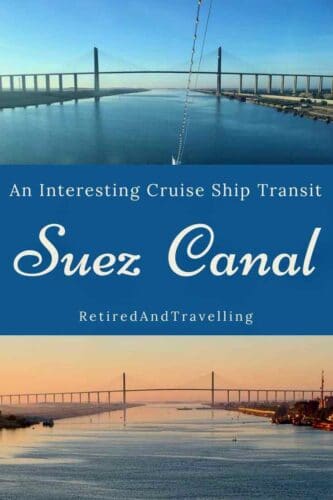