We purchased our eBikes in the spring while the snow was still on the ground. Some real ebike riding experience was needed to validate that our splurge purchase was not wasted money!

After 100km on our eBikes, we can say we made the right decision to invest in eBikes!

With three children in university – spread across Canada in 3 different time zones – we kept our large house for many years in case one or more of the kids decided they wanted to come home. Then it became evident that a single not one of them wanted to live in Toronto. So we did the empty nester thing and downsized to a condo by the lake.you to look at.

A major draw of being in this locatieasy access things to do in Toronto. The walking and bike paths ran for 46 km along the waterfront. There were connections to trails that wind throughout the city. The city plan included 1000 km of bikeways with 500 km of on-street bike lanes and another 250 km of off-road paved. 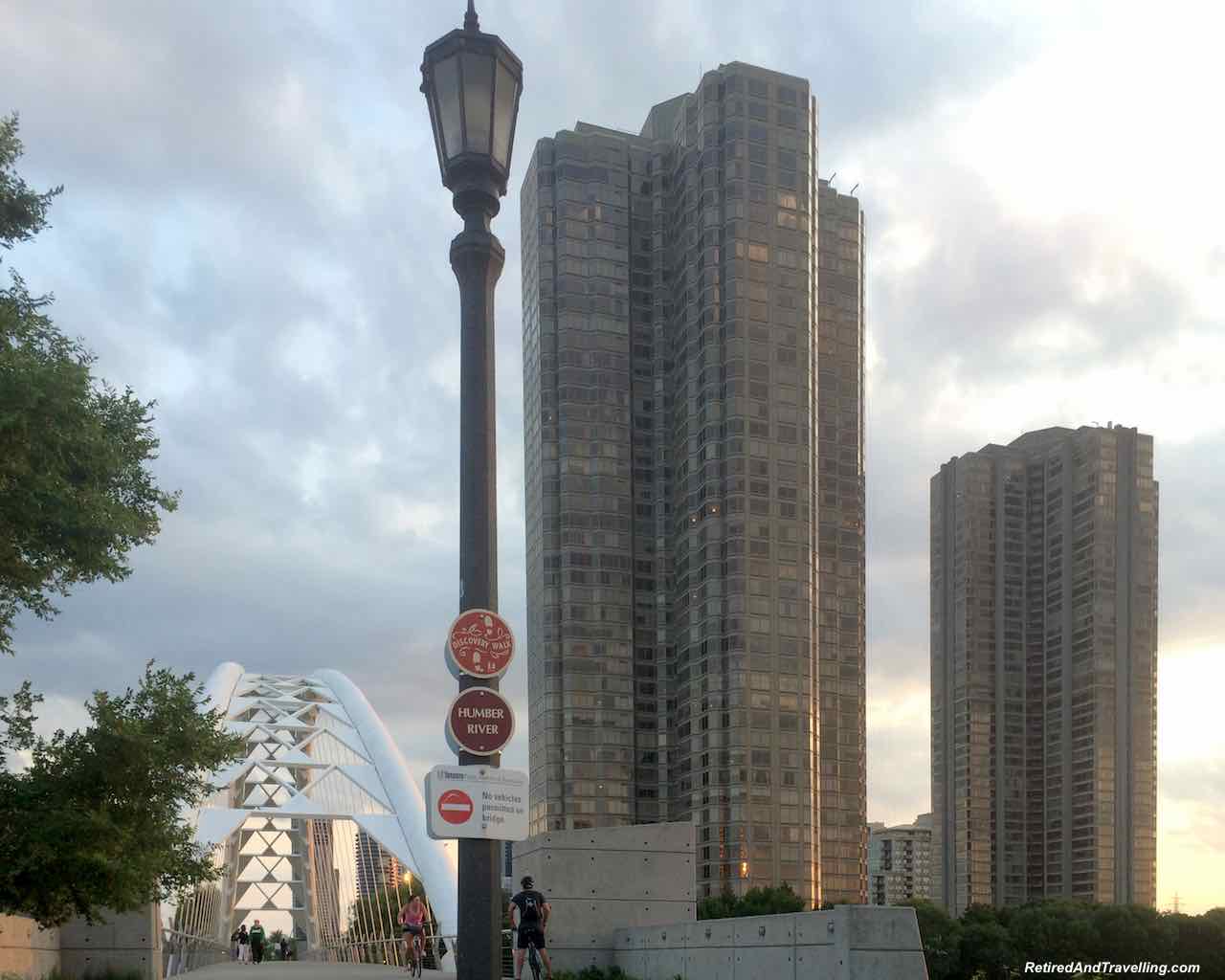 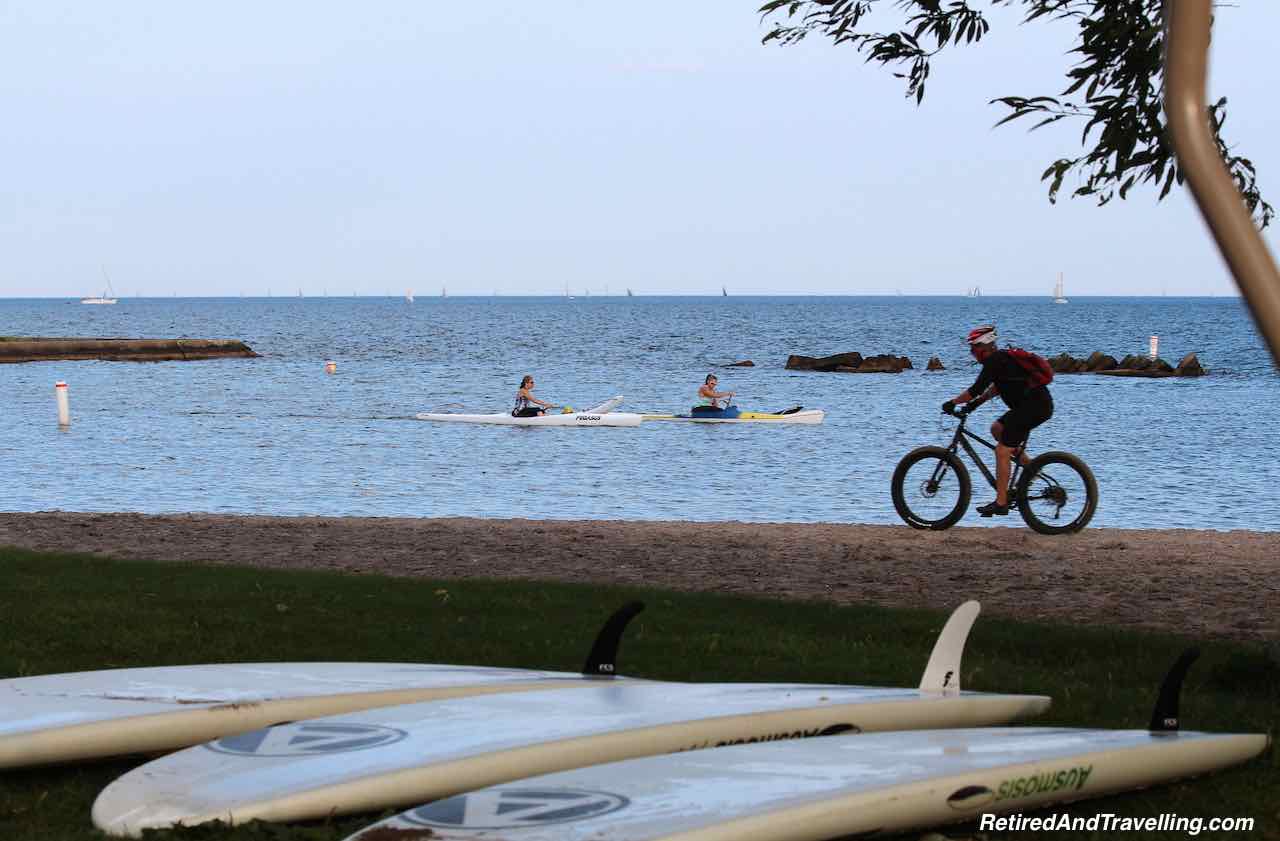 We have always had bikes. But in recent years we found ourselves riding a bit less. At the spring bike show we finally made the decision to switch to eBikes to increase our biking endurance and range. This decision has re-invigorated our bike riding and gave us the full eBike riding experience.

First 100km On the eBike Odometer

As the odometer rolled over on 100km on the eBikes, what have we found? 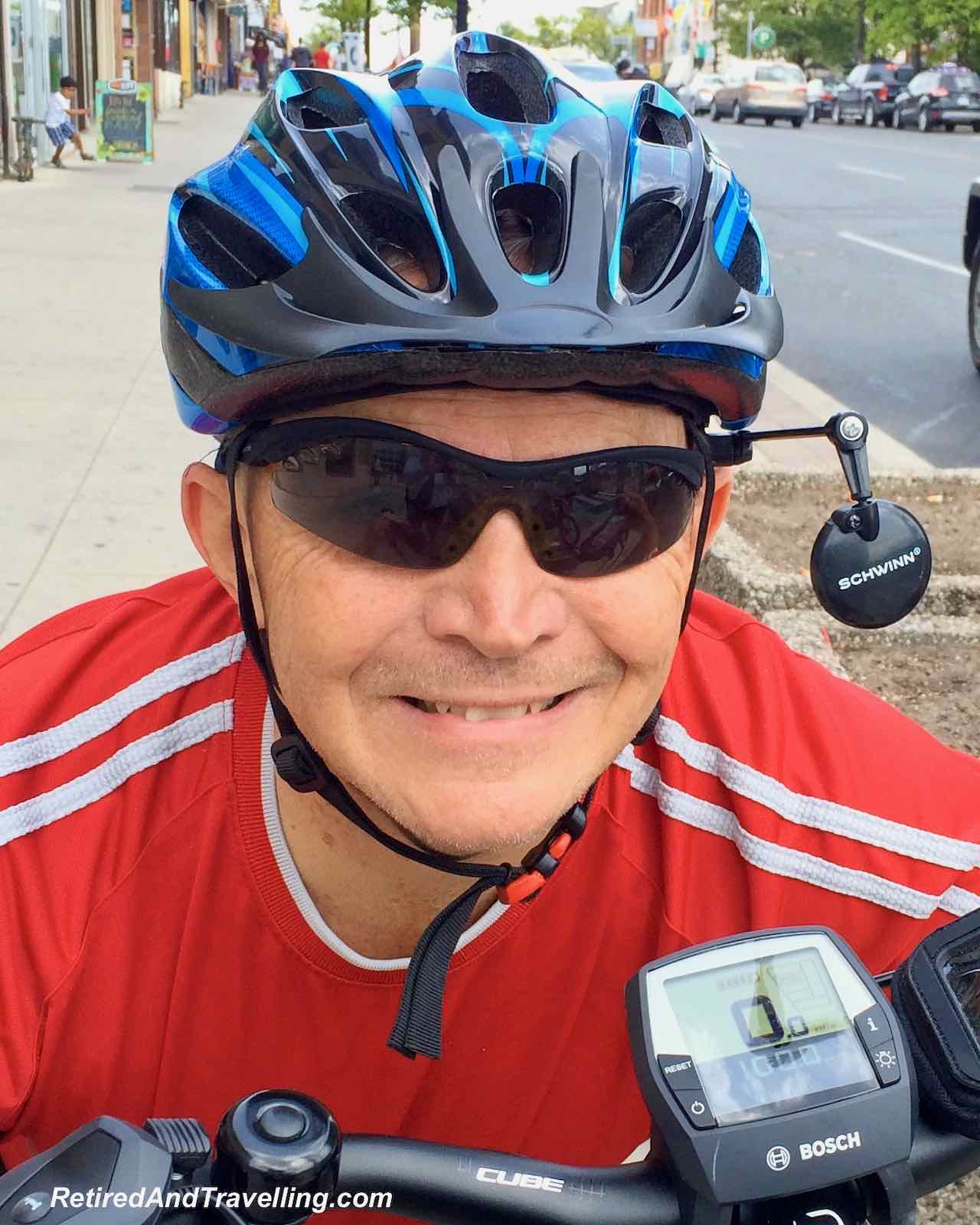 I am sure that many people think about eBikes as the lazy way out. Yes – we could ride with power all the time and get little exercise. But we found since we got our eBikes that we rarely take the lazy way out . We ride our bikes without power assist most of the time. But the little bit of power help proved to be a real saver in the scenarios we considered when we went in search of an eBike:

We biked longer and longer on each trip. We often rode days in a row. And when we pushed it, it was nice to know there was just a little power to help when we dragged on the way home.

Riding into the wind:

We often rode on the bike paths on Lake Ontario. As a Great Lake, it had a wide open fetch. And the bike path seemed to change direction to cover about 240 degrees. It meant that no matter which way the wind was blowing off the lake, at some point we rode into the wind. And of course, that was usually when we are on our way home and already tired.

I remember many days riding home where it felt like I barely moved forward. The eBike power gave me just a little boost when I turned into the wind.

Toronto has large parts that are level with only minor grades. But when we wanted to go downtown or wanted to head away from the waterfront, there was always a hill in the way. In the past, we avoided big hills for our rides or sometimes trailered the bikes up major hills (e.g. “The Bayview Extension”).

Since we started riding our eBikes, so far we have not found a hill that stopped us!

The Biking Season Was Longer

We picked up our new eBikes in April. On the first sunny day we were out riding. Bundled in coats, gloves and scarves we headed out around Lake Ontario. The ice was still in the harbour. But we knew we could get home fast. So it helped us to venture out when only the hardy were on their bikes. 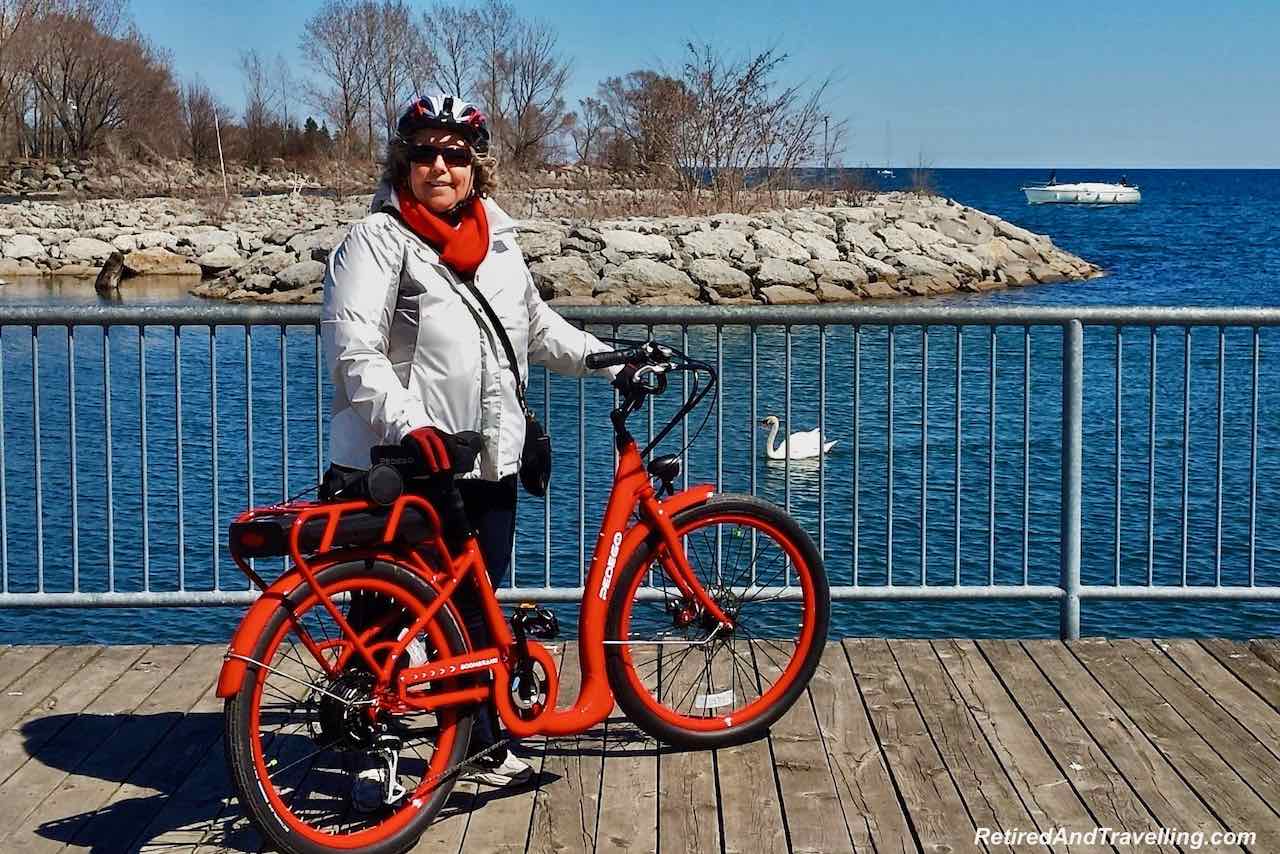 Bikes Are Now A Mode of Transportation

One of the major downsides of living in the condos by the lake was that we lost our local neighbourhood. The increasing number of condos brought in ground floor stores and restaurants. But we still generally had to get in the car to shop.

Now that we had our bikes, we had a real alternative. We headed out a little further for an eBike riding bike experience rather than getting the car out. One day we did the 22km round trip to get supplies for our home espresso machine.

We rode to the new Starbucks close to our condo. It was an easy ride to our new favourite real Italian cafe in Bloor West Village. Or we could ride to one of the many things there was to do around Toronto! My great cherry red Pedago eBike was seen all around town! 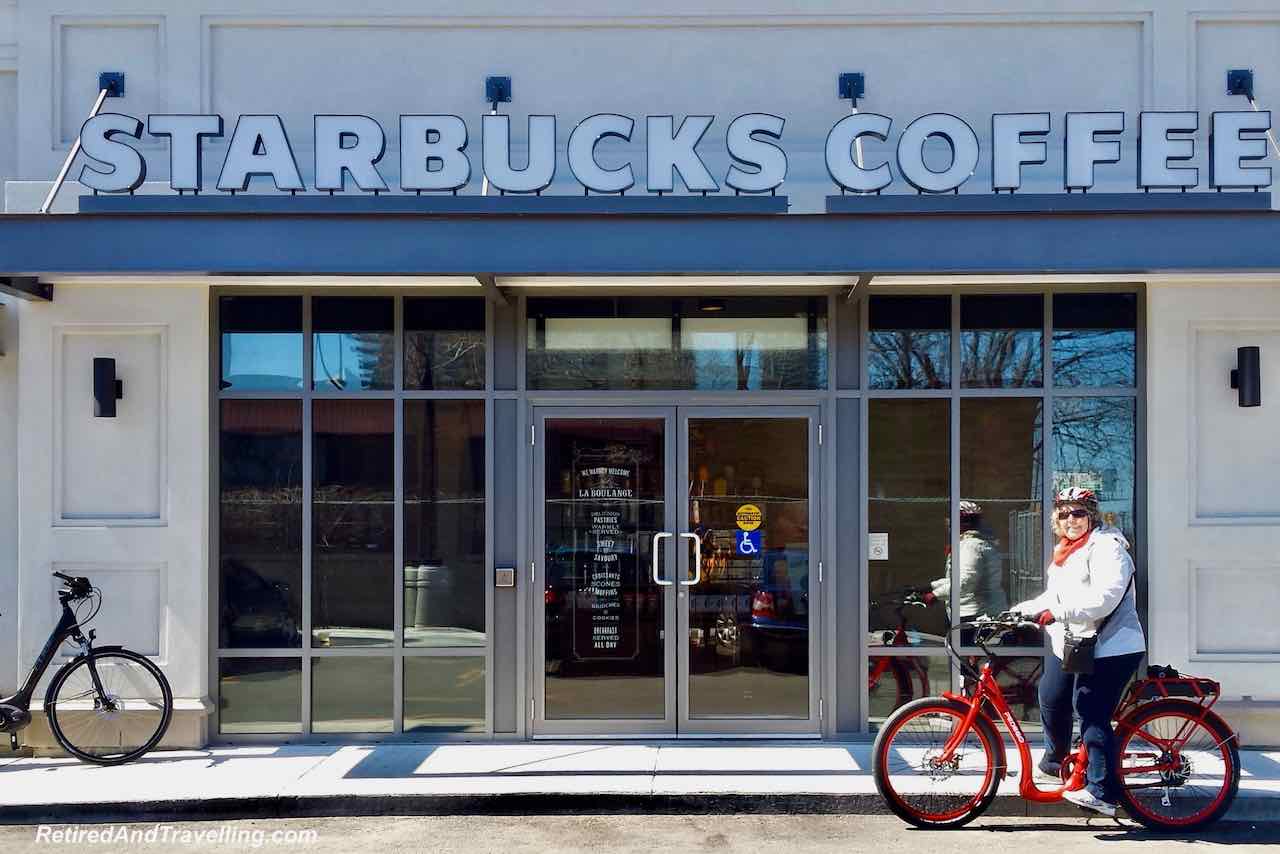 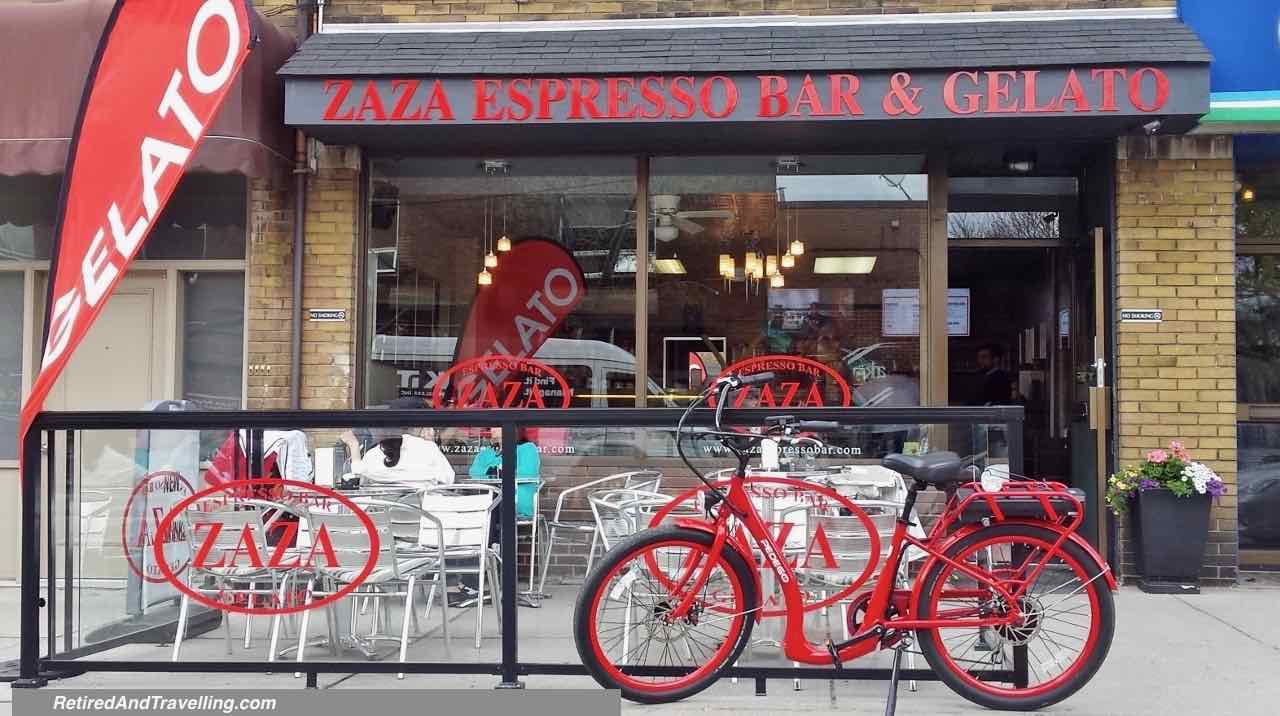 We often just rode the bike paths. But sometimes we used the waterfront bike paths and ventured into downtown and the waterfront tourist area. We stopped regularly to catch images of “our Toronto” that we often take for granted. 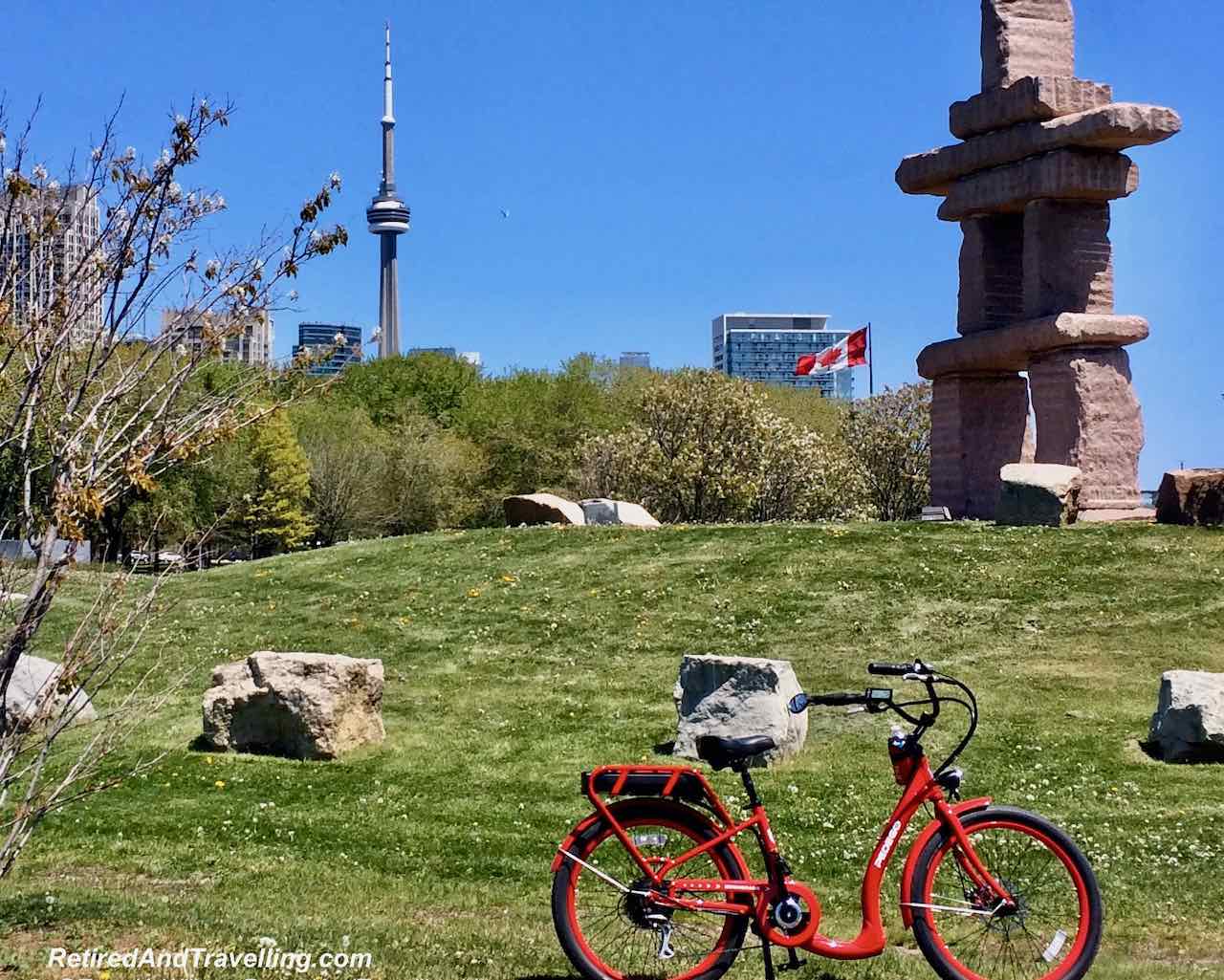 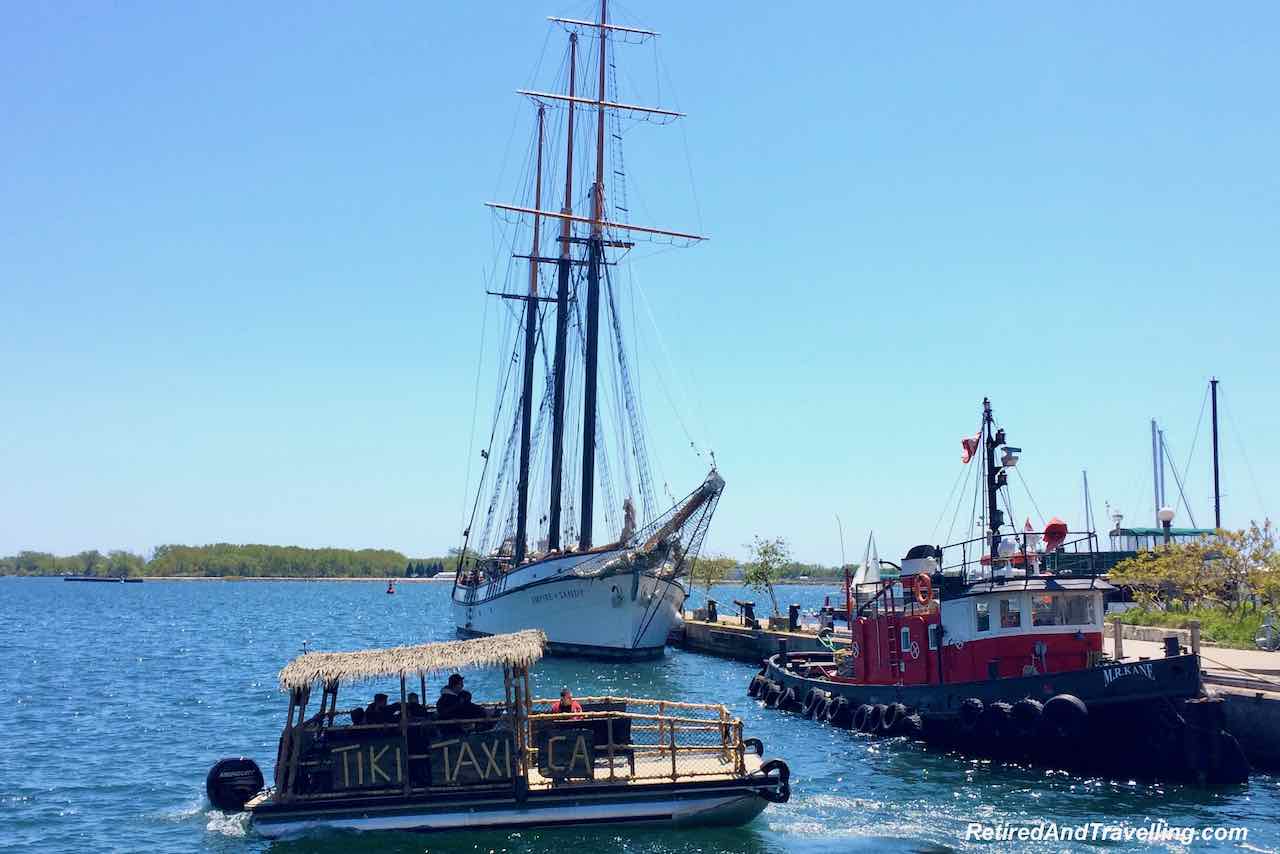 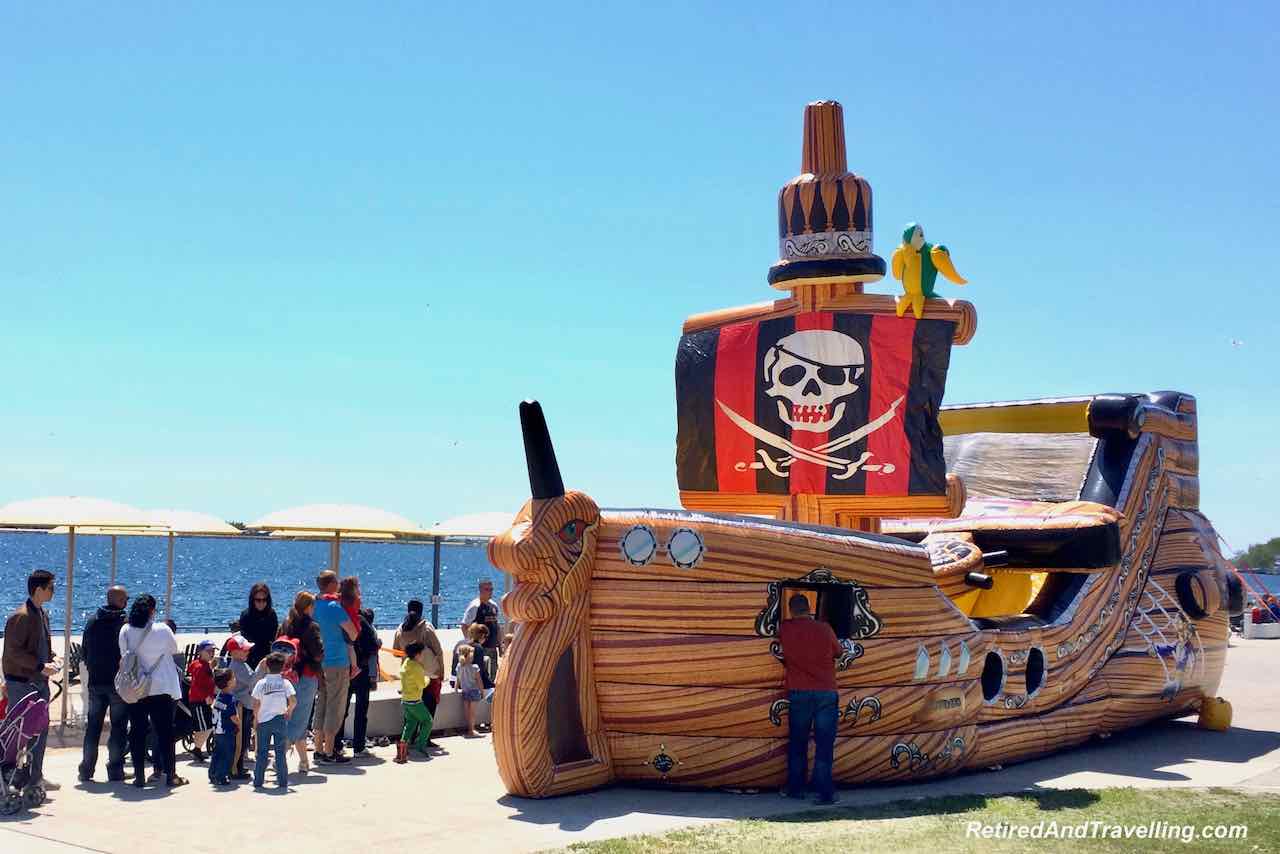 When we reached the Queen’s Quay area, there were lots of options to lock the bikes. We enjoyed lunch or a drink as we watched the people go by. It was a great way to enjoy our great home town in the summer! 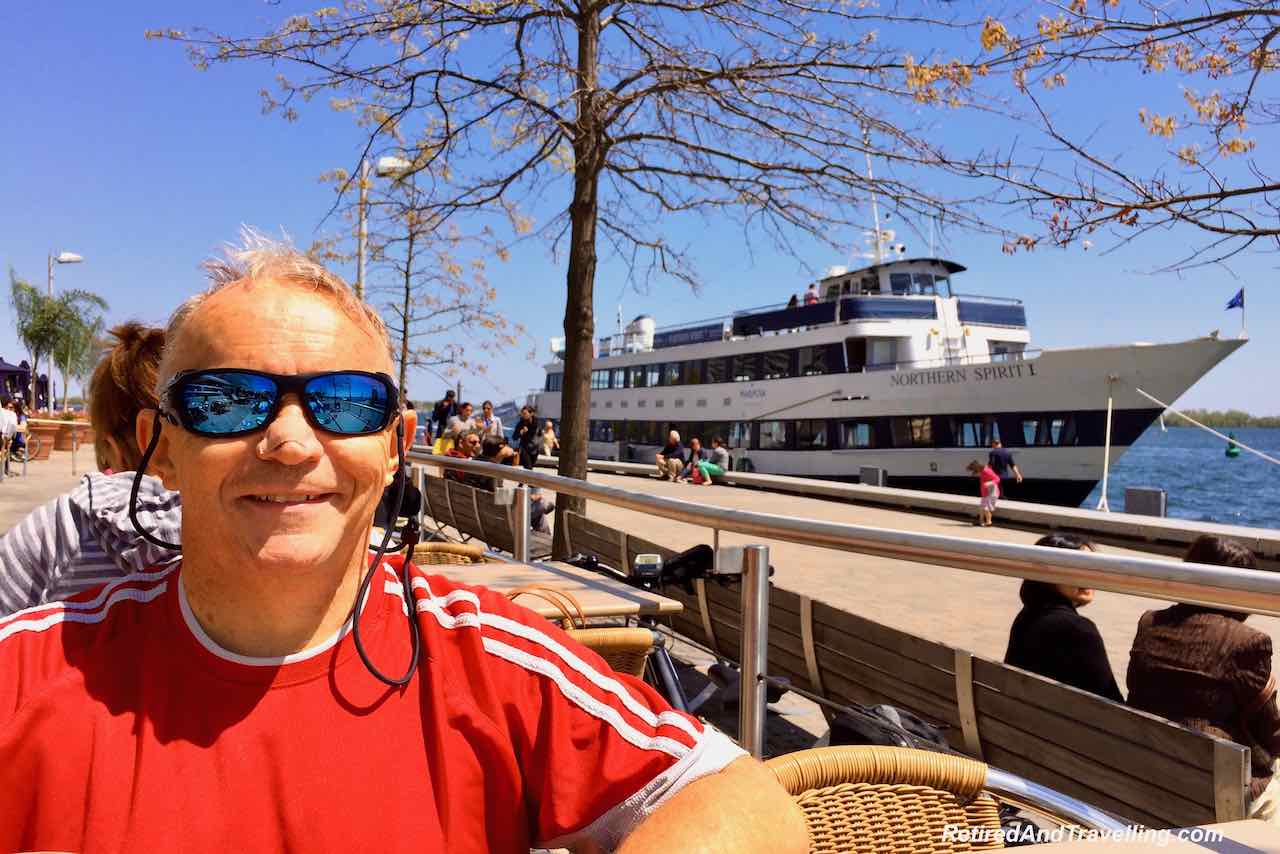 Enjoy The Parks and Bike Paths Away From the Waterfront

From the lakeside bike paths we travelled all over Toronto. An easy deviation from our condo was to ride up beside the Humber River. We could even ride up and rent a kayak for more adventure along the Humber River. 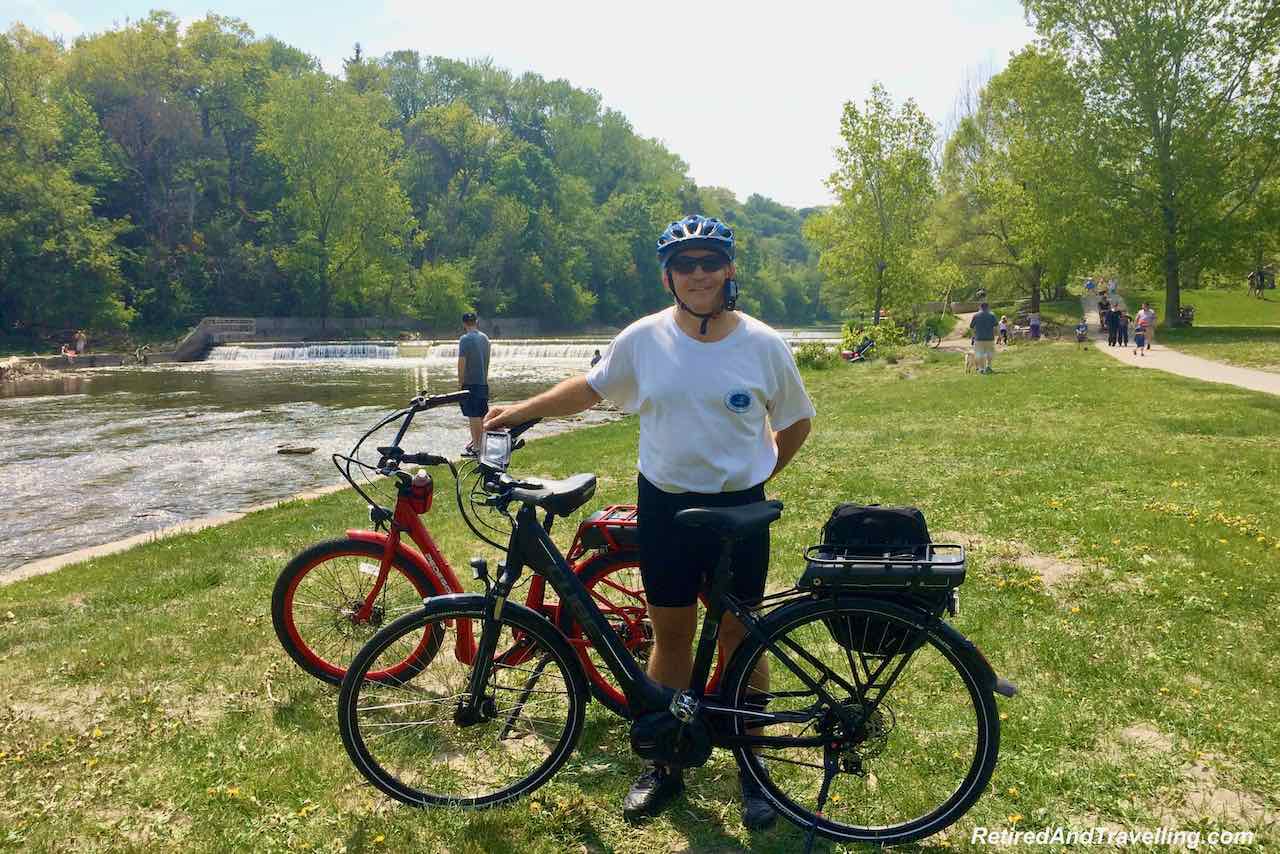 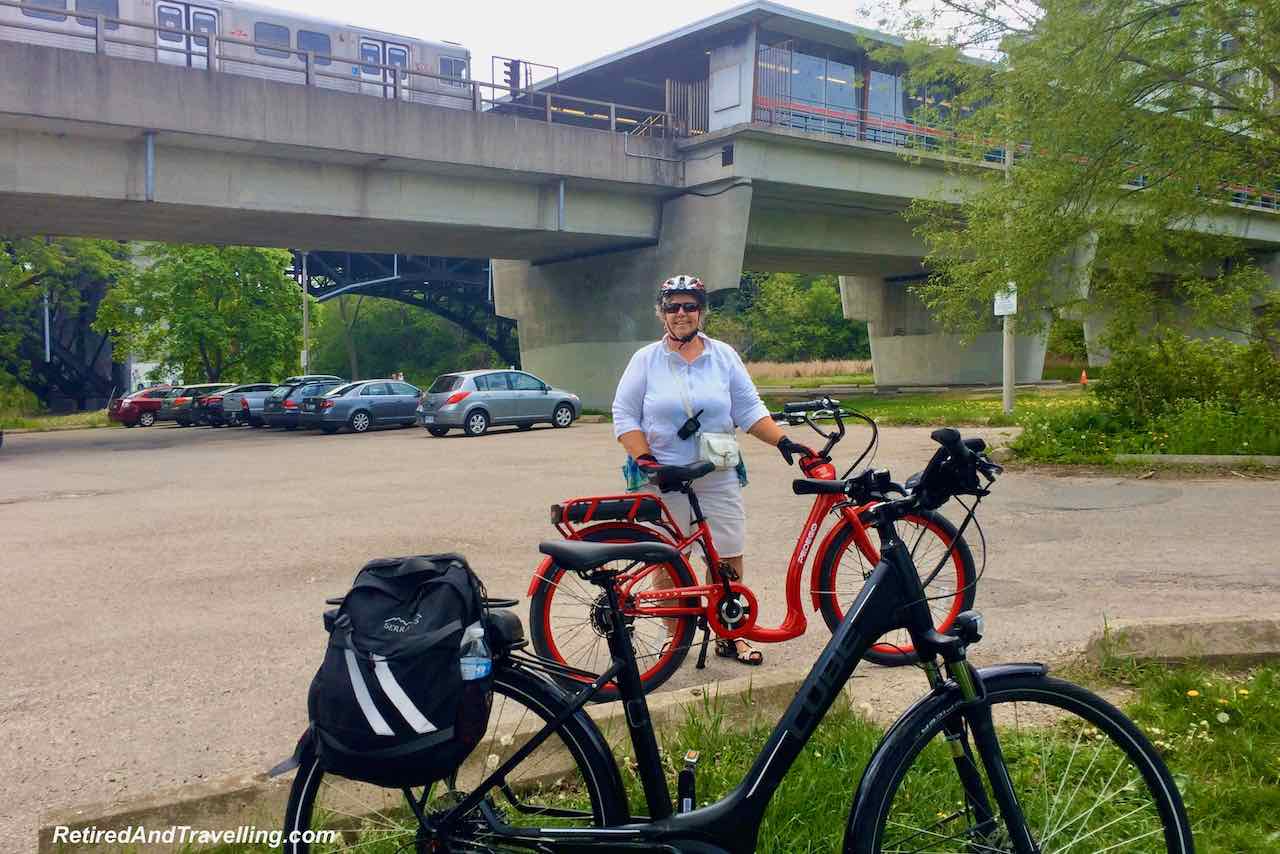 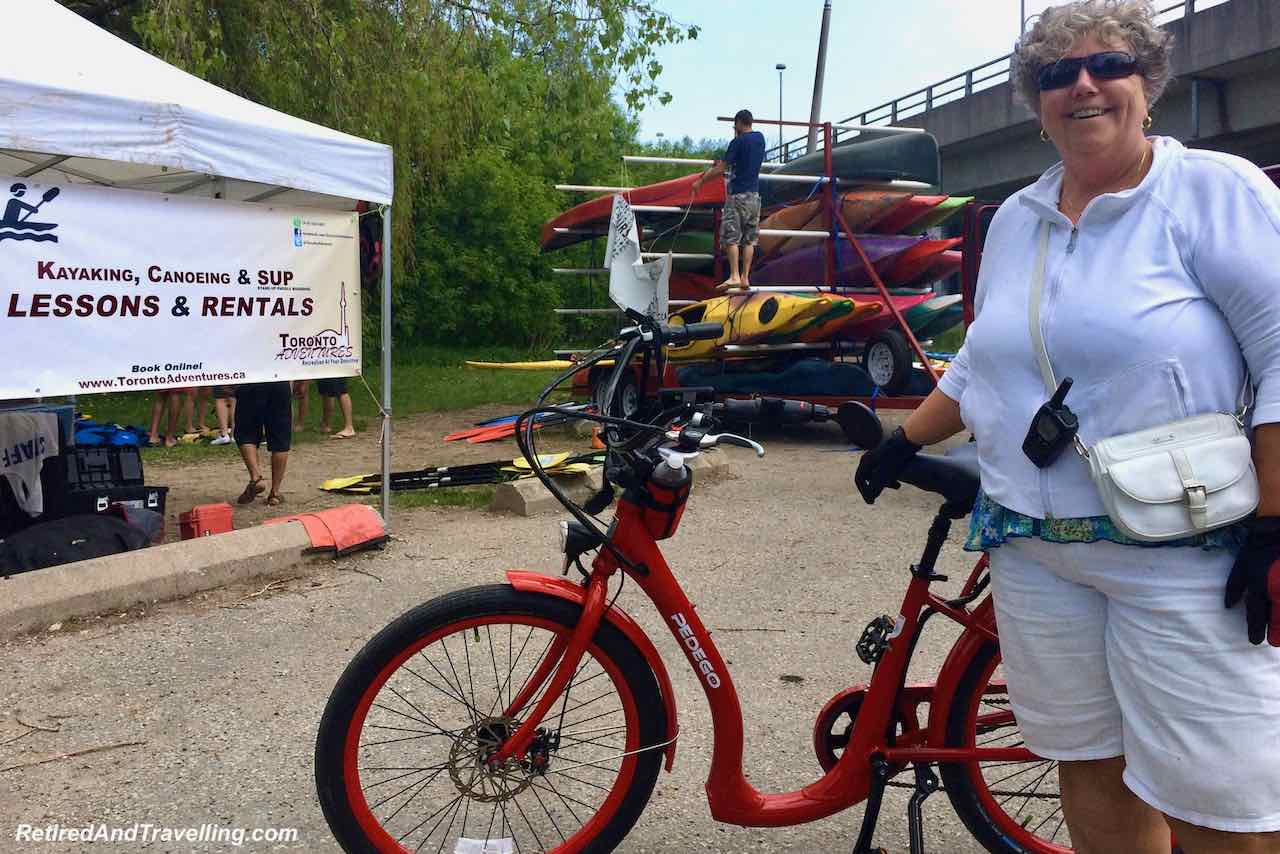 An eBike was still a bicycle. So we remembered the rules of riding like a bike when we headed out on eBike riding experiences. It was not a motorcycle. But it was faster and heavier than traditional bikes. So we needed to factor that in when riding.

We didn’t forget to use our signals when we turned or stopped. Failure to do so may result in someone running into you when you make a turn in front of someone! And with your heavier eBike, the collision was harder!

We struggled for awhile to figure out where we could mount a rear view mirror. There were extra controls on the eBike handle bars. Having the mirror helped a little to be more aware of traffic (cars and bikes) coming up behind me. David opted for a mirror on his helmet.

In most places we have ridden bikes outside of Toronto, the bike paths were clearly marked as bike paths. There were signs at eye height and often there were bicycle drawings on the path. The bike path markings in Toronto were not so great.

The bike paths were often multi-use paths. Pedestrians regularly were found on the bike paths. Once the weather warmed up, the paths got very busy. 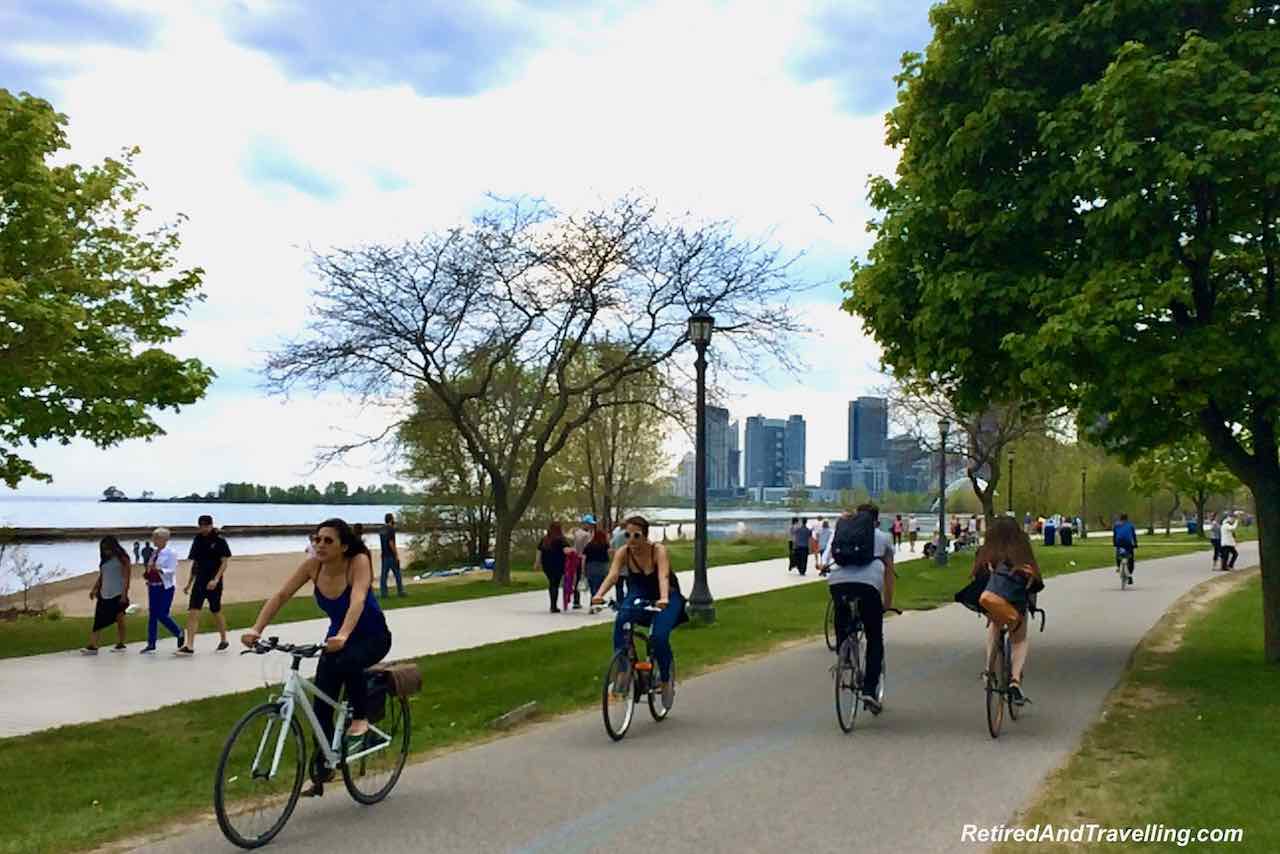 So riding on the bike paths was done with a third eye out for people ambling along. We watched for kids that darted out quickly. And for dogs with a long leash. With an eBike we were a bit heavier and we may be a bit faster. So we needed to be extra careful about ensuring we were always in control and could always stop!

Riding With the Cars:

While Toronto had a good number of bike paths, there are large parts of the city with no dedicated bike lanes on the road. If there was a bike lane, it was generally wide enough to give you a safe distance from the cars. If the cars stayed out of the bike lane!

We needed to be careful when the bike lane ended and we merged in with the traffic. When we were back on the road, our best bet was to assume every car was aiming for you and ride defensively!

We Had A Great eBike Riding Experience

It was an exciting first 100km eBike riding experience! We validated our decision to switch to eBikes. And we know they are not just of the lazy! Now that we broke them in, we can plan for longer rides. And we wanted to put them on a trailer to explore much further afield. Stay tuned for the next update! 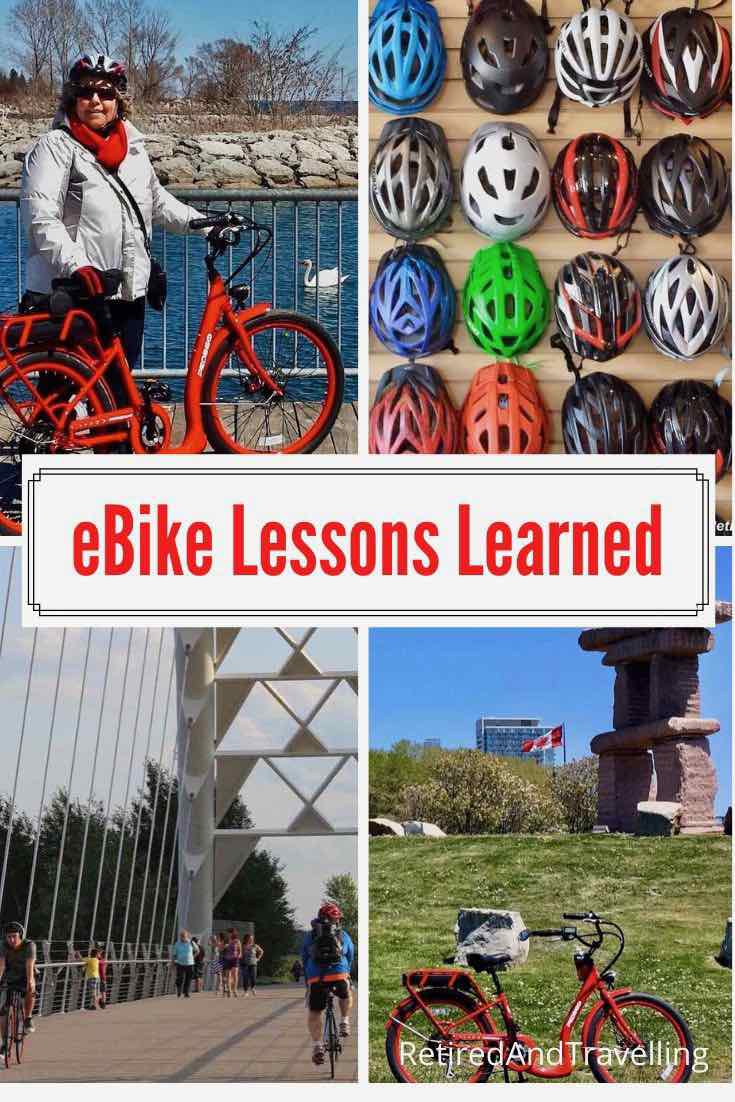 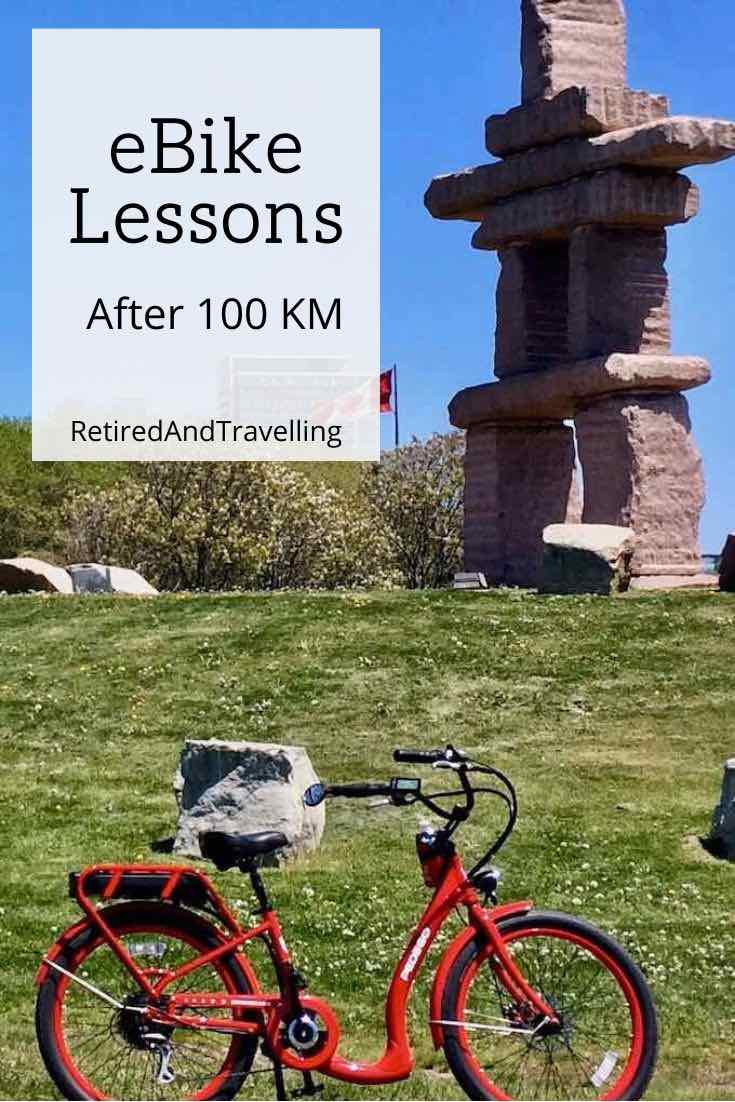 Most Popular Travel Blog Posts In 2019

We would love if you could share this!
66
66
Shares

Things To Know When You Do A Trans-Atlantic Cruise

Are You Considering A Trans-Atlantic Cruise? When people talk about a trans-Altantic cruise, the images that come to mind are often of the luxurious days of ocean liners crossing the sea. We booked our first […]

We would love if you could share this!
6
6
Shares