Exiled To The Bountiful Fraser Valley

On our last minute trip to Vancouver in British Columbia, we were surprised when we were exiled to stay out of the city in the bountiful Fraser Valley.

We needed to be in Vancouver in July in a hurry so hopped online for last minute flight and hotel reservations. We travelled to Vancouver regularly and didn’t really anticipate too much of a problem finding things.  Althoug we knew the prices would be at a premium for last minute booking.

But we were not pleased when we found that there were virtually zero hotel rooms at any kind of a decent price in Vancouver. When we tried to understand the high occupancy rates we discovered that the women’s FIFA cup was in full swing.  There were also several conventions and a dragon boat festival.  We finally resigned ourselves to a stay in the Fraser Valley in in Langley, BC.

Heading Out Of Vancouver

Arriving in Vancouver, we programmed the GPS for the Langley hotel and headed out of the city. As the Port Mann bridge shone in front of us, we totally missed the signs indicating that this was a toll bridge. 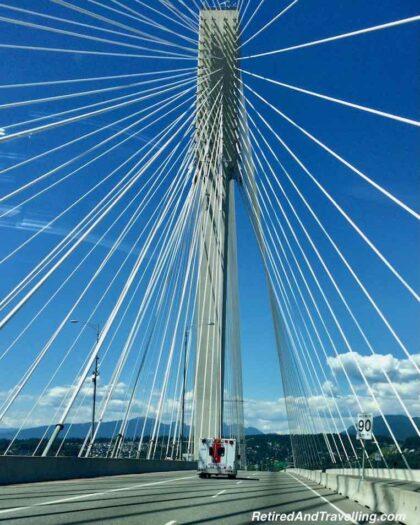 It was no wonder that visitors often left with tolls owing. There were no toll booths on the bridge, the signs were small and the building to pay the tolls were located off of exit ramps on either side of the bridge.  Since we crossed this bridge at least twice a day, we finally collected all the information we needed and found a way to pay our tolls online. Once we tried an alternate route without a toll bridge but that took us almost twice as long.  So we decided the toll made more sense.

While we stayed in Vancouver several times, we had never really made it out of the city and suburban areas. We used this forced exile and explored the bountiful Fraser Valley.

Any visit to this part of British Columbia (BC) should include a visit to Fort Langley. The town was based around the old fort, which was open for visitors for a glimpse of life in a simpler time. 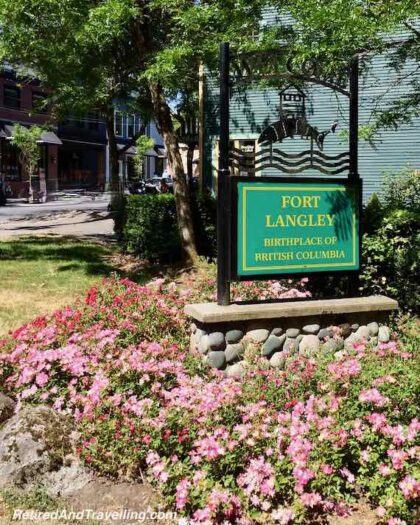 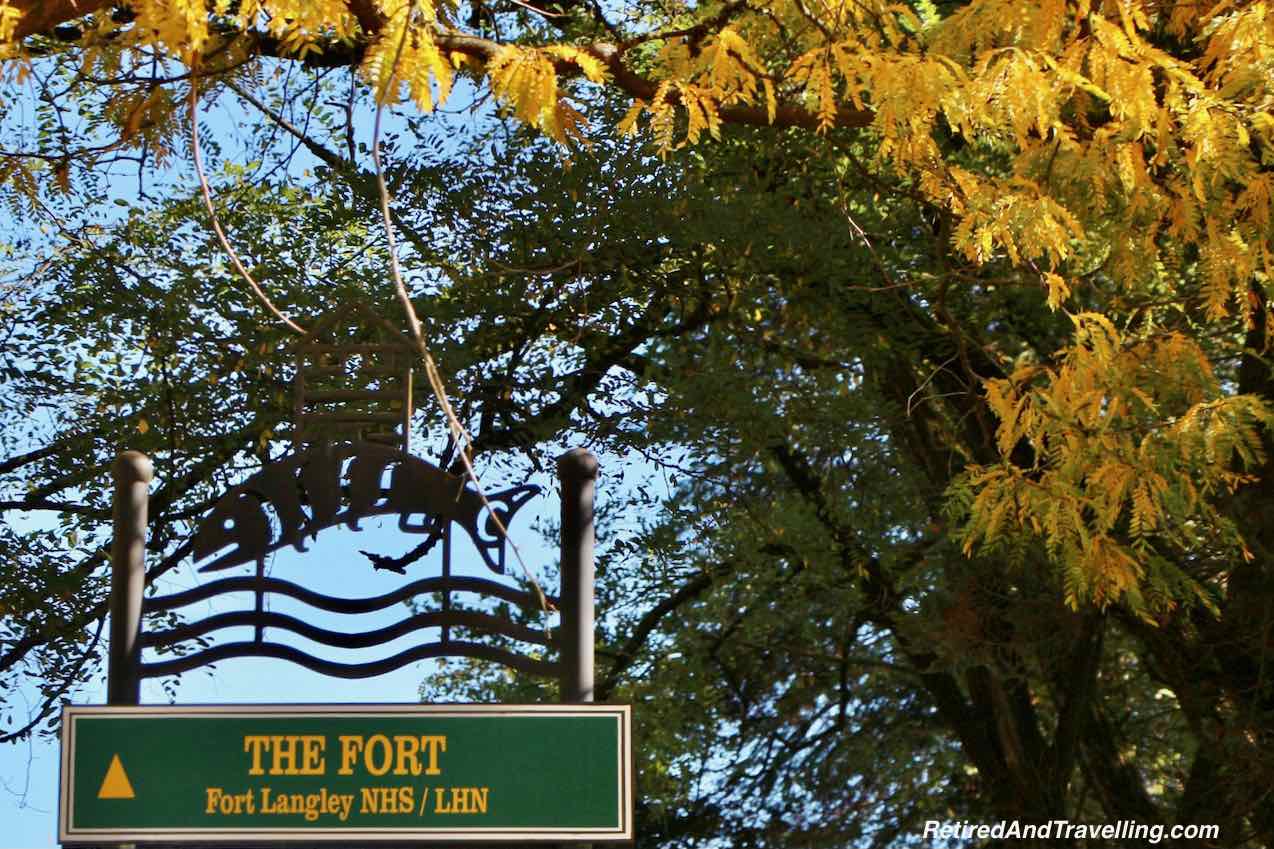 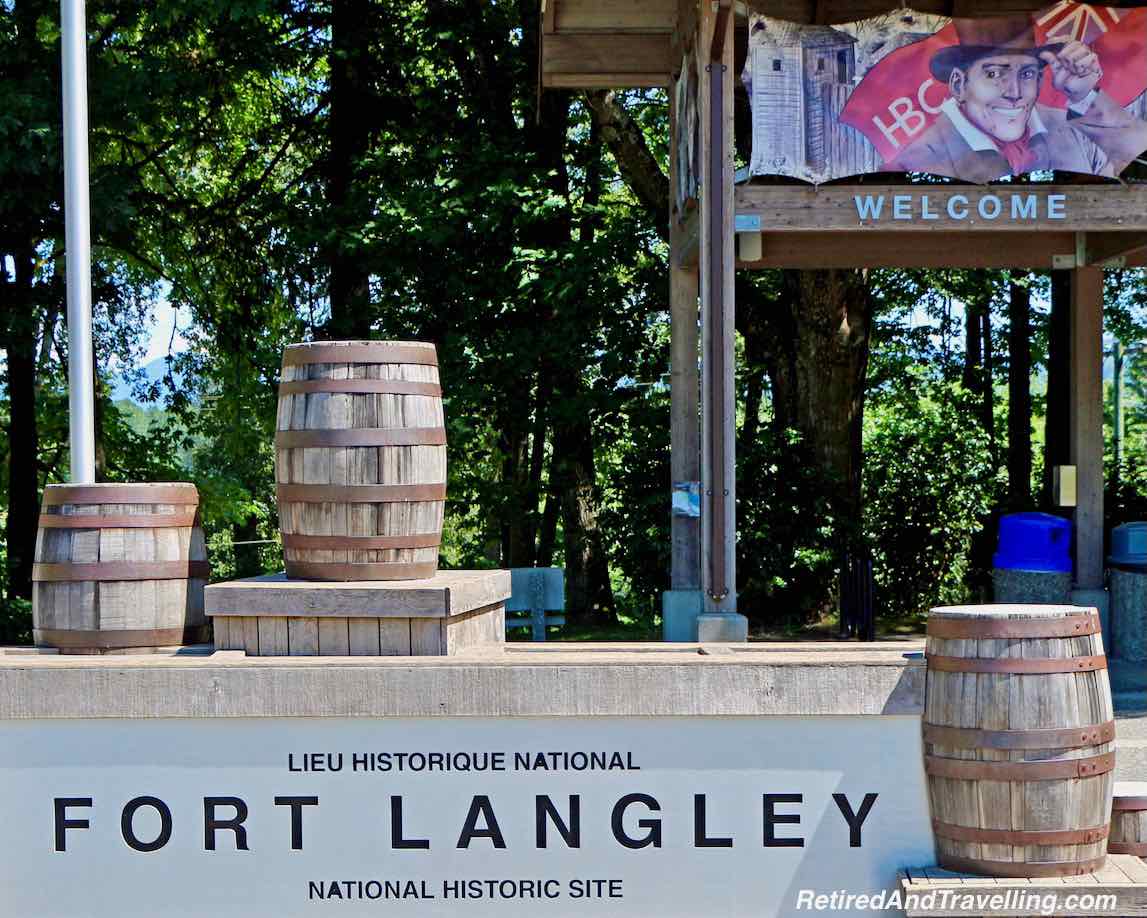 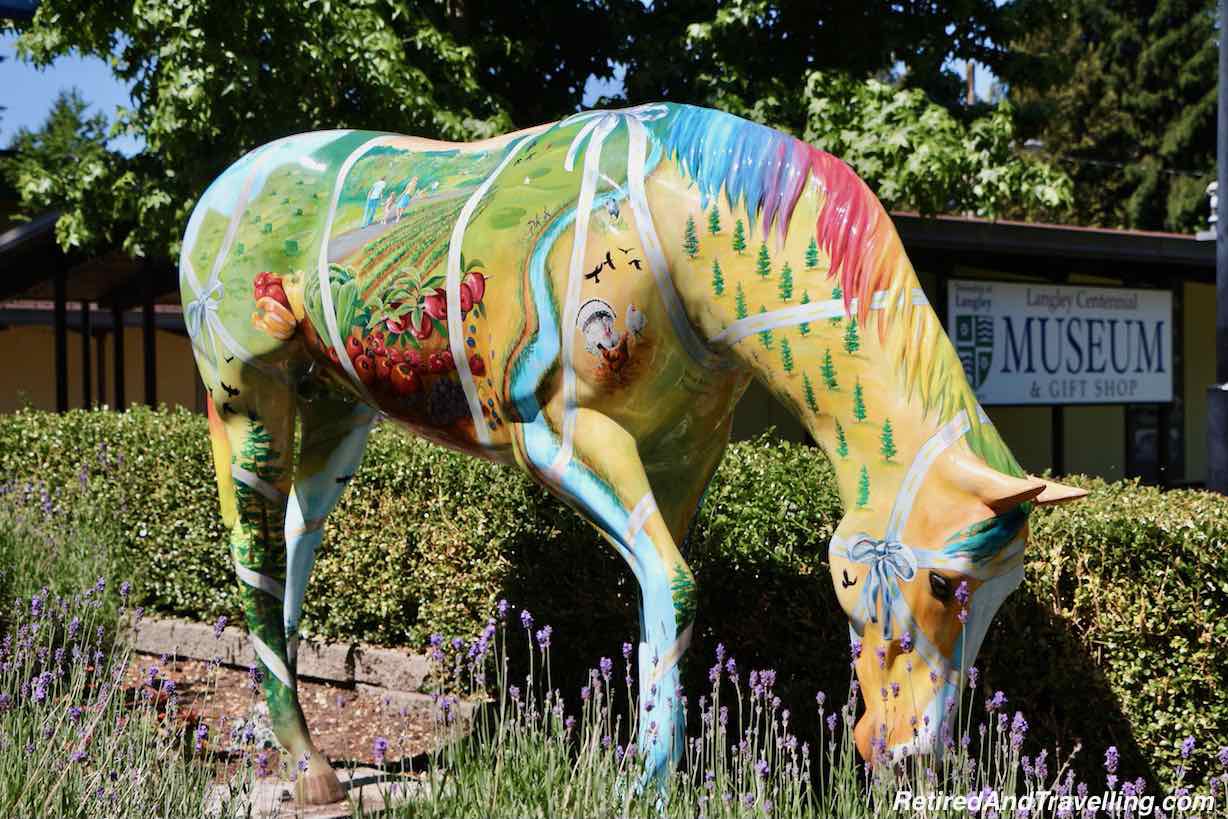 Brae Island was across a small bridge from the main town of Fort Langley. We visited twice and walked the paths around the island enjoying the quiet and flat walking paths. We enjoyed biking in Vancouver and one day we put our bikes on the carrier for a bike ride one day along the Fraser River on what was called the Fort Trail. Most of the route was pretty flat and ran close to the river. From the river bank we caught iconic B.C. images in the distance – mountains, logging or fishing. 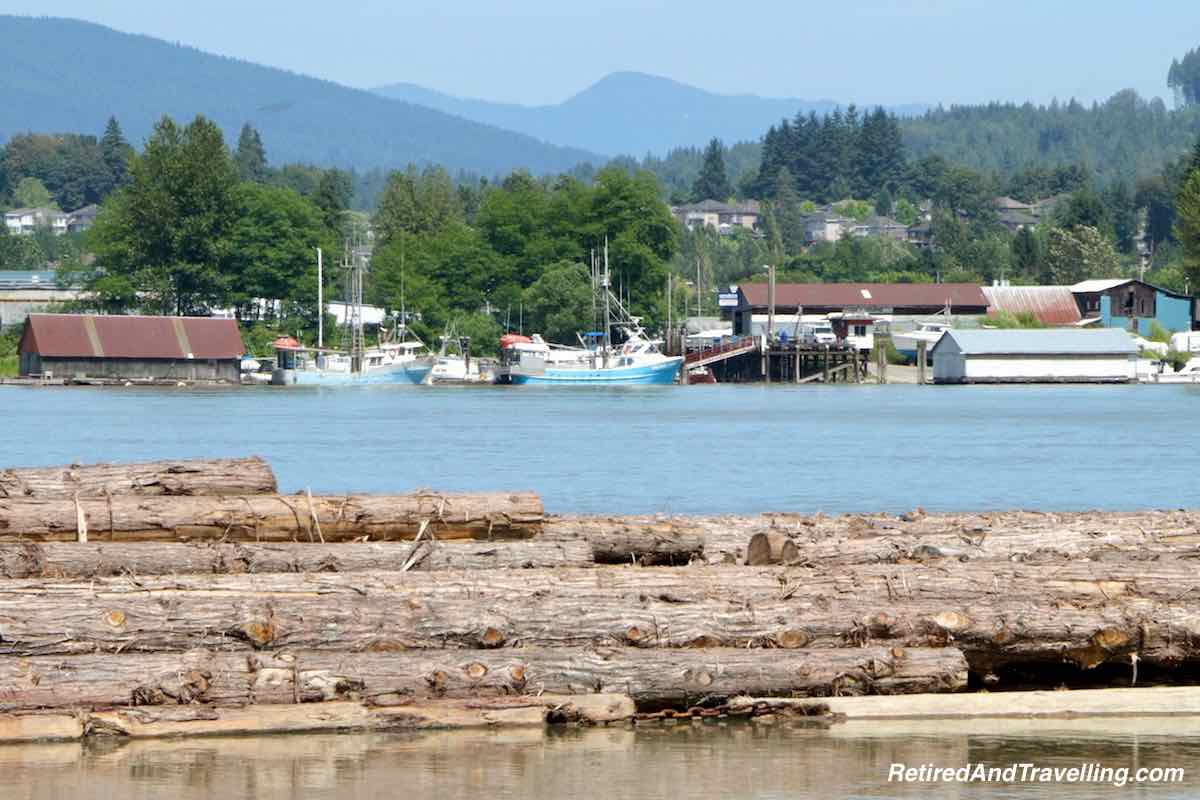 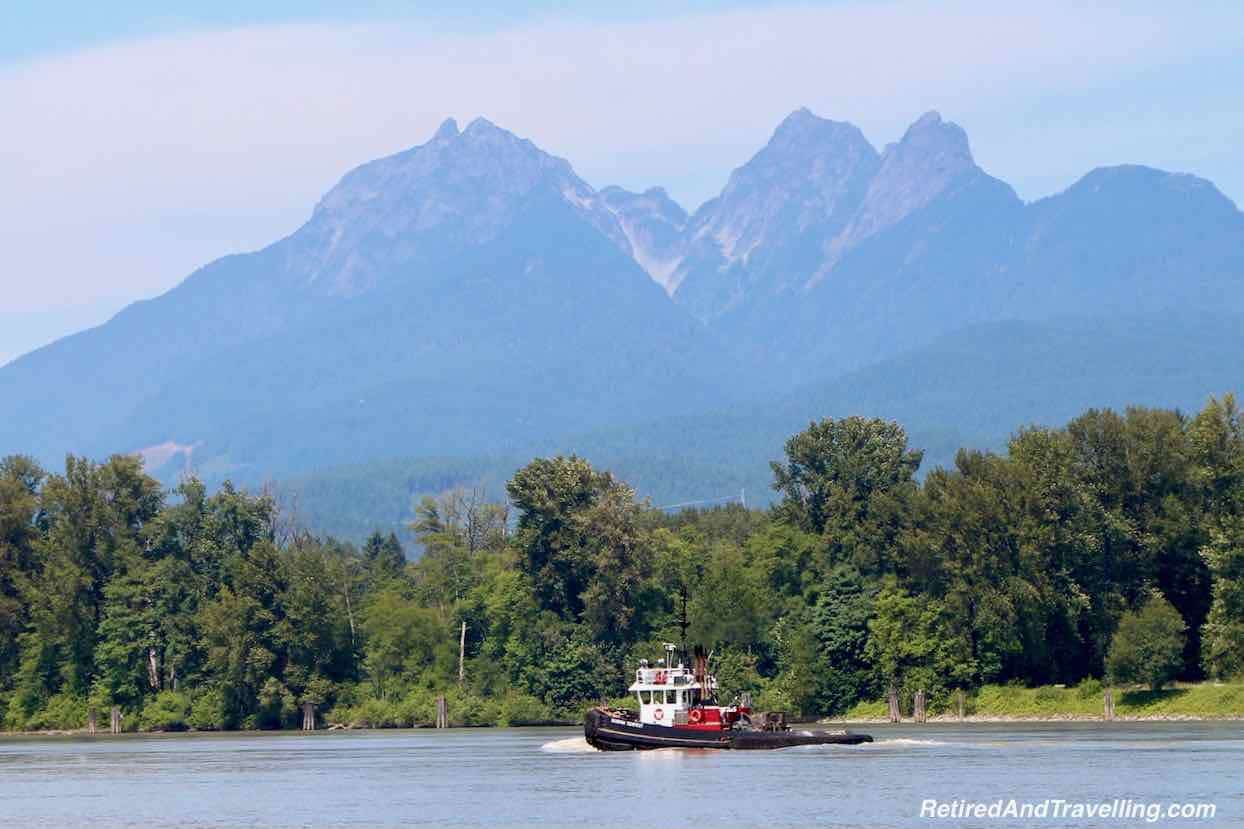 The town of Fort Langley was a charming little hamlet on the Fraser River with lots of places to stroll and to eat. It was a favourite destination for lunch if you wanted a drive in the country. We wandered around the small stores and sampled all that the bountiful Fraser Valley had to offer. When fall rolled around and we were still in Vancouver, a drive to Fort Langley was a great way to catch the fall colours. 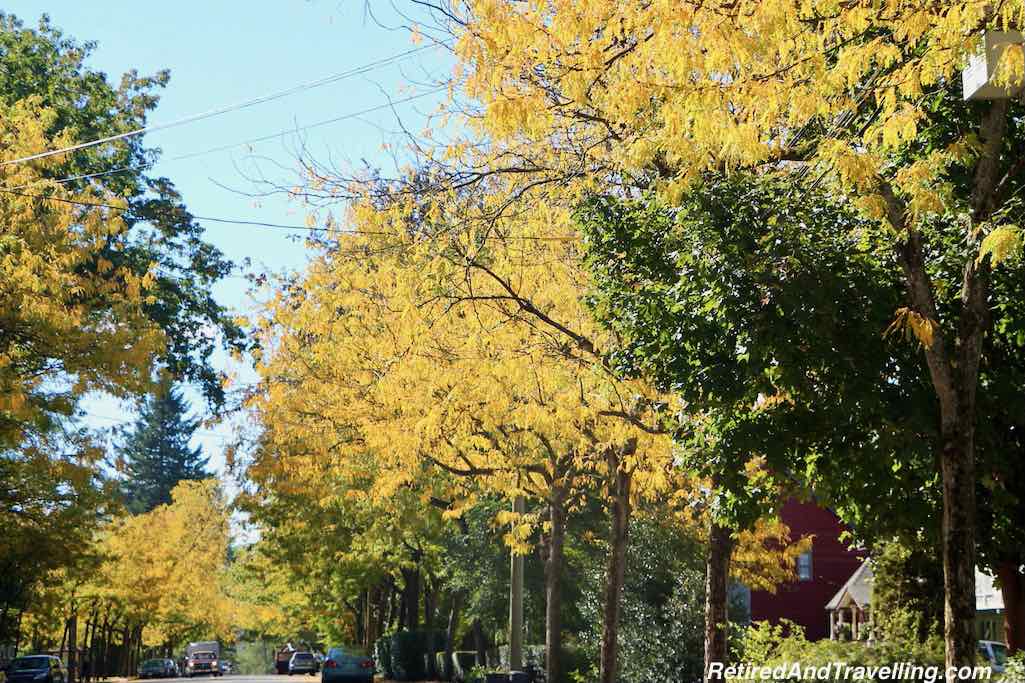 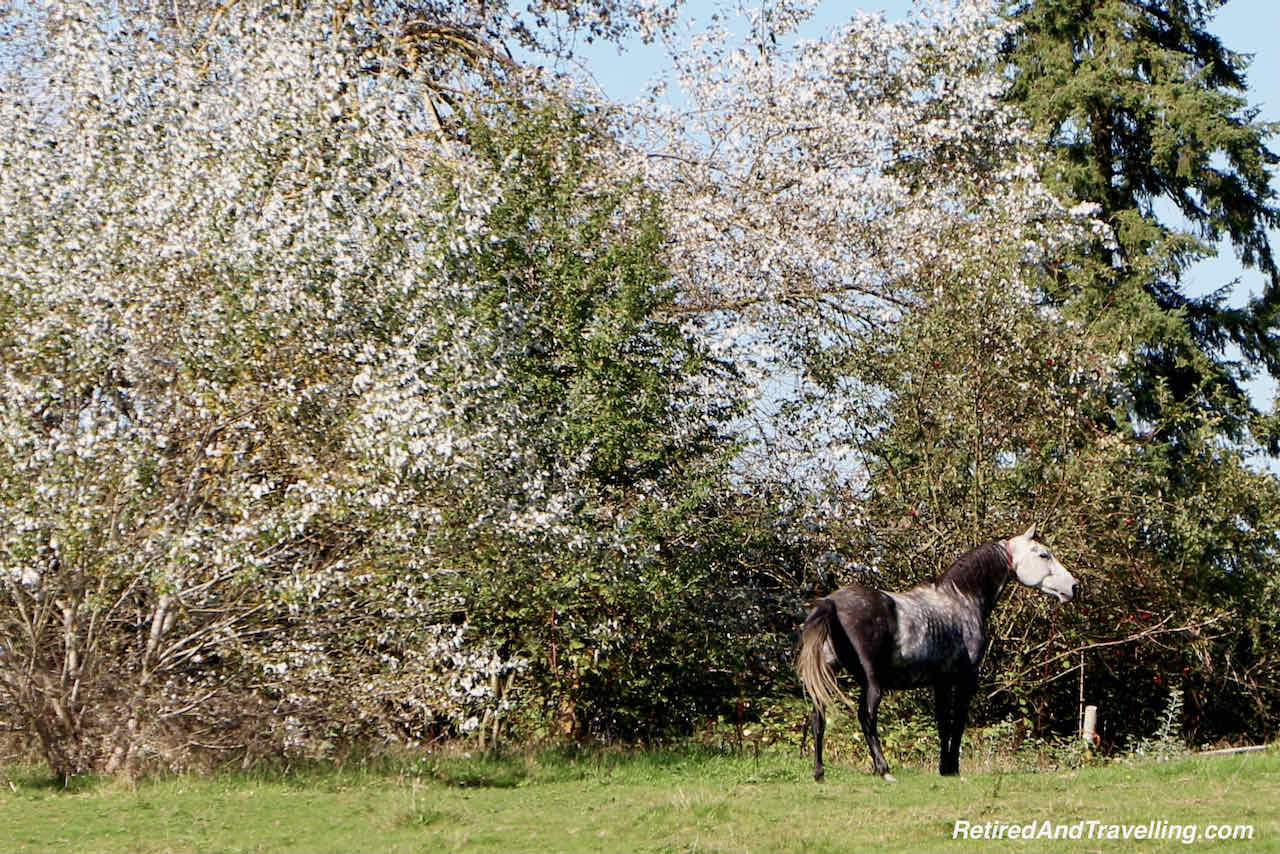 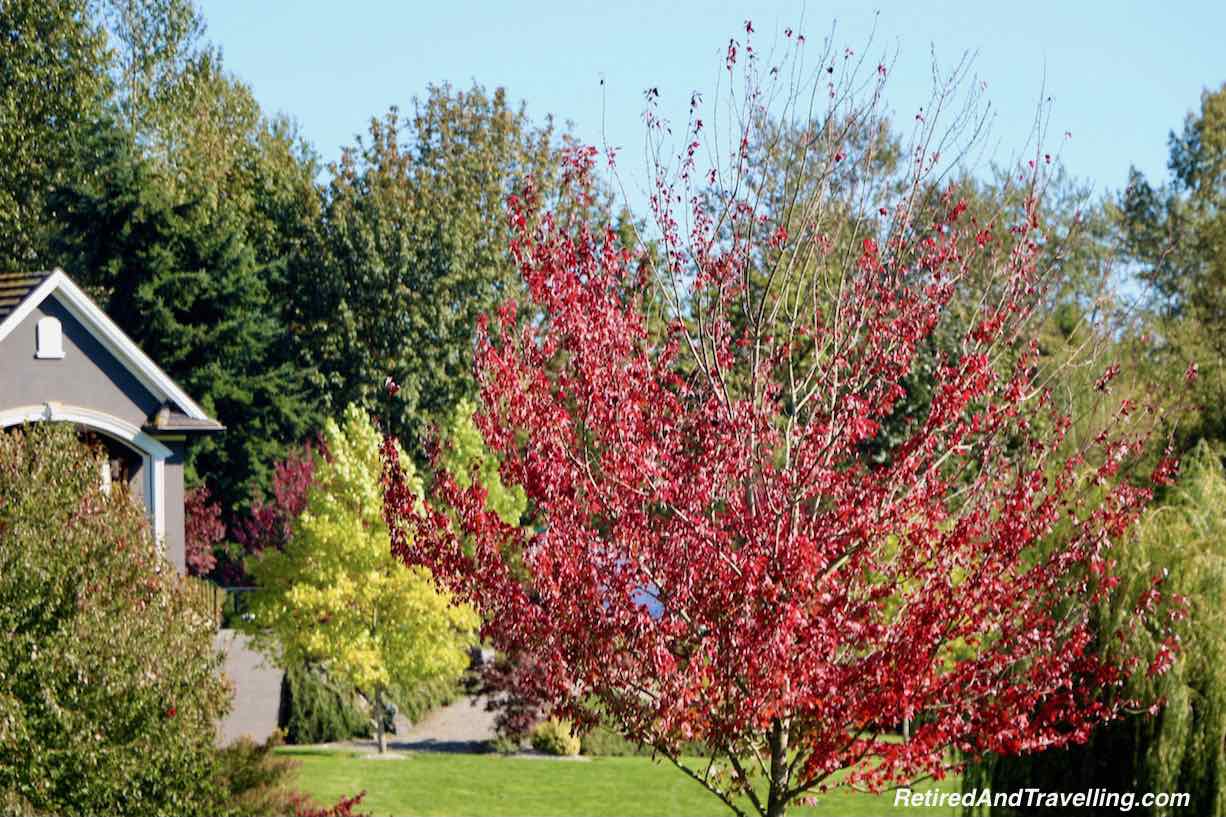 When we wandered around the Langley area in the summer harvest we filled our shopping basket with fresh produce. We got berries when they were freshly picked from the trees. 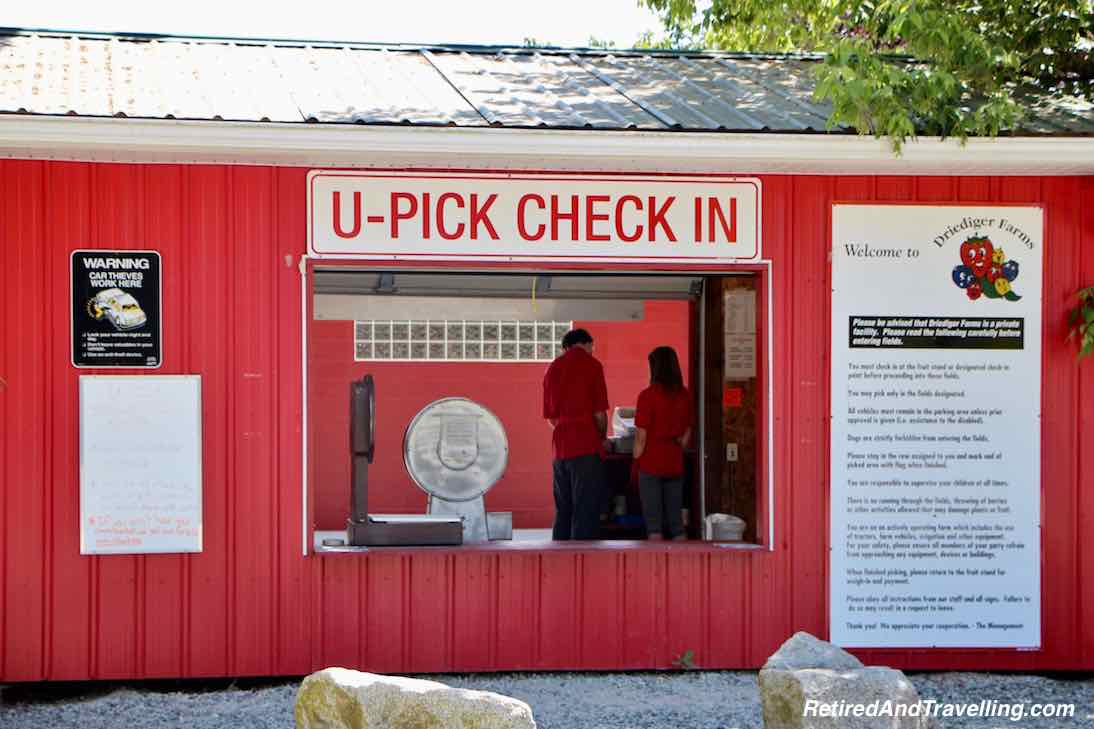 There were large cranberry crops in the valley and we became addicted to the dark chocolate covered cranberries we bought at Cranberries Naturally in Fort Langley. 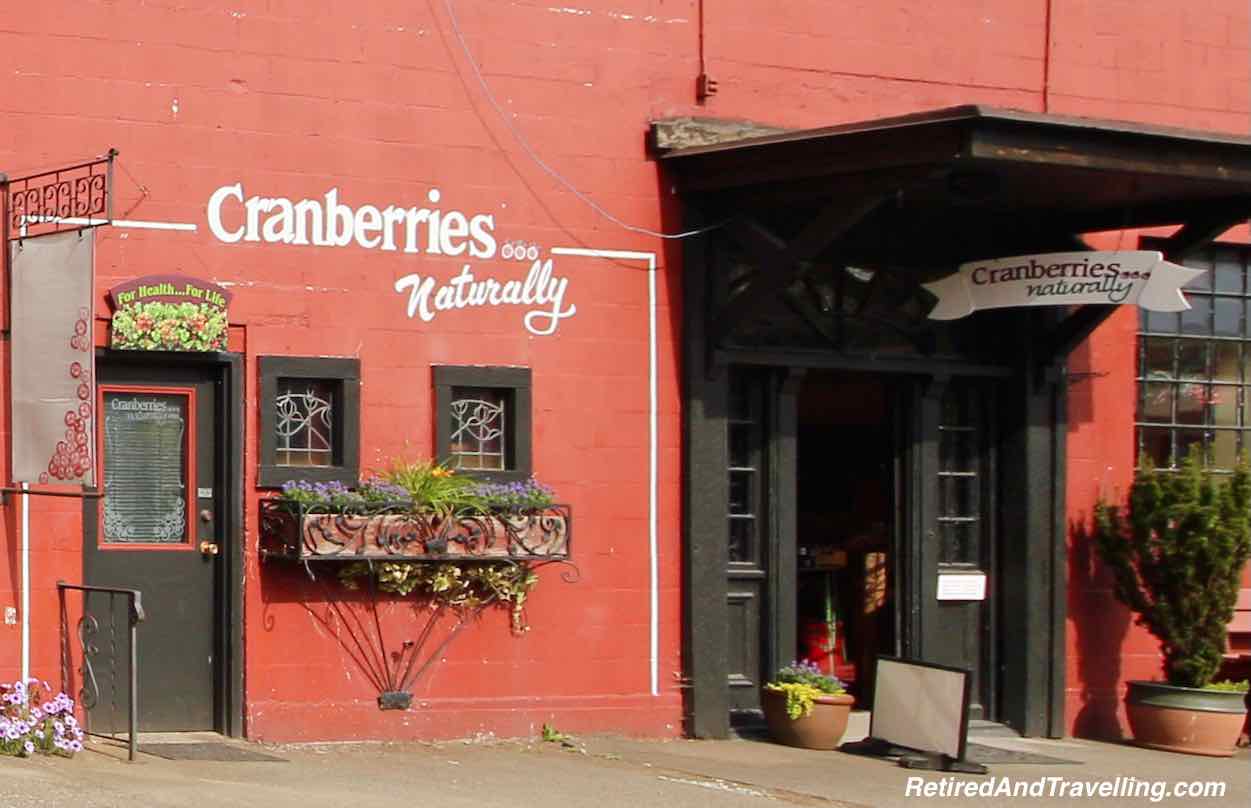 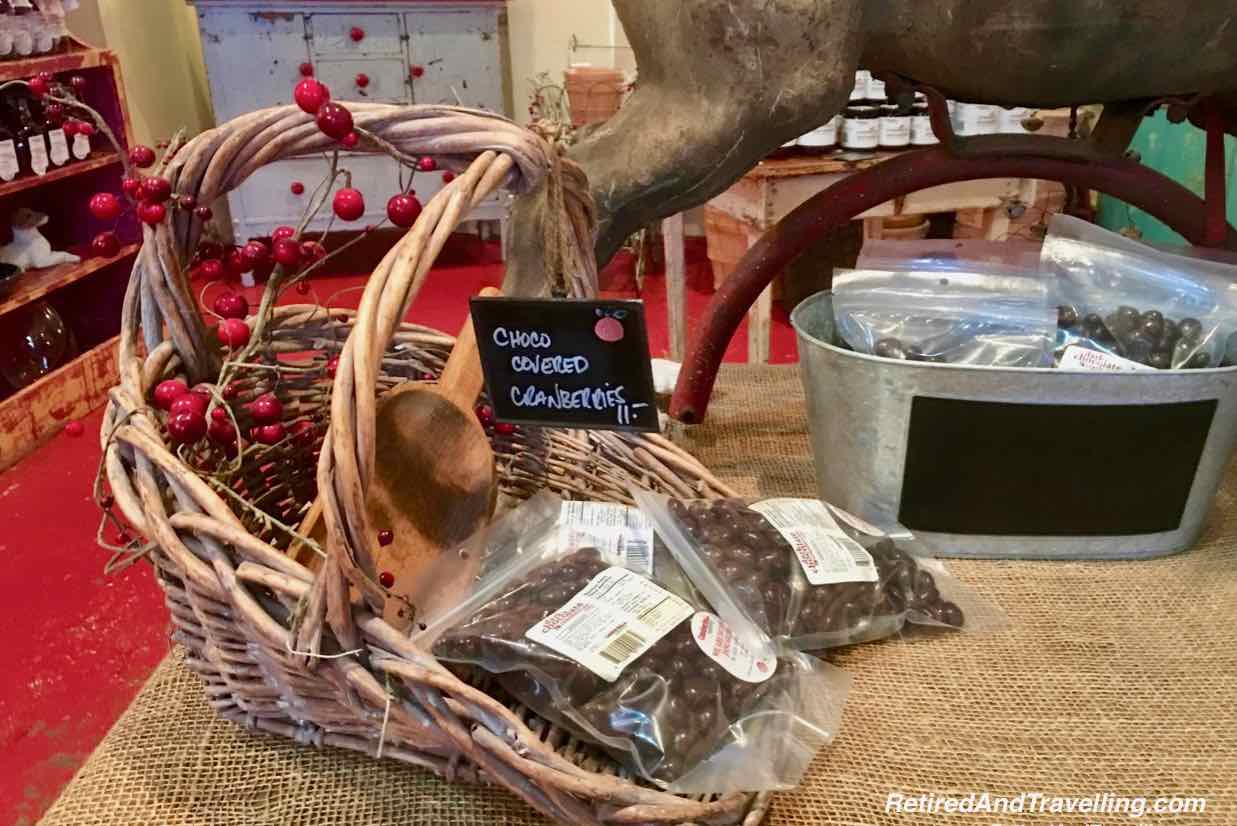 In the fall, we saw fields of pumpkins pushing up. It was never hard to find fresh food in the bountiful Fraser Valley. 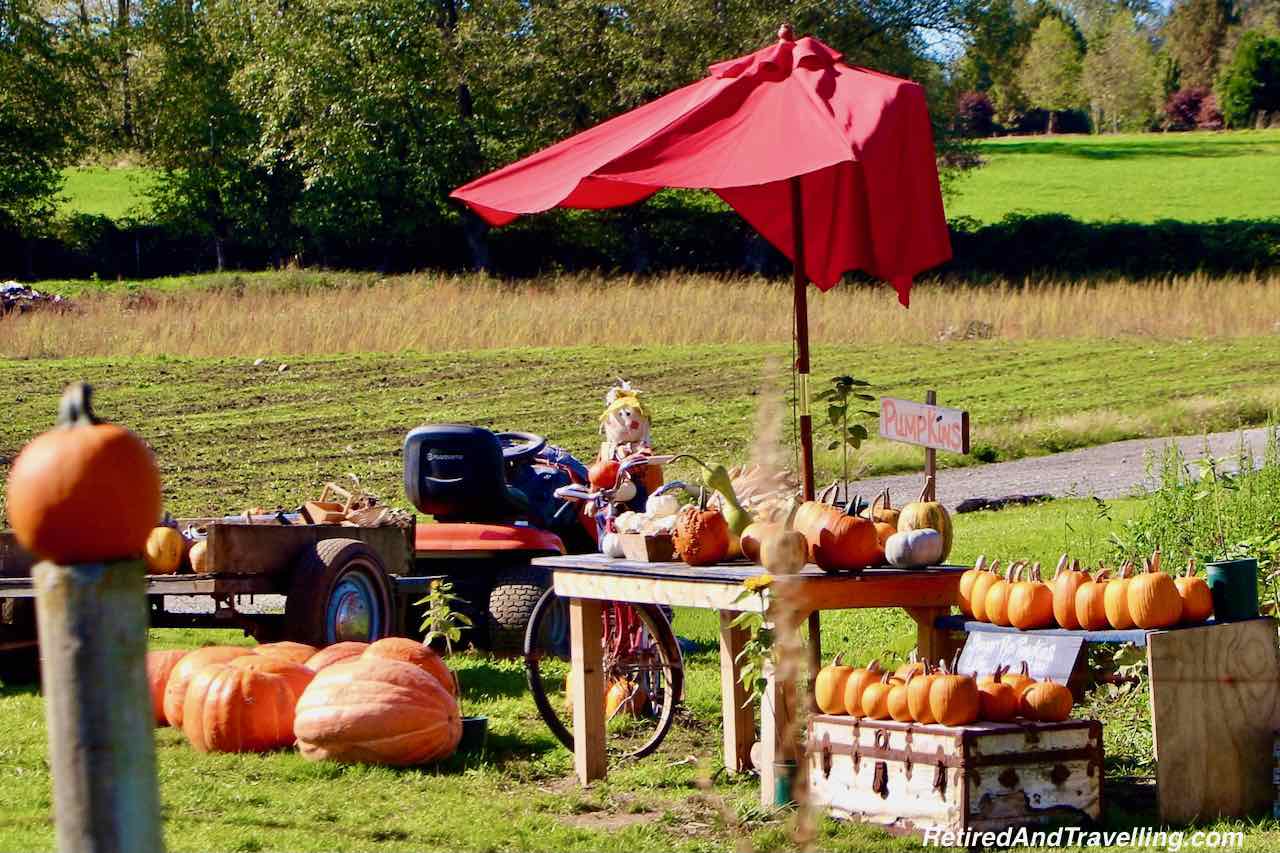 Wine In The Fraser Valley

The Fraser Valley was known for its local wine. Several times we followed the wine signs and toured a winery. At the Chaberton Estate Winery, we found the most perfect rosé wine Valley Pink. 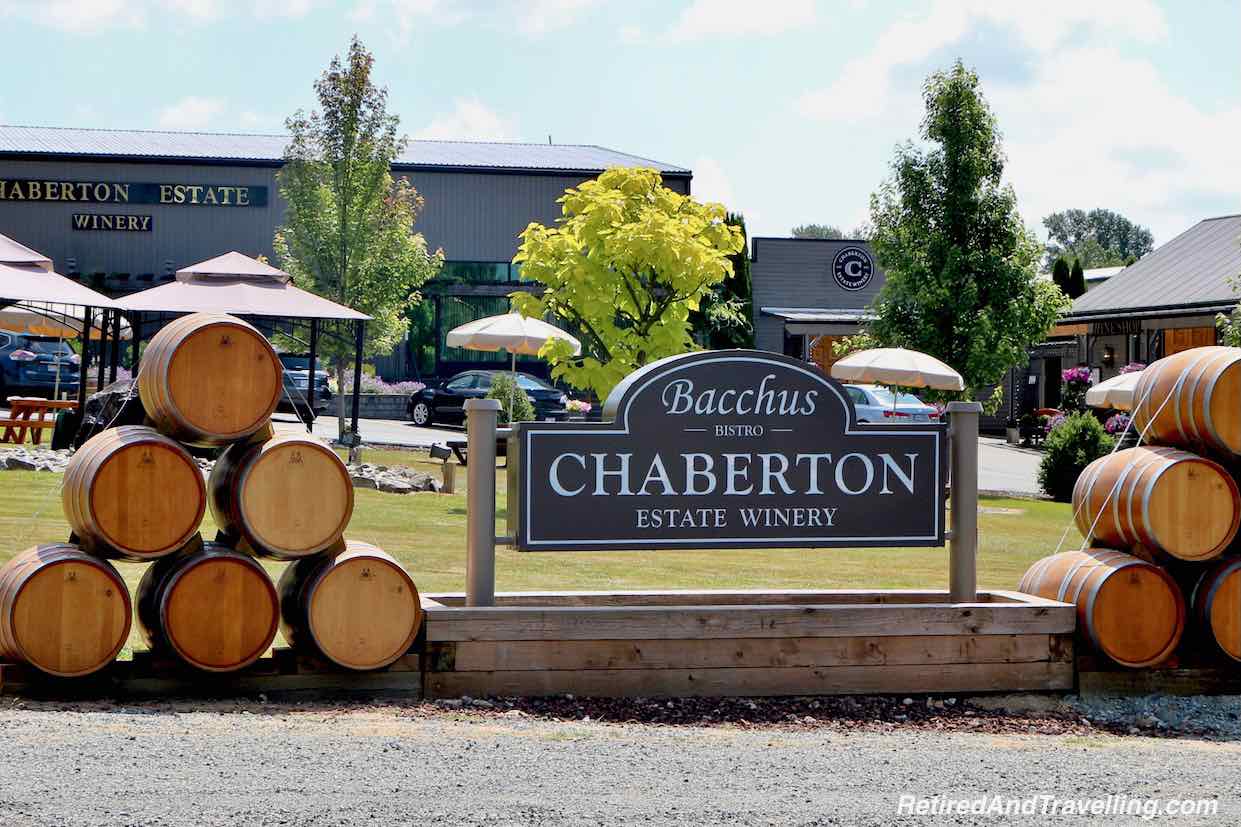 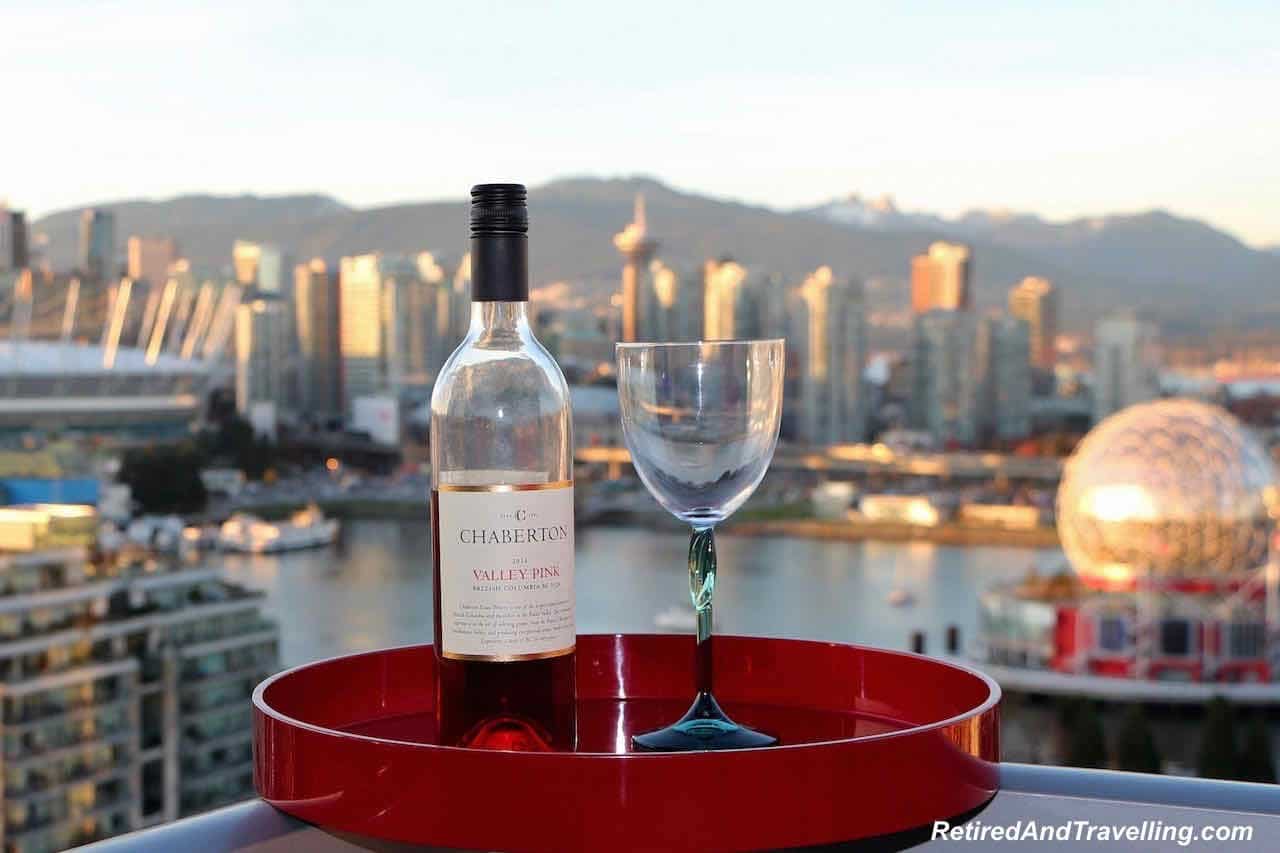 Many might turn their nose up thinking rosé was the sweet Zinfandel wine that California was known for. But on our visit to Italy the previous year we were introduced to great rosé wines that were a beautiful mixture of what is great about both white and red wines. I become a convert and I always looked for local options.

We bought a few bottles of the rose wine.  But when we returned later in our trip to replenish the wine rack, the winery was all out of this vintage. They tried to get us to buy something else.  But I was adamant about my choice.  They called around to the shops that carried their wine and found us 10 bottles in a small Missions Spring store in Mission. Not to be stopped by a 2 hour detour, off we went to scoop up what might be the last of this season’s rose wine.

Tasty Stops In The Fraser Valley

Heading north we once again got a great view of the iconic Mount Baker, sparkling in the distance. We never got tired of that sight as we travelled in the Fraser Valley. 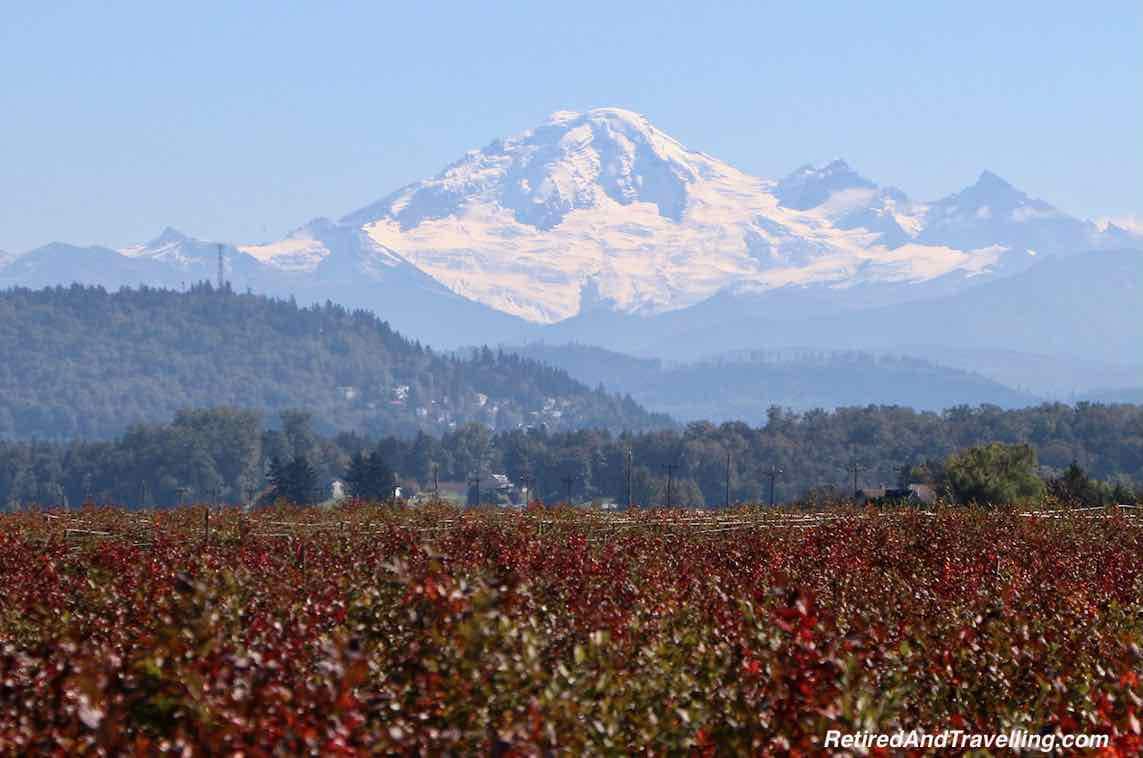 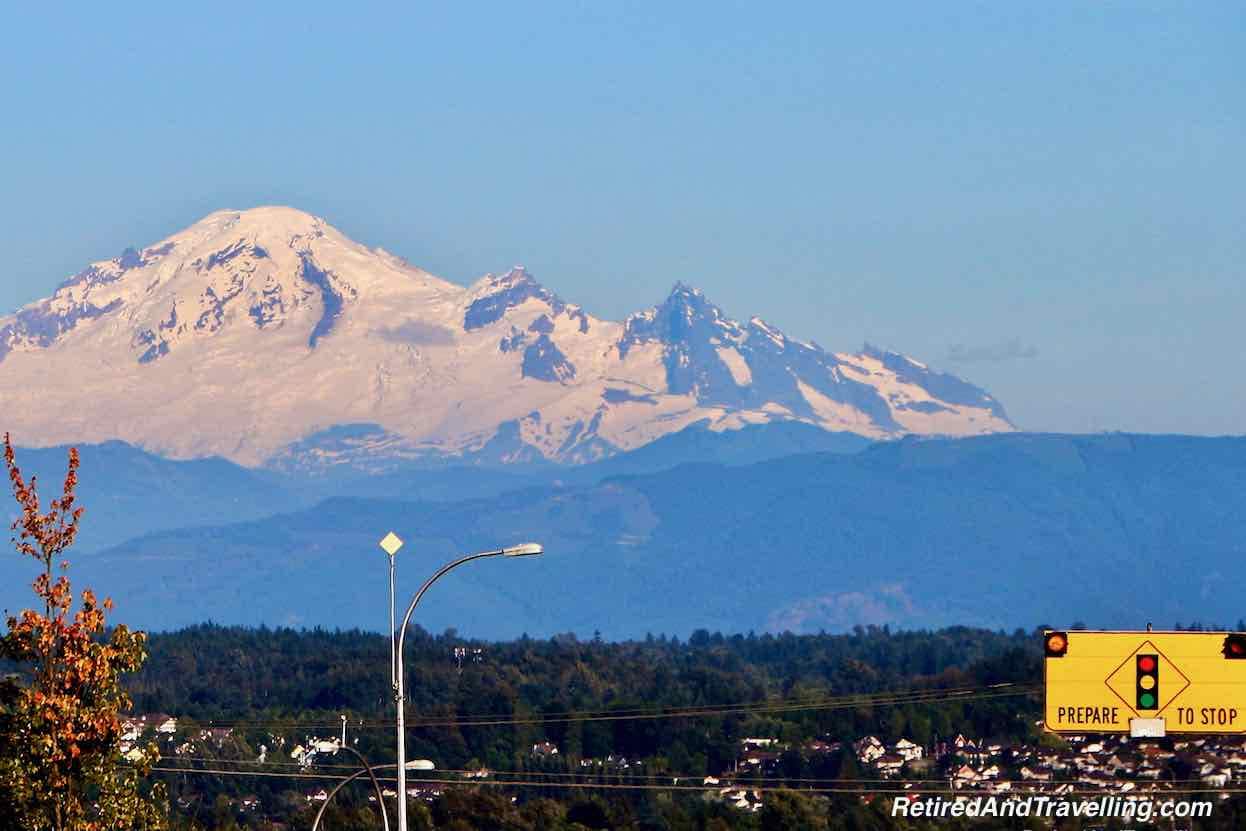 David was not a big wine drinker.  But he found BC was a craft beer paradise!  He made sure he ordered a flight of beer to sample many different kinds of beers. Even if you are not a beer drinker, I am sure you will find one that you will like! Especially in the summer when the fruity beers were fresh.

We spent many hours touring the side roads in the Fraser Valley, poking our heads into small stores and stopping to eat. We went back a couple of time to the Ignite Cafe for the best grilled cheese sandwich we ever had coupled with a decadent peanut butter chocolate dessert. 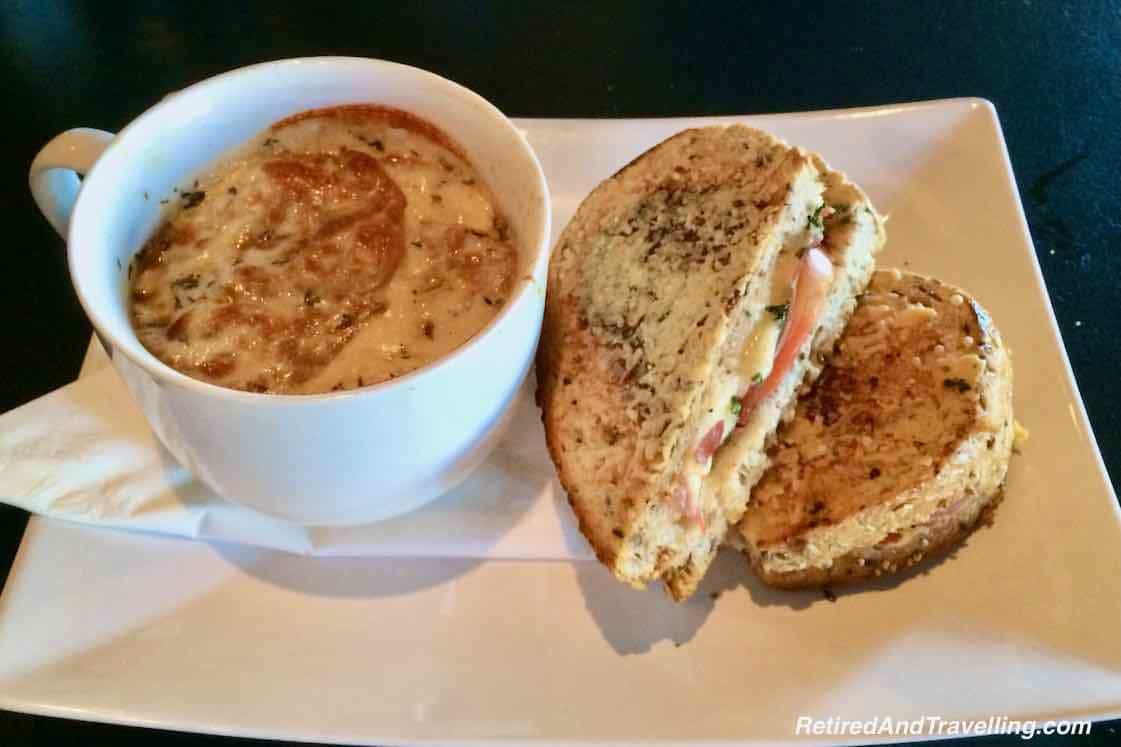 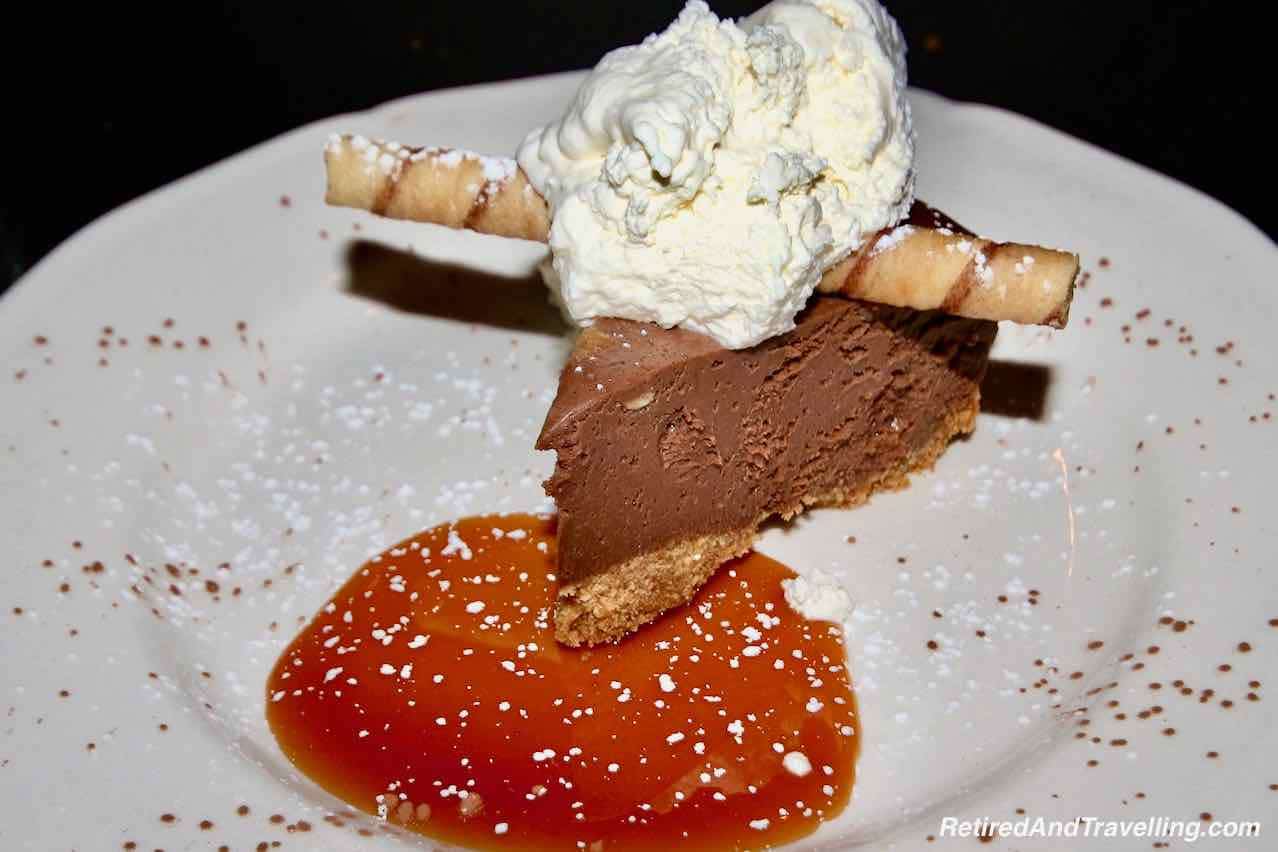 Other Places To Visit From The Fraser Valley

When we wanted a longer trip in the fall, we headed out to the Harrison area.  The salmon were spawning and the eagles were drawn back to their nests.  We relaxed in the Harrison Hot Springs or even kept an eye peeled for a Sasquatch! 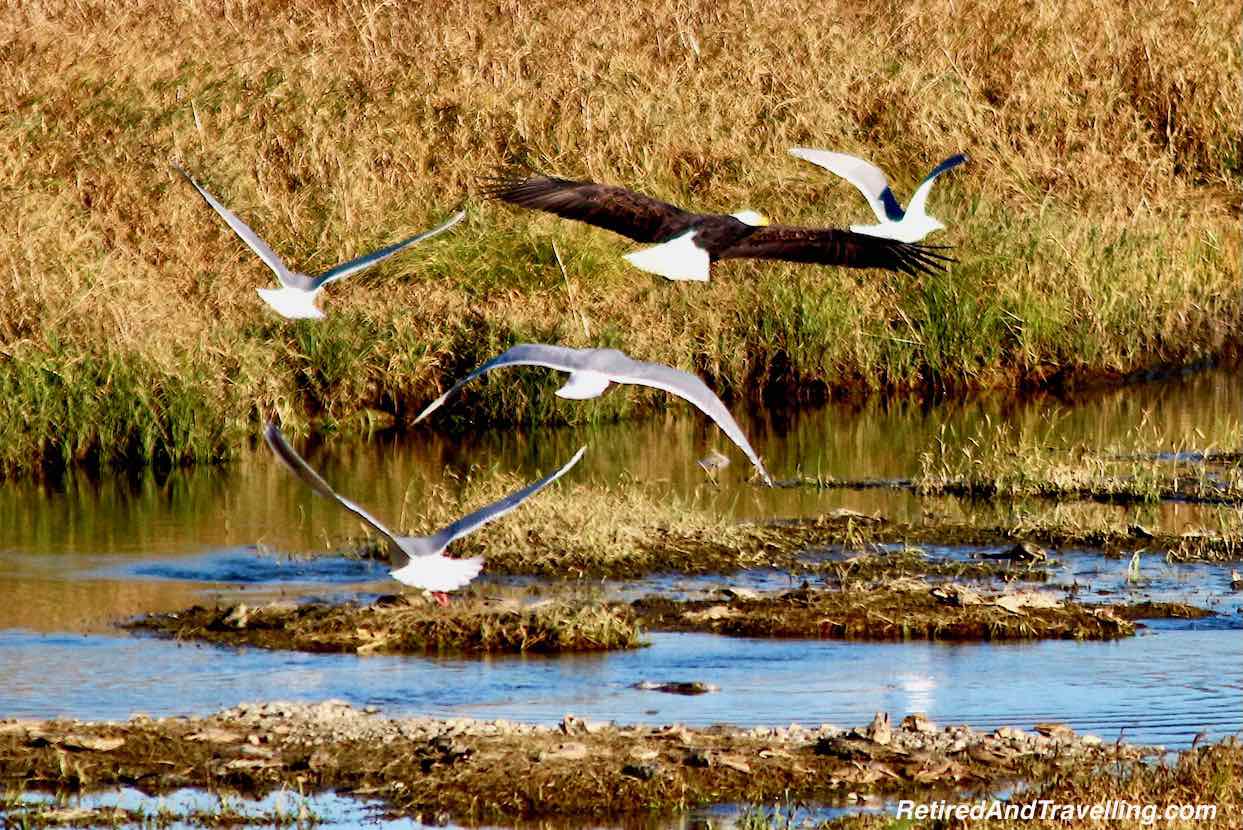 We never made it to the Vancouver Zoo located out in the Langley region. If you visit with children you should stop at the zoo or maybe one of the other farms in the valley.

We Explored On Our Stay In The Bountiful Fraser Valley

After a week in Langley, rooms opened up in Vancouver and we headed back into Vancouver city to stay.

But our taste test of the Fraser Valley opened up a whole new area for us. It was a short drive from Vancouver and worth a day trip.  On a return visit, we explored the many options for wine, cider and beer tastings!

Have you visited the bountiful Fraser Valley? What else should be visit on our next trip? 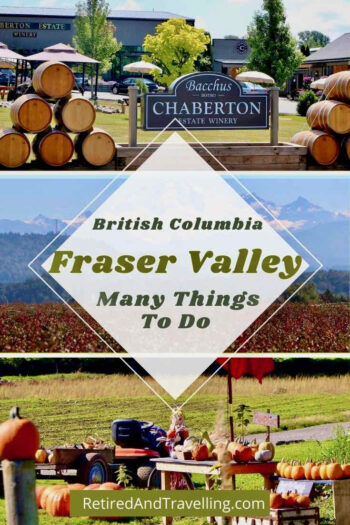 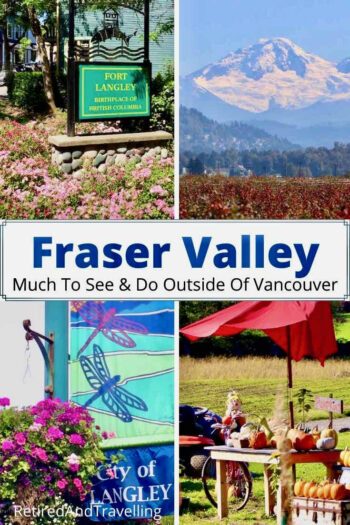