Another High Tower On Our Travels

We like to head high for a panoramic view when we visit a new town. In Hong Kong, we enjoyed the views from the Victoria Peak. When we visited Prague, we made sure to visit the Petrin Tower. It was called their mini Eiffel Tower by locals. When we got to Tokyo for a week, we saw yet another tower that resembled the Eiffel Tower in Paris. On a bright sunny day, we got a great panoramic view from the Tokyo Tower.

We walked from our hotel and very quickly got our first view of the Tokyo Tower off in the distance. As we kept walking, the foreground changed as the tower got bigger. 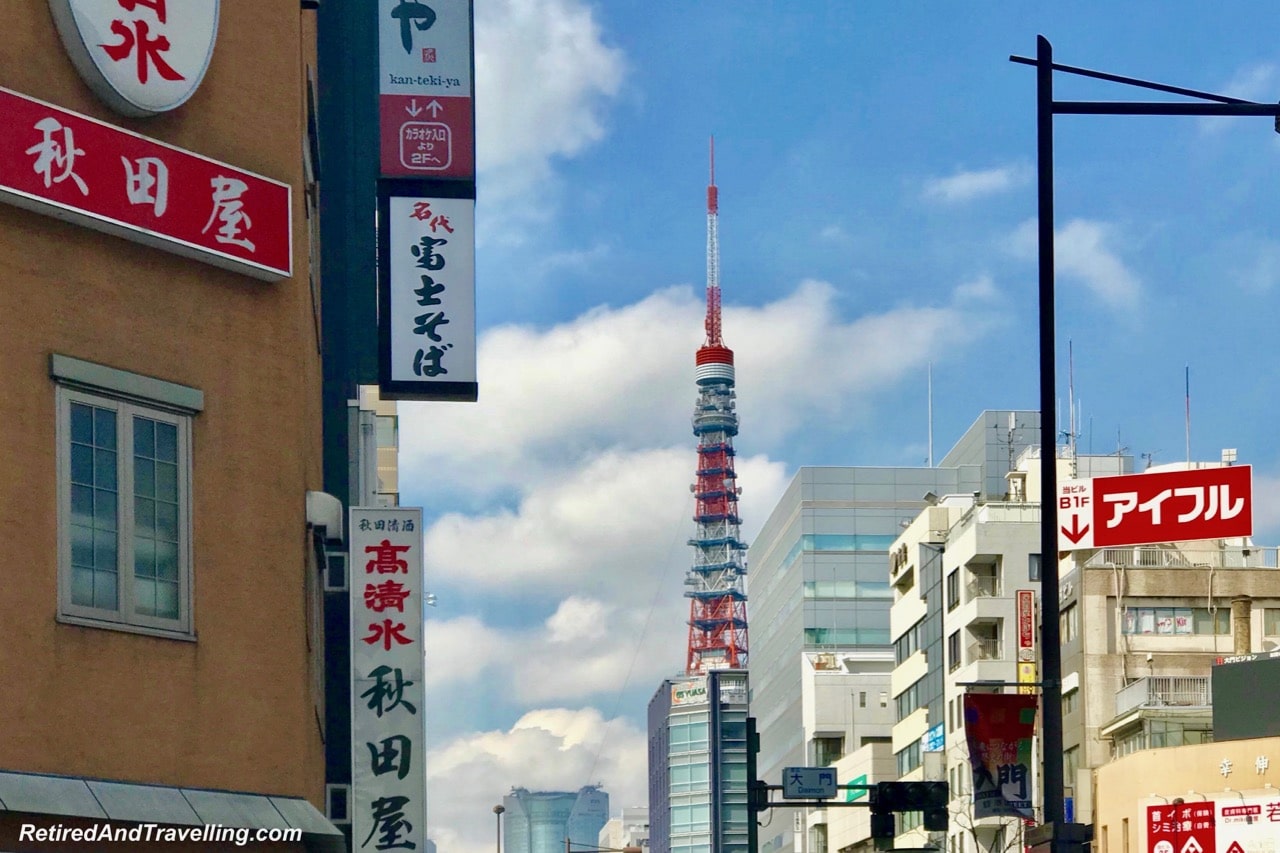 We came to the gates a temple right in front of the tower. We spent some time and walked around the Jodo Buddhist Temple area before we headed for our panoramic view from the Tokyo Tower. 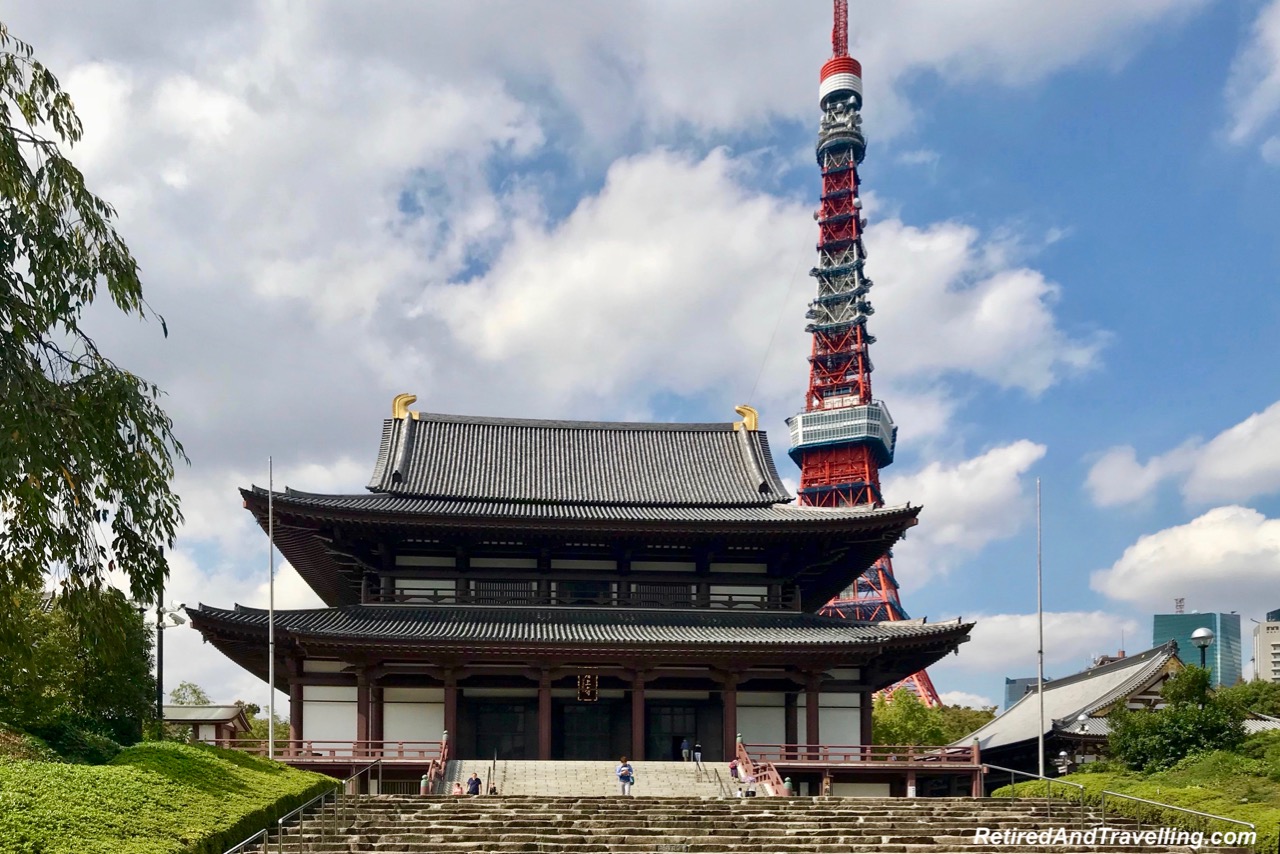 Views From The Ground

We approached the Tokyo Tower and walked around to get perspectives from different sides. The bright orange colour of the tower was set off against the blue sky. The sign in the front noted that this was the 60th anniversary of the tower. 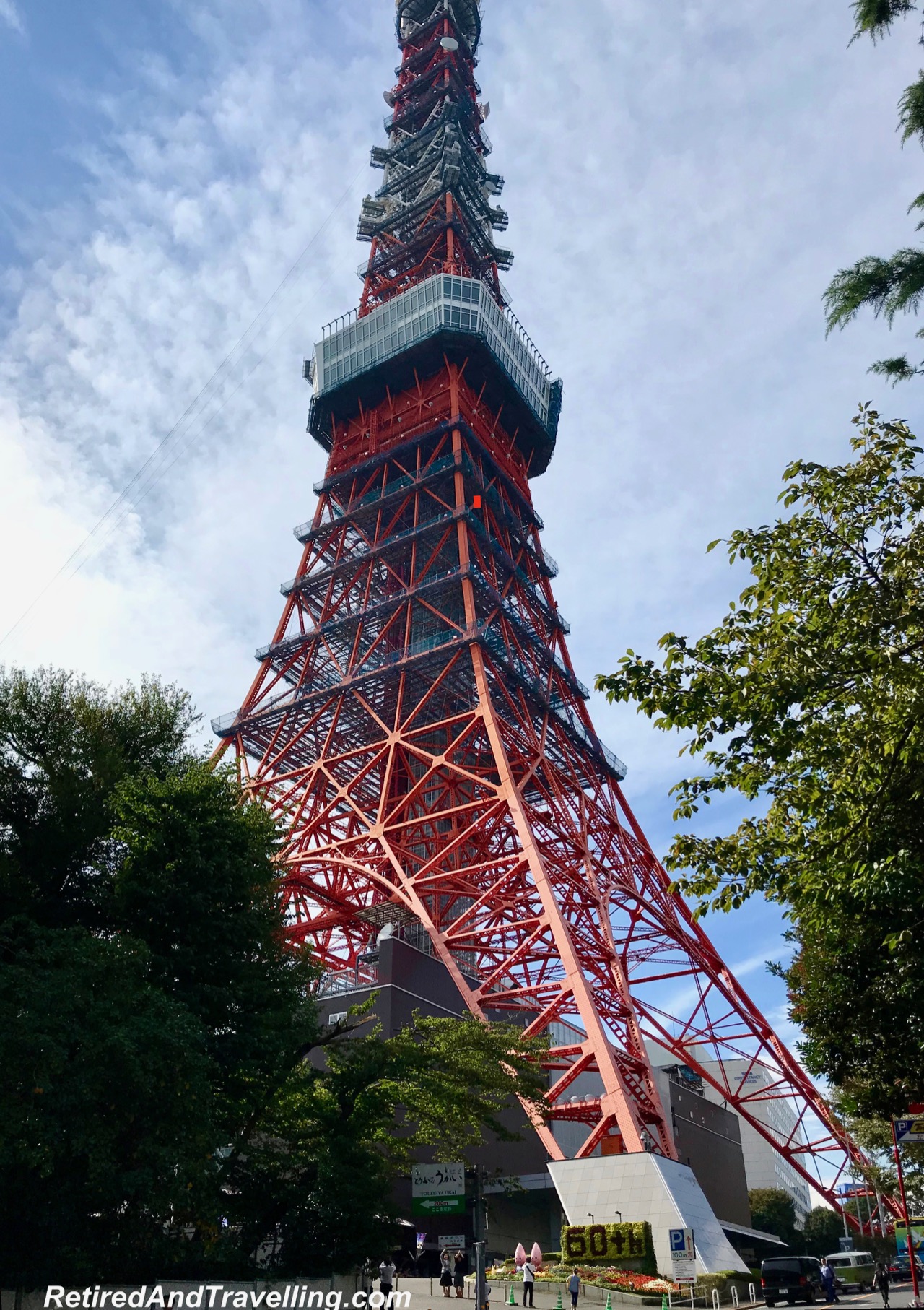 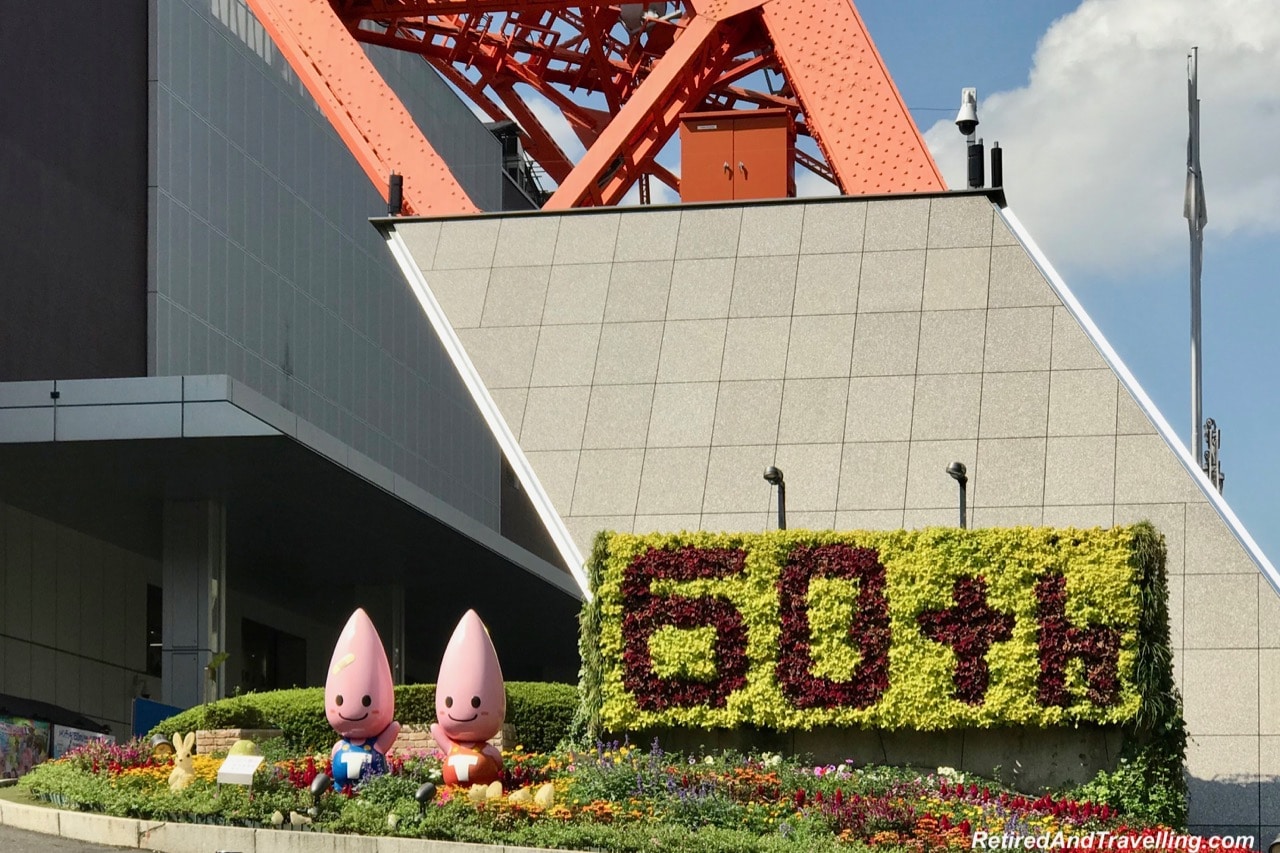 There were two different options to go up for a panoramic view from the Tokyo Tower. The cost to go to the Main Deck was about a third of the price to take the Top Deck Tour (but still only about $33CND). Since it was a sunny and mostly clear day, we decided to go all the way to the top. 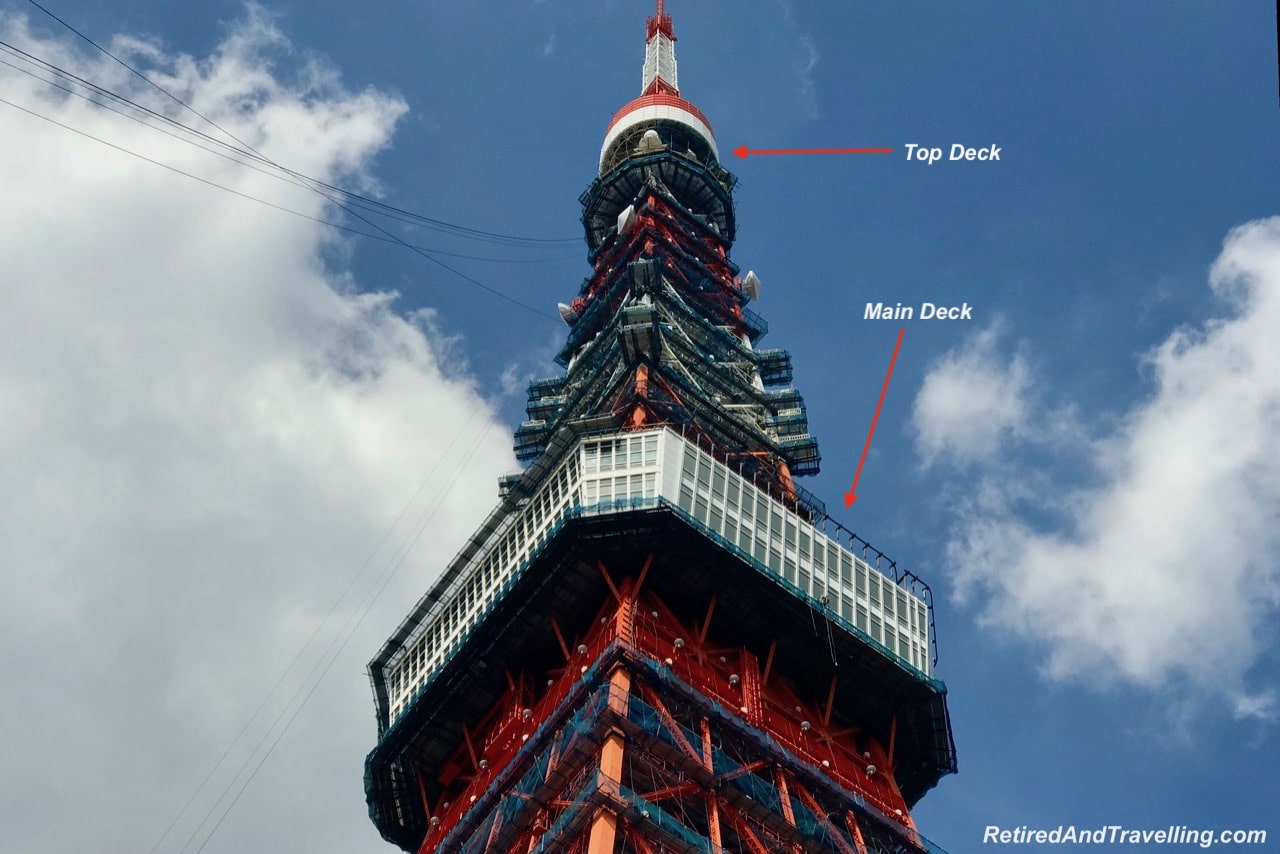 Heading Up For The Top Deck Tour

The Top Deck Tour included an audio guide and a bit of a show to get us to the top. Bright and cheery greeters welcomed us. They showed us the “W” sign to make with our hand for the word “wio” which we were told means “tower” (although we were never able to confirm this with any online source). 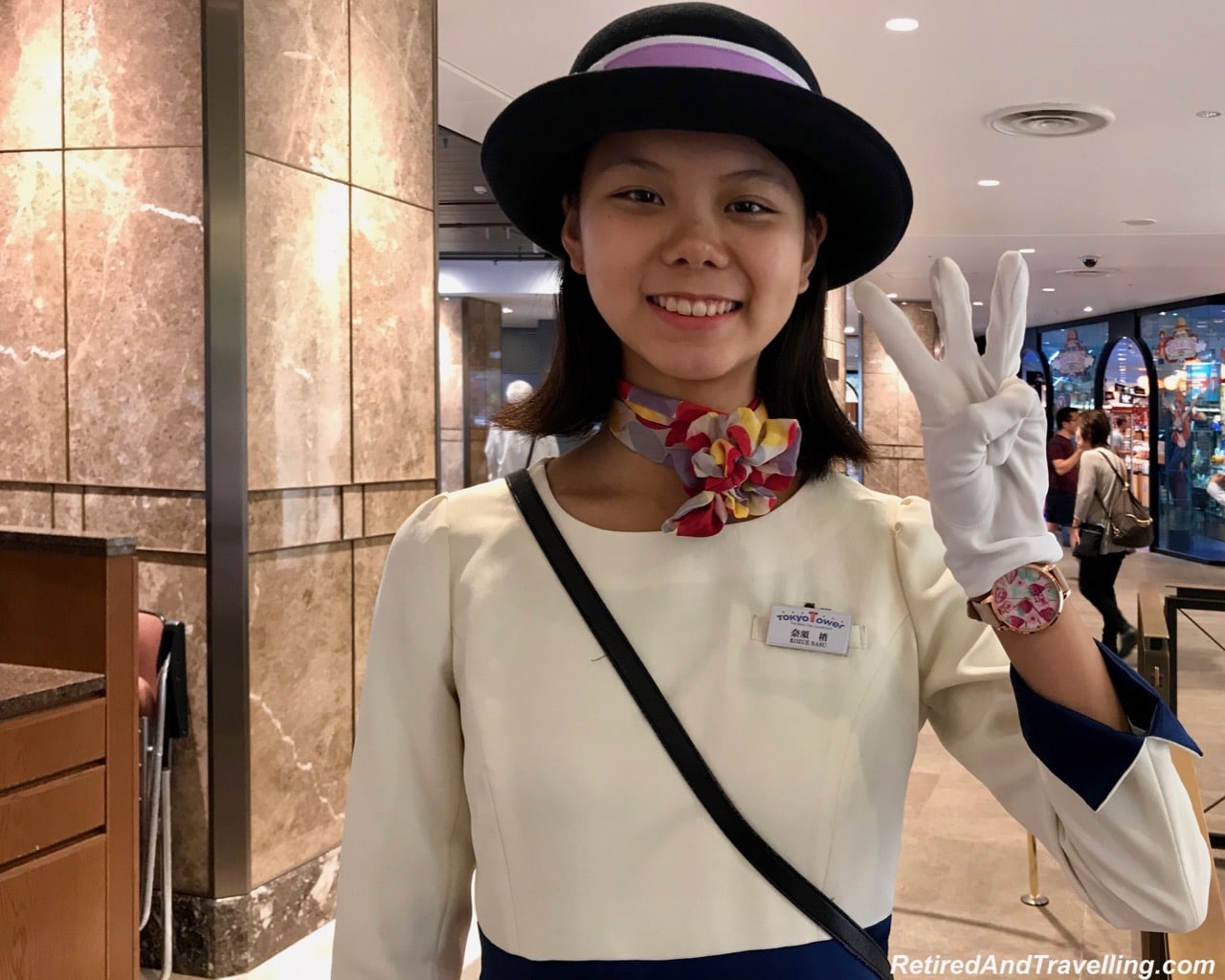 Our audio guide babbled at us as we moved through a series of rooms and levels. We learned a bit about the history of the tower.

When we finally got to the Top Deck for our panoramic view from the Tokyo Tower, we were told that we had reached the VIP (the Very Important Panorama). The audio device could be cued to provide either an audio description or a map view at each quadrant around the tower. 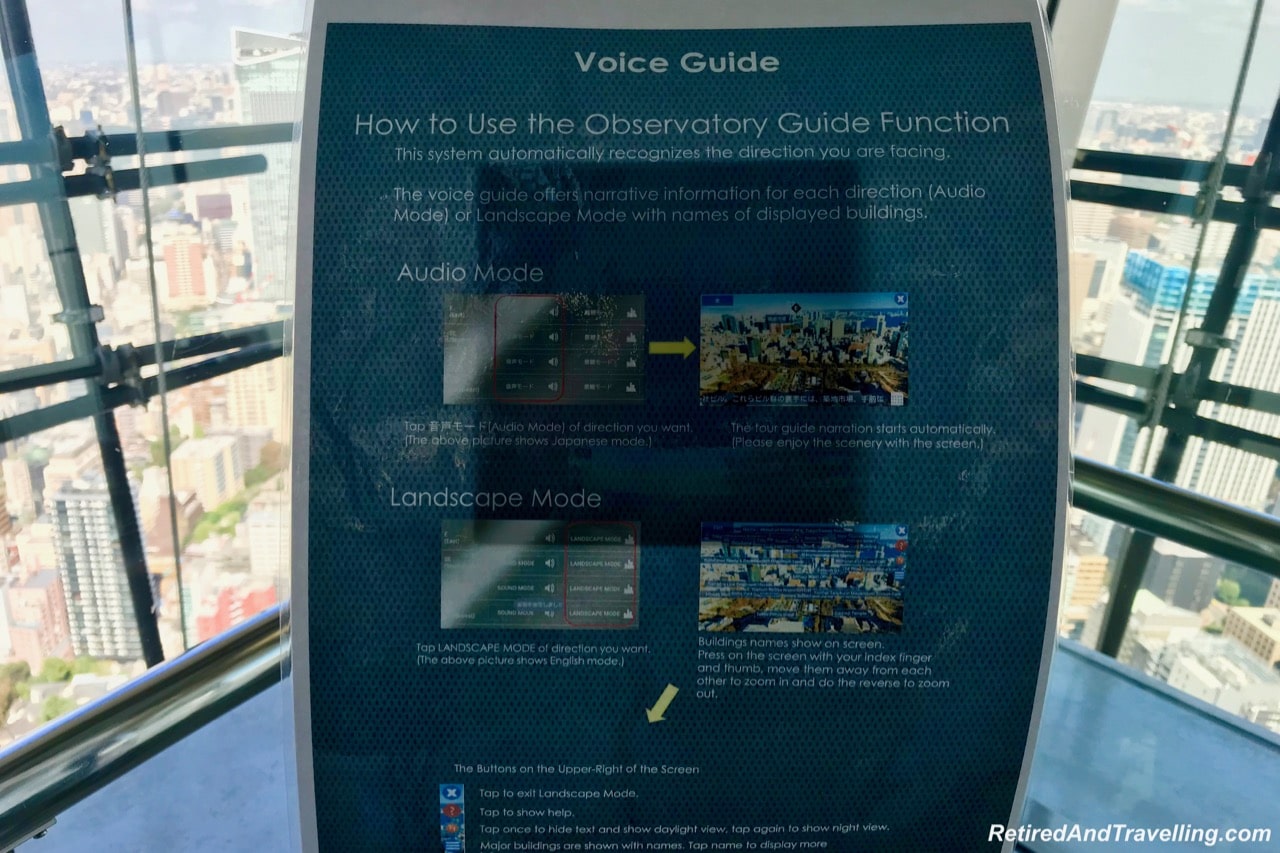 A Panoramic View From The Tokyo Tower

We walked around and got great views from both the Top Deck and the Main Deck. While the Top Deck views were higher and broader, there was maintenance scaffolding all over the top. We had to peek around the scaffolding to get views and take pictures. The vista was much clearer on the lower level.

We looked out towards Tokyo Bay and could see the skyline we got from our hotel room. Towards the city on all sides we got views of the tall towers that dominate Toyko’s skyline. 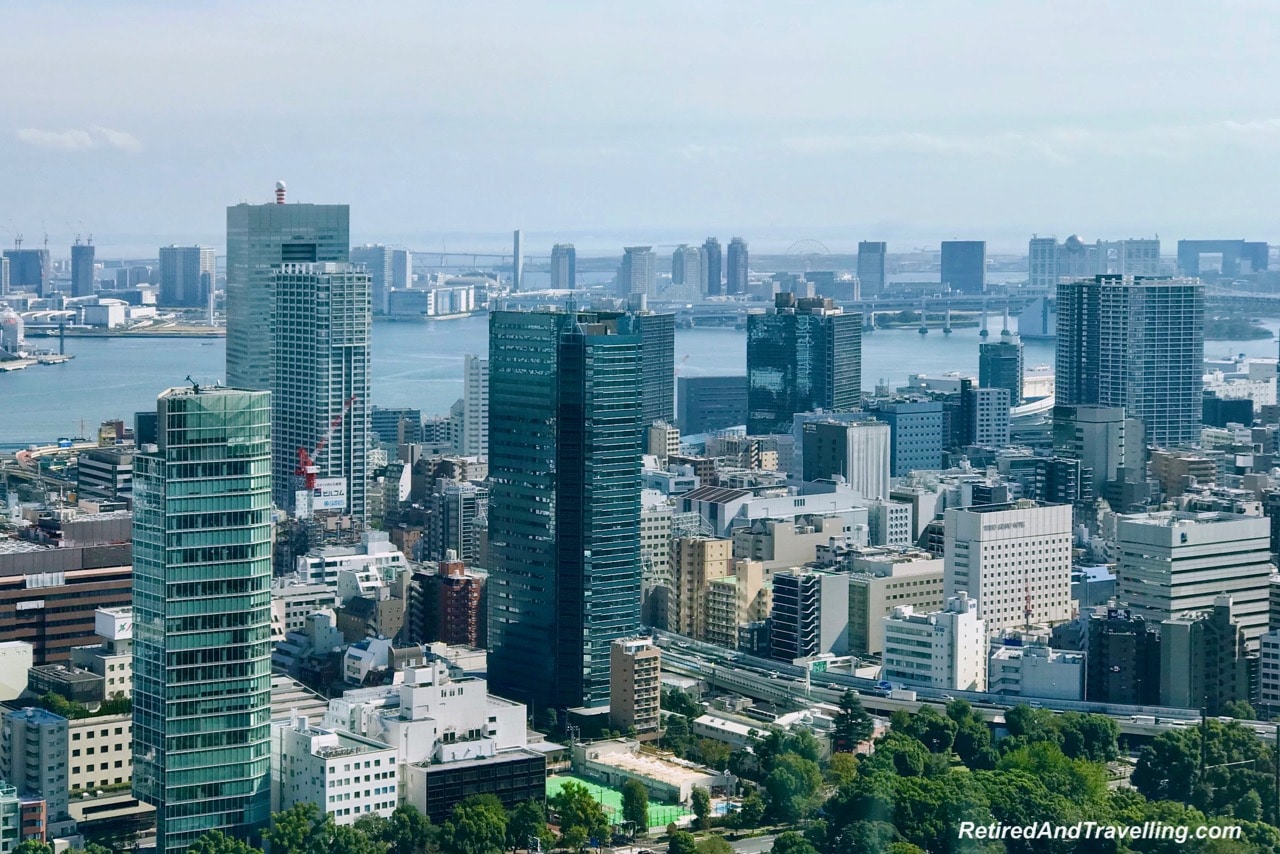 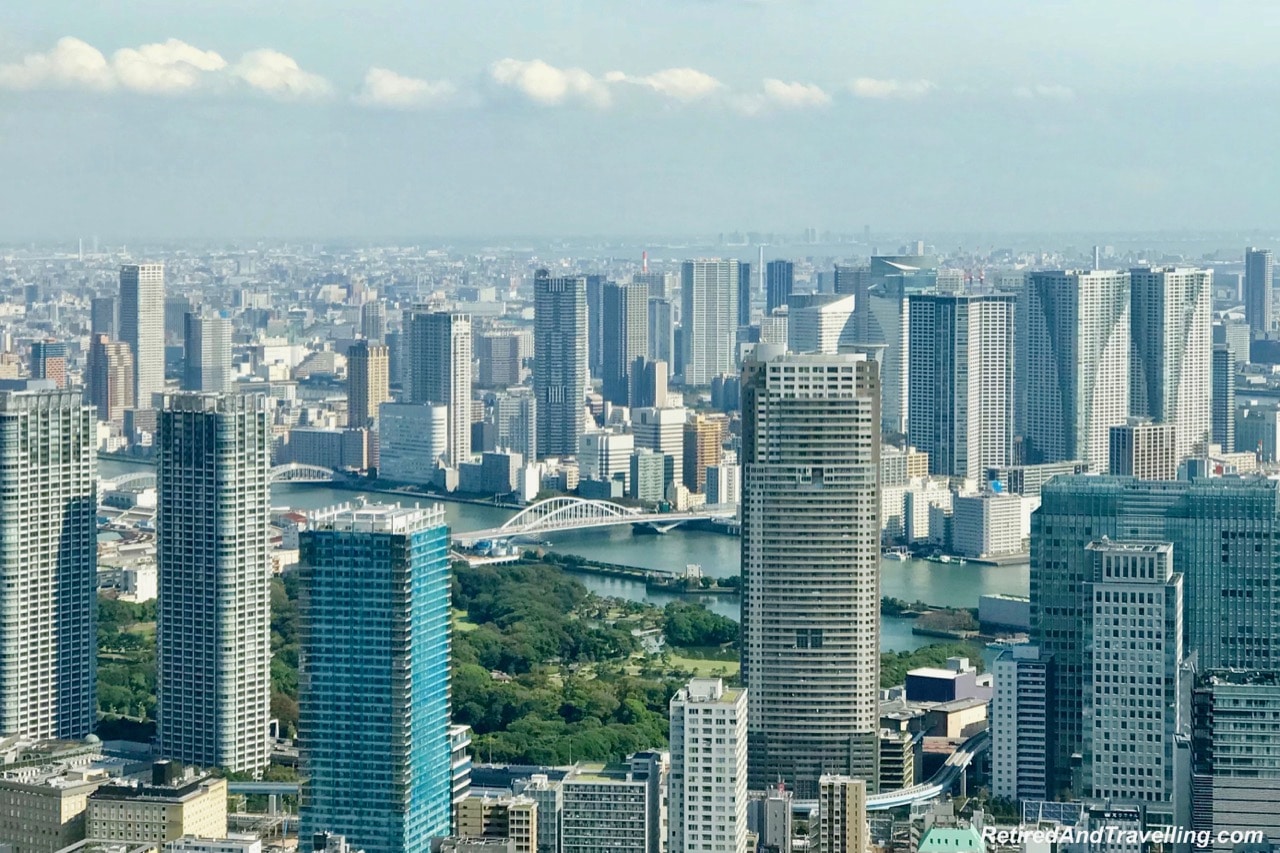 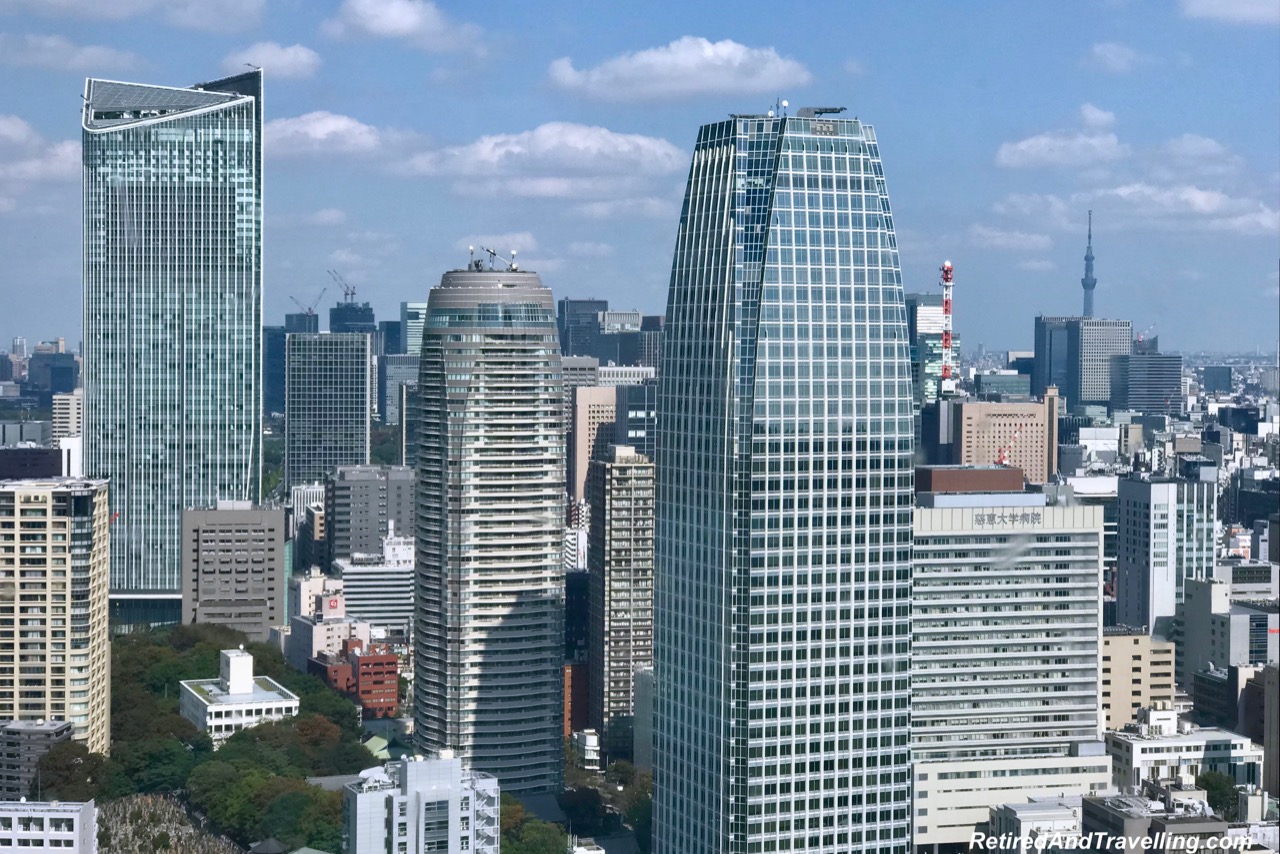 We strained our eyes when we looked west. But no matter how we squinted, we did not see Mt. Fuji off in the distance. It was hazy on the horizon. And we were told that the views were much more stunning in the winter and spring when there was snow at the summit. It was a great thing that we saw Mt. Fuji in all her glory when we visited Shimizu. 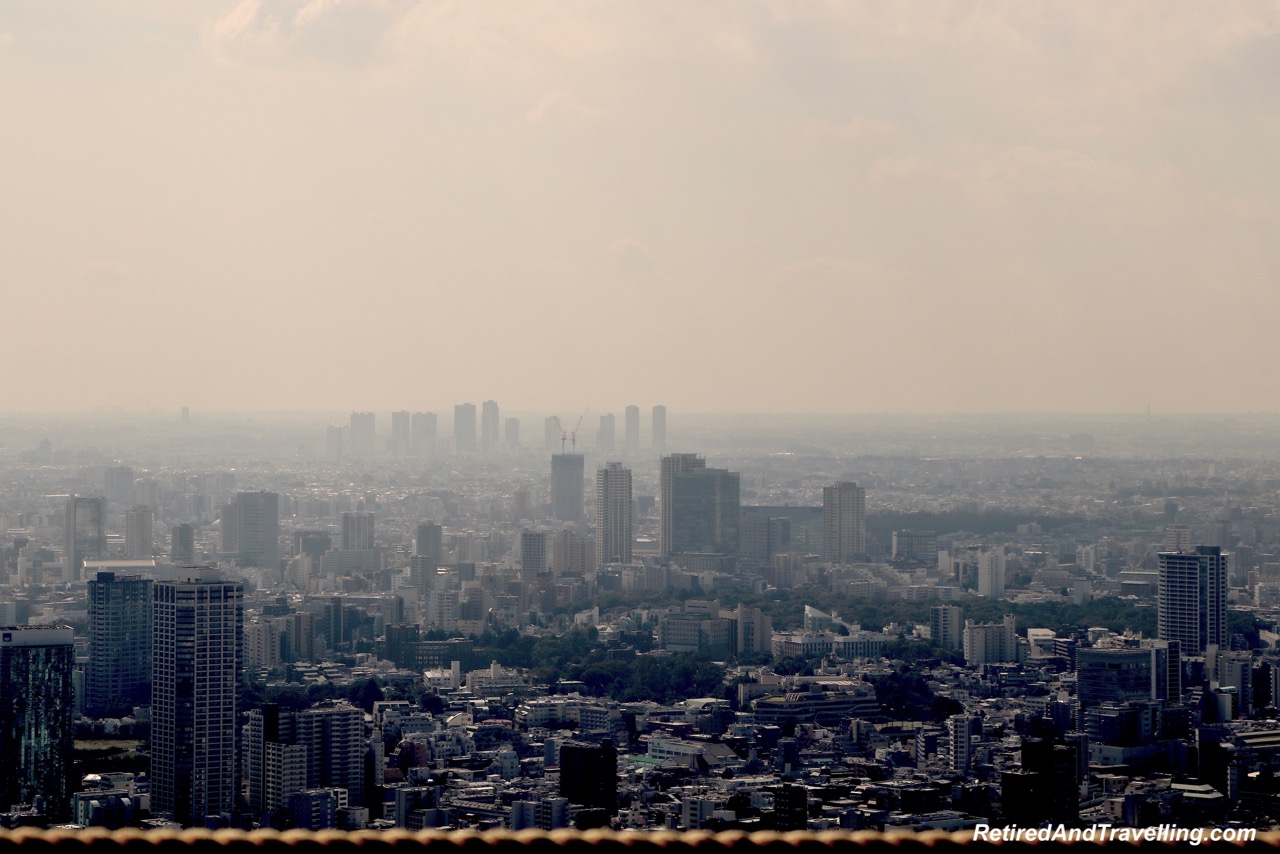 Before we left the upper level, I had to walk on the glass floor. There were two small glass panels. Most people were shying away from them. But of course, I stepped right up. 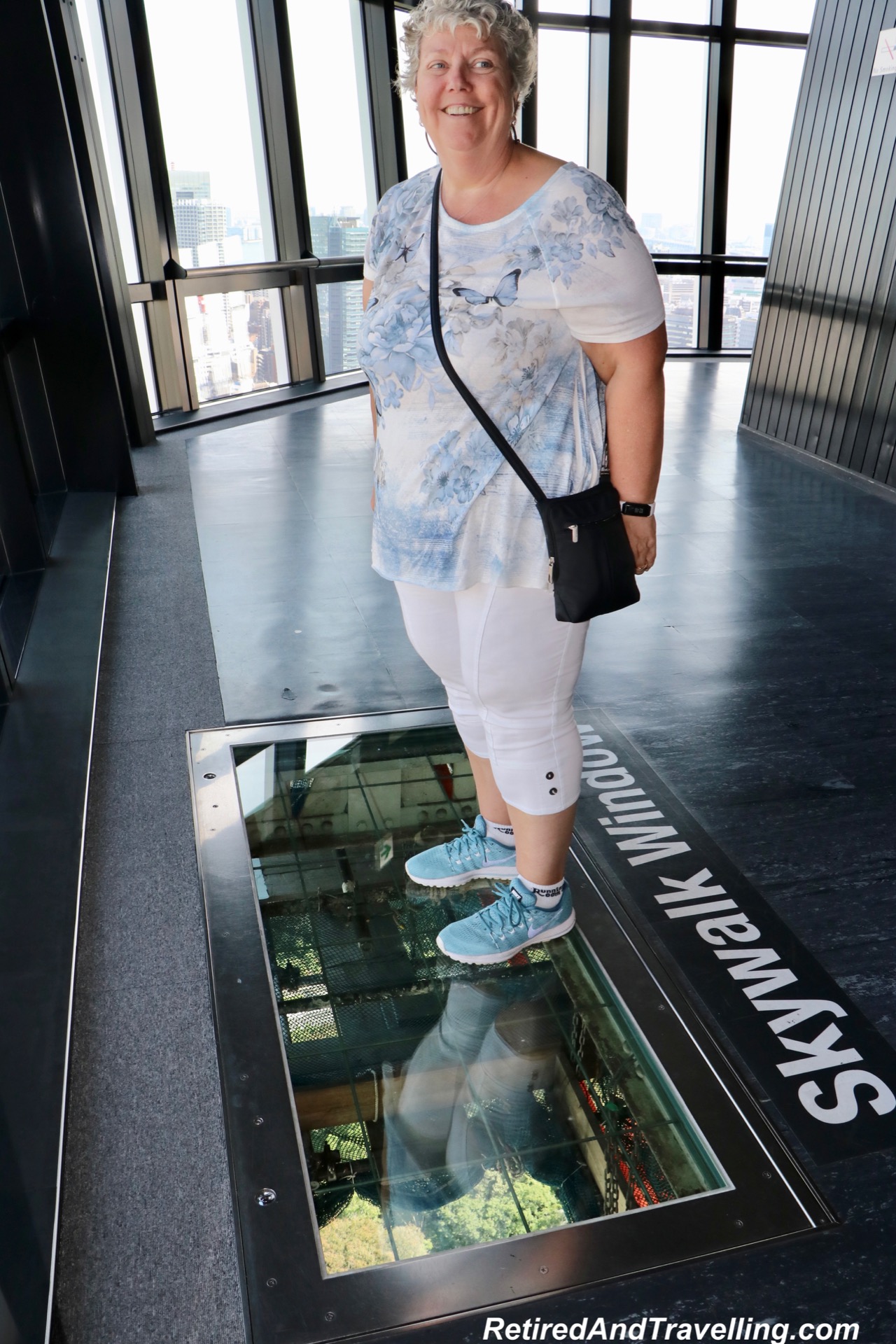 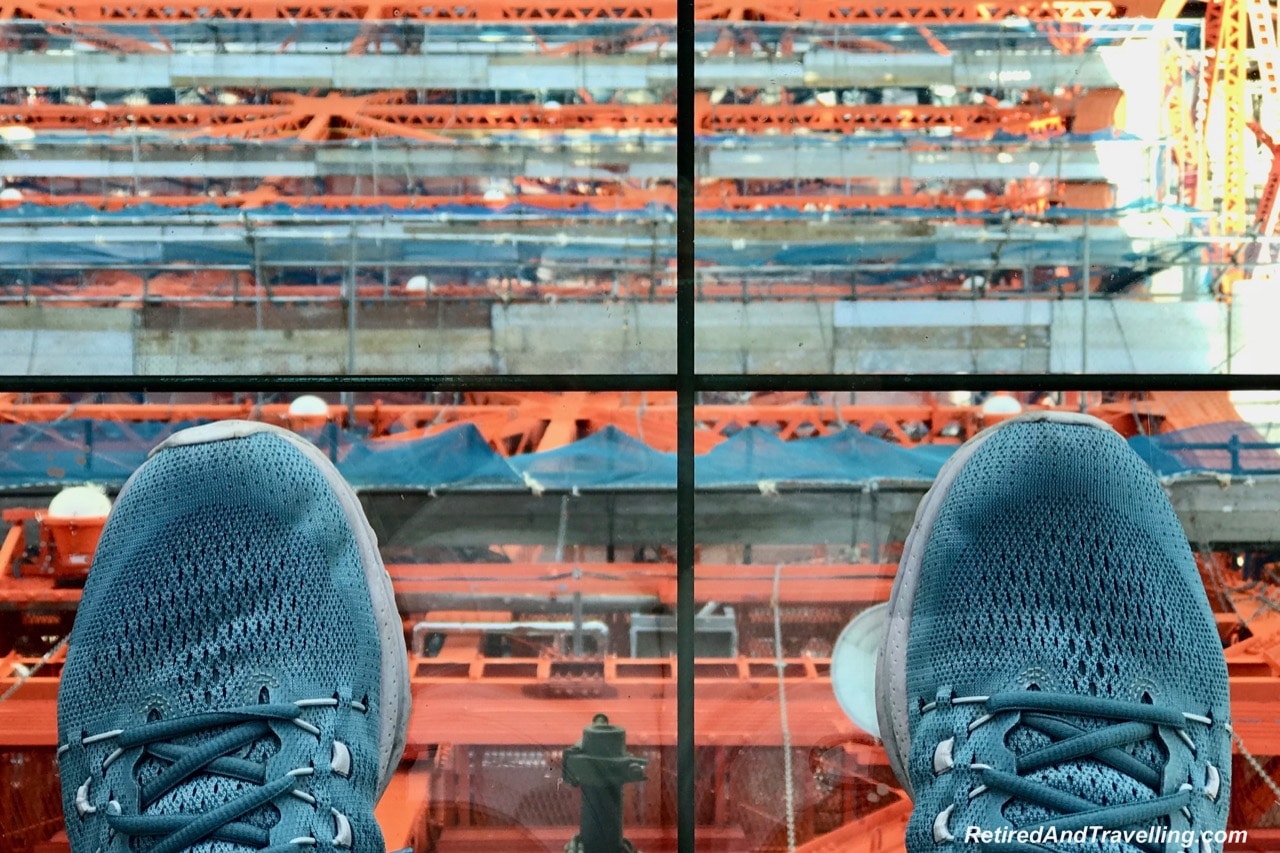 When we went to the lower level, we got a great view out over the Jodo Buddhist Temple. 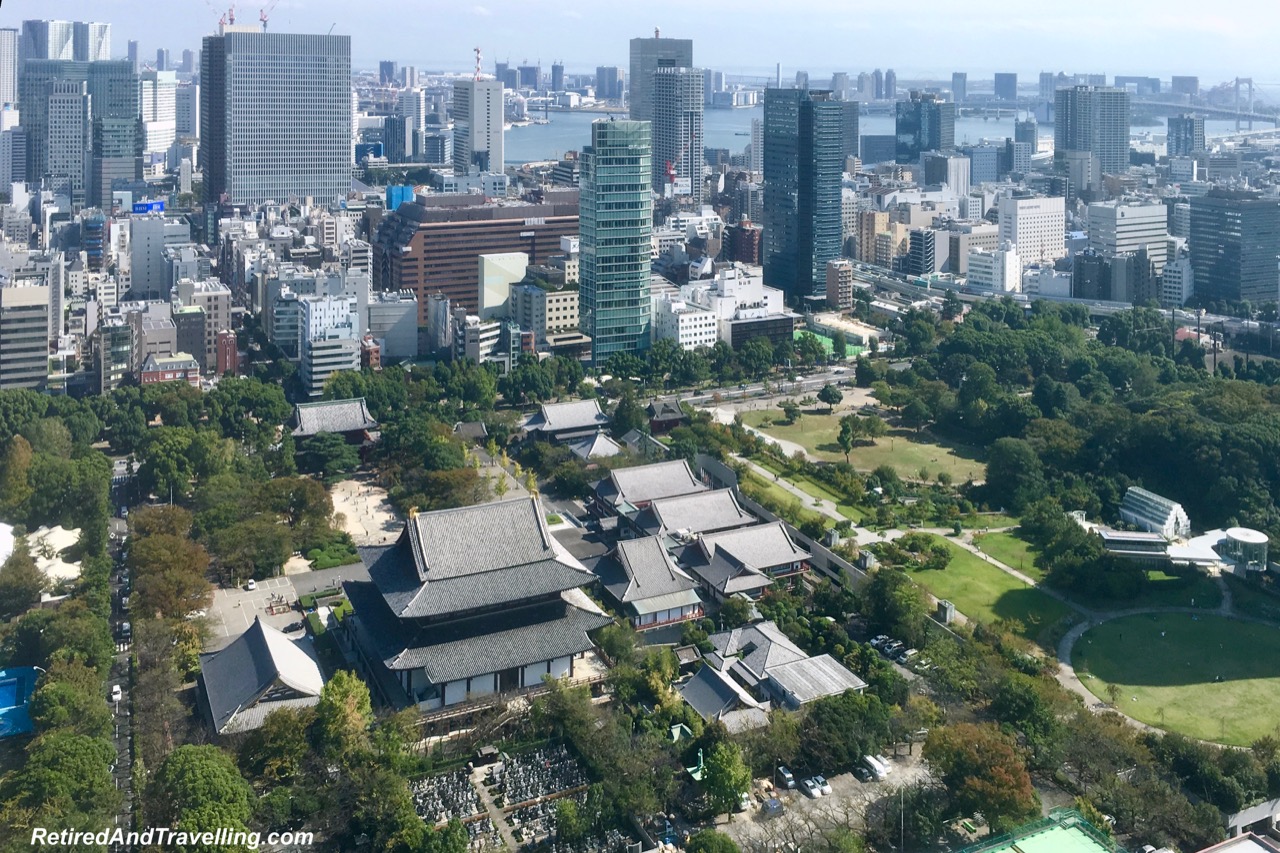 Everywhere we looked we got a panoramic view from the Tokyo Tower.

Other Attractions At The Tokyo Tower

Like all major tourist sites, there were a number of other things that entertained us at the Tokyo Tower. The first interesting thing was the mirrored walls at the Top Deck. It was almost like a maze as images of inside and outside reflected over and over again. The bling did not end there. A pink sparkly tower turned in a glass case. 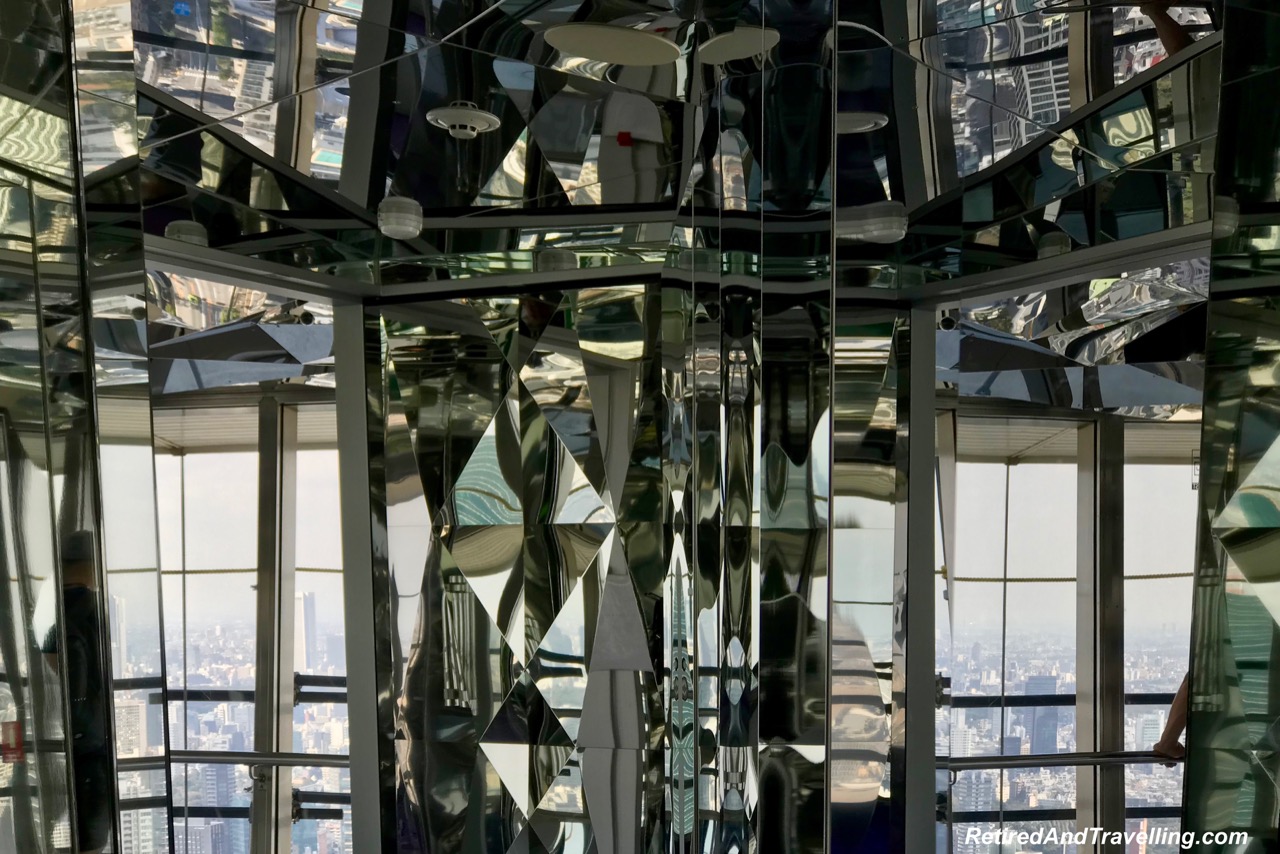 A very cute robot called Pepper entertained us while we waited for the elevator down. It almost seemed like he was responding to us. We wondered if someone was behind the mirror and controlled what Pepper said. 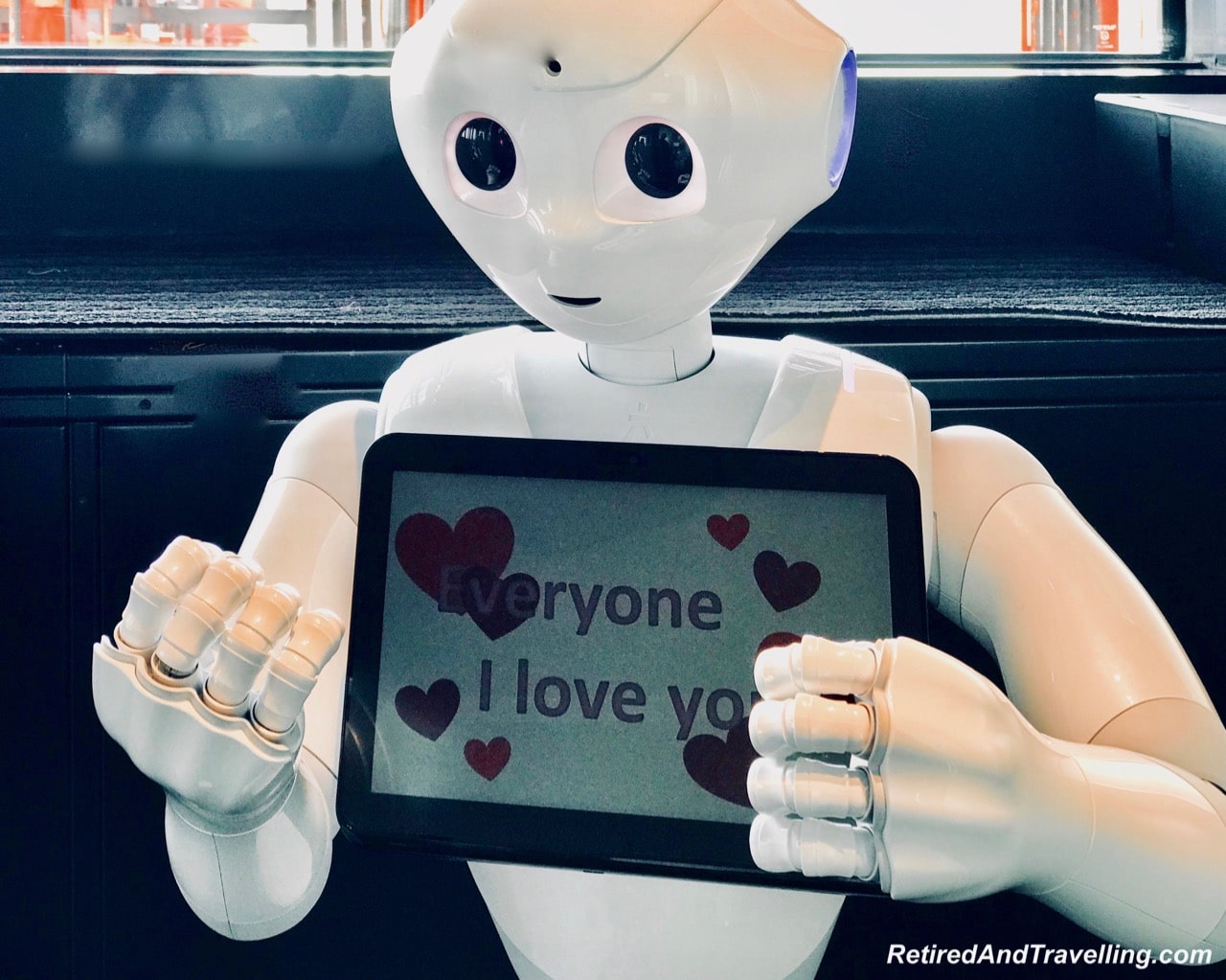 On the lower levels there were several floors of entertainment and shops. There was even a spot to pray. It could be a destination all on its own even if you never went up for a panoramic view from the Tokyo Tower. 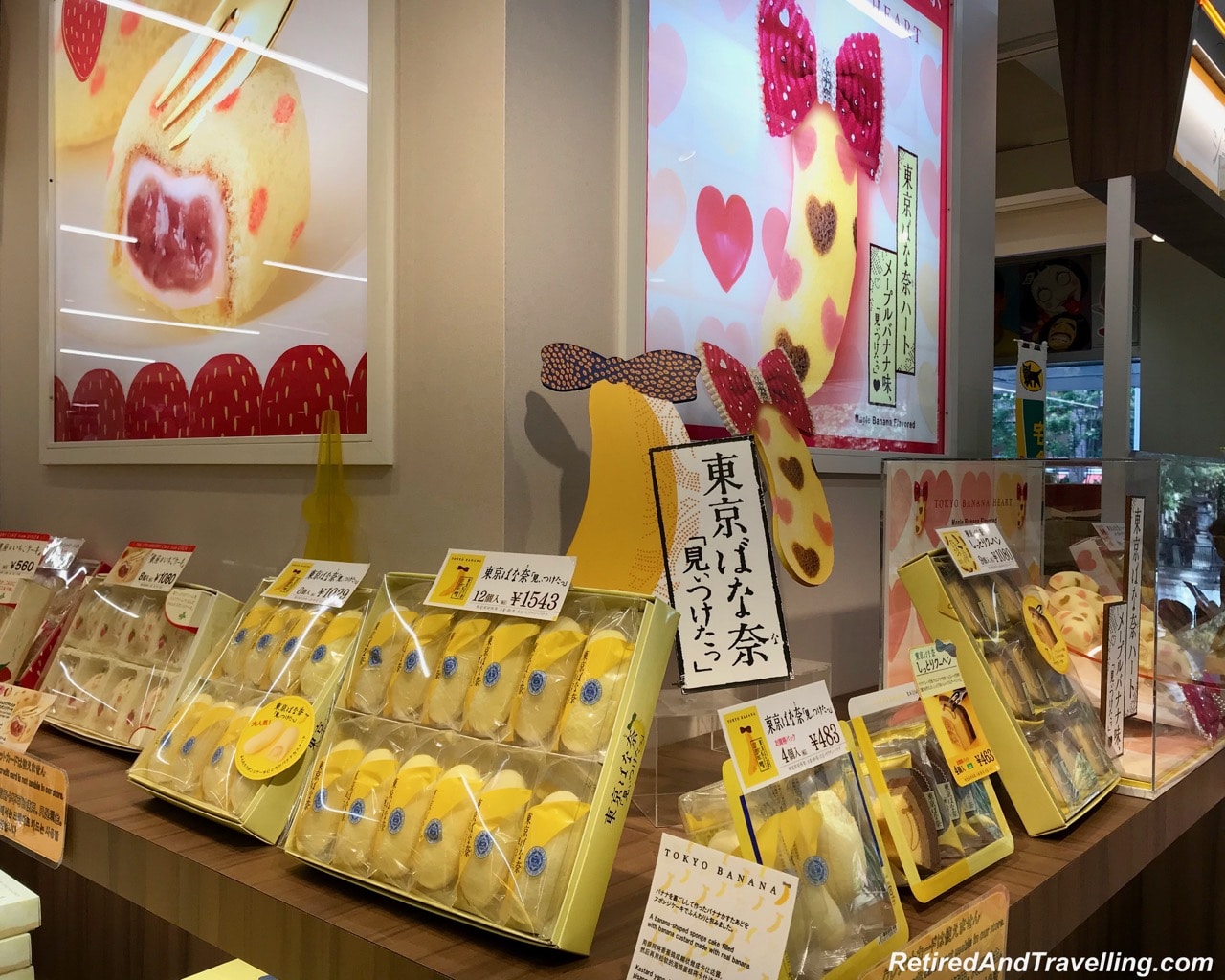 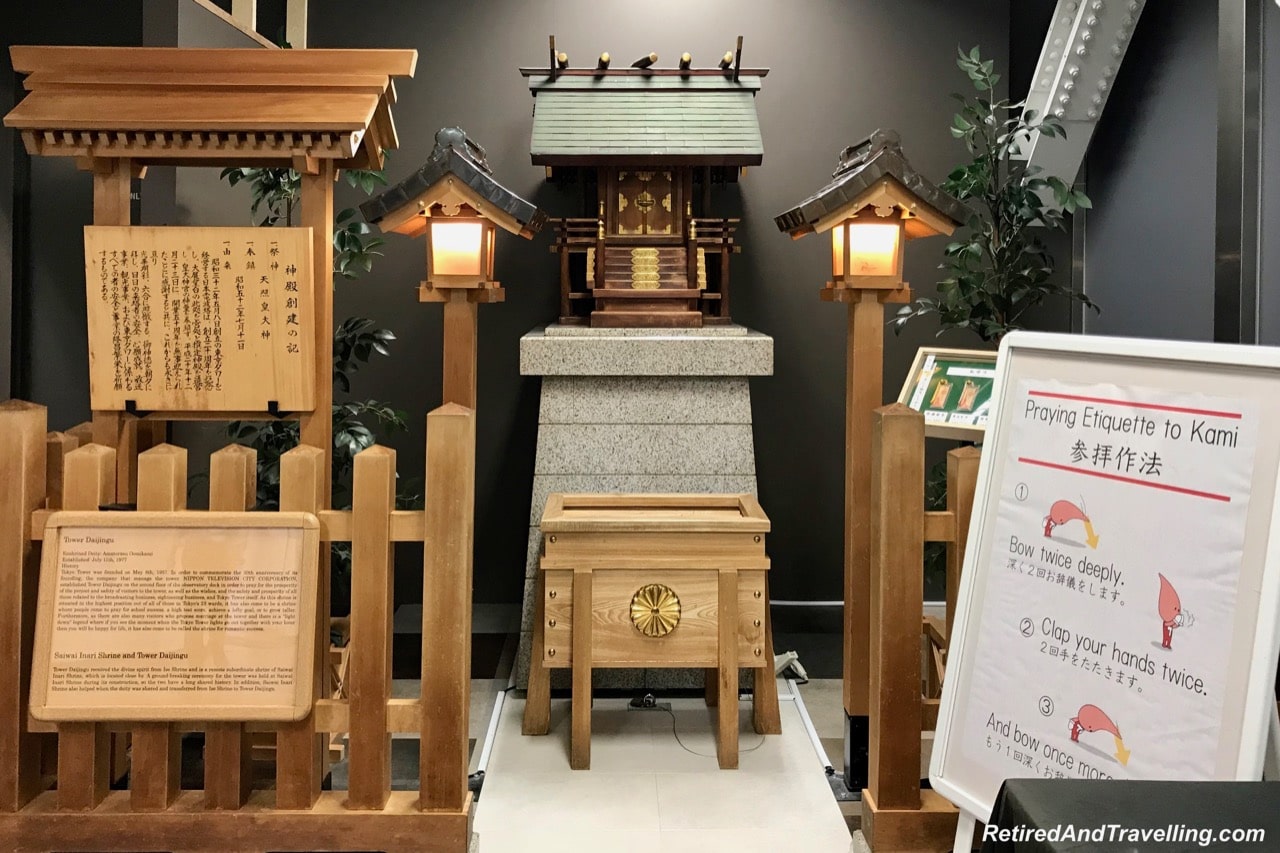 And I would be remiss if I didn’t mention the 5 star bathrooms. Both at the Top Deck and on the lower levels the toilets had to be visited. It seemed that even public toilets in Japan were full spray toilets and needed instruction sheets beside them. They even played music! 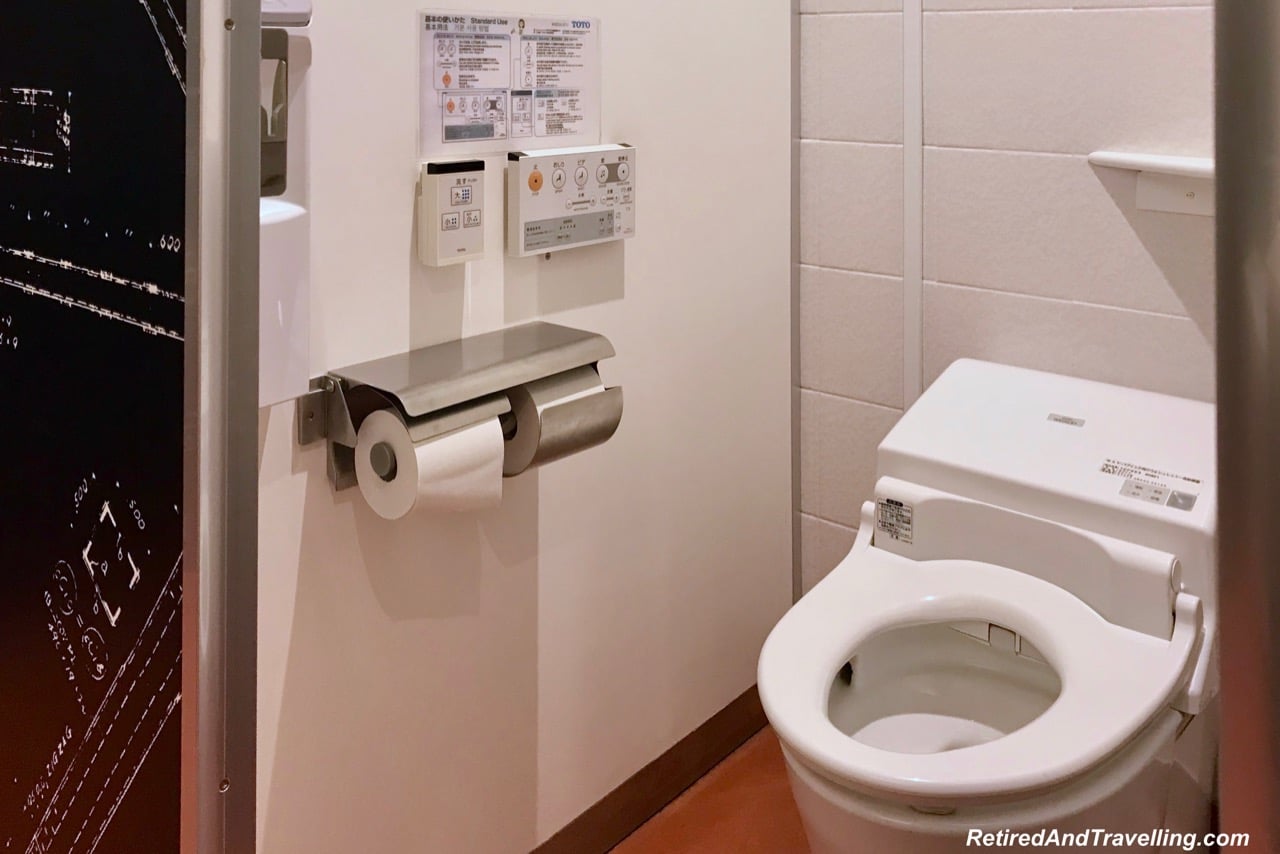 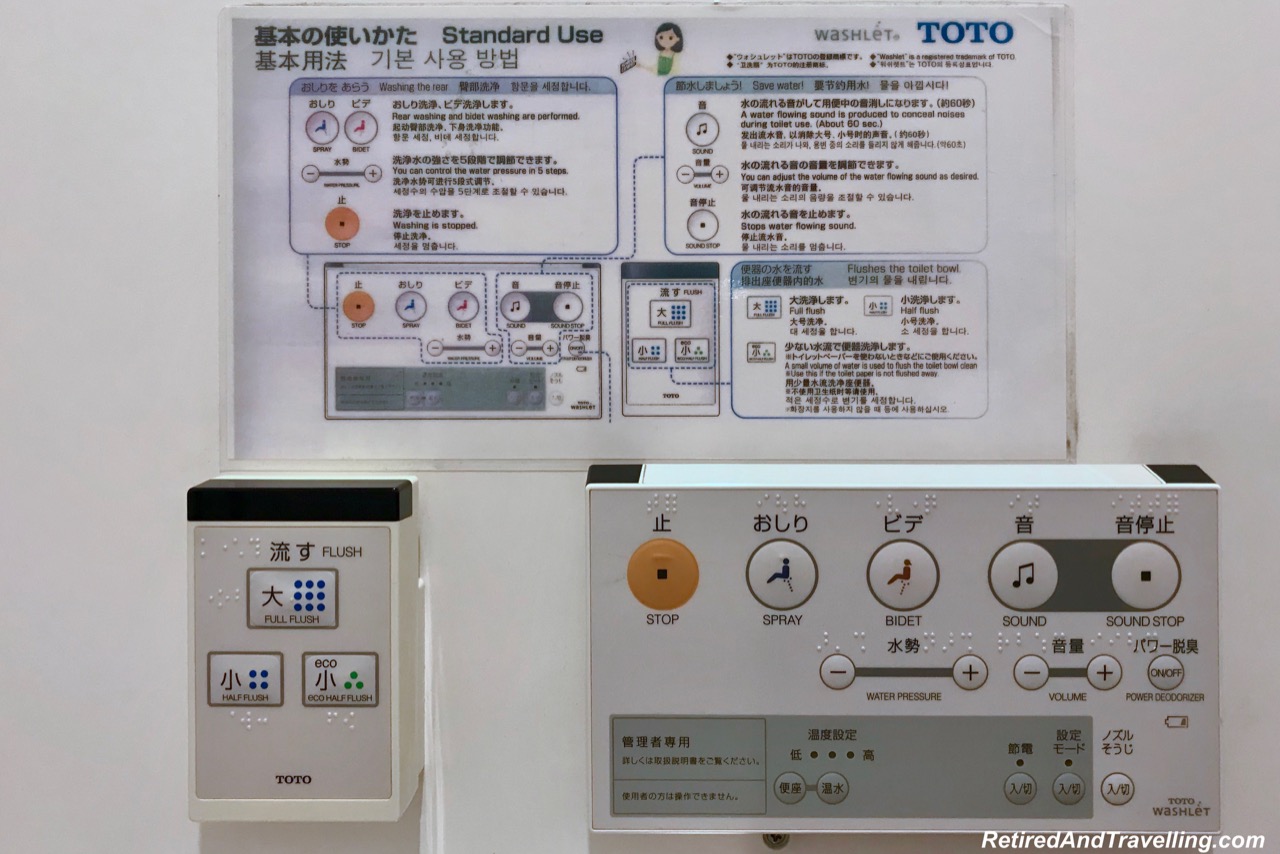 We found much to see and do after we had a panoramic view from the Tokyo Tower.

Don’t Miss A Panoramic View From The Tokyo Tower

The weather forecast for our week in Tokyo was a bit iffy. When our first full day dawned bright and sunny, we knew it was the time to get a panoramic view from the Tokyo Tower. It was easy to find the bright orange tower as we walked through the downtown area of Tokyo.

The Tokyo Tower was colourful against the blue skies during the day. And from our hotel, we saw the Tokyo Tower all lit up at night. 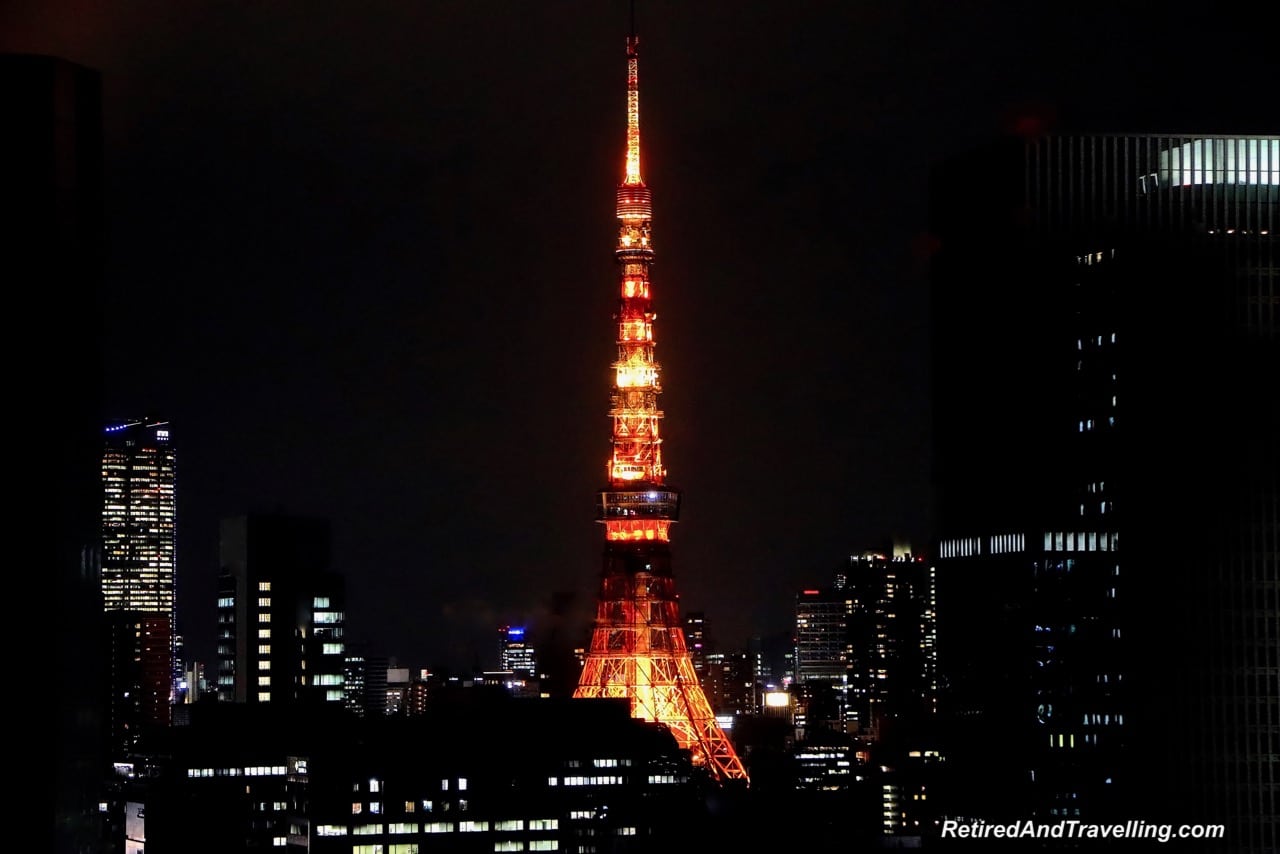 The views from both the Top Deck and the Main Deck were good on a clear day. Going to the Top Deck provided a little more entertainment. It would have really been worth it had we seen as far as Mt Fuji.

The whole complex is an entertainment haven. So be prepared to spend a few hours when you visit. Definitely something we will remember from our 3 weeks in Japan.

Did you go up for a panoramic view from the Tokyo Tower? Was it clear enough to see Mt Fuji? 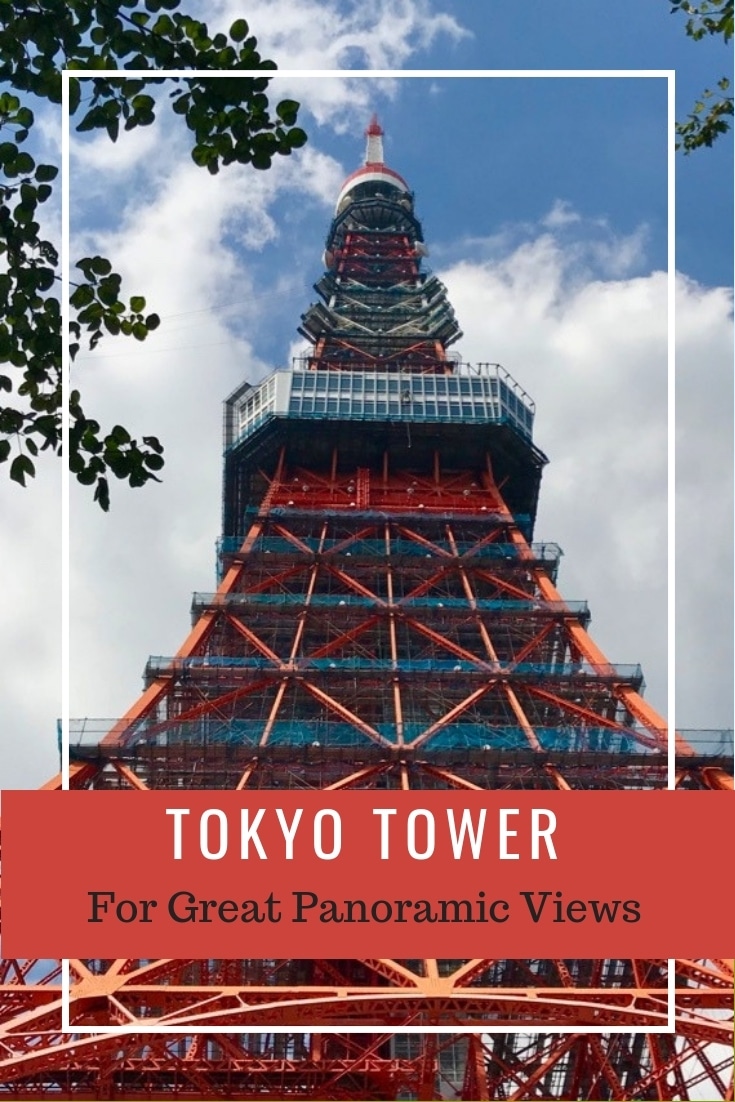 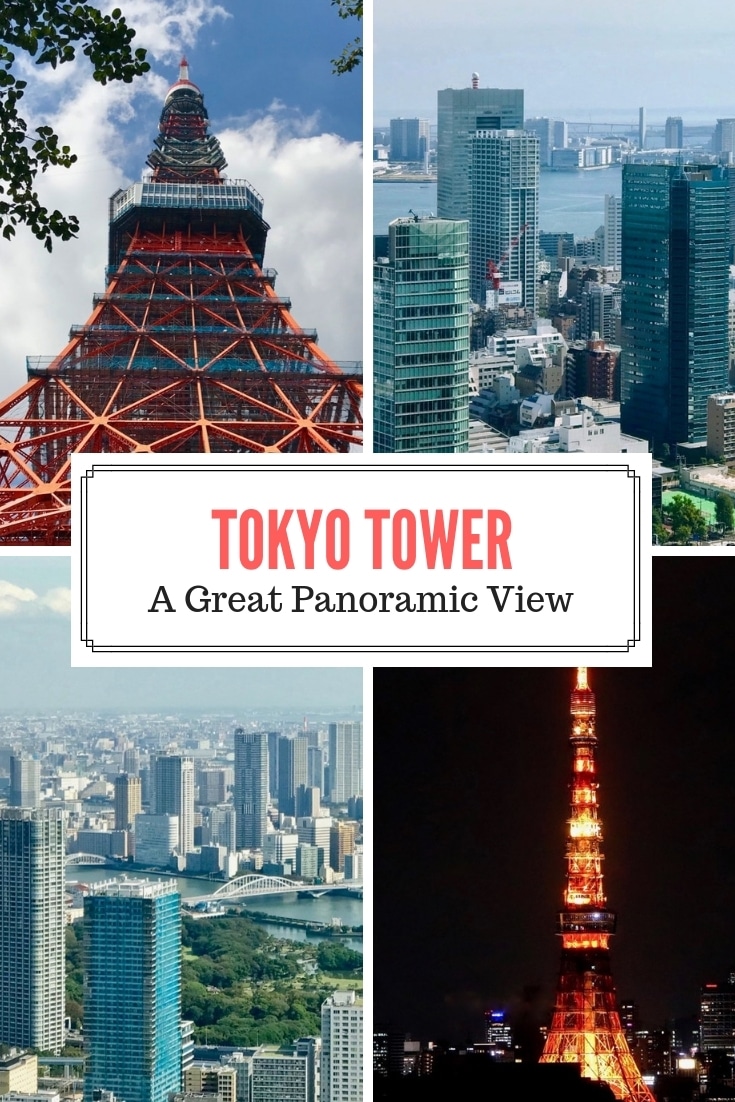