At our full day cooking course to learn more about Southern Italian cuisine on our stay in Lecce, we were told not to miss a visit to Otranto Crypt while in Puglia.  The infamous Cathedral sported the skulls of 813 martyrs.

We were on the road by 9am to the Cathedral in Otranto and visited before it closed at noon hour. Having finally figured out Lecce roads, we knew it was much easier to swing around the ring road to head south than to fight our way again across town.

The Blue Waters of Otranto

In less than an hour we arrived in Otranto and found parking.  We ended up in the lot was where the local fishermen parked because we missed the turn to park by the Cathedral.

Getting out of the car we were amazed to find a beautiful blue bay in front of us,.  The fishermen were all set up. We stole a few minutes and took in the view of the clear blue water.  We wanted a swimming day – even if we had to come back to Otranto later! 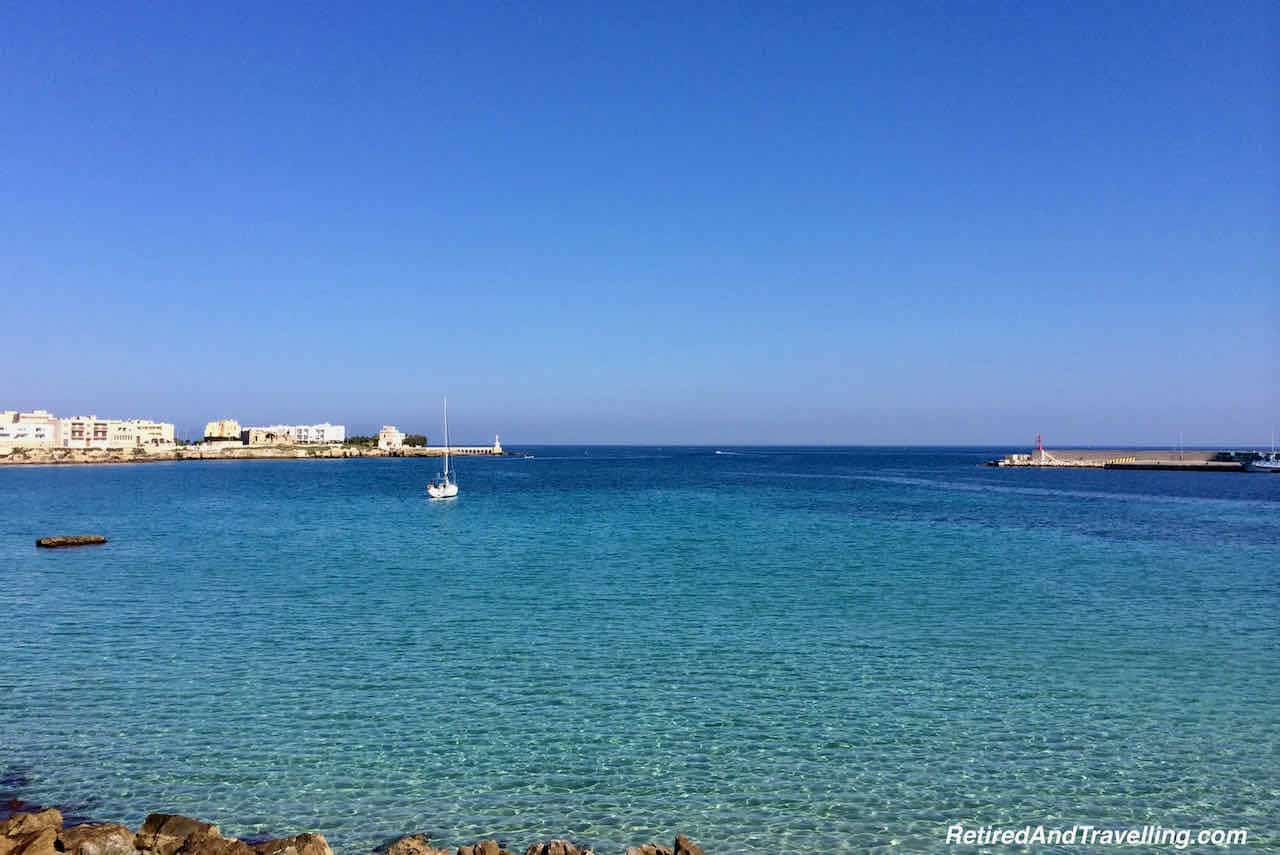 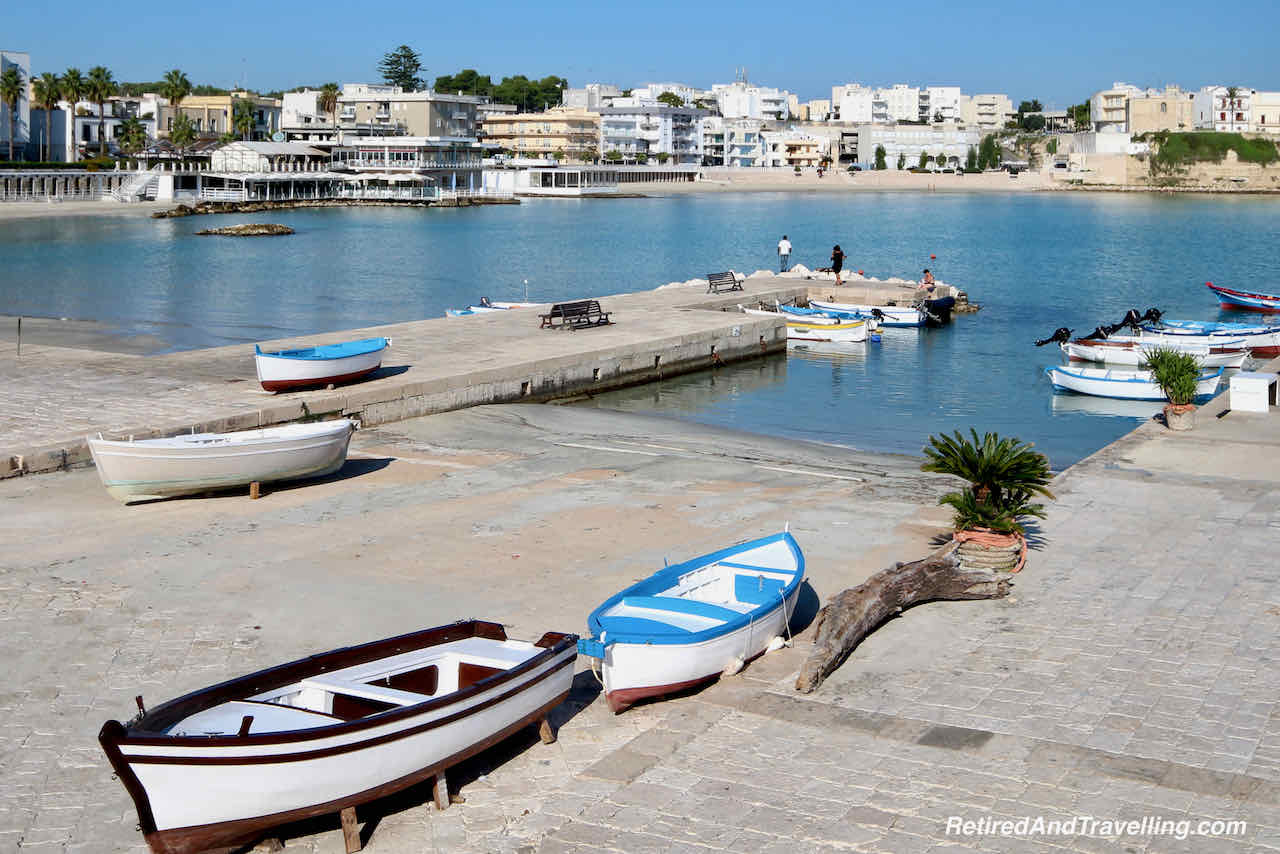 Walking along we came to the old stone fortress of the Borgo Antico. We knew this was the gate to the old town.  We followed the small cobblestone alleys and hit Via Basilica.  This was the way to the Cathedral. In the piazza beside the Cattedrale E Cripta we saw the Torre Campanaria with its classic copper bells. 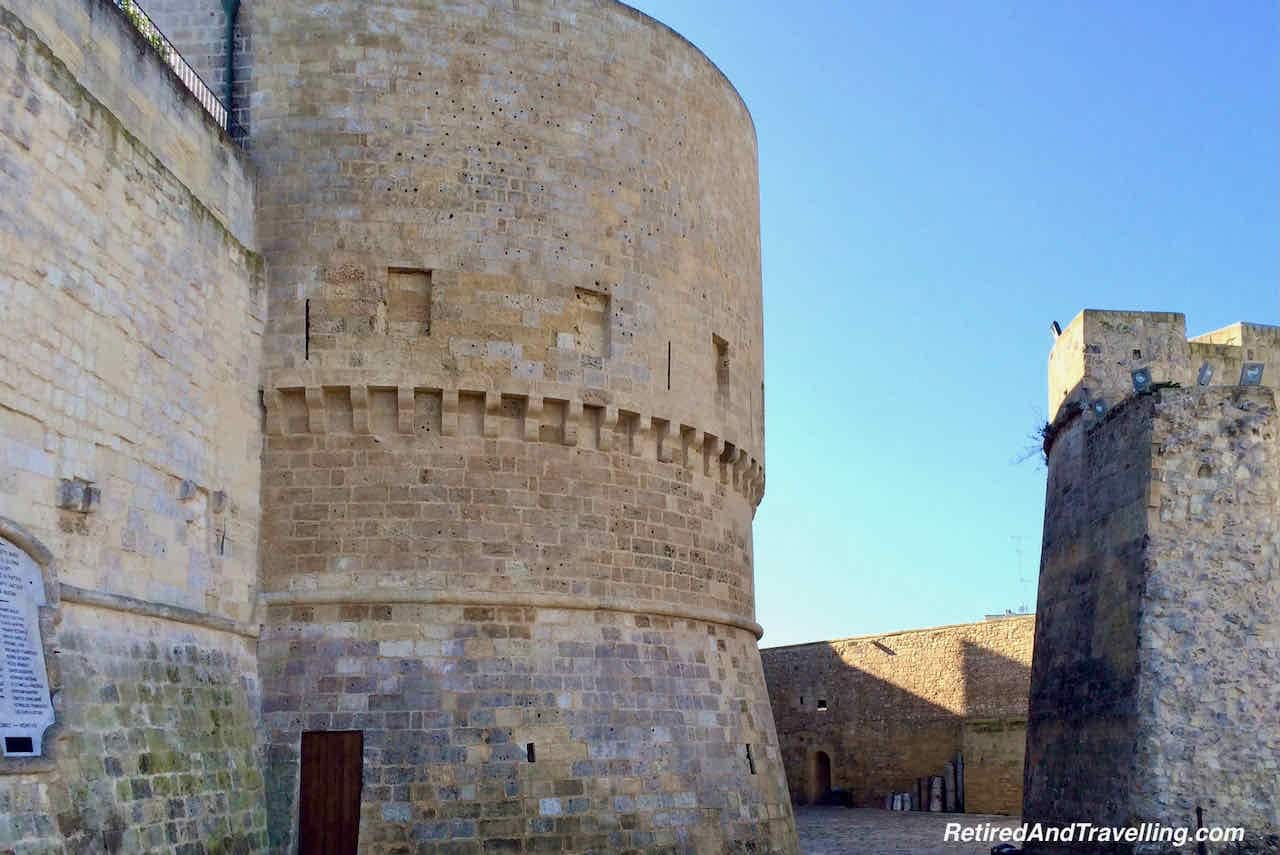 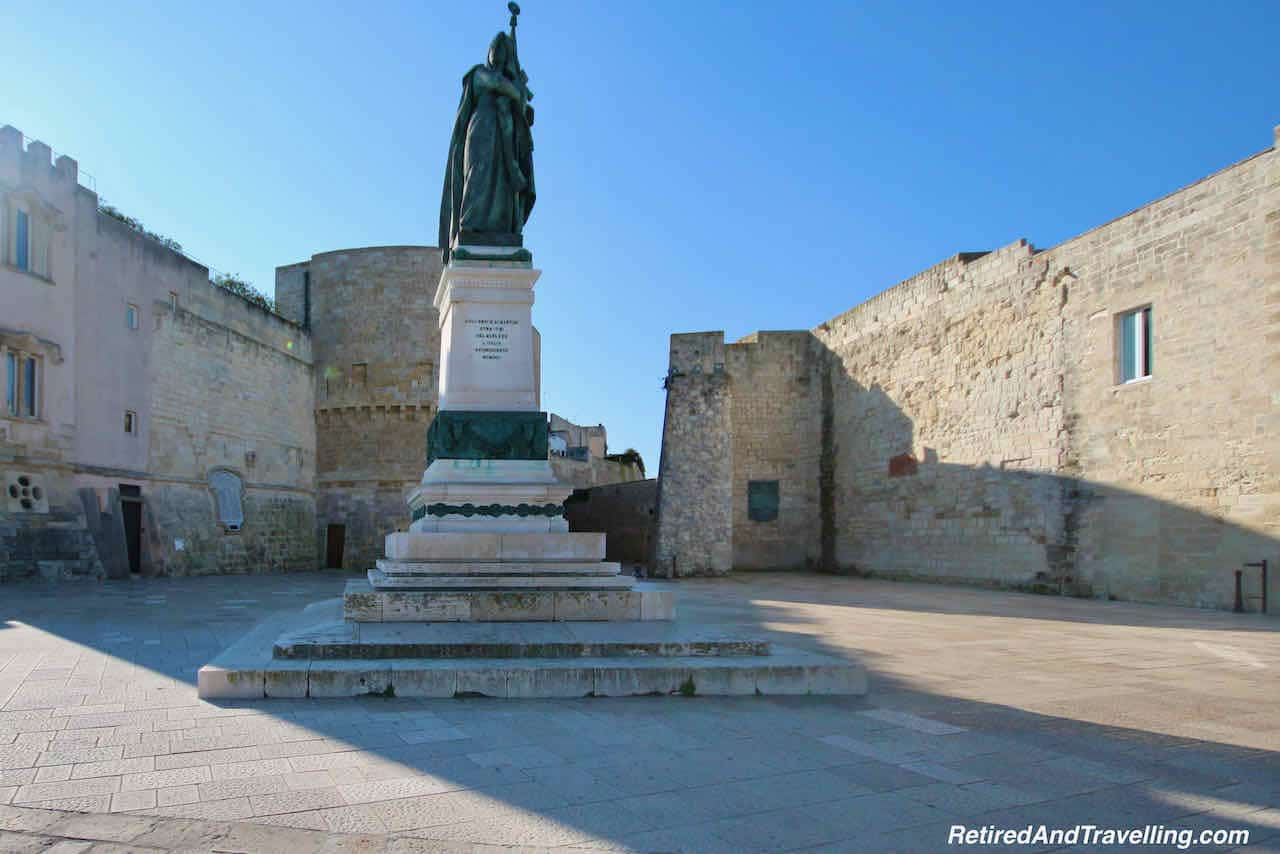 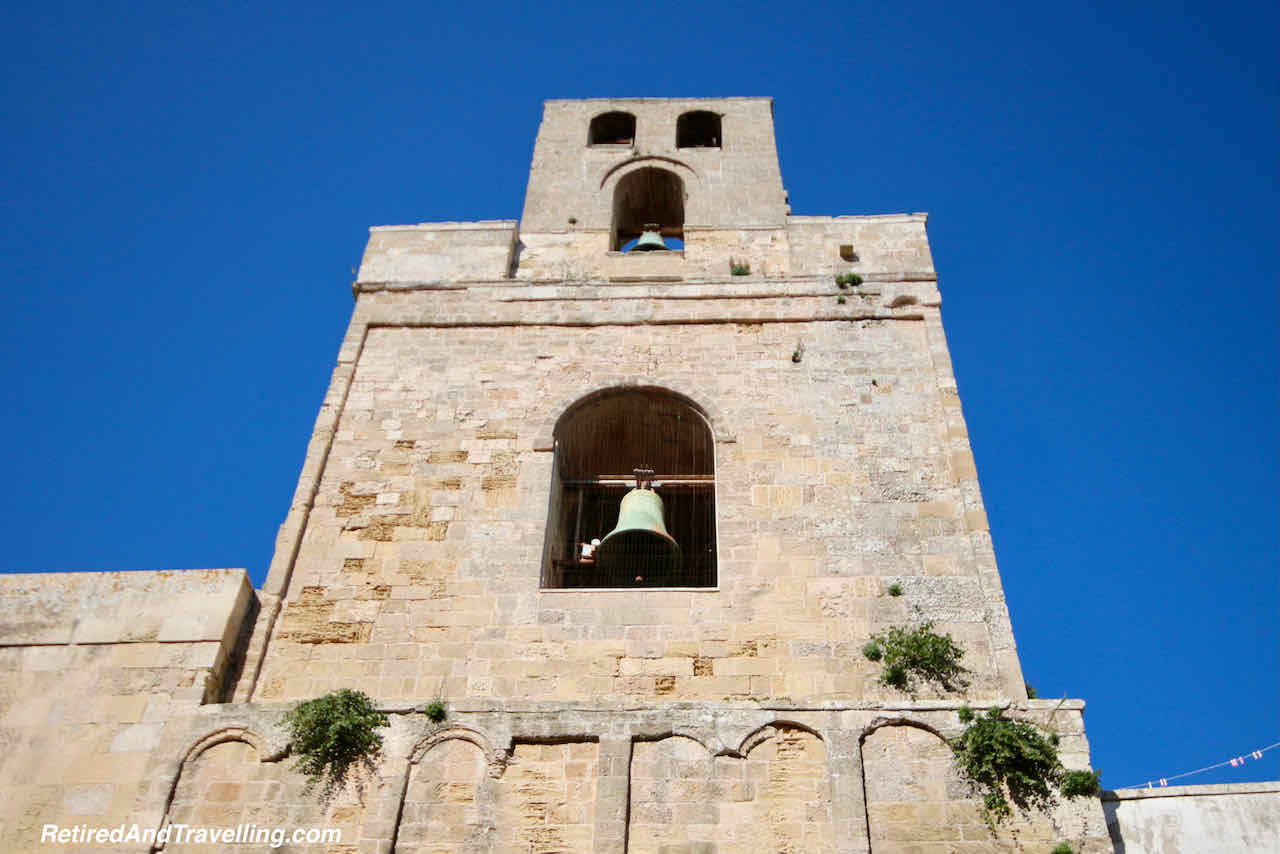 Even before we entered the main hall of the Cathedral we saw the mosaic floors this church was famous for. But we were still not prepared to see wall to wall floor mosaics that told stories. 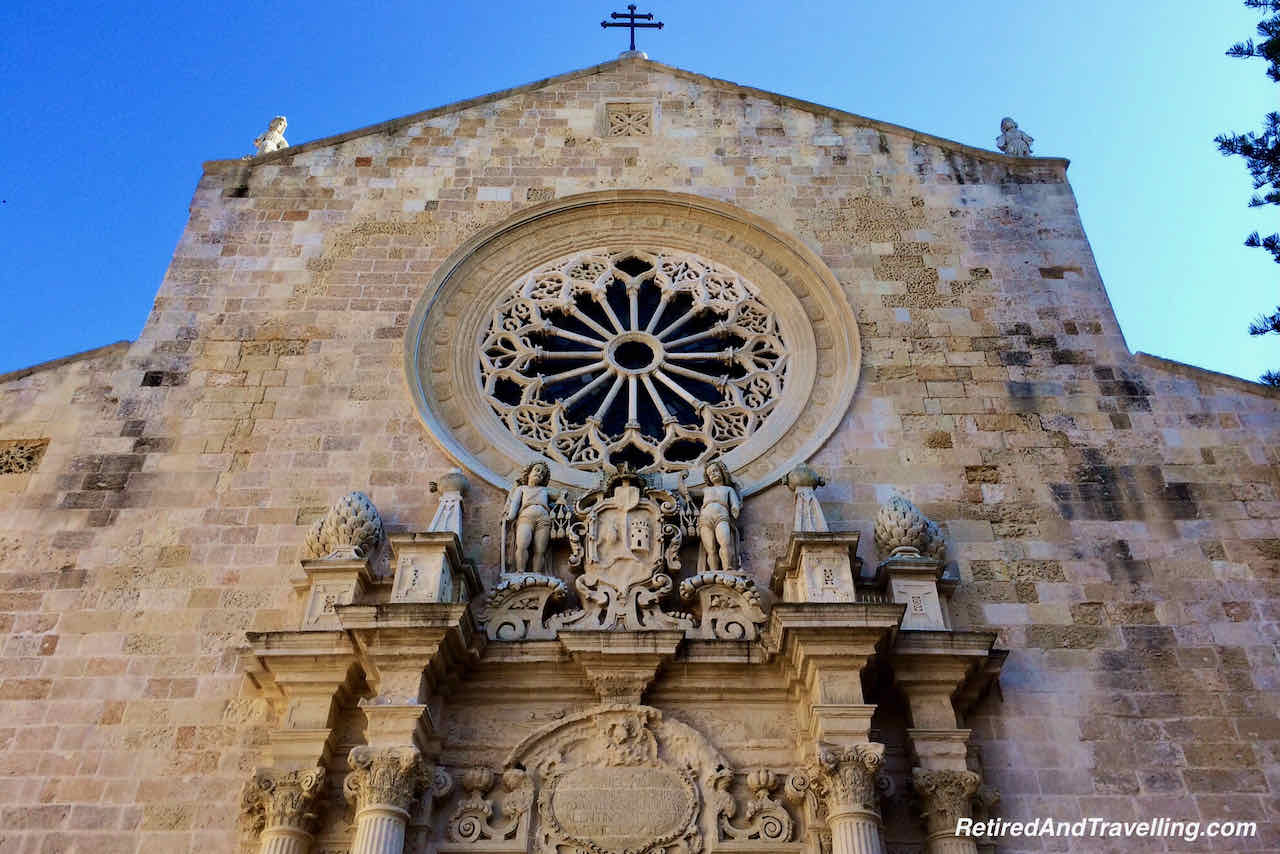 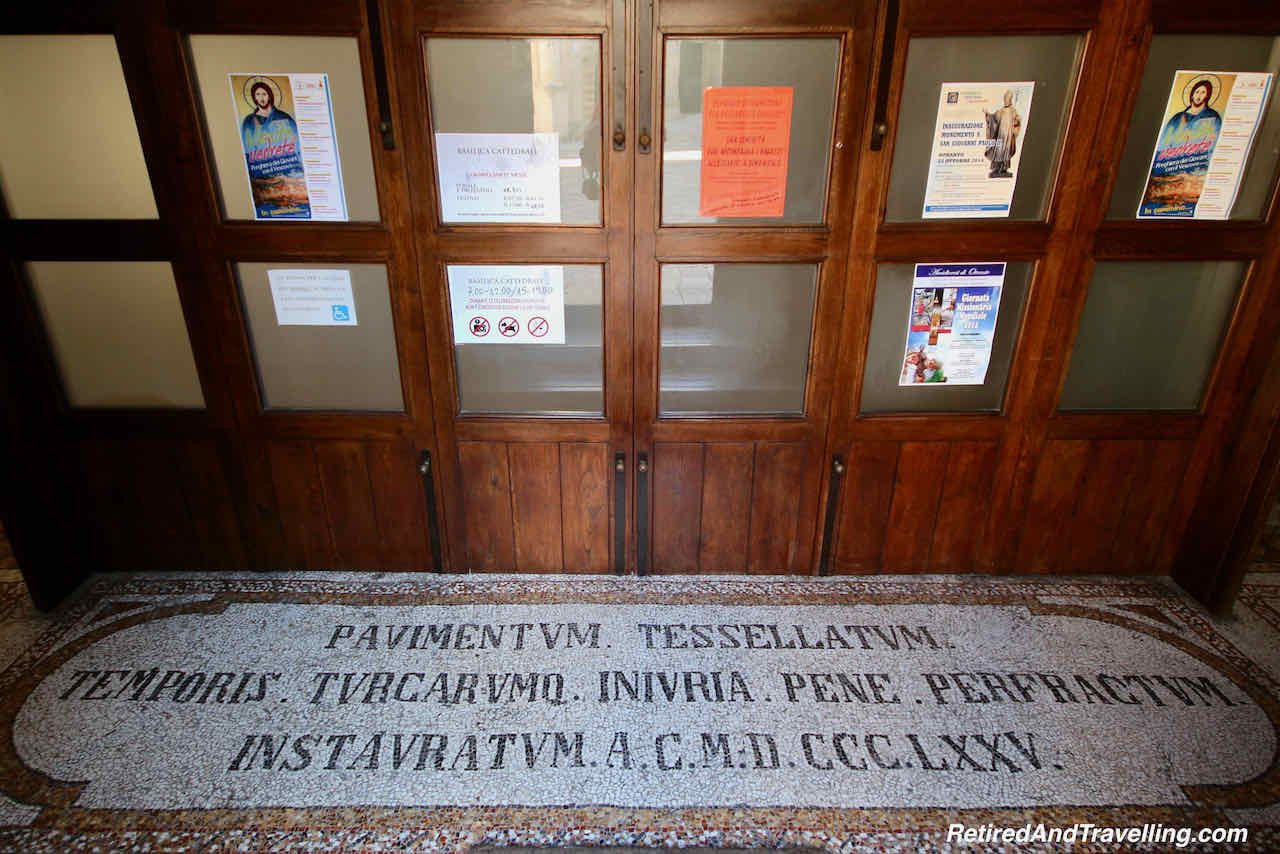 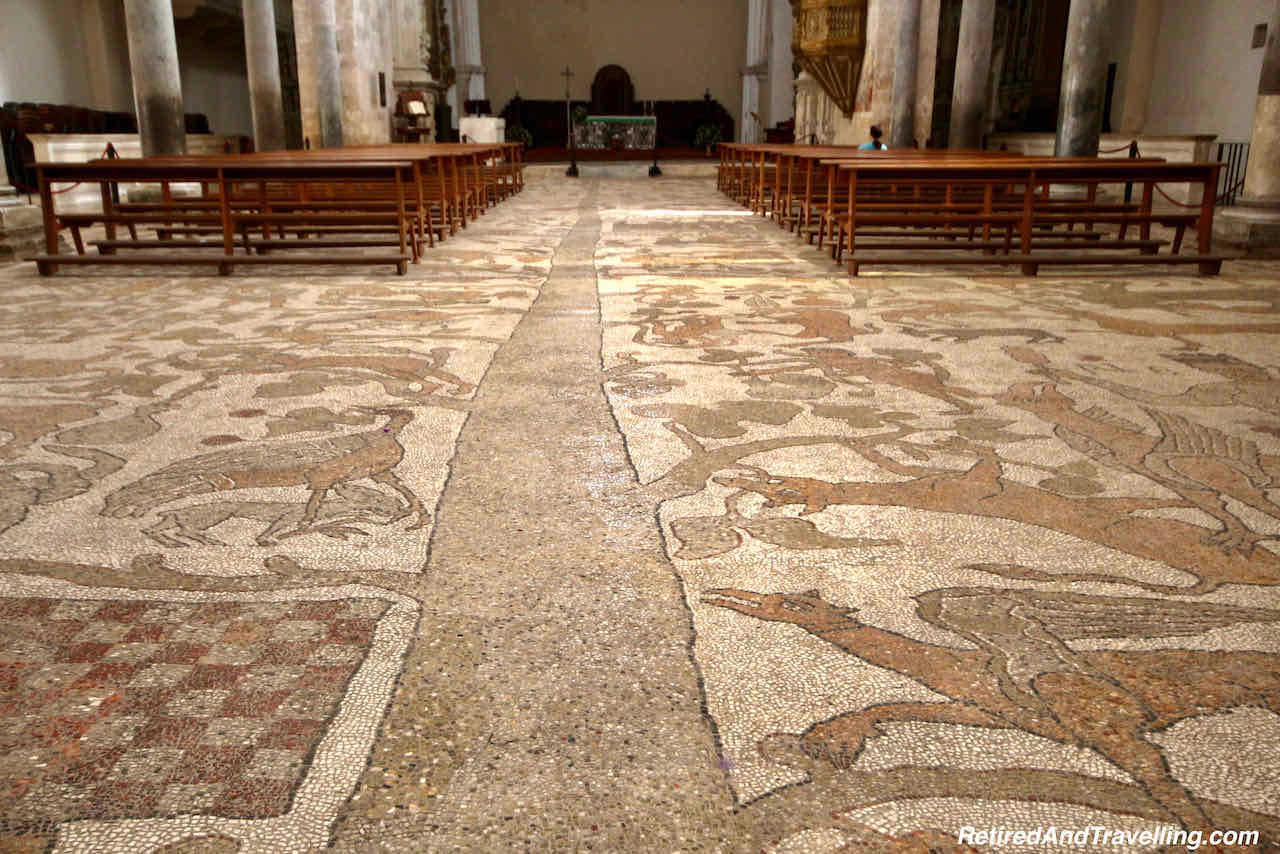 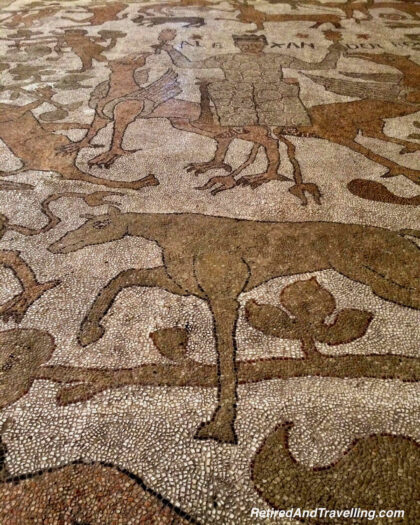 The main alter itself was less ornamented.  But the ceilings and the gilded old organs and priest boxes were quite beautiful. 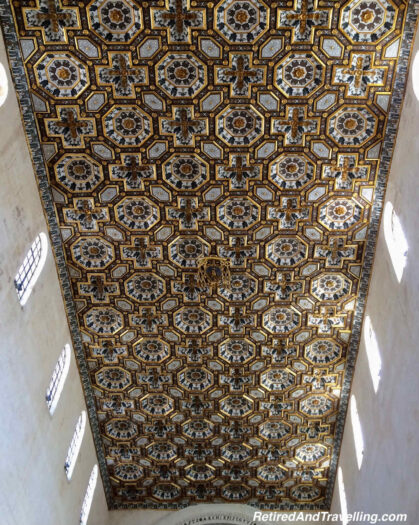 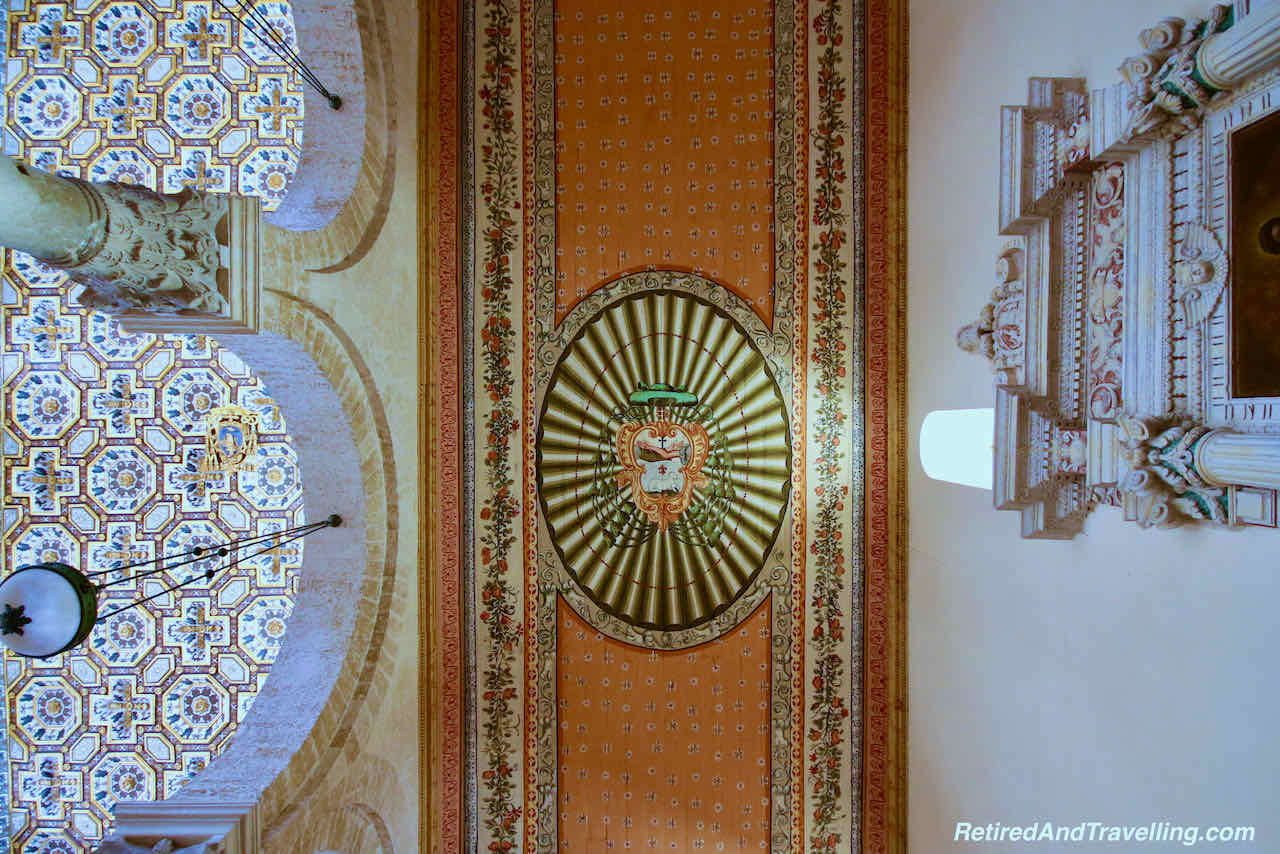 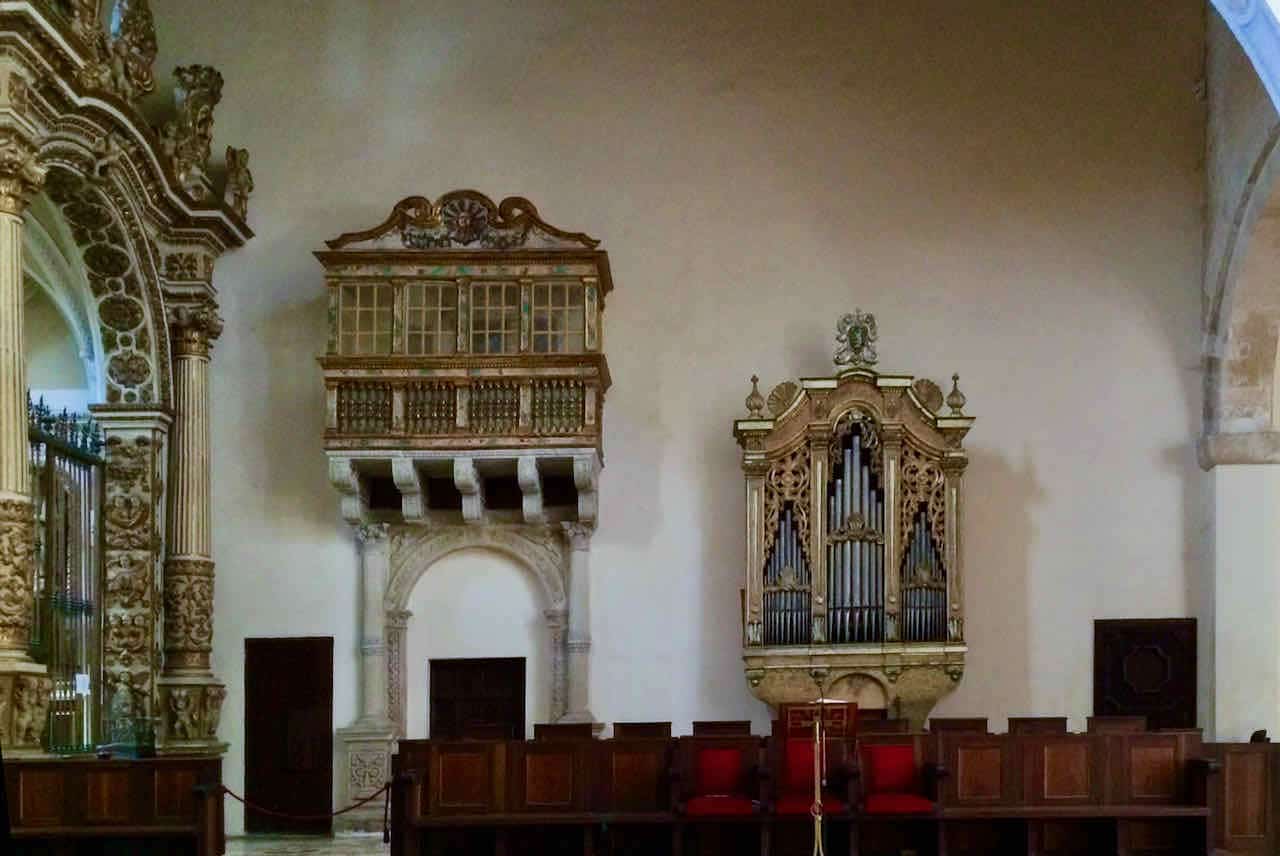 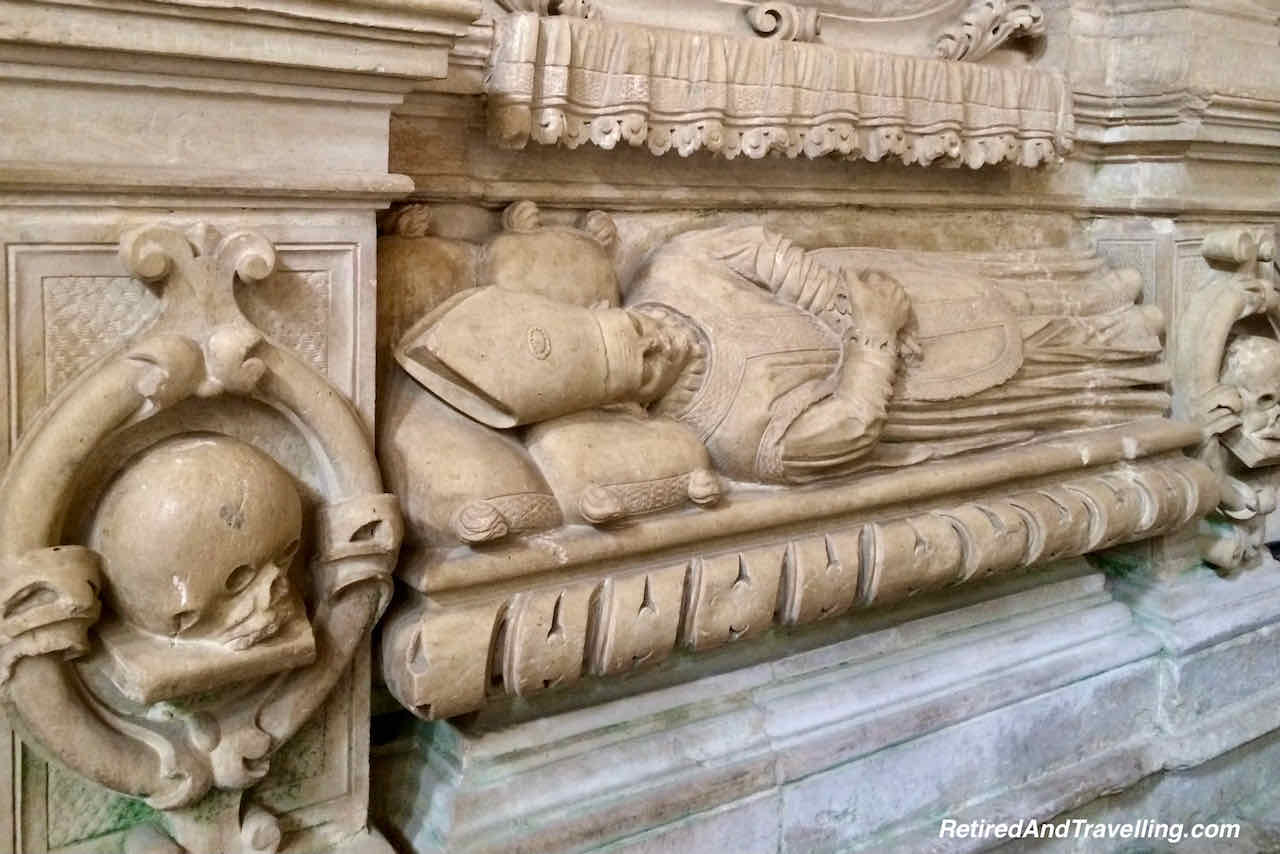 Throughout the church we found several wall frescos in various states of repair. 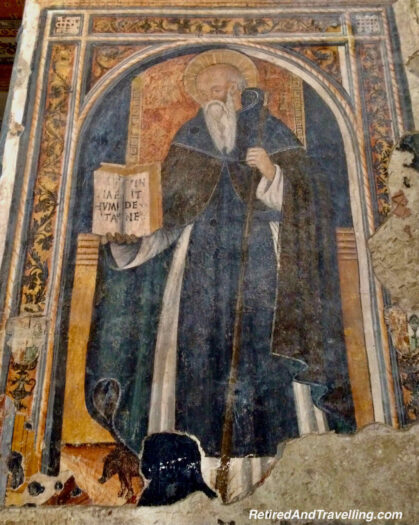 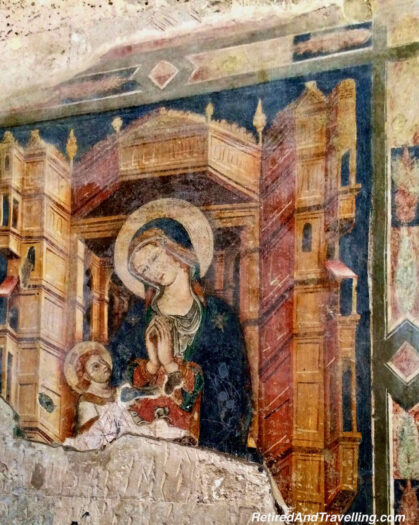 One side alter was dedicated to the more gruesome past of this town. Three windows were filled with skulls. There was some debate about the details.  The  813 skulls were the Martyrs of Otranto.  They were the victims of a mass execution on August 14, 1480 after the Otrantins refused to renounce their Catholic faith and convert to Islam when the city fell to an Ottoman force. 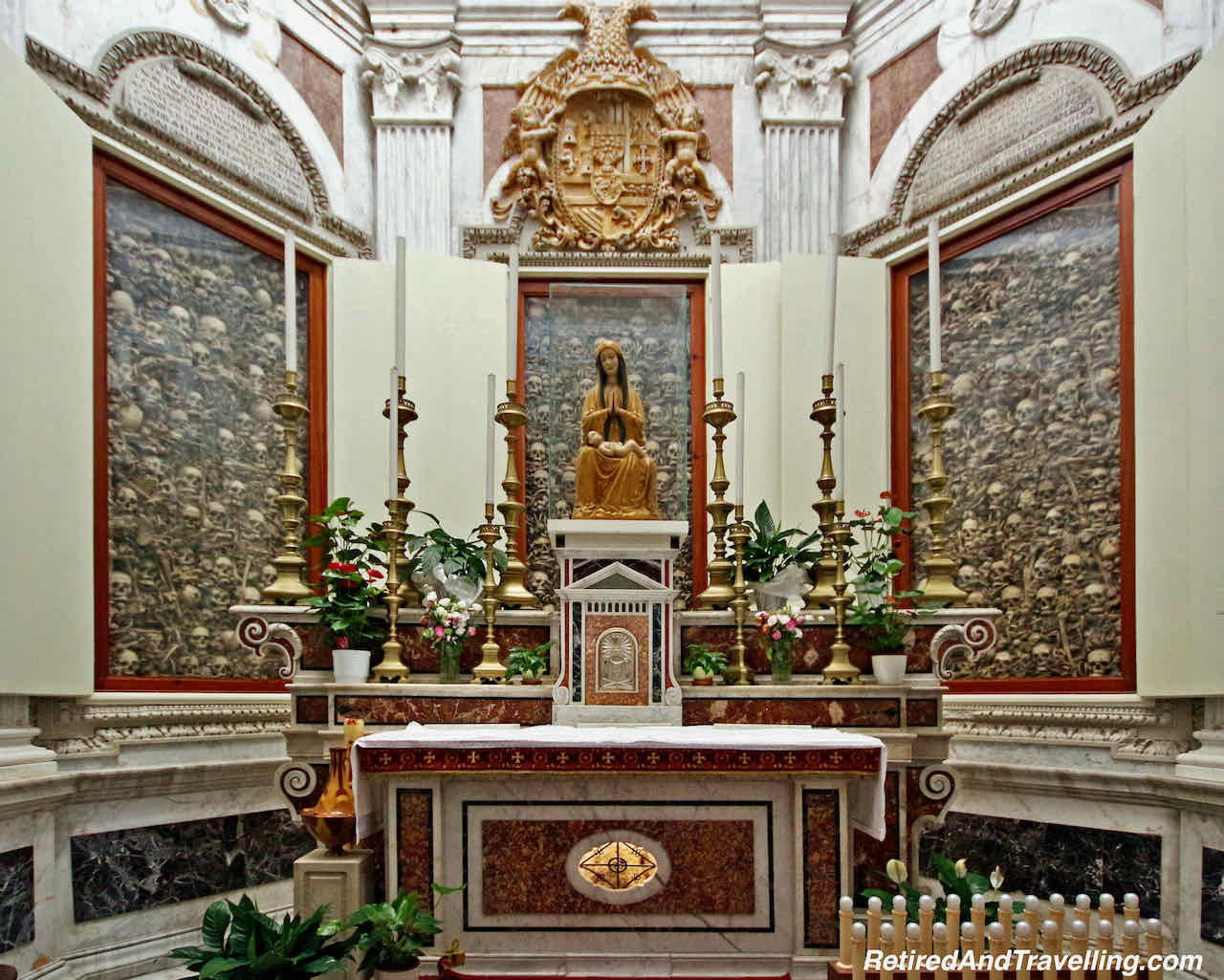 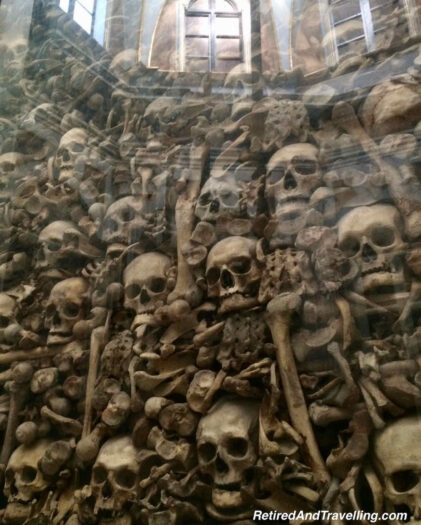 We ventured down the stairs to the crypt and were not sure what more gruesome sites we might find.  But instead we found a vast expanse of vaulted ceilings.  Each was held up with unique pillars and there was another good display of restored wall frescos. Two grilled gates led to rooms not open to the public. 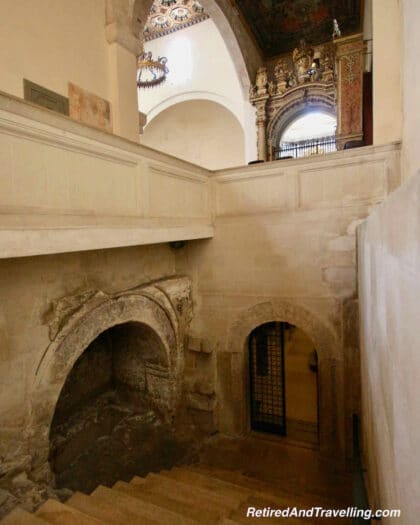 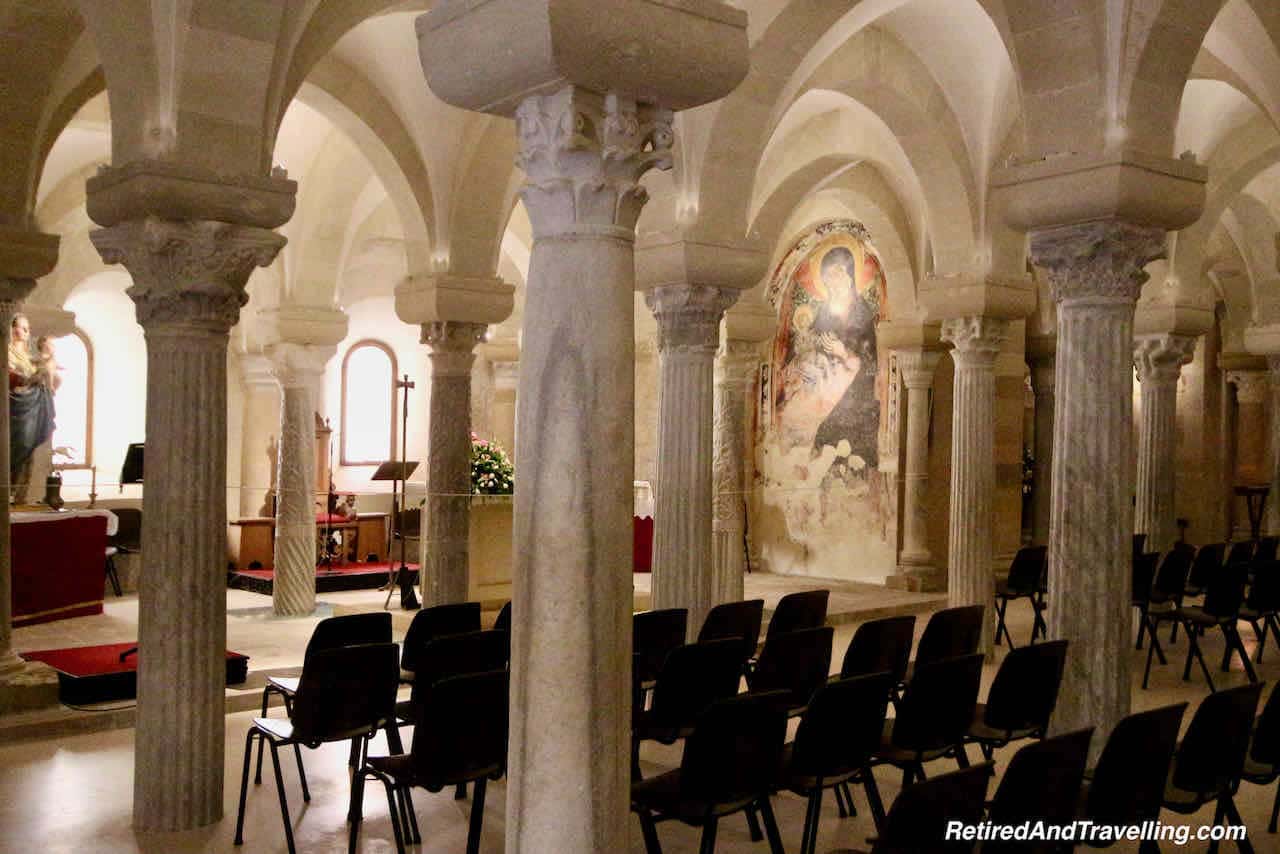 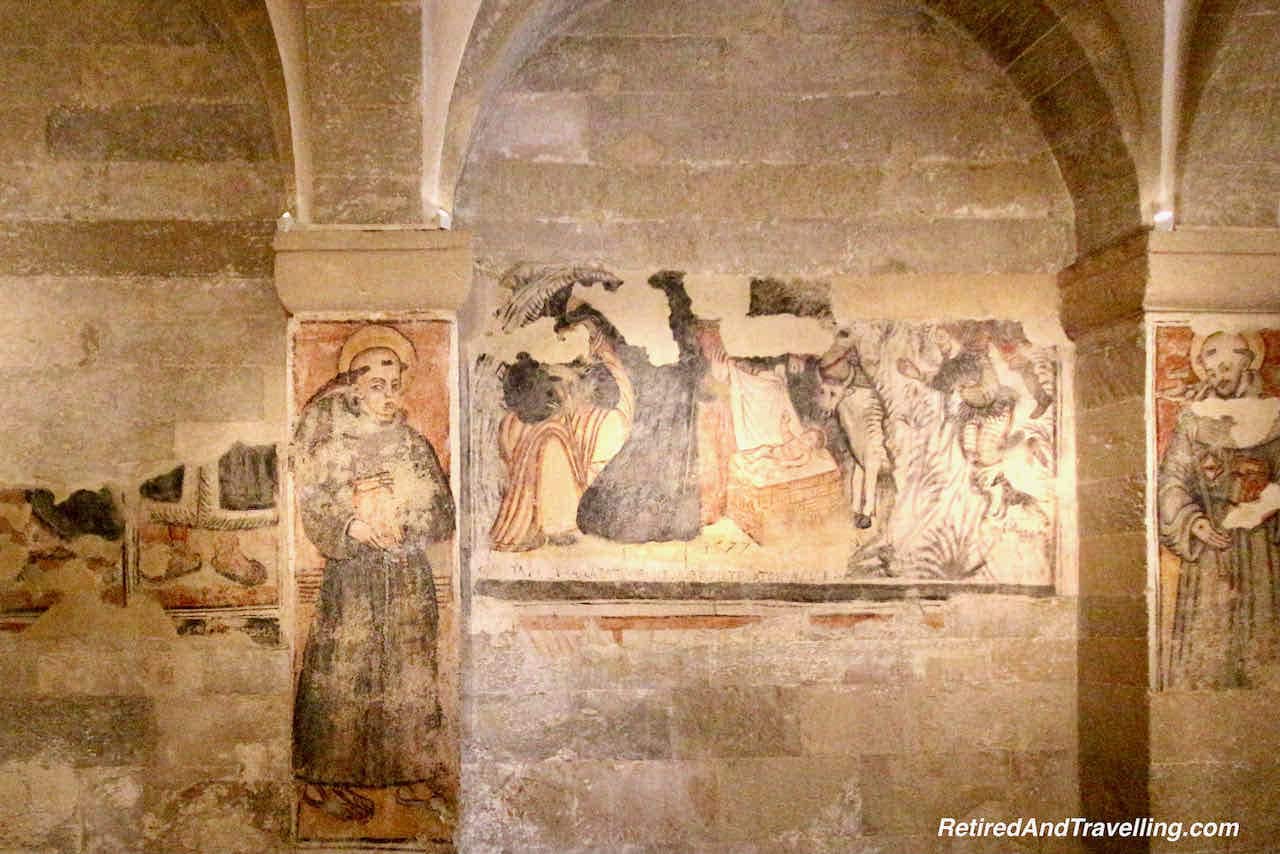 A Fascinating Day At The Otranto Crypt

While we only stayed a short time, we liked the feel of this town. It was a beach town of some size, big enough to have lots of places to stay and to eat. And the water looked amazing!

Our visit to the Otranto Crypt was a fascinating sight inside an interesting church.

Since I promised David a swim that day, we headed again in search of a swimming hole!  Another full day as we explored Puglia from our base in Lecce.

Did you visit the Otranto Crypt when you were in Puglia? 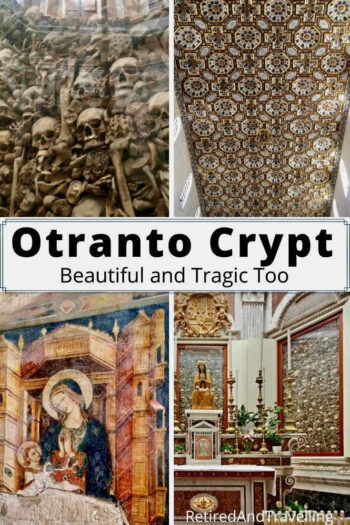 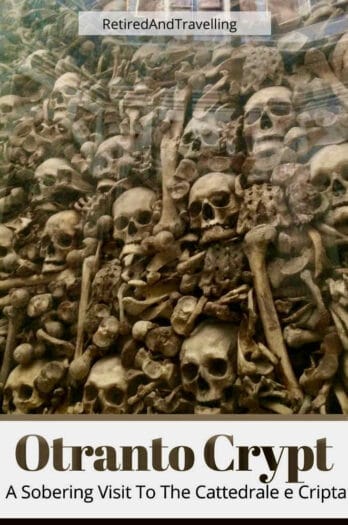 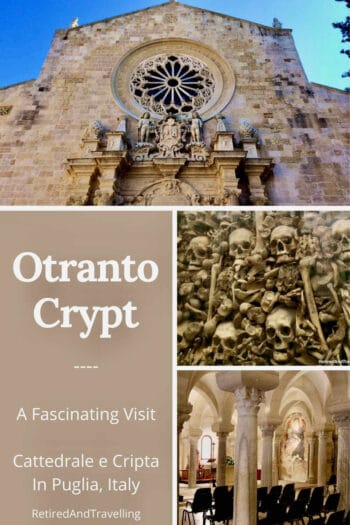