When we drove across the country from Toronto to Vancouver, we stopped at Spokane for 2 days. We explored the many artistic sculptures that can be found in the park.  And watched them starting to create the displays for the Spokane Chinese Lanterns Festival that would be on display later in the fall. We added this to our list of things we would visit while on our west coast trip.

Heading to Washington state from Vancouver in the fall, we were entertained as we drove through the mountains.  The low fog danced around the mountains and the fall colours started to emerge. 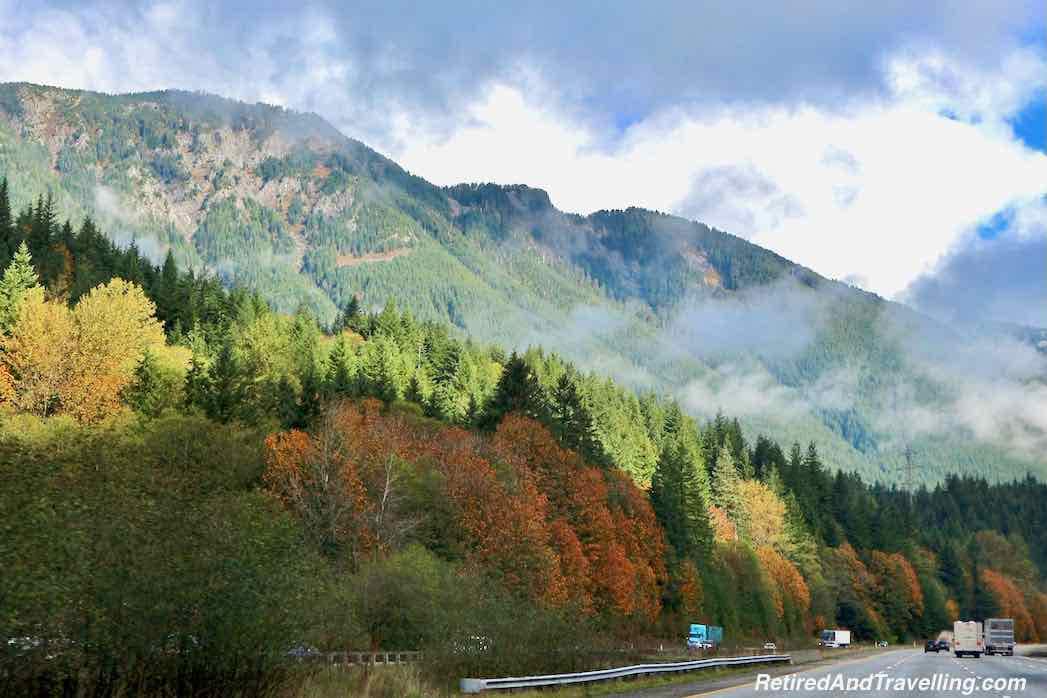 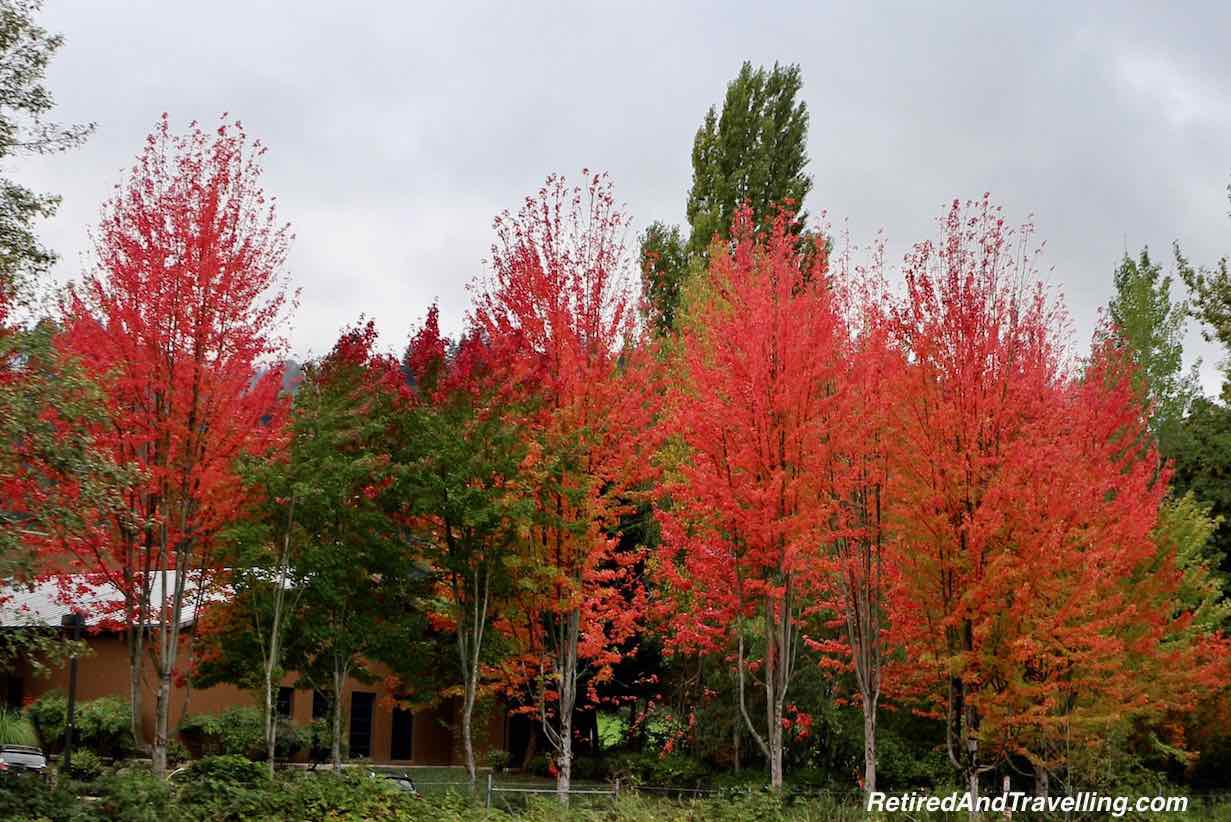 We stopped for lunch in one of the many roadside diners we were now used to finding in the U.S. Given we were travelling in a state that has legalized marijuana, we should not have been surprised to find a drive-thru pot shop right beside the diner. 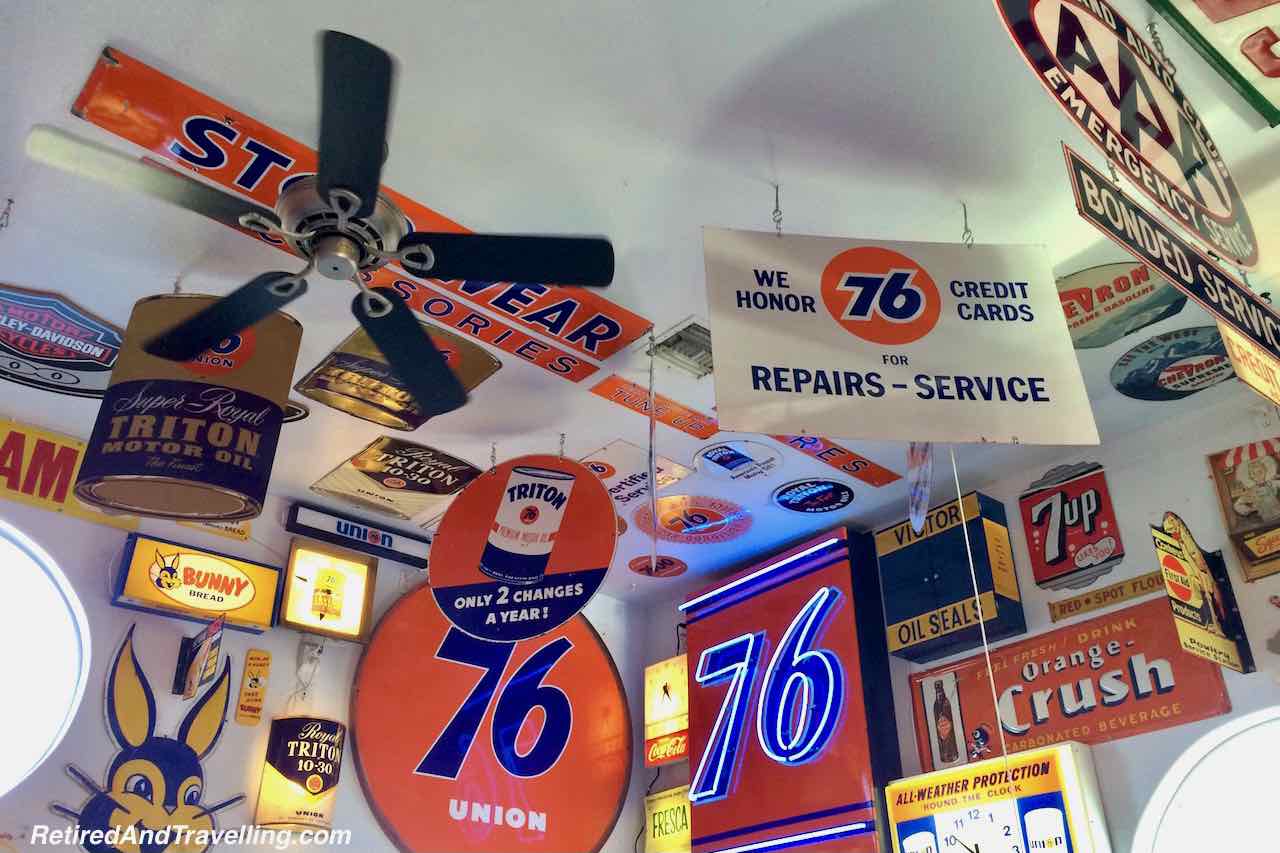 The sun was setting as we finished the last part of our drive. We saw the sunset shade the countryside in gold and red with the last light. 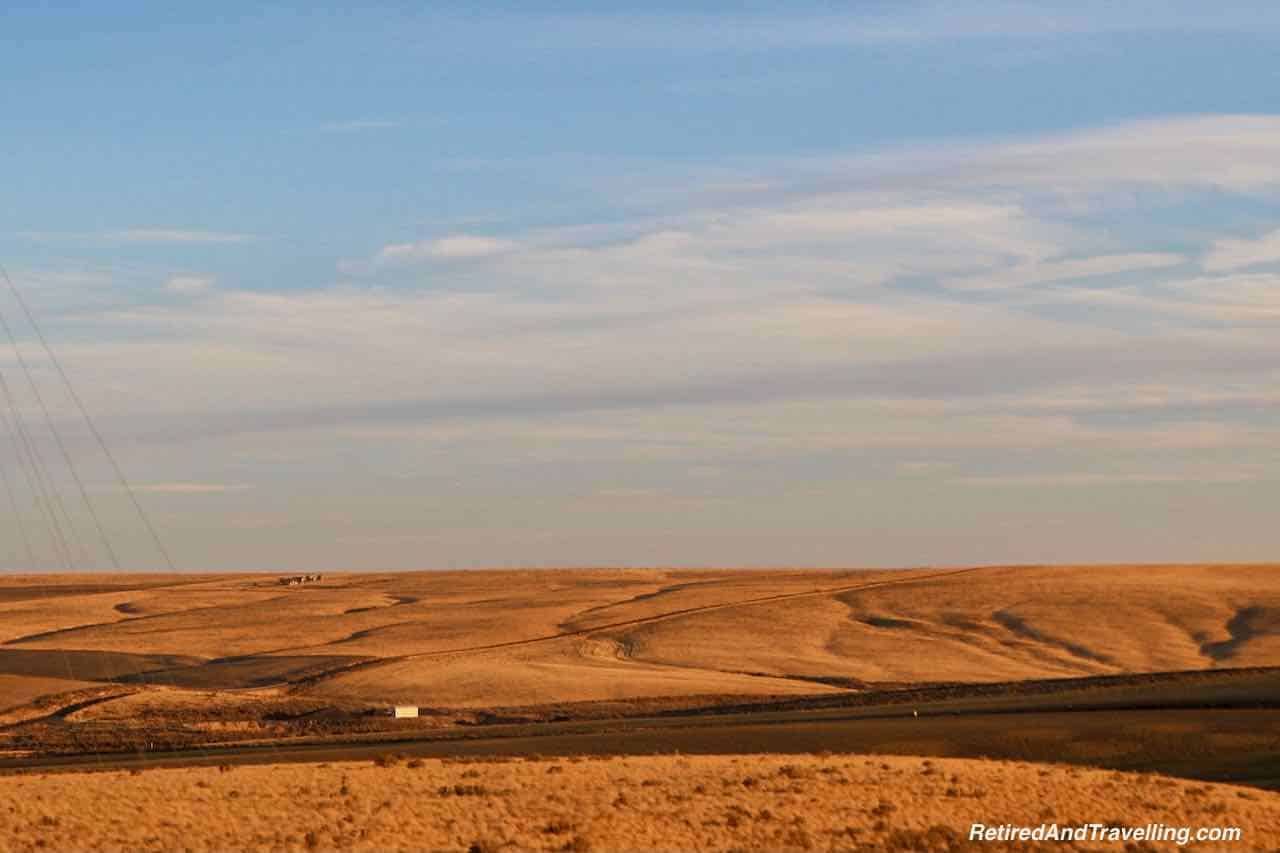 Checking in late to the Best Western, we were a close walk to the Riverfront Park and the Washington state Spokane Chinese Lantern Festival. We already had our bearings from the previous trip so we knew what was close. Trying to get information from the hotel staff and some restaurant staff nearby, we were surprised at how little the festival seemed to be marketed in the area and how little this seemed to be a local attraction.

We could get a ticket voucher for the festival from the hotel.  But David did a recon trip to check out where the gates were and how to redeem the voucher for actual entrance. The bright colours of the lantern displays blended with the fall colours in Riverfront Park. David had our route all planned before we headed out for the night! 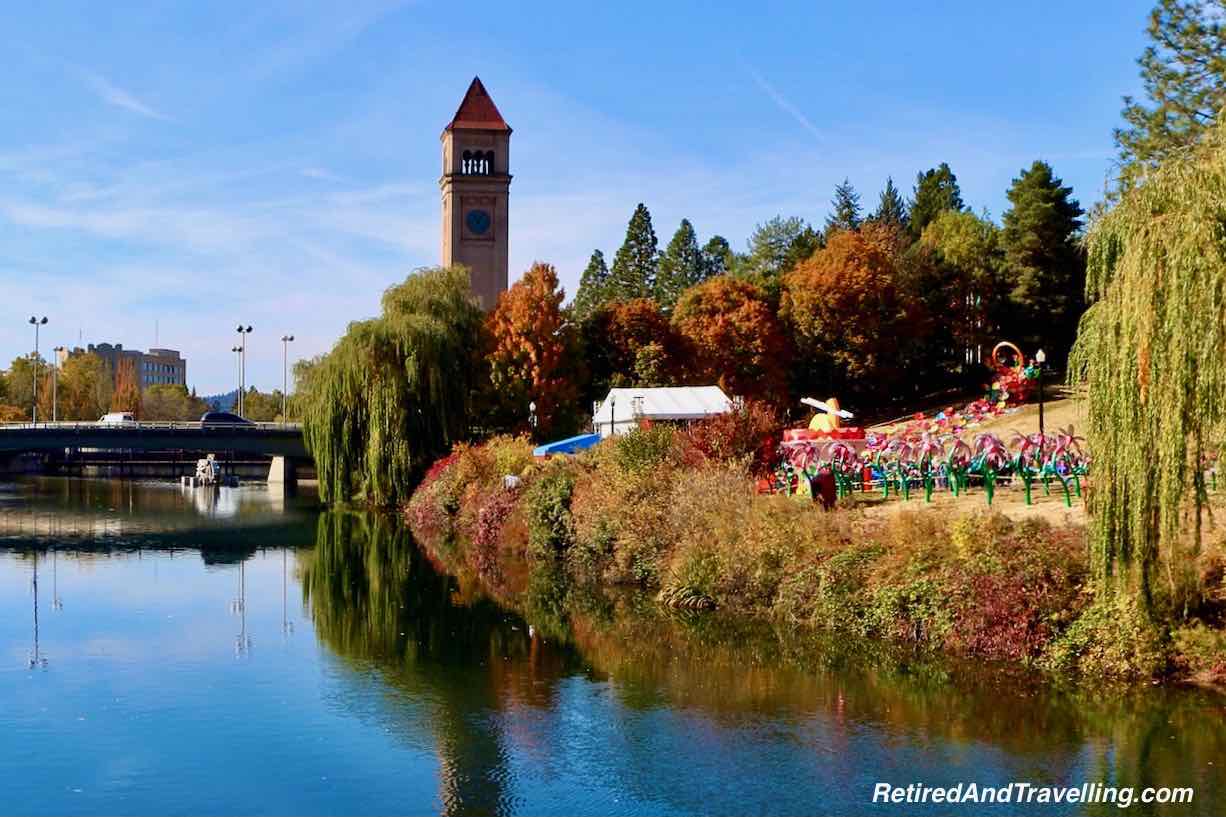 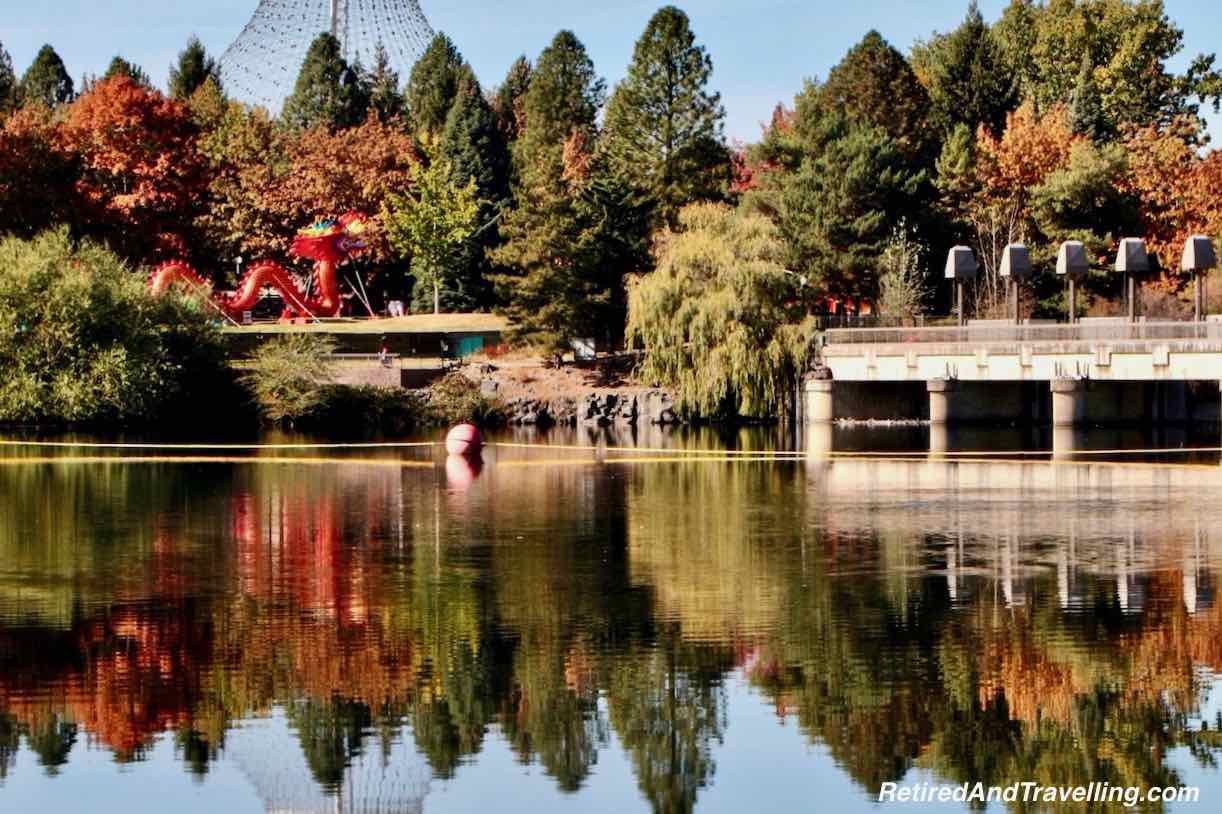 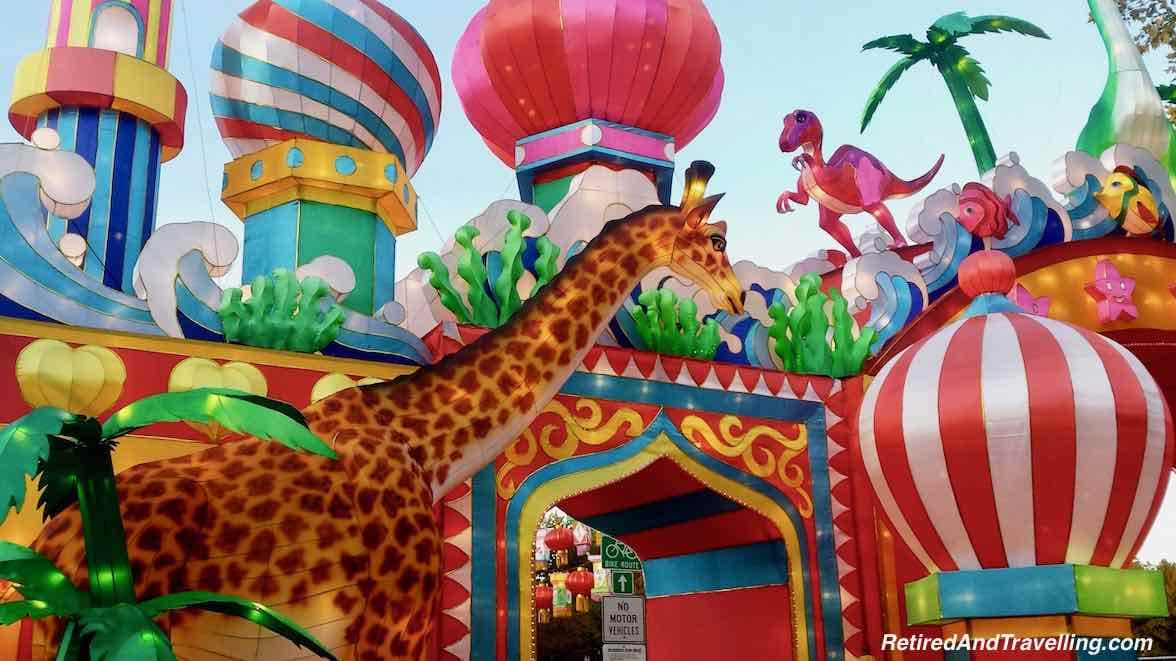 With our voucher, we got in the side entrance that was closer to our hotel. This allowed us to do a big loop of the displays and then we exited at the same gate. 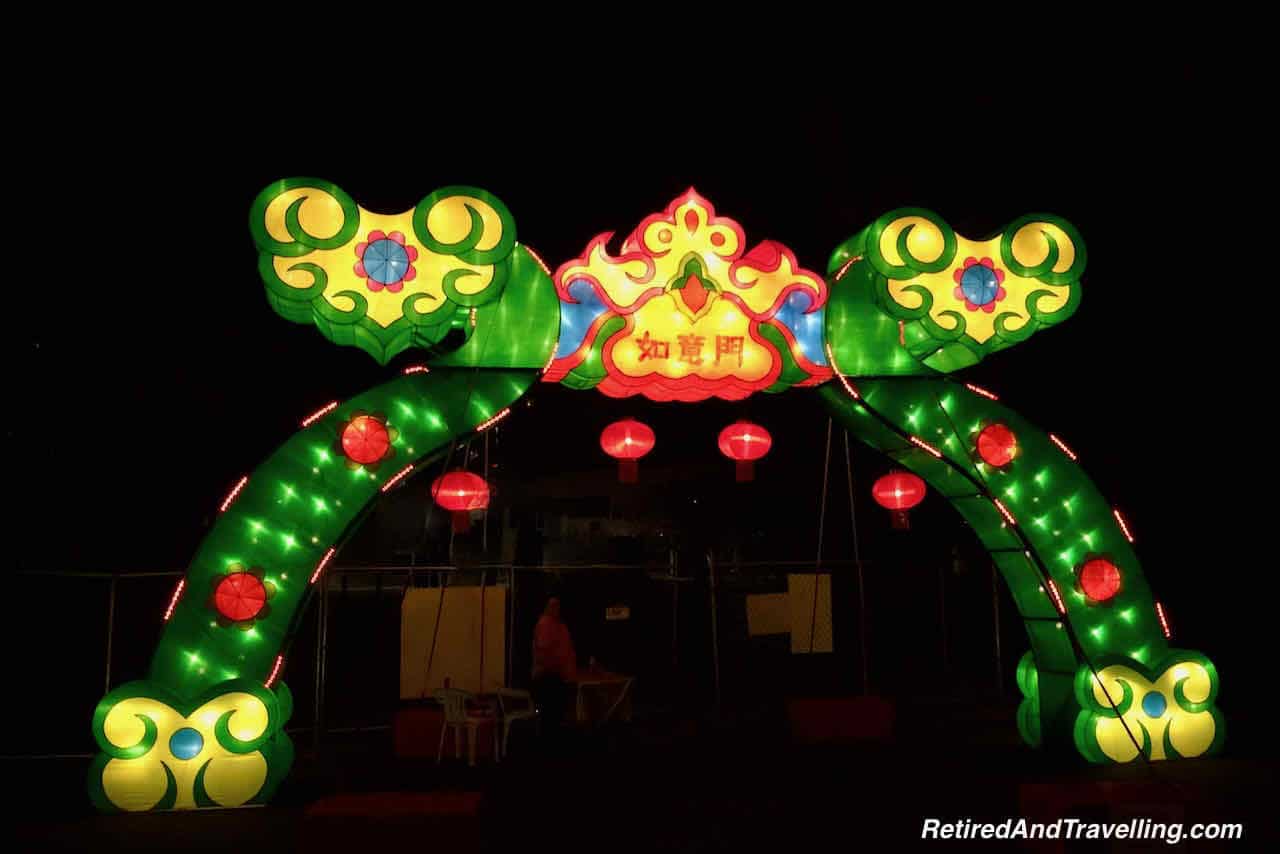 The sun was just setting as we arrived at the park.  So we decided to get some food before the stage show and before we toured the lantern exhibits. The festival was marketed as a celebration of Chinese cuisine.  But the big buffet was not available on our mid-week visit. We picked up take out mediocre Chinese food and settled on the hill to watch the entertainment on the main stage. The entertainment ranged from Chinese chanting music to acrobats to a entertaining “changing faces” dance. I have no idea how authentic the entertainment was.  But the crowd in the park that night enjoyed the show. 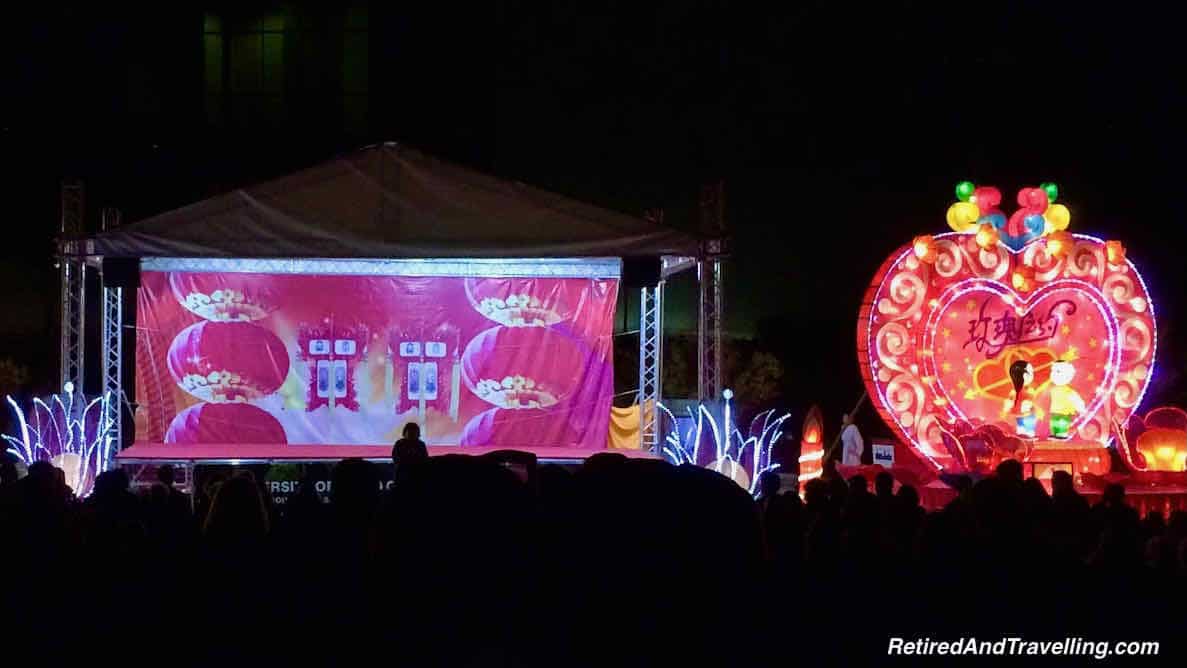 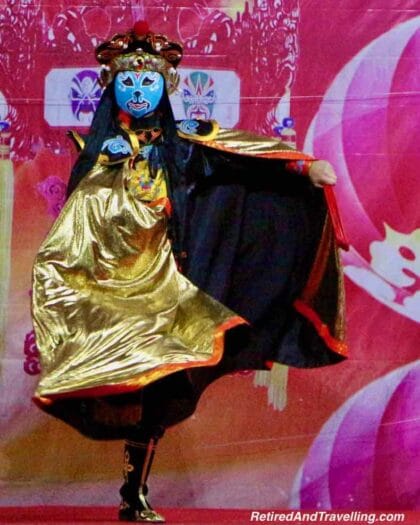 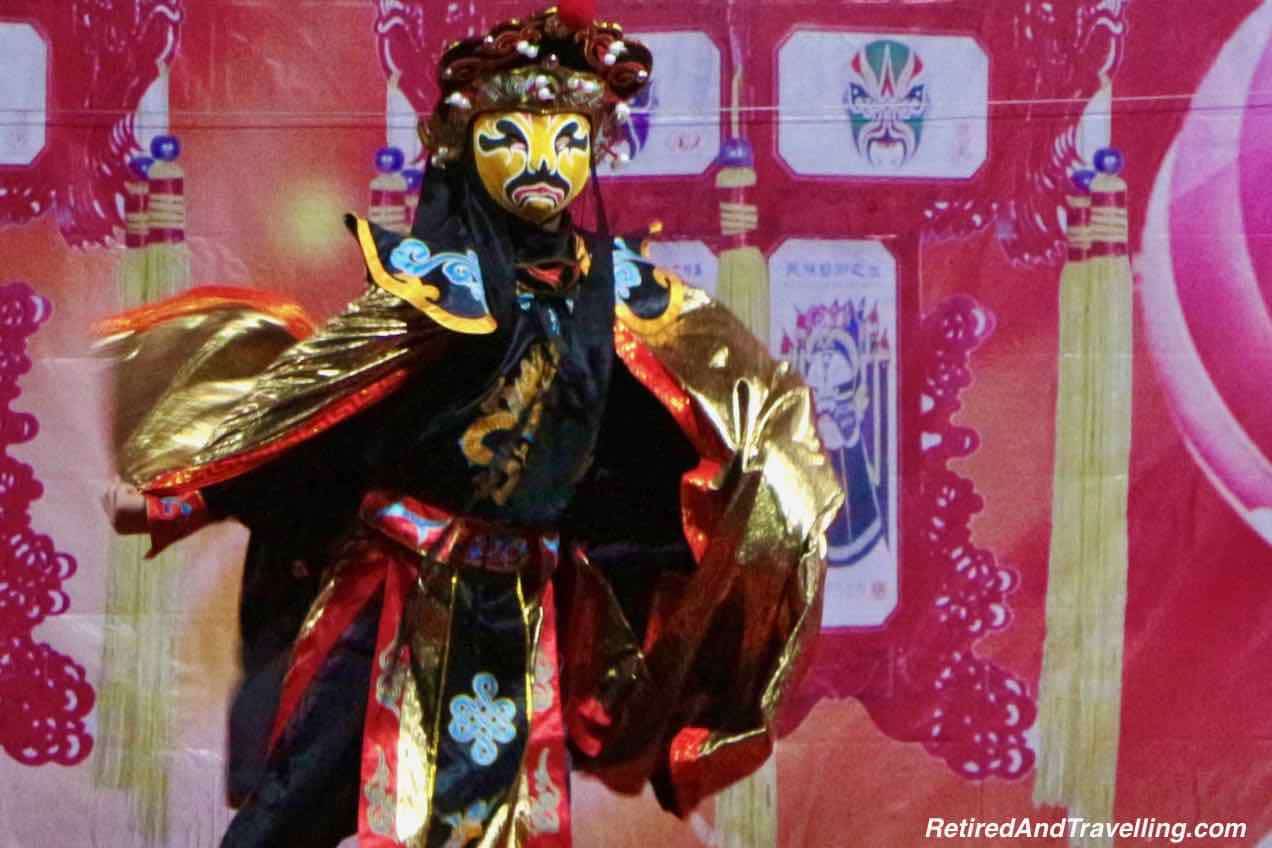 We were now ready to head off around the Chinese lantern displays. 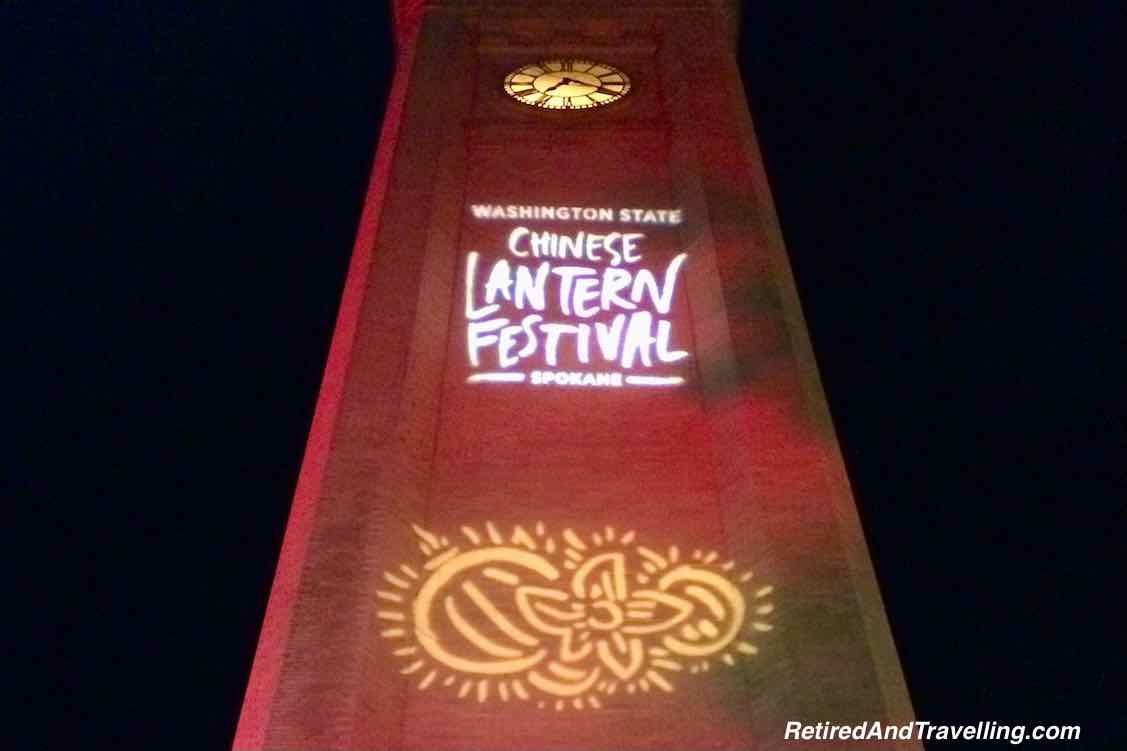 So Many Colourful Chinese Lantern Displays

The park was now all lit up with the colour and light from the displays as we walked with the other visitors around a large loop. If we stood back we got a good overall view of the colour and magic we found as we moved from display to display. 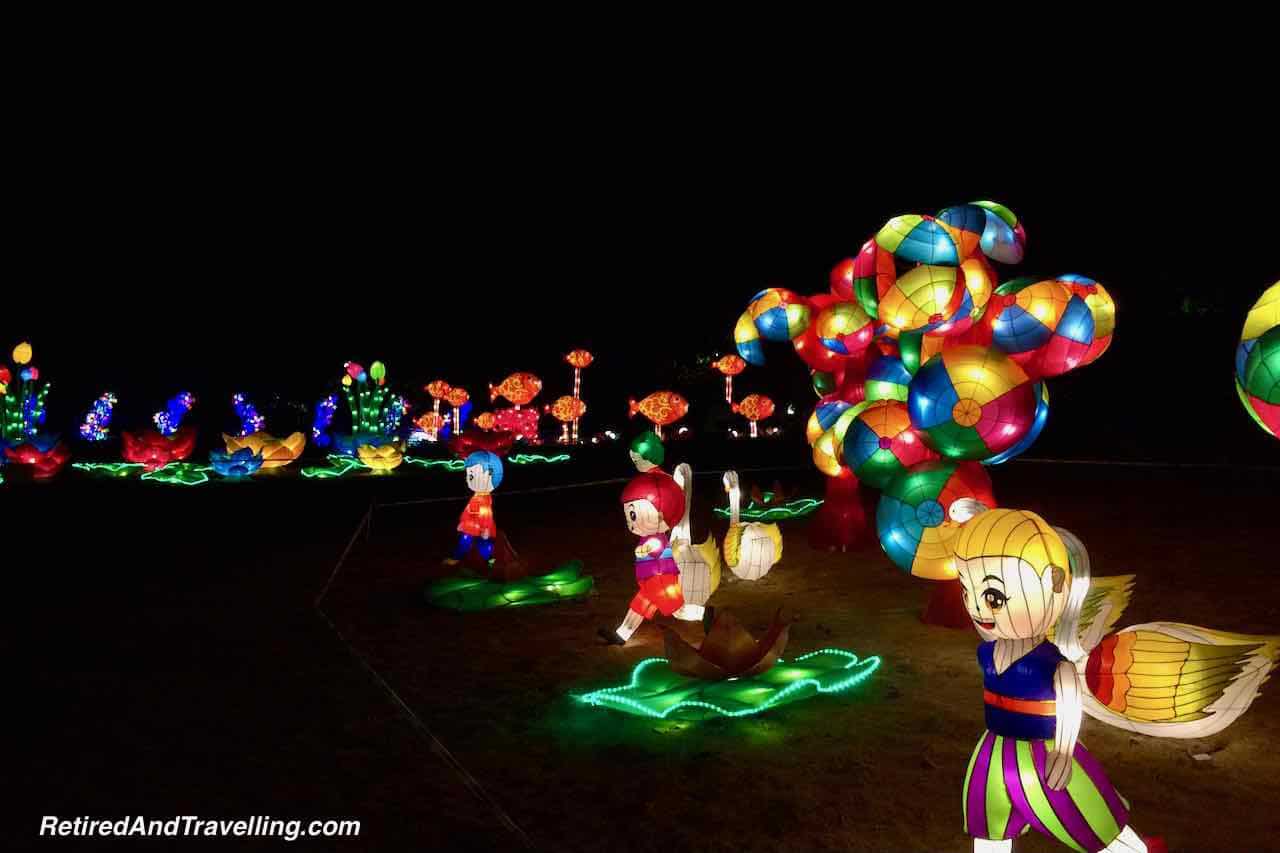 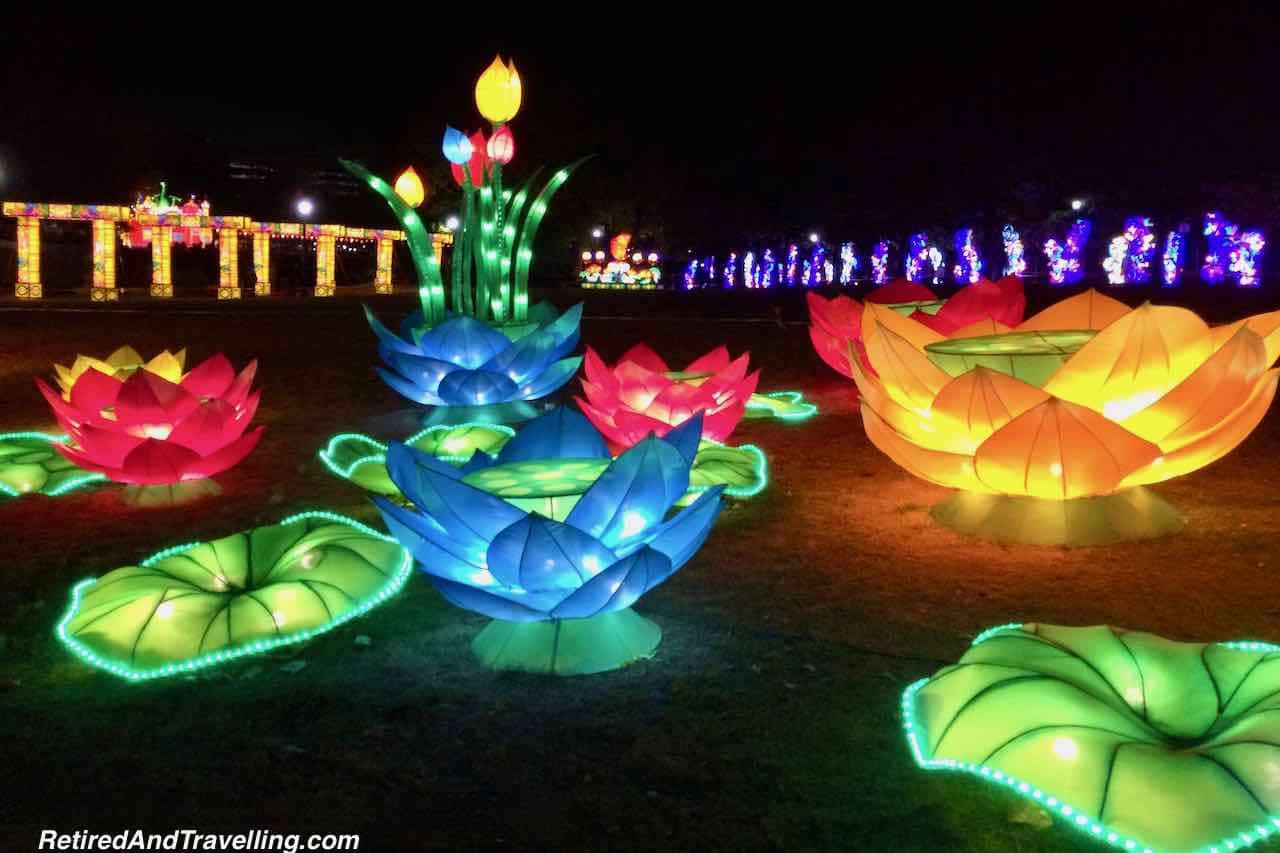 The lanterns were in various sizes, various shapes and generally arranged in a story tableau. While many were aimed at children, kids of all ages walked mesmerized by the artistry of the displays. 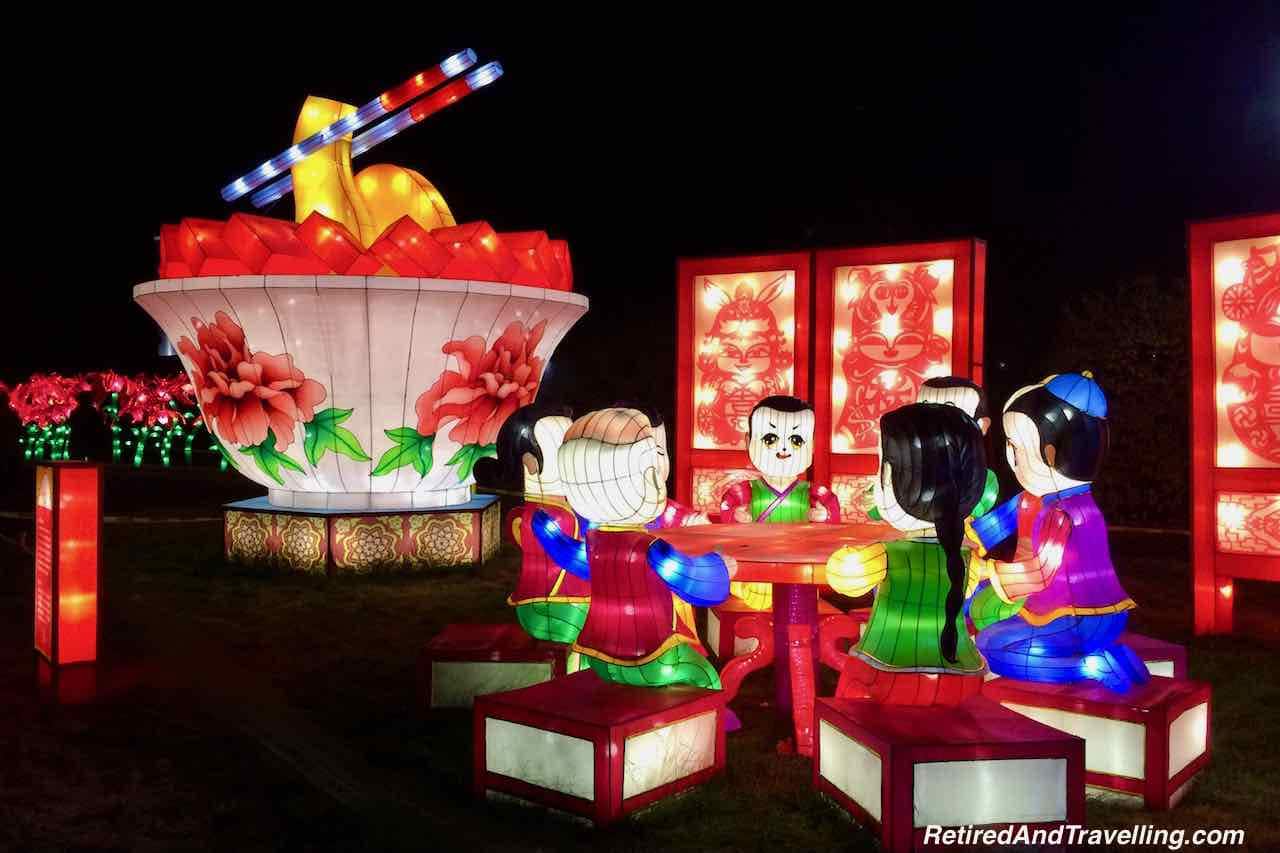 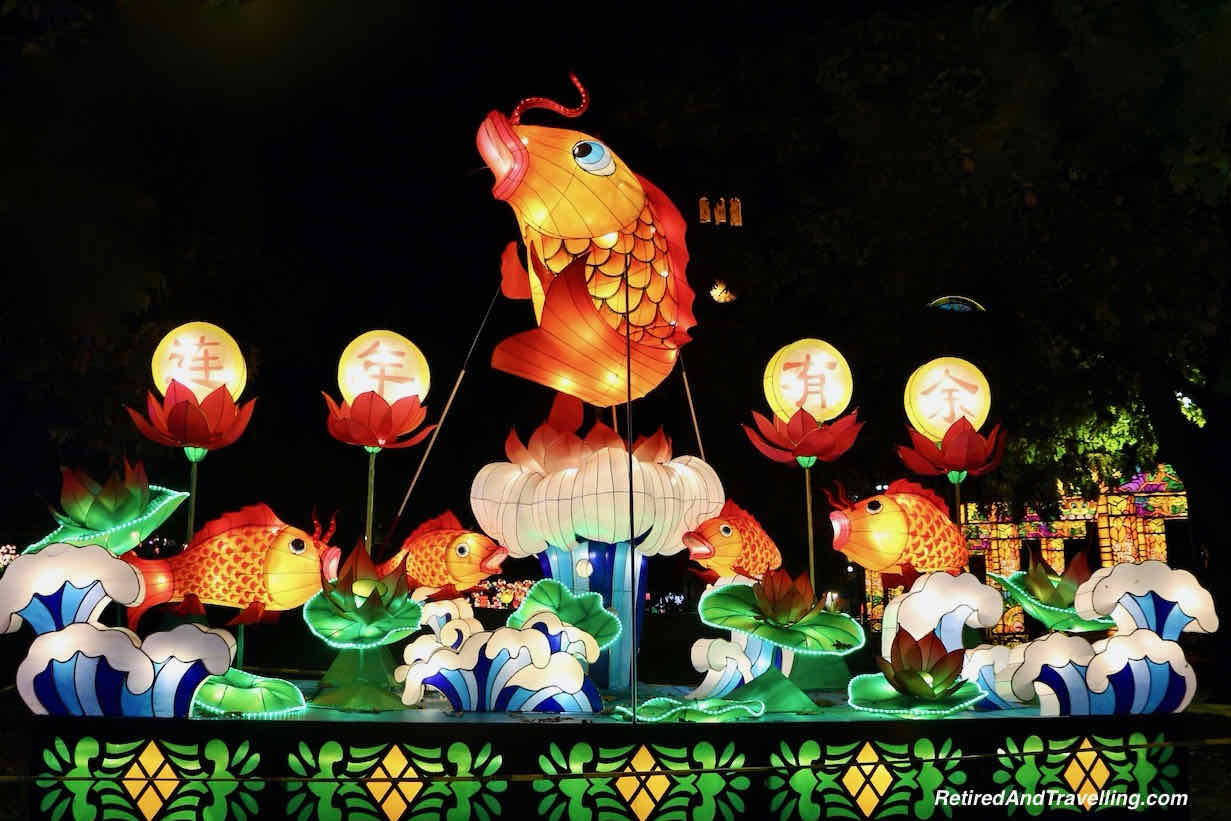 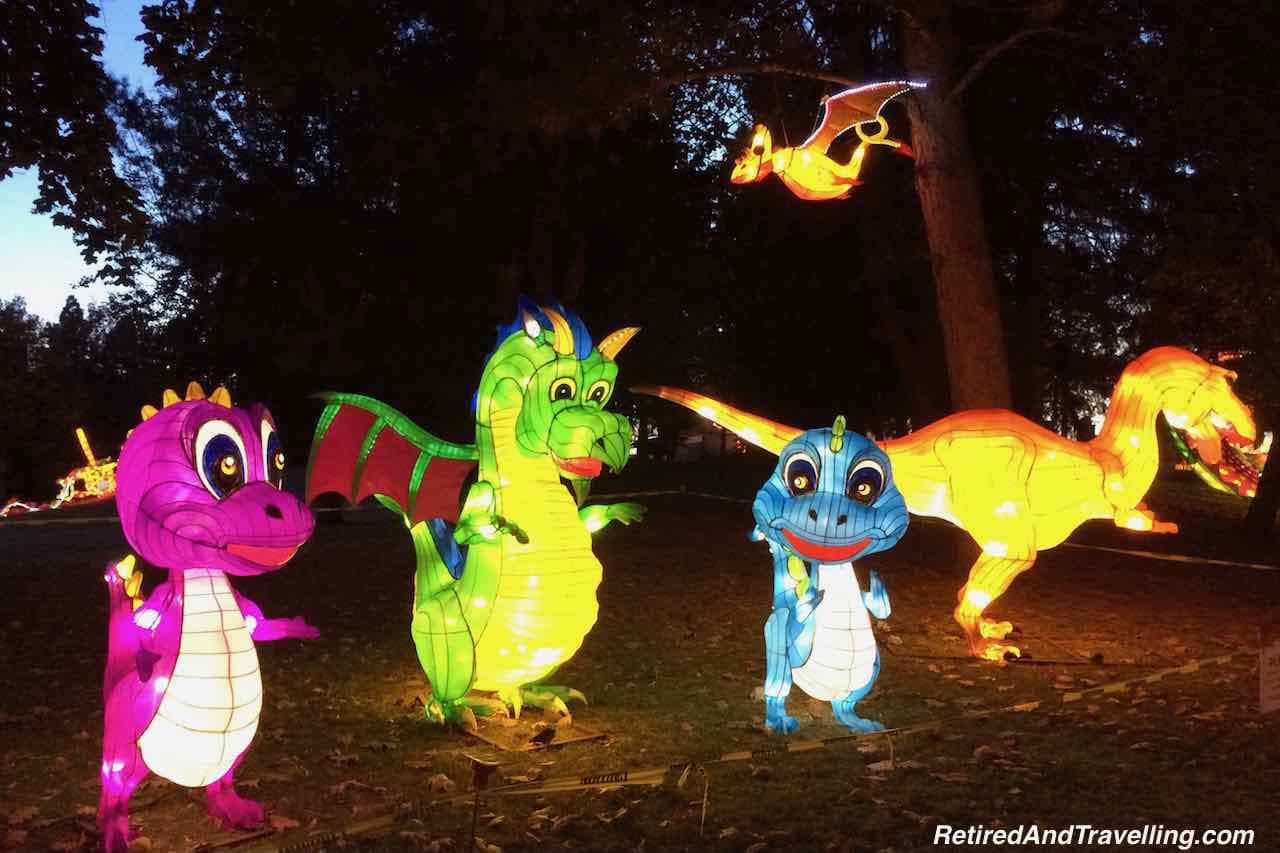 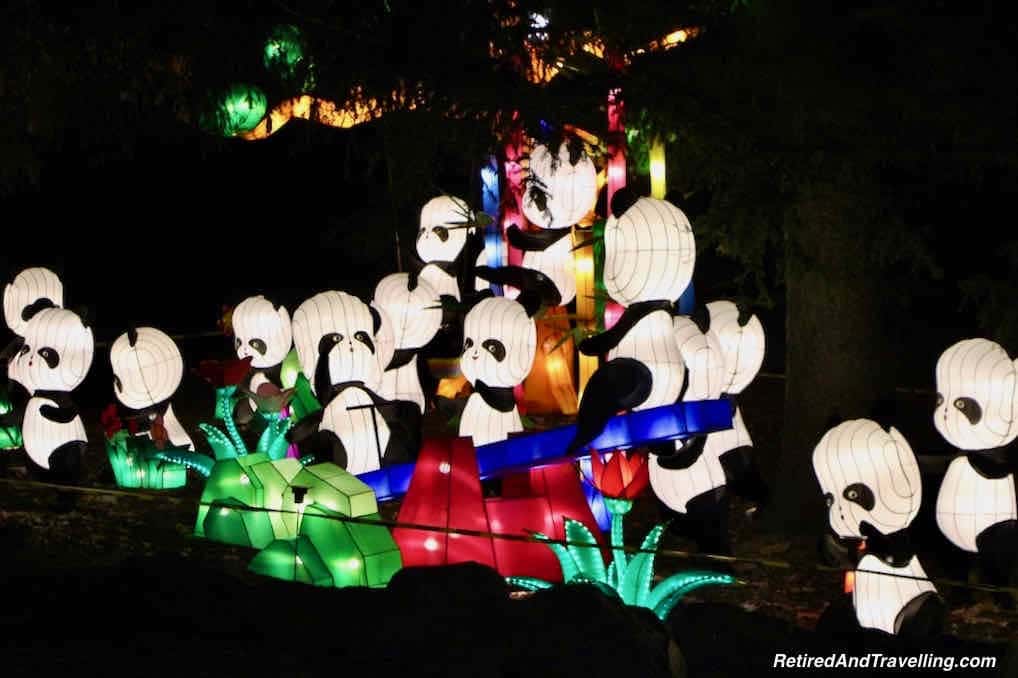 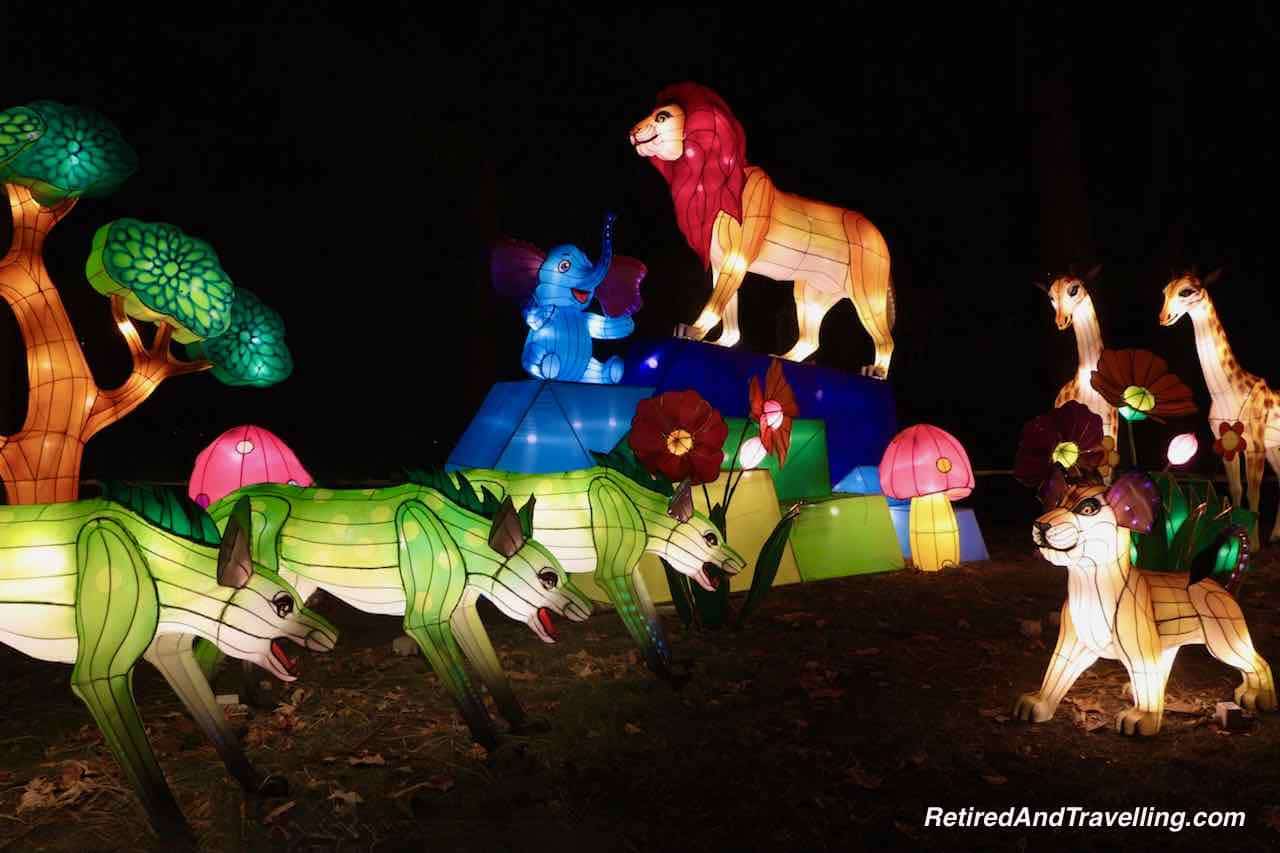 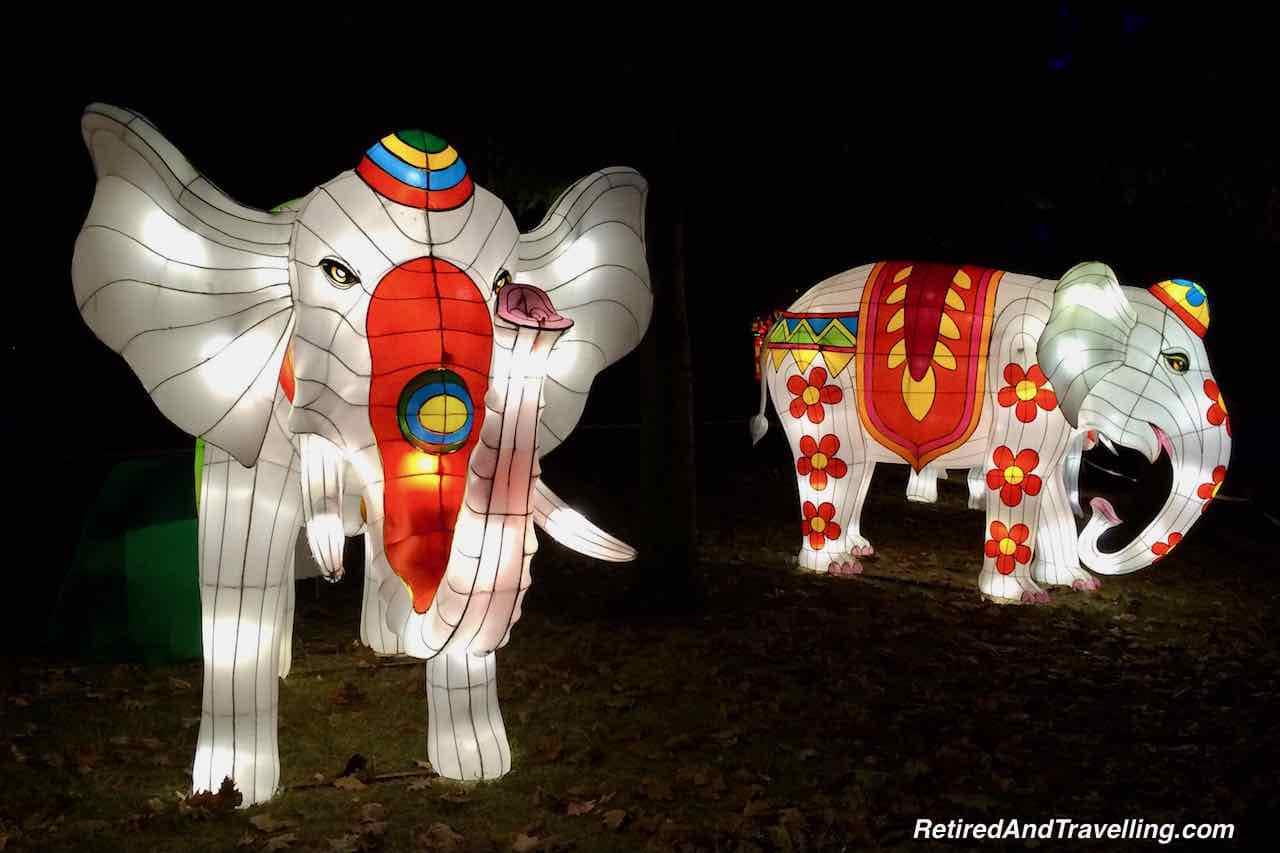 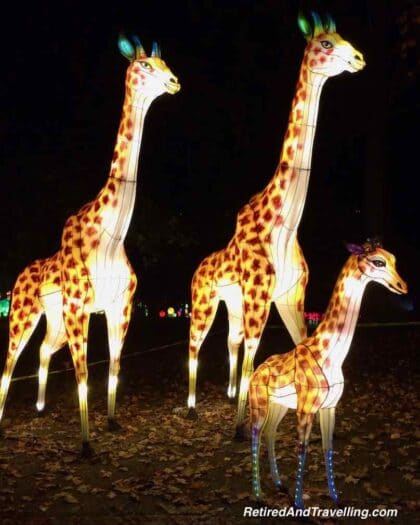 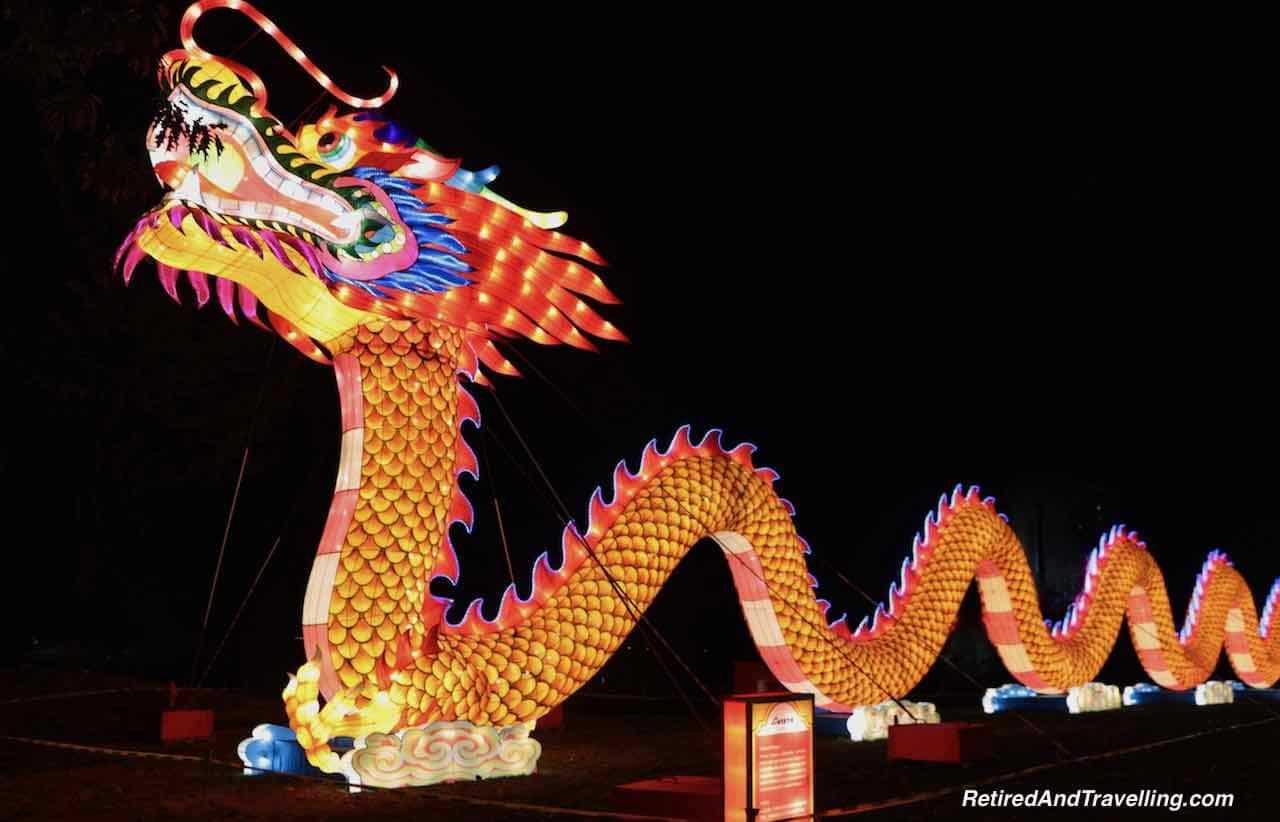 A Great Show At The Spokane Chinese Lanterns Festival

It was a magical night visiting the Spokane Chinese Lanterns Festival. We were so glad we had circled back to Spokane for this event. While you may not hear about this, the festival runs for almost 2 months in the fall and is worth adding to your fall itinerary!  We had been amazed by the colourful balloon bonanza at the Albuquerque Balloon Fiesta this year but we were glad to have added this colour display to our fall travels.

Have you seen the Washington state Spokane Chinese Lanterns? What was your favourite lantern? 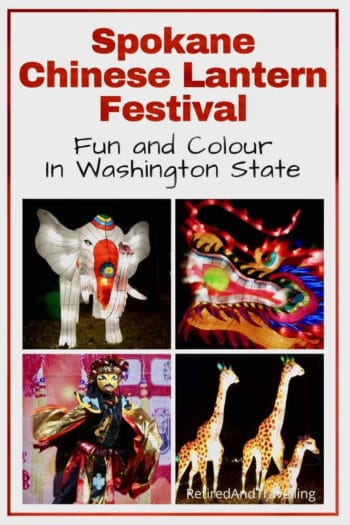 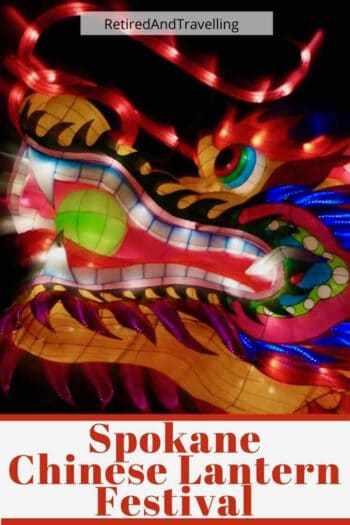 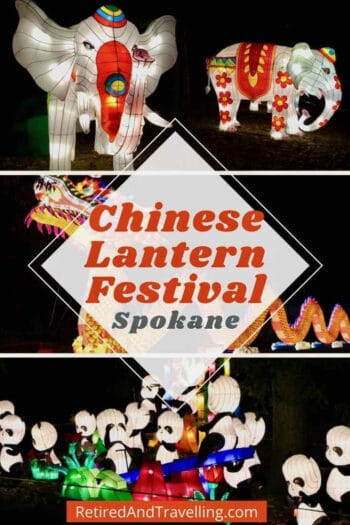